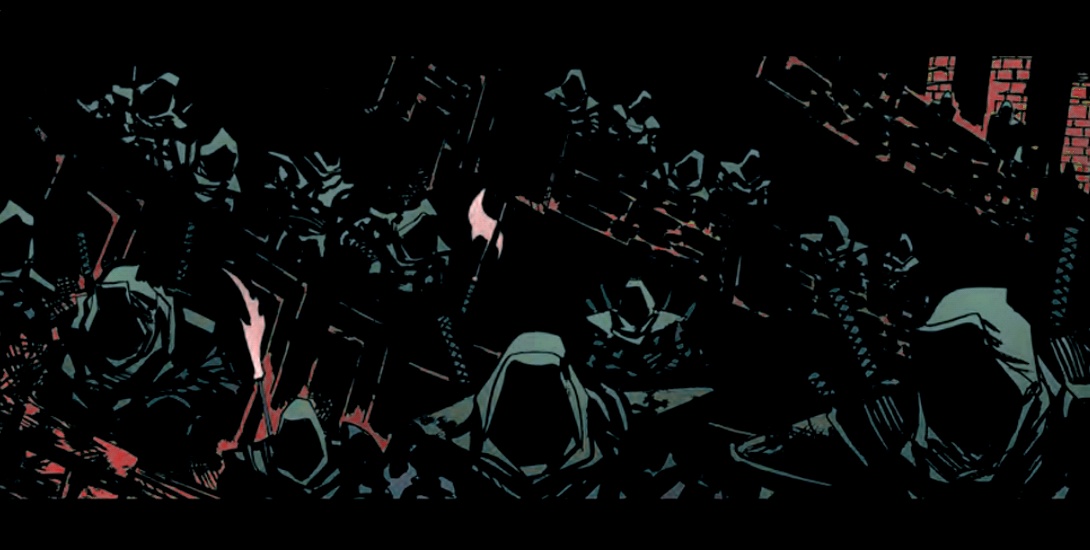 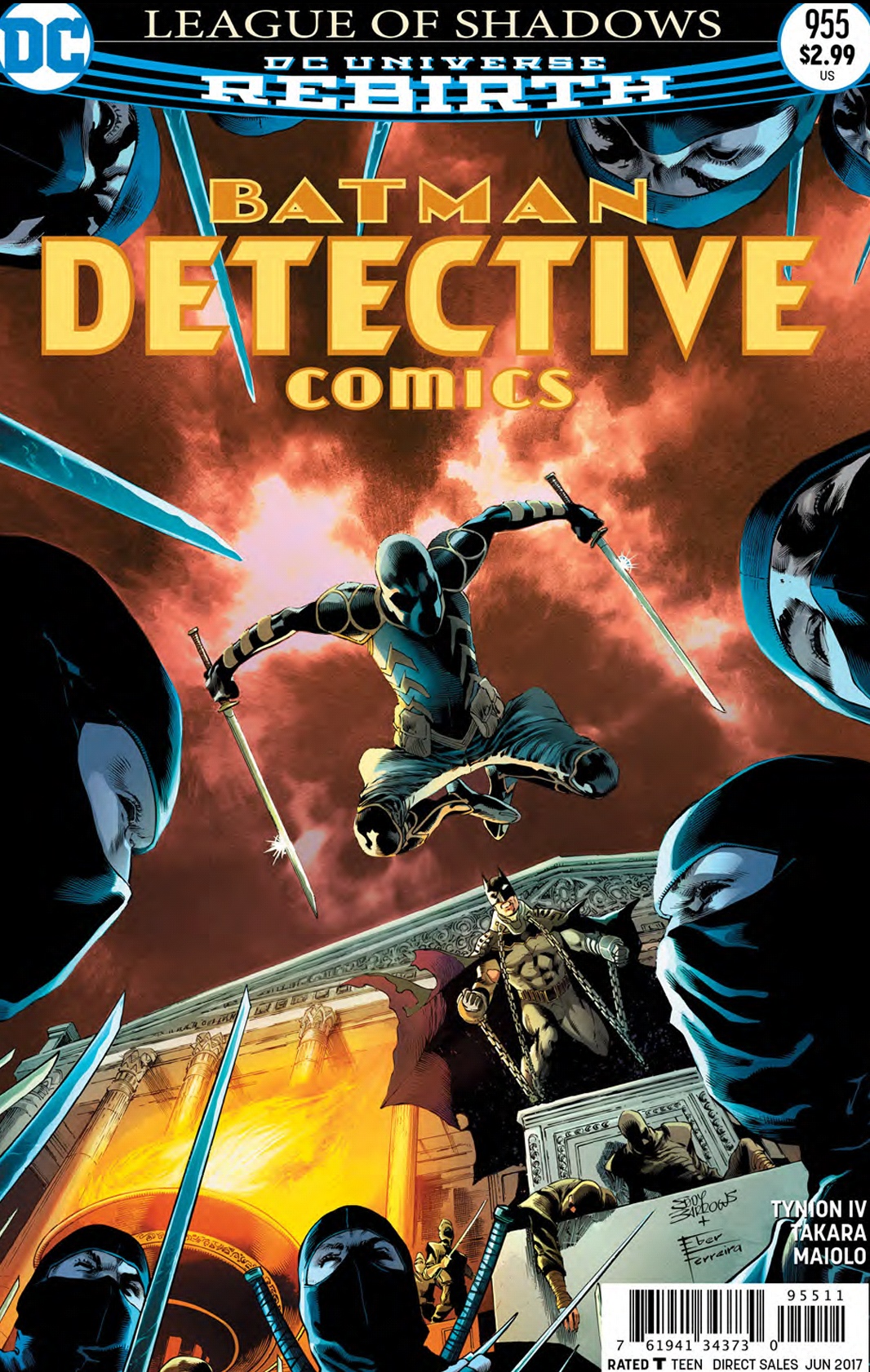 Review by Steve J. Ray
I really love this series. Issue after issue, it just delivers. Great writing, superb art, action, drama, characterisation, pathos… the whole nine yards.
We last saw Team ‘Tec devastated by The League Of Shadows; The army of assassins, led by Lady Shiva and stolen from R’as Al Ghul. Batman has been beaten, first by his own ally, Orphan, and then by Shiva herself. Clayface has been captured and spread too thinly to take on a firm shape. Batwoman, Batwing and Azrael are in chains. Red Robin is missing, presumed dead and Spoiler is A.W.O.L. Only Orphan is still free, but we last saw her inundated under a tidal wave of ninjas, after already being battered and bruised at the hands of Lady Shiva.
While Detective Comics is primarily a Batman book, it stands apart from the others. Primarily because the supporting cast is every bit as great as the Dark Knight himself.
The League Of Shadows storyline is truly Cassandra Cain’s moment in the sun. From the milestone issue #950, this tale has been Orphan’s baptism of fire. Her moments watching the ballet, her training as a master of combat through the language of movement… all of it has been leading to right here, to right now. 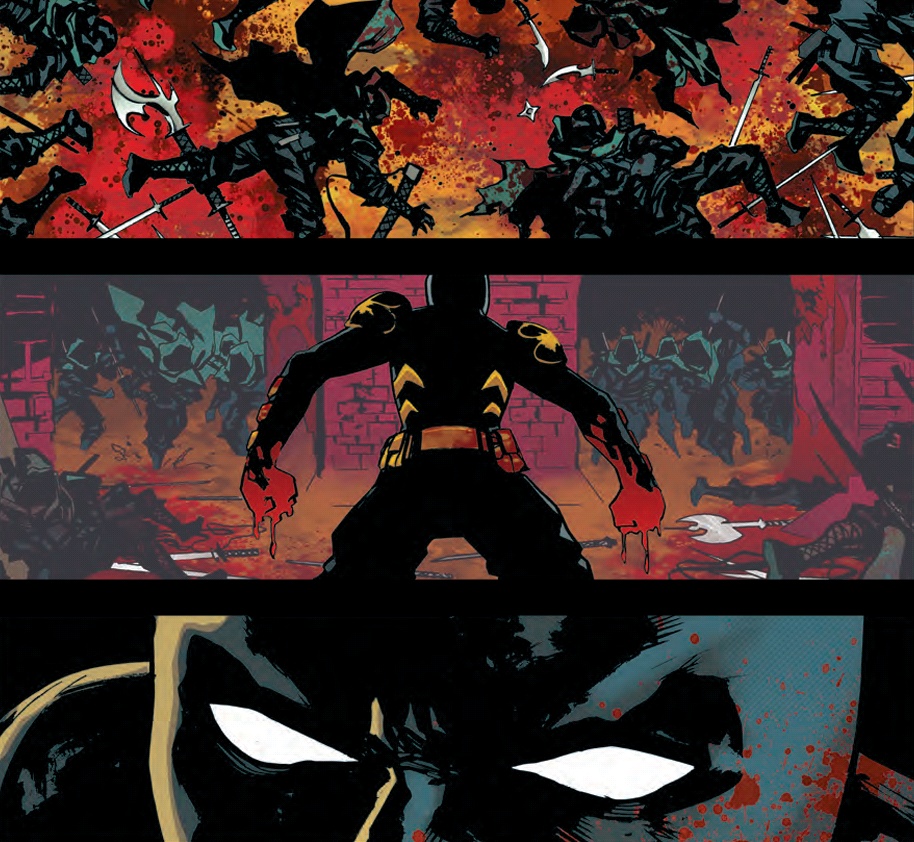 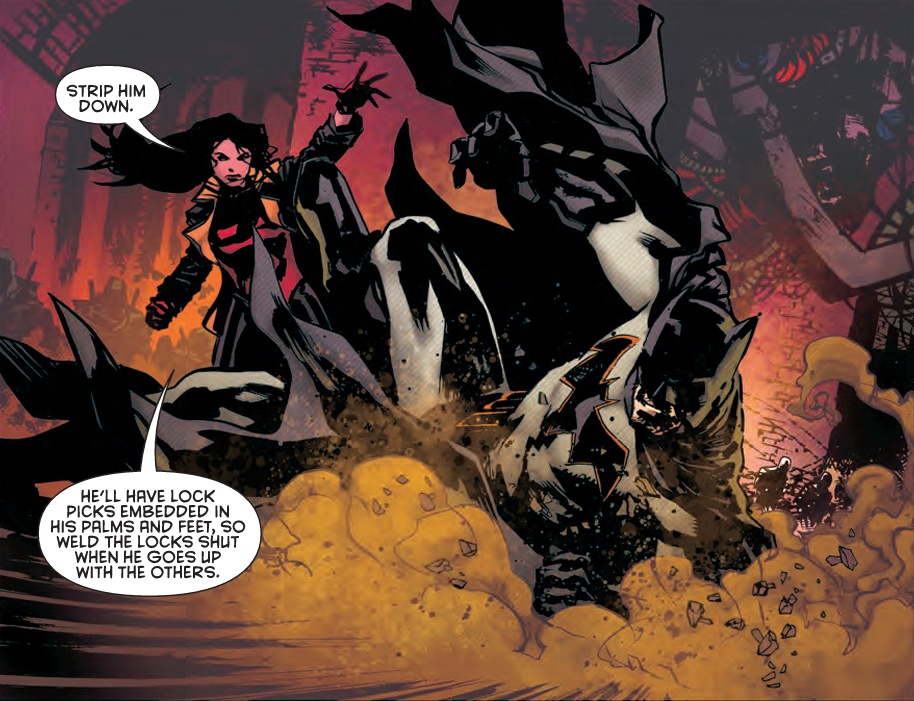 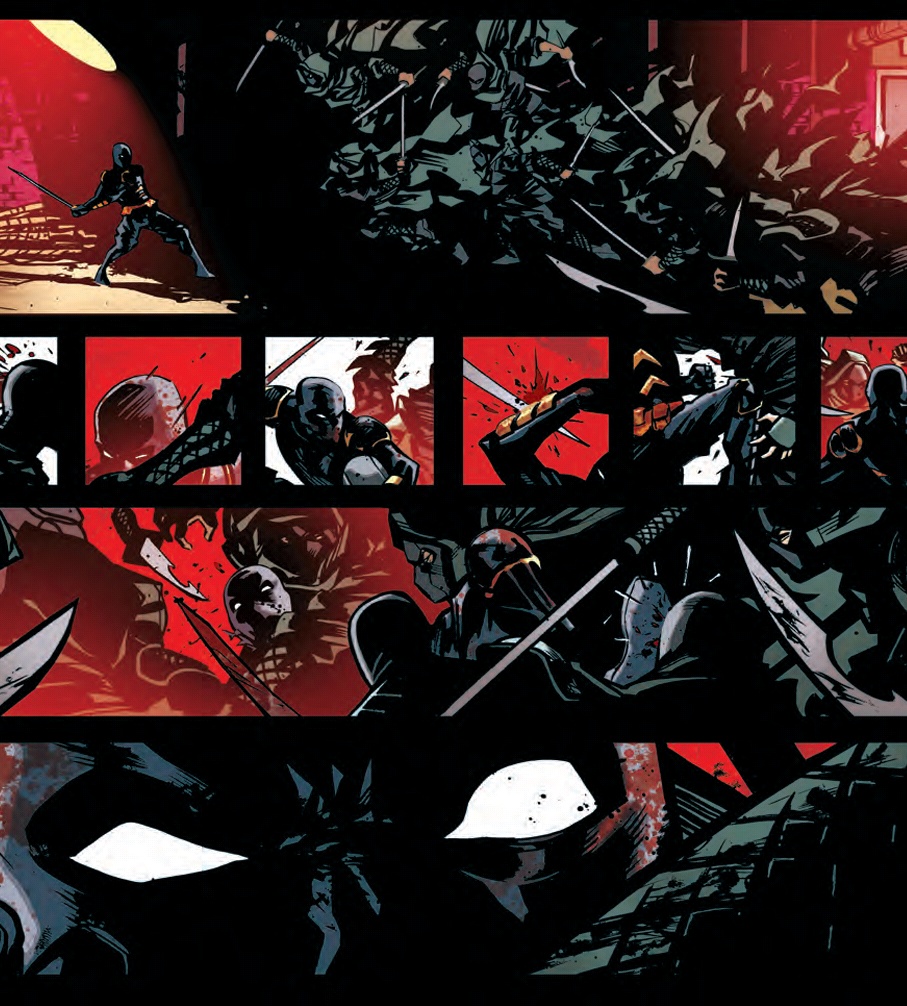 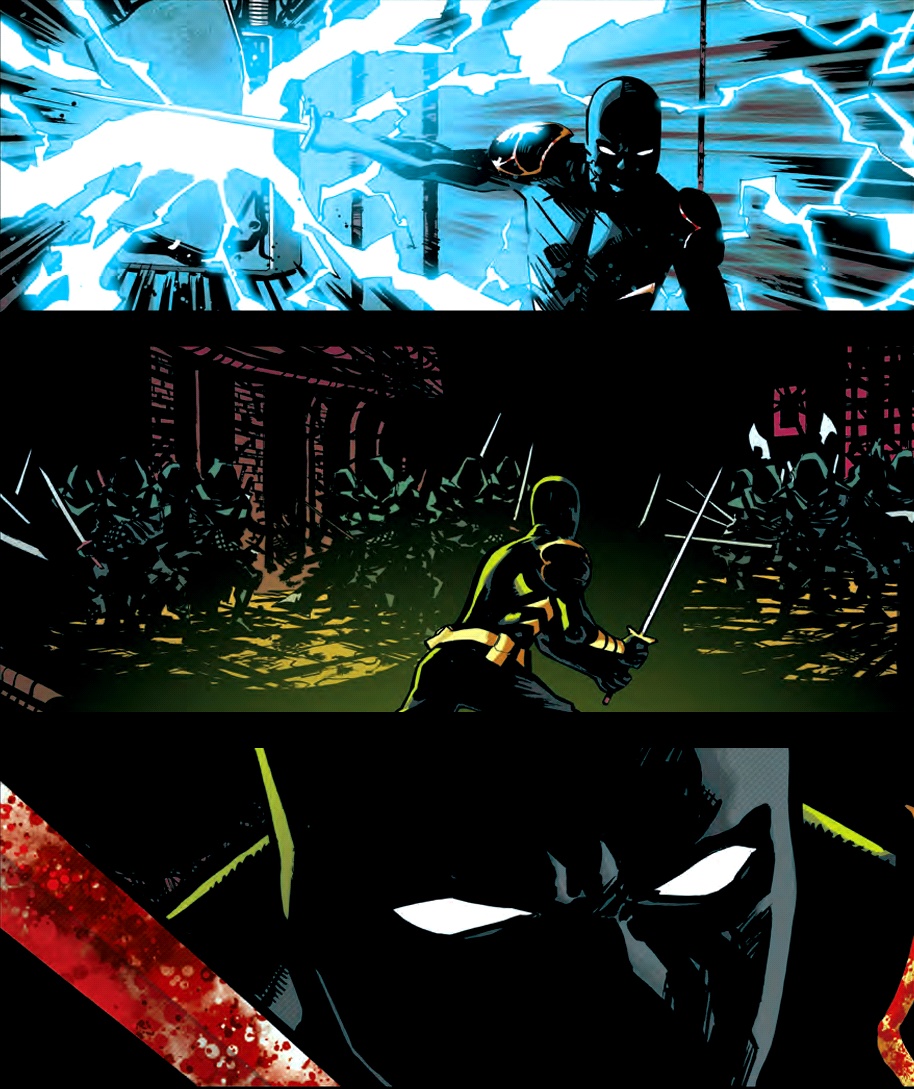 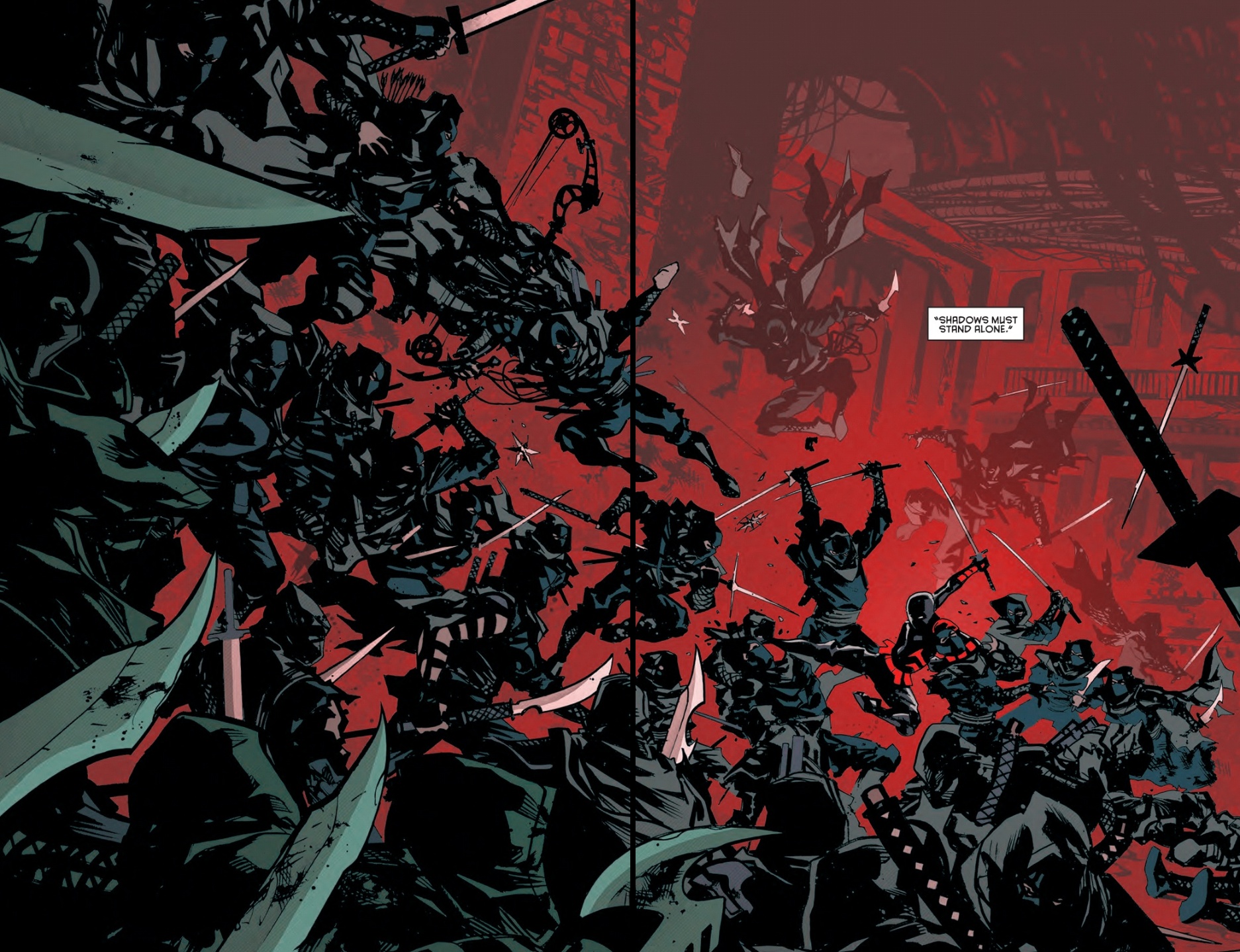 I’ve loved the character of Cassandra Cain since waaayyy back to her first appearance, in the legendary No Man’s Land story arc from 1999. It’s hard to believe, but the character has been around for almost eighteen years! She was originally brought in as a new Batgirl, at the time when Barbara Gordon was in a wheelchair and operating as hacker supreme, Oracle. Cass’ premise of being a killer who hated to kill was always fascinating to me. She was written brilliantly and shone for a couple of years, but then vanished into the background. I always found this very frustrating, as I always thought that she had so much potential.
Thankfully, it seems that James Tynion IV agreed. He’s taken everything that was great about Orphan and dialled it up to 12. We already had a Batgirl, and a Batwoman, so he made Cassandra something new – Orphan. We knew her father, but never her mother. Cassandra’s old man was an assassin, so Mr. Tynion made her mom something worse – Shiva. We already knew how intricate her reading of movement as a language could be, but James Tynion IV made her fight Batman, made her battle Shiva, and then buried her under a mountain of ninjas!
Bravo, Mr Tynion. Bravo.
I’ve already waxed lyrical about the writing, but let’s not forget the artist – comics are a visual medium after all. Marcio Takara is a star. In my review of Detective Comics #954 I said that I wasn’t familiar with his work, but that I loved it. In this issue the art is phenomenal! Huge fights, tempered with subtle character moments. Massive crowd scenes and double page spreads, coupled with tight closeups on faces full of emotion and expression. Fantastic draughtsmanship and storytelling at its finest. Absolutely stellar.

Detective Comics is having an incredible run, right now.  The book has consistent character development, thrilling writing and beautiful art. Add to all that the tension inducing and nail-biting cliffhangers – and the latest one is a killer –  I am left with no other choice than to give this issue the ever elusive (though richly deserved):