Showing posts from October, 2019
Show All

Welcome to the first of our year long, monthly looks back over Jeph Loeb and Tim Sale’s The Long Halloween follow-up series: Dark Victory. Just like its predecessor, Dark Victory is densely plotted and has layers of allusions. We’ll break down each chapter every month for the next 13 months. Here are my thoughts on Chapter One: “War” Review by Eric Lee PrologueThe prologue begins with a violent reinterpretation of Batman’s beat-down of Alberto Falcone during Labor Day, but this time from Falcone’s perspective. Apparently, Batman did more long-term damage to Alberto than initially thought, as it is revealed that his right hand was permanently crippled. 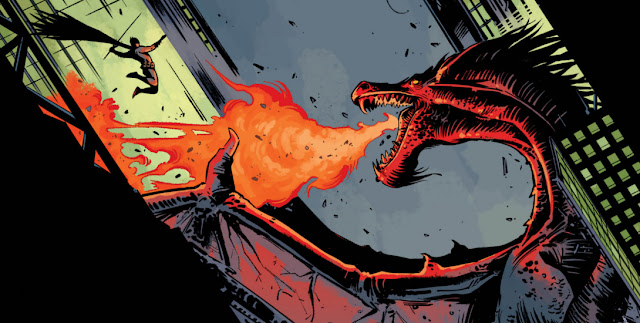 "From The Diary of Alfred Pennyworth - A Batman Tale Like No Other" is the caption on the cover art of the latest Batman release. Whilst this may not strictly be the case, it's certainly true that, as is the norm with annuals, this comic takes a break from the current story arc to shine a light of the never ending nature of Batman's war on crime, and all the various facets that it involves. Boy, does it ever highlight variety! 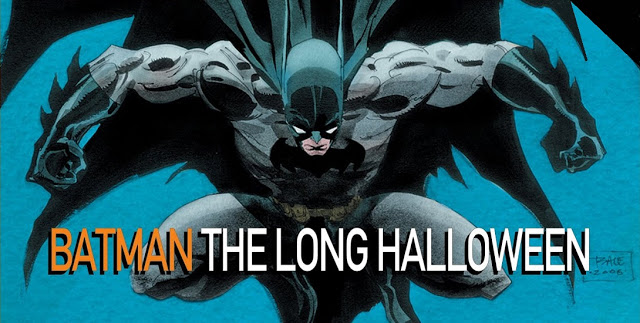 "Punishment" Writer: Jeph LoebArtist: Tim Sale
Color Artist: Gregory Wright
Letterer: Richard Starkings It’s the final chapter of “The Long Halloween” and Alberto Falcone has been revealed as Holiday, but that may not be enough to stop his killing spree. Also, what will happen when Two-Face finally rears his ugly head? The CoverBefore diving into the actual issue, let's examine the cover. The image is layered with symbolism and allusions and depicts a half-rotten pumpkin, which is an obvious visual callback to the first issue’s cover. The half-decaying look symbolizes Two-Face, but also represents Batman, Gordon, and Dent’s fraying mindset. The desecrated nature reflects how shaken their values are left, after the events of this chapter.

The pumpkin’s face represents Two-Face and other concepts.
Alberto “The Good Son”Alberto definitively states that he is Holiday. The irony is that he was always the “Good son” who never directly participated in the family business, but now, h…
Post a Comment
Read more 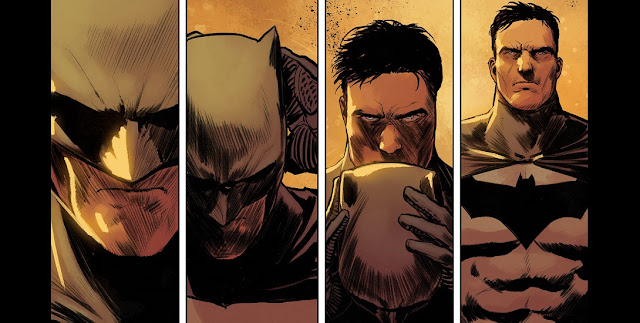 Preview Direct From DC Comics
Take a look at Mikel Janín and Jordie Bellaire’s preview pages from Batman #82! Remember the “Knightmares” chapter featured in Batman #62, by Tom King and Mitch Gerads? Batman had batarangs taped to his chest to counter against the inevitability of being tied up and hung upside-down, when he was swinging on a hook, after being captured by Professor Pyg. Well, it’s time to  break out your back issues, my friends! True-to-form for Tom King, those batarangs are back! It’s “City of Bane” part eight, as Mikel Janín rejoins Tom King for the climactic chapters of the epic, sold-out storyline that’s sent Gotham spinning into chaos and tragedy! Batman and his allies wage war on the City of Bane, but an unexpected turn of events will send everyone reeling. Will there be another death in the family, or can the Dark Knight break Bane’s iron grip on Gotham City? City Of Bane
Post a Comment
Read more
More posts