Showing posts from June, 2020
Show All

Podcast Time: "Superheroes For Dummies" And The Comics In Motion Network 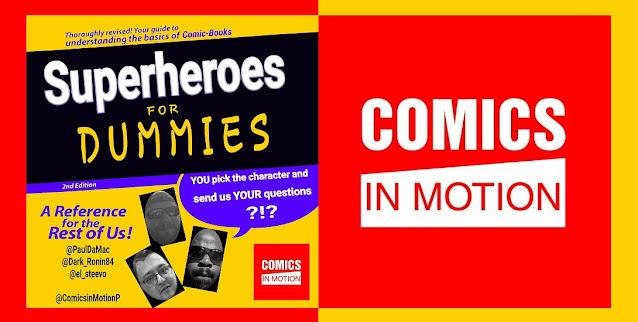 Article by Steve J. Ray Podcasts have become a huge part of pop-culture. Fantastic Universes has its own shows (which will be coming back soon, including a brand new series called "Legends Of The Dark Knight") and last year we partnered with the amazing Retro Project Podcast , to share their shows on this site for a U.K. audience. Recently, two friends;  Paul McGuigan , Daniel Belgrave , and I, started a new show called "Superheroes For Dummies". Paul is a newcomer to the world of comic-book characters, Daniel has some knowledge, but more from video games, TV and movies. Of course, I'm a mega geek/ultra nerd, so we cover the whole spectrum. For content, we ask fellow fans on the internet, via Facebook and Twitter, to nominate the characters they want to know more about, and get them to send us their questions about said characters. We've aired two episodes so far, and they've been great fun. Here are Spotify links to both: https://open.spotify.com/episod
Post a Comment
Read more

Podcast Time: "I Am The Night" And The DC Comics News Network 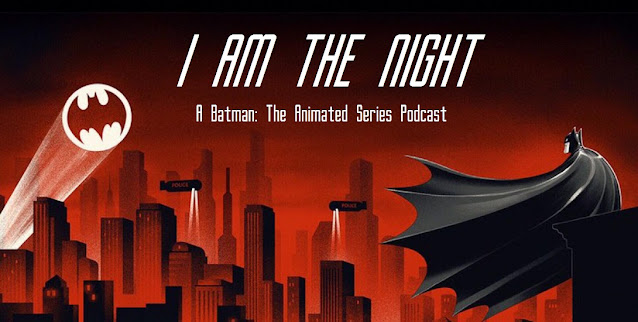 Article by Steve J. Ray Hello, dear reader! Over the last three years or so, many of the writers and reviewers on this site have also taken to creating terrific audio content, myself included. I've received a ton of mail requesting a place where all of these shows could be picked up in one place, and I listen to my readers. Here is the first post, with links to the show I make with my son, and fellow writer on Fantastic Universes , DC Comics News and Dark Knight News , Adam Ray . "I Am The Night" is a weekly show where we break down and discuss every episode of the legendary Batman: The Animated Series . https://podcasts.apple.com/us/podcast/i-am-the-night-1x01-on-leather-wings/id1318138081?i=1000451178163 On occasion we also have a guest on the show, such as reviewer and podcaster extraordinaire, Max Byrne . The DC Comics News Network also features a weekly news show - "The DC Comics News Podcast" - which looks at all the major DC News; Movies, TV and streamin
Post a Comment
Read more

Fan Retrospectives: Spider-Man: The Clone Saga: Part 20: You Say You Want an Evolution 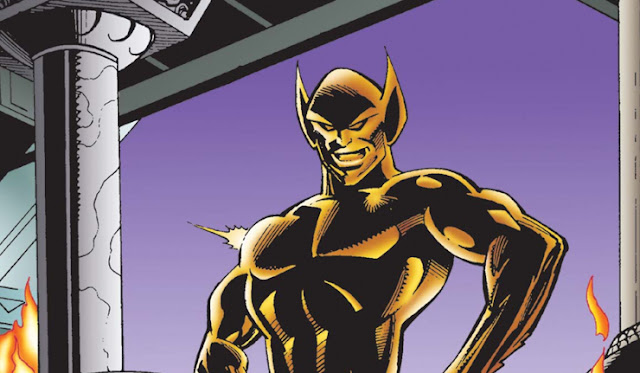 The Spider-Man Clone saga is one of the most reviled story lines ever. It featured the return of Spider-Man's clone Ben Reilly, but also dragged Spider-Man through one of the strangest, series of conspiracies and narratives that the franchise have ever seen. But... is it really as bad as the internet would have you believe? Come with us as we review the Clone Saga story arc by story arc as we uncover how one of comics' most infamous series holds up today. "You Say You Want An Evolution" Spider-Man: The Parker Years #1, Scarlet Spider Unlimited #1 Writers: Evan Skolnic, Glenn Herdling Artists: Joe St. Pierre, Tod Smith Review by Eric Lee Now that Ben is officially Spider-Man, one would think he'd jump into the role. But that's not the case. Thanks to a marketing stunt, all the Spider-Man titles were re-started with the Scarlet Spider name for a few months. So Amazing Spider-Man turned into Amazing Scarlet Spider and so on.  According to t
Post a Comment
Read more

Article by Steve J. Ray Rumours have been circulating that Warner Bros. and DC Comics have allegedly been planning an online comic-con style event, after the coronavirus scare, social distancing and global lockdowns saw many physical conventions cancelled. Now we're very pleased and excited to announce that the rumors were true! Clear your August calendars, comics fans… the DC FanDome virtual fan experience is coming! Here’s the full story, direct from DC Entertainment: WELCOME TO THE  DC FANDOME! A MEGA, 24-HOUR, IMMERSIVE VIRTUAL FAN EXPERIENCE WHICH BRINGS THE UNIVERSE OF DC TO LIFE AND FEATURES THE STARS, FILMMAKERS AND CREATORS BEHIND ITS BIGGEST FILMS, TV SERIES, GAMES AND COMICS Join fans from all 7 continents for the largest gathering of talent, announcements and content reveals in the history of DC Save the date and prep your cosplay! On Saturday, August 22, starting at 10 a.m. PDT, Warner Bros. will welcome fans everywhere into the DC FanDome – a  free  virtual fan experi
Post a Comment
Read more 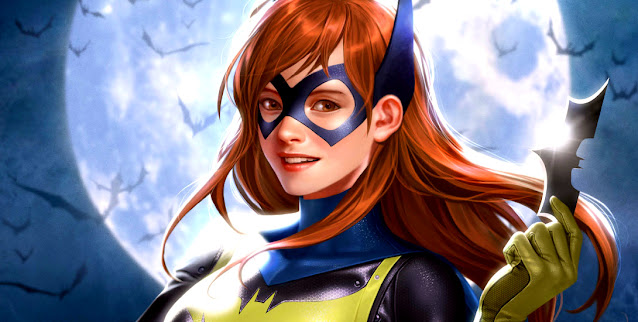 "Stay Gold" Writer: Cecil Castellucci Artist: Carmine Di Giandomenico Color Artist: Jordie Bellaire Letterer: AndWorld Design Review by Fay Clark Hello? Sorry, Batgirl can’t come to the phone right now, she’s been a bit tied up. Dasha wasn’t playing games the  last time  we saw her, and she really thinks that gold’s a girls best friend. Batwoman was out for the count when we last left our two heroines, so… going head to head in a battle of wills, who will get the gold in  Batgirl #46 ? Gold! Always Believe in Your Soul! Cecil Castellucci is on another level. If writing was ranked by medals, I’d give her a gold. I like to think I understand the character of Batgirl pretty well, and can anticipate where I think the story’s going, but I don’t think I’ve ever been right since Castellucci took charge. This is amazing thing to think about, she’s never once been predictable, which is why I love coming back.  Batgirl #46  has you wondering if Batgirl can get herself and Batwoman out
Post a Comment
Read more
More posts