Expanding On Expansions; A Review of Xanathar's Guide to Everything 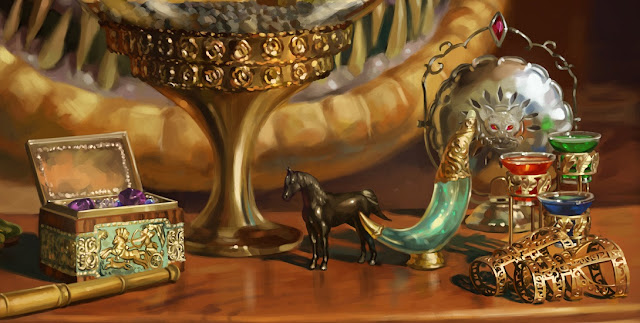 If you take a journey to the city of Waterdeep, it's watching you. The Xanathar. The great Beholder Crime Lord with all his eyes and the love of his pet goldfish. If you were in a WizardsPlayNetwork Store on Friday the tenth, you'd have seen two things: people signing up for Friday Night Magic and people buying Xanathar's Guide to Everything.

After it's release in 2014, the 5th Edition of Dungeons and Dragons has been credited as the  most sleek and streamlined version ever printed. It even drew in my father, forger of this site, to abandon his fear of overwhelming rules, nightmares, and lots of dragons, daily encounters, and magical spells that all sound the same... but are very different. 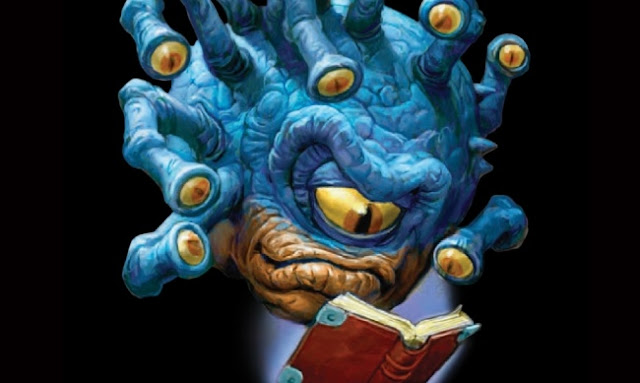 33 Subclasses, 91 Spells, Race Feats, and a bevvy of quick suggestions on what kind of magic items a Level 7 could have and what creatures live in the Arctic. To those who don't speak Game Master, that allows someone playing to have more than double the number of character creation possibilities than before. For expanding the game on its own, it truly contains everything.

Into the nitty-gritty of it all, once you do look closer, you start to see that some of the content is very familiar. Much of the material is similar to the Unearthed Arcana, but this is fine to me, as you can see looking at them side by side, improvements for the sake of balance has been added for the better.

No, the repeated content comes in a couple of actual mechanical details in some of the new classes. 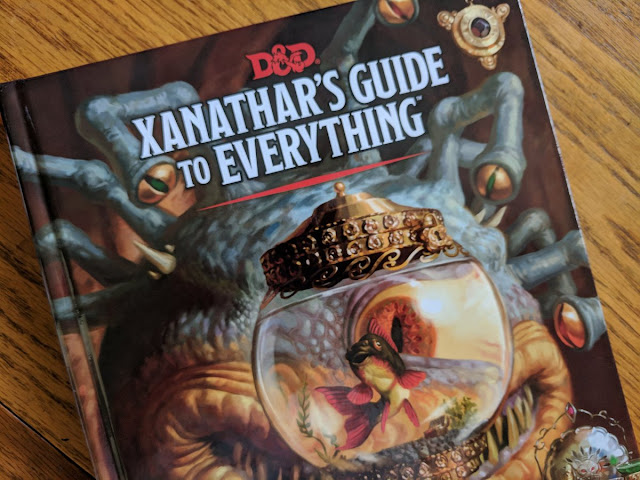 In times of great strife in a person's life, one can wish to give it another go and hopefully do a better job next time. In Xanathar's Guide, it seems like many of the new classes, and even particularly lucky Halflings, do get that chance. On a particularly bad roll, there are times when you can just immediately ask to re-roll the die, with the condition that you must use the new roll; even if by quantum entanglement, a zero appears on your d20. The specific reasons as to when you can apply one of these sudden re-rolls is different from class to class; a Zealous Barbarian can only re-roll a Saving Throw while in a Rage, unlike an Arcane Archer who can re-roll a missed attack with their enchanted arrows, but only if they mean to hit a new target. Sometimes the wording differs, but it's mechanically the same - you get another roll; the Gloom Stalker's Flurry is a chance at another attack that misses, while the Divine Soul may add 2d4 to their bad roll to hopefully put them over the top of failure. The mechanic of re-rolling has been skinned and applied eight or nine times with different applications for each user - they are balanced and widespread enough for it to be fair, but it's very easy to spot for this Dragon in his cave.

At a certain point in an adventurer's life, they become so decked out in items and experience, they become very, very hard to kill by virtue of having hundreds of hit points and being made of swords and spells. It doesn't help the more bloodthirsty Dungeon Masters when these new classes get several powers that let them avoid death entirely. The aforementioned Barbarian walking a religious Path of Zeal can fight beyond zero hit points if they're in a murderous rage - much like the focus of the Samurai, who trains to fight with Strength before Death, allowing them to take an extra turn regardless of who's turn it is the moment they hit zero (which is the true fighting spirit needed to defeat Aku and get back to the past). If fighting on zero is too daunting, Druids from the Circle of Shepherds can cast a 9th level Conjure Animals to watch over your bleeding unconscious body; and even if that still sounds too scary, the Divine Soul can ask the Gods to bless their tiny Sorcerer body and regain half their hit points if they're on fewer than half. Now, none of these powers can be gained until you're at least level 14 (140,000 XP - a long grind in game time), which does put these things into the realms of realism and fairness; a Druid must have nature learn to love them for them to intervene, a Samurai must train to be stronger than death, Barbarians and Sorcerers need to show the Gods unshaking devotion. It's very much in the realm of balanced play fairness, but in the realm of flavour, it entails lots of very powerful, very indestructible badasses wandering around the high city. 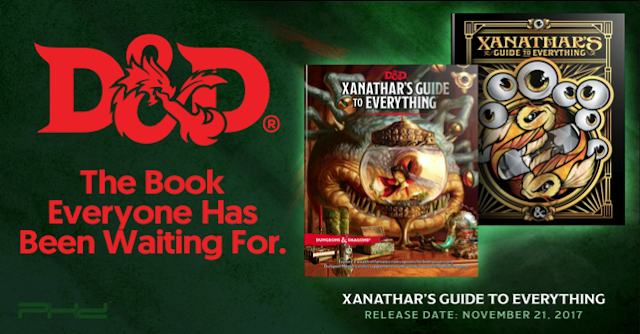 With all that said, what do I think of the newest offering from Wizards for my favourite RPG? Does it measure up to the high standards of a ten-eyed floating mob boss? Yes, I would say it would. By more than doubling the realms of possibility for a playable character - by making the life of a Dungeon Master easier on one of those sessions where the party just decides to go on a skiing holiday and you can't think of what could go right for them -  for adding the nitty gritty of what happens at the end of a fight in the pit - and even creating spells that work as a wedding ceremony, summoning demons or pulling enormous castles from the earth itself, I would say that the time around the table, with pencils, dice, and curious minds got all the more exciting.

Grab your copy at your nearest local game store, and keep the good times rolling.