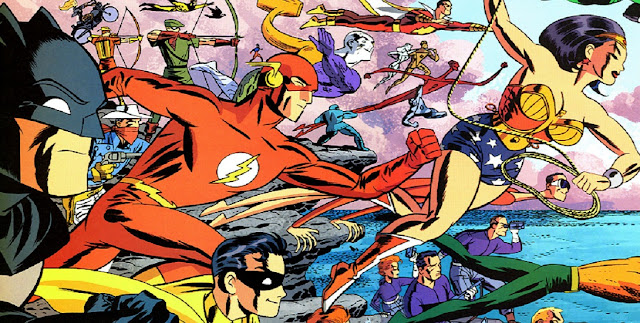 There are a few comics that are truly timeless. Works of art that evoke a bygone era, that fit in with modern and classic aesthetics and are loved by almost everyone. One such comic was Darwyn Cooke’s Justice League: The New Frontier.
The brilliant writer/artist passed away in May 2016. His work remains amongst the most beloved in all of comics, and is worthy of preservation. I was overjoyed to receive the press release announcing a special edition commemorative bluray version of this classic story.
Along with a commentary with the creator of the story, the bluray will also have a wealth of special features and new bonus content, that wasn’t available on the original DVD release. 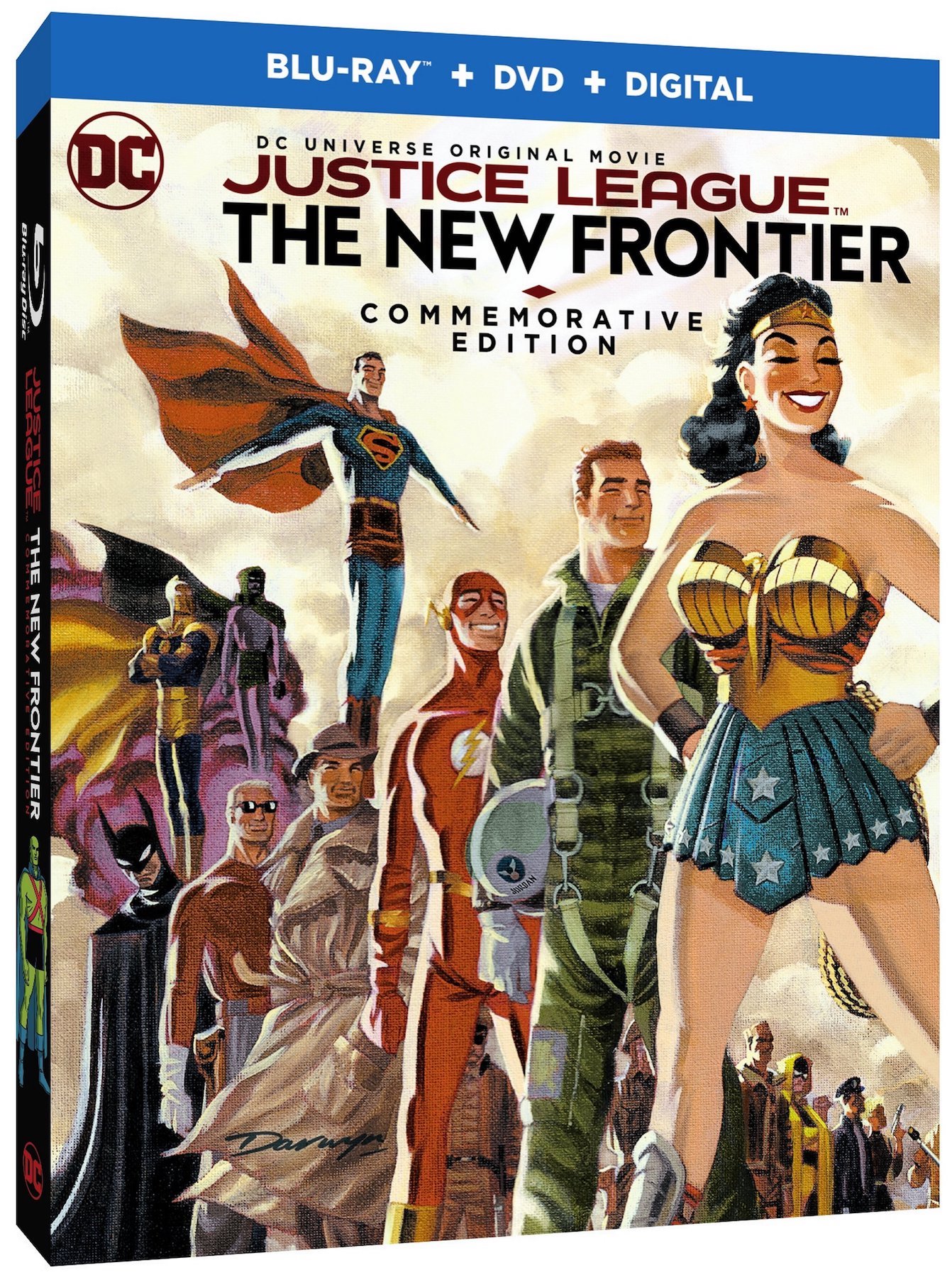 The press release tells us everything we need to know:


WITNESS THE FORMATION OF THE
WORLD’S GREATEST SUPER HERO TEAM
WHEN WARNER BROS. HOME ENTERTAINMENT
AND DC ENTERTAINMENT RELEASE
JUSTICE LEAGUE:
THE NEW FRONTIER
COMMEMORATIVE EDITION
OCTOBER 3, 2017 ON BLU-RAY™ COMBO PACK,
BLU-RAY™ STEELBOOK AND DVD
All-New FEATURETTE spotlights amazing career of
award-winning writer/artist Darwyn Cooke
For the new Commemorative Edition of the popular 2008 PG-13 animated film, Warner Bros. Home Entertainment has produced an all-new featurette spotlighting the late Darwyn Cooke. The comic book author and artist’s seminal work, DC: The New Frontier, received an Eisner, Harvey and Shuster Award, and that six-issue comic book limited series served as the key source material from which the film was adapted. Justice League: The New Frontier – Commemorative Edition also features box art from Cooke’s canon of dazzling New Frontier imagery.
Justice League: The New Frontier – Commemorative Edition is the epic tale of the founding of the Justice League. Produced by Warner Bros. Animation, DC Entertainment and Warner Bros. Home Entertainment, the animated film is directed by David Bullock from a script by Stan Berkowitz. Sander Schwartz and Bruce Timm are Executive Producers.  Michael Goguen is Supervising Producer
The action-packed adventure features iconic DC Super Heroes Superman, Batman and Wonder Woman alongside Green Lantern, Martian Manhunter and The Flash as they band together to form the legendary team. Strangers at first, these very different heroes must overcome fear and suspicion to forge an alliance against a monster so formidable, even the mighty Superman cannot stop it alone. If they fail, the entire planet will be “cleansed” of humanity. 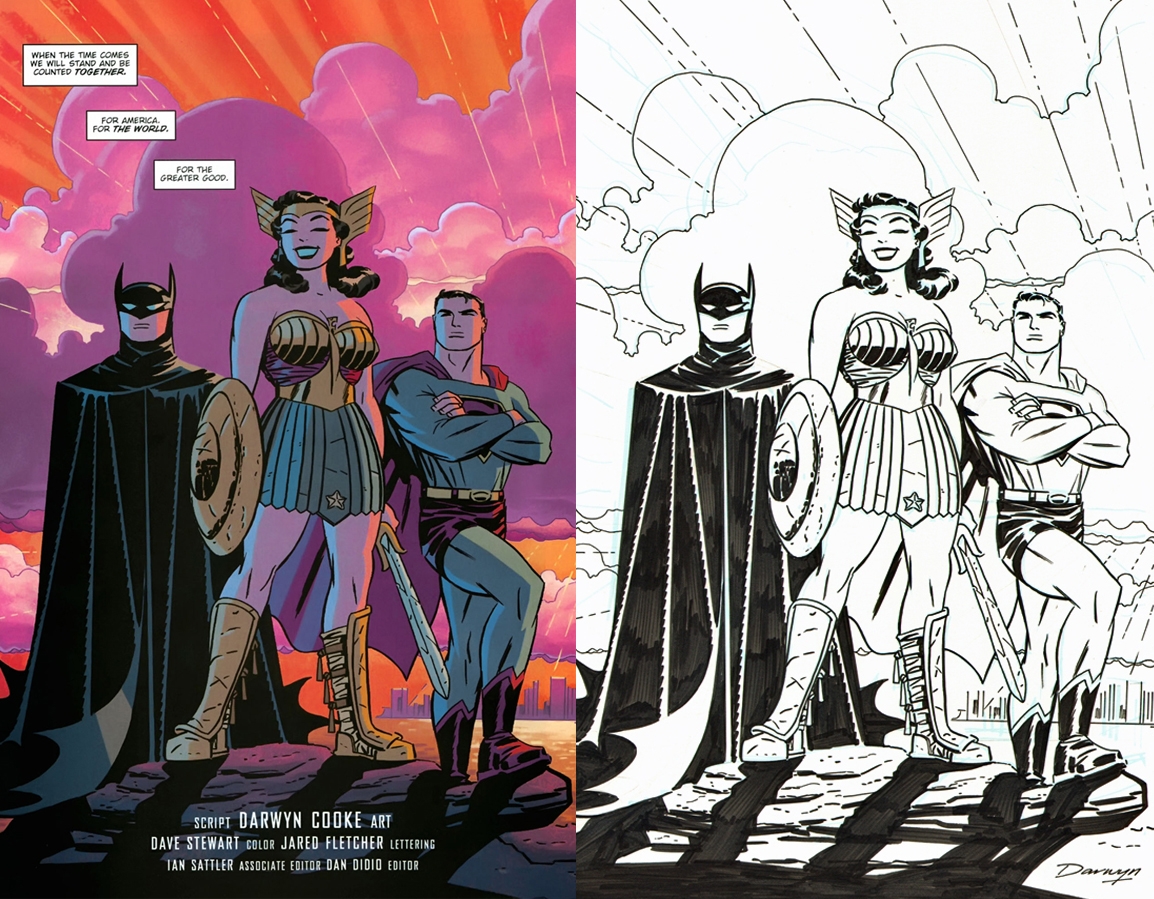 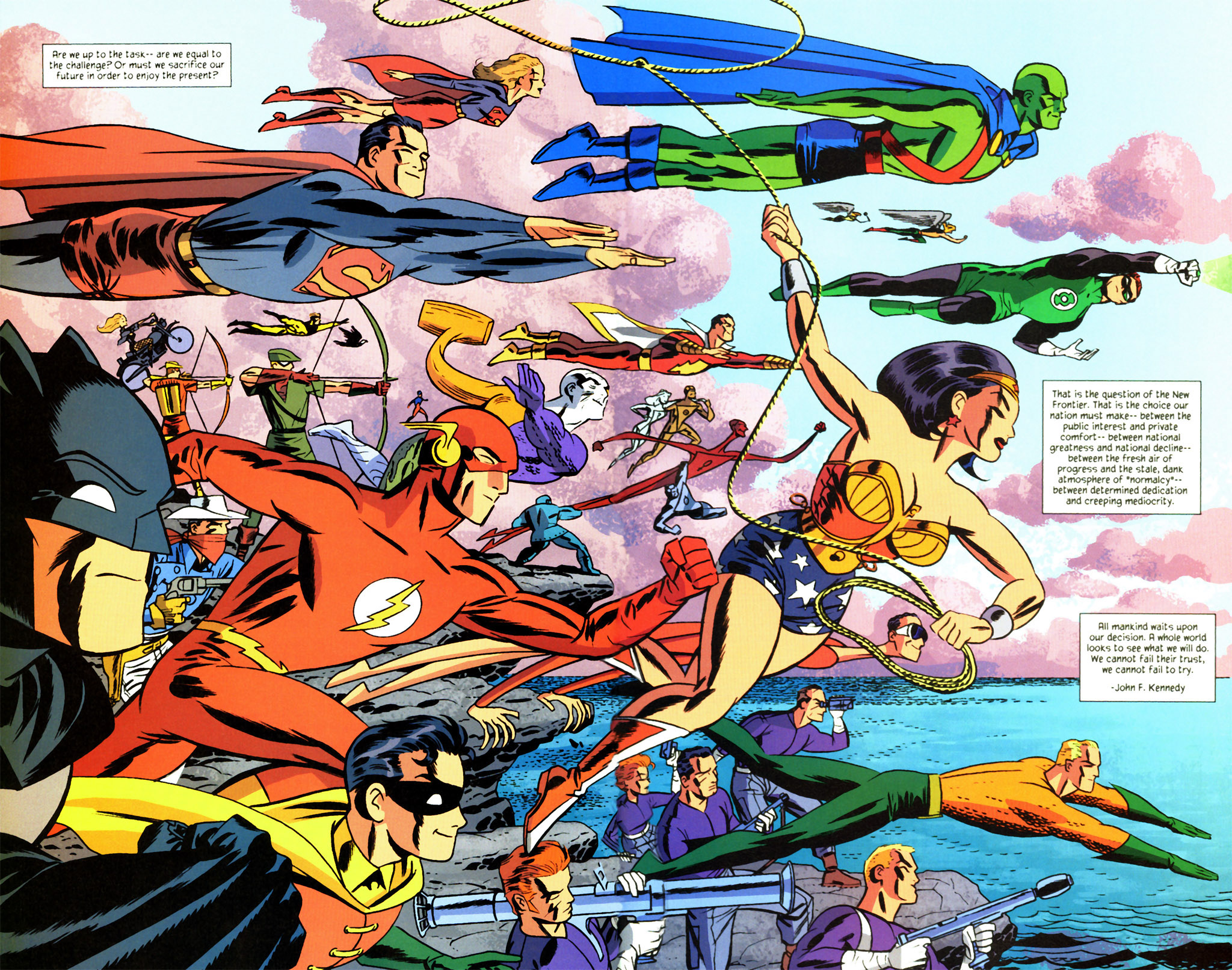 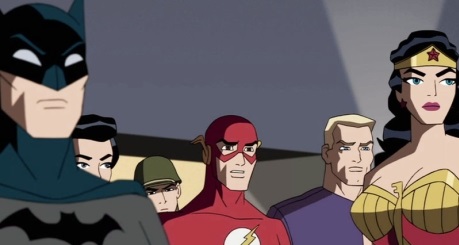 A Galaxy Of Stars 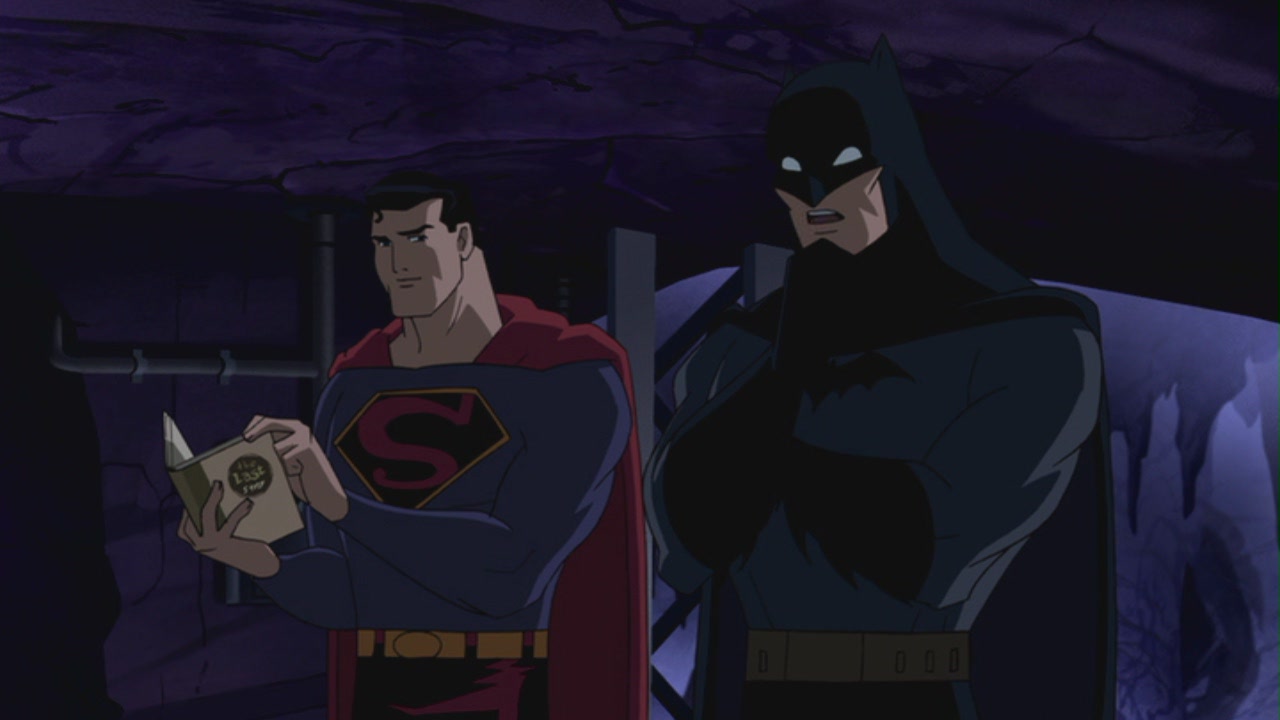 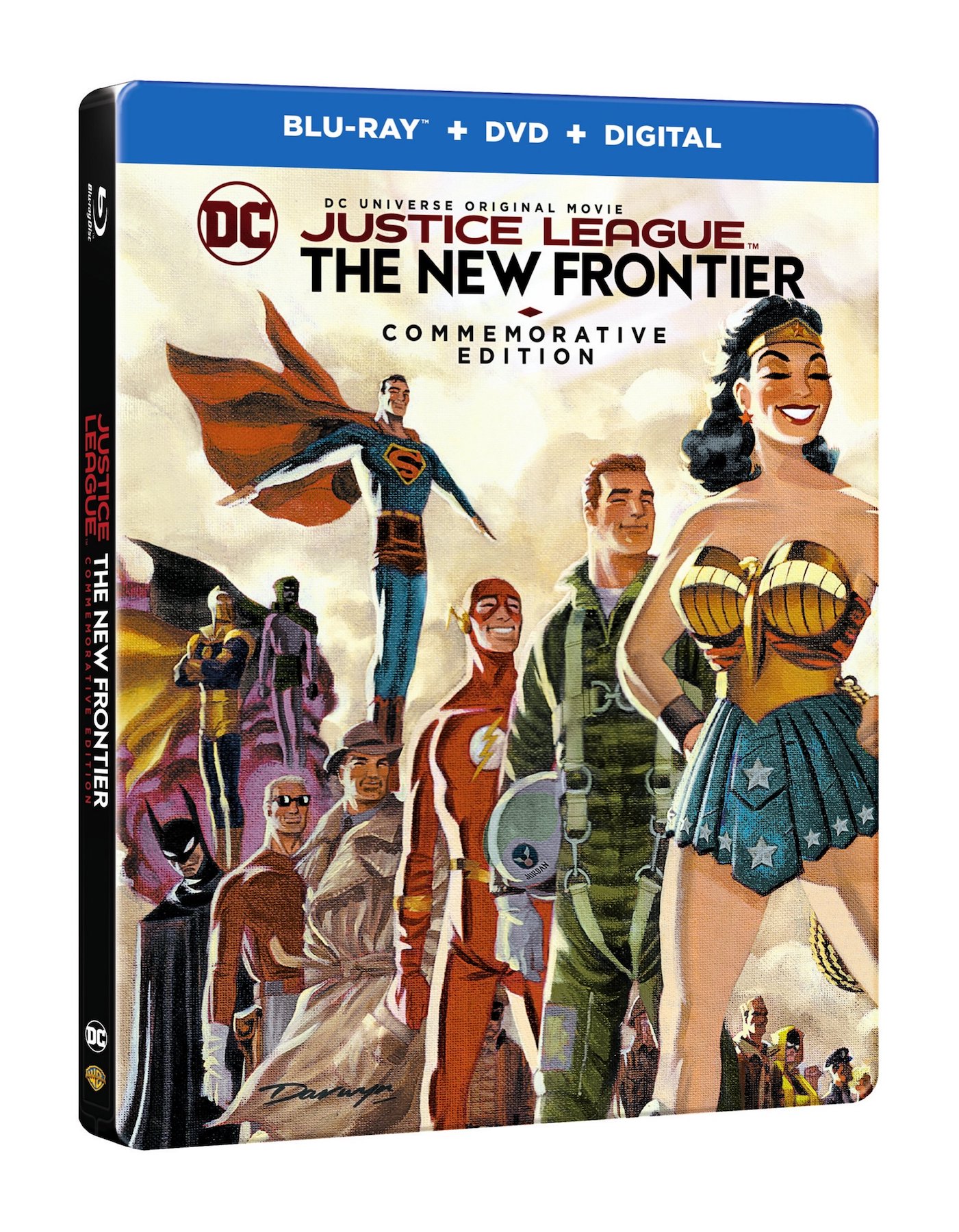 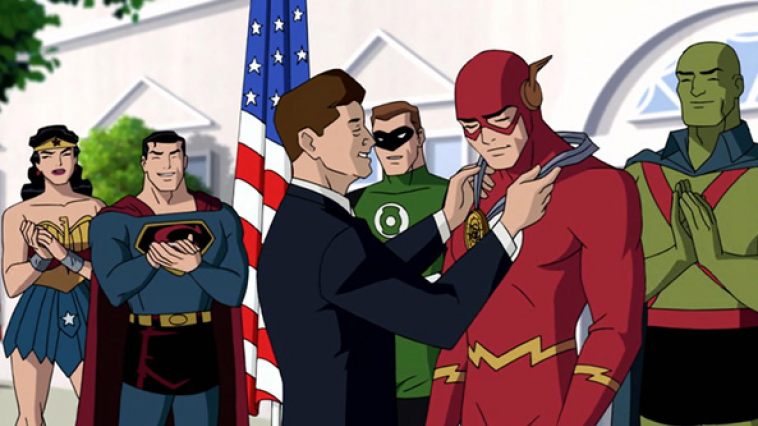 “Justice League: The New Frontier – Commemorative Edition gives fans the opportunity to savor the unique genius of such a legendary comic talent as Darwyn Cooke in a thrilling, animated adaptation of a modern classic,” said Mary Ellen Thomas, Warner Bros. Home Entertainment Vice President, Family & Animation Marketing. “The addition of an all-new Darwyn Cooke mini-documentary adds to the special celebration of his work. And his story serves as a keen reminder of the history of these cherished DC Super Heroes, in perfect timing with the theatrical release of the Justice League film.”

It’s great to see this great piece of art given a new lease of life, for a whole new audience. The trailerlooks great, and I can’t wait to see this animated masterpiece in all its HD glory!
Justice League: The New Frontier – Commemorative Edition will be released on Blu-ray™ Combo Pack, Blu-ray™ Steelbook, and DVD in autumn 2017.
(This article was originally published on the Dark Knight News website on August 11th 2017)