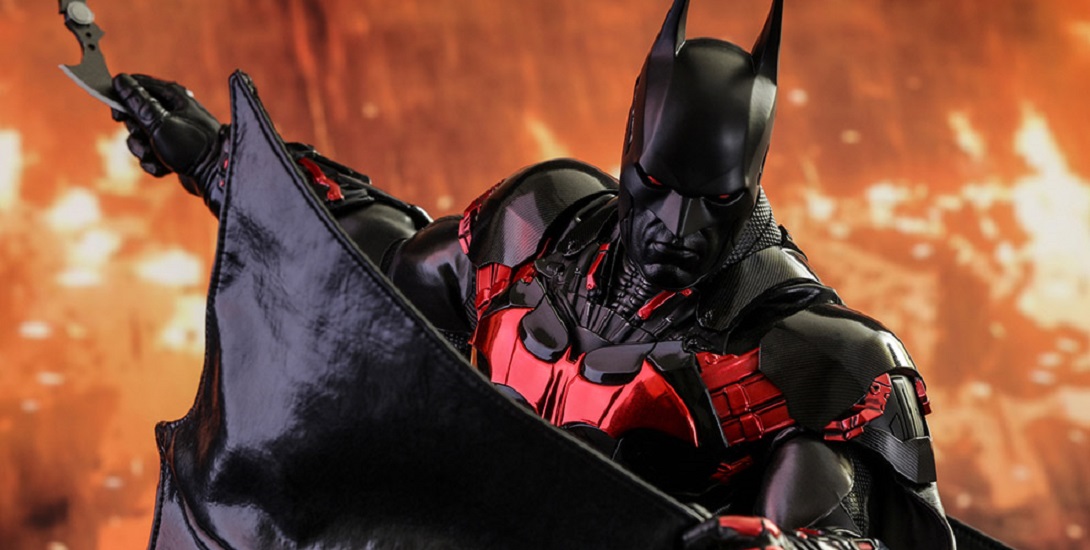 I don’t know of many companies that are more aptly named than Hot Toys. The Sideshow owned brand have created some some truly spectacular figures in the past, and their latest offering is no exception. The Futura Knight, Batman Beyond figure is incredible.
Their sales pitch on the piece gives us the whole picture. 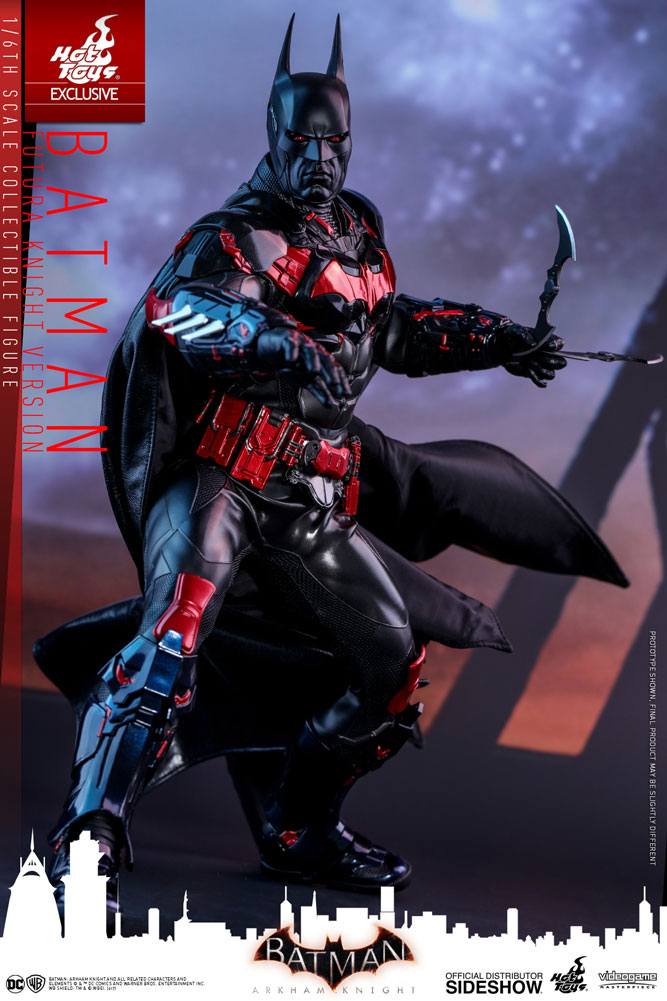 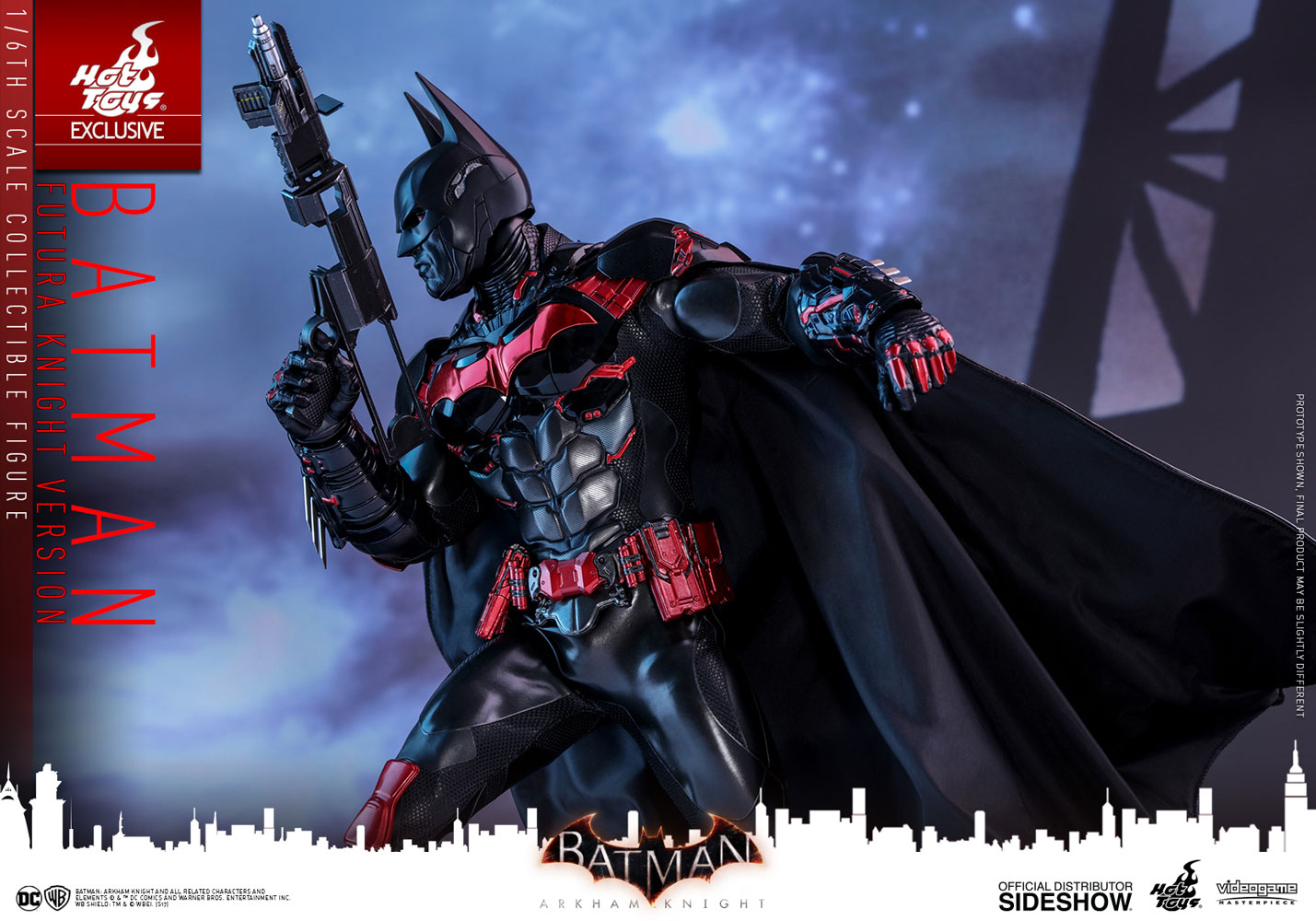 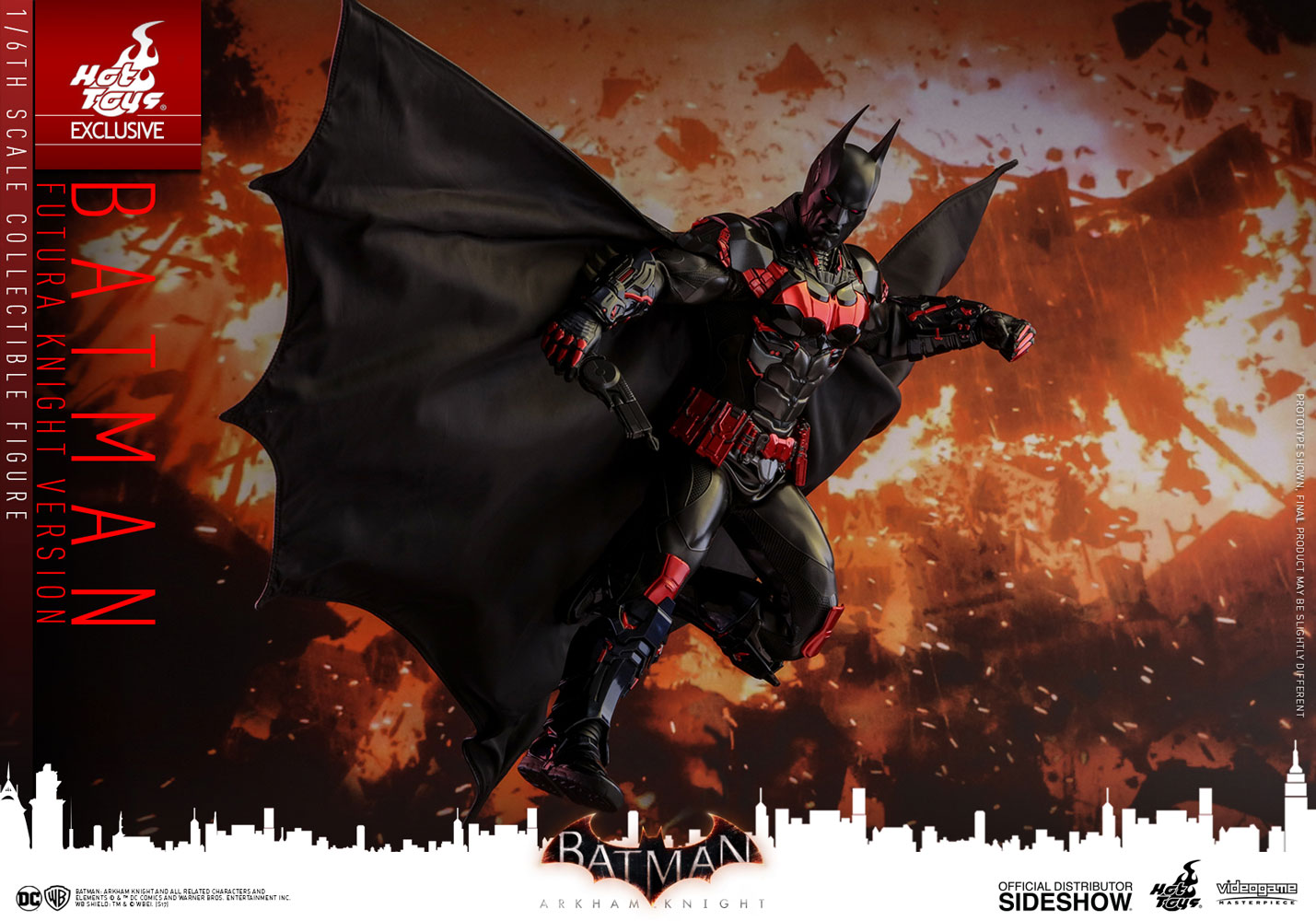 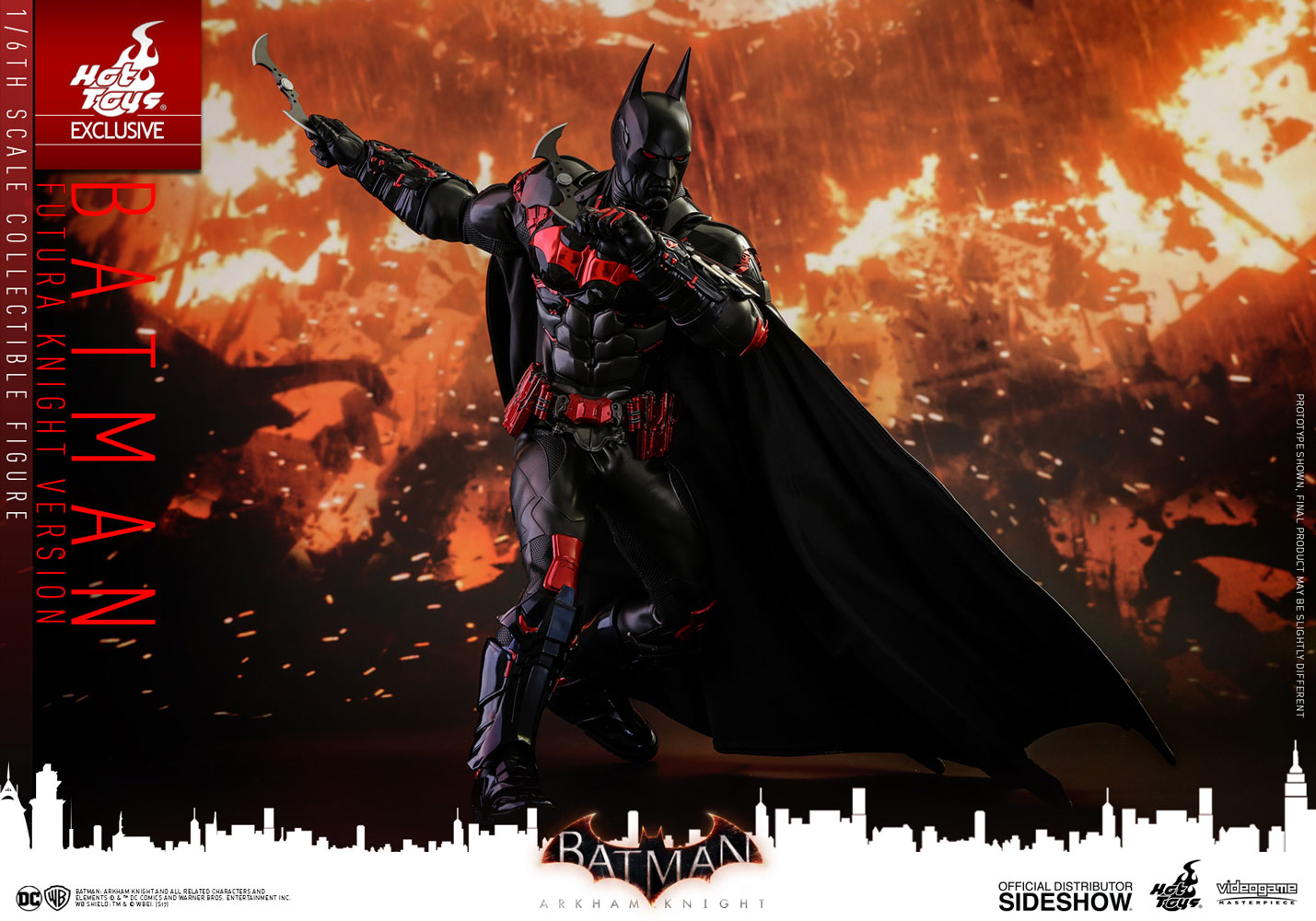 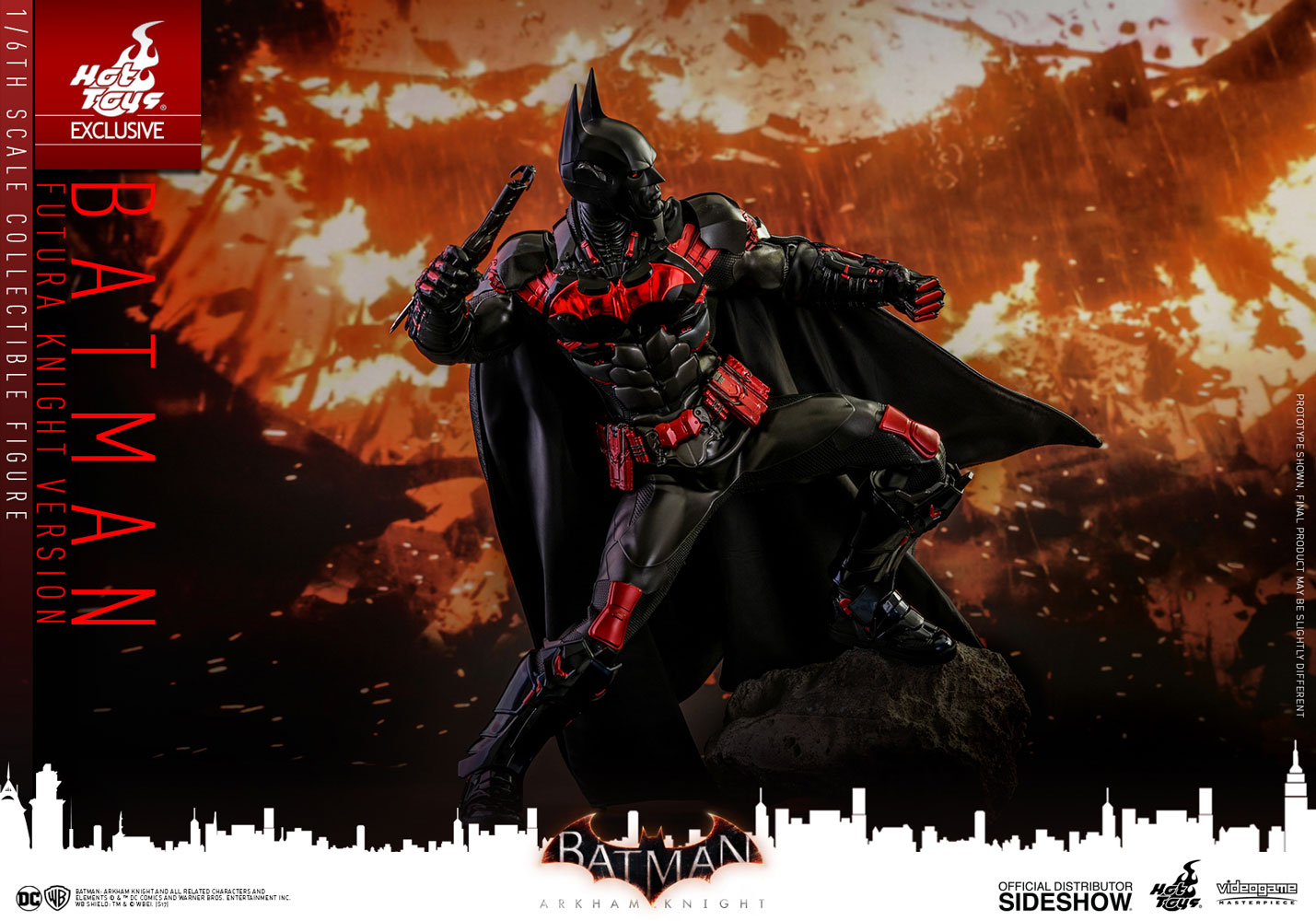 What’s In The Box

The level of detail and artistry evident in the creation of this figure is next level It comes with two heads and a multitude of weapons and peripherals*. The posability of the figure is also second to none. It is inspired by the design of the Batman Beyond skin seen in the Batman: Arkham Knight video game. Features will include:


– One (1) pair of hands for holding Batarang


– One (1) pair of weapons or accessories holding hands


– One (1) open right hand
Each head sculpt is specially hand-painted
Costume:
One (1) highly detailed and meticulously tailored multi-layer and multi-textured Batsuit with a red colored electroplated Batman logo on the chest armor as well as glossy black and red colored armor plating throughout the body
One (1) black leather-like cape
One (1) red color utility belt
One (1) pair of black gauntlets with red colored accents
One (1) pair of black boots with red colored accents
Weapons and Gadgets:
Two (2) Batarangs
One (1) Batman Beyond style Batarang
One (1) grapnel gun with interchangeable Batclaw and interchangeable part to become a remote electrical charge gun
One (1) explosive gel pack
One (1) disruptor gun
One (1) freeze grenade
One (1) line launcher
One (1) voice synthesizer 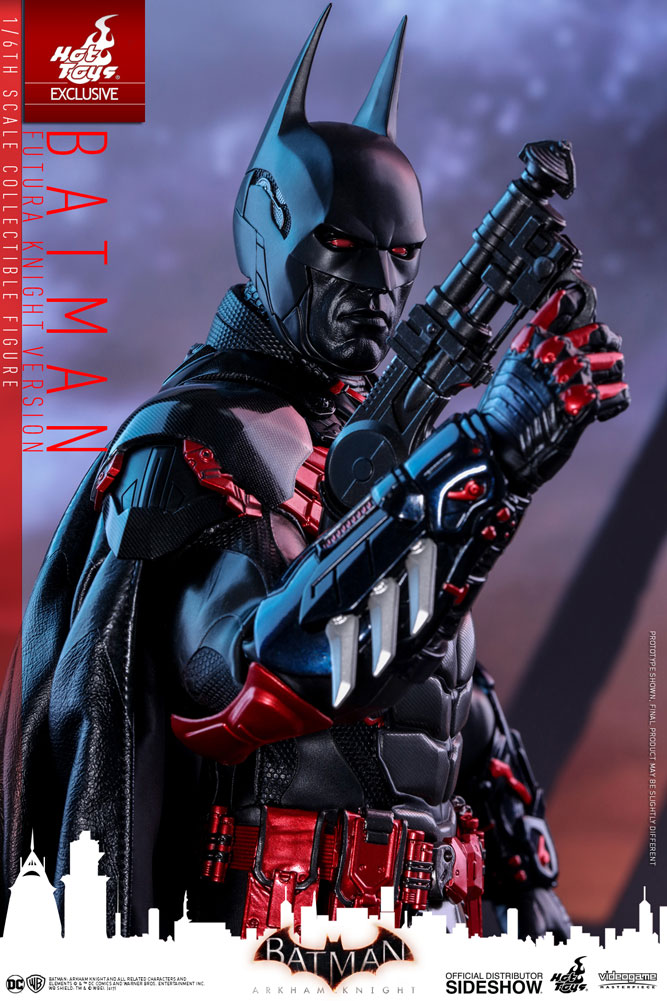 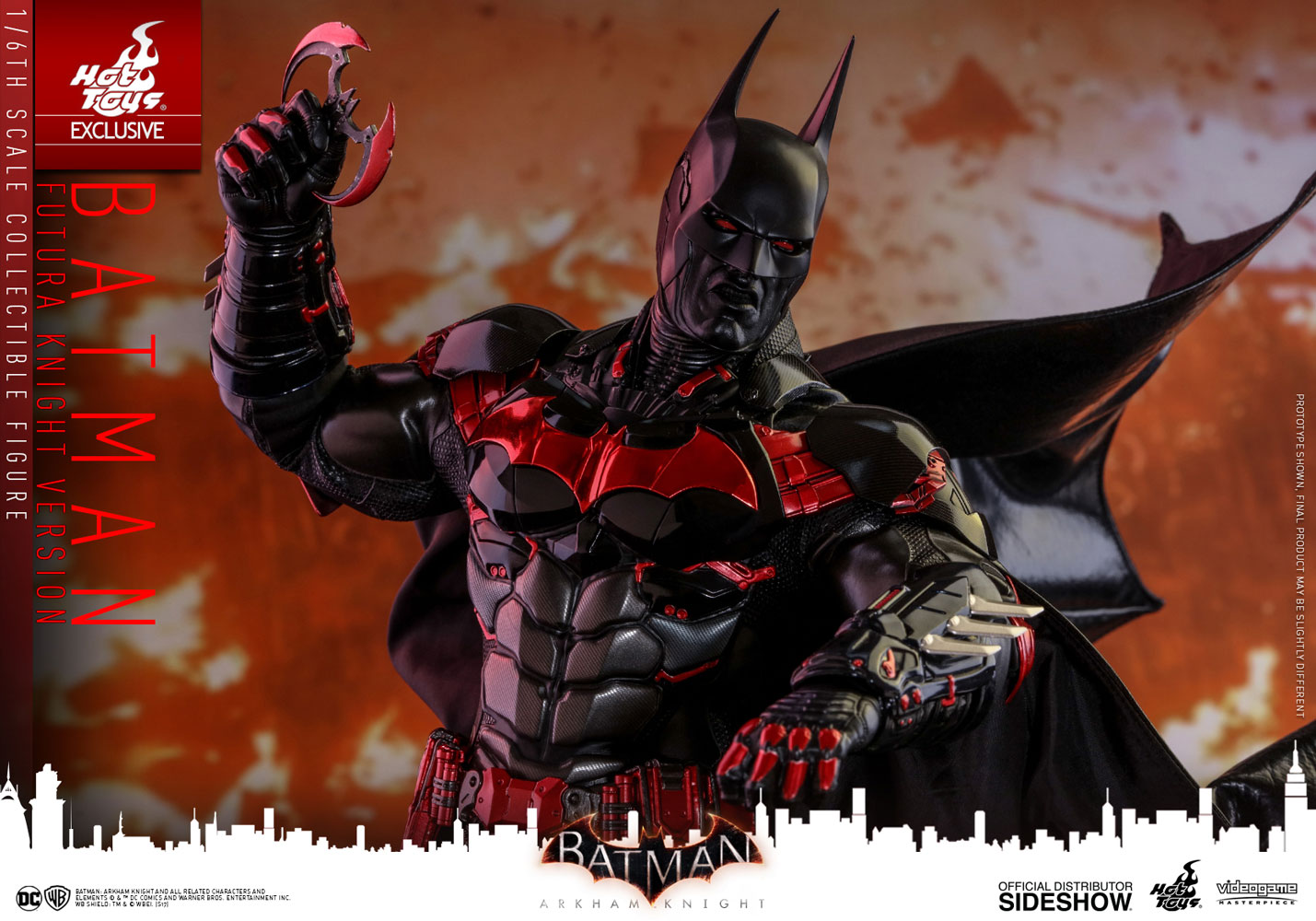 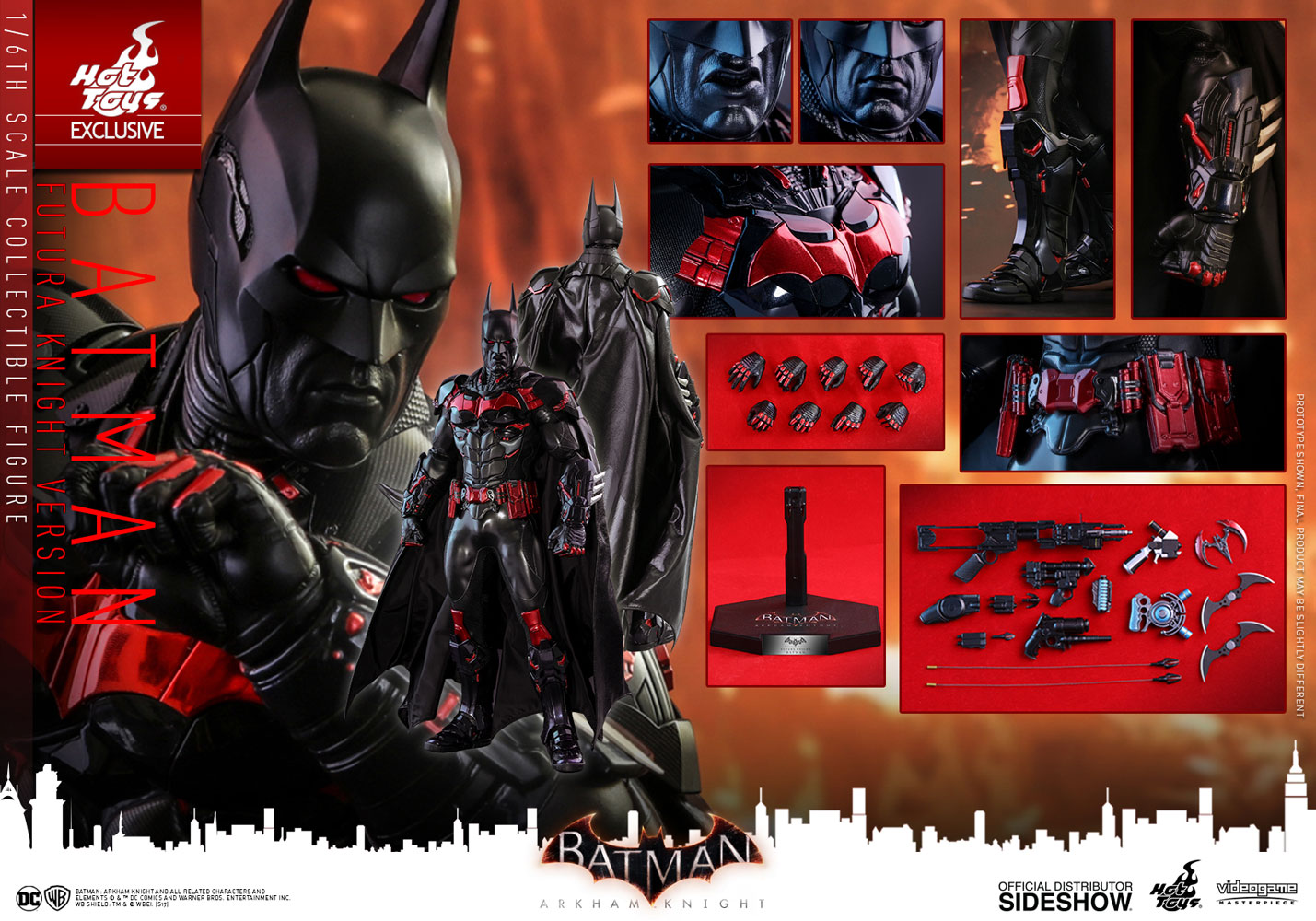 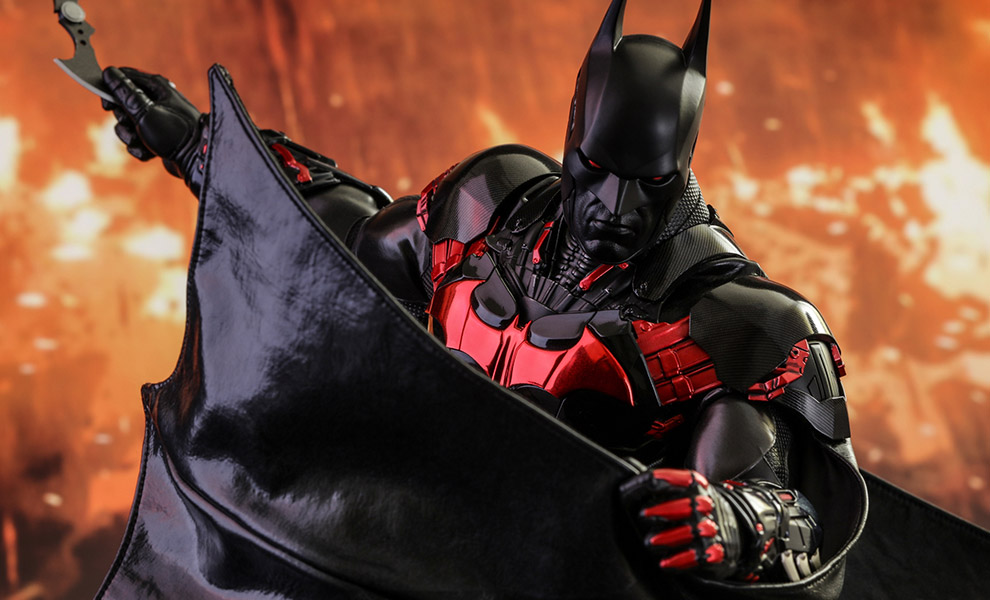 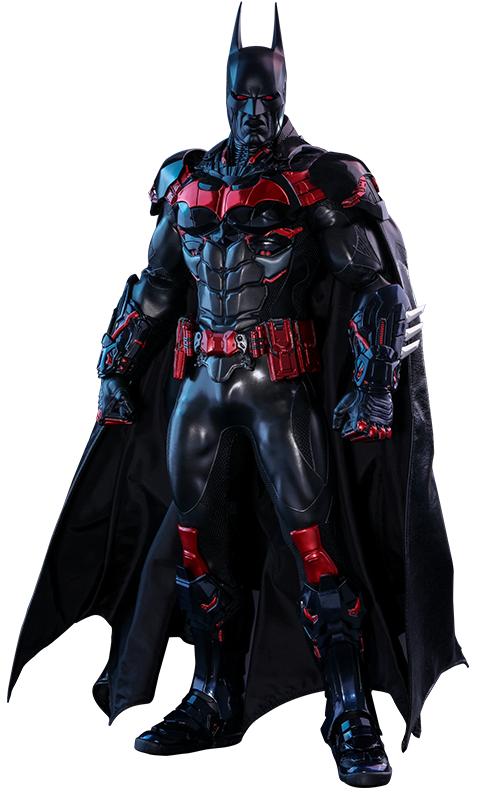 The Future Is Now

This amazing figure is due to ship worldwide between Apr 2018 – Jun 2018. I’m sure that it will be a huge hit with retailers, and collectors everyhwere.

Artists/Sculptors Yeon-sun, Jeon (Head Sculpt) and JC. Hong (Head Paint & Art Direction) have truly created a work of art.
*The figure shown is a prototype. When shipped, the final product may differ in appearance.
(This article was originally published on the Dark Knight News website on October 27th 2017)