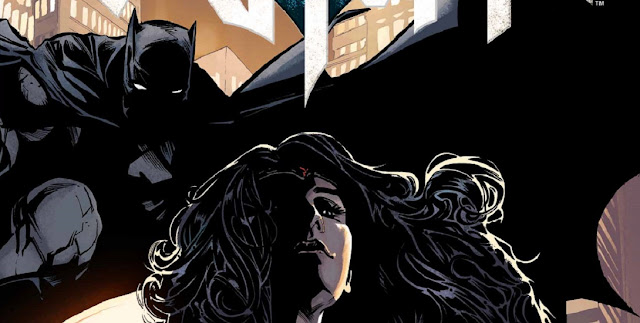 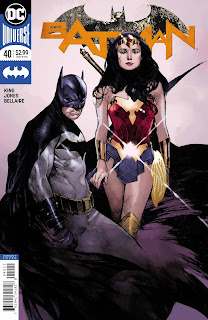 Writer: Tom King
Artists: Joelle Jones & Jordie Bellaire
Article by Steve J. Ray
Tom King has given us some truly memorable Batman stories over the last couple of years. His recent “Super Friends” arc has refreshed the Batman/Superman relationship brilliantly, and given Catwoman even greater depth.
At the end of Batman #39, readers were left with a classic cliffhanger. Off in another dimension, where decades pass in the blink of an eye, Bruce and Wonder Woman seemed to have escaped the friend zone, and finally locked lips.
Could this be the end of the Bat/Cat wedding? Would the Dark Knight and the Princess Of Power become DC’s new “It” couple?
The preview pages below seem to answer this question, but I’d be surprised if these events didn’t have future ramifications. 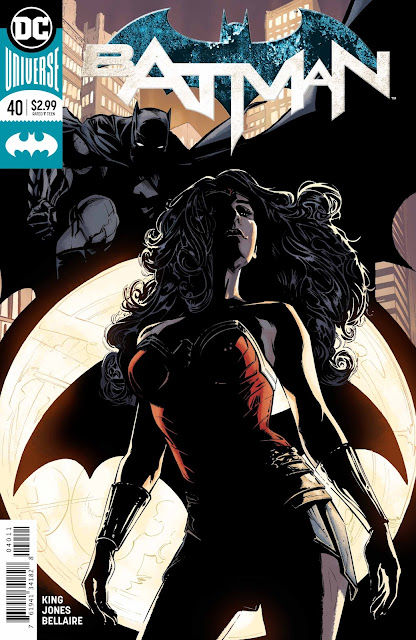 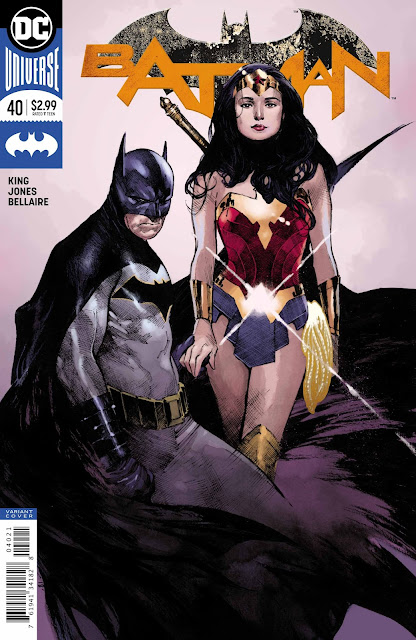 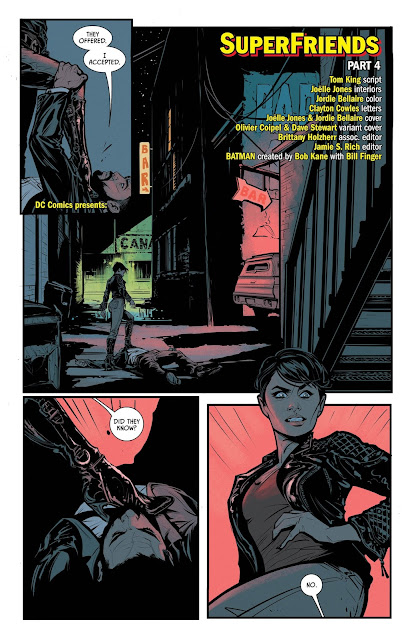 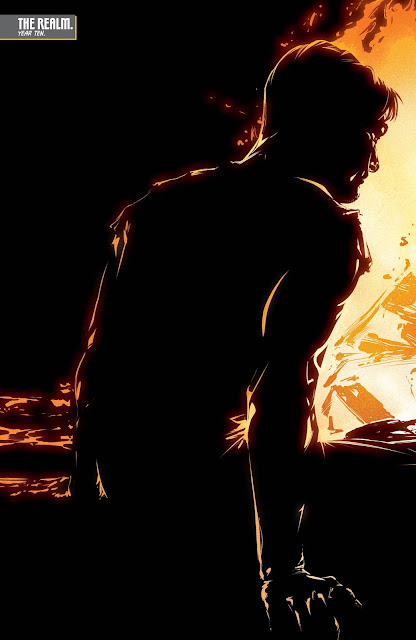 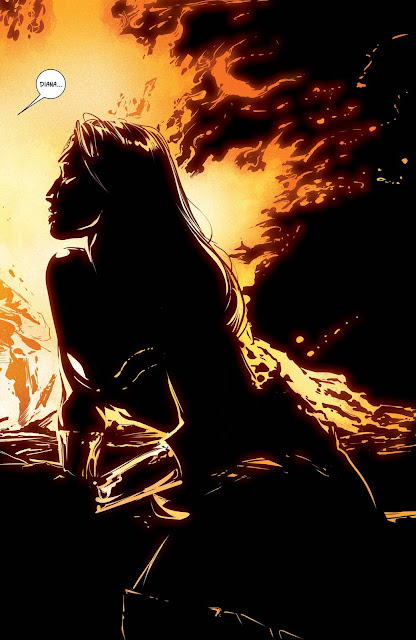 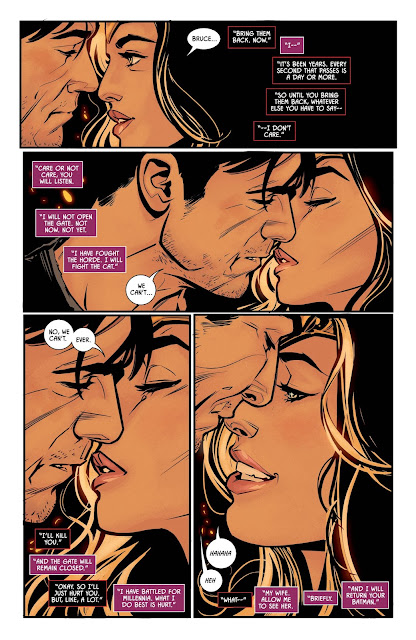 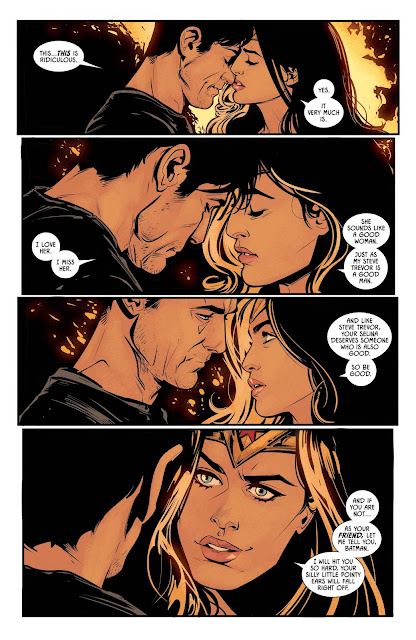 Friends To The End

Here’s what DC Entertainment have to say about next week’s issue:

“SUPERFRIENDS” part four! Since the beginning, the friendship between Batman and Wonder Woman has stood at the heart of the DC Universe. Now that friendship is coming apart, and as it does, the universe itself begins to crumble. The conclusion of Batman’s team-up with Wonder Woman.

As always, the art of Joelle Jones and Jordie Bellaire has me hungry for more. I can’t wait to read what happens after page 5!
With DC announcing Brulena’s impending nuptials in Batman #50, and with the Joker set to interrupt the proceedings in DC Nation #0, we have ten issues of thrills and surprises still waiting for us, before the comics wedding of the decade.
I really hope that they save me a slice of cake!
Batman #40 arrives in comic shops next Wednesday, February 7.
Images Courtesy Of DC Entertainment and We Got This Covered
(This preview was originally published on the Dark Knight News Website on February 2nd 2018)