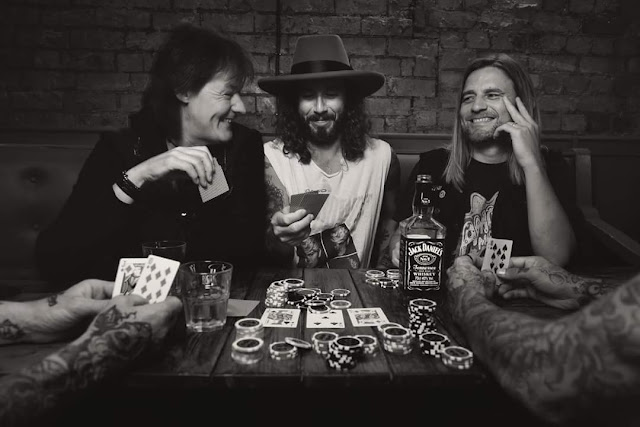 Article and interview by Scott Hamilton

After a good few years in the music business, Ryan Hamilton is finally making headway by doing things his way.

In the beginning there was Smile Smile, a band that was just starting to get noticed before crumbling under the weight of expectation. Ryan also started working with Jaret Reddick (from Bowling For Soup) in the band People On Vacation before that too imploded. Luckily though, it was here that Ryan met Rob Lane (bass) and Mickey Richards (drums) who would help him form Ryan Hamilton and The Traitors. After a solo album ("Hell Of A Day") Ryan would unite The Traitors properly for the album "The Devil’s In The Detail".

One slight inconvenience: Ryan lives in Texas and the rhythm section are based in the UK. 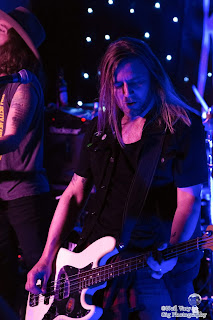 “It would be nice to go and rehearse a lot but we don't have that luxury” Mickey tells me. "But we talk every day and we'll throw some ideas across. My stamp on it is I'm more kind of Rock than Ryan so with his Country-esque style throwing that down there, then I put my stamp on it and then Rob comes in and throws his take on it then, hey, that's what we've got. It works. I don't know many bands that could pull it off. “

“The worlds of late eighties, early nineties Rock and Classic Rock and Country shouldn't come together” adds Ryan. “It really shouldn't but we've found a way.” 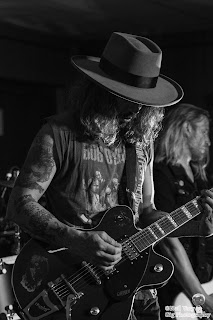 Thankfully though, we live in an age where the internet circumnavigates issues like this. “The internet makes it possible” laughs Ryan. ”I'm the guy who used to be in this other band. I was fairly unknown in England when I started playing over here. It's provided this kind of path where I'm the new guy and I think that is worth the distance, because it gives me a chance I probably wasn't going to get I America. I'm starting to get it now but only because I'm starting to get noticed by people who didn't know what I did before. It is a little bit of a pain sometimes.” Ryan constantly smiles, grateful for what he has in life.

The album was recorded in fairly unusual circumstances. Forgoing a traditional studio, they recorded the album in Ryan’s father-in-law’s house in Scotland.

“The first time I ever visited Scotland was where my father-in- law lives. He got this really old house and we went to stay with him. The first time I walked in that old house I was overwhelmed with 'I wanna make an album here'. You don't get to see this land that's seemingly been untouched in forever, I just felt this real instinctual... and it's a terrible idea to go and make an album in an old house. The acoustics in an old building like that should sound terrible. Who walks into an old house and thinks I wanna make an album here? It's another example of something that shouldn't work but did. There's been a lot of that in my life in the past few years.” 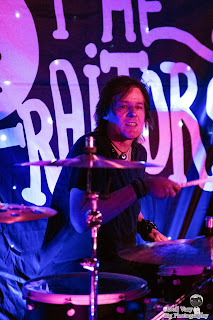 Mikey takes up the story. “We turn up to this place and I'm thinking 'how the hell is this guy (Dave Draper, the album’s producer) going to record an album in this house?' The ceilings were sixteen feet high and there was this old mosaic stairwell and he's got mics dropped down two flights of stairs. So he says start playing something so I start playing this groove. He's recreated John Bonham's sound and I'm like oh my word! Bonham's sound is not going to fit on this album mind you, you will need to tweak this. But what that guy did with his box of tricks and the magic of that house... we could have spent an oodle of money to try and recreate that in a studio. But we spent two weeks in a beautiful part of Scotland and had the most relaxing time turning the demos Ryan sent us into something special.”

The album was funded through PledgeMusic. For anyone unfamiliar with the concept, it’s a medium where an artist generally pitches their request directly to an audience who then pay up front for the album’s recording and manufacturing. It’s a fantastic way for artists to avoid having to deal with major labels and for fans to feel involved with the process.

“I was in a terrible, controlling, money obsessed situation with my former management and record label. So, when we parted ways I couldn’t have been happier. I was (and remain) determined to do things differently. To be BETTER than the greedy, self obsessed assholes that seem to flood this business. So, not only does PledgeMusic provide the opportunity to create a real connection with fans/friends/supporters, it is a welcomed opportunity to NOT have to deal with typical record label ways. We actually started our own label. Our band is the only artist, and it has the greatest label name of all time: Fanny Pack Records. Haha. Seriously!” 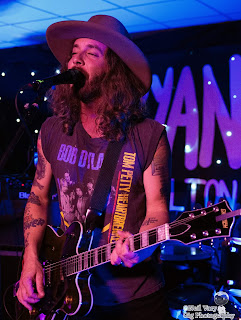 The album gained it’s proper release on Valentine’s Day 2017. Without a huge team of pushers and pluggers at hand, the album spread via word of mouth with the media starting to take notice of it. “The music business got really fucked up a while ago and it started becoming more about the product and the money” mulls Ryan, clearly carrying plenty of war wounds from the situation. “Of course you need to make a living and there is a business aspect but people seem to lose the community. Music was created to experience together. When it was first started being played it wasn't about you go get on a stage and we're going to watch you it was about being around the campfire or, y'know, in a barn where I'm from".

“It's become this whole big corporate monster and I was part of that for a long time. I'm very happy to be free from it. When we decided to keep going and do this thing it was like look, let's do this the way we want. We may not have the money or the resources but we'll find a way. And we are finding a way. The album's kicking ass. The second single (‘Smarter’) is killing it on the radio. It feels really good man.

“You learn some hard lessons though. I'm not surprised by it as you always hope, you believe in it. I feel more vindicated by it than surprised just because we're an independent band competing against the big, bad machine. It's not all bad. I don't hold anything against the Ed Sheerans of this world because he's a talented dude, but when you're getting added to Kerrang, XS Manchester, Planet Rock or whatever we're on over here.... Then you get people like Virgin or the BBC interested. It takes a small miracle like an act of god to get added if you're not on a major label.” 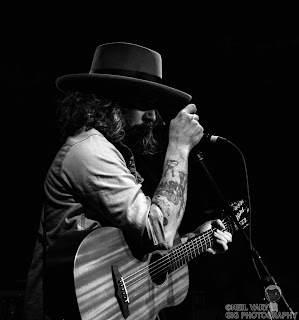 It’s not all been sunshine and flowers. Ryan has at times struggled with issues around mental health. Even when things are going great, there are moments of self-doubt and internal criticism.” I first started having problems as a teenager. I knew something was wrong, but didn’t know what… or why… or how to deal with it. So, like a lot of others, I turned to drugs and alcohol. I didn’t get a diagnosis or the correct help until my early 20s. I’ll save you the rest of the long, sad story. But once I got the right help, it quite literally changed my life. I have a chemical imbalance that I can’t help. I still have good days and bad. But having the knowledge that it’s something I can’t control or help sometimes, ironically seems to help. It’s an issue that deserves a lot more attention… and education.

Using social media to great affect, Ryan is open and honest, telling his audience when he’s having a tough time. “Most of the time the response is positive and supportive. But inevitably you get some uneducated, ignorant people that don’t understand… and say shit like “Just get over it”. It makes my blood boil when people react that way. A normal, human reaction… especially when you suffer with depression, is to NOT want to talk about it or put yourself out there anymore for ignorant people to judge that way. But I refuse to shut up about it.”

So far, Ryan and The Traitors have toured the album twice in the UK, once acoustically last February (which resulted in the live album “Capital Spirits An Acoustic Evening Live In London)” and last Summer. The band are, however, heading back to the UK in March with another set of dates to promote a new release “Traitors Club Year 1” (taken form their online subscription club) where they’ll be joined by The Main Grains at all of the dates. Not only that but they’ve already started working on the next album as well as various individual projects such as Ryan’s country album with Tony Wright (of Terrorvision fame) and Rob’s Straight To Video project (where Rob show’s his love of the eighties in music and in other mediums). 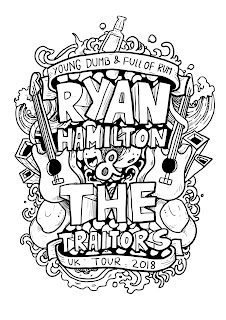 We’ve been talking to both Rob and Ryan about some of their geekier loves that we’ll be sharing with you in the next few days.

(The interview sections of this feature are taken from previous interviews I’ve done with the band. You can find these at 3 Songs & Out and also my mental health awareness blog The Order Of The Dog. Also, I’d like to thank Neil Vary of Neil Vary Photography for the kind use of his photographs.)