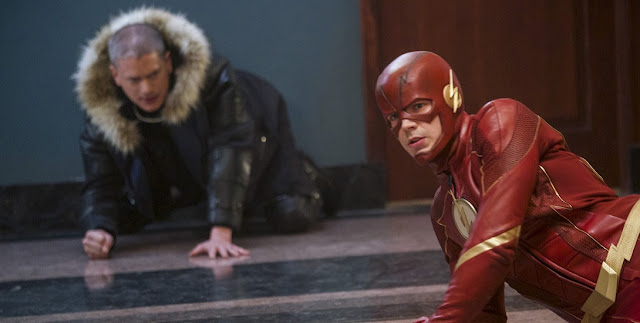 After the shocking events of Episode 18 ‘Lose Yourself‘ Team Flash is down by two members. Caitlin Snow has lost her Killer Frost powers, and Ralph Dibney has been absorbed by The Thinker. How can Barry and the gang go on? Will they give up, or find that revenge truly is a dish best served cold?

Citizen Cold, that is.
Yes, the parallel world version of Leonard Snart is back… but Leo hasn’t come alone. 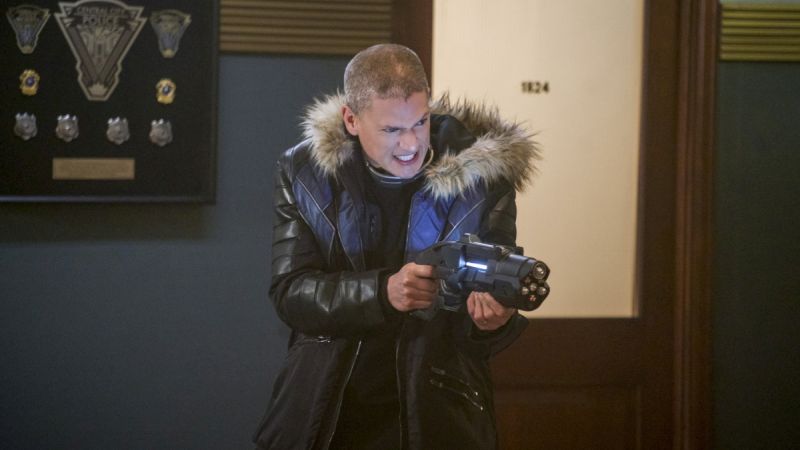 Just as the heroic counterpart of Captain Cold crosses over from Earth-X, so too does their evil Black Canary; Siren X. Without giving the game away, Snart is on the side of Team Flash, so you can guess where Dark Laurel’s allegiances lie.
The way that disparate elements from every episode of this season tie-in together is a testament to the skill of the brilliant writers on this show. There are no throwaway lines, no one shot characters, and no events that don’t have ongoing repercussions. We get call-backs to the incredible ‘Crisis On Earth X’ and the resurgence of Fallout in this episode, both of which are expertly handled. 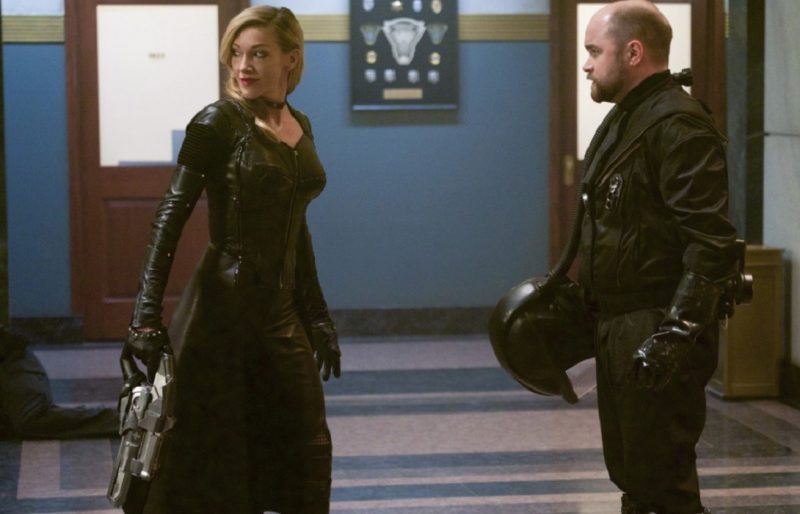 I’ve been saying for a number of months now that DeVoe is smart… but I truly believe that his cold, calculated intellect will prove to be his undoing. Flash wears his heart on his sleeve, and is overwhelmed by his emotions. To Barry’s credit, however, feeling for people is his strength. The reverse of this is The Thinker’s lack of care for anything but his own machinations. I truly believe that this is his greatness weakness.
It’s a great twist that Citizen Cold is there to teach Barry to confront and accept his feelings as a force for good. The counterpoint is DeVoe driving a wedge between himself and the one person that has feelings for him. This is brilliant writing. 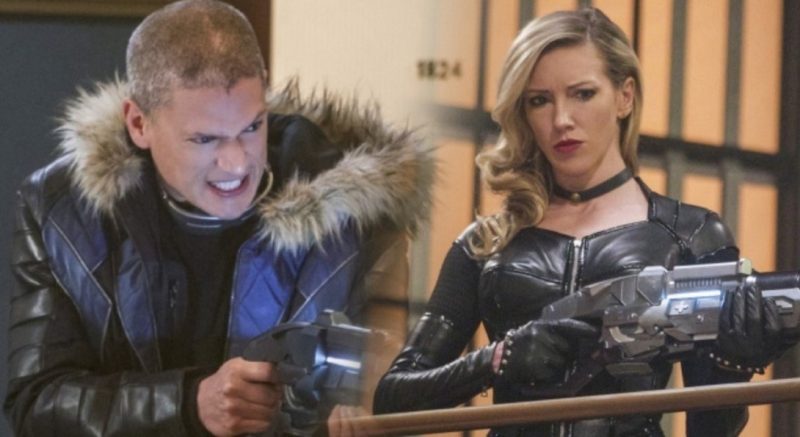 Out Thinking The Thinker

The episode’s main story is strong, but the web of sub-plots is also great. Harry and Vibe, Caitlin and Frost, Barry and Iris… the changing dynamics between these characters is fascinating to watch, and wonderfully acted. The theme of duality is one that comic books deal with brilliantly. This series has a mature couple in Joe and Cecile, and newlywed romance between Barry and Iris. Then there’s the terrific, and very real, love/hate friendship between Cisco and Harry, and seeing the two sides of Caitlin’s persona slowly start to reconcile, before being tragically torn asunder.
This is brilliant T.V. I both can’t wait for the next episode, but dread that this brilliant season will soon be ending. If we gave ratings this instalment would definitely score a 10. Bravo to all involved.
(This review was originally published on the DC World website on April 25th 2018)