Review: Batman: Prelude To The Wedding – Red Hood Vs. Anarky 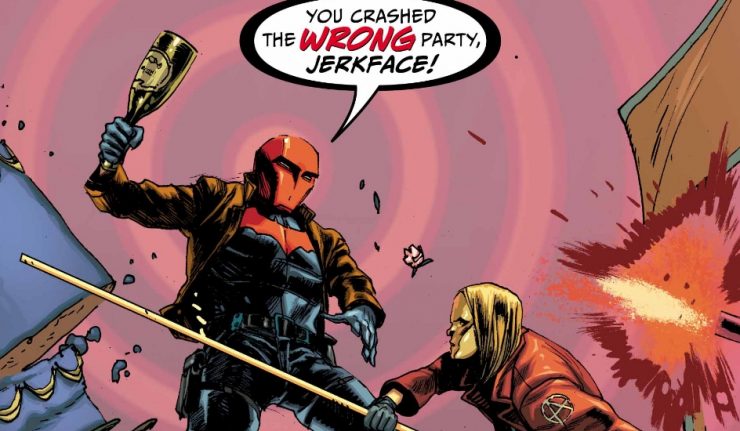 The hero who acts like a villain vs. the villain who could really be a hero. I cannot believe that these two great Bat-Family members haven’t come to blows before! Red Hood Vs. Anarky makes for the the perfect antagonistic pairing, and give us another terrific chapter in the story leading up to the Bat/Cat wedding. 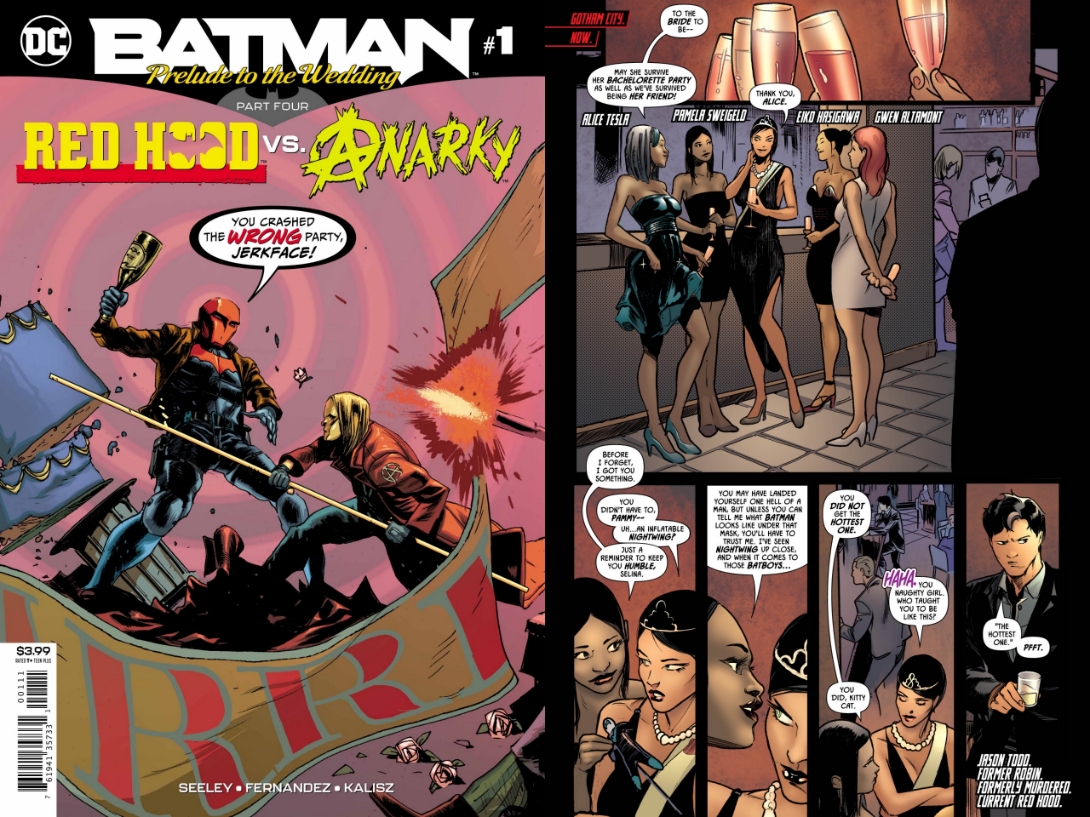 Another brilliant script from Tim Seeley and art from the terrific Javier Fernandez are both things that I will always look forward to. I’m a big fan of both these gents. Witnessing Jason Todd even attempt to follow orders from Batman is hilarious! Seeing him asking Bruce for $150,000 as payment made me laugh out loud. Watching Jason grow since his resurrection has been one of my favorite comic book character journeys. I remember despising the Jason right up to his death back in the 1990s. His redemption arc has been handled brilliantly, particularly in the current DC: Rebirth run of Red Hood And The Outlaws.
As with all of Tim Seeley’s scripts for the wedding preludes, the handling of Jason, Bizarro and Artemis fits in perfectly with how they’re portrayed in their own series. Great stuff.
As for the art of Javier Fernandez? Man, I wish I could publish pages six and seven of this issue because they are awesome. Just like I rated the version of Nightwing in his own prelude against Hush, I have to say that Mr. Fernandez’ Red Hood is amongst the best renditions of this character that I’ve ever seen. The Batcave scenes with Jason, Batman and Alfred are also absolutely fantastic.
Apparently pages 14-16 and page 18 were penciled by Hugo Petrus. I’m not familiar with his work, but I loved it in this issue. I usually hate it when more than one artist draws a story, but Mr. Petrus pencils with Javier Fernandez inks made the whole issue flow. If I wasn’t so nerdy as to always read the credits box, I never would’ve spotted the change. Great work, gents. 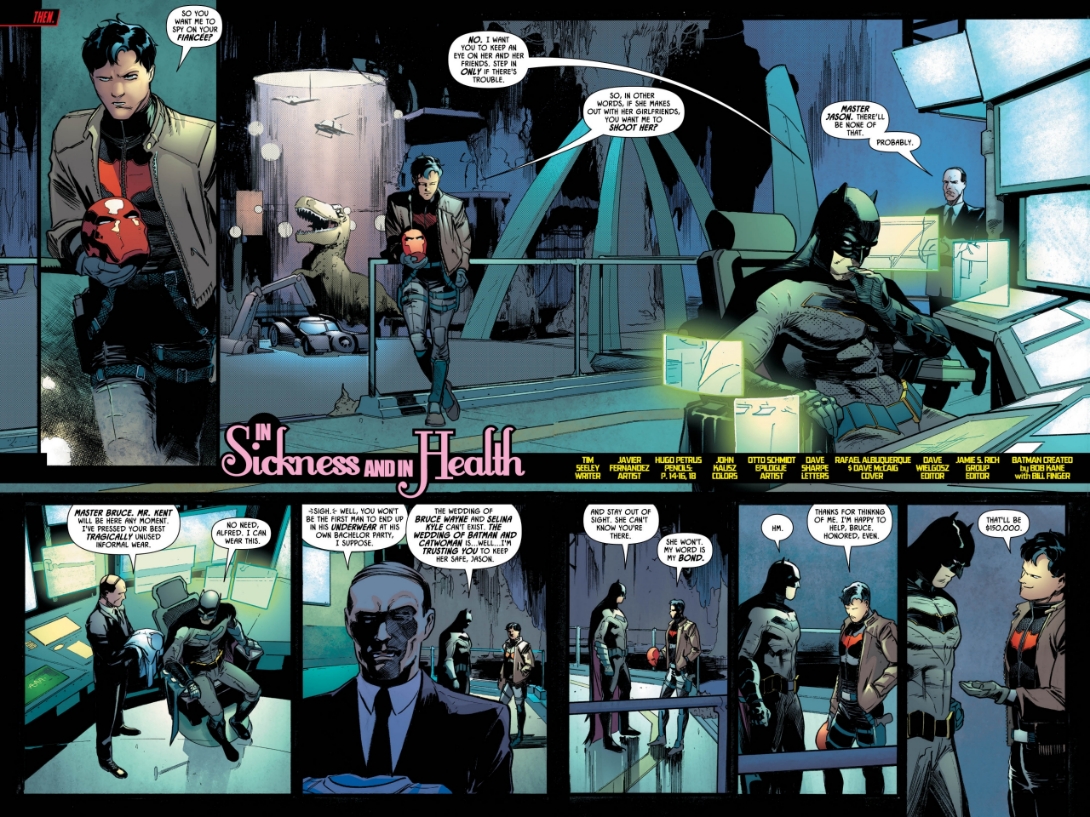 None. This issue was lovely. Selina’s powers of observation, the dialogue, the stellar art and the hugely talented John Kalisz’ colors over Fernandez and Petrus line work made me a very happy reader. As always Otto Schmidt’s epilogue left me eager for the next chapter. 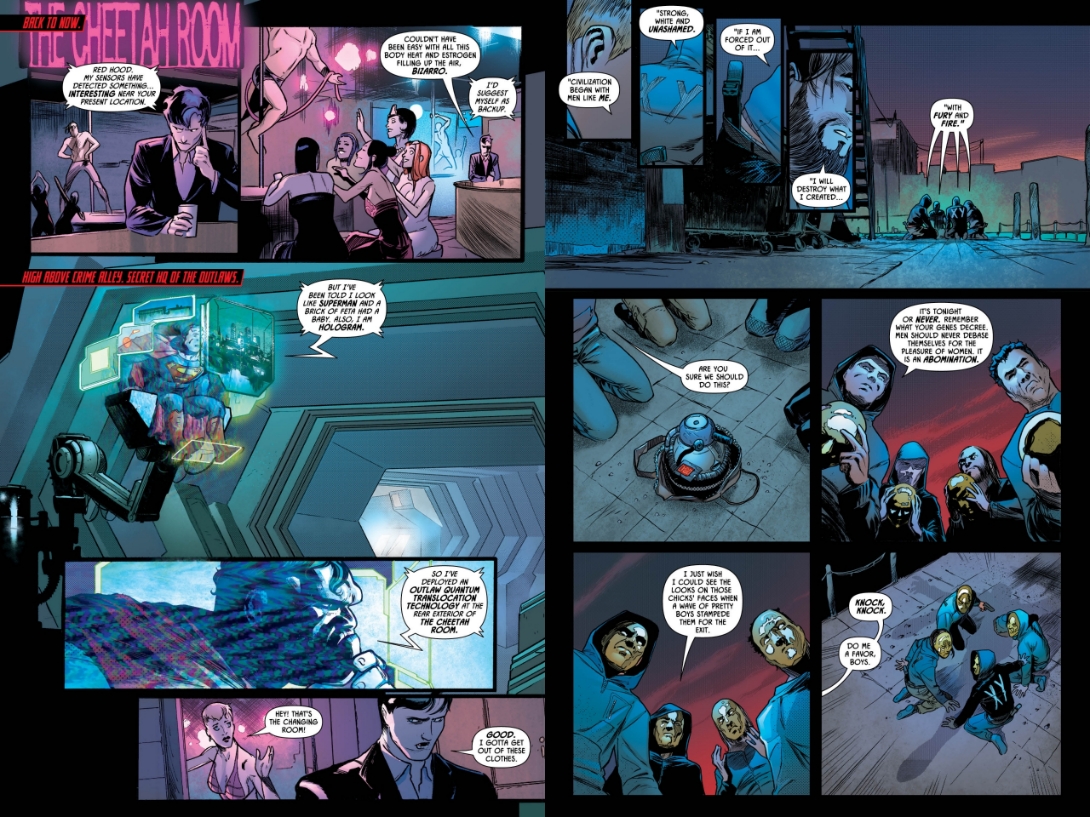 Another hugely entertaining story. The way that all roads have been leading to the Joker have me so excited for next week’s final chapter, and for the wedding in Batman #50.
HURRY UP WEDNESDAY!