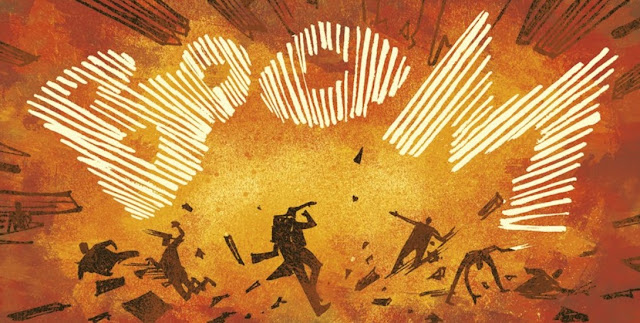 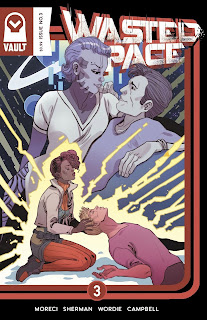 From reading issues 1 and 2 of this spectacular space opera for grown-ups, I knew that this series was going to be good. It was clear that the main protagonist, Billy Bane was damaged, that life had dealt him a blow from which he has yet to recover. In Wasted Space #3 this catalyst is finally revealed.

Man... now I'm starting to get why he turned out the way he did. Nice writing, Mr. Moreci.

I think the level of emotions portrayed are what elevates this series. Yes, this is sci-fi, sure, there's a ton of action, and of course there's a big bad villain (a really, really big bad villain)... but that's gravy.

The main course is real living, breathing, suffering, fallible people. Sure, some of them are space aliens and synthetic life-forms, but they act, speak and feel like us. 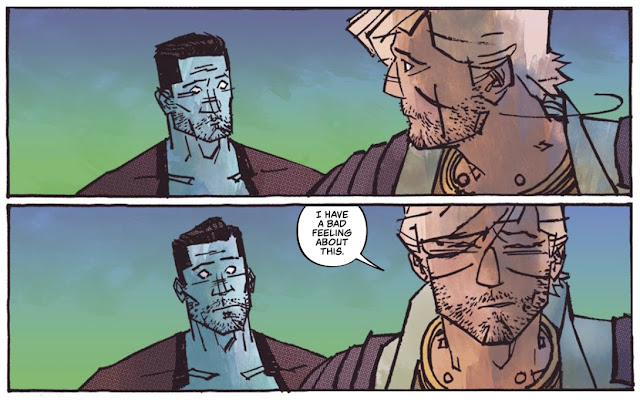 The Future's A Pretty Cool Place... But I Wouldn't Want To Live Then

The other joy of this series is how much it doesn't look like your standard science-fiction fare. The visuals of artist Hayden Sherman, subtly and atmospherically enhanced by the hues of colorist Jason Wordie, are every bit as rough, scarred and weathered as the characters themselves. 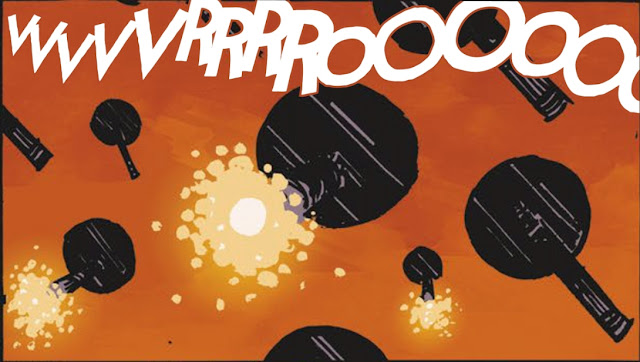 The alien worlds, starships and city-scapes of Wasted Space are far, far away from any I've witnessed in movies, TV shows, comics or books. That makes me happy.

There is none of the chrome, stainless steel, shiny blues, purples, reds and greens of 1960s StarTrek... oh no! This world feels a lot more like what might have happened if Blade Runner and Firefly had met, fallen in love and decided to have babies. 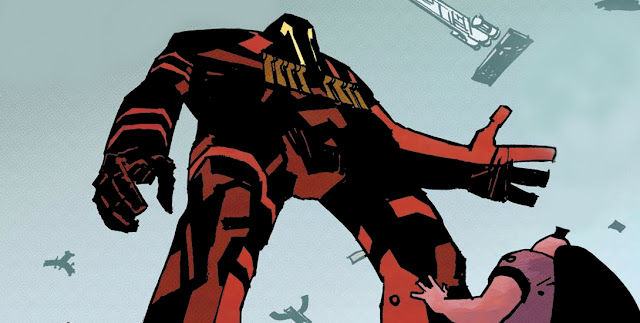 Remember that really, really big bad villain I mentioned? Not only is Legion huge, he's as mean as they come. Threats don't loom much larger than this fella, and he's not the only one chasing our errant band of worlds weary travellers.

Adding to the list of unwanted visitors are the religious zealots of issues 1 and 2, led by the brother of the final member of our erstwhile trio, Molly Sue. She may be a preacher's daughter, but this girl just wants to have fun. 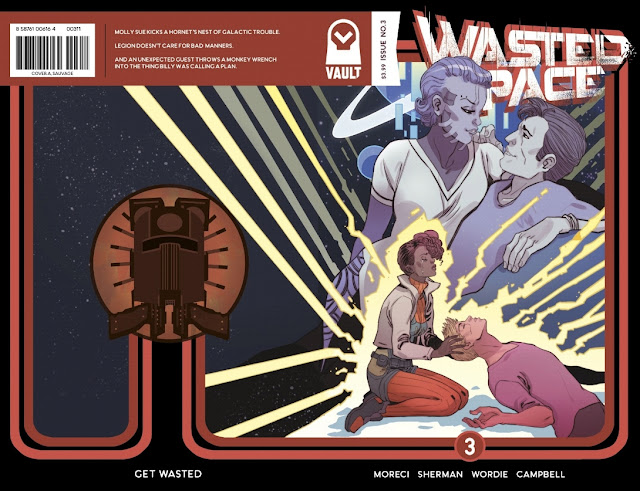 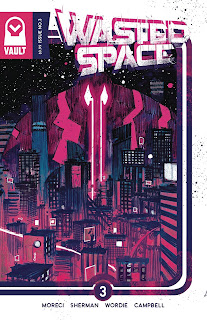 I think that it's fairly safe to say that I'm loving this book. The writing, the art, the crazy calligraphy of loony letterer Jim Campbell, and the terrific eye catching covers of Marguerite Sauvauge and Hayden Sherman. This series is so different to anything else out there.

In my last review I said that the lack of support for independent comics amongst many people I know really used to upset me. The fact that a whole bunch of guys and girls have picked up this series and are really enjoying it makes me grin from ear to ear.

This series is well worth picking up. If you love sci-fi, if you love comics, or even if you just want to try something new, I highly recommend it.

Sit back, relax, take it all in and let it flow over, into and through you. Come on, I know full well that you want to well and truly Get Wasted.