Review: Adventures Of The Super Sons #1 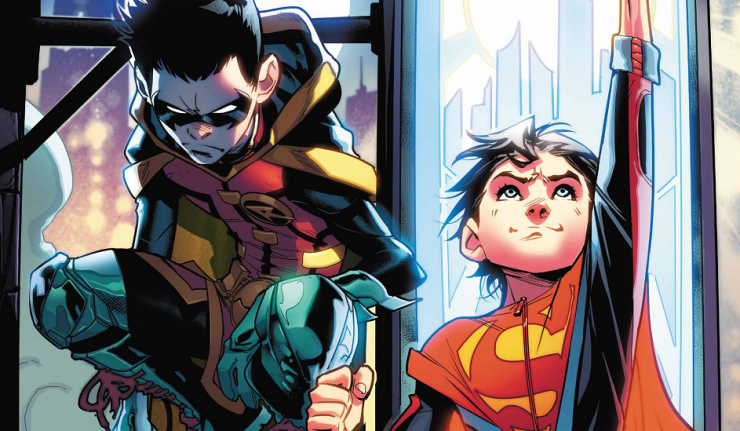 Adventures of the Super Sons #1 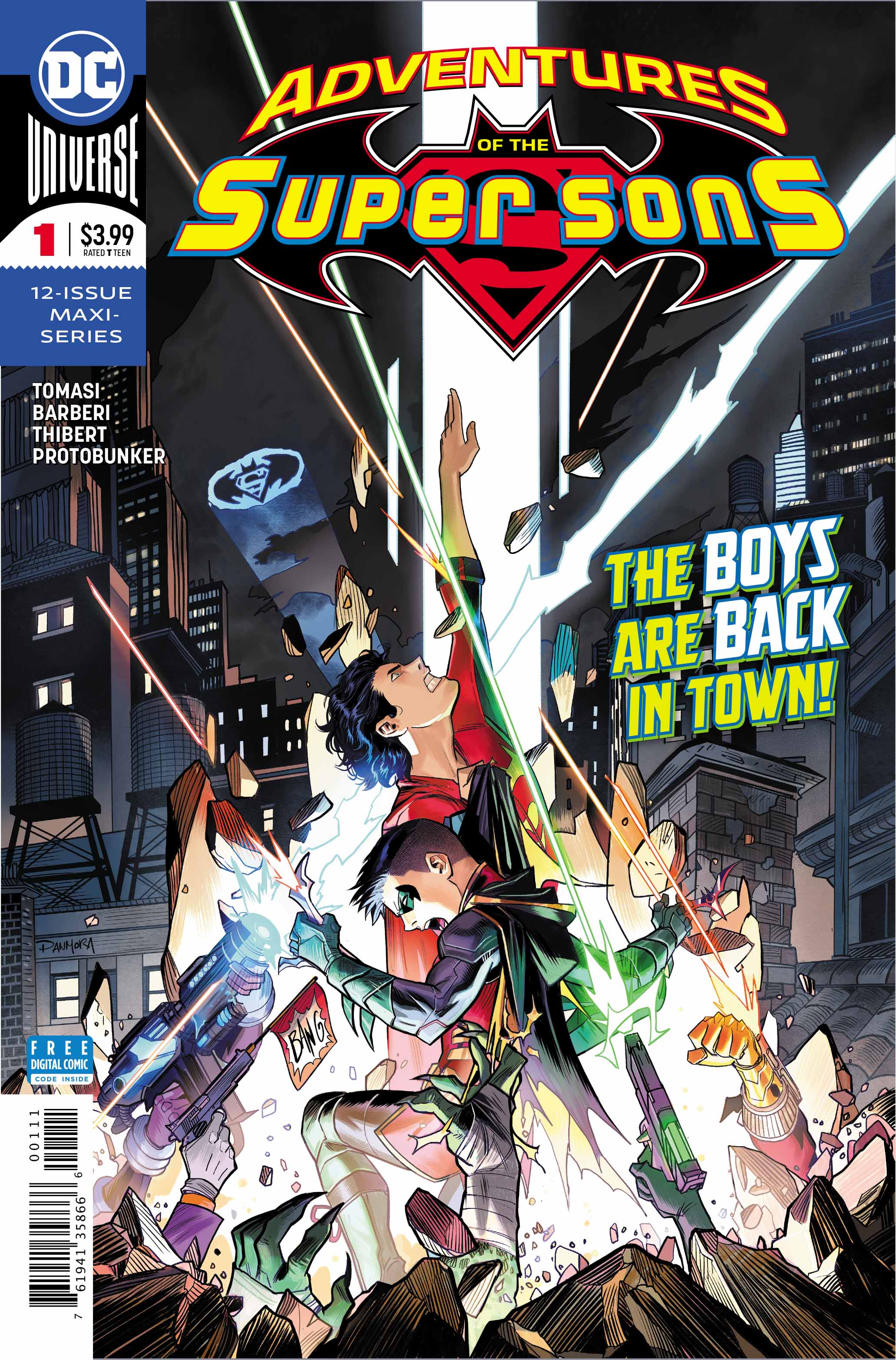 
Review by Adam Ray
We’ve known the characters Batman and Superman for roughly eighty years each. Most people hope to have kids by the time they’re 80. It’s a rewarding sight for fans to see their sons side by side. They reflect their super dads very well.
I didn’t catch the original run of this series, but seeing the two of them on the cover made it pretty clear what this series would be about. I have to say that I truly love the fun and antics of the super sons… and that's after reading just one issue!
Possibly one of the best but most jarring things I’ve ever read is Damian saying “Let’s get to school”. Of course they go to school, but you’d never think about one boy with godlike powers and another who’s been trained from birth to be utterly deadly, going to school. They aren’t there for long of course. It’s vacation time. 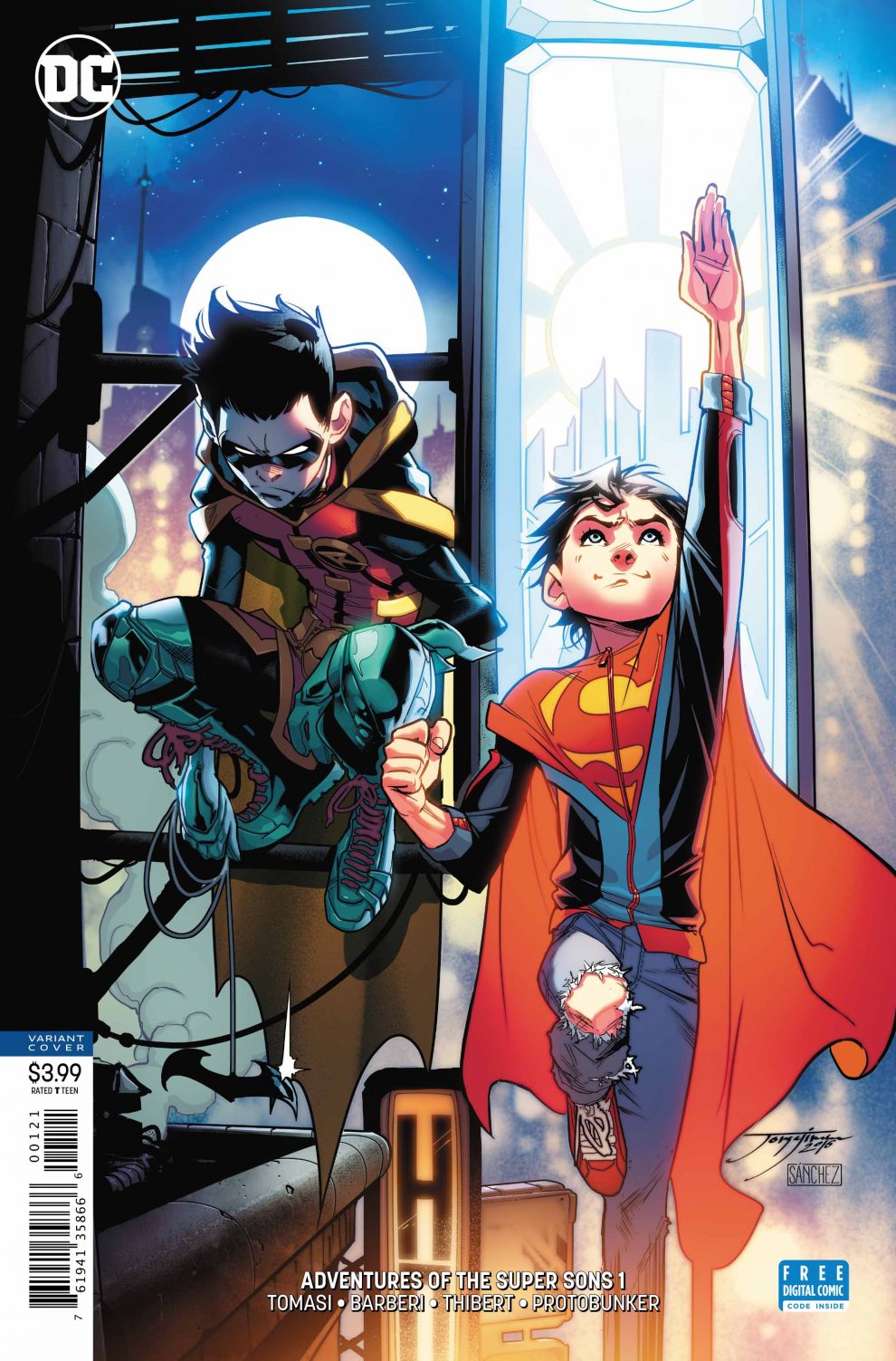 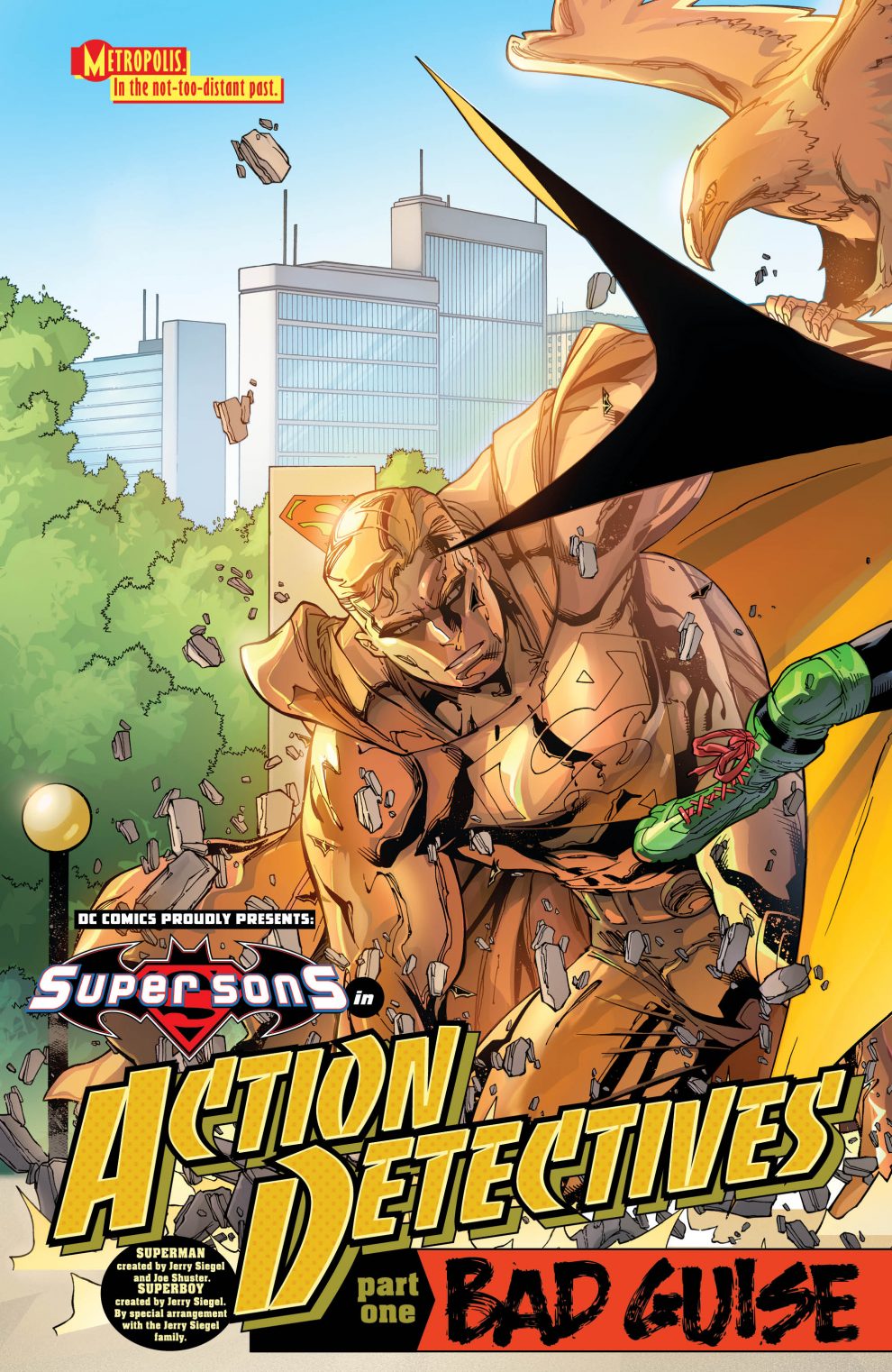 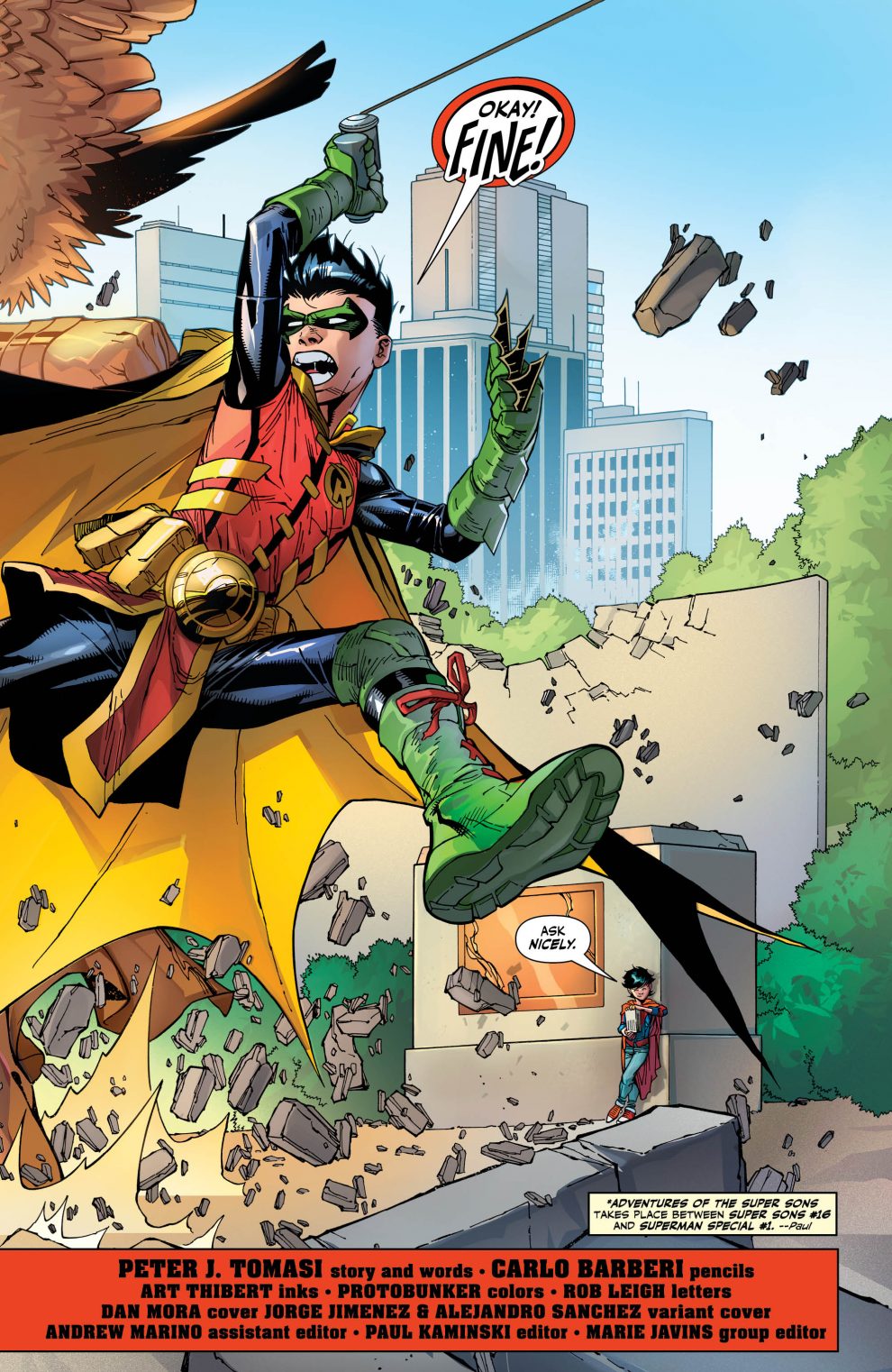 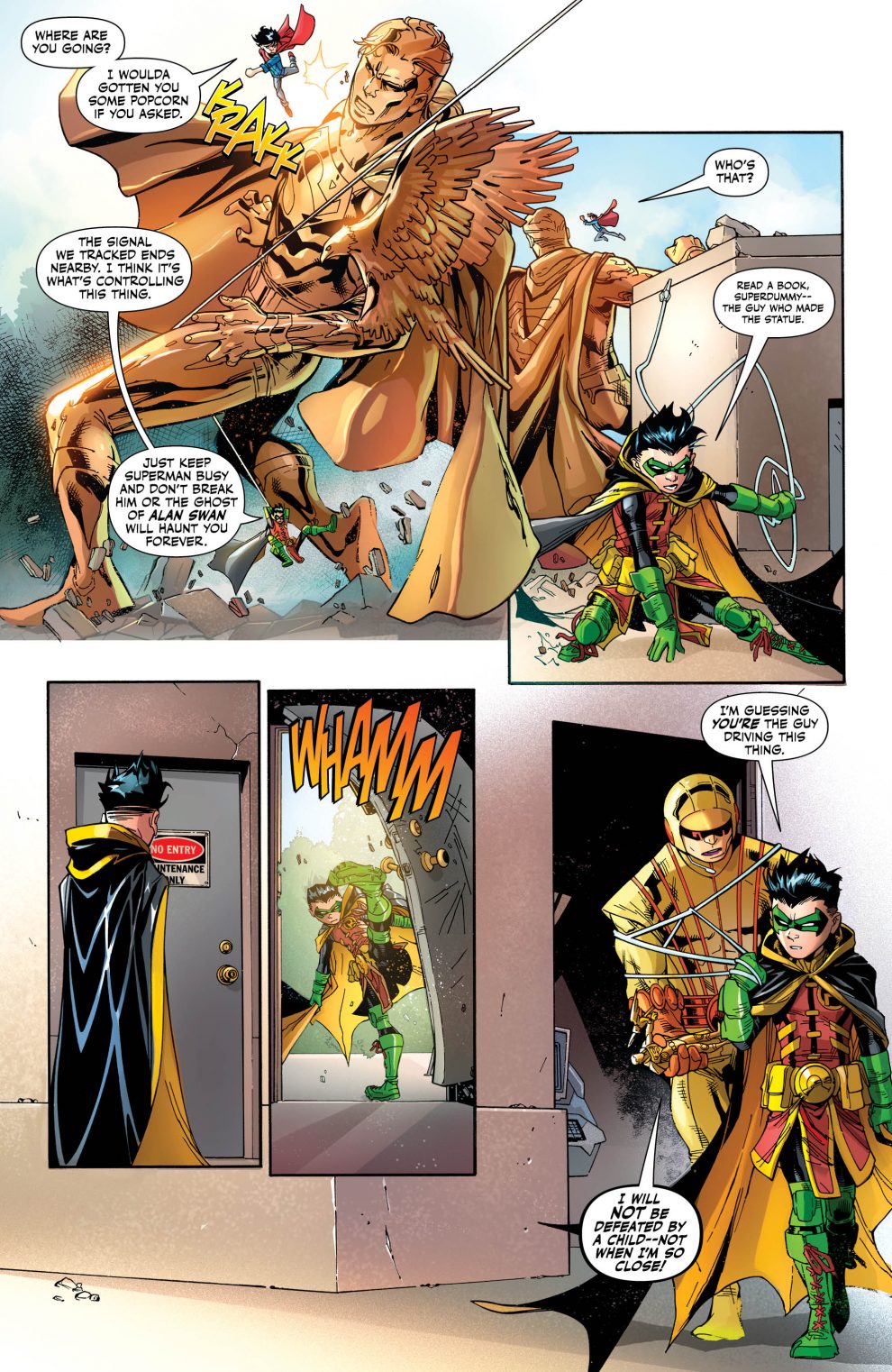 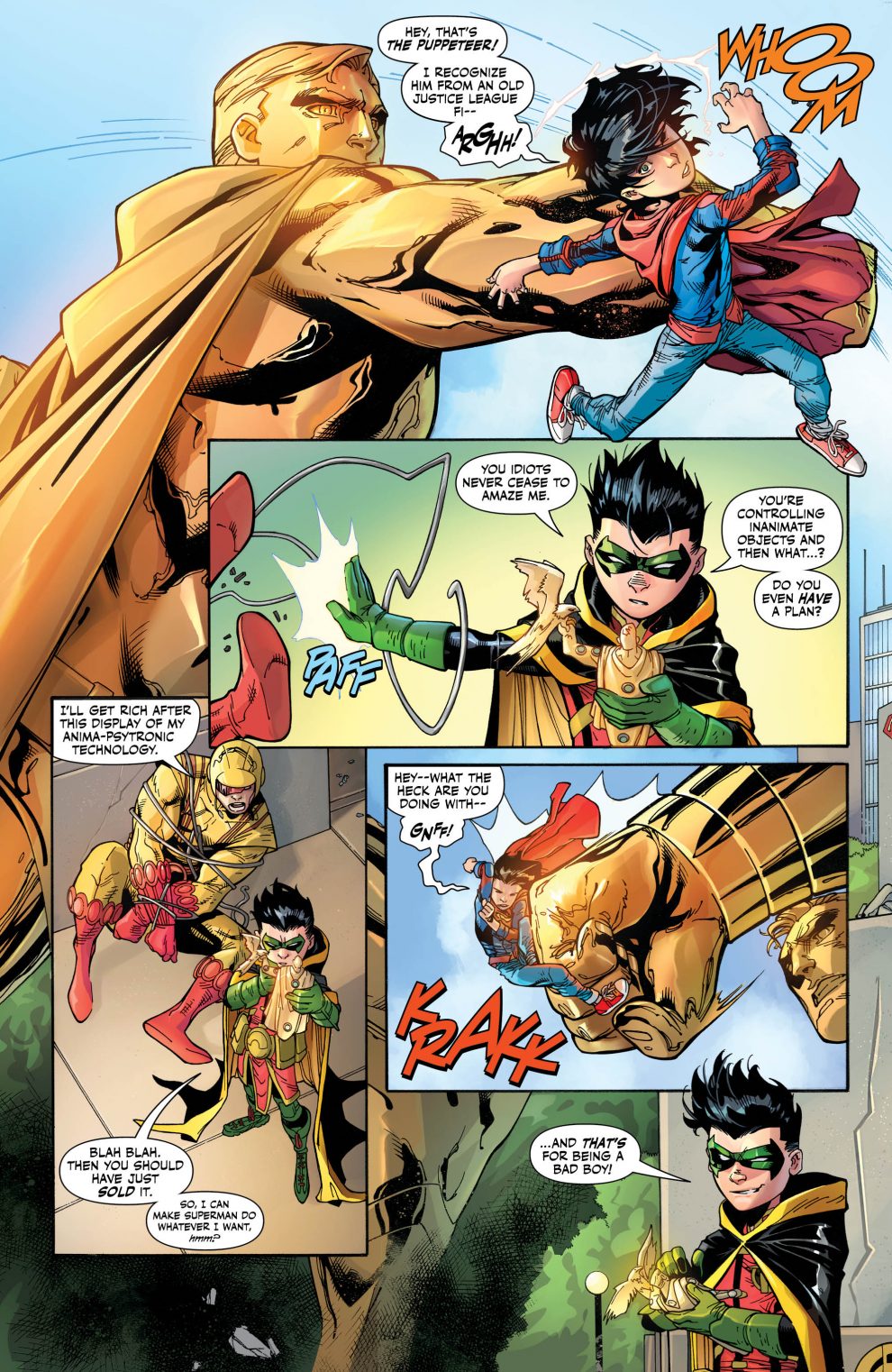 When they’re together, I’m not even sure they’re friends. The action and chaos they partake in is sometimes less interesting than seeing two, completely opposite personalities clash all over the place. As school ended, Jon was running off overjoyed. Damian was there schooling his teacher. It’s a real credit to Tomasi keeping them so true to their creators, and their fathers.
Protobunker has done a great job bringing vibrant, dynamic colours to this issue, and hopefully the series. Sure the boys this story might be about are young, but if they’re of the age to take school seriously, then the vibrant look is exactly what they would deserve and read themselves. If they were normal kids.

Damian and Jon met with the most unlikely antagonists at the end of the issue. All seems dire here, right from the beginning. This opening chapter has done a great job roping me, and many more readers, into wanting to read more about the sons of our heroes.