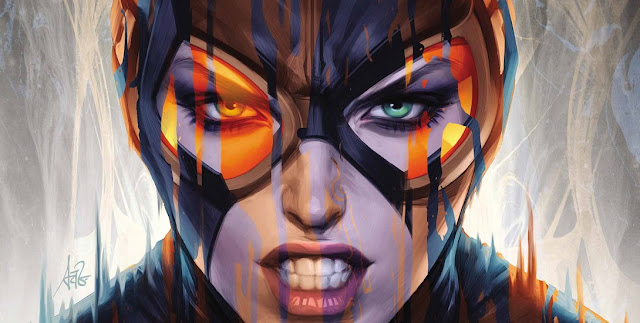 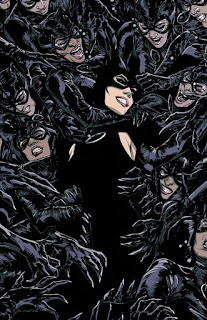 Writer: Joëlle Jones
Artists: Joëlle Jones, Laura Allred
Review by Adam Ray
We open where the last issue closed. Cats abound wherever Selina is hiding. I counted over two dozen other women in Catwoman costumes (I don’t want to say cosplay, but that’s kind of how it works out) between this issue and issue 1.
Outside the cat sanctuary, political turmoil begins to bubble from the attacks one of the fake cats carried out. The arc is building up to something, and it could go in many exciting directions.


The unique art style of Jones and Allred is even stronger in this issue than in #1. The range of deceptively detailed images and shots they’re able to create, fills the issue and makes it a real treat. Selina’s fight with the other copycats is dynamic and true to the character’s style. While in the same issue, we get the hideous vision of Mrs Creel – noseless and hag-like. It’s so rewarding seeing a character handled by true and talented fans, handling the character in her element and putting her up against someone who is her complete visually opposite. 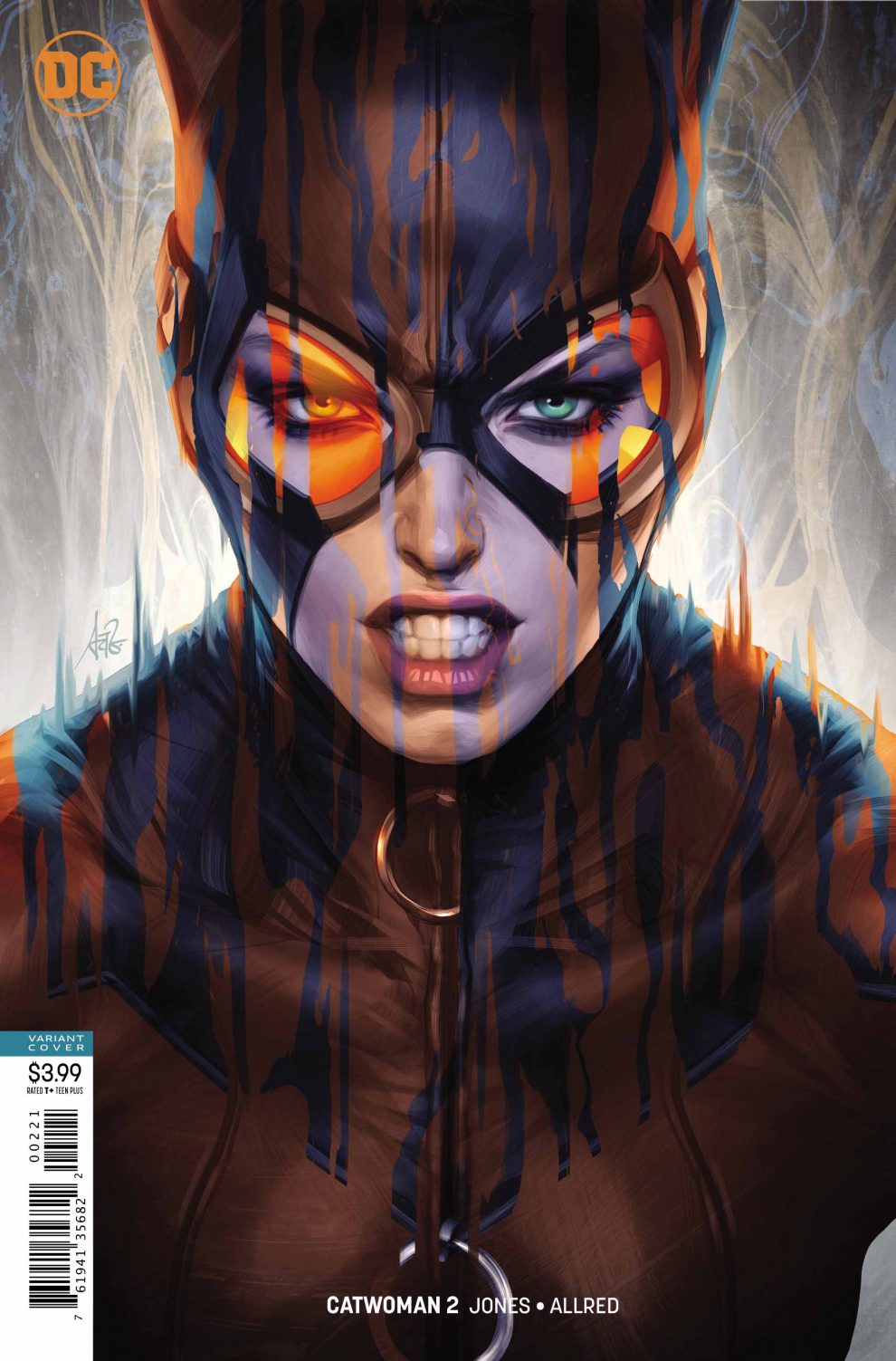 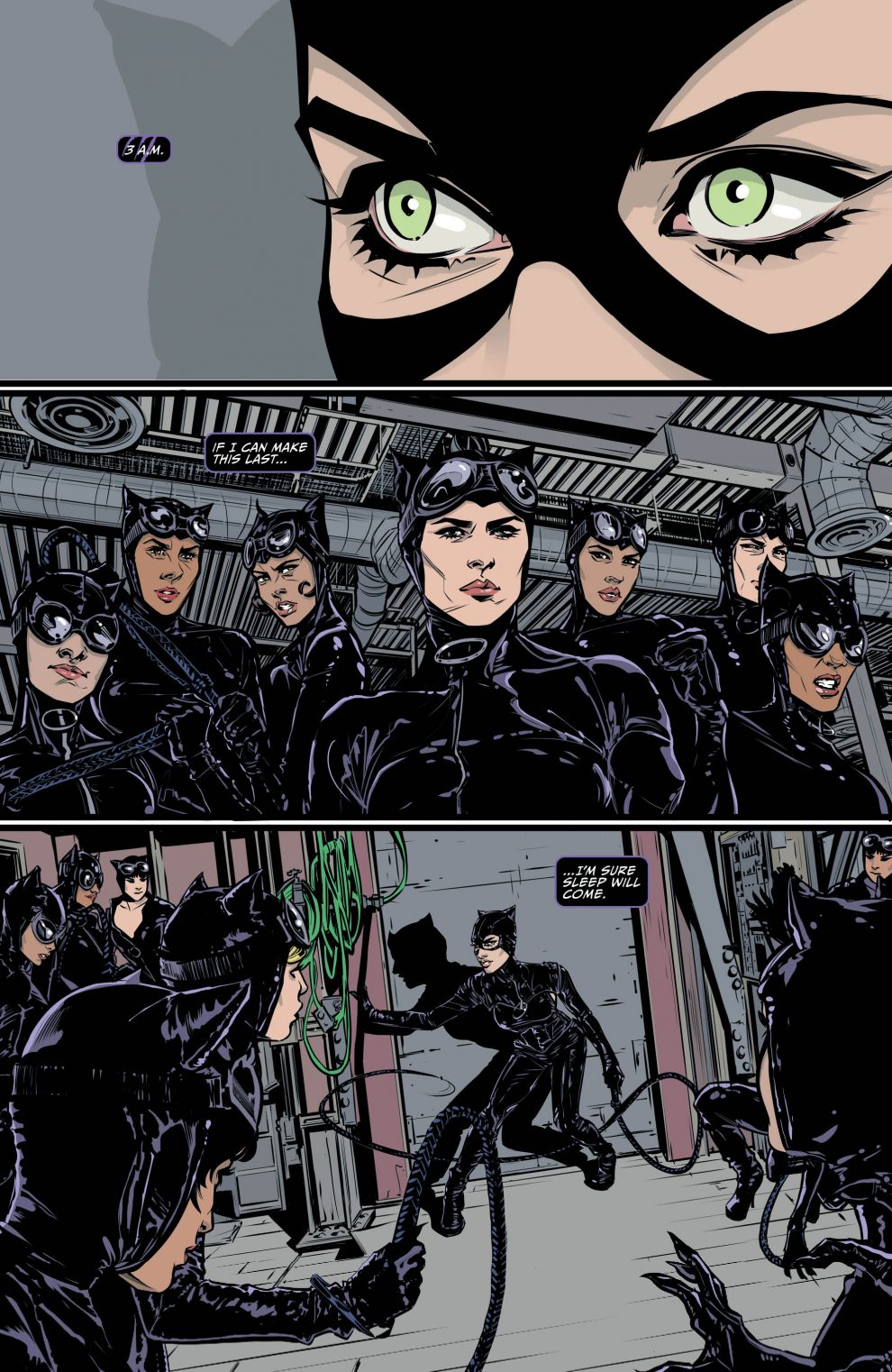 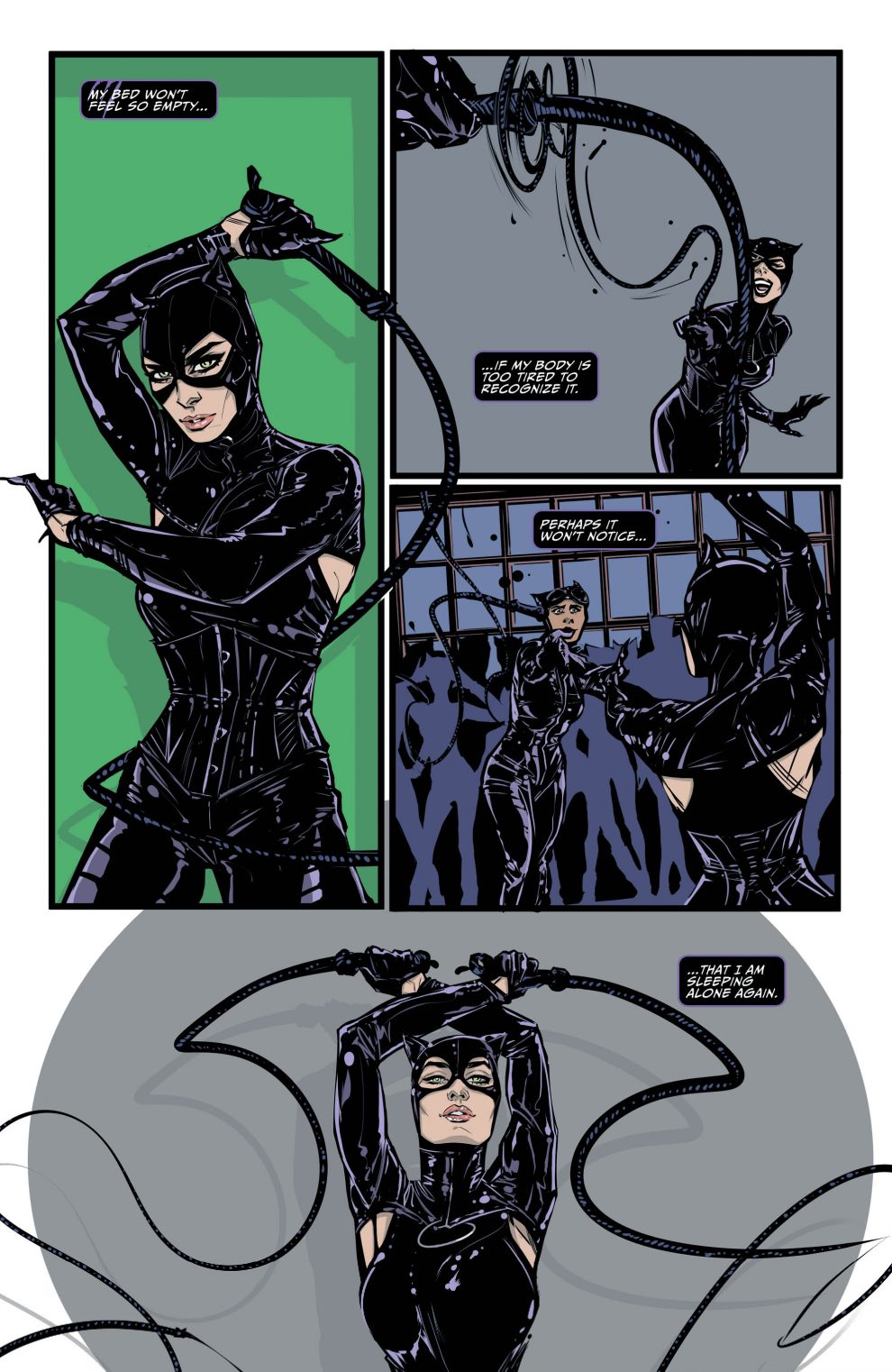 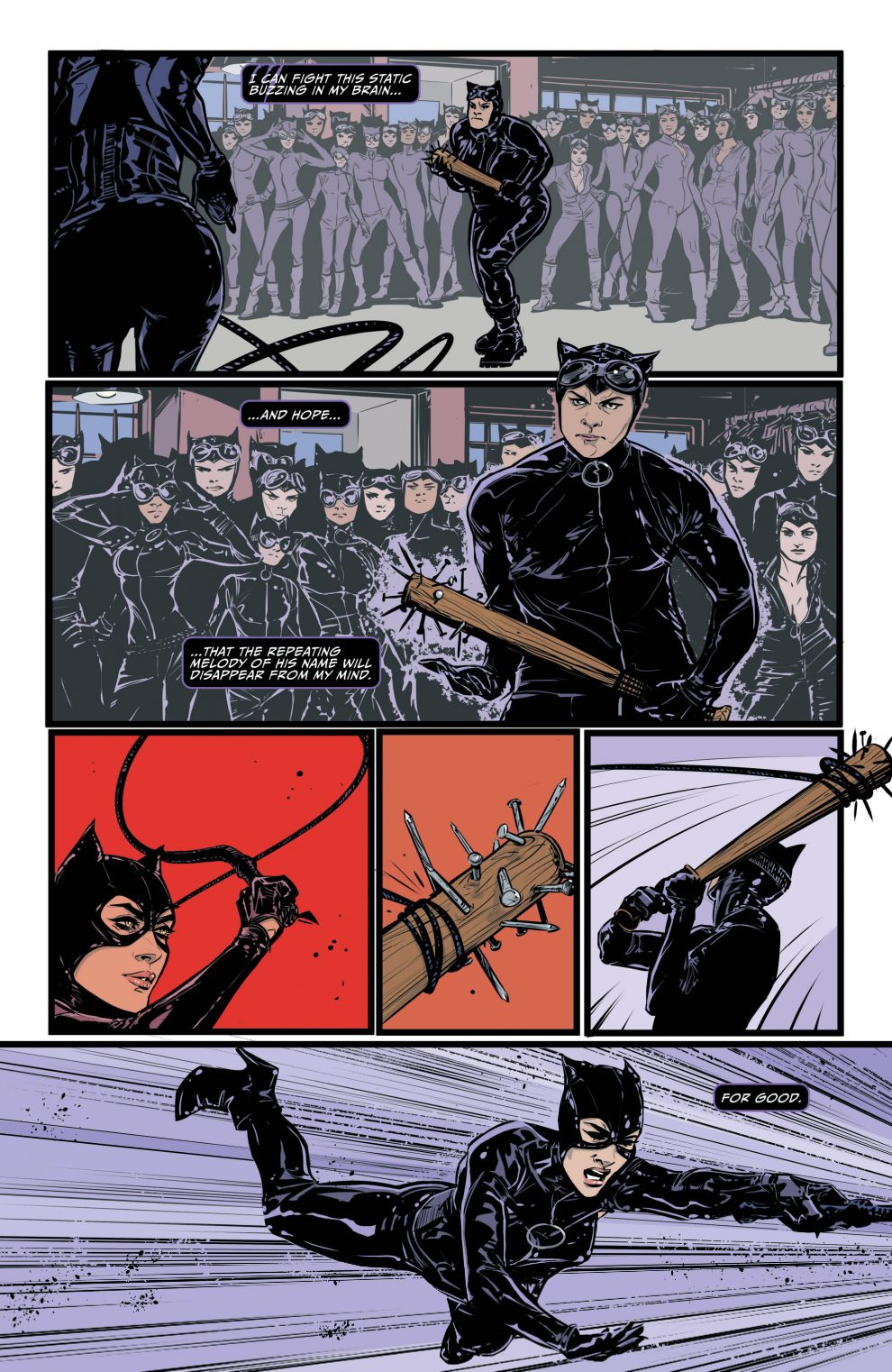 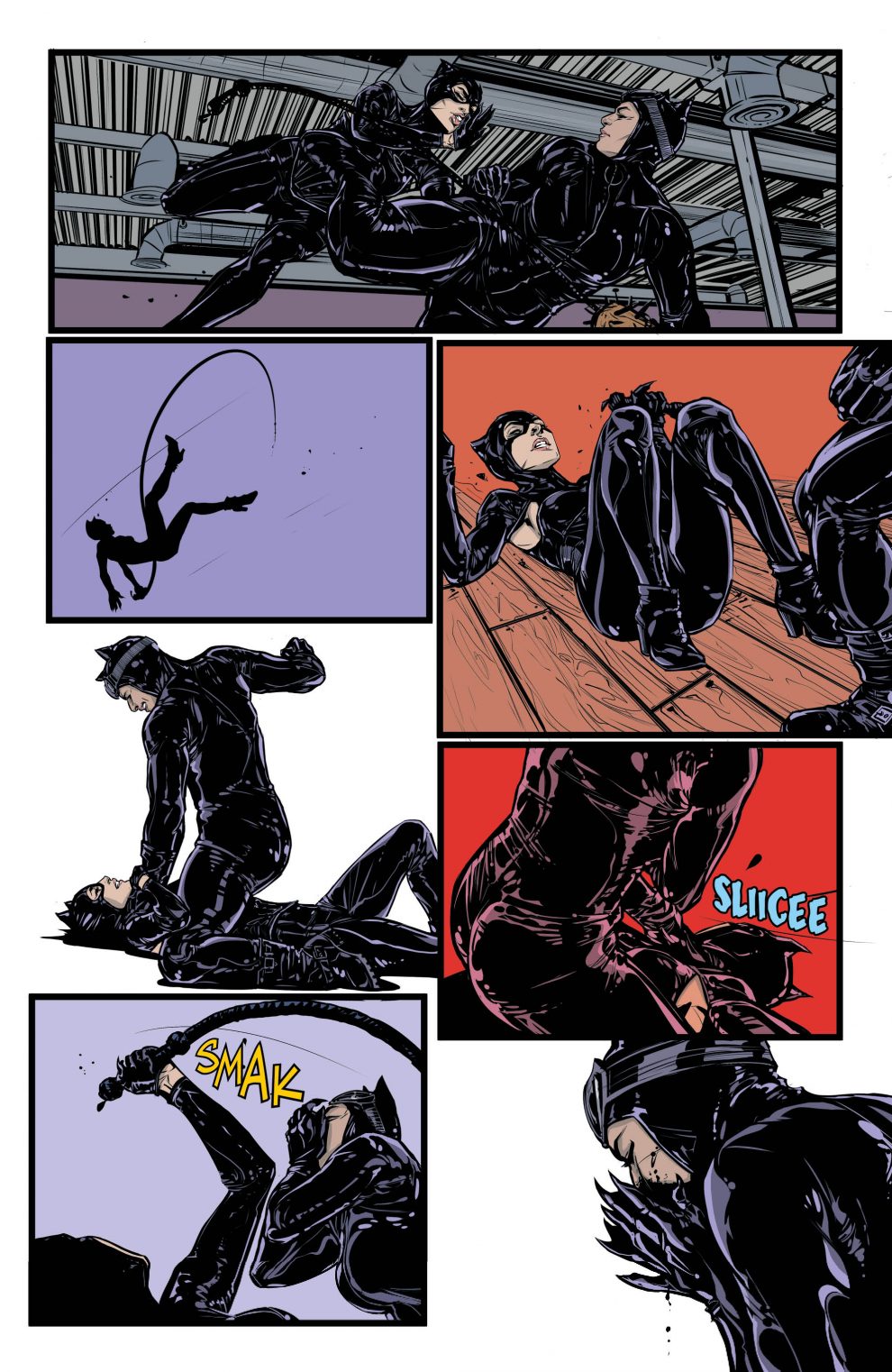 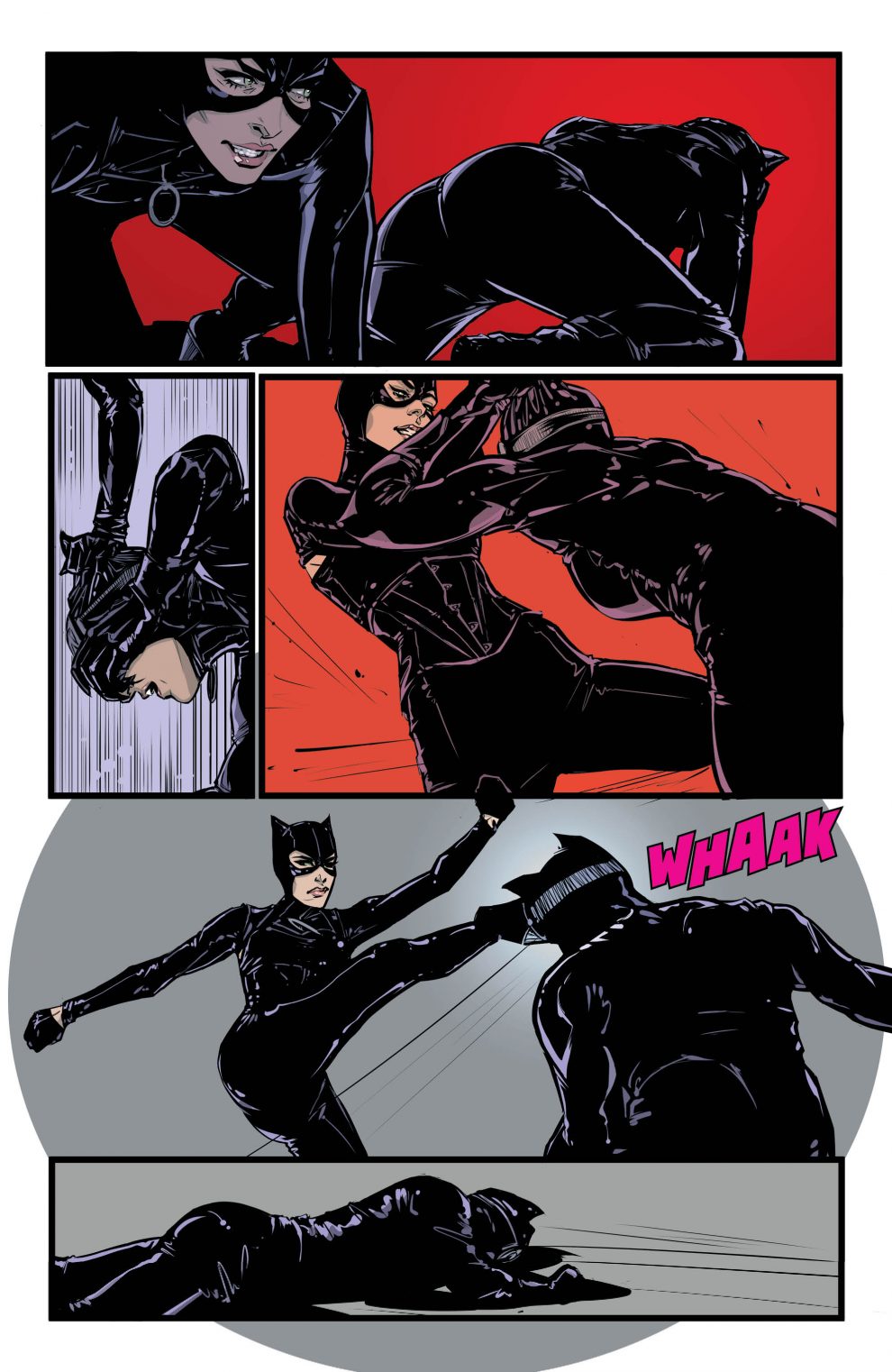 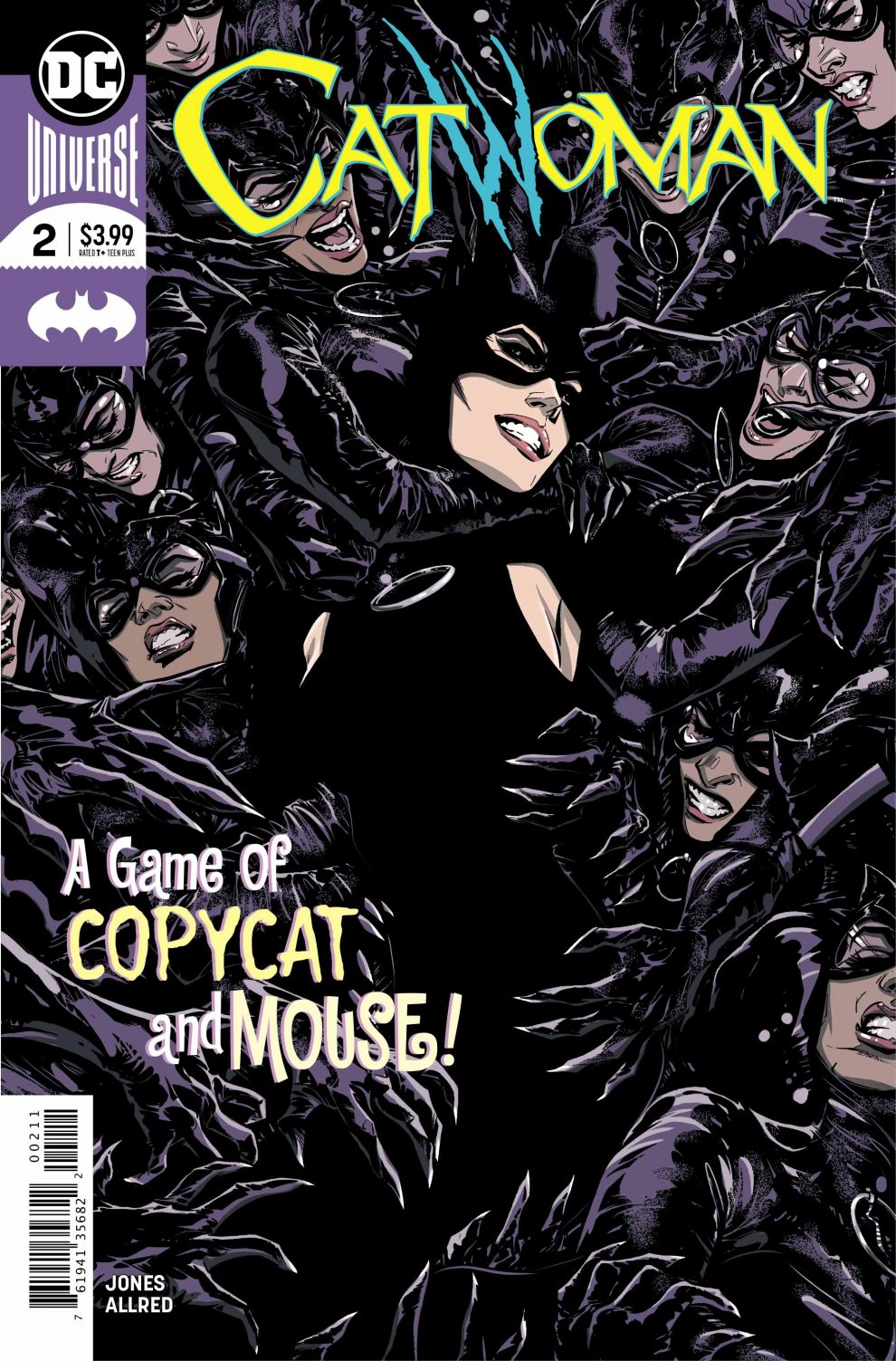 The double page spread of Selina entering a soiree in this issue is one of my favorite shots of many recent comic book releases. The trope of a femme fatale walking into a ballroom, with her back to the audience is common, but hard to do well. The double page spread is dominated by Selina from behind, but the detailed artwork by Jones and Allred is just stunning here. Each little section of the ceiling is detailed. The floor is polished and the party-goers are reflected in the tiles. Members of a band are playing strings, behind a walking couple. When a comic book’s artwork goes beyond, and actually becomes fine art, you know you’re reading something special.

Lots of competing powers are up in the air right now. We found out why whoever brought these copycats together did so and we hear about troubling changes in Catwoman’s world. All the while we see Selina, sad and alone after her departure in Batman #50. I’m excited to read where the story goes from here.