Movie Review: Ant-Man and The Wasp 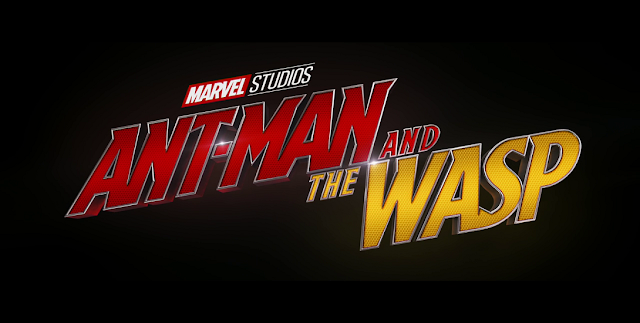 How do Marvel continue to produce films that aren't actually superhero movies, but just include their characters?

Captain America: Winter Soldier is a prime example. It was a spy movie, that just so happened to have Marvel characters in it.

The first Ant-Man is another. A heist movie, that included Marvel characters. The second movie is no different. Only instead of it being a heist movie, it keeps that undertone, but feels much more like a family comedy. 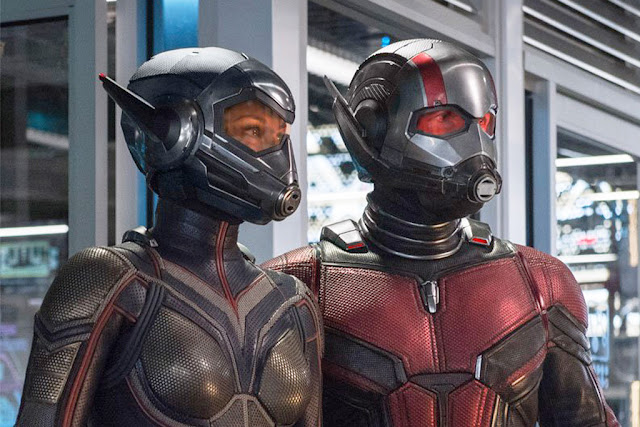 The plot can, at times, be quite confusing. The amount of scientific jargon and terminology throughout the film probably left most viewers like myself, bewildered and pretending to understand what characters were saying. Scott Lang was very relatable in this way, as that's pretty much what he does during the entire film anyway.

The film continues on after the events of Captain America: Civil War. Scott is put on house arrest after fighting alongside Cap. With only two days left of his charge, Scott is desperate not to do anything that's going to jeopardise his chance at being a better dad to his daughter, Cassie. After having a bizarre vision, Scott contacts Dr. Pym, which leads him back into the crazy life of being a size-shifting superhero.

The plot is heavily based around the notion of family. Scott just wants to spend time with Cassie. Hank and Hope want nothing more than to be reunited with Janet. Luis, Dave and Kurt are starting a business with Scott, creating their own weird little family. Even the main antagonist, Ghost, has a father figure in Bill Foster. Honestly, Marvel have created yet another incredibly likeable villain. With everything that happened to Ava, or Ghost, as she is known; you can't help but feel for her plight. I know I did!

Ultimately, the story finishes with a happy ending. Until the after credits scene rolls around and brings about a whole new pain. 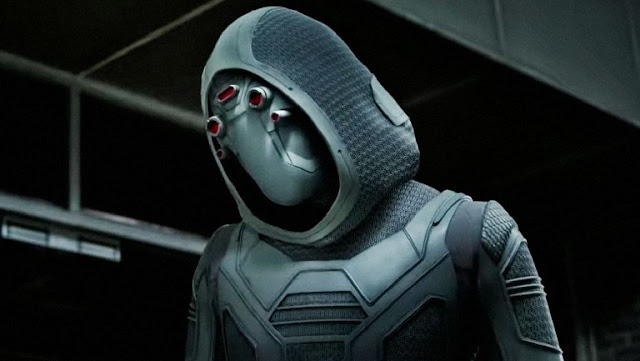 When watching a Marvel movie, it's pretty much guaranteed that you're going to be treated with fantastic characters. This movie is no different, everyone in the film is great; except Hank Pym. I don't know what it was about the character that just really bugged me. Maybe it was his arrogance, or perhaps the way Michael Douglas portrayed him. Either way, he was the only character I didn't enjoy watching.

There were a few stand out performances, which I'll get to soon. Paul Rudd was brilliant, yet again, as the titular character. He brought a breath of fresh air to Scott Lang that was a joy to behold. Evangeline Lily is excellent as Hope Van Dyne, finally getting into the action in this film. Hope kicks some serious butt as Wasp, as well as being herself. Michael Pena is back doing Luis things, which we all want to see more of. Michelle Pfieffer plays Janet van Dyne fantastically, giving the original Wasp life on the big screen is no small feat, but she performed the role spectacularly.

Hannah John-Kamen gave a beautiful performance as the pained Ghost. Both scared and fierce, the character really is quite complex, and was portrayed as such. Laurence Fishburne as Dr. Bill Foster, better known as Goliath, was both a surprise and a delight. Unfortunately we didn't get to see him costume, which would have been fantastic. Randall Park as Agent Woo matched the comedic tone of the film breath for breath.

My stand-out performance however, has to go to young Abby Ryder Fortson as Cassie. She was by far and away the best thing about this movie. Her relationship with Scott was probably one of the best on screen father-daughter relationships I have ever seen. Honestly, her performance is worth the price of admission alone. 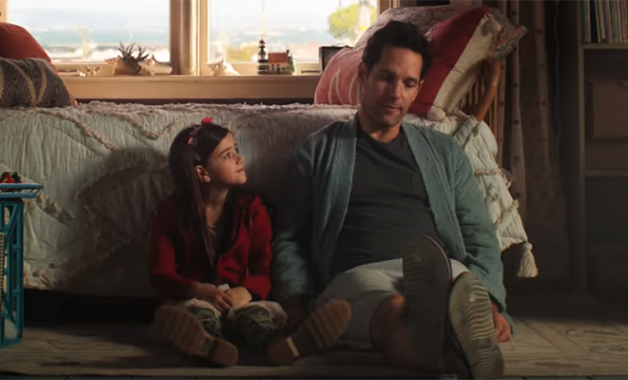 A good family fun film, that if you didn't rush out to the cinema to see, won't hurt your knowledge of the next Avengers saga. It doesn't enhance the universe in any way, and had the very difficult challenge of following Infinity War.