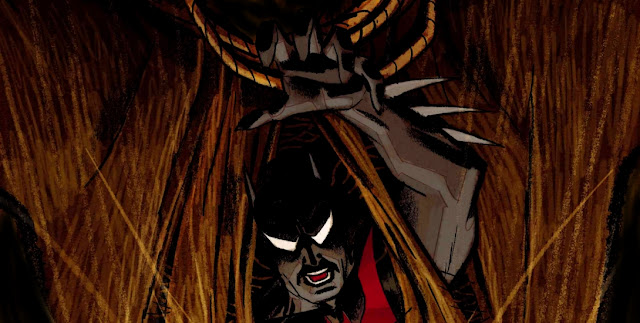 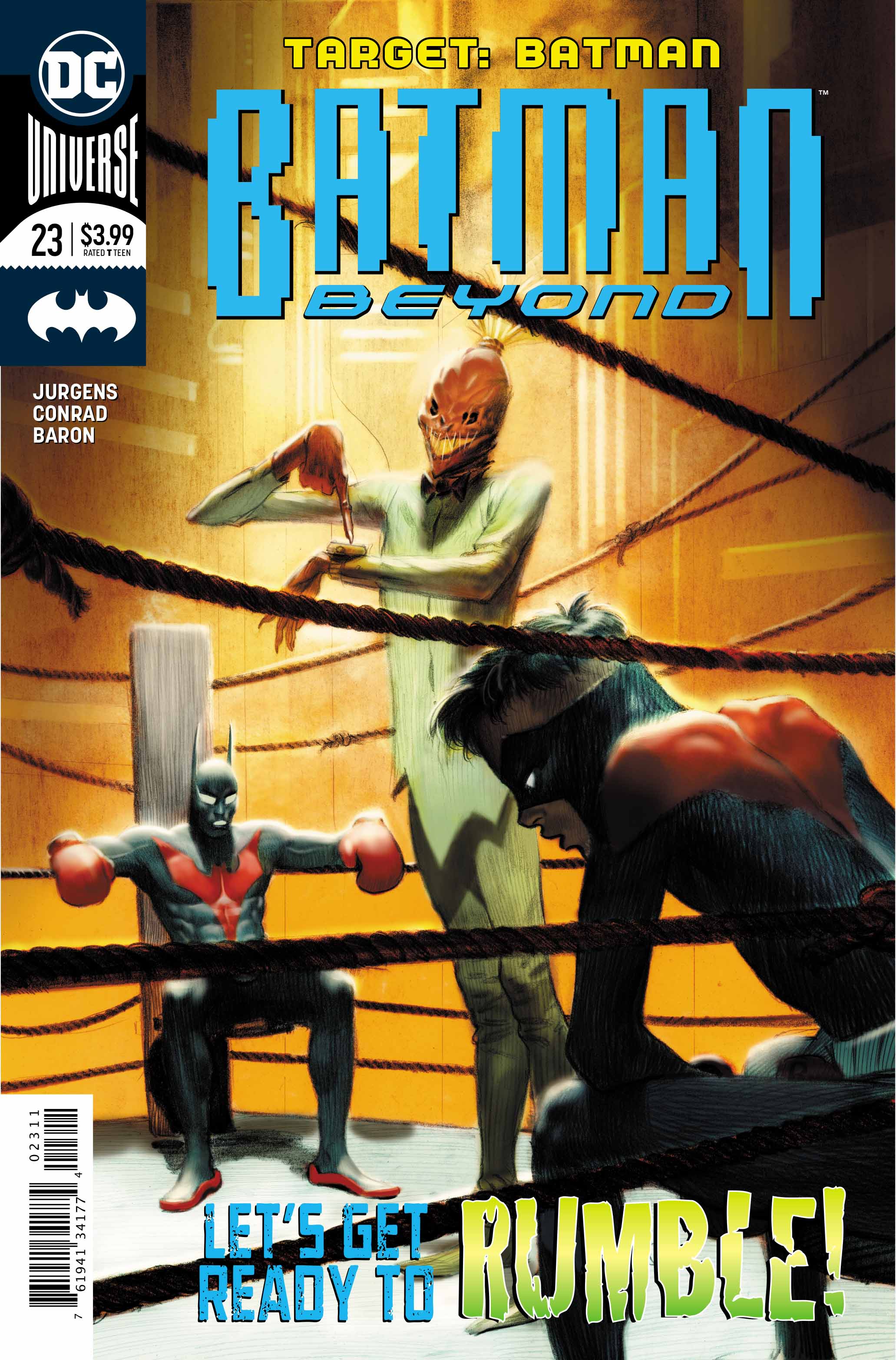 As revealed in the last issue, The Scarecrow has returned to Gotham. Methods for spreading mass panic have only grown stronger and more sophisticated over the many decades since Bruce Wayne fought Jonathan Crane. We see in this issue exactly how a new Scarecrow has transformed the people of Gotham into deadly weapons. Batman is truly everyone’s target.
I, and many readers, are thankful for the brief fly-by as the issue opens. Witnessing Matt really take on responsibilities at the helm of the Batmobile. It helps us all see why Bruce trusts the younger McGinnis brother as a natural fit for the mantle of Robin. It also shows how quickly Matt can go from calm and self-assured to surrounded by a mob and fighting with all his might. The art throughout this issue is really, really good. 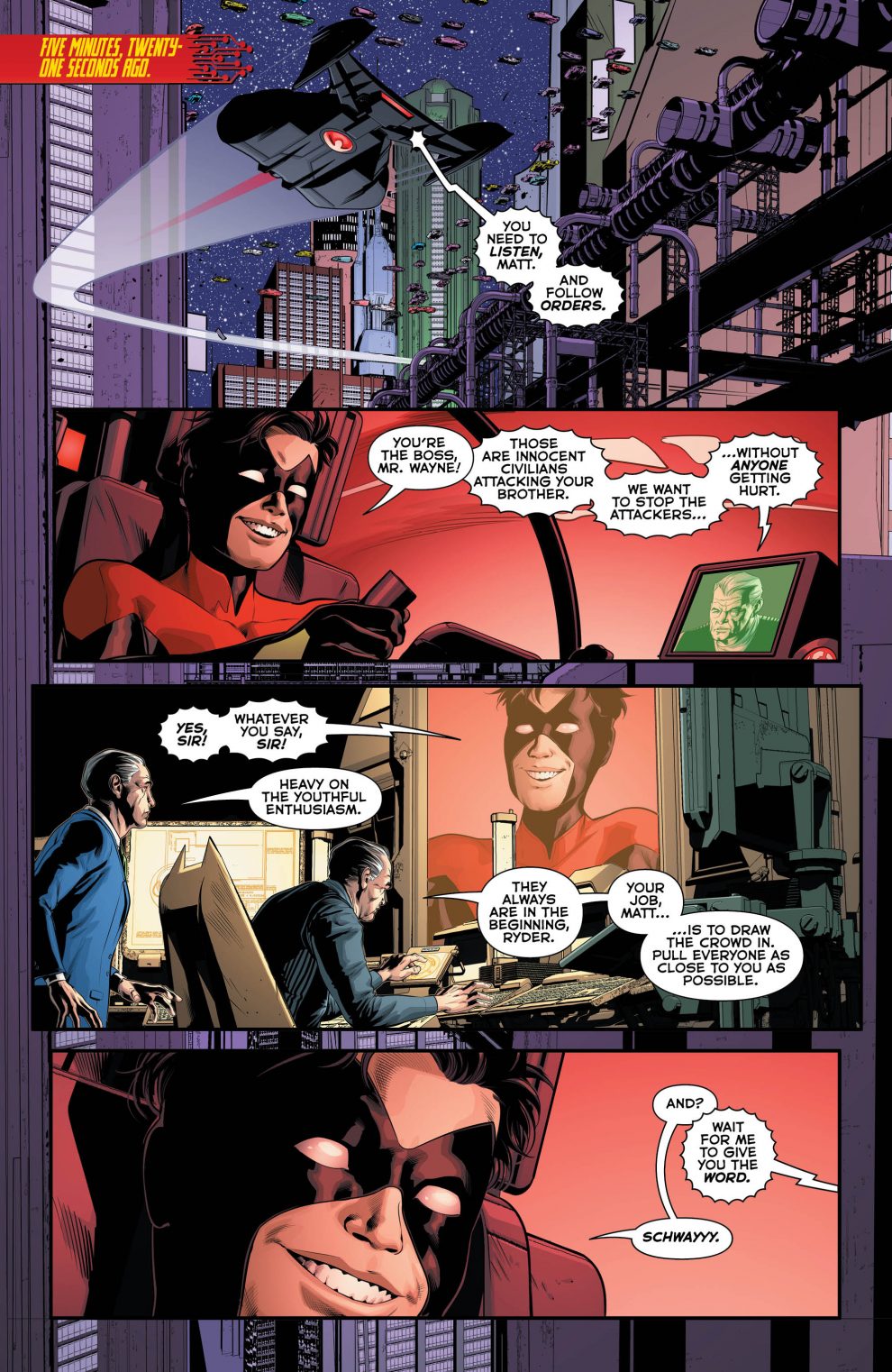 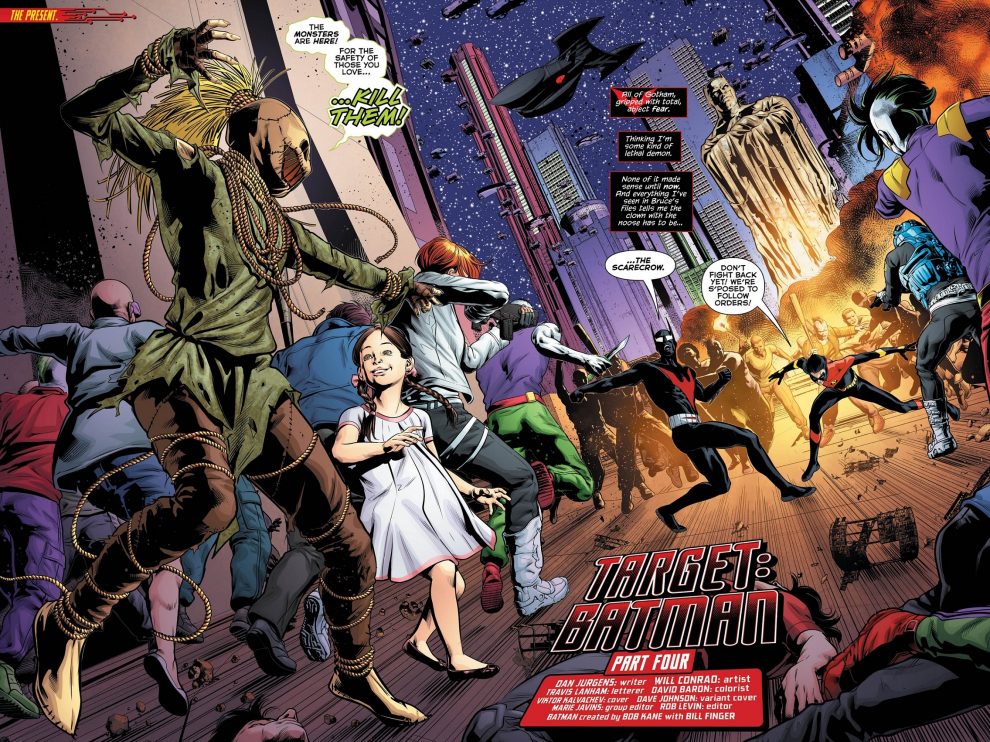 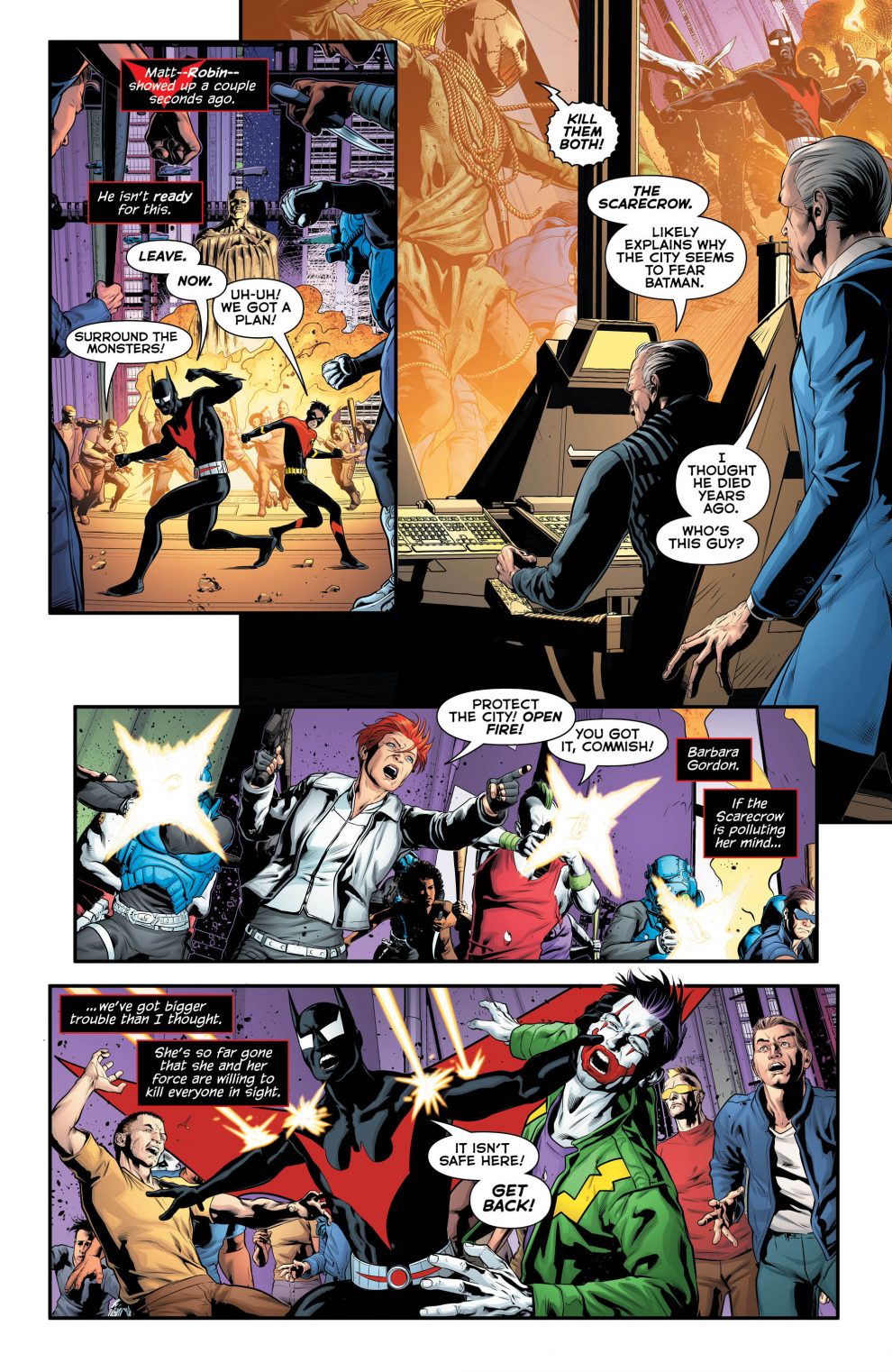 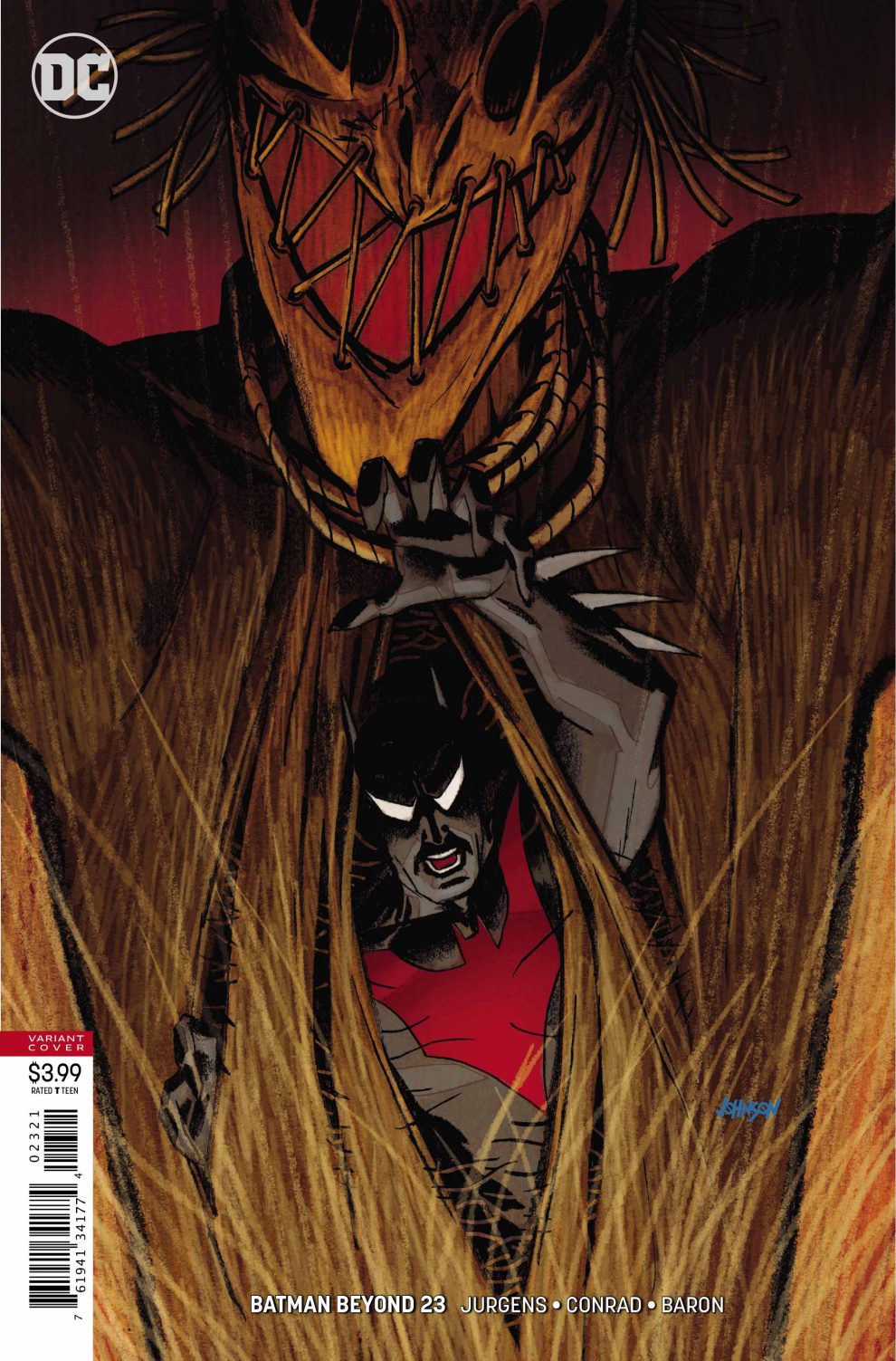 The consistency we’re seeing in having Jack Ryder appear throughout this story arc is very welcome. A rich slice of Bruce Wayne’s history, still active in Gotham really makes the rich future all the more realistic given the timings. When the McGinnis boys ask who Ryder was, “Hawkman… Green Lantern… The Atom”, it makes that vision of the future even stronger. By that time, when Bruce Wayne retires as Batman and it’s been so long that no-one remembers The Creeper, you’d have to consider that characters like Hawkman, Green Lantern, and The Atom are almost legendary figures talked about in Terry and Matt’s history classes.

I think any ending that can make me shout incoherent, angry vowels at a comic’s page, is a pretty strong one. Curse you Dan Jurgens, why must you play with my emotions like this? The situation looks so bleak. The trust of steadfast allies means nothing to the powers of this Scarecrow. All seems dire and I have to know how Batman gets out of this one, if at all!