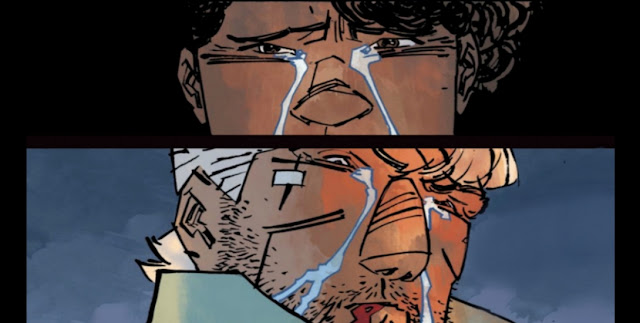 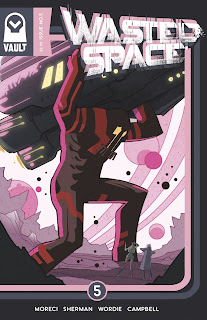 This is it! After five issues of mirth, mayhem and madness the first volume of Wasted Space has reached its climax. The best part is, we now no longer need to wait for months and months for volume two to begin. Reader support and word of mouth for this unorthodox sci-fi saga has been so overwhelming that what was originally intended to be a series of interlocking mini-series has become an ongoing monthly.

There may be a God after all... even if he does look like Billy Bane's favorite childhood action figure. 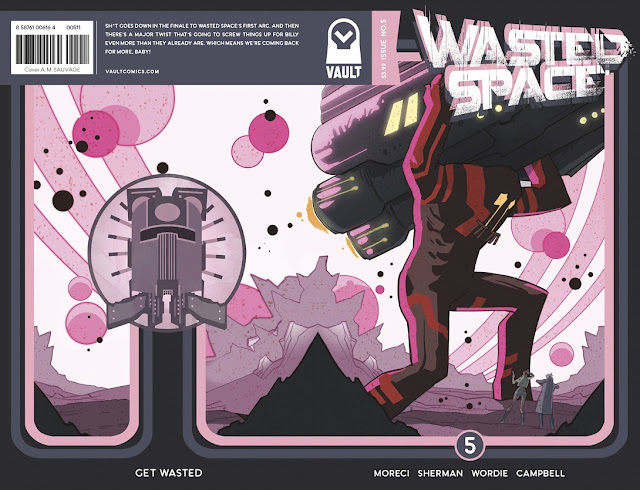 In case you haven't guessed already, I love this series. When we last saw Billy, Dust and Molly they had wrenched themselves free from the tight grip of ASS and were on their way to kill the Galactic Leader. Now this villain may well sound like an evil carbohydrate, but Devolous Yam's power is explosive and far-reaching.

As always the script is full of wit and wisdom. Even after five issues writer Michael Moreci can still throw us a curve-ball by giving even the synthetic lifeforms in his cast complicated pasts and a back story. I have to say that Dust is an awesome character, and who knew that a killer sex robot could be so damn cool and have (endo) skeletons in his closet? 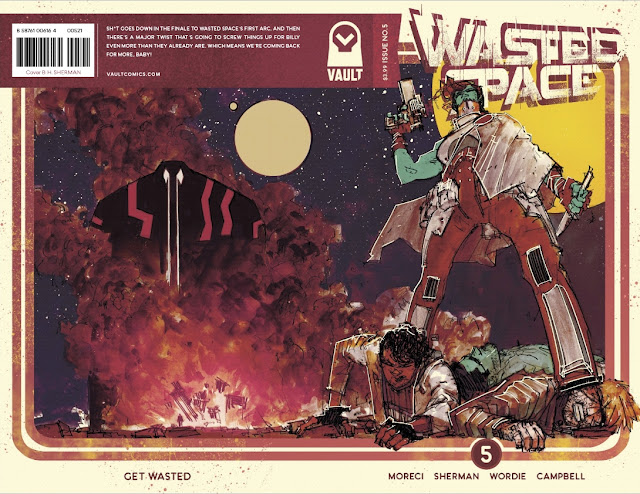 The only negatives I've ever heard about this book is that some readers weren't overly taken by the art. I'm not one of those readers. If I want clean lines and shiny gizmos I'll pull out my Jack Kirby collections. The fact that Hayden Sherman's art is so quirky is one of the title's main draws, as far as I'm concerned.

Look at the art attached  to this review and tell me it hasn't come from the heart and soul of a talented and incredibly original artist. Go on... I dare ya! 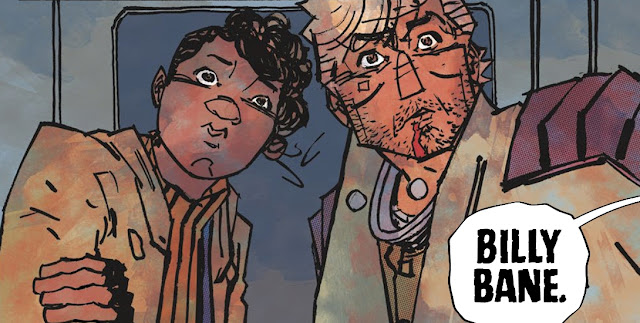 Color artist Jason Wordie's no slouch either. Each panel looks like a canvas, with textures and brush strokes unlike most comics color work out there. Before Star Wars every sci-fi movie looked cold, clinical and sterile; much like the futures they portrayed. The art of Sherman and Wordie in Wasted Space is earthy, organic, gritty and rich. This space feels lived in and believable because of it. 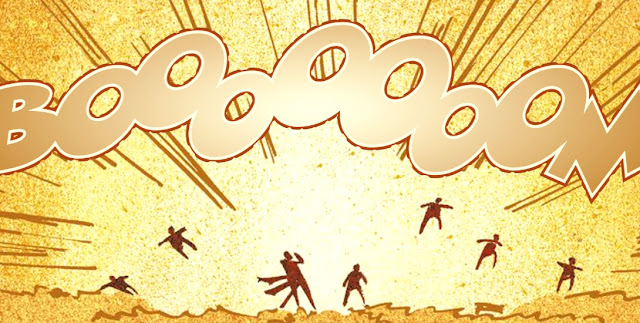 That right there... Jim Campbell did that. Comics letterers don't get enough love, respect or recognition. Mr. Campbell, you ROCK. Michael Moreci writes a lot of dialogue and Jim Campbell makes it legible and accessible. Then he throws in sound effects that (quite literally) explode off the page. Kudos, Mr. C.

If you've never read this comic it may prove a tad hard to find the first four issues, especially outside the U.S.... but fear not! Vault Comics have already gathered issues one to five in a gorgeous collected edition which will be hitting shelves very soon.

Check out the cover, and a mini pin-up of Dust, below. 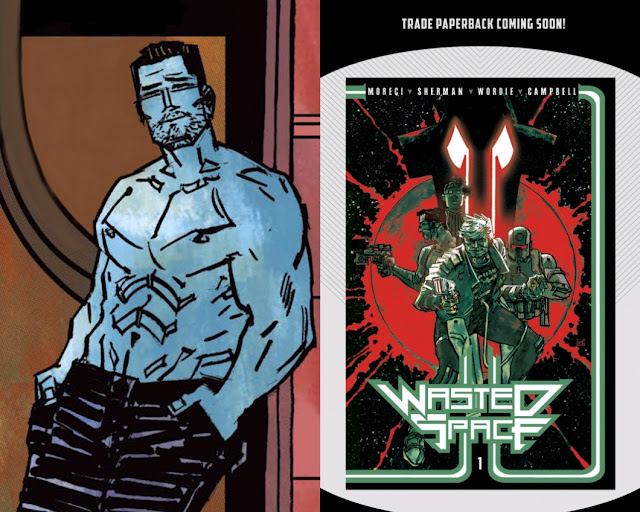 Volume one of the most entertaining space sagas I've read in years may well be over, but this adventure is just beginning. I cannot wait to read more of Billy Bane's action packed, philosophical, hilarious, romantic and violent adventures. Roll on vol. two!

Intergalactic deities beware... chances are you're about to Get Wasted.