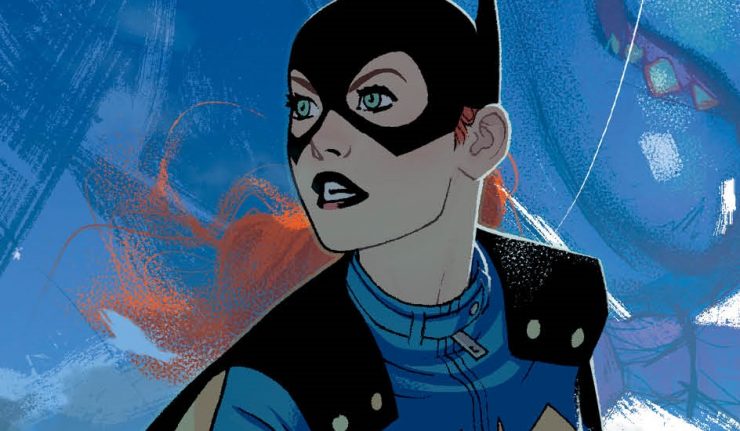 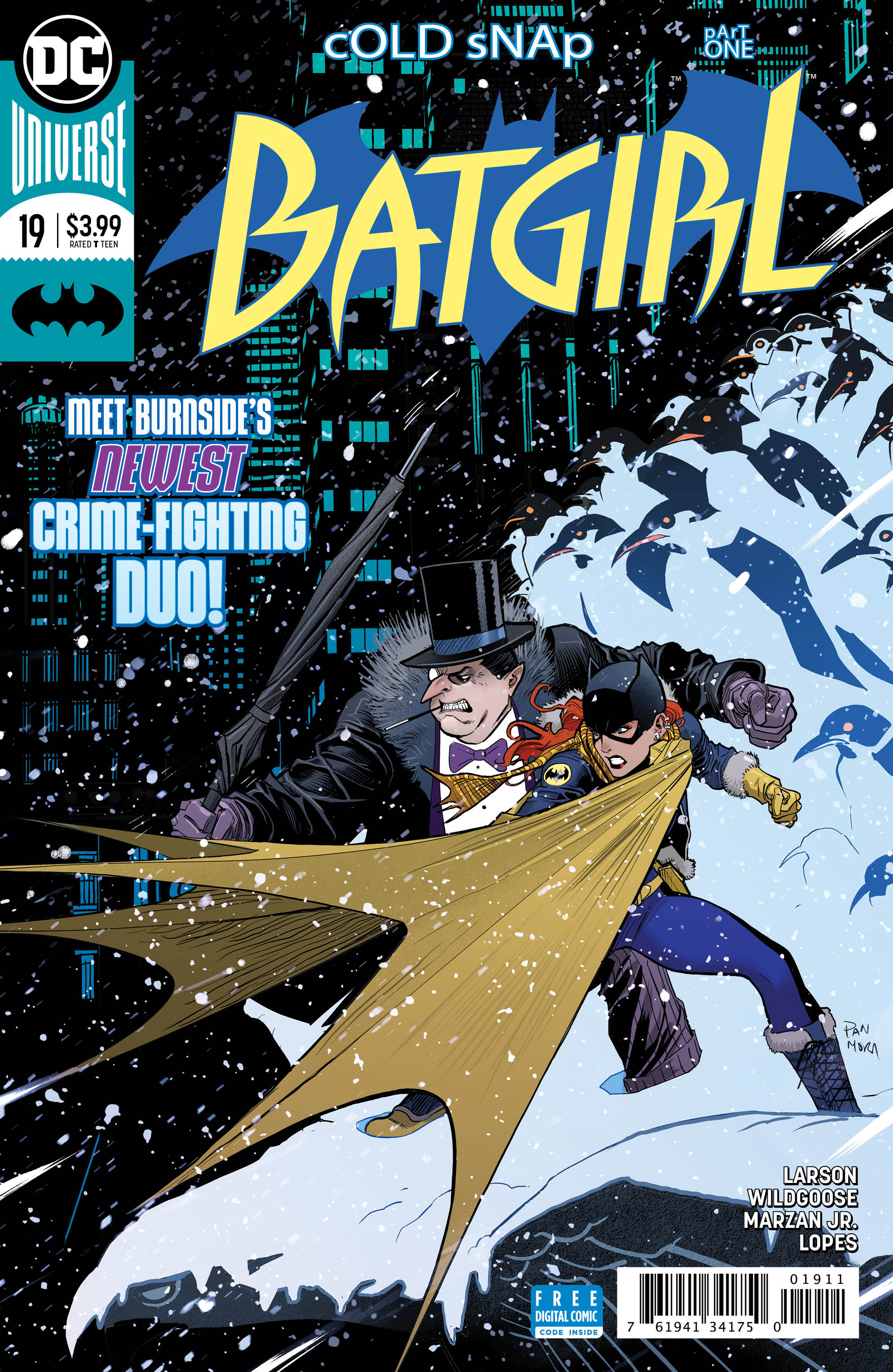 Writer: Hope Larson
Artist: Christian Wildgoose
Review by Philip Clark
Snow. A Bat’s worst enemy. A freak snowstorm hits Burnside and there’s not much Batgirl can do, except wrap up warmly. But fear not for the citizens of Burnside as there is a feathered rescuer! No, it’s not Batgirl’s Birds of Prey partner, Black Canary.
It is Gotham’s own, The Penguin!
Claiming to come in peace and aid the town get back on their feet. Barbara doesn’t believe him, not one bit. Setting out on her own investigation, Batgirl heads off to AWA (American Weather Administration). Finding a program that is interfering with AWA’s data, Batgirl follows the breadcrumbs until she comes across something that points the accusing finger towards S.P.U.R., an anti-science group that she has had a run-in with previously. Upon further investigation, it was found that S.P.U.R. were not the perpetrators. Leaving the issue on an ending that has you itching for the next. 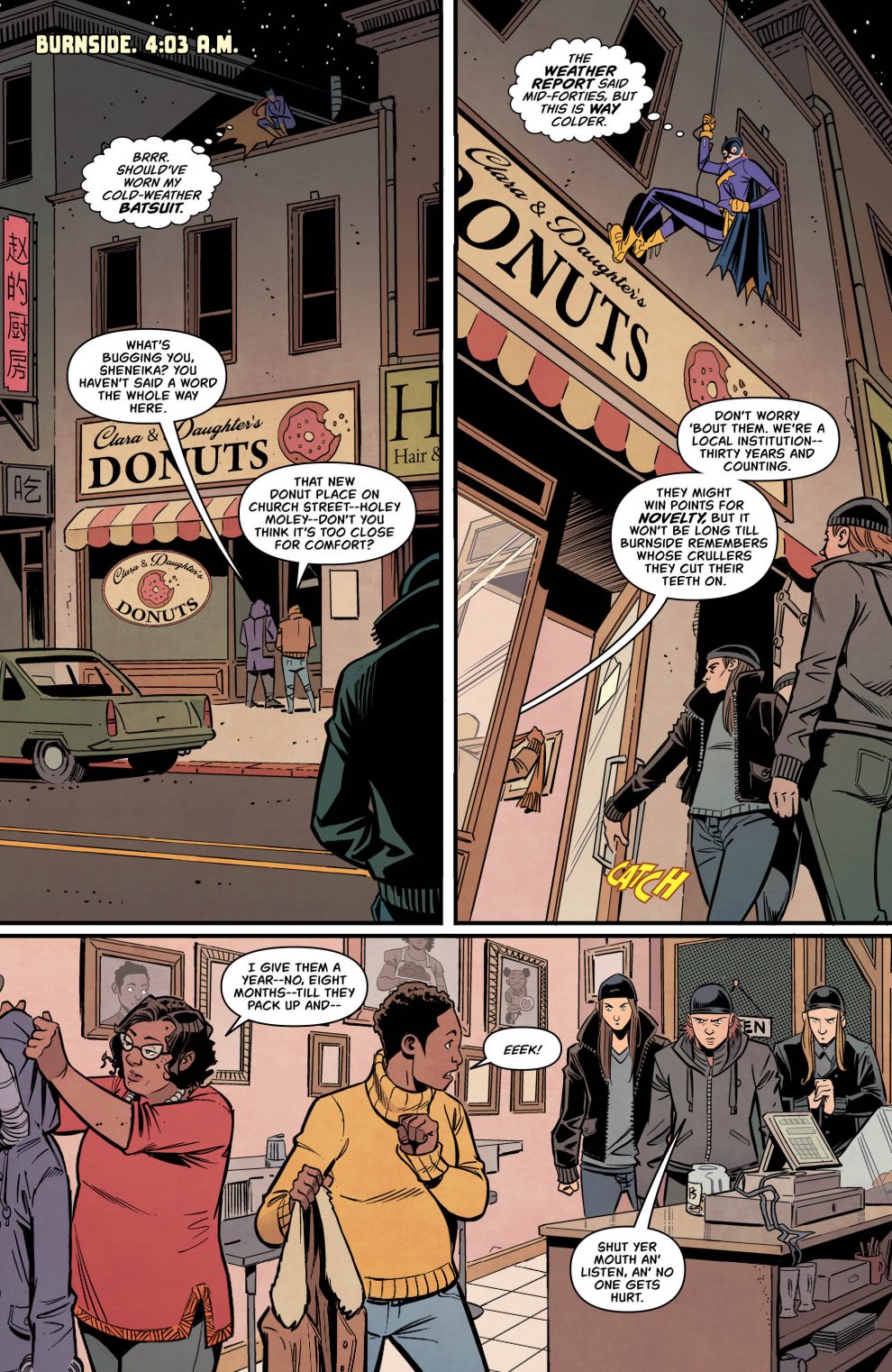 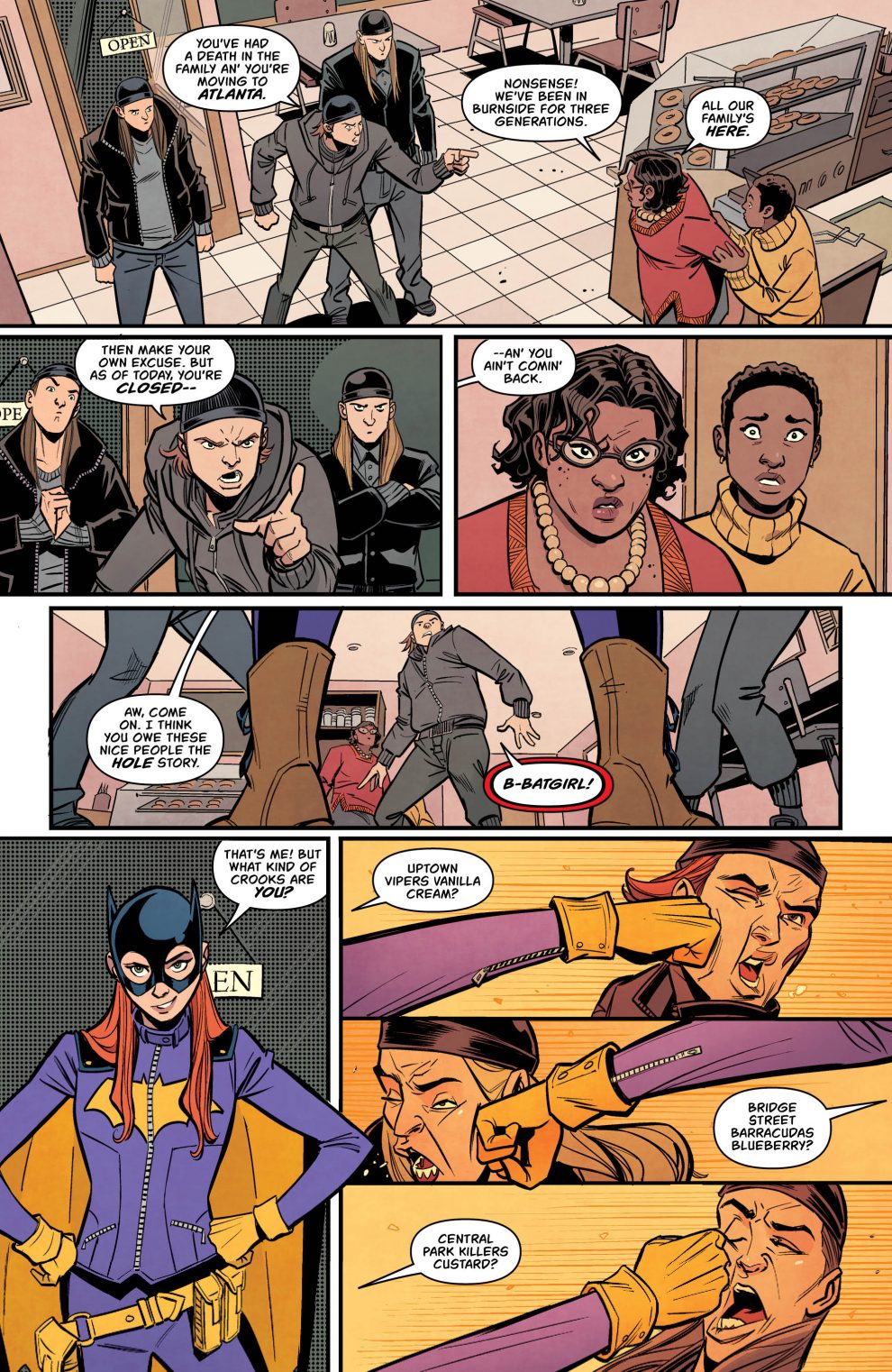 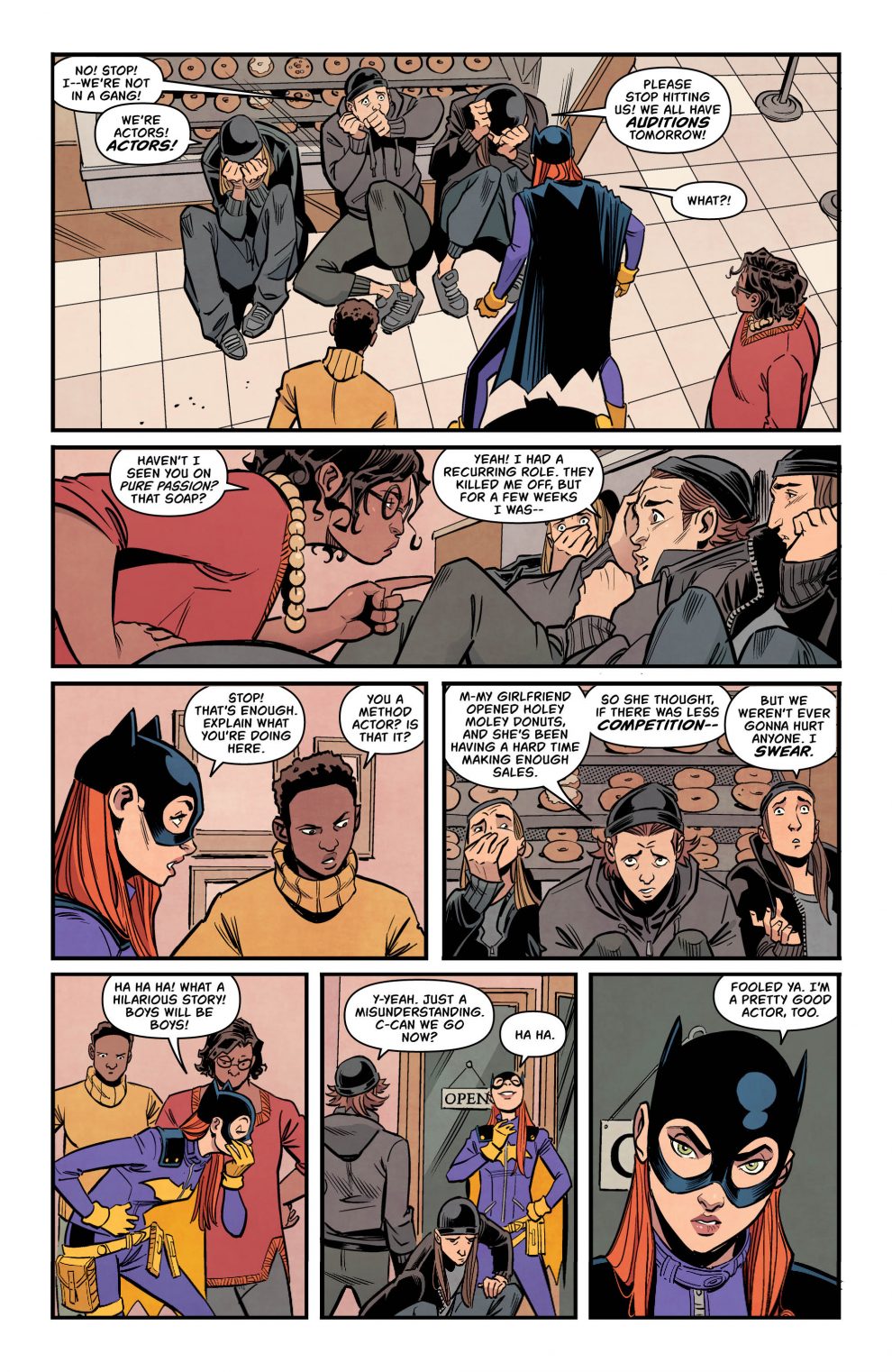 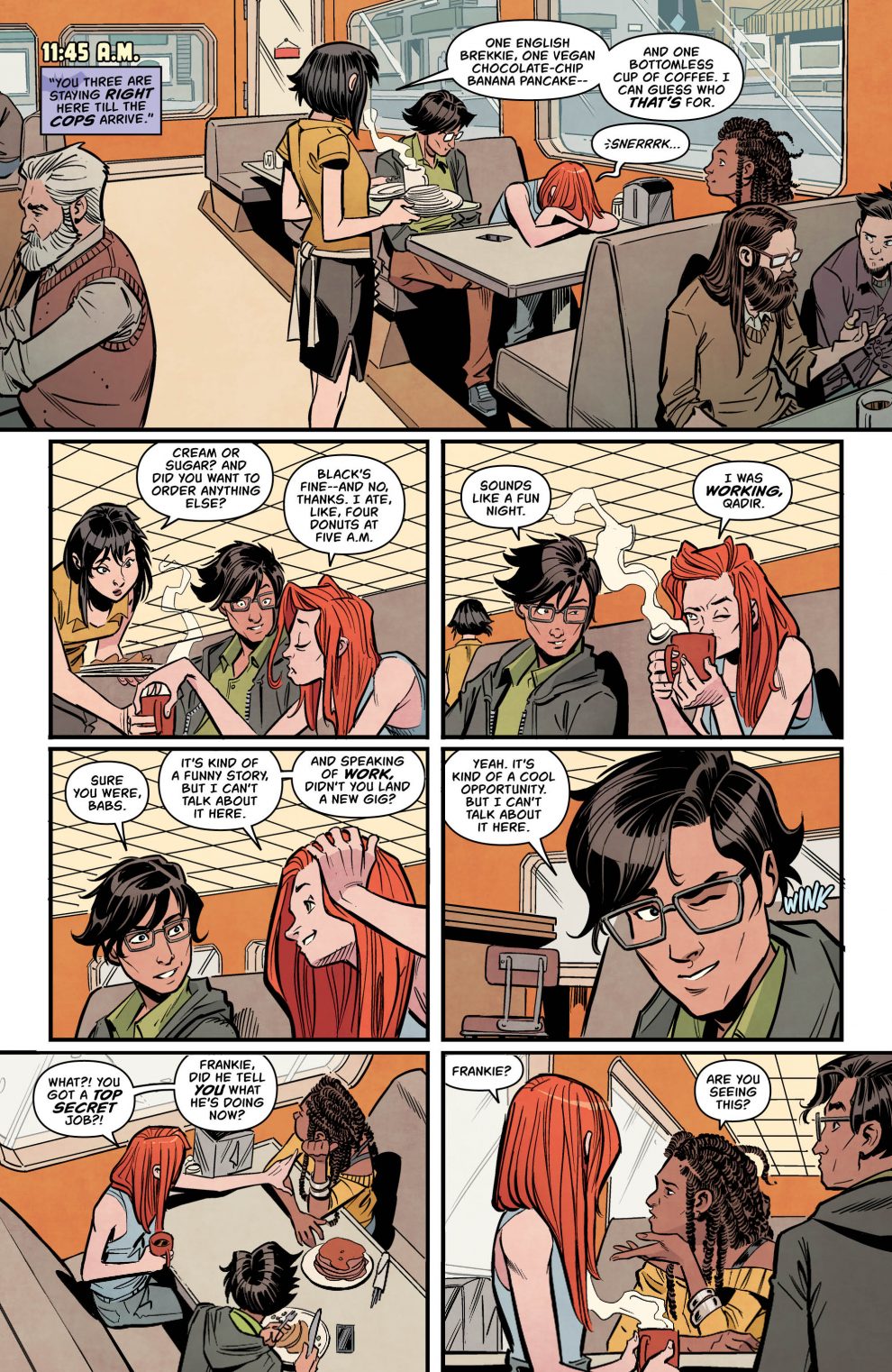 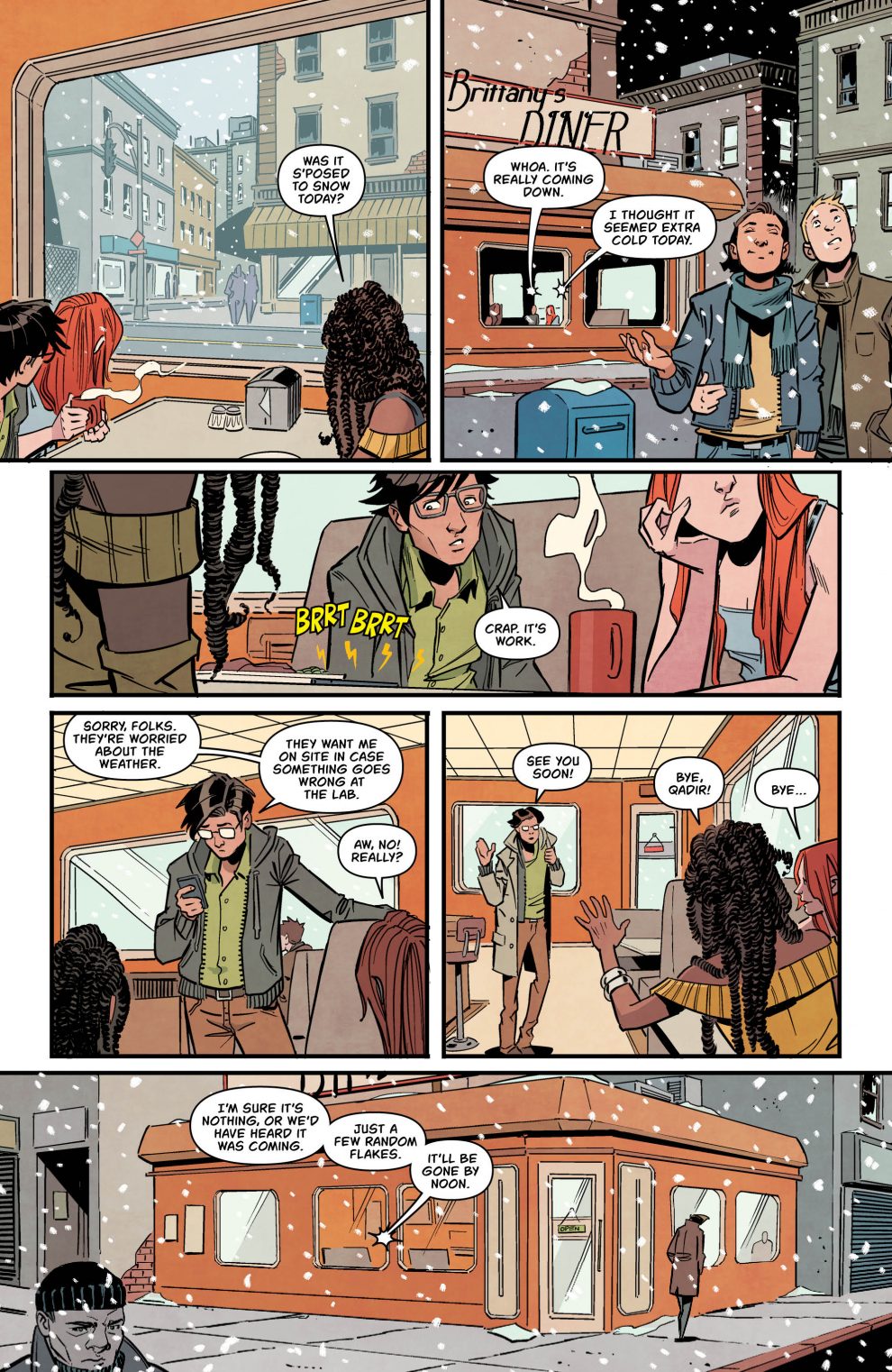 This issue has some of the best artwork I have ever had the pleasure of feasting my eyes upon. I mean, look at it. It’s absolutely gorgeous. Christian Wildgoose, the artist, has done an incredible job of capturing the essence of Batgirl and transitioned it onto the page. Batgirl’s costume design took me a little while to get used to, but I simply love it now. Especially when she accessorises it with a winter jacket, also donning the bat symbol, and scarf.
I do feel however, that the sublime artwork tends to overshadow the story and writing in certain areas of the comic. There were parts where I found myself so drawn into the art, excuse the pun, that I had lost track of the text; or simply wasn’t bothered by it. After re-reading the story a couple of times, I can safely say that Hope Larson, the writer, does a fantastic job of taking the reader on a journey of detecting and discovery; leaving just enough mystery and intrigue to bring the reader back for more.

Overall, this issue starts off as a lighthearted look into Barbara’s life as Batgirl, before taking a slightly more serious turn midway through as she goes full Batgirl. It has reinvigorated my love for the character, and I look forward to finding out what’s happening to Burnside and who, or what, is behind this freak snowstorm. I’ve certainly missed Barbara and her mentality on the world.