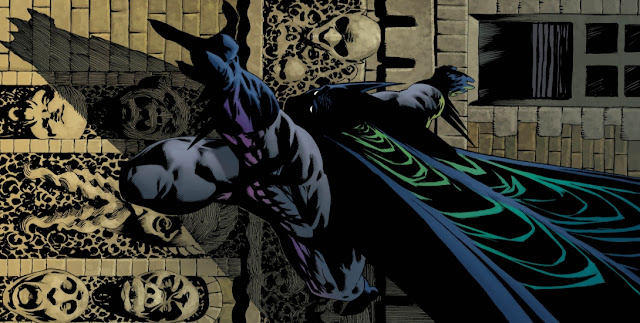 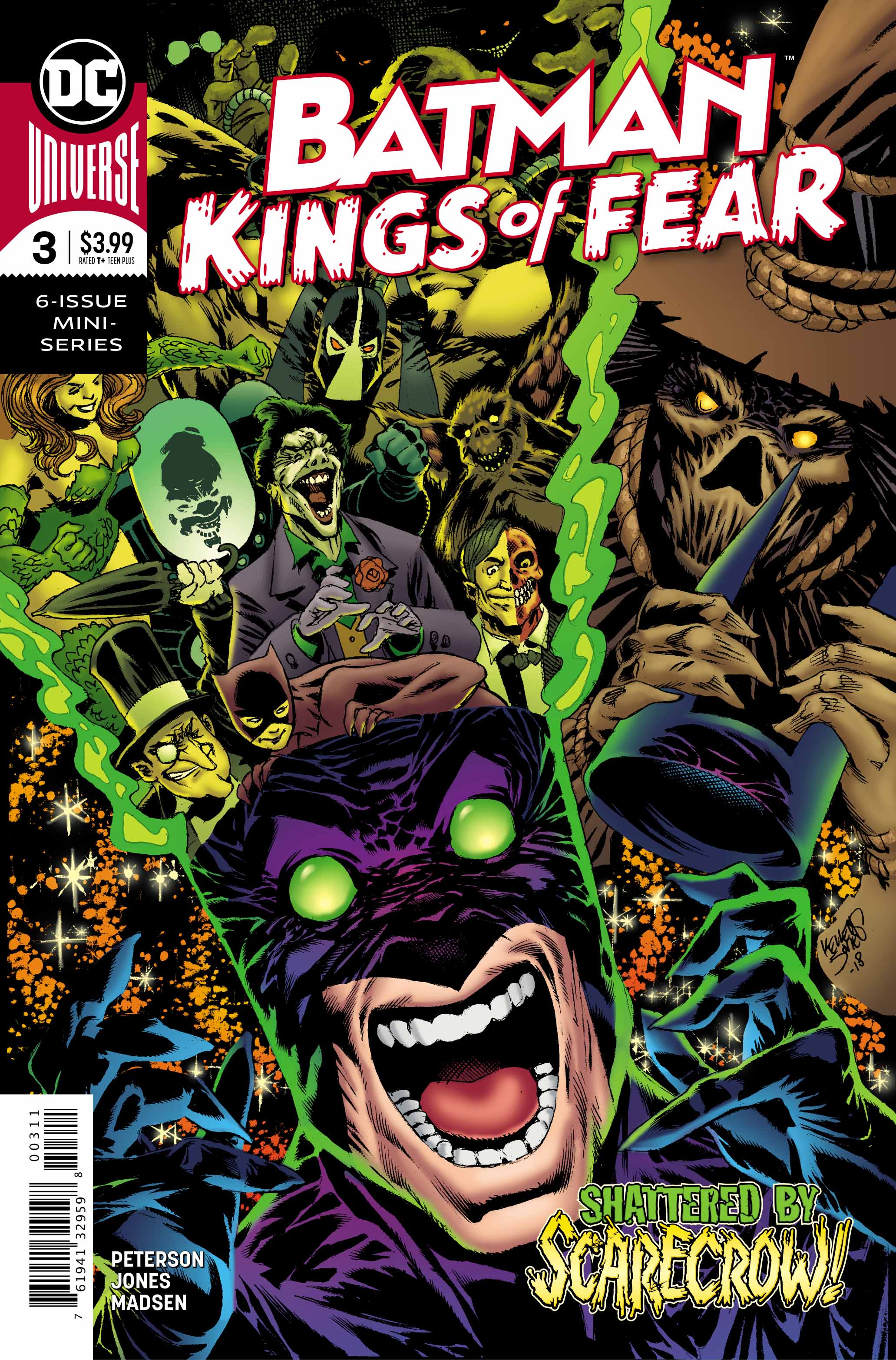 Writer: Scott Peterson
Artists: Kelley Jones & Michelle Madsen
Much has been said about the state of Batman’s mental health over the years; but in this issue he finally gets a psych evaluation… from Jonathan Crane!
That was one of the longest four weeks EVER! We left Batman: Kings Of Fear #2 with the Dark Knight plummeting from a rooftop. Our hero, still suffering from the effects of fear gas, had just come face to face with the Scarecrow. You can see from the pages attached how he escapes his fate, but you still need to pick it up, because this issue’s fantastic!
O.K. I get it now. Scott Peterson… I salute you.
In my previous reviews for this series I mentioned that I wasn’t sure where this story was going. Yes, as a means of showcasing the incredible art of the incomparable Kelley Jones it was succeeding admirably, but what was it actually about? Batman and Scarecrow have tussled countless times over the years and, until this issue, little of it has been outstanding. Previous writers have tried to have the two main protagonists battle it out as masters of fear, with Batman – obviously – always coming out on top. When this series was announced and the title revealed, I was honestly expecting more of the same.
Yes, I was wrong. I’m happy about that.
We sometimes forget that Jonathan Crane was once a psychiatrist and psychologist, so this issue was a revelation. The story was funny, shocking, surprising and pretty darned great. The dialogue between Batman and Scarecrow was terrific throughout. Honestly, I can’t believe nobody thought of this sooner! Kudos to Mr. Peterson, once again. 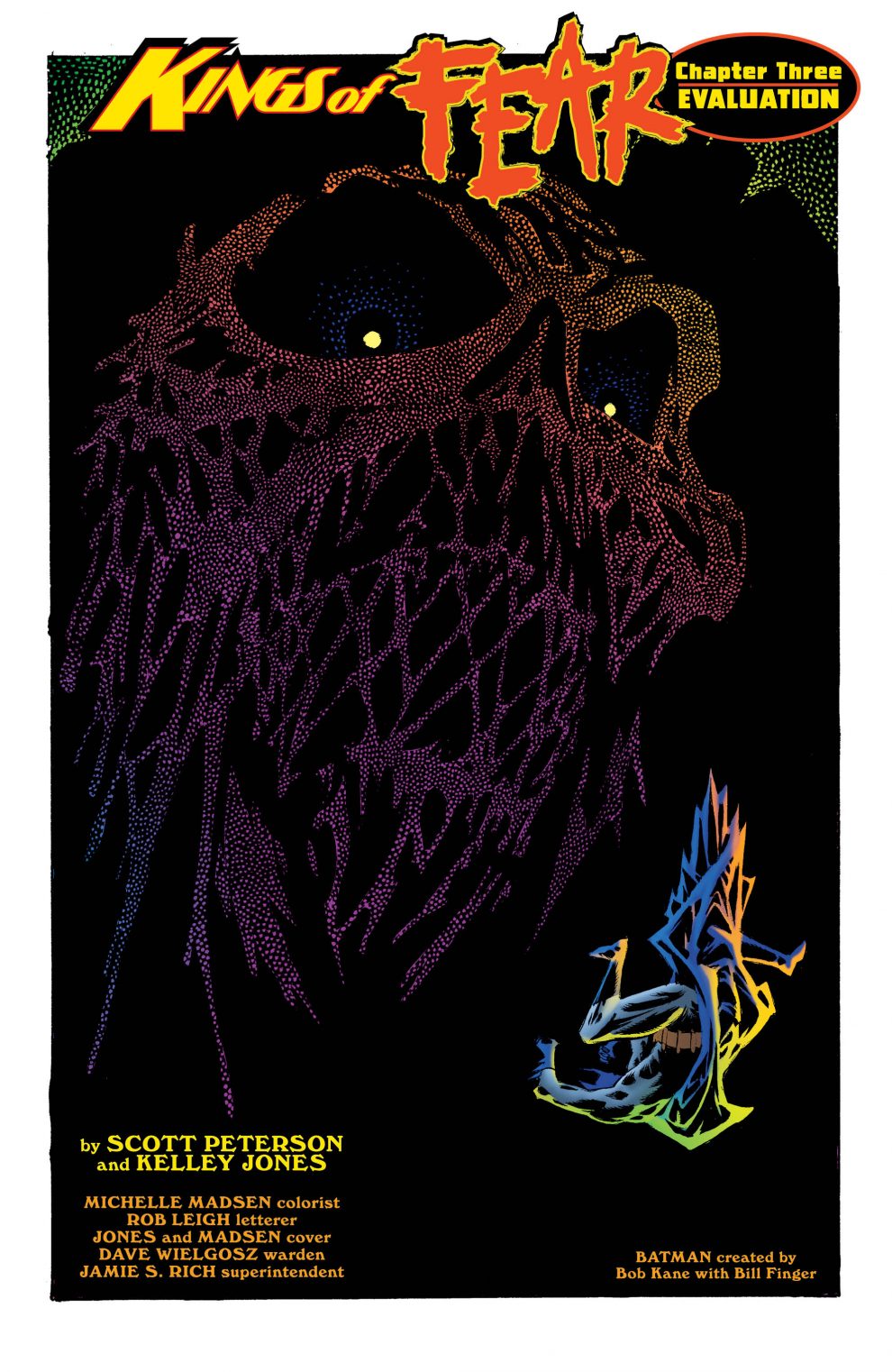 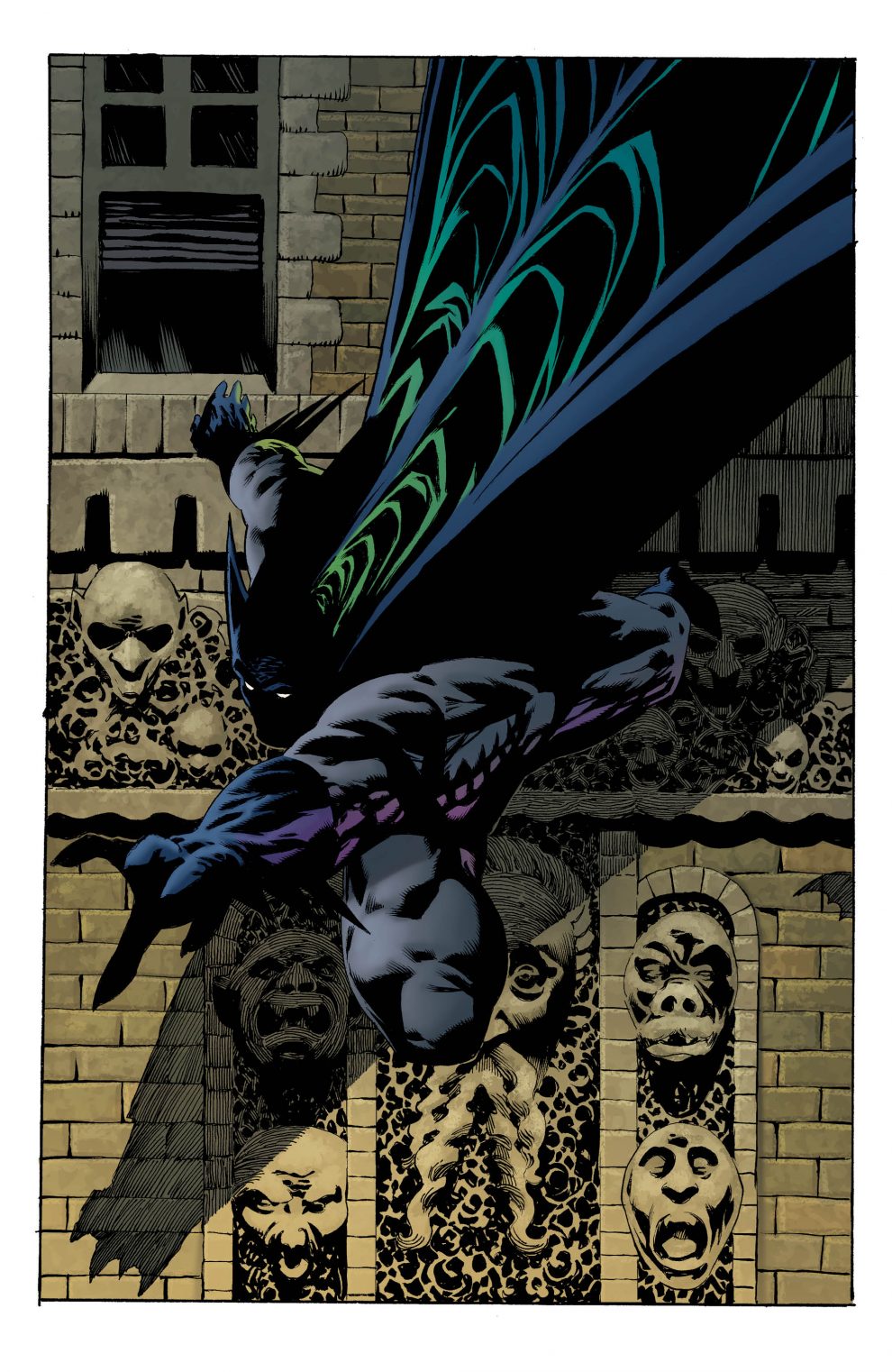 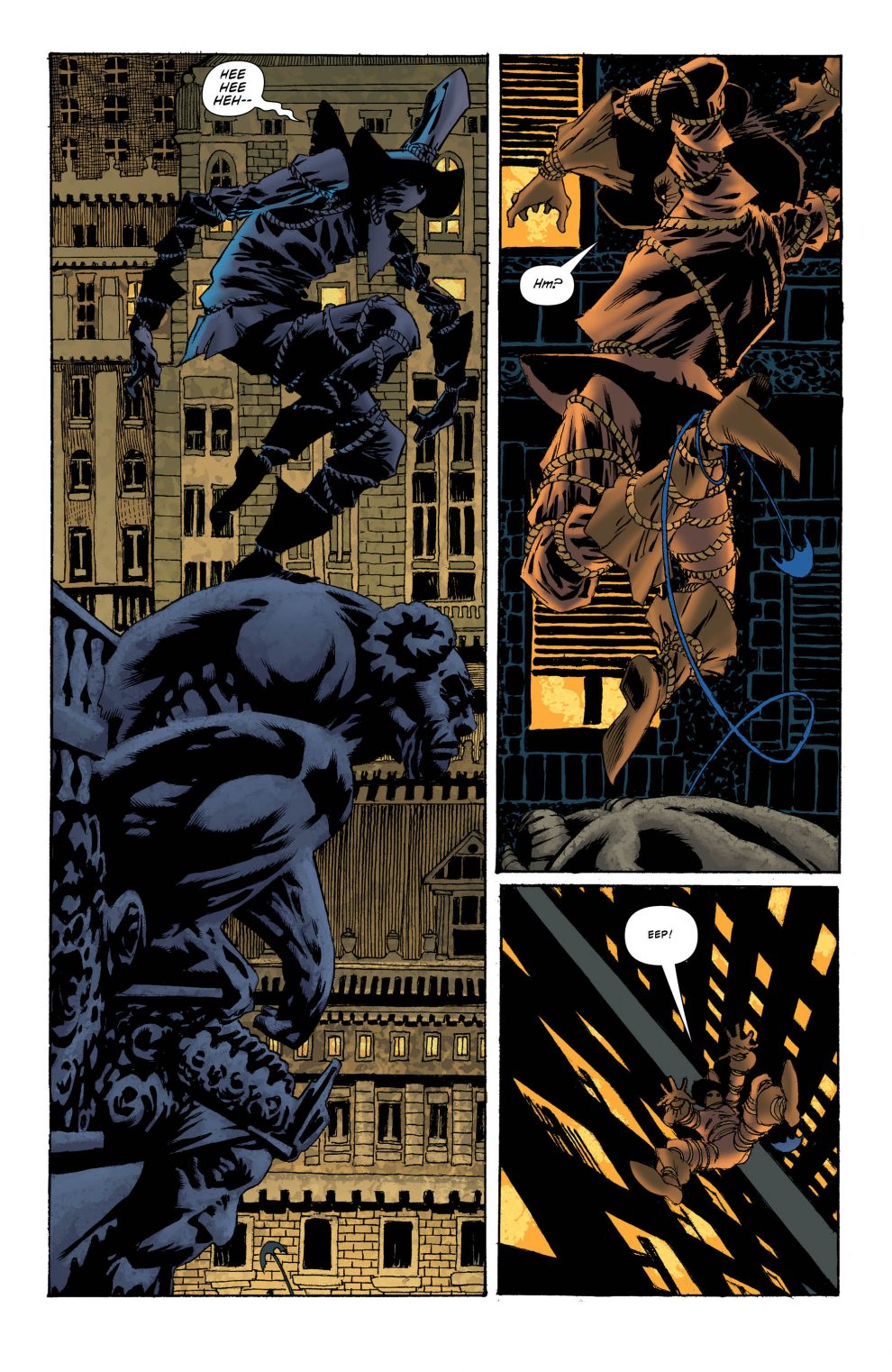 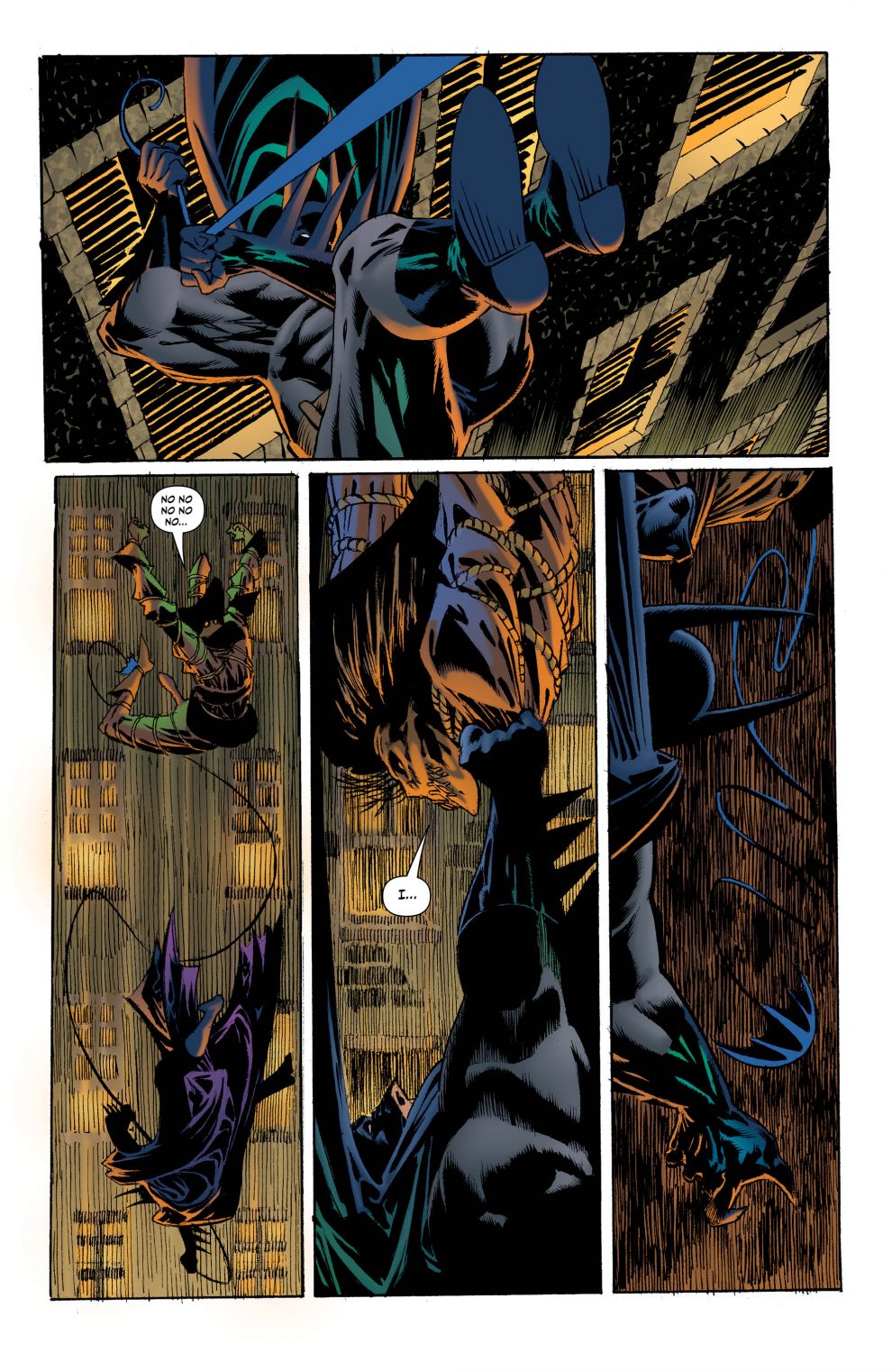 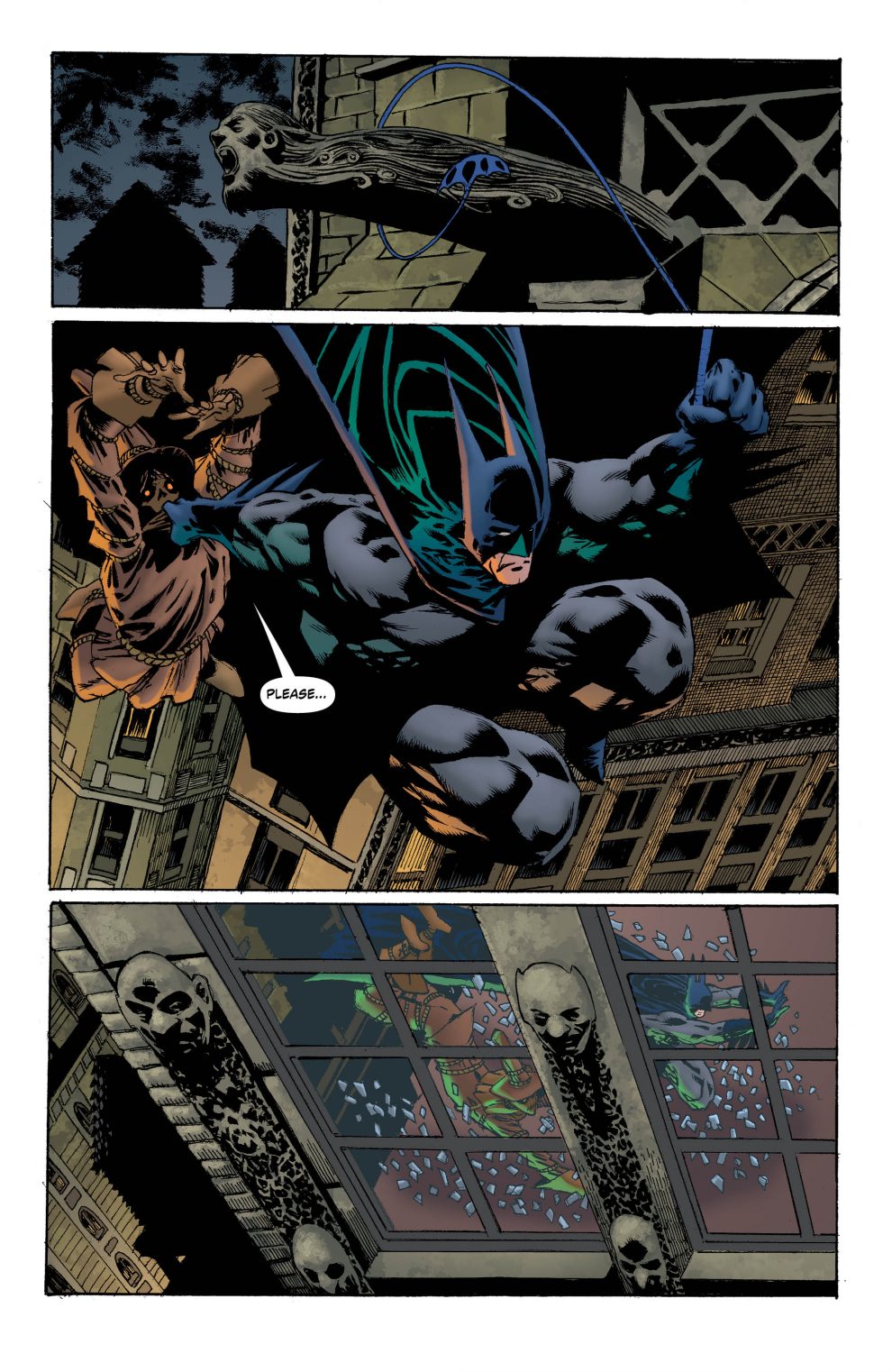 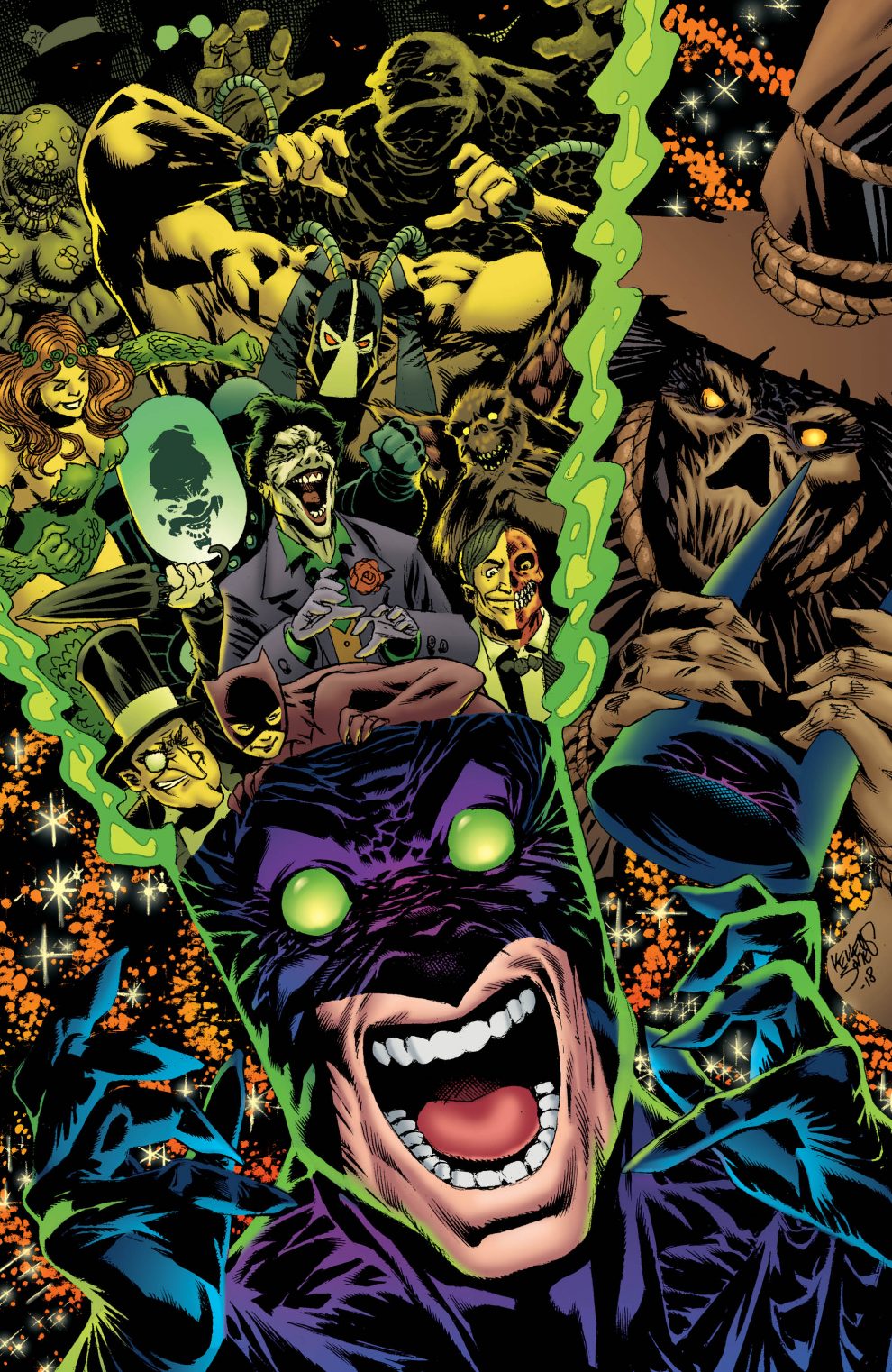 Honey, I Shrunk The Batman

In this issue we get the marriage of words and pictures that I crave from comics, but don’t always get. Kelley Jones knocks it out of the park in this book, and issue #3 could be his best yet. We know he does shadows and light like no-one else, and his gargoyle-esque Batman is unparalleled, but it’s what he acheives in the minor character moments in this issue is what really blew me away. Batman’s facial expressions and the way the Dark Knight travels the streets of Gotham is spectacular. This isn’t just great comics art, this is great art… period.
I’d love to see Scott Peterson’s scripts for the silent pages in this series. Did he originally write them with dialogue, then abandon it when Jones told the whole story without needing any? This series shines because both artist and writer clearly know each other very well, and are playing brilliantly to each other’s strengths. I find this to be one of the most human and sympathetic depictions of Batman ever, which in itself is a great achievement. This may be a book about terror and fear, with crazy visuals and surreal situations, yet it gives us a scene between Batman and a little girl which is as real as it gets. The dialogue and visuals throughout this poignant encounter are simply perfect.
Michelle Madsen is also producing some great art. Her color work isn’t flashy, she doesn’t use blurring, flashes and over-exuberant special effects. Don’t get me wrong, those are great – and necessary – on some books. This, though is more of a dark fairy-tale, so Madsen’s colours are more classic comic-book. She enhances Jones’ drawings, without stealing their thunder. It’s a tough line to walk, but she’s handling the balancing act really well.
Letterer Rob Leigh is also shining. Granted he doesn’t have reams of dialogue to place on the page, but his titles, and ever so subtle shifts in font size and clever positioning of sound effects is lovely.

Great stuff. This issue is bordering on perfection. It narrowly misses the full ten out of ten for me, but only because we’re only halfway through the story, and I think that the best is still to come. I cannot recommend this series highly enough, now that it has finally hit its stride.