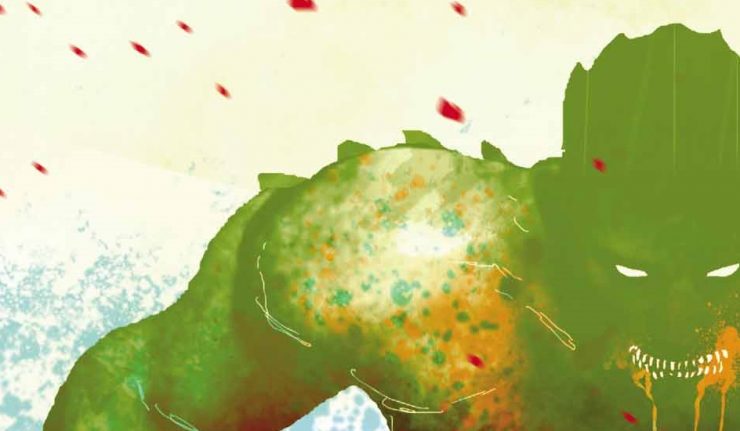 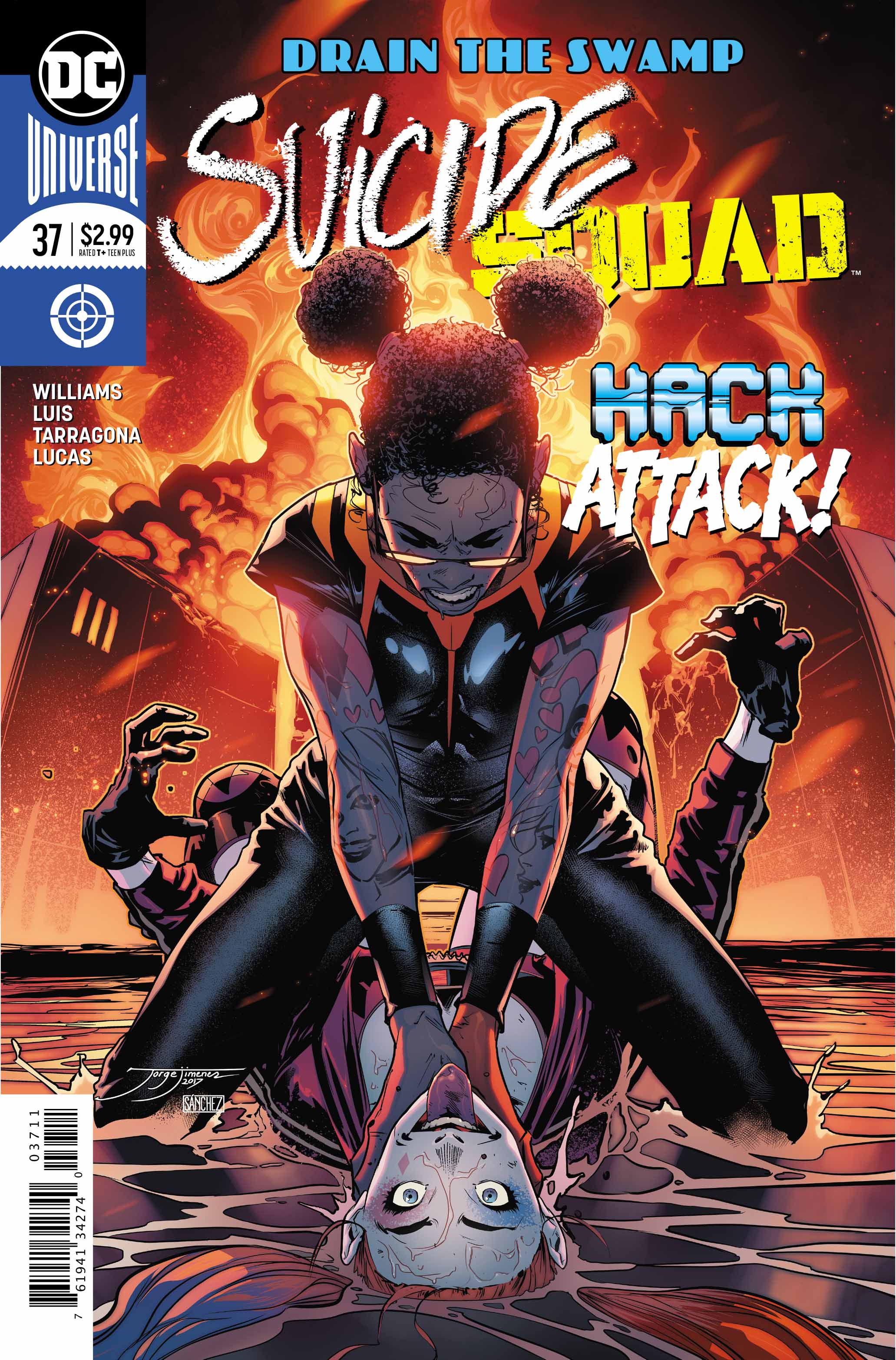 Writer: Rob Williams
Artists: Jose Luis and Jordi Tarragona
Review by Philip Clark
We jump into this instalment of “Drain The Swamp” right off the back of the explosive ending of the last. In an attempt to rid herself of Hack, Amanda Waller blows up Belle Reve’s server room… with the Squad still inside!
The issue opens with a quick flashback to Hack’s childhood, adding more heart to the character. Where the last episode was an action packed thrill ride, Williams turns the dial down this time, and we’re treated to a more personal and emotional issue.
Hack transports the squad into her own, personal cloud, saving them from the explosion. It’s here that all is revealed, and Hack’s killer admits to their crimes in order to save the team. While all this is going on, Waller is commanding troops outside, as she waits for The Wall to show up. Whatever action the issue lacks at the start, it more than makes up for at the end. The Wall comes in, and neutralises Hack before leaving the squad in yet another precarious situation. 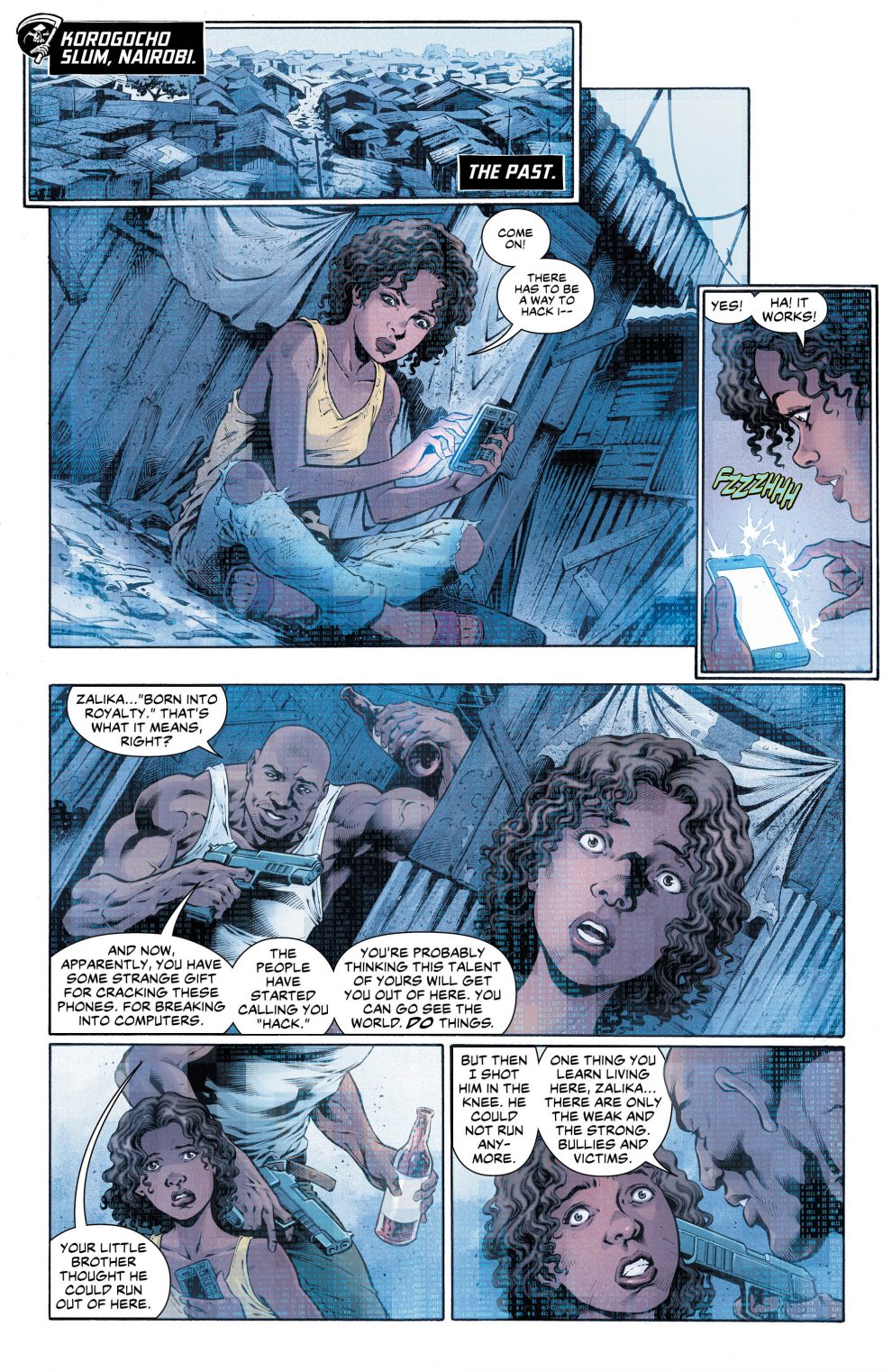 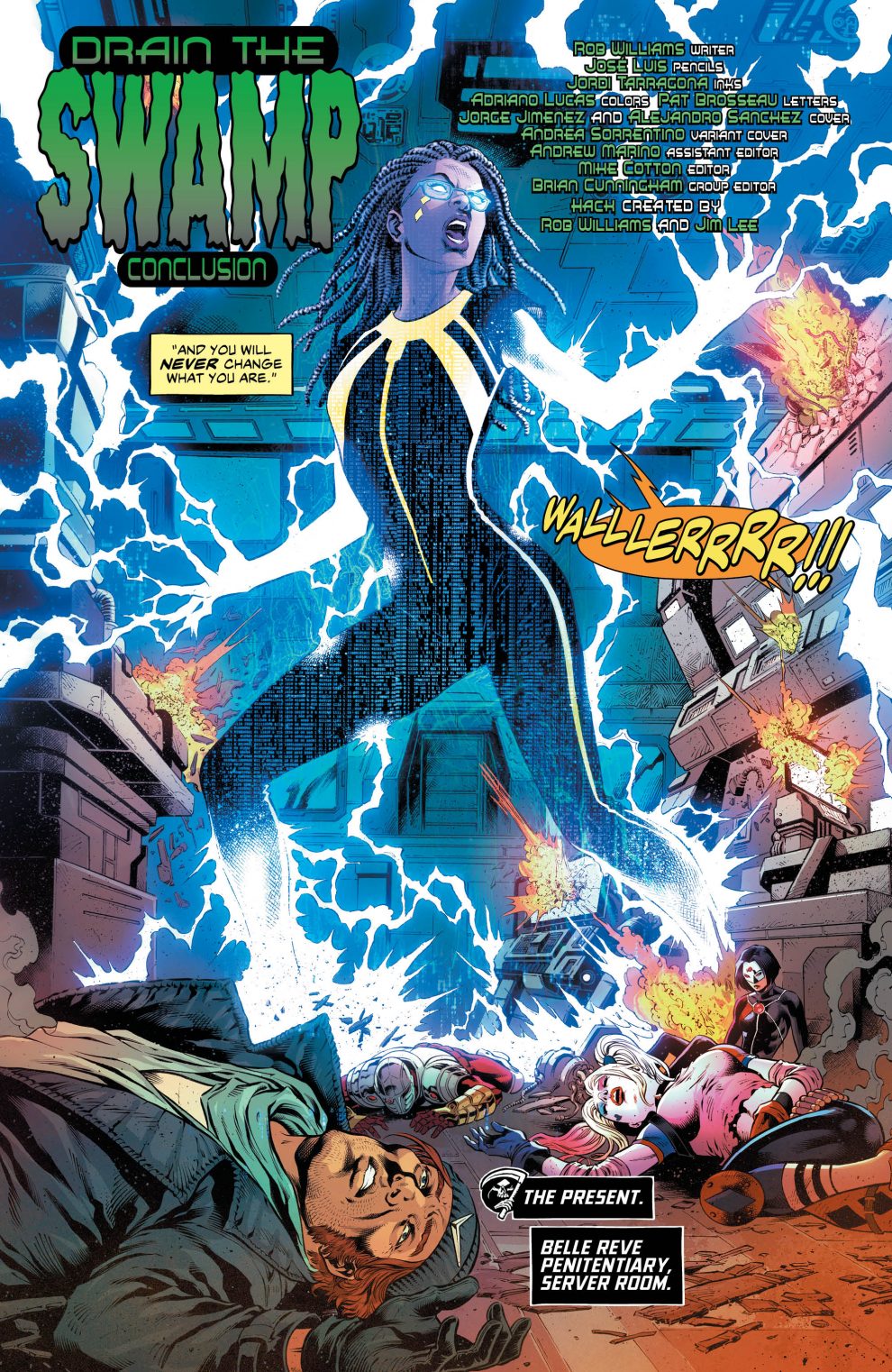 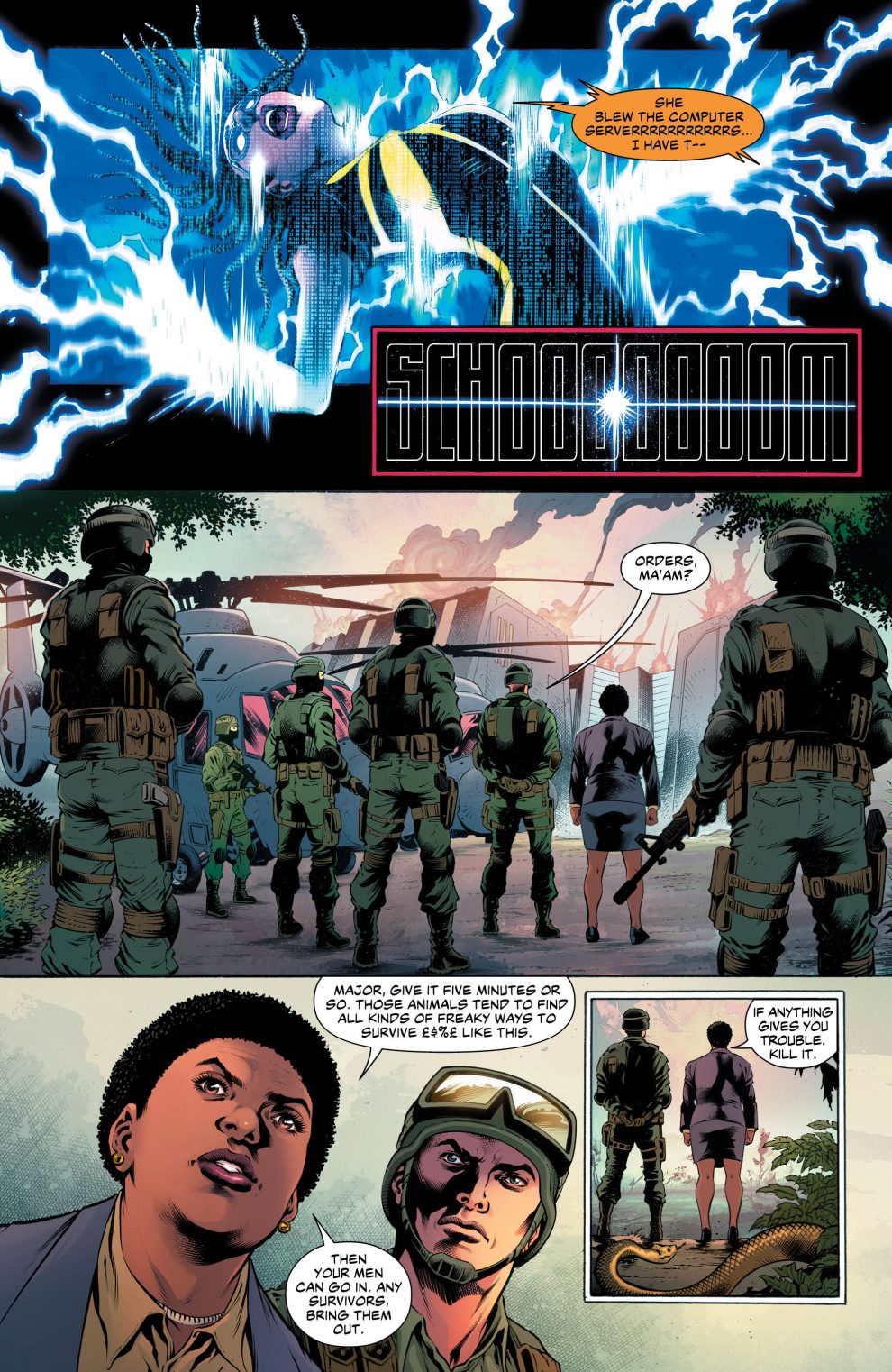 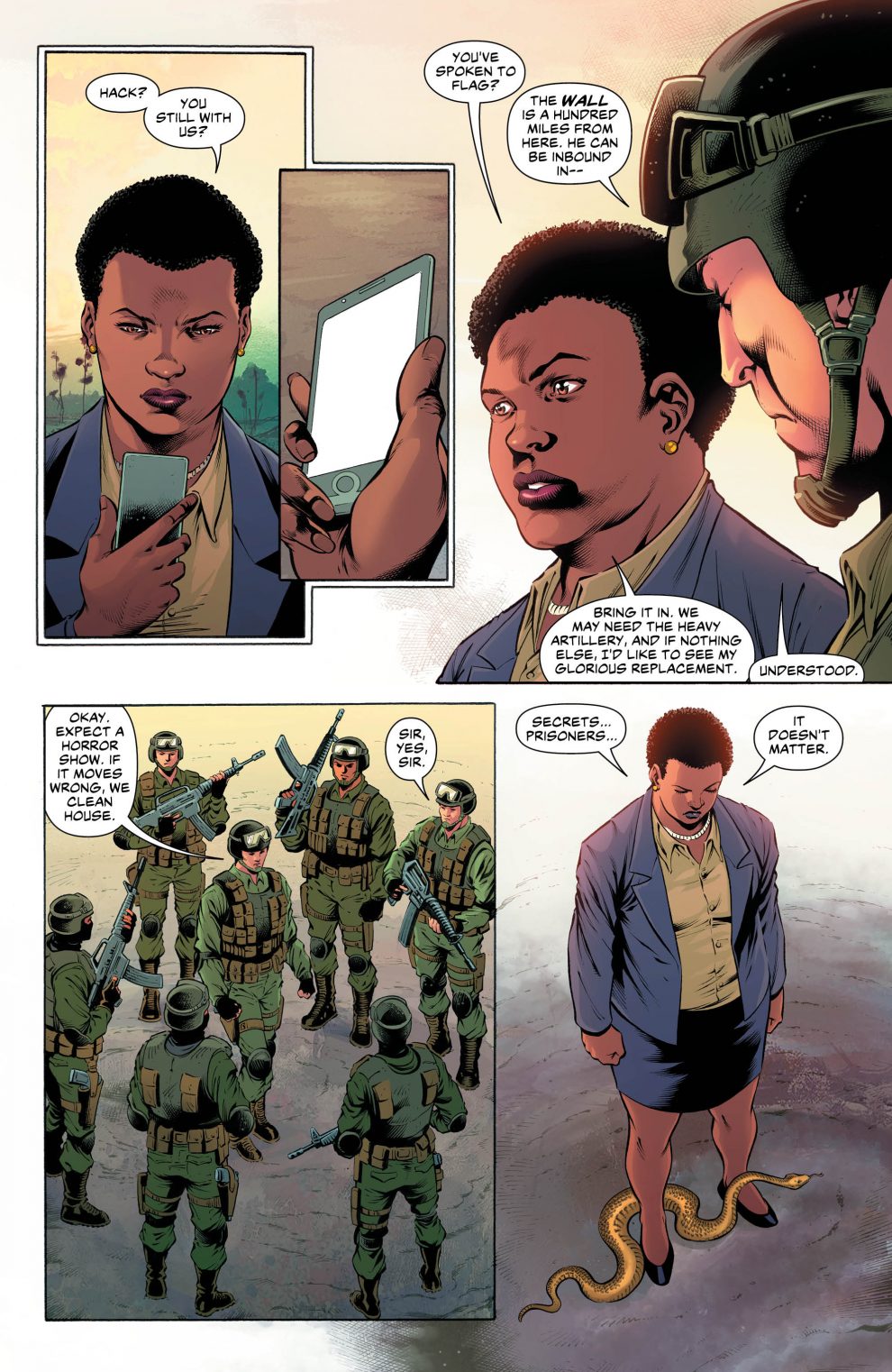 Rob Williams does an excellent job at tying up the mini series in this issue, bringing to conclusion Hack’s story line. At the same time he starts anew arc for The Wall. The switch from action to emotion in this issue is what sells it for me. We see that, as much as they deny it, the squad actually care for each other. The art team changes yet again, and with it comes another stunningly drawn comic. I do however, wish that DC would stick to one art team and let them run with the issue. Overall, another solid comic from Williams and crew.