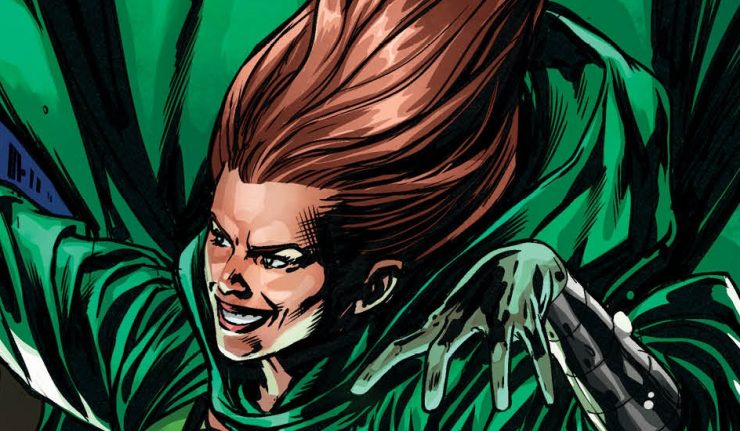 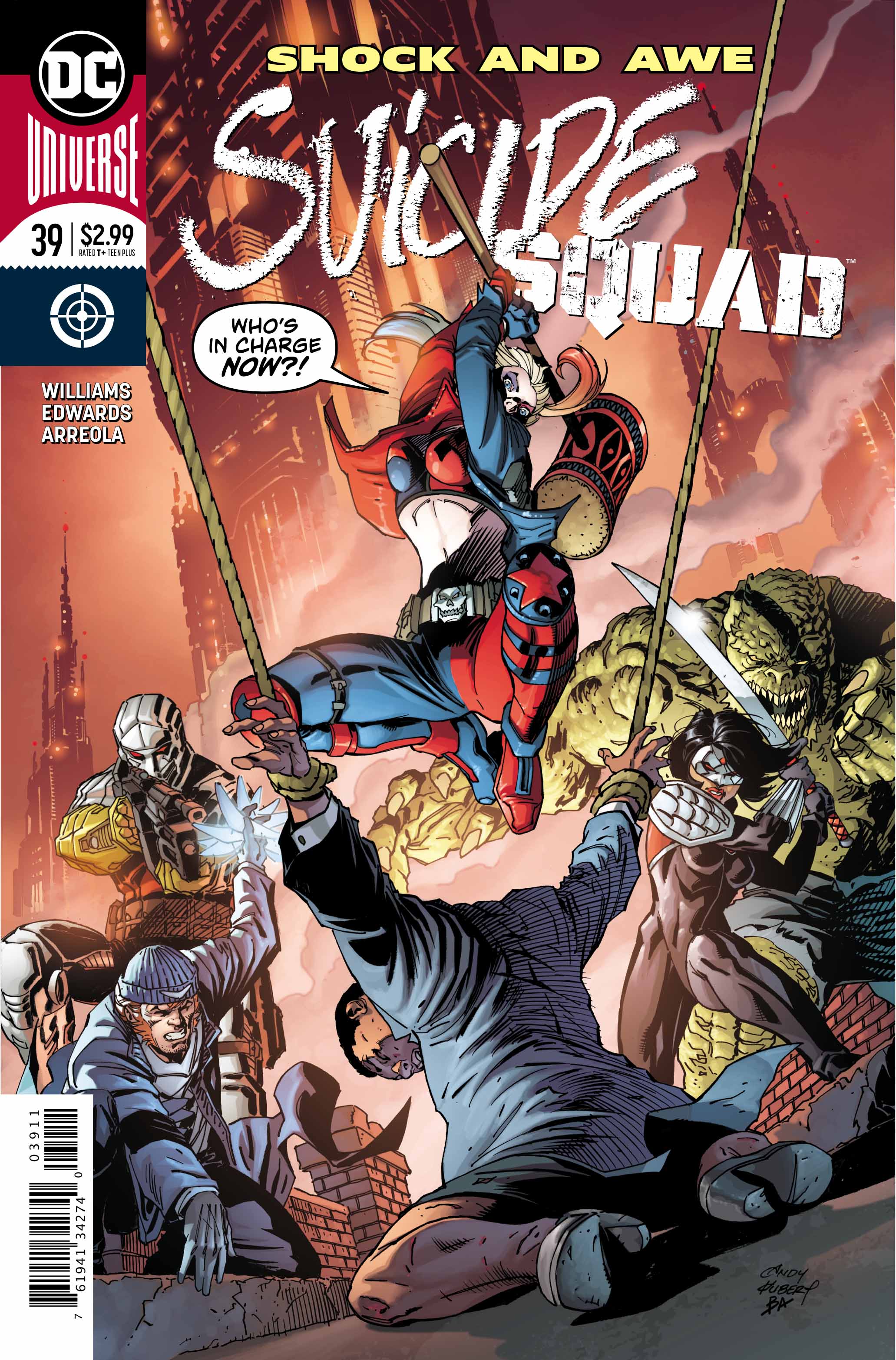 The Wall has taken over the minds of the population of Washington DC, including the President of the U.S. Only allowing specific members of Taskforce X into the city, no cops, no feds, no superheroes. After disbanding the group in Suicide Squad #38, Rick Flagg is forced to bring the old gang back together, including Amanda Waller. “Shock and Awe” is a very apt title.
Upon reaching Washington, the group is confronted by possessed citizens. An incident occurs that leaves Killer Croc burning, reliving the trauma of being badly burned in space, and he lashes out. Seeing her love in pain, Enchantress steps in and clears the playing field of civilians.
The Wall approaches the group, still downloading government secrets. Pulling out a small magical artefact, he attacks Enchantress, removing her from the equation. The squad reacts and attacks The Wall. During which the downloading finishes, and both Waller and Flagg realize that the words The Wall is speaking aren’t his own.
Getting the information he needed, The Wall flies off, headed for an unknown destination. Flagg tracks him, and reveals that he is bound for Michigan. The revelation of this information strikes Waller hard, as that’s where the hospital her daughter recently gave birth in is. The final page ends on quite the cliffhanger. 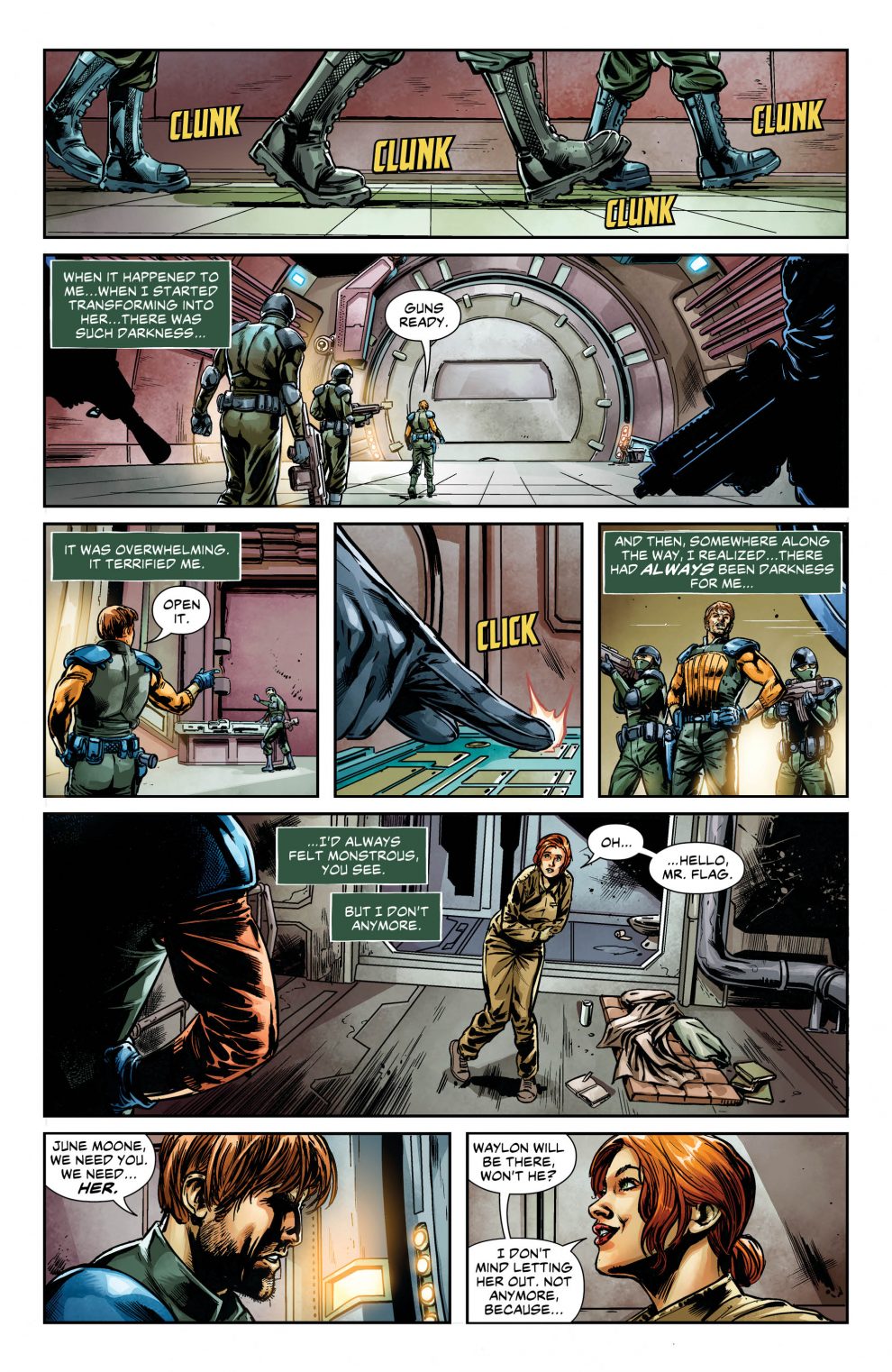 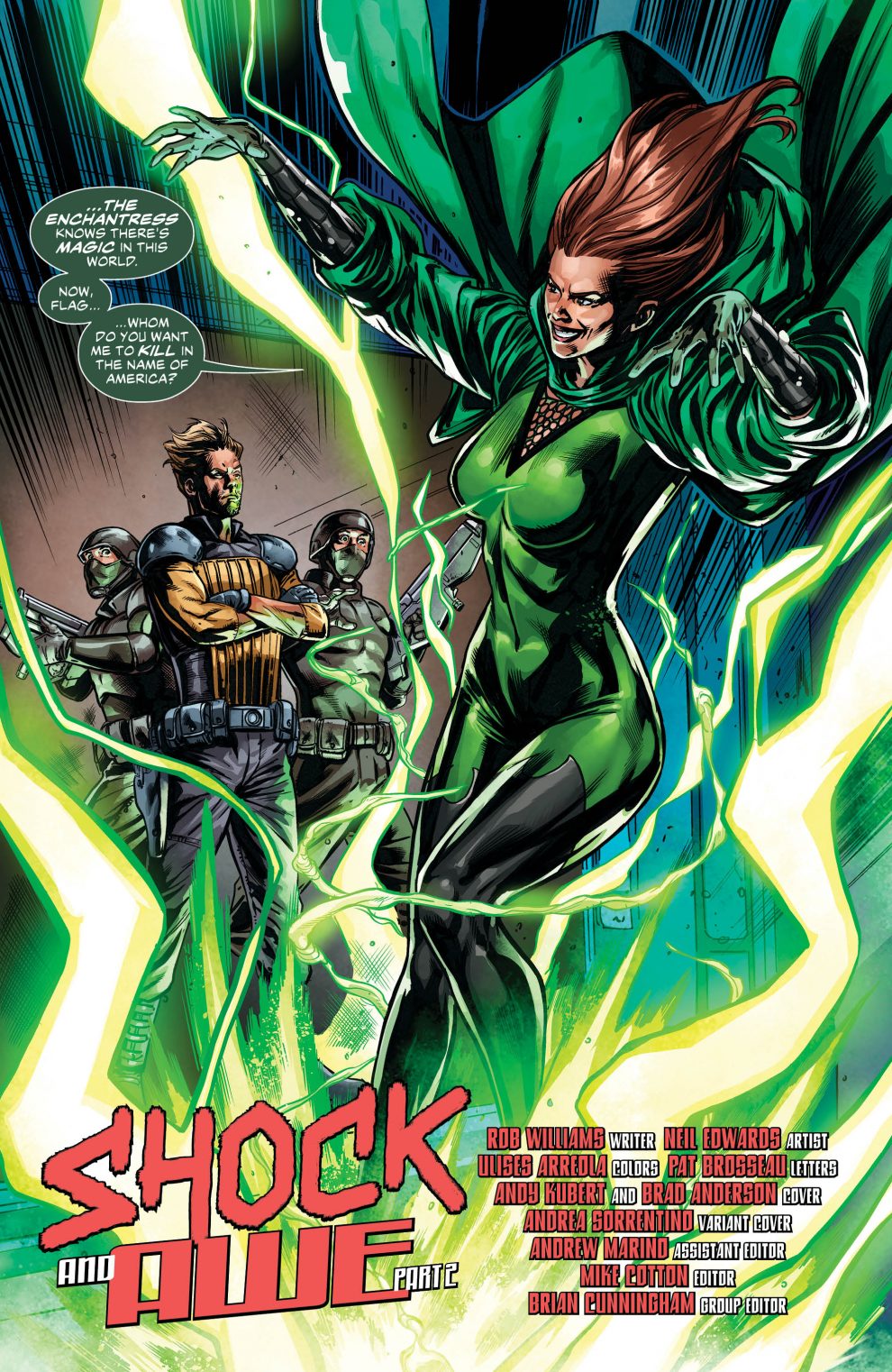 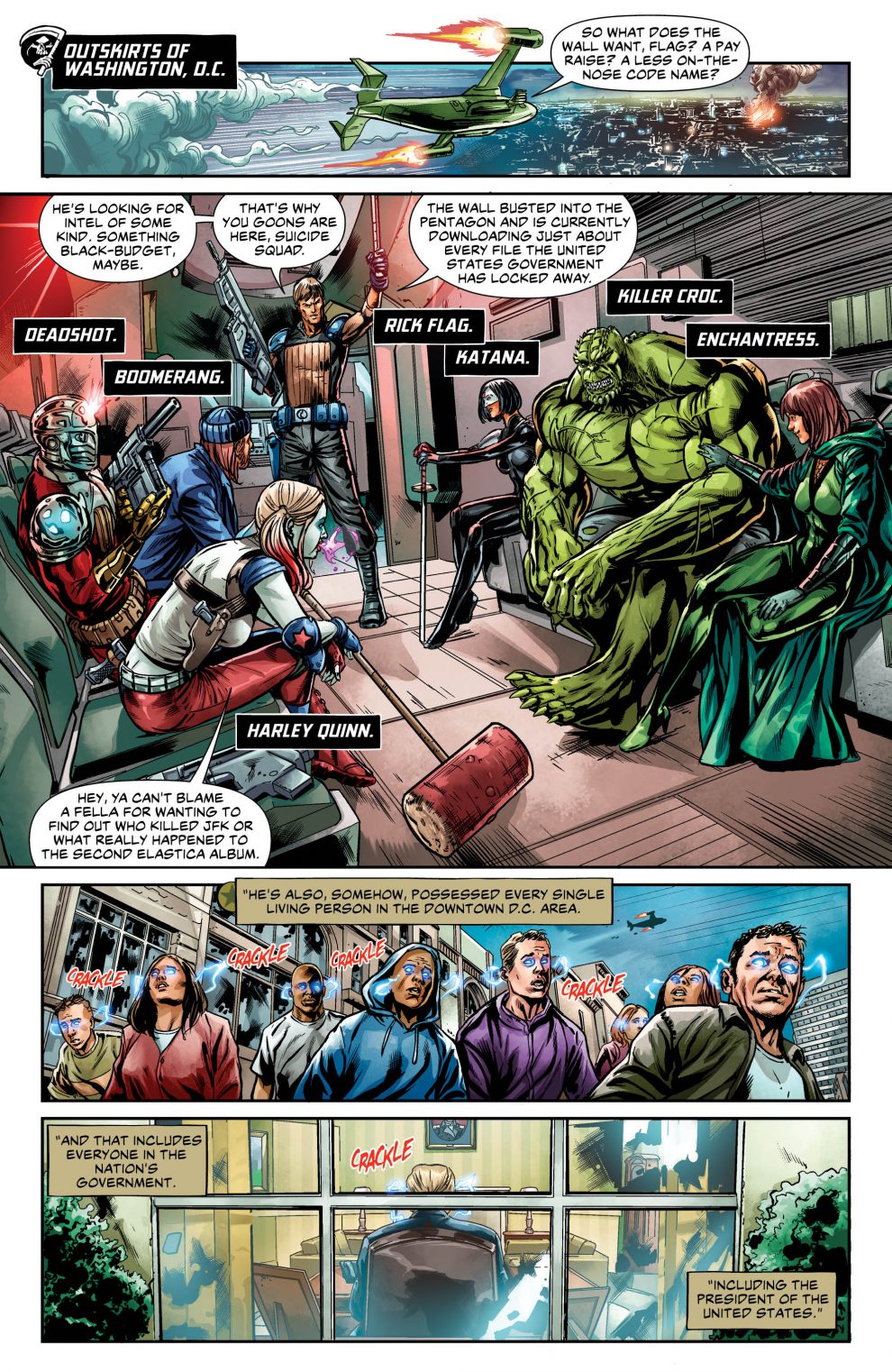 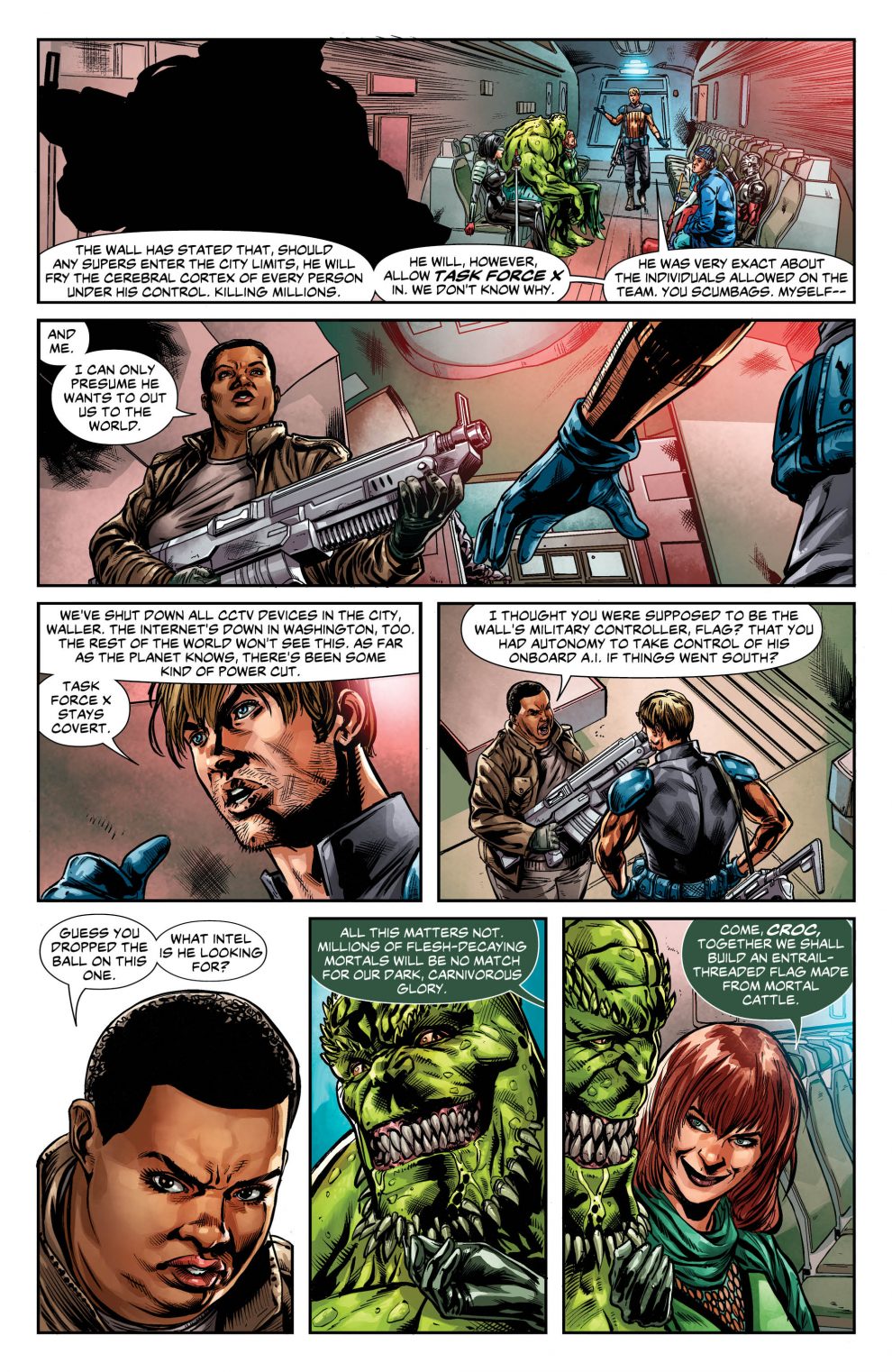 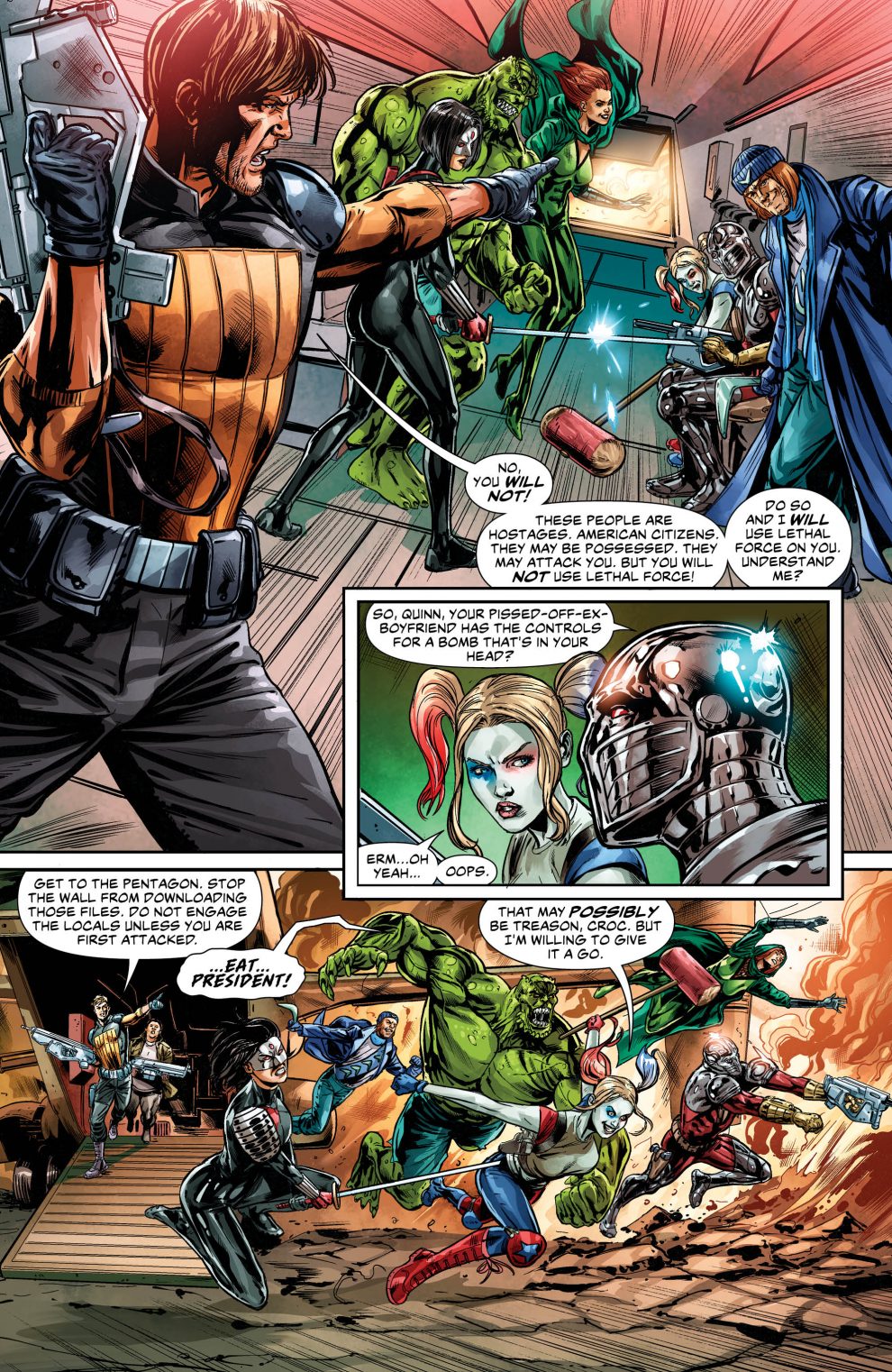 Rob Williams is doing an excellent job of writing Suicide Squad. I’m really enjoying the events that are going on at the moment. Things are teetering on the edge of falling apart for Taskforce X. Now, with Enchantress out of the picture and the rest of the team hurting, Waller’s own family is in danger.
With a new issue, comes yet another artist. Neil Edwards adds his unique art style to this issue. The action panels in this comic are brilliant. I’d just like to see an artist be given a decent run on this title.