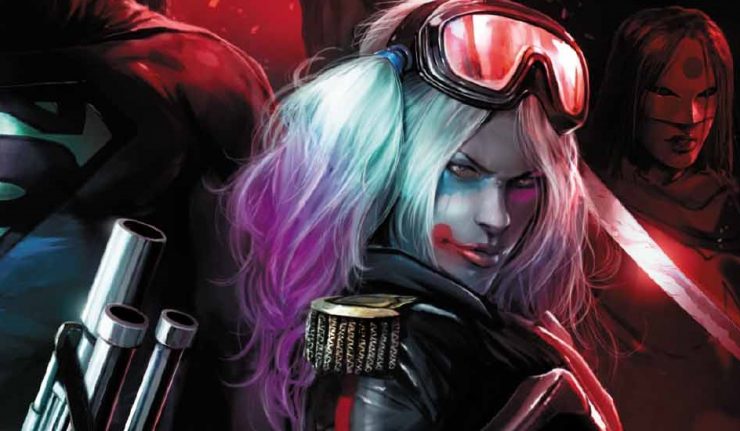 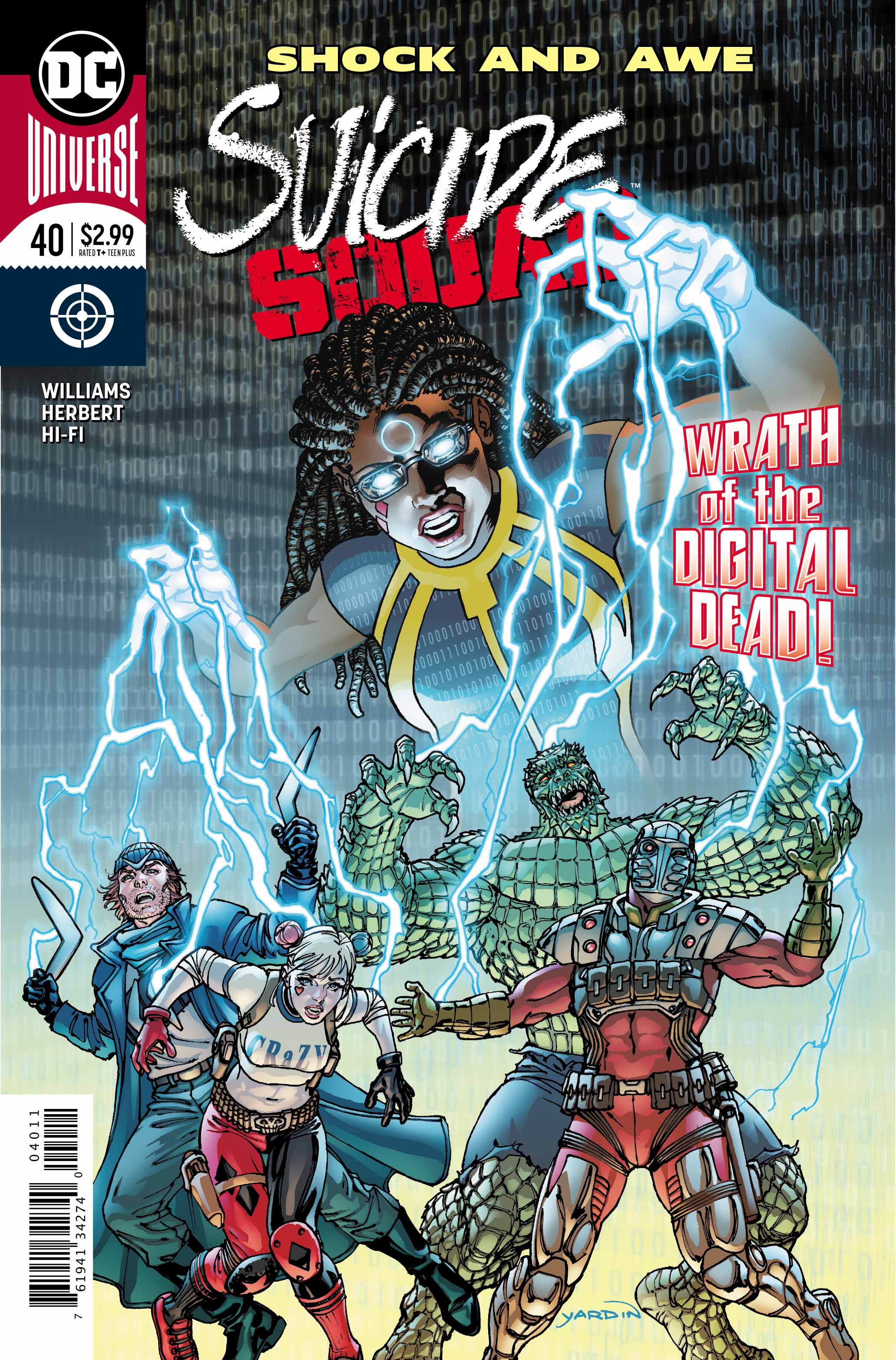 The team is still reeling after the events of last issue. The Wall took over Washington and downloaded the government’s secrets, including those about Amanda Waller’s family. In an epic fight, Enchantress fell, leaving everyone, including this avid reader, mortified. After gaining the knowledge he needed, The Wall flew out of Washington and headed to Detroit.
Rob Williams has done an excellent job at building up to this emotional conclusion. For the last five issues he’s has been dropping teasers that have finally come to fruition. Over the course of both, this run and “Drain the Swamp”, I’ve felt as though something massive was on it’s way. I was not mistaken. 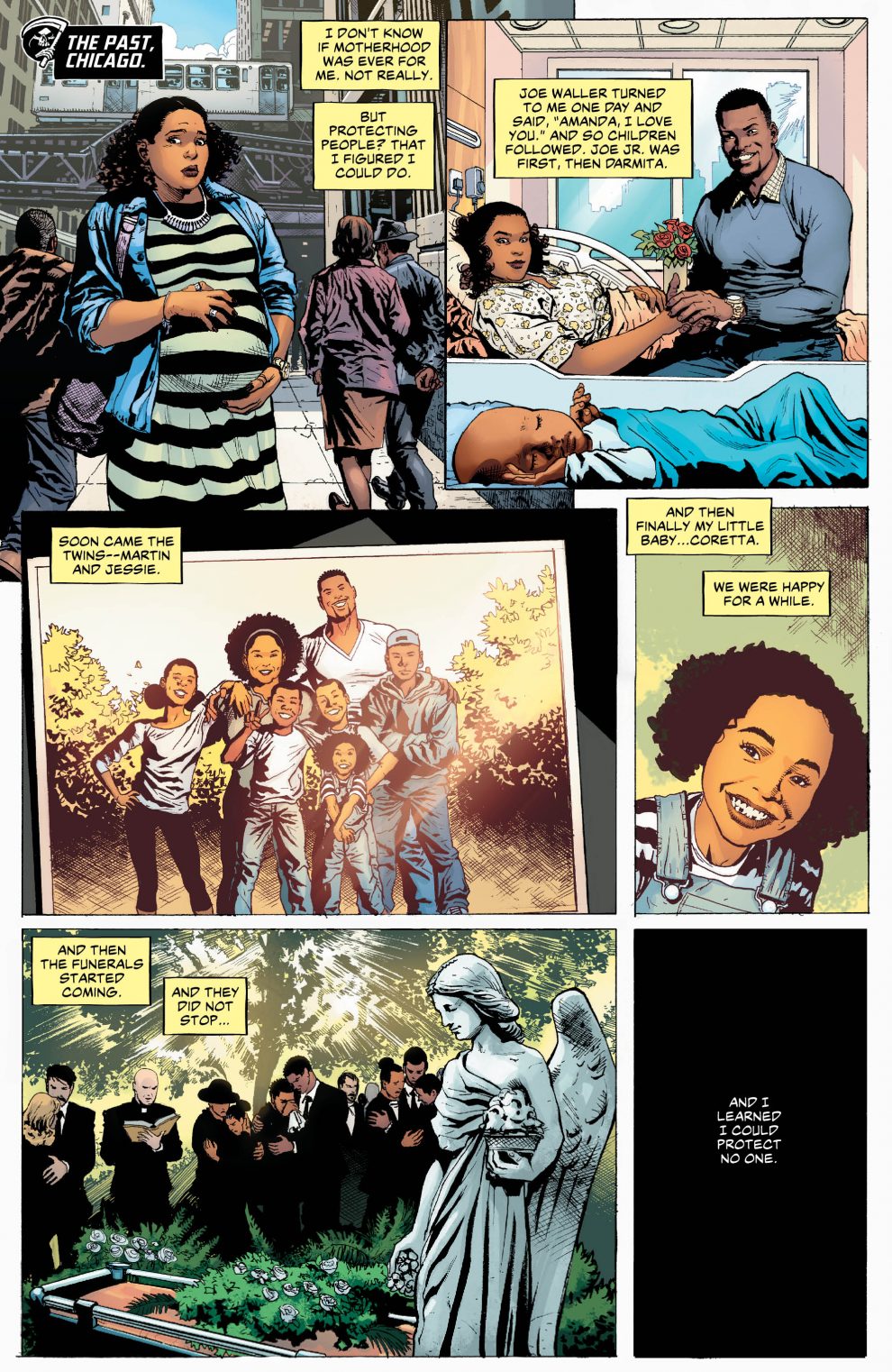 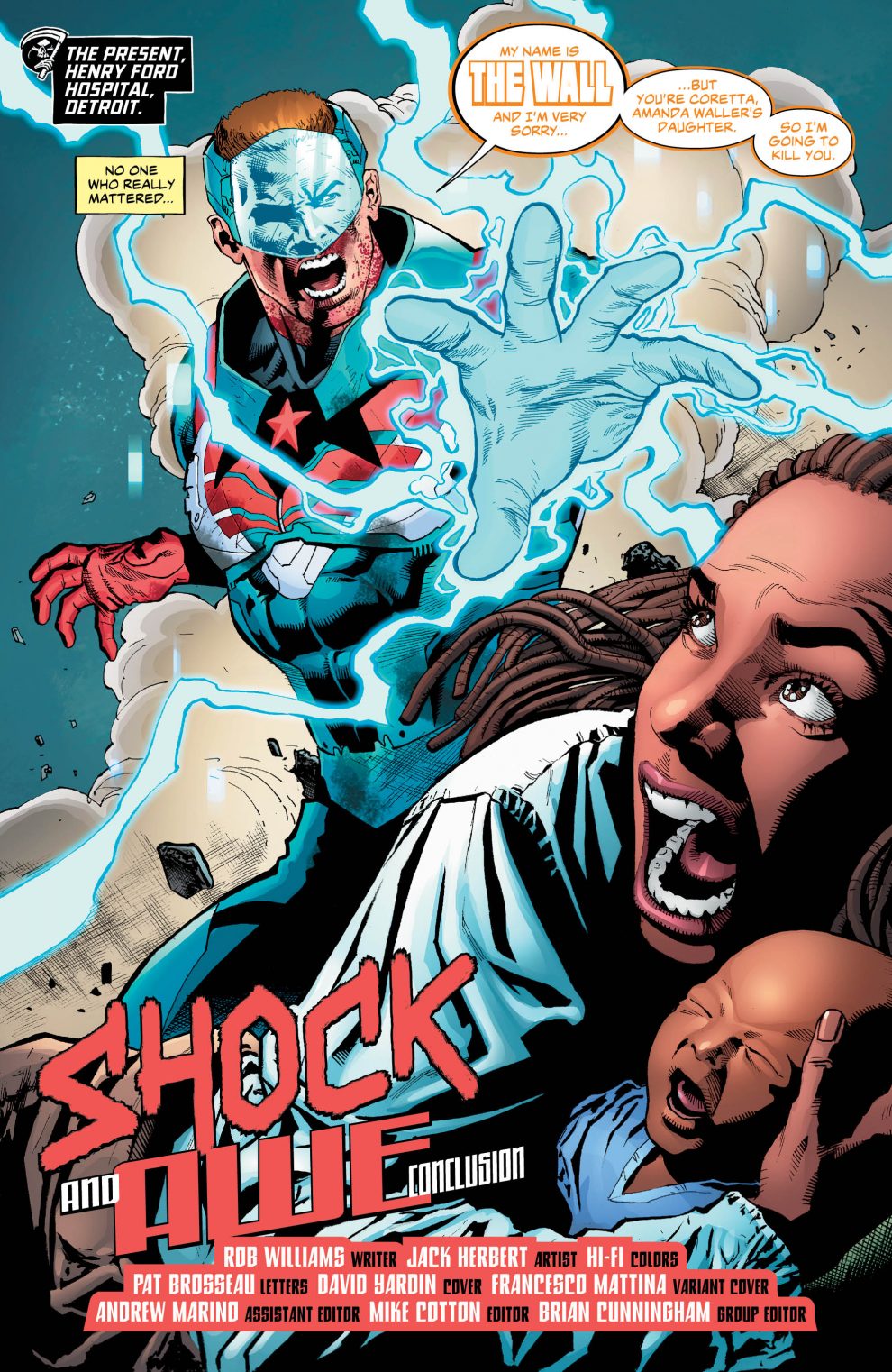 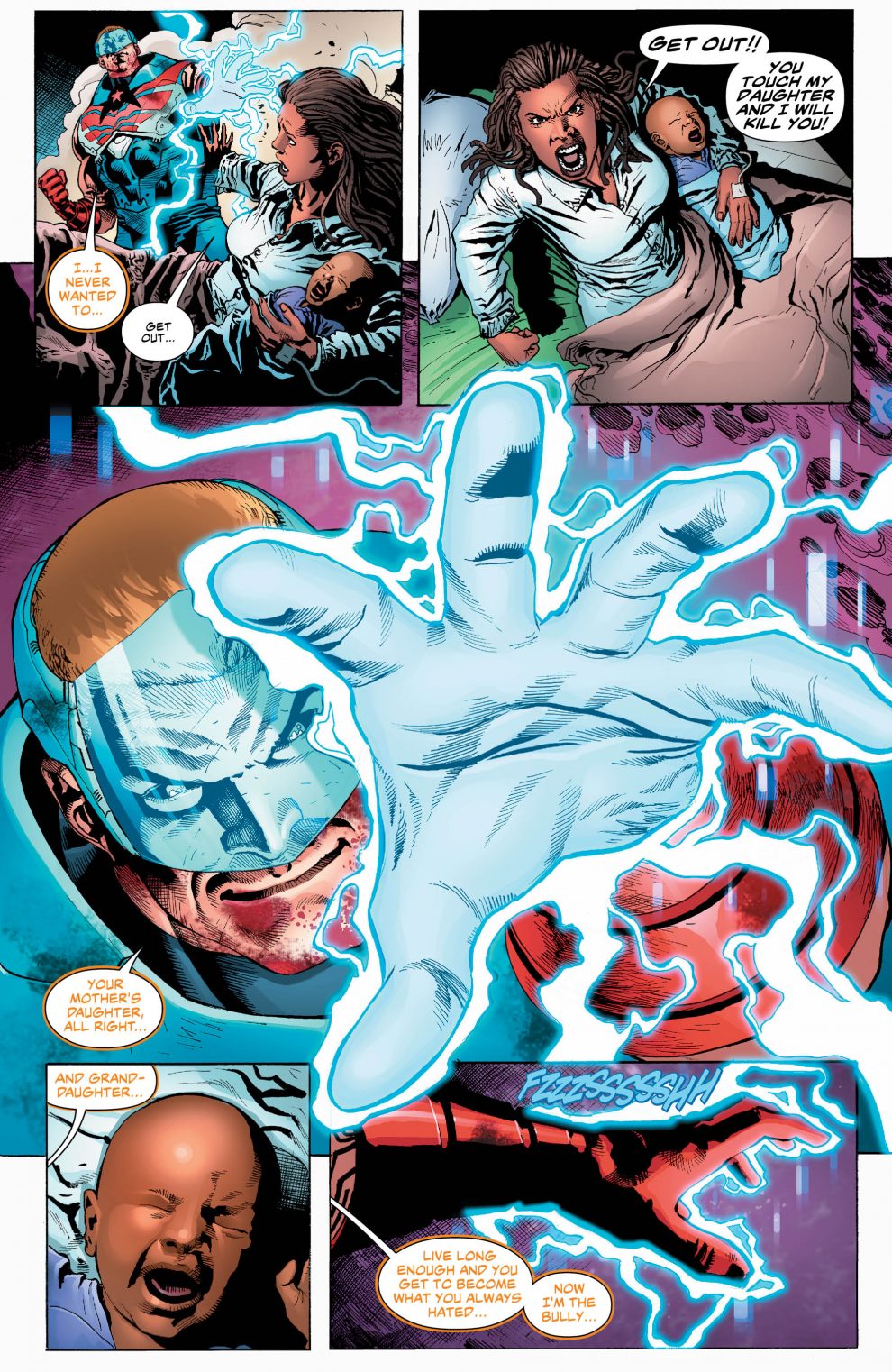 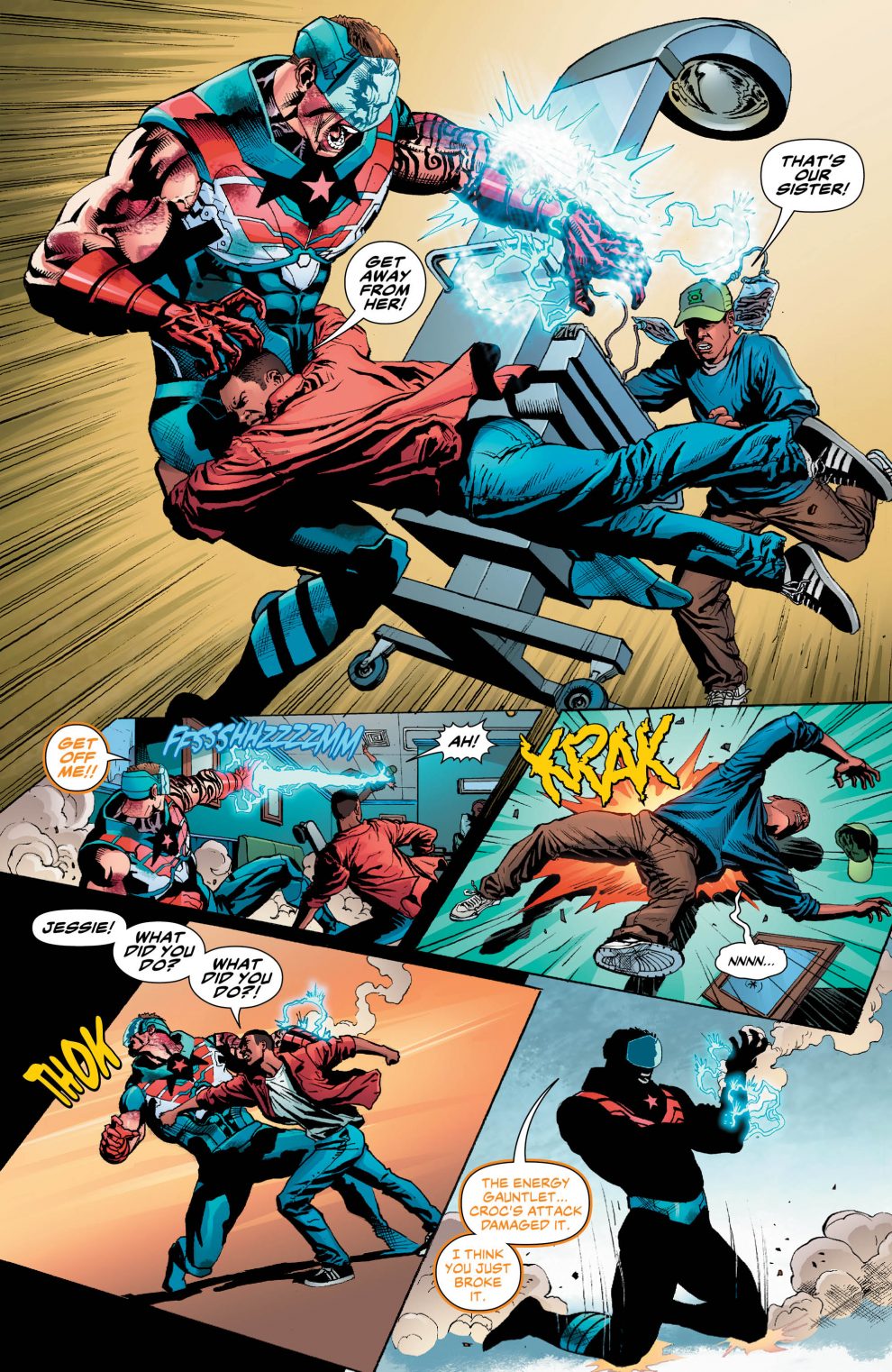 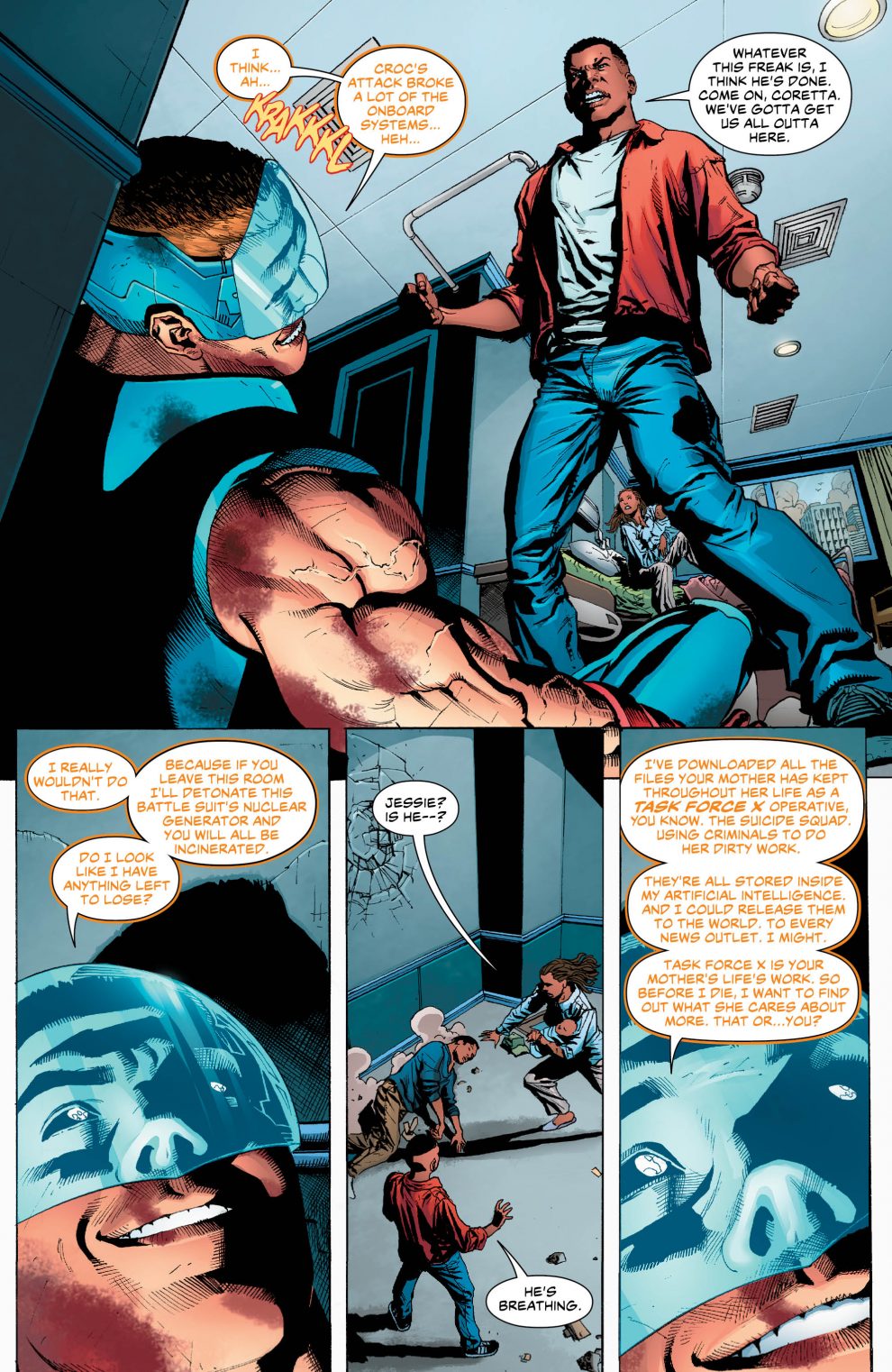 Amanda Waller is a character that has always been in control, but what happens if that control is taken away from her? Rob Williams explores that very concept in this gripping conclusion. In this issue we get a glimpse of what drives Waller into doing what she does. A character that, has always had an air of mystery about her, and Williams peels back what can only be one of the many layers to Amanda Waller. At the end she is faced with an ultimatum. To save her family, or her work.
I am extremely excited to see what Rob Williams has in store for us next. The last few issues have been an incredible roller-coaster ride; the return of Hack, on the hunt for revenge, the disbanding of Taskforce X, and The Wall taking over Washington and defeating Enchantress. There’s not been a dull moment in the build up to this conclusion and I have loved every second of it!

Continuing the trend, a new issue brings with it a new artist. Jack Herbert lends his artistic talent to this issue of Suicide Squad and he does a brilliant job with the action panels. This issue however, could have done with an artist more suited to facial expressions. This issue was wrought with emotion, but sadly, the art didn’t accompany the writing or feel of the comic. Still an excellent conclusion overall though.