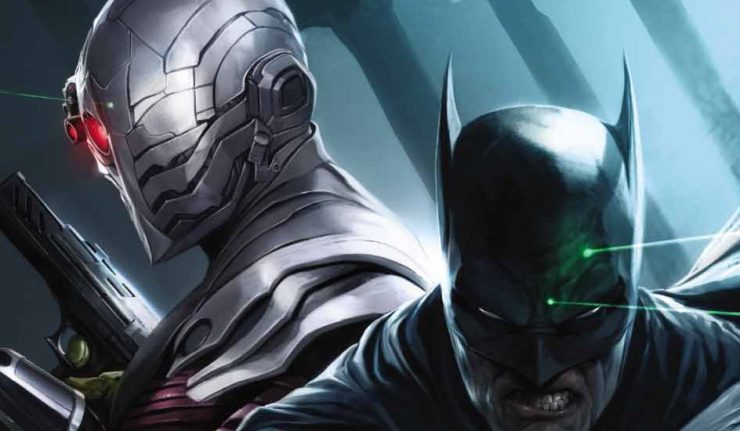 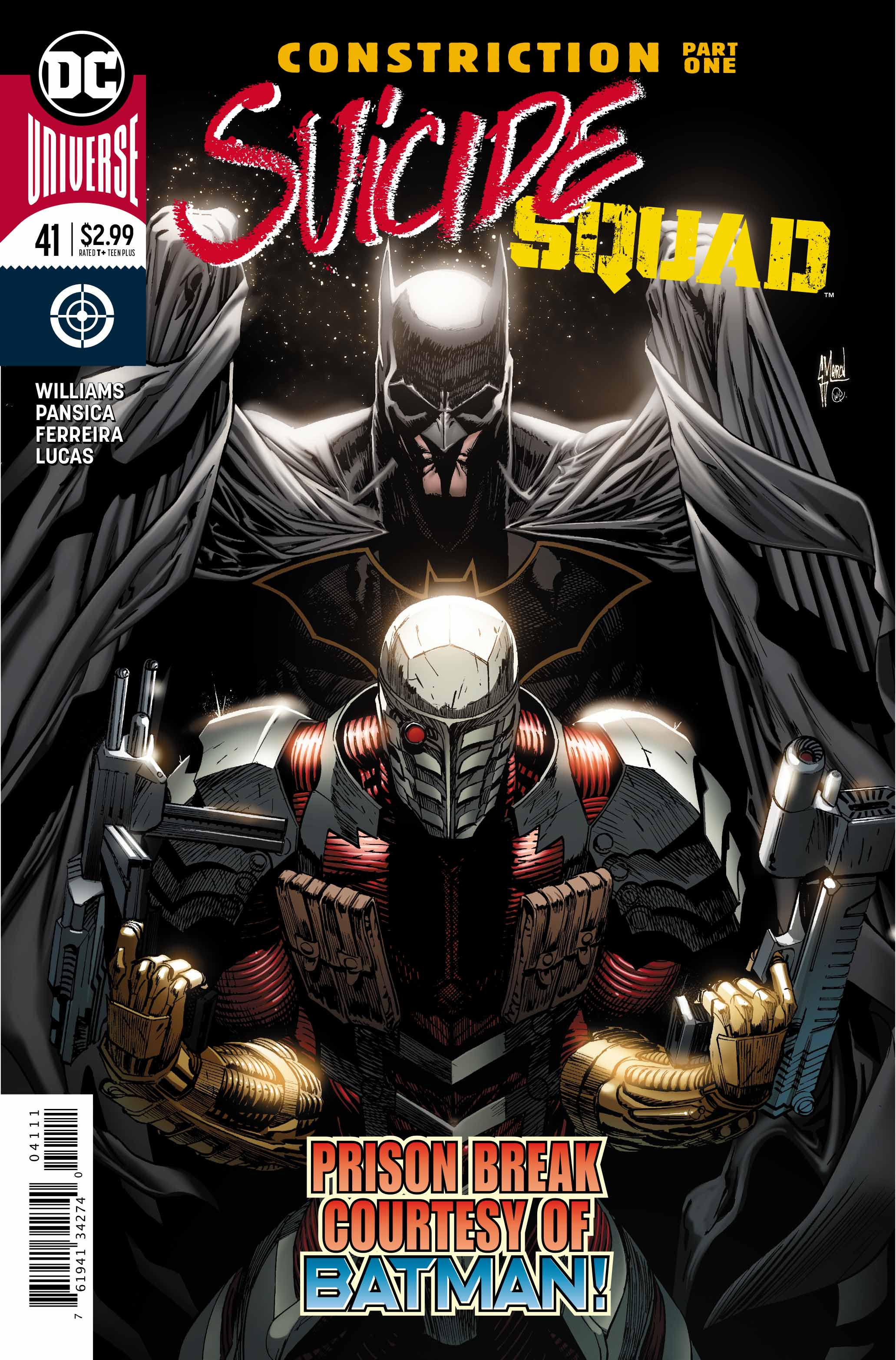 With the events of “Shock and Awe” coming to its thrilling conclusion in the last issue, a brand new story arc starts in this one… and it’s already gripped me! Rob Williams has done an excellent job in laying the foundations of what looks to be yet another thrilling story.
With Killer Croc still broken from what happened to his beloved Enchantress in issue #39. Waller finds herself with two of her heaviest hitters out of contention, and having to recruit outside forces. Speaking of which, Belle Reve finds itself under attack this issue. The intruder easily navigates their way through Waller’s security system, as well as disabling the guards with ease.
Who is it? (as if you haven’t seen those covers) and what is it that they’re after? Find out in Suicide Squad #41. 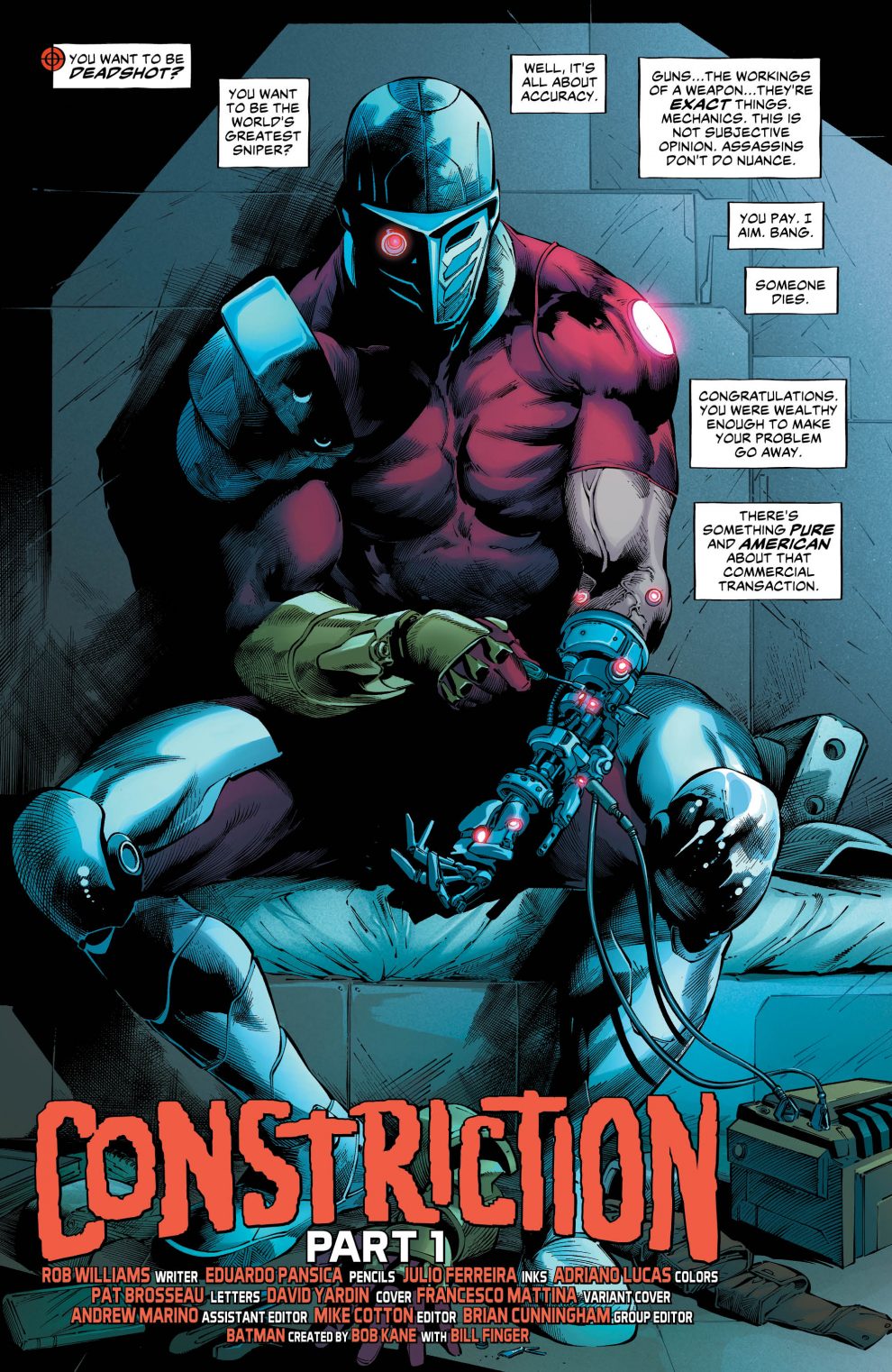 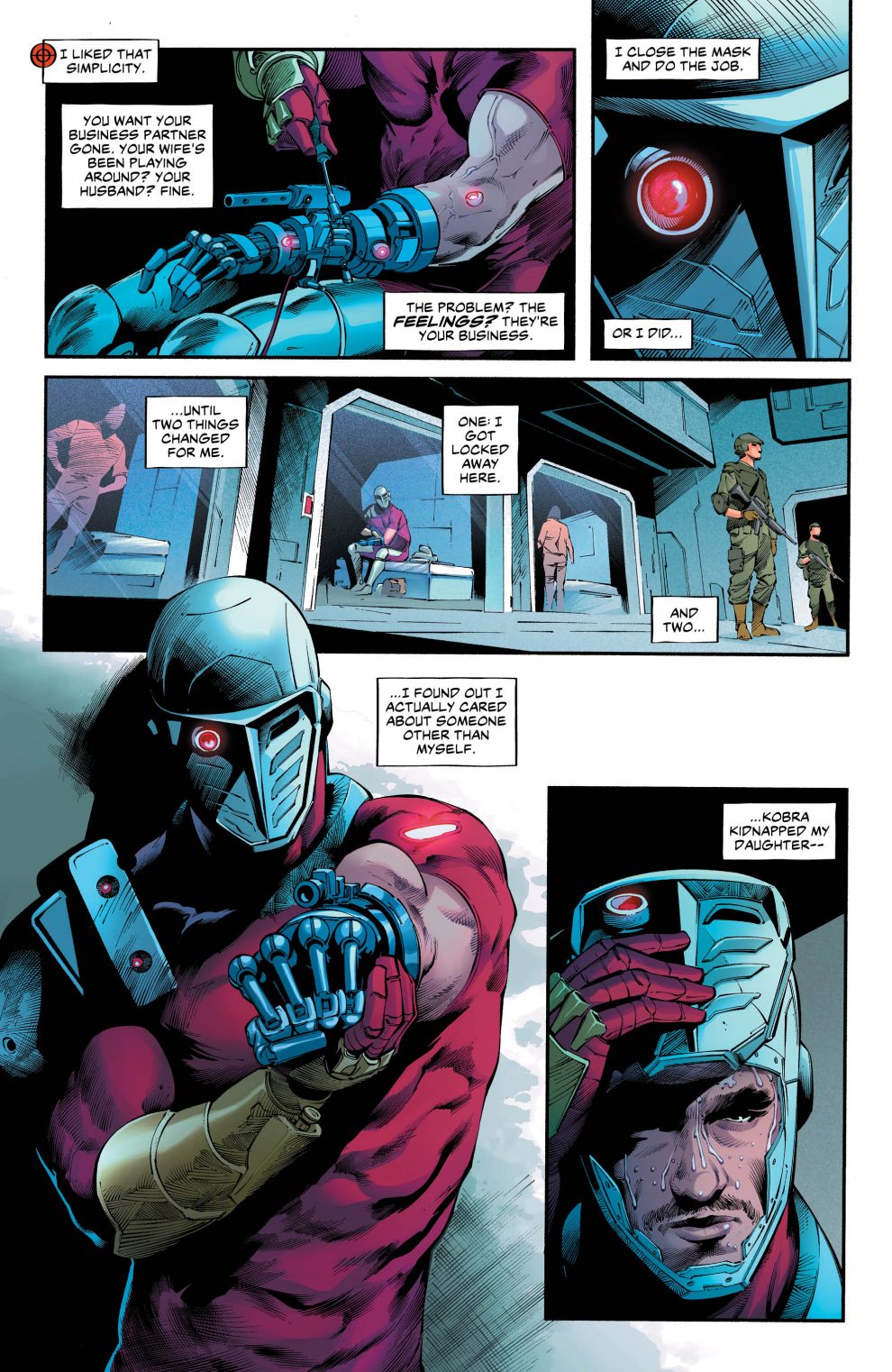 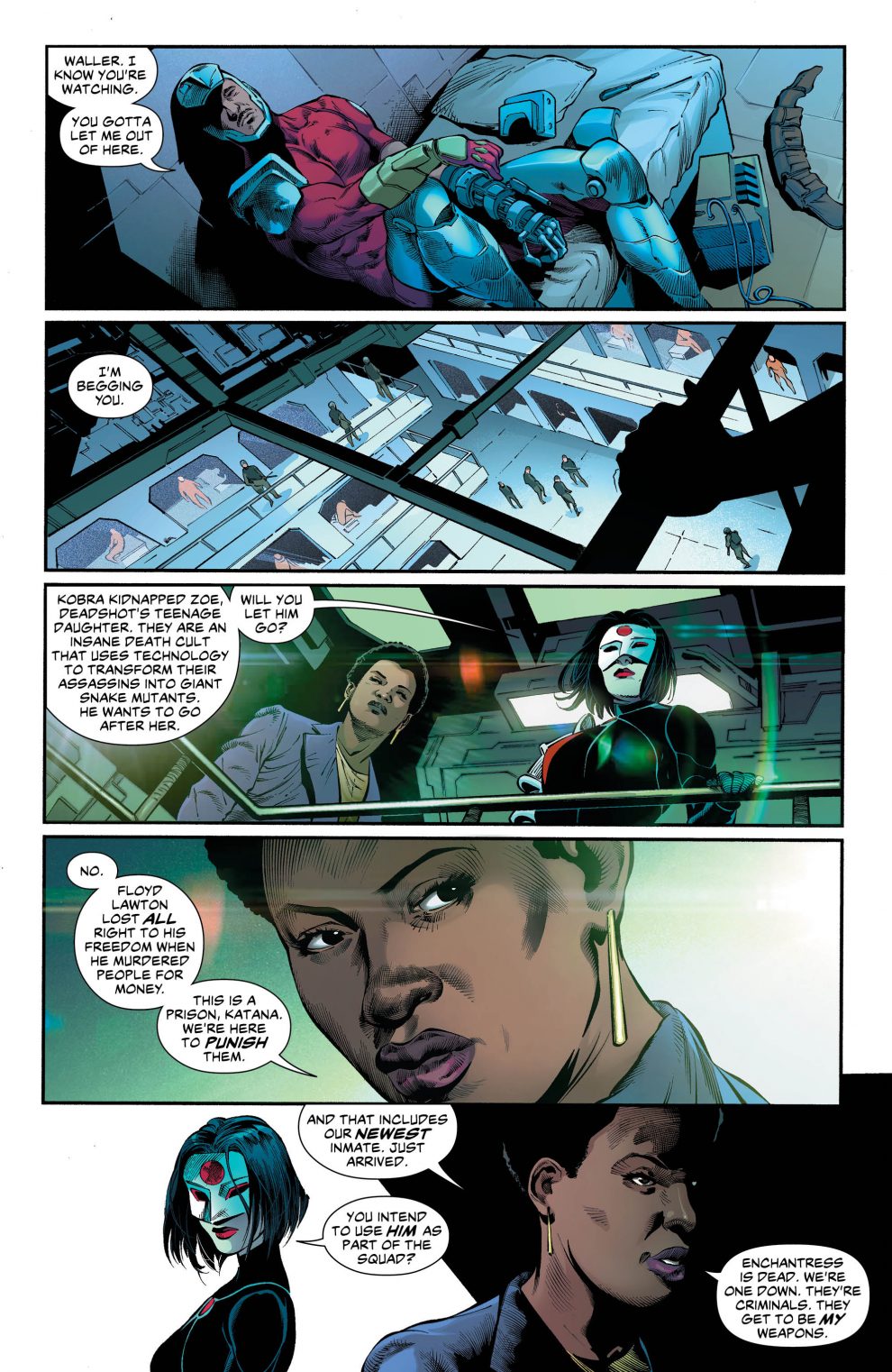 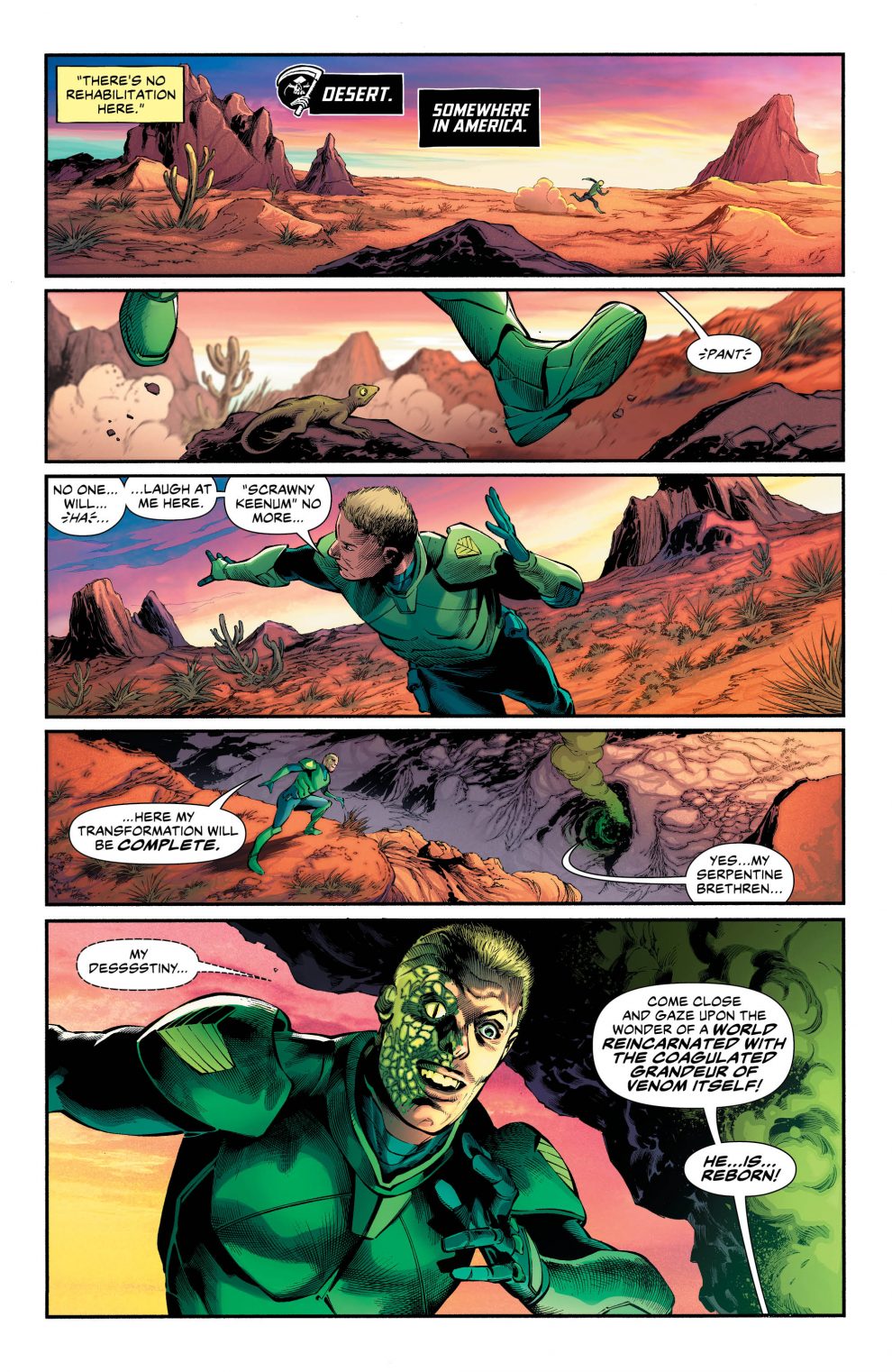 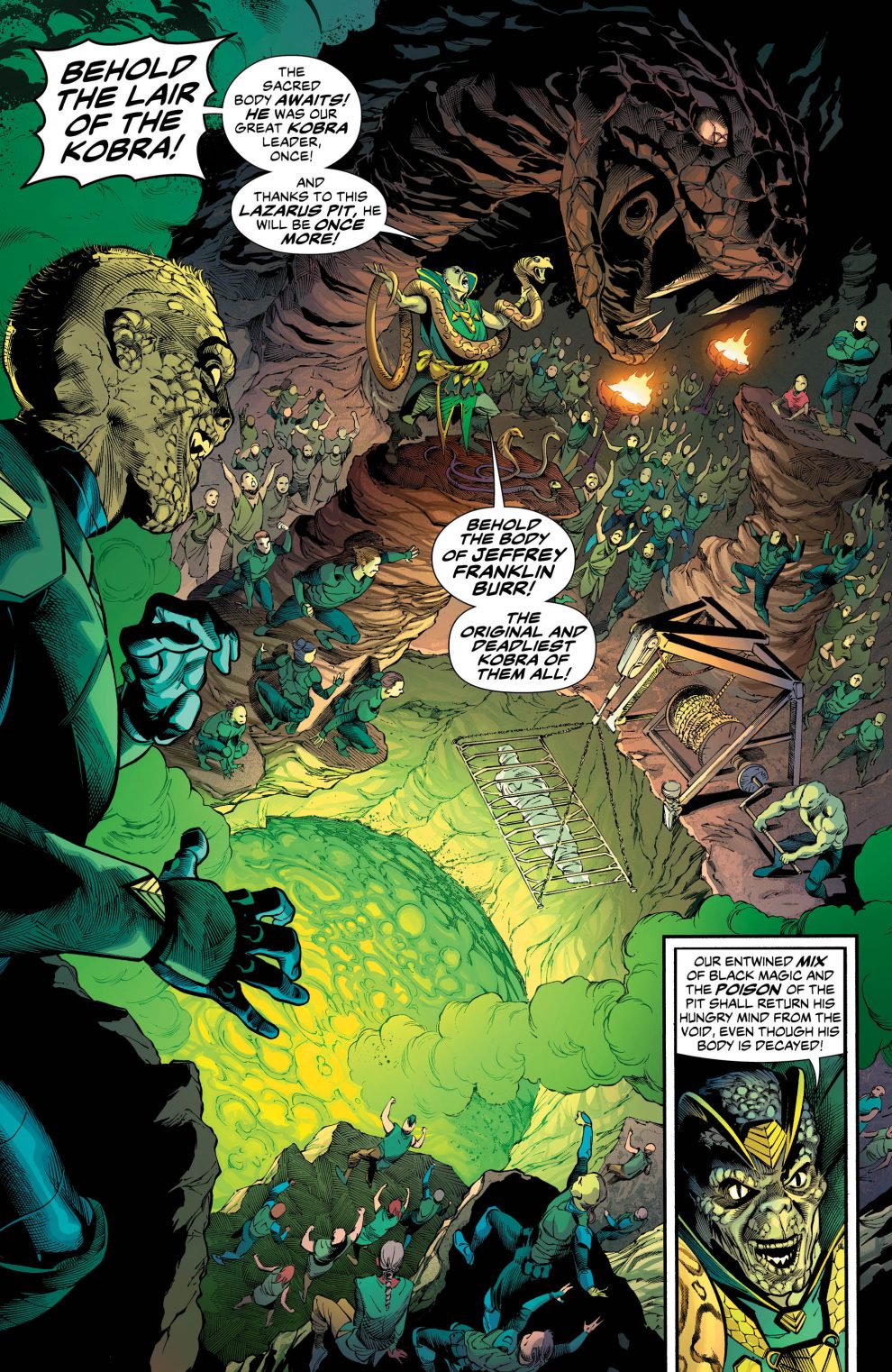 This is an excellent first part to a new story arc, it sets everything up so perfectly. The artwork of Eduardo Pansica and Julio Ferreira compliment this issue spectacularly. Everything flows beautifully across the page, building up speed as the comic continues. I honestly can’t say enough good things about this instalment, and only hope that things continue down the same path.

Suicide Squad has gone from strength to strength over the last few issues and Williams has produced yet another stellar comic. We see the return of Amanda Waller at her best; the cold-hearted woman we all know and love to hate, proving herself to, yet again, be unwavering in her convictions that, no matter what, Taskforce X are the worst of the worst and should be treated as such. Tensions are rising in the Squad’s ranks and decisions are made in this issue that will certainly continue to have impact on the team further down the road.