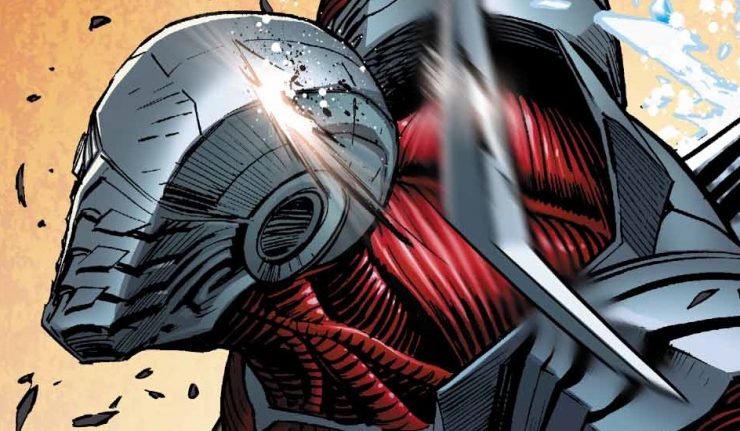 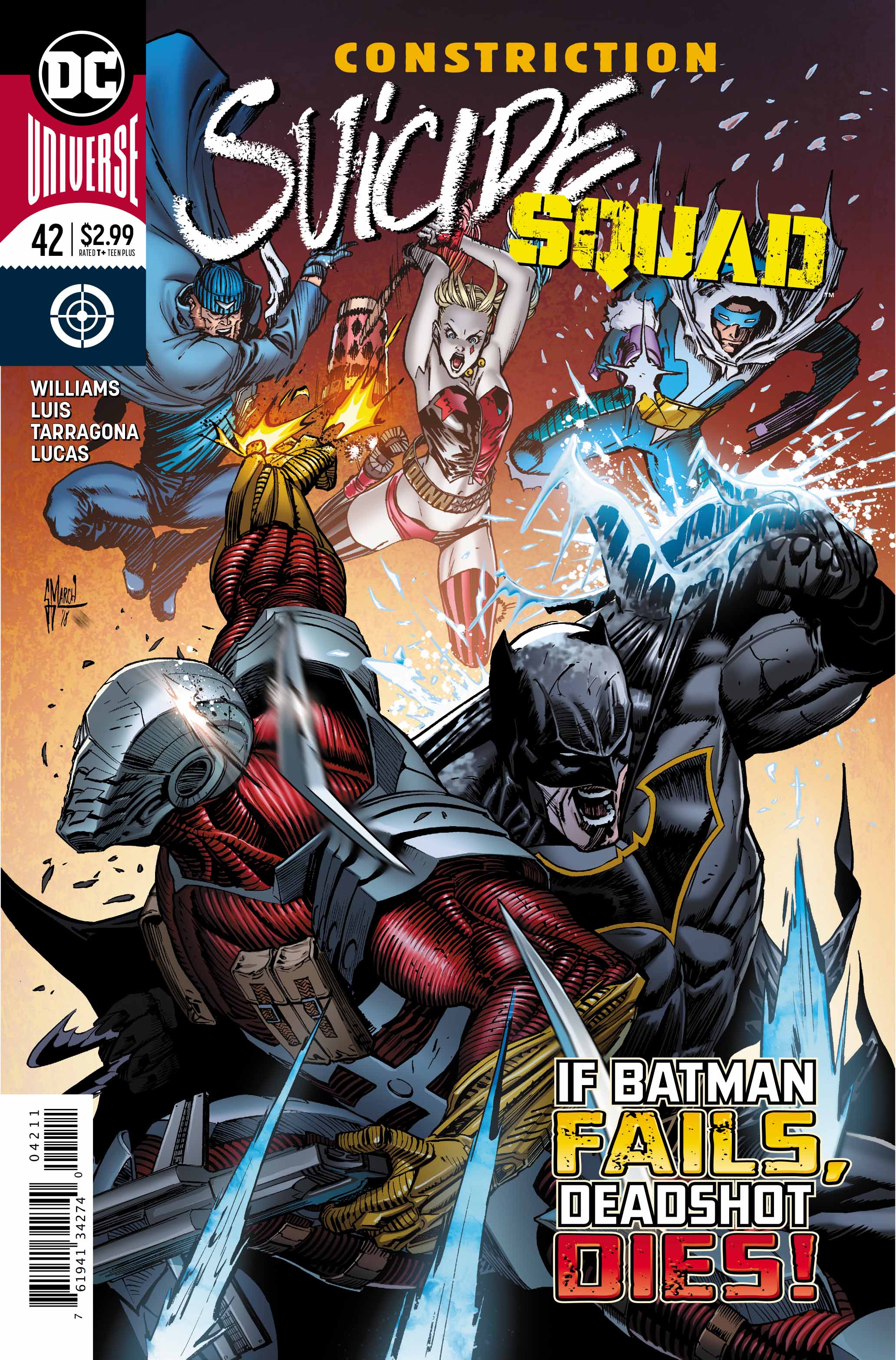 Wow! What an issue Suicide Squad #41 was!
Rob Williams continues to impress in this issue. With the team still reeling from the events of “Shock and Awe”, Batman throws another spanner in the works by breaking Deadshot out of Belle Reve! Deadshot’s daughter, Zoe, has been kidnapped by the organisation known as Kobra and Batman and Deadshot are on the way to rescue her. Harley Quinn, Captain Boomerang and Captain Cold are on the way to bring them back in.
The race is on! 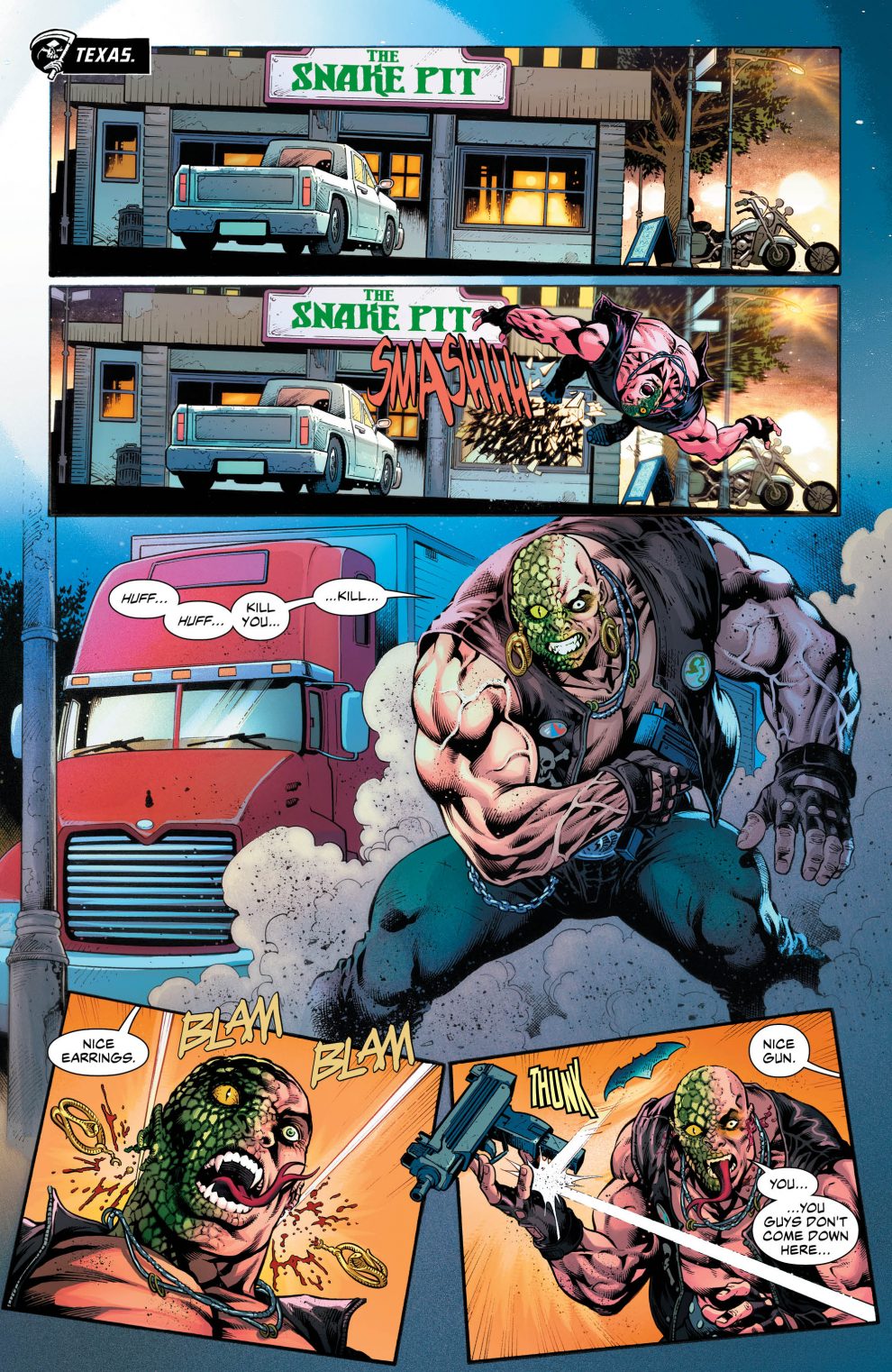 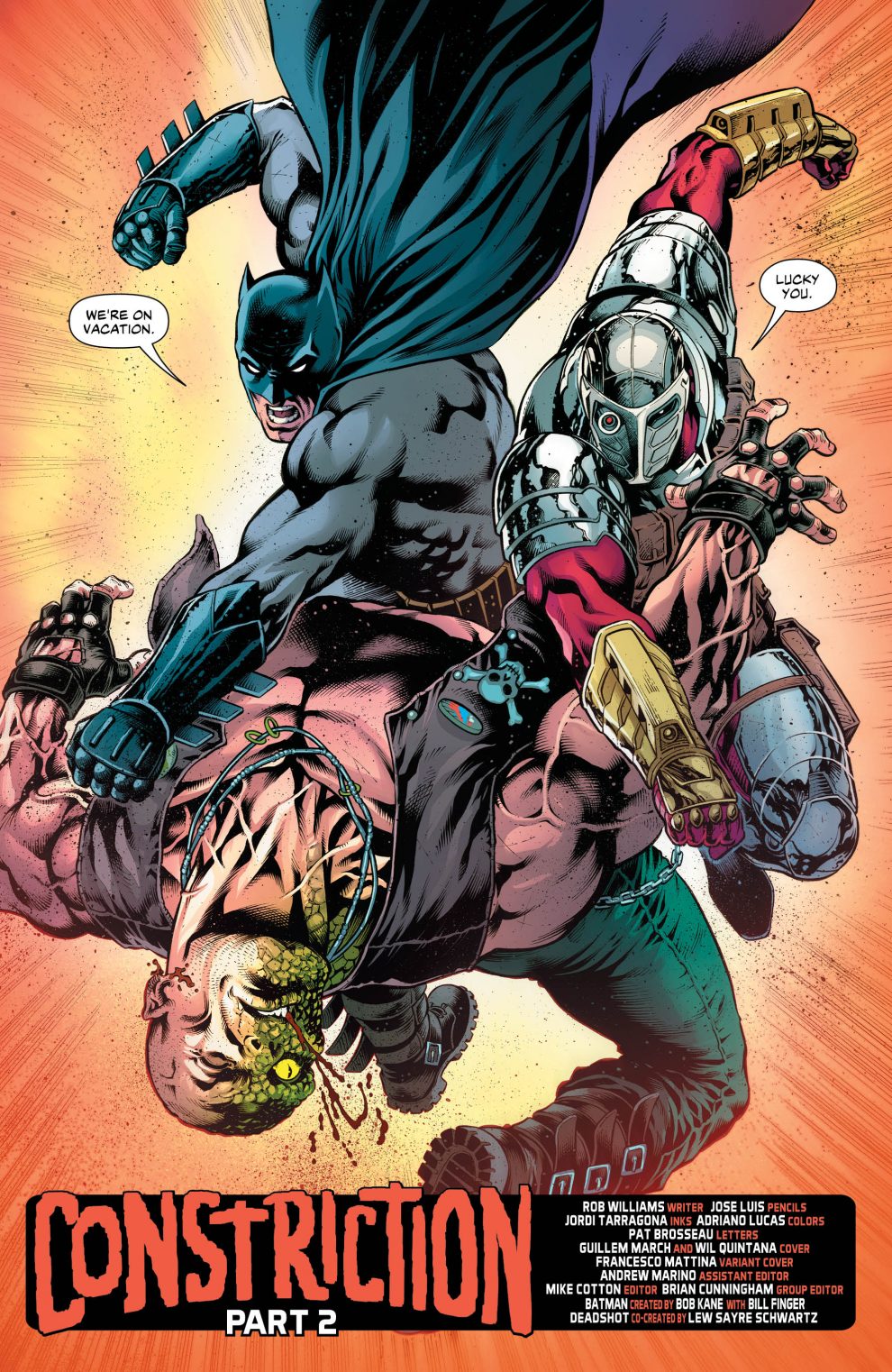 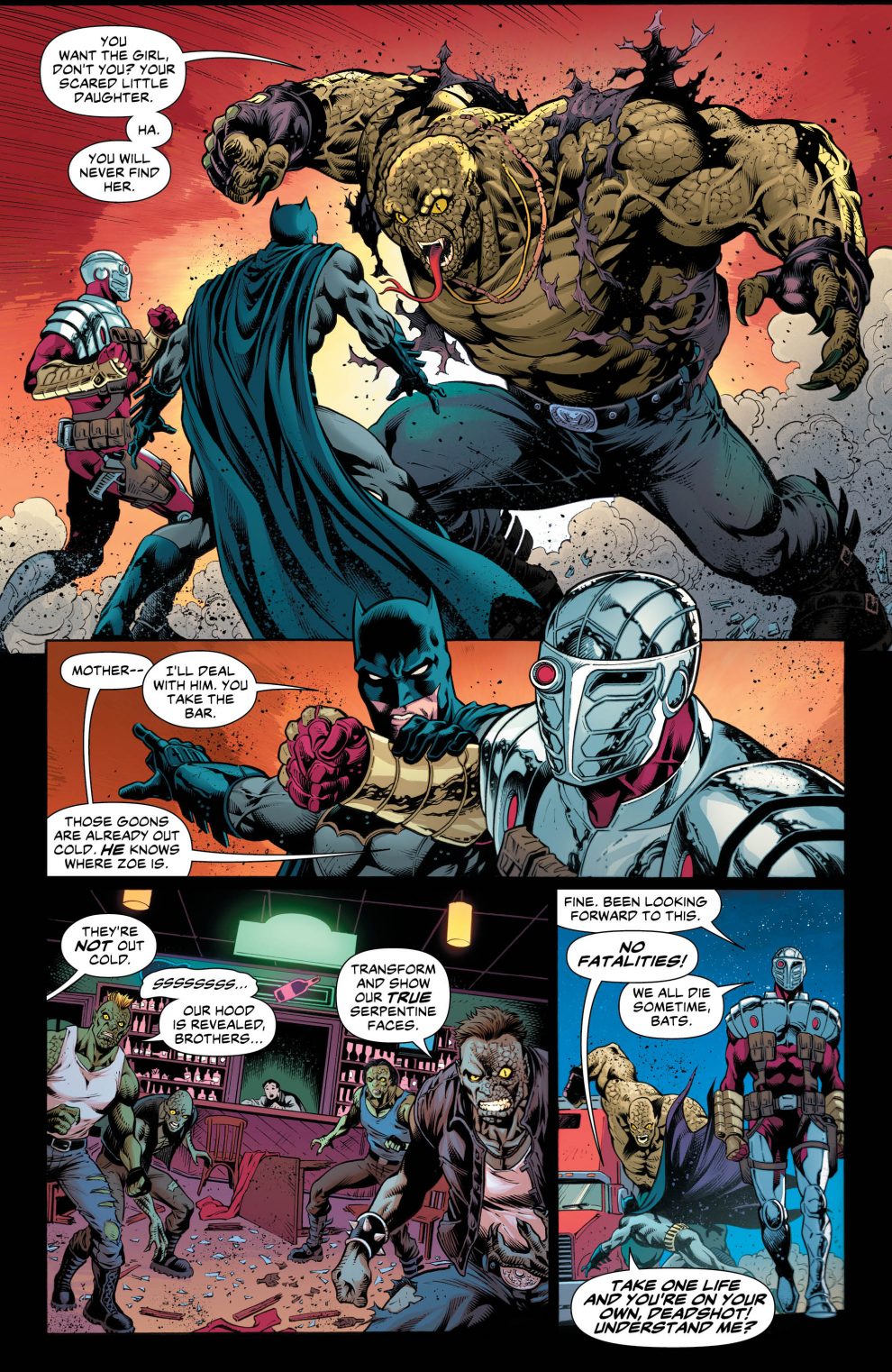 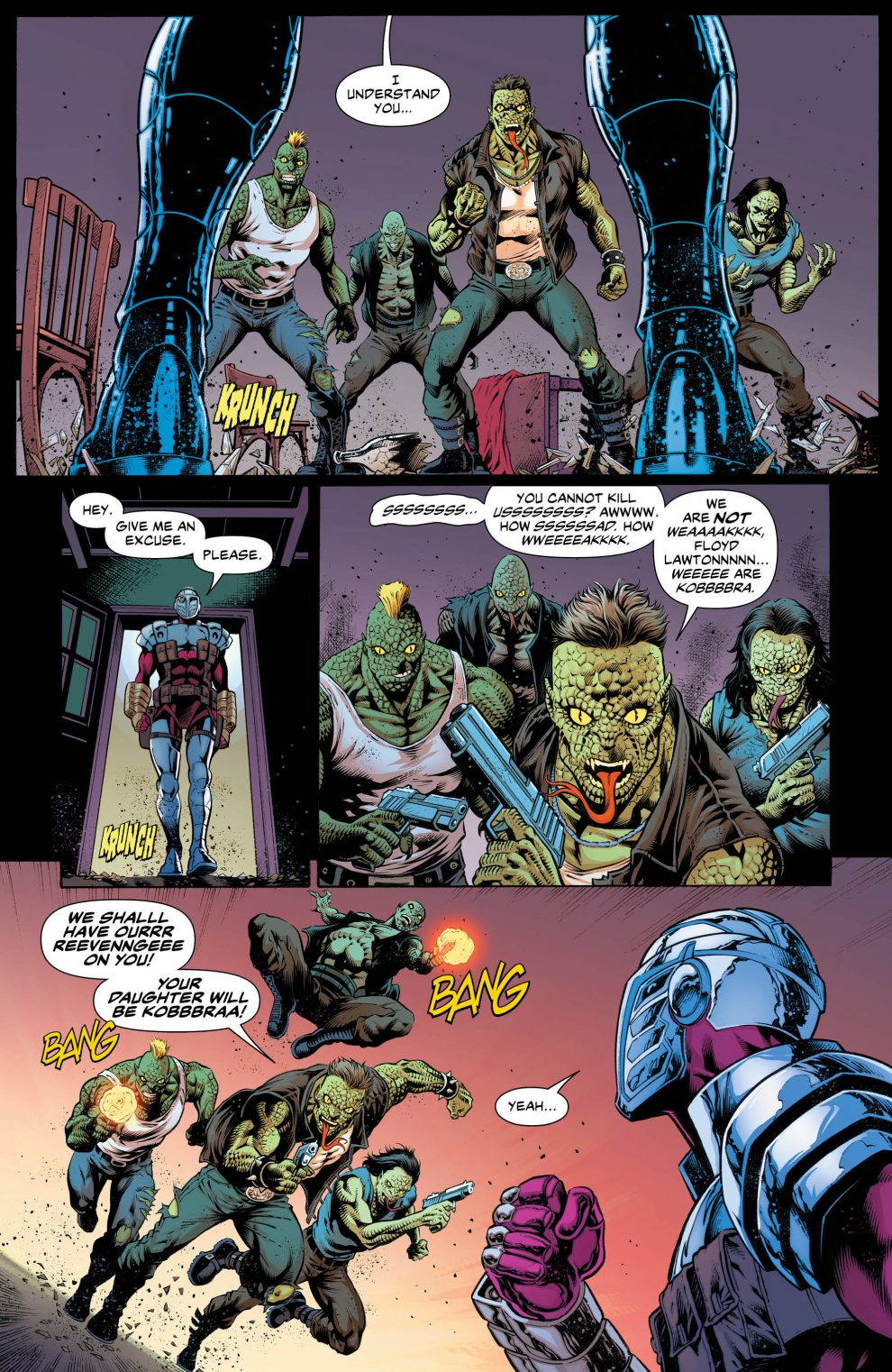 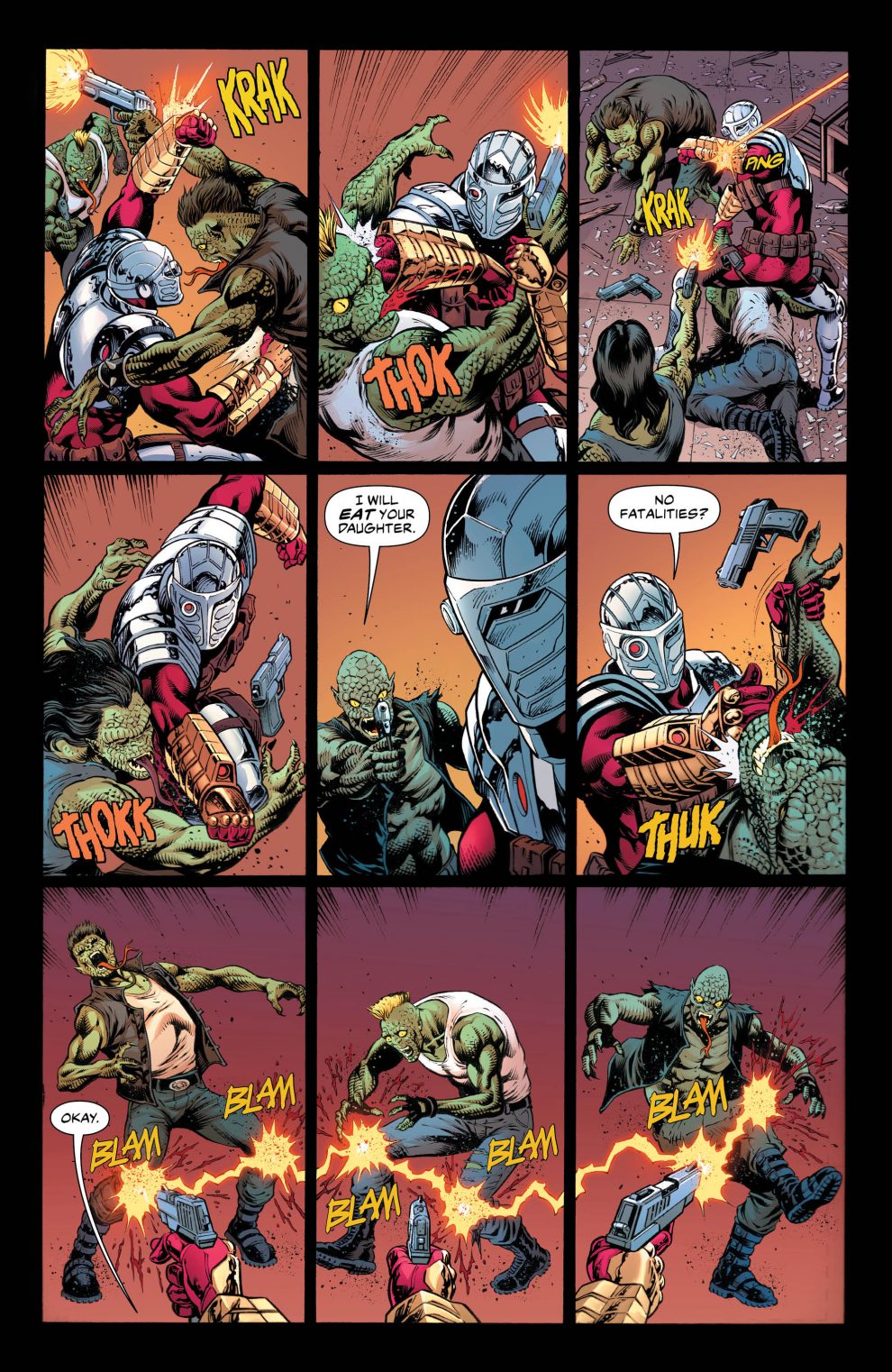 I did not know that I needed these team ups in my life until Williams put them on paper. The unspoken bond between Deadshot and Batman is much like two brothers-in-arms. Neither needs to say anything, but when they do it hits home. While on the road trip with the Caped Crusader, Deadshot hits Batman with some home-truths with the accuracy of a master assassin.
Then we have the fantastic villains team-up too. Harley is being Harley, doing her own thing while the boys quibble and quarrel. Captain Boomerang continues to be his clueless, hilarious self. Then there’s Captain Cold, the new kid on the block. He immediately fits into the group, as the banter and hilarity between the three of them is nothing short of pure genius.

Yet another stellar issue of Suicide Squad from Rob Williams and his creative team. Williams continues to produce a gripping story, which is an absolute pleasure to read.
The artwork of this issue is fantastic too. Which is great, too often the art has let the comic down. Jose Luis and Jordi Tarragona compliment Williams’ style of writing beautifully, as well as the personalities and outrageous nature of Taskforce X.
Please DC, give this title a consistent run of good artists. It’s currently the only thing this series is missing.