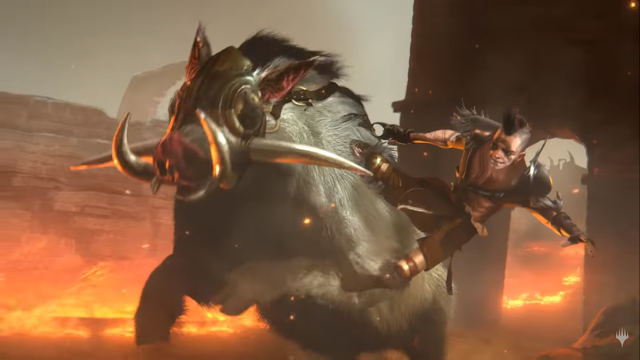 It's time to smash faces. The Gruul clans have been revealed, and they're unhappy with the political climes in Ravnica, and with the general attitude of civilisation. 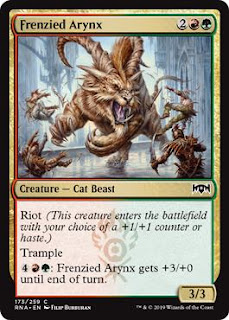 The Gruul keyword Riot modifies the creature as it's resolving. It comes down hasty, or it comes down a little bit bigger. As for this one Draft Common, this is quite strong, being flexible enough to come out large or fast, and has a repeatable mana sink, it'd make a lot of Jund or Temur draft decks. 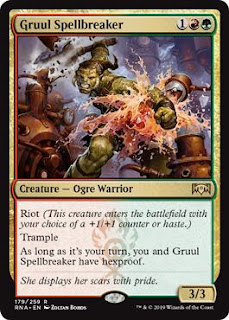 What a stronk boi. A 3/3 for 3 with haste and trample, or a 4/4 for 3 with trample. At the very least that'd be a consideration for Red/Green aggressive decks in future Standard. The additional ability of giving itself and you Hexproof on the turns you want yourself protected from Settle the Wreckage, without relying on another colour for Shalai. I can see this being considered as a pseudo Leyline in Modern zoo decks.

We're almost there with the guild specific reveals, with the Azorius coming back tomorrow. A lot of bets say that Detain is making a return to fit alongside the Teferi decks. Catch up with Fantastic Universes for the big reveal and further talks about upcoming spoilers.
Adam B Ray Adam B. ray Adam Ray Adam's Dragon Cave Magic Magic: The Gathering Ravnica Wizards of the Coast