There Can Be Only One: Deck Tech and Talks on Arena Singleton 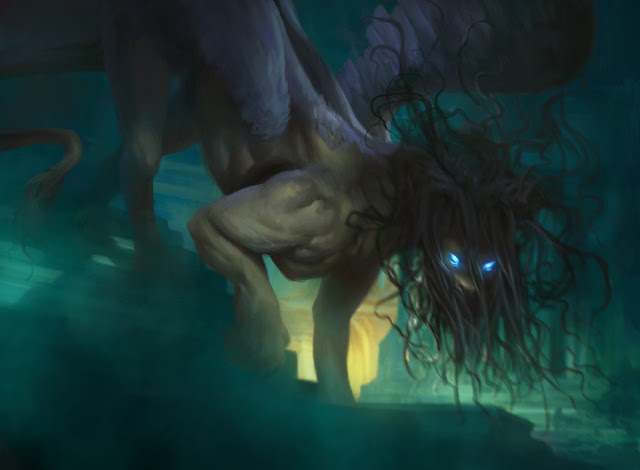 Arena Singleton is possibly my new favourite format. One of each card, not including Basic Lands. Much like Commander or Highlander, it provides interesting deck building puzzles. Each card must be at its strongest in a deck such as this, with the theme and intent clear at all spots of the curve.

Certain principles carry over from those formats to this one. Accelerating your mana is always a welcome idea, and having cards that search for specific cards, like the Forerunners or Final Parting are very useful.As a regular reader in this side of Fantastic Universes is aware, I love the Blue/Red colour combination. As such, my favourite Arena Singleton deck is a Blue/Red spellslinger control, and it looks a bit like this.

I streamline the build into three categories: land, interaction, bombs. No brainers in the mana base include Arch of Orazca and Field of Ruin, to keep me on cards and blow up tricky lands respectively. I would very much love a Detection Tower or a Memorial to Genius, but I haven't opened them quite yet.

The low drop creatures all fill essential roles. Archaeologist keeps in cards late, Electostatic Field staves off aggro and is Guttersnipe's best friend. Guildmage and Electromancer give the spells I cast a new lease of life, while the five mana Salvager of Secrets is the closest the format will get to Archaeomancer. I would run Flood of Recollection for spell recursion if I owned one on Arena.

The Drakes are heavy hitters in the air, and alongside the Phoenix, it adds up to reliable threats. The Rescue Whale Nezahal, keeps me in cards and dodges removal perfectly.

Search for Azcanta and Firemind's Research keep the cards flowing of strong playable quality. The removal and counterspells are kind of a given. Explosion and Banefire make ways to get final chip damage through.

A stand out card is Invert//Invent. I swear by this card in so many formats. It tutors for two cards which can close out the game if chosen well. Play tutors in singleton formats, it does wonders to a deck's consistency.

In terms of cards I'm not playing, one big absence is the guild leader. This deck would love a Niv-Mizzet and I'll craft one out of a spare Rare Wild soon. Primal Amulet would make late X spells explosive, but a format like singleton would get it targeted quickly, thus my skepticism. Thousand-Year Storm is such a fun card I cannot justify running due to its remarkably win-more approach to being used.

You can find some gameplay of me playing this deck down below.