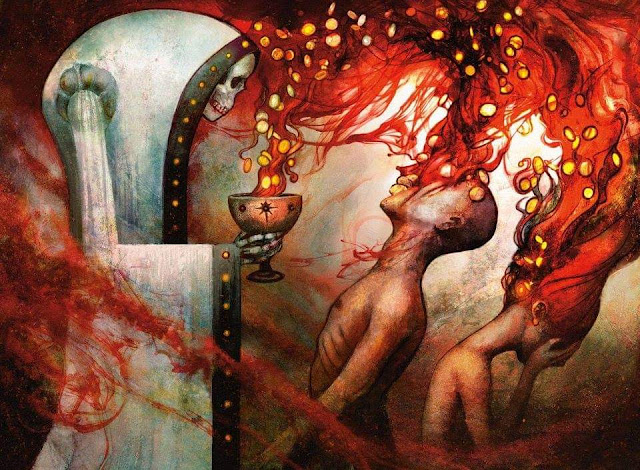 Week two of spoiler season has begun. We've seen a Black/Red Draw Engine, the return of Domri Rade, and the even more heroic return of the four mana wrath. 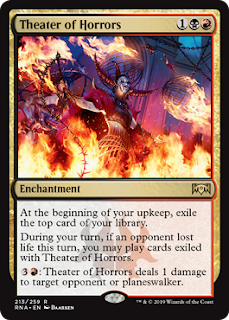 So, this is one of the best draw engines outside the colour Blue I think I've ever seen. This sets the tone for future enchantments that exile your top deck like Vance's Cannons or Outpost Siege. You can play lands you hit off it. It's better even than those enchantments as they stay under it forever and to your access if you can enable Spectacle (which the enchantment can do by itself). This will see sideboard play in various Rakdos colour sideboards. The main deck of Rakdos control, and every Rakdos or Mardu Commander deck ever. 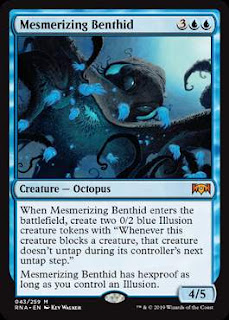 The biggest of squids. Except it's an octopus. And there are much bigger octopi. All seriousness, a big Hexproof creature that brings very small Wall of Frosts is a hell of a tempo play. He may see some fringe commander play in big mana sea monsters commander decks, or some play in Meloku Illusion Tribal. 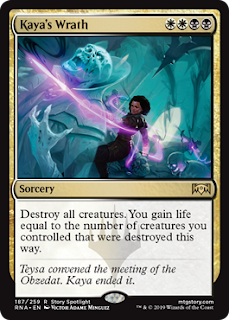 The four mana wrath, on the likes of Damnation, Supreme Verdict, and... uh... Wrath has returned to Standard. This spell gains you life for each creature of yours dies to it, which certainly makes it strong as a way to pad the bleeding in future Orzhov/X Tokens mirrors. Makes me miss Fumigate. Esper Control will play this. It is a four mana wrath. Grixis will be stuck on Ritual of Soot for a while, but this makes the cut in Standard and beyond. 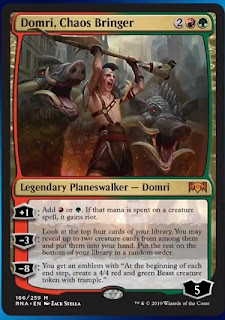 Domri is very strong. They couldn't justify printing three 3CMC Walkers in one set. In all seriousness, this Planeswalker has a lot of applications in multiple Red/Green creature decks in Commander. In a Gruul Monsters deck, you can reasonably cast him turn 3 thanks to Llanowar Elves. He can give future Llanowar Elves haste to tap them for mana immediately. When behind, he can dig you into two creatures, which a Monsters deck will always find valuable, and he's costed so him and the lovely Vivien Reid can work side by side. This also means he can enable a turn 4, hasty Carnage Tyrant. Sigh.

A great start to the next week of Spoiler season. We're getting as many commons and uncommons for draft as we're getting playables at this end. We have much to go, so get your commentary here on Fantastic Universes.
Adam B Ray Adam B. ray Adam Ray Adam's Dragon Cave Magic Magic: The Gathering Ravnica Wizards of the Coast