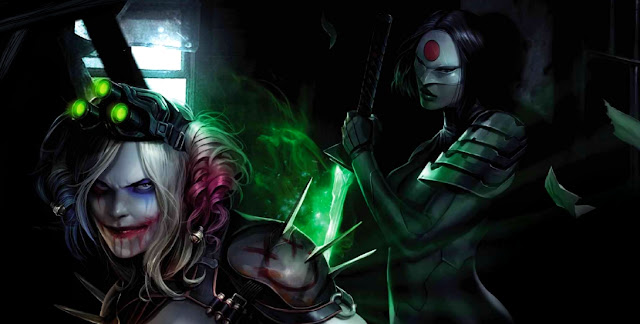 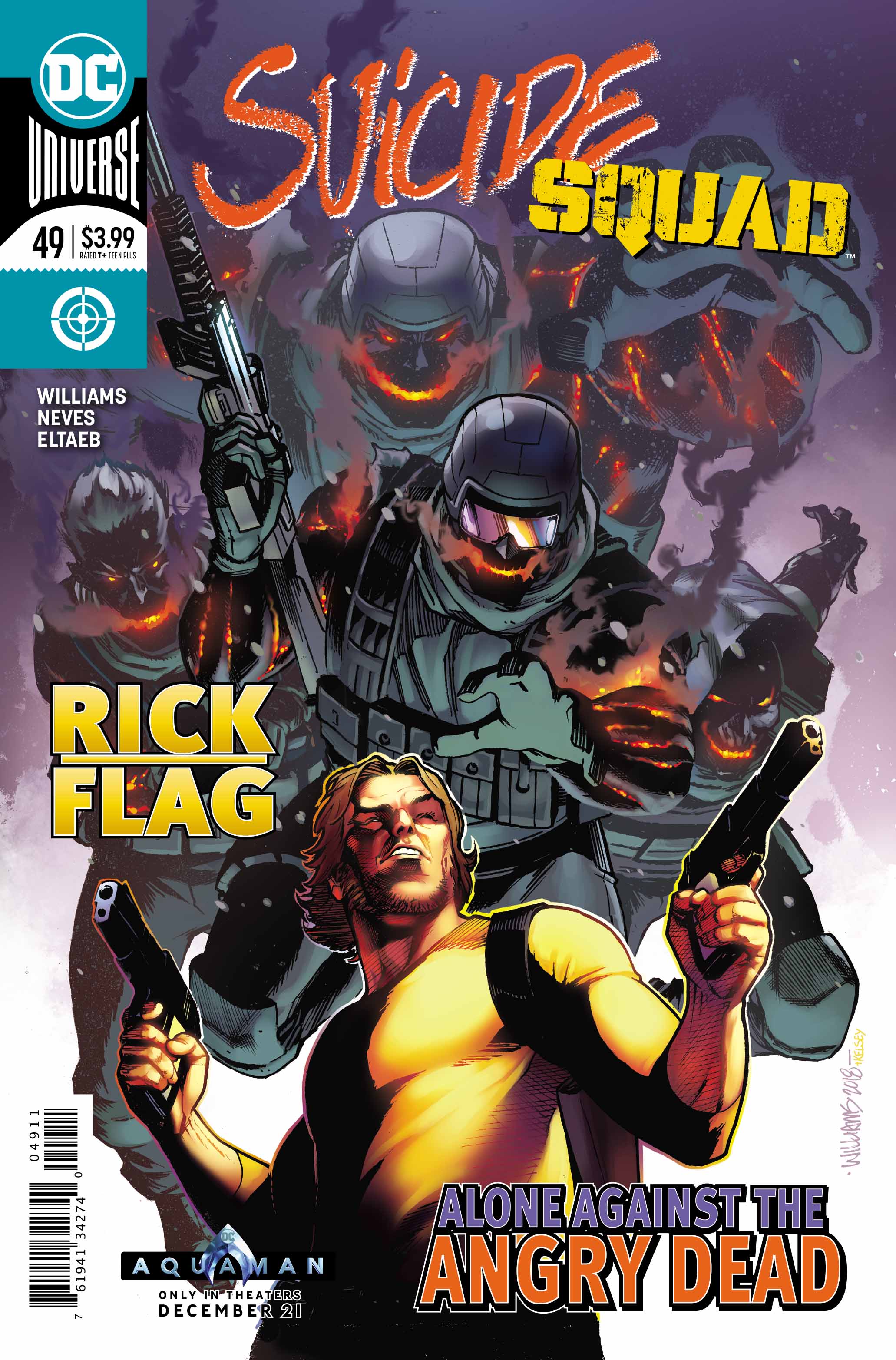 Writer: Rob Williams
Artists: Diogenes Neves & Scott Hanna
Review by Philip Clark
We left issue #48 of Suicide Squad with many questions that needed answering in this issue.
Who had kidnapped Amanda Waller and called out the Squad? Who is behind helping Waller and saving Harley Quinn? What will Flag do with the new information he’s been given? Why is this all happening at the facility where they found General Zod?
We also left on an incredible cliff hanger, with the fate of Amanda Waller’s life in the hands of Rick Flag. Flag was given some information in the last issue that got him wondering just how far Waller would go to get what she wants.
While the rest of the Squad are fighting off possessed demon soldiers, Flag is struggling with a decision on what to do with Waller. 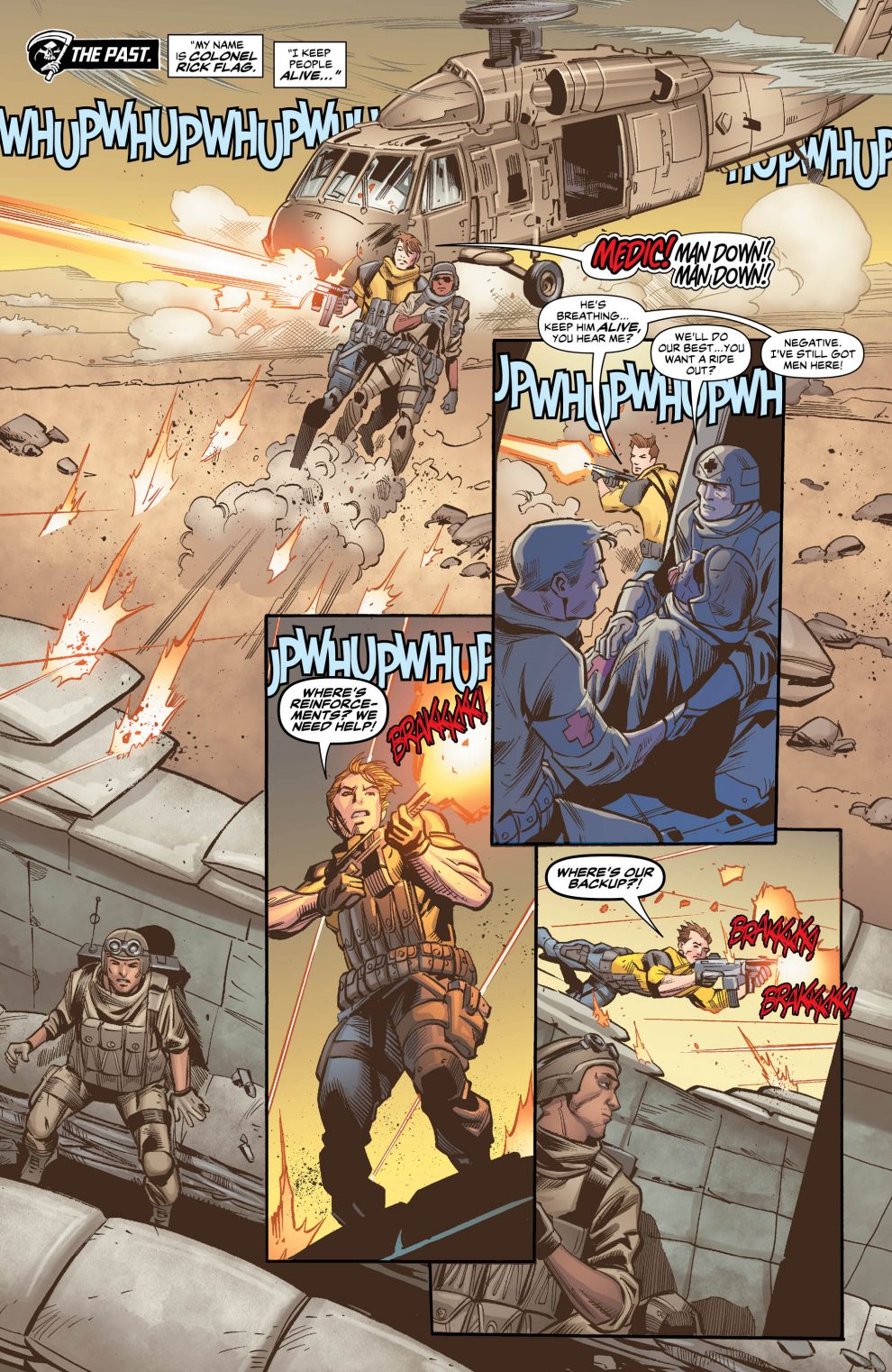 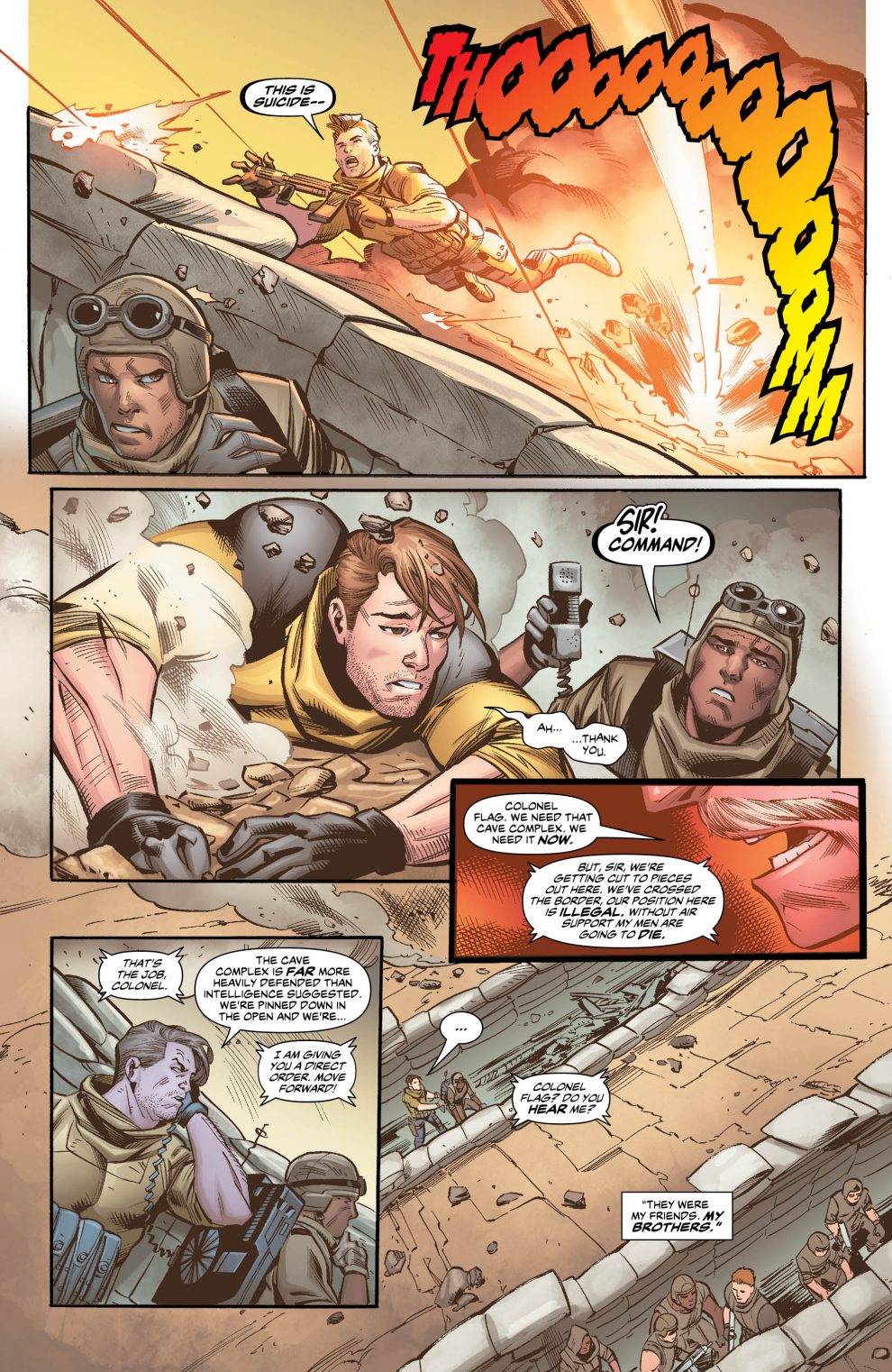 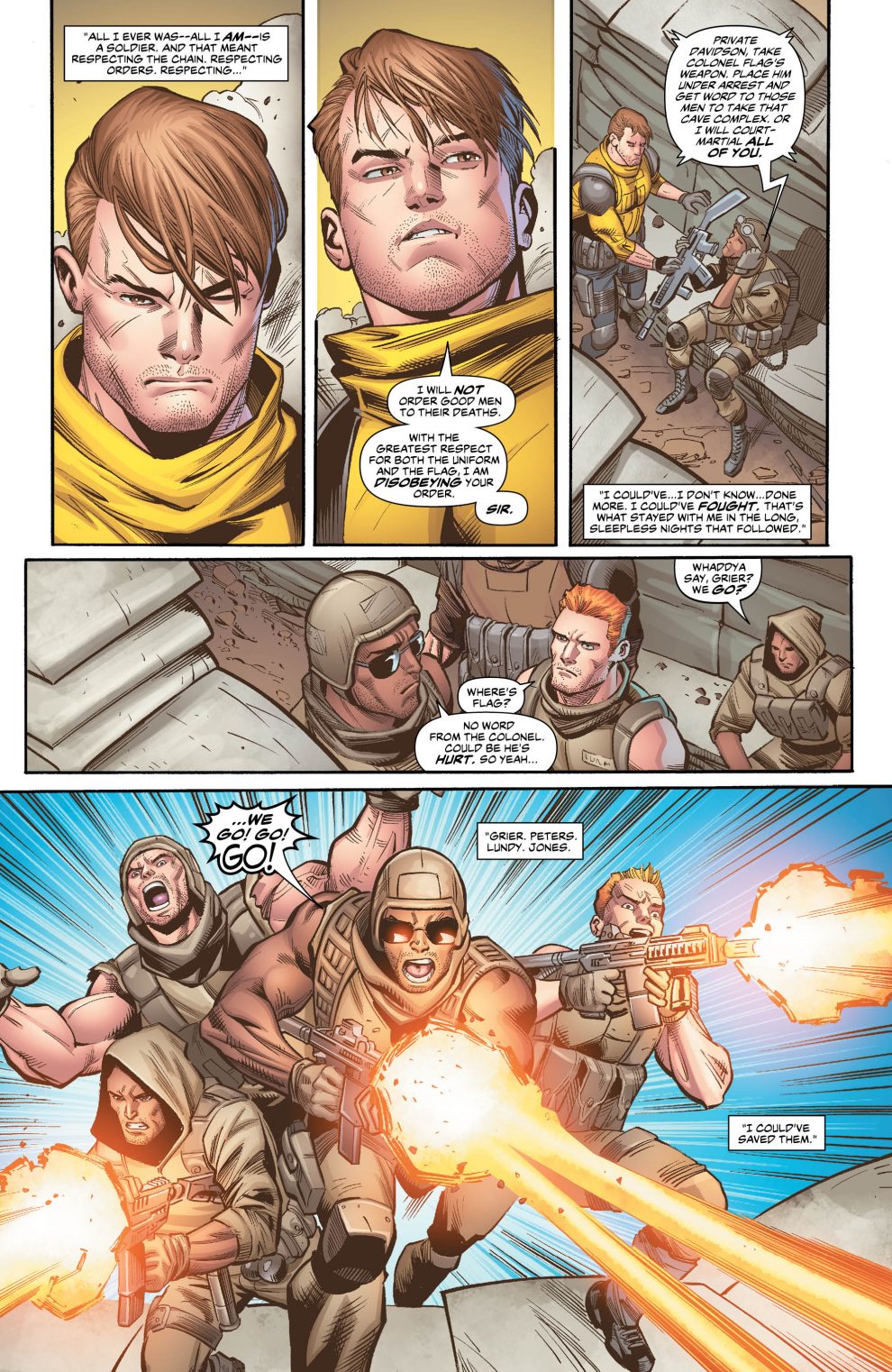 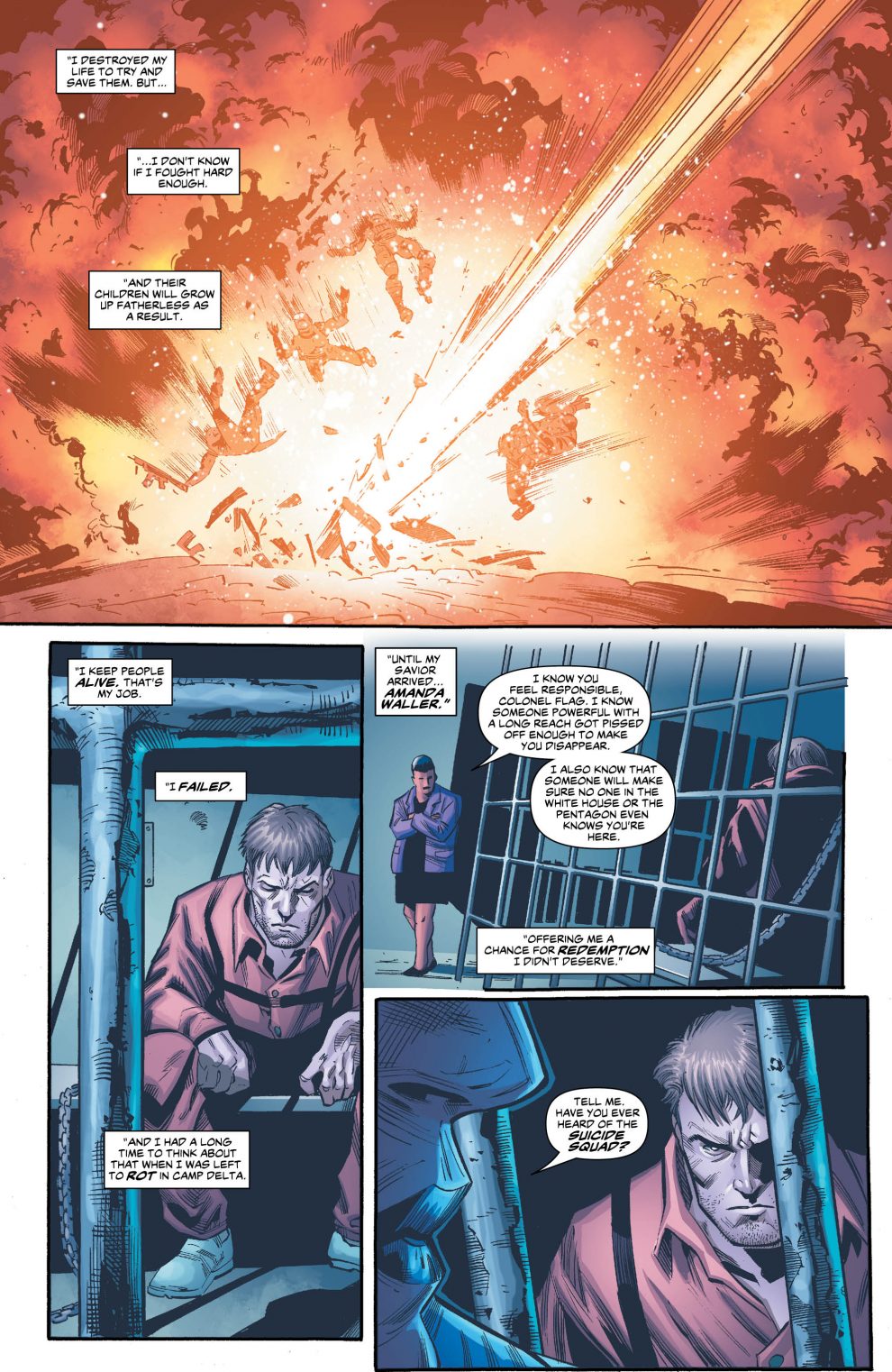 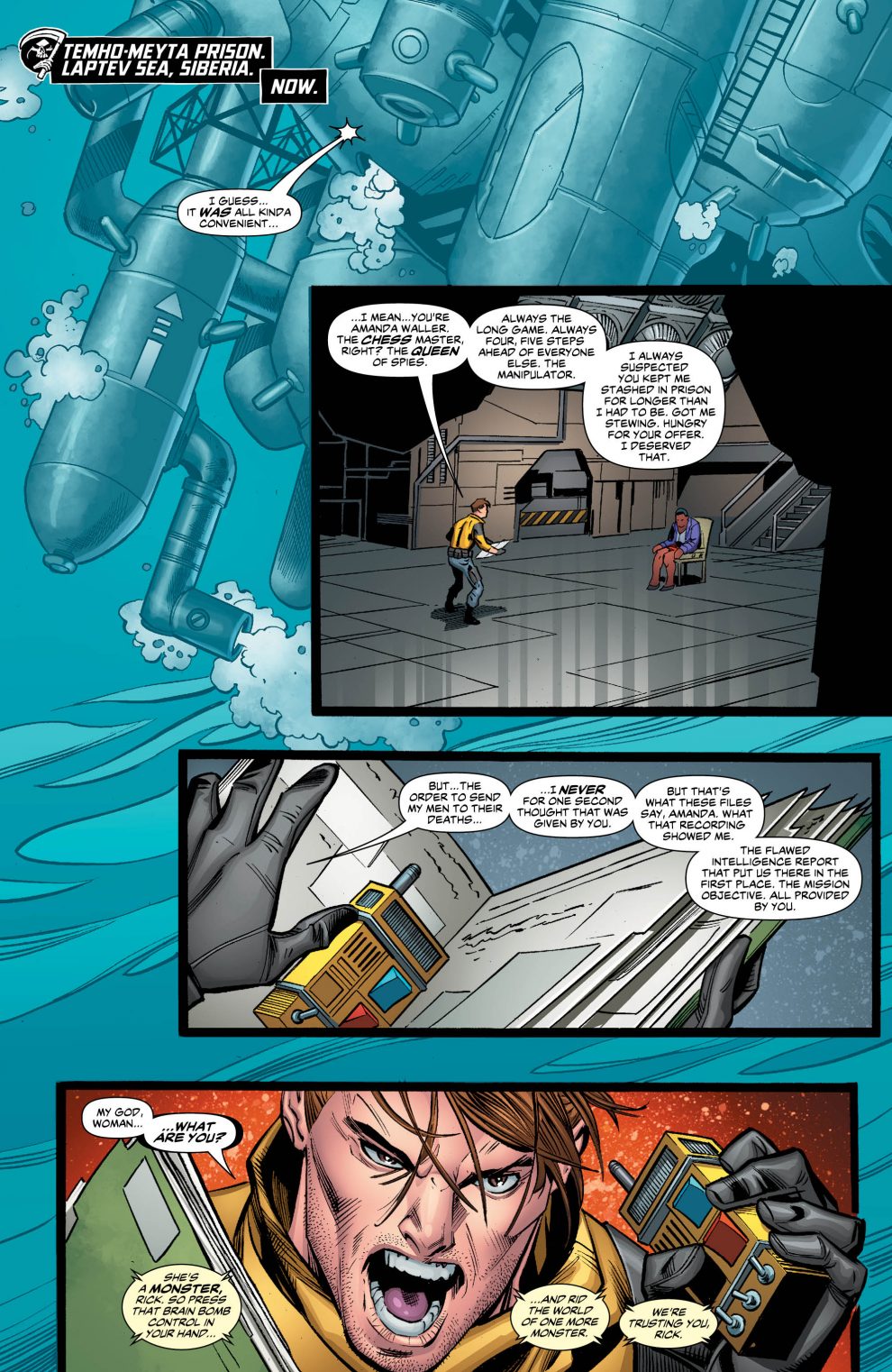 Even though some of the question from last issue are answered, even more are raised. Will Flag be able to trust Waller again? Will the squad make it out alive? Only one way to find out!
Once again, the only thing that is letting this issue down is the art style. The artwork matches well with the action scenes, and the design of the fiery soldiers is fantastic! But when it comes to the heart felt scenes, I feel that the facial expressions were lacking the emotion needed.

Plain and simple, I’m loving what Rob Williams is doing on Suicide Squad. The story that he weaves within the pages of a comic is nothing short of genius. Giving a squad of misfits and criminals difficult, morally decisive options is just a brilliant idea. Do they save each other and hopefully make it out to live another day? Or do they stay true to their selves and save their own skin, leaving others to fend for themselves?
That’s just one of the character developments that Williams brings to the comic. Over the last few issues of Suicide Squad the writer has given a few characters some extra love; Waller, when Hack came back for revenge. Deadshot got his own mini run with Batman, Captain Boomerang even got an issue dedicated to himself. It’s good to see Flag in a story about his past.
Overall, a great issue.