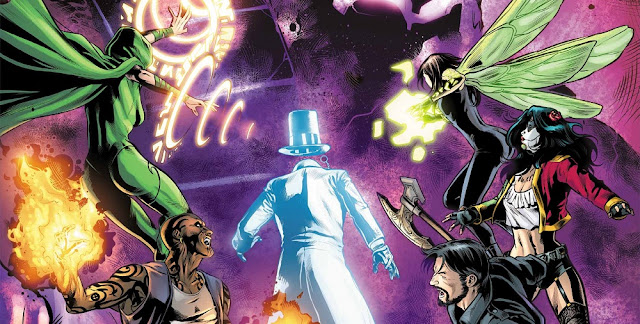 “Fugitive From Myself”  and  “Rota Fortuna” – Part Five 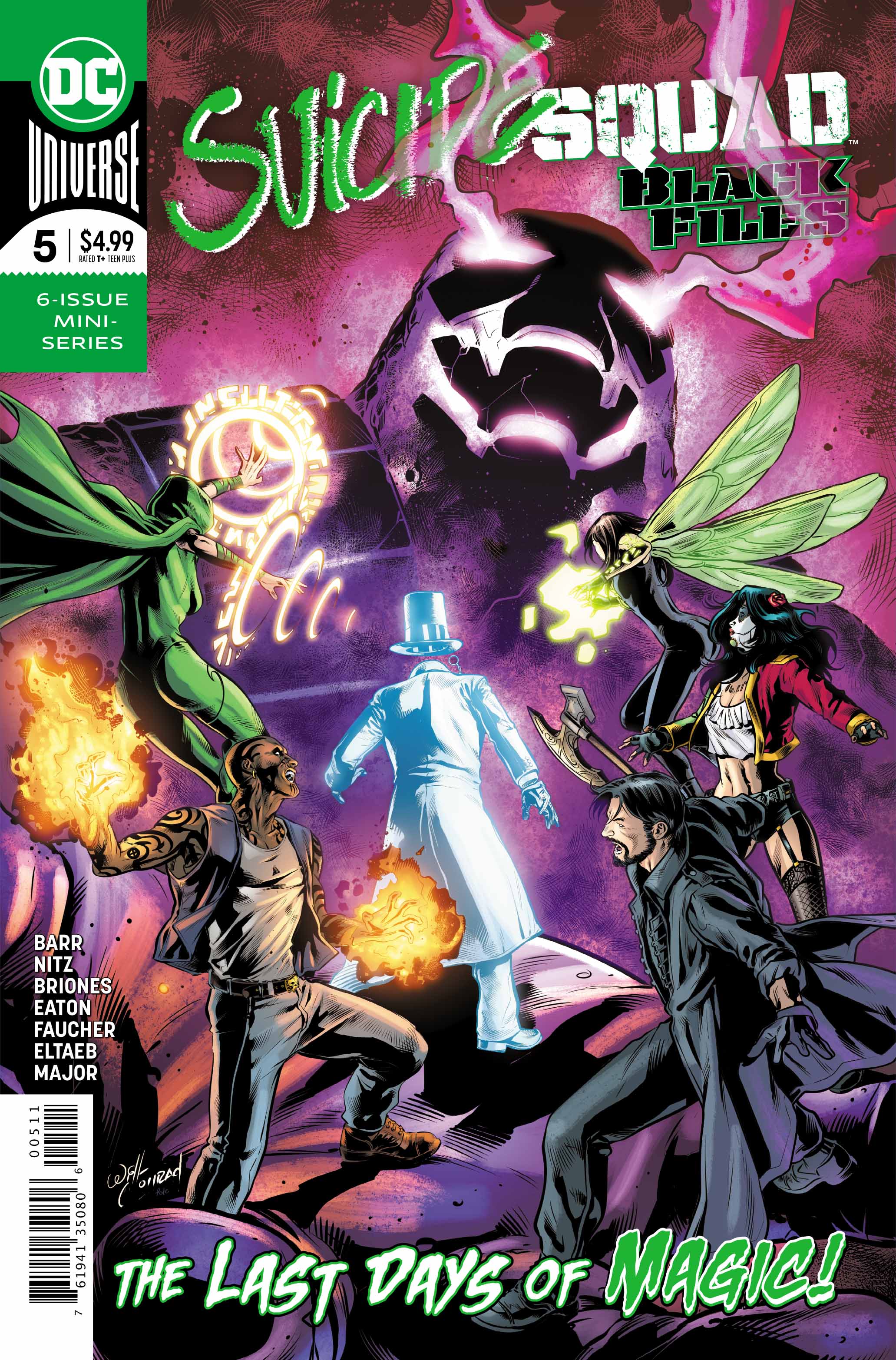 So here it is, the penultimate issue in Suicide Squad: Black Files’ first run. At this stage we have become familiar with the team and it almost feels like they’ve always been around.

We start off with what I felt was a bit of a repetitive story. We see another fight scene with Killer Croc that ends pretty much exactly the same as the last one did. The continued struggles of Katana adapting to her new body are starting to feel a little tired to me. It’s pretty much a more fleshed out version of last issue’s scenes, at least at the start. We do finally see Halo realise that something isn’t right, as she finally meets the Suicide Squad. Her interaction with them is an interesting one, as they seem to accept the situation a little too easily for me, and it feels a little odd to see the squad so trusting?
All in all, it starts a bit similar, but at least finishes with enough to excite you for the next issue. 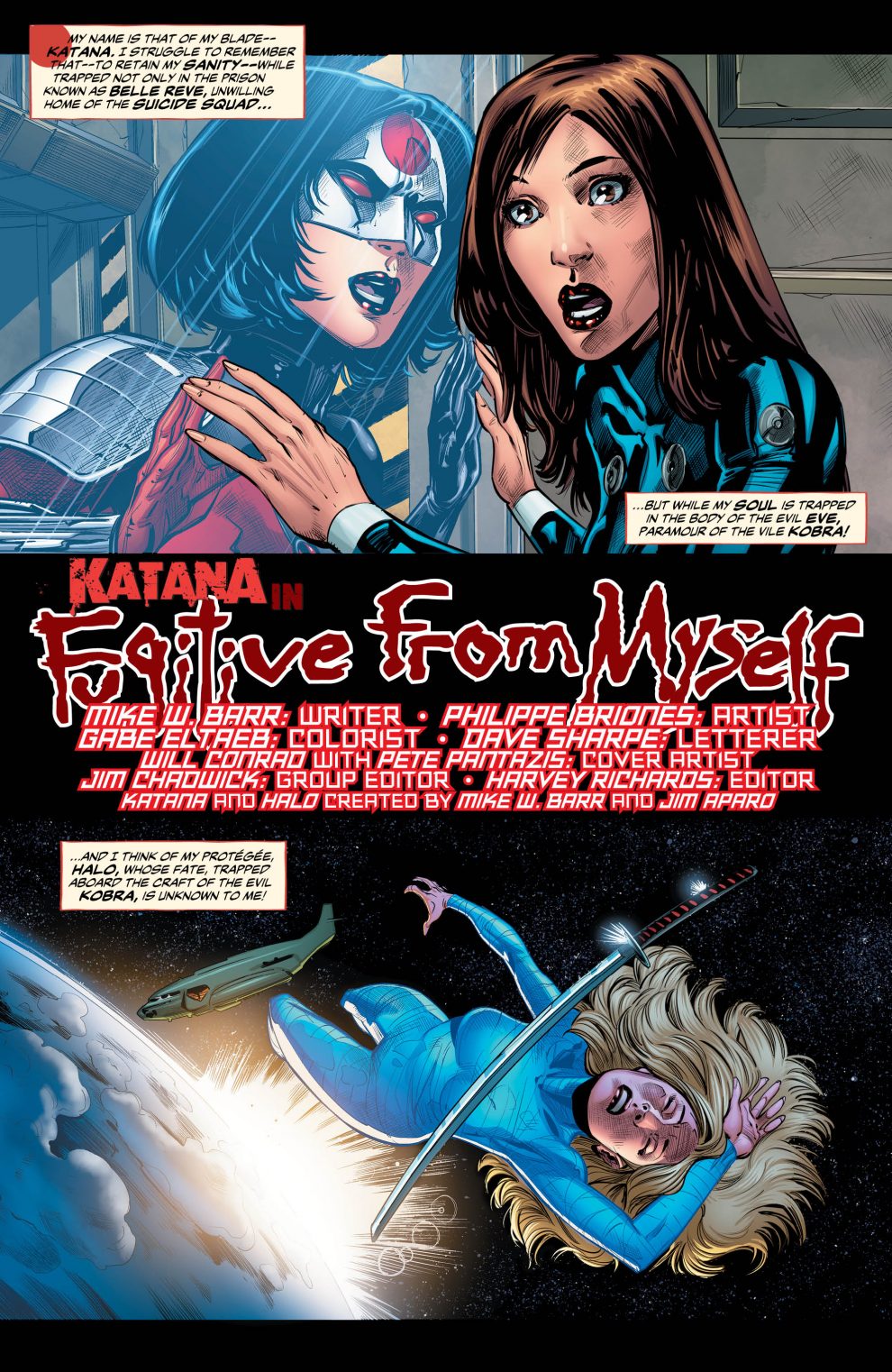 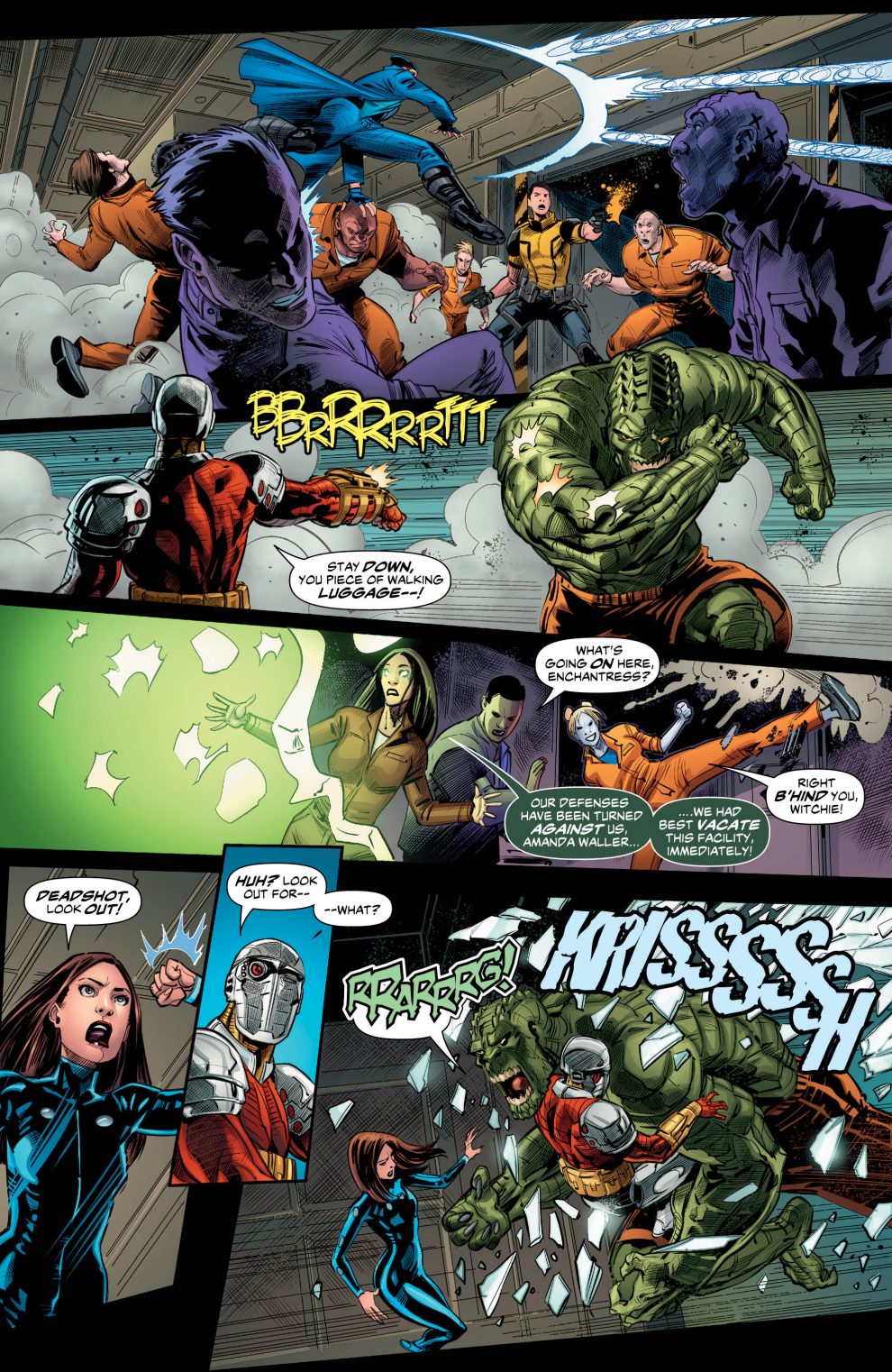 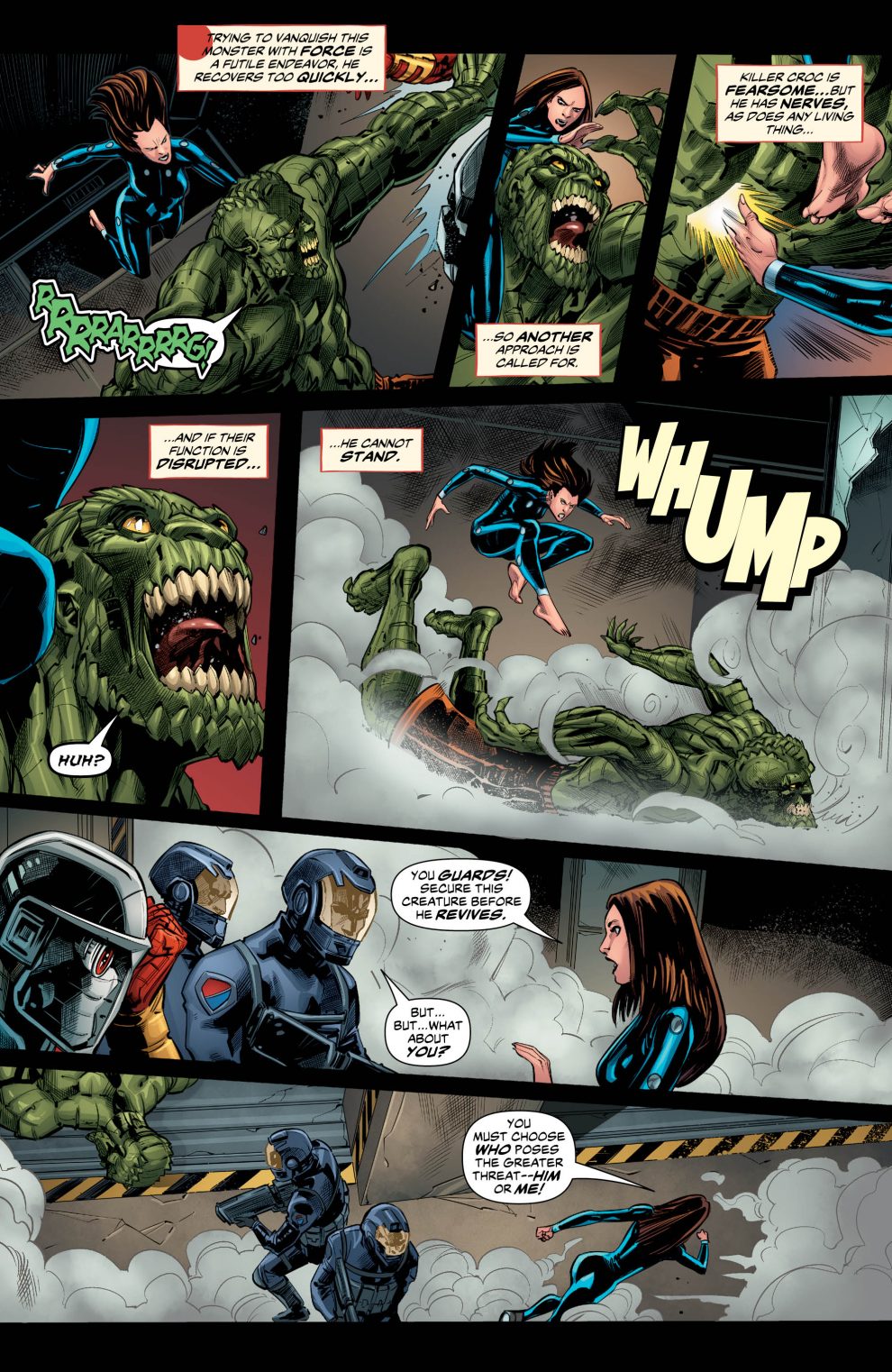 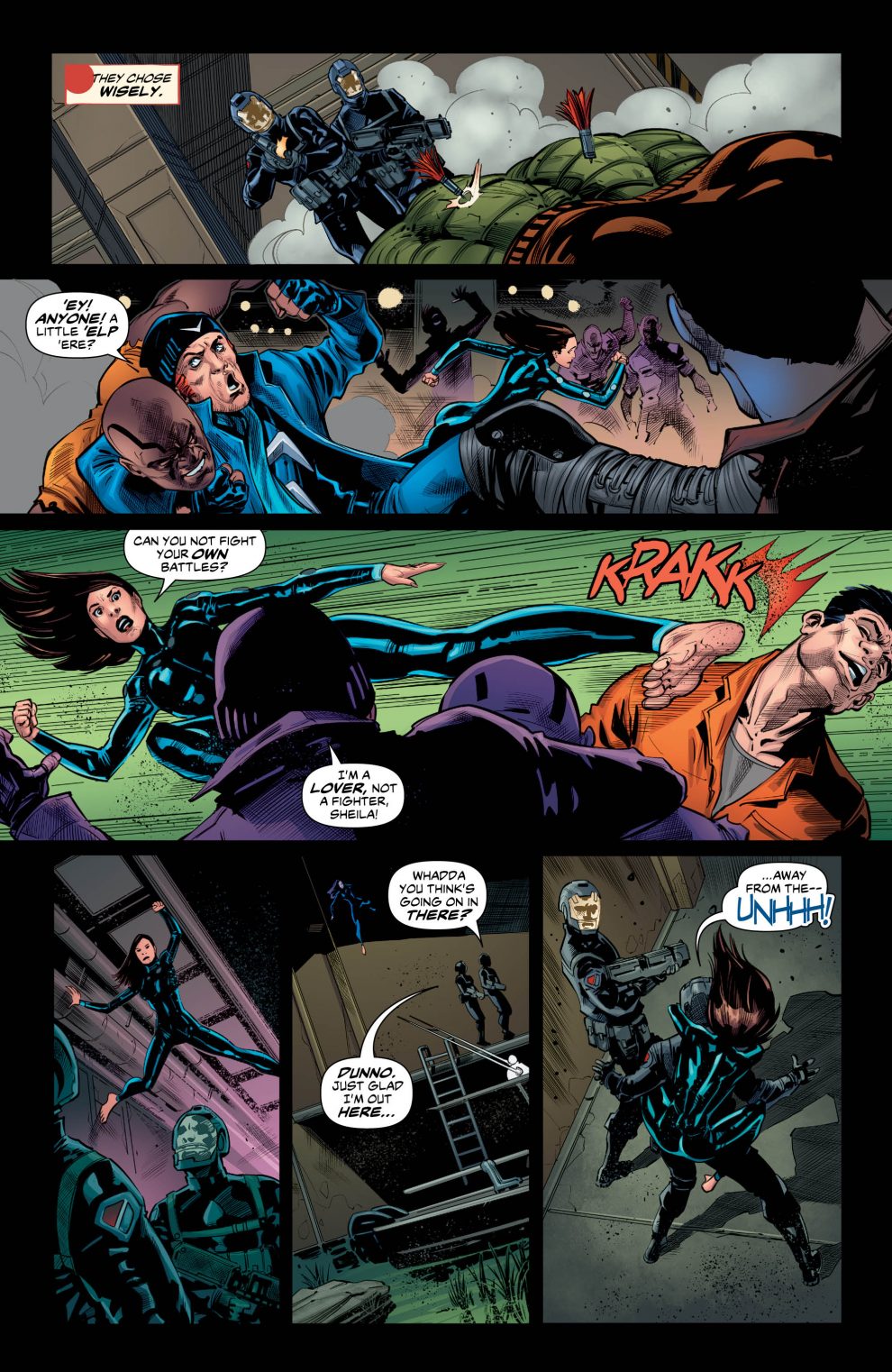 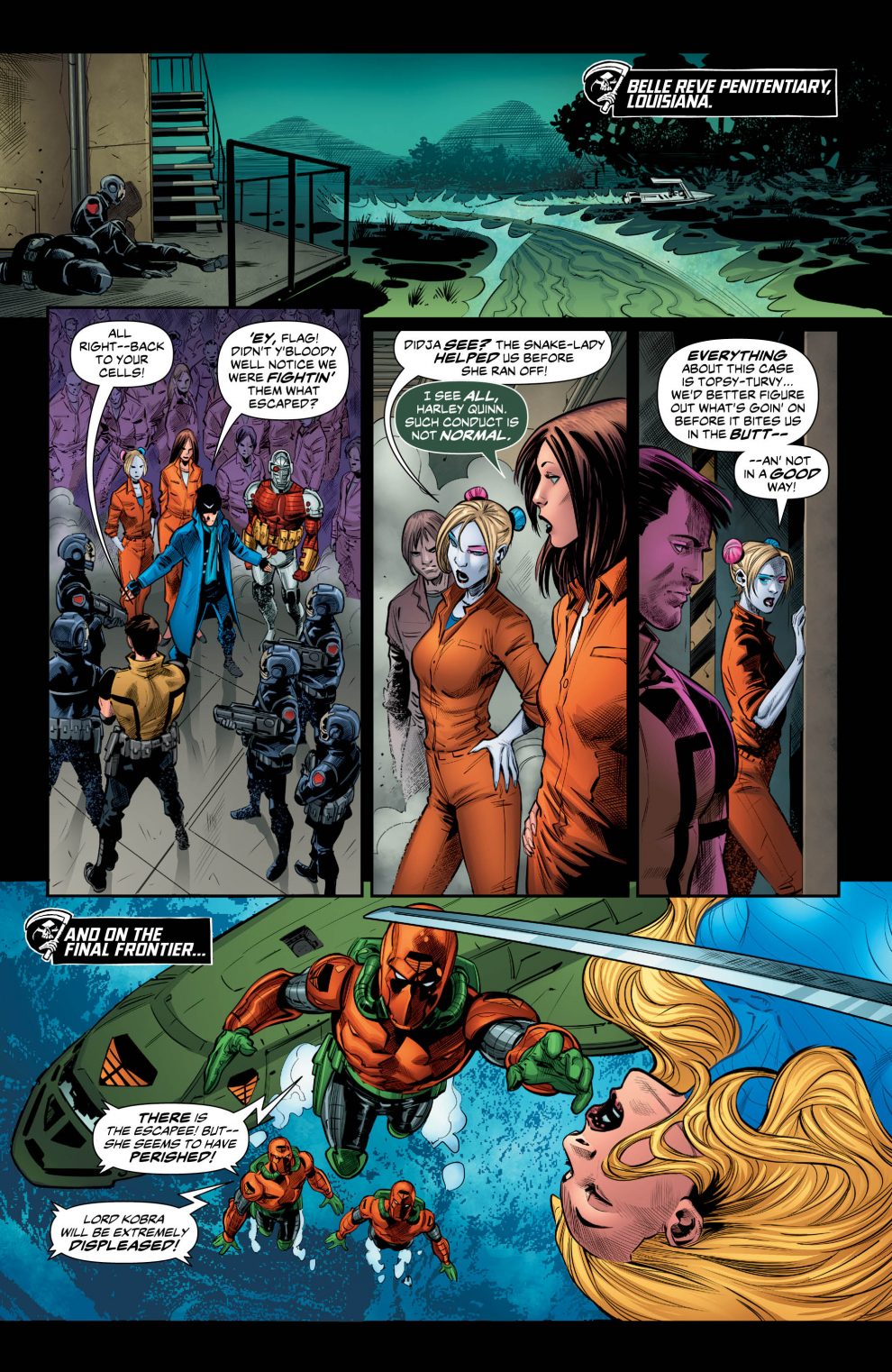 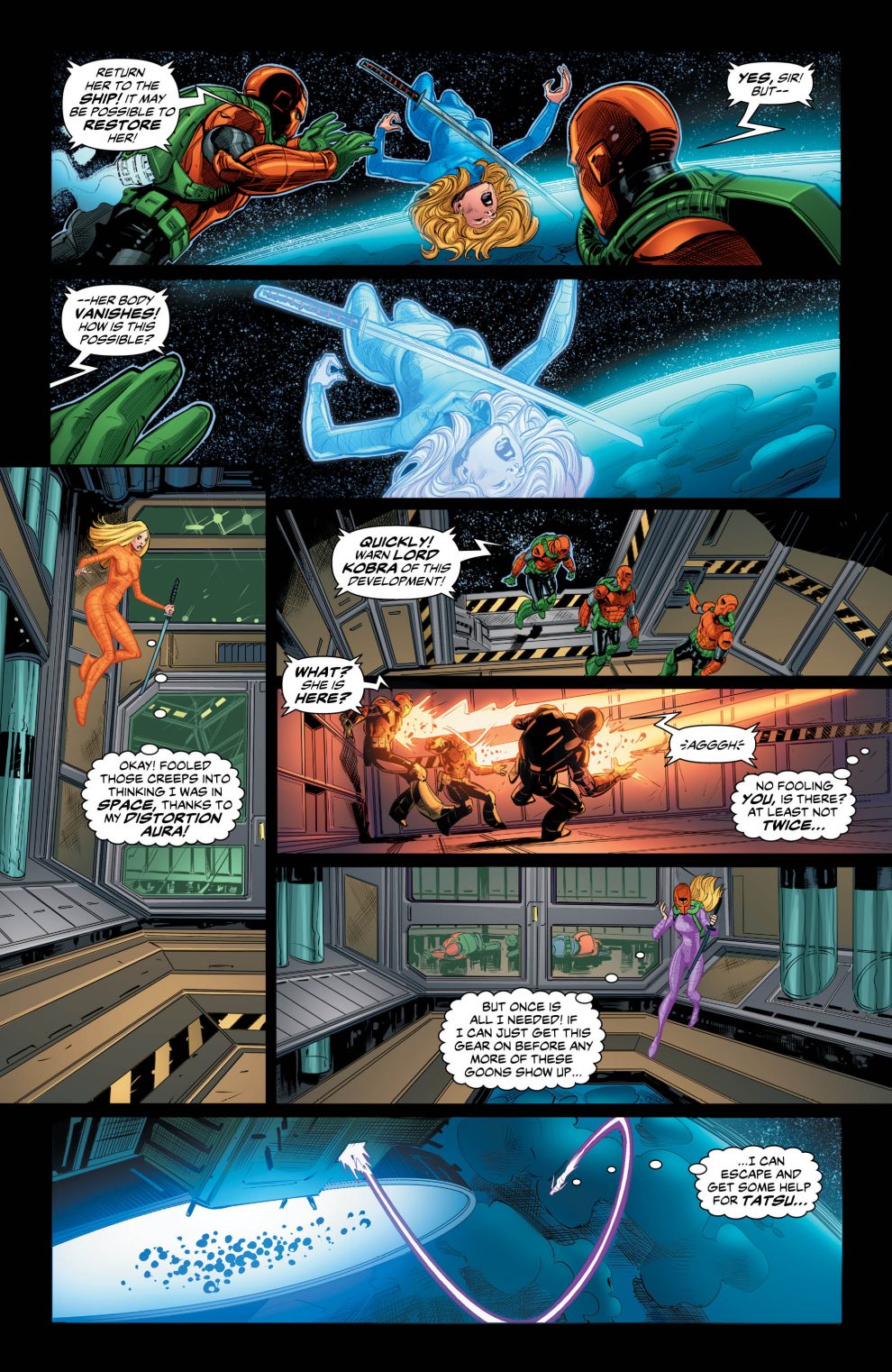 The Black Squad story-line just continues to improve, as there’re a huge amount of characters involved. Yet, they all get the attention needed to keep the story moving forward. I’ve grown to love this group and in this issue they really show that they deserve to be recognised as a serious squad. There’s a brilliant little nod to Swamp Thing and Poison Ivy in there that will delight fans of the characters.
The meeting of both the main Squad and Black Squad is nothing short of brilliant. It’s bizarre to see two groups of this nature on the same page, but I feel it brings a fresh new vibe to the big team battles we are all used too.

Overall the art in both stories is brilliant and highlights the action scenes excellently. The visuals been consistent throughout the run so far, but unfortunately that’s where it ends, as the stories have been very inconsistent. Jai Nitz is killing it with Suicide Squad Black and I hope that we will see more of the team after the last issue next month. Mike W. Barr’s run has been excellent and I’ve enjoyed the story of Eve and Katana switching, but I feel like its just dragging on a bit.
The other thing that bugged me is that Killer Croc is in full on berserk mode in the Katana run, but is kindly asking his squad members for help in the other story. It’s too different a take to be in a shared issue and just highlights the differences more to me. I’m looking forward to the last issue, as I cant wait to see the finale of both arcs. I just hope that they both get to finish on a high note.