Review: Adventures Of The Super Sons #10 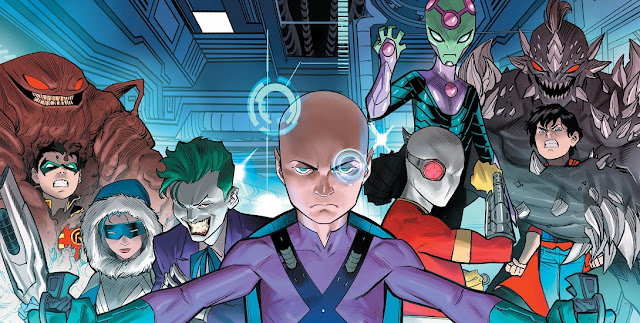 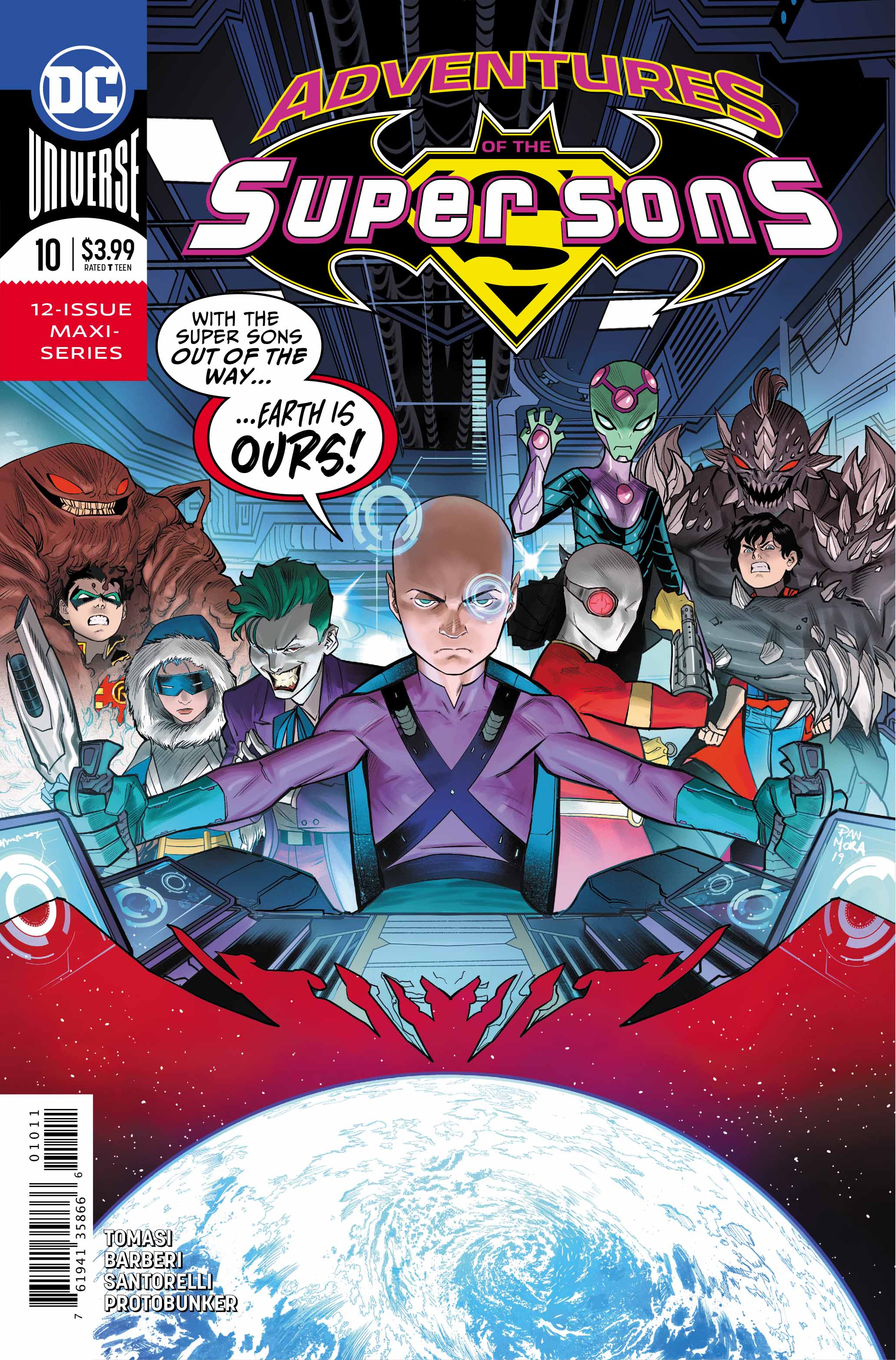 Writer: Peter J. Tomasi
Artists: Carlos Barberi and Matt Santorelli
Color Artist: Protobunker
Letterer: Rob Leigh
Review by Adam Ray
This issue is the kind of roaring fun rollercoaster that we’ve come to love and expect from this title. At all points in the issue we get the daring, campy antics of two boys saving the universe from overwhelming threats. It’s easy to feel a little overwhelmed by how in your face the bombastic action is described. It’s punchy and dramatic from the very beginning, right down to the vision of an aged Jon and Damian telling us the story like a legend. Tomasi is really showing the classics some respect, by painting us a grand portrait of the epic history of the Super Sons. 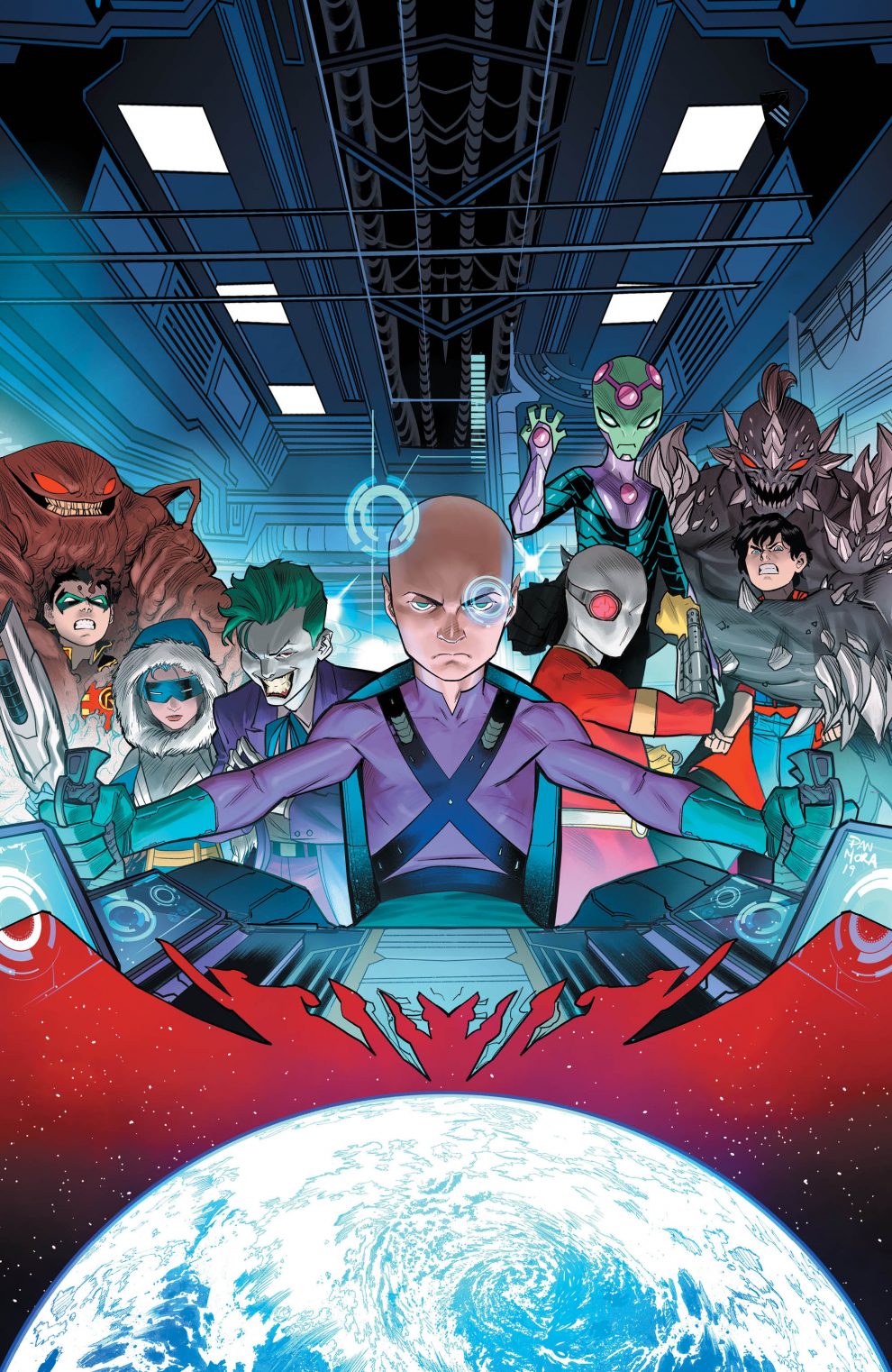 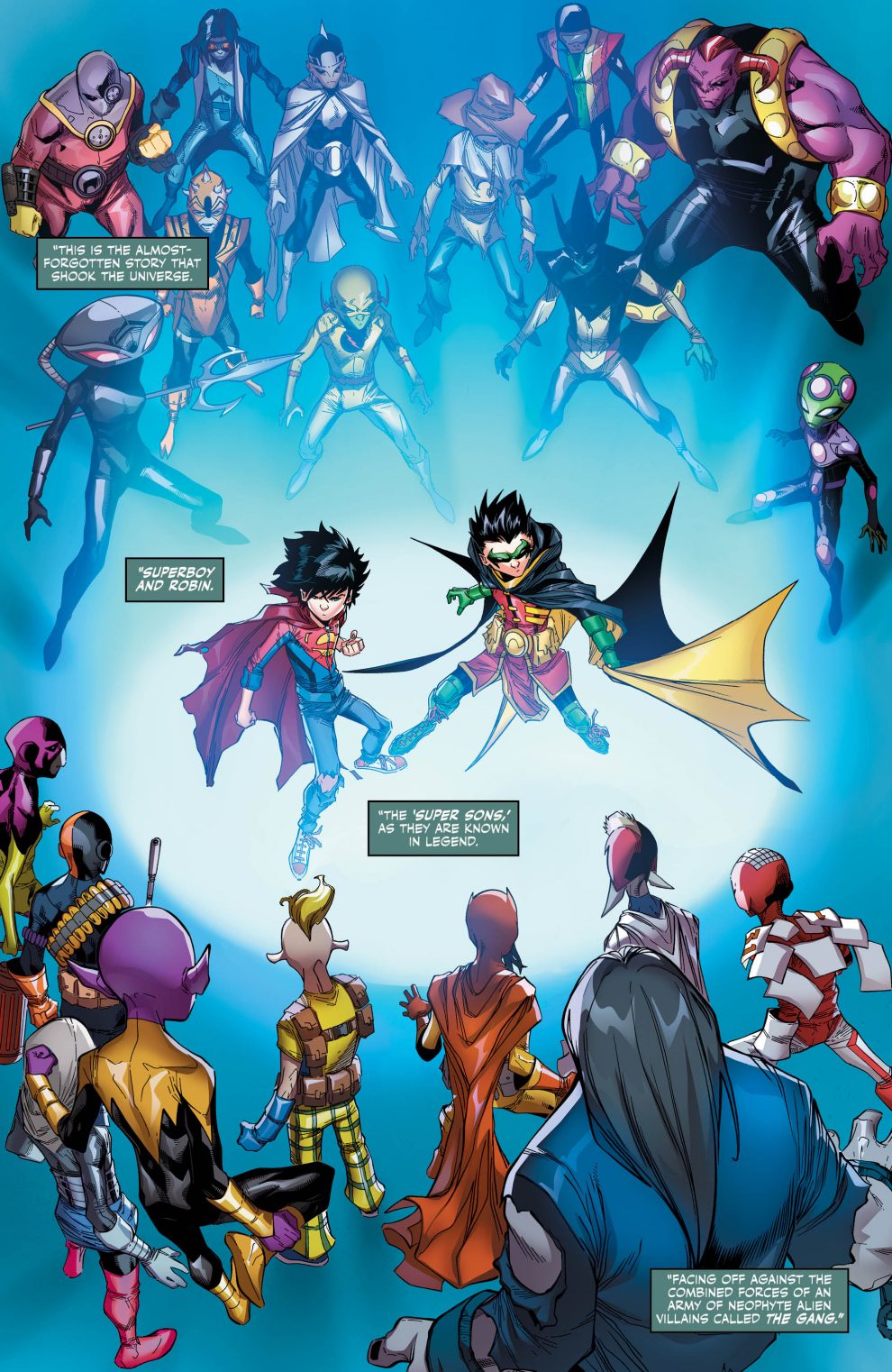 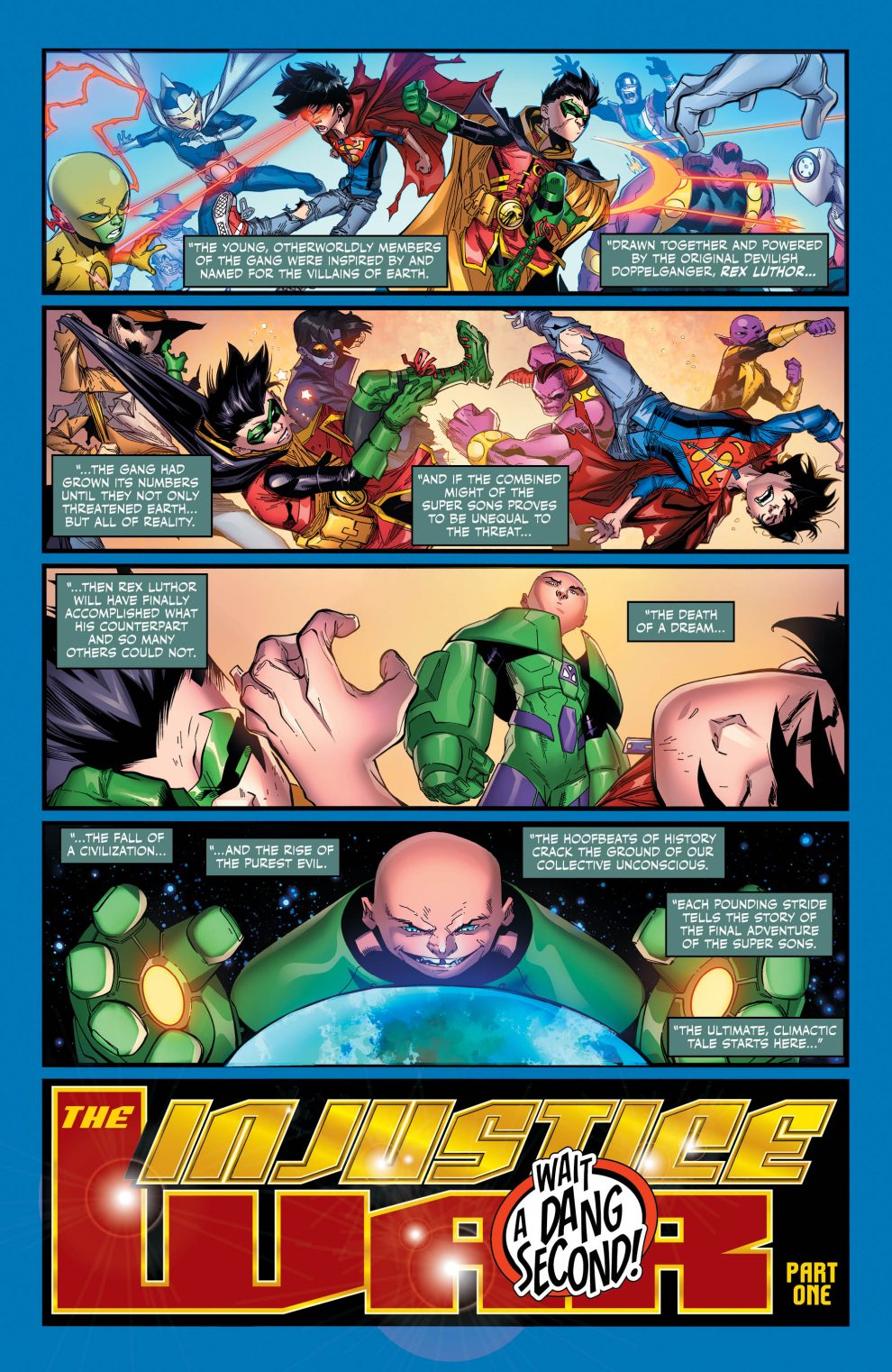 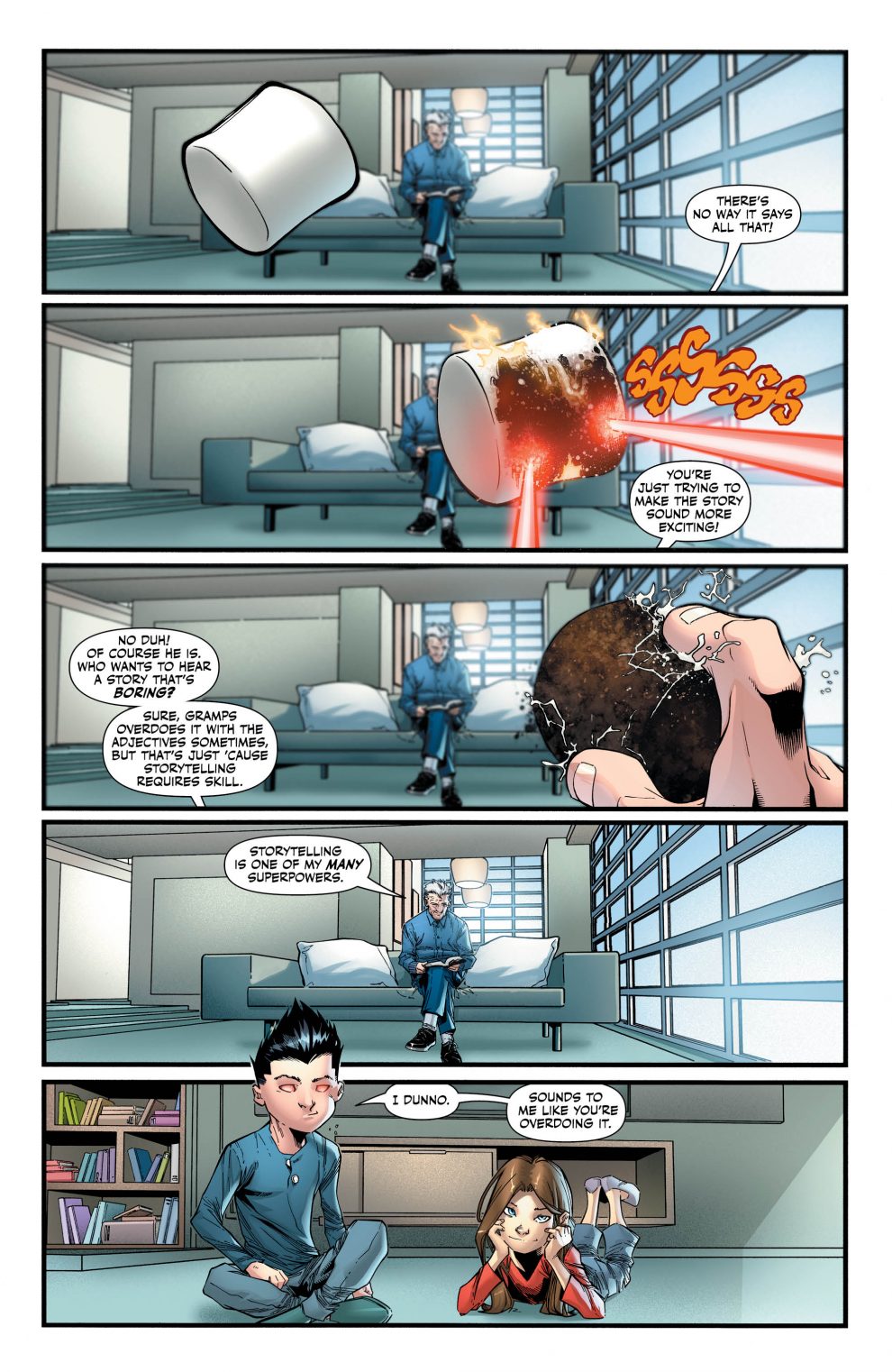 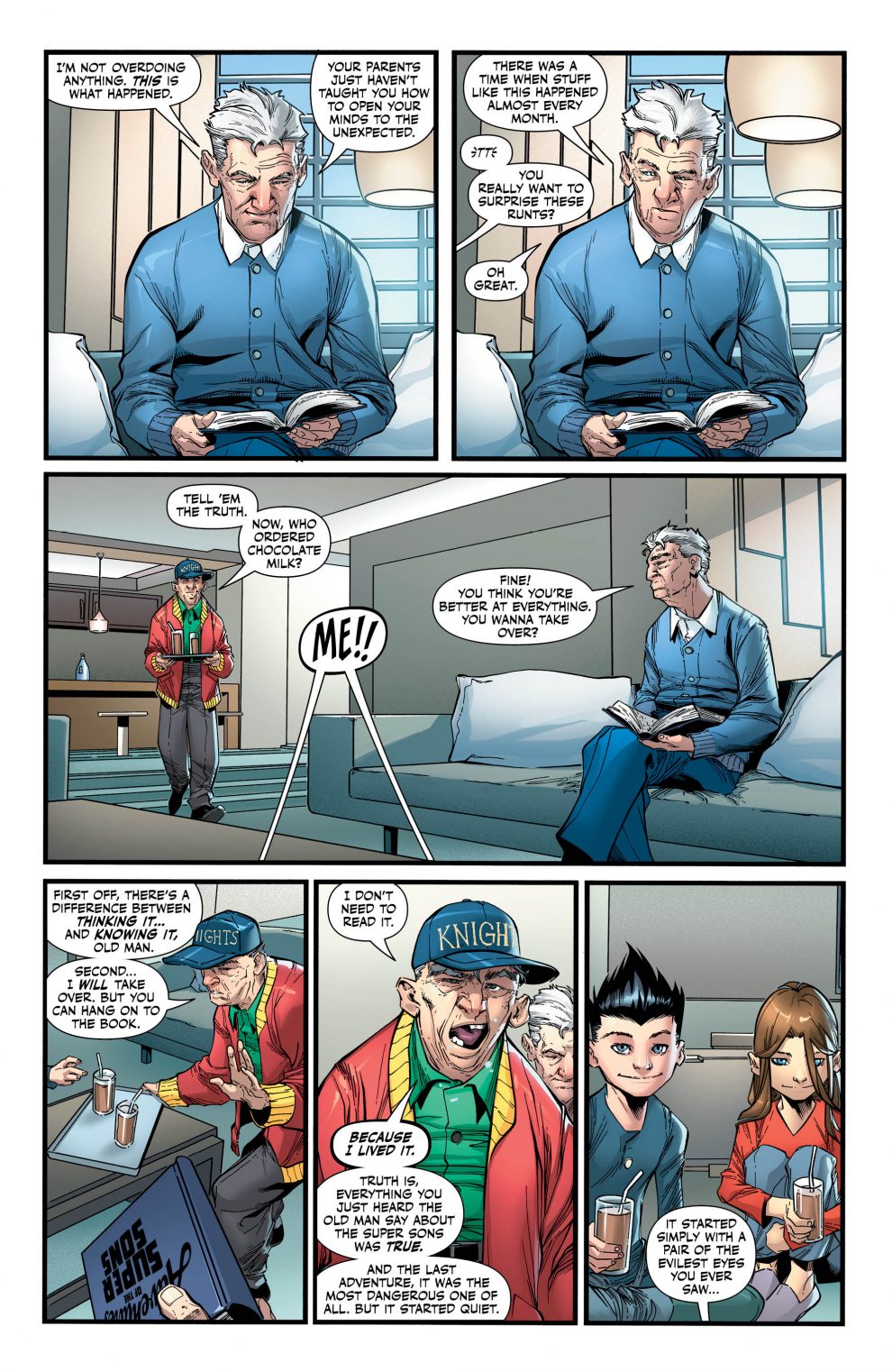 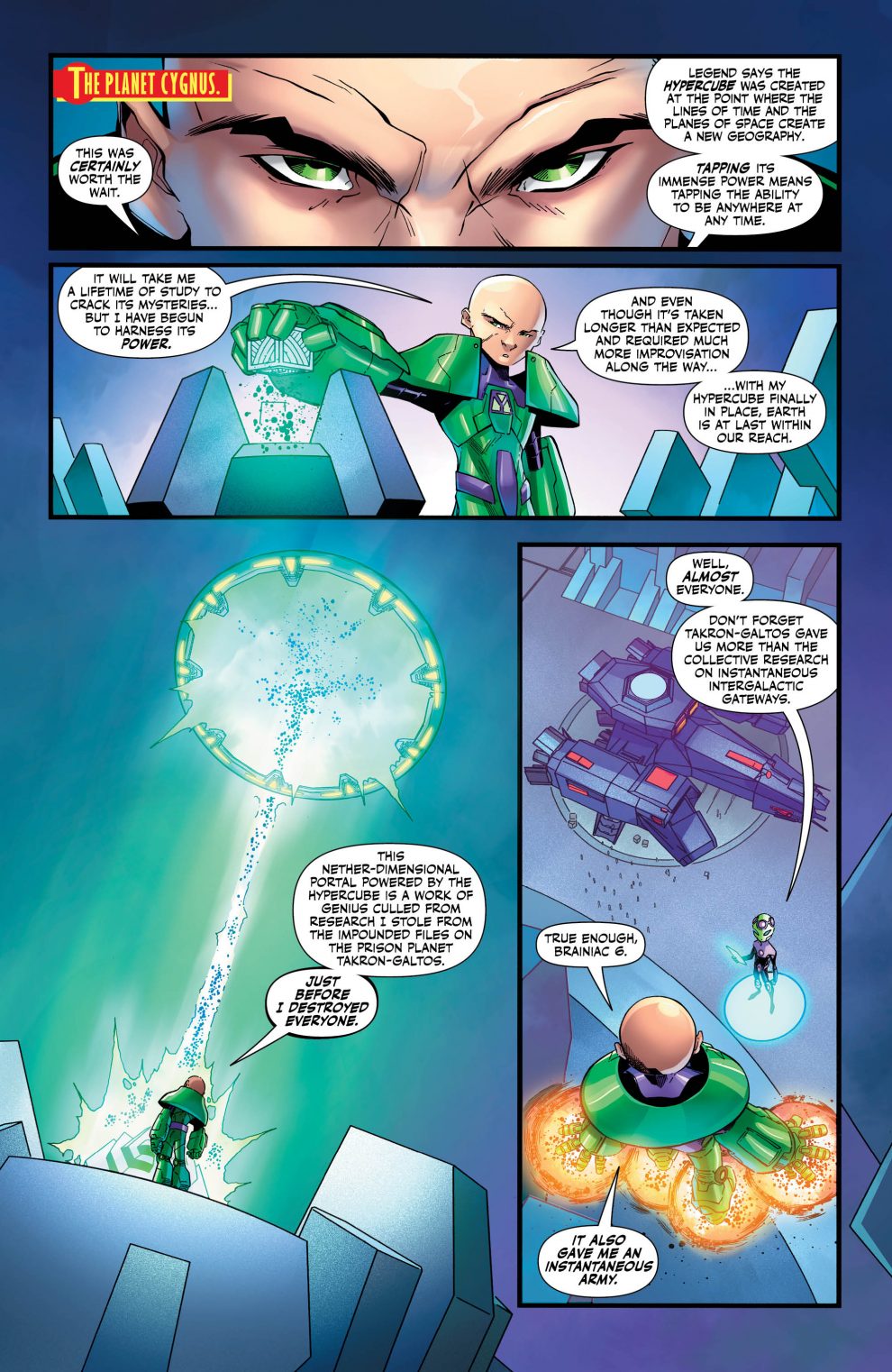 The cosmic gravity of these villains can’t be ignored and Robin and Superboy are right to be fighting this gang war. The power of the cosmic cube is something that really cannot be ignored. As much as it bothers me that Little Luthor’s plans haven’t been quite as developed, I don’t mind, since we get roaring action that draws us in and keeps us on a high.

It’s easy to get swept up by the dark nature of the mainstream issues. Deep, edgy villains and situations are great, but it’s a matter of asking who the comic is for. Some readers would find this series a little too cute, while others wouldn’t be able to handle dark characters like Deathstroke or The Joker. Anyone who is disappointed by simplicity is simply just missing the joy.
I’d lay Protobunker’s bright colors and the dynamic movement of Barberi’s characters in the hands of any youngster taking their first plunge into comics. I don’t think there’s anything more fun. With the surprise return of unexpected faces, how could anyone not be excited by the Super Sons?