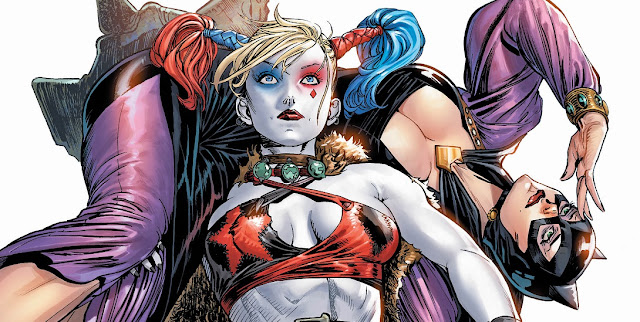 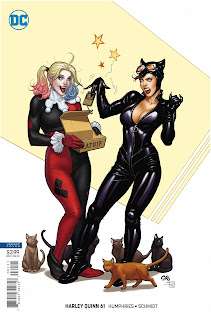 Writer: Sam Humphries
Artist: Otto Schmidt
Letterer: Dave Sharpe
Review by Philip Clark
Grab your wizard hats and chain-mail armour, we’re going on an adventure! This issue of Harley Quinn takes a trip on the weird side. Which is saying something for this title.
"The Trials Of Harley Quinn: Role Players (Part One)" is a strong continuation of the story so far. Joined by her good friends, Catwoman and Tina of Apokolips, Harley starts up a role-playing tabletop game that she got off a random weird old lady.

Now, that's not suspicious at all! 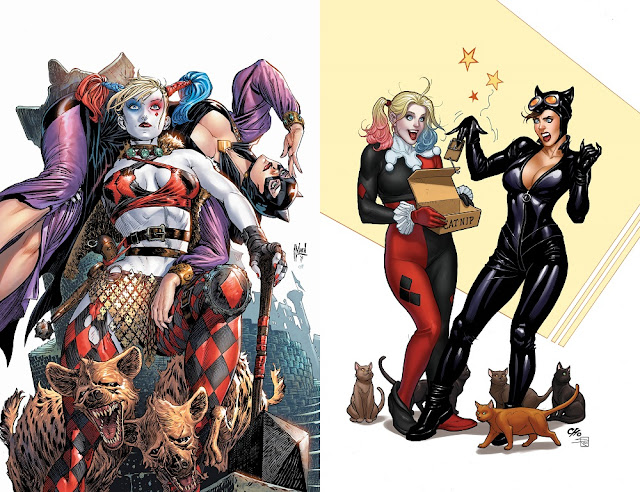 As a tabletop game and role-playing nerd, I loved this issue of Harley Quinn. The whole idea of getting a group of superheroes around a table to play a fantasy game is brilliant! Especially when fantasy becomes reality.
Things get real wild, real quick as Harley is transported to an alternate, medieval Gotham City. The picturesque stylings of the first few pages of the issue are a stark contrast to the rest of the comic. The way the art style sets the tone for the story is fantastic. Not only is the artwork spectacular, but the writing is the best I’ve read for a long time. There is a particular panel in which Harley is talking to Hugo Strange which contains my favourite Harley line, ever. 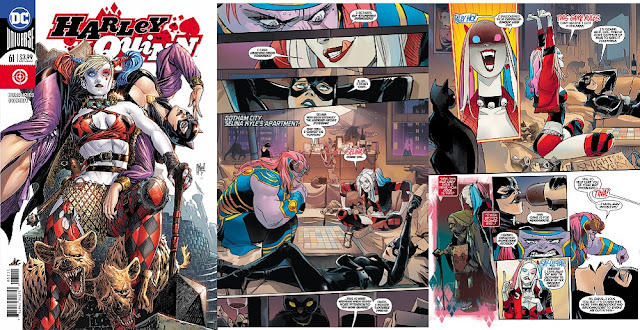 Honestly, I think this is the most perfect issue of Harley Quinn I’ve ever had the pleasure of reading.
I can’t think of anything negative to say about this issue. We’re getting more Tina, which I have been clamouring for for ages. Thank you Sam Humphries and DC for listening! 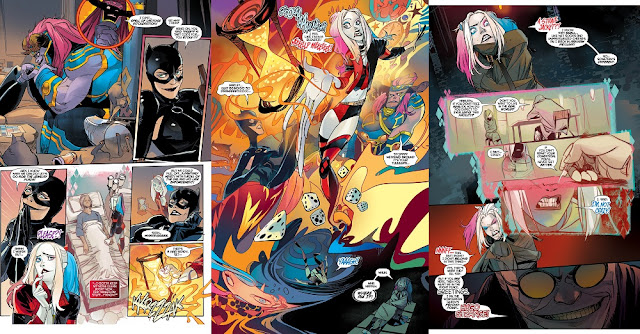 I’ve said it before and I’ll say it again, Sam Humphries was born to write Harley Quinn. He’s done a wonderful job on this comic consistently since he took over. This issue is fantastic from start to finish. The artwork is gorgeous and the writing is sublime.
It’s simply perfect.