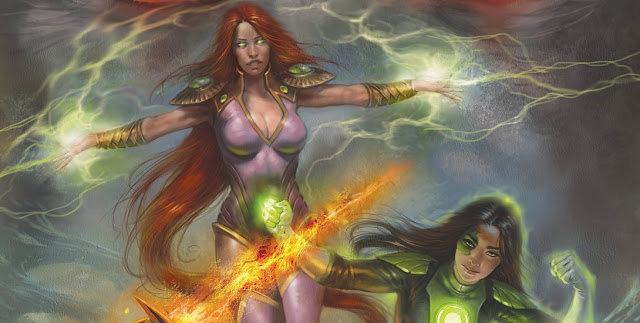 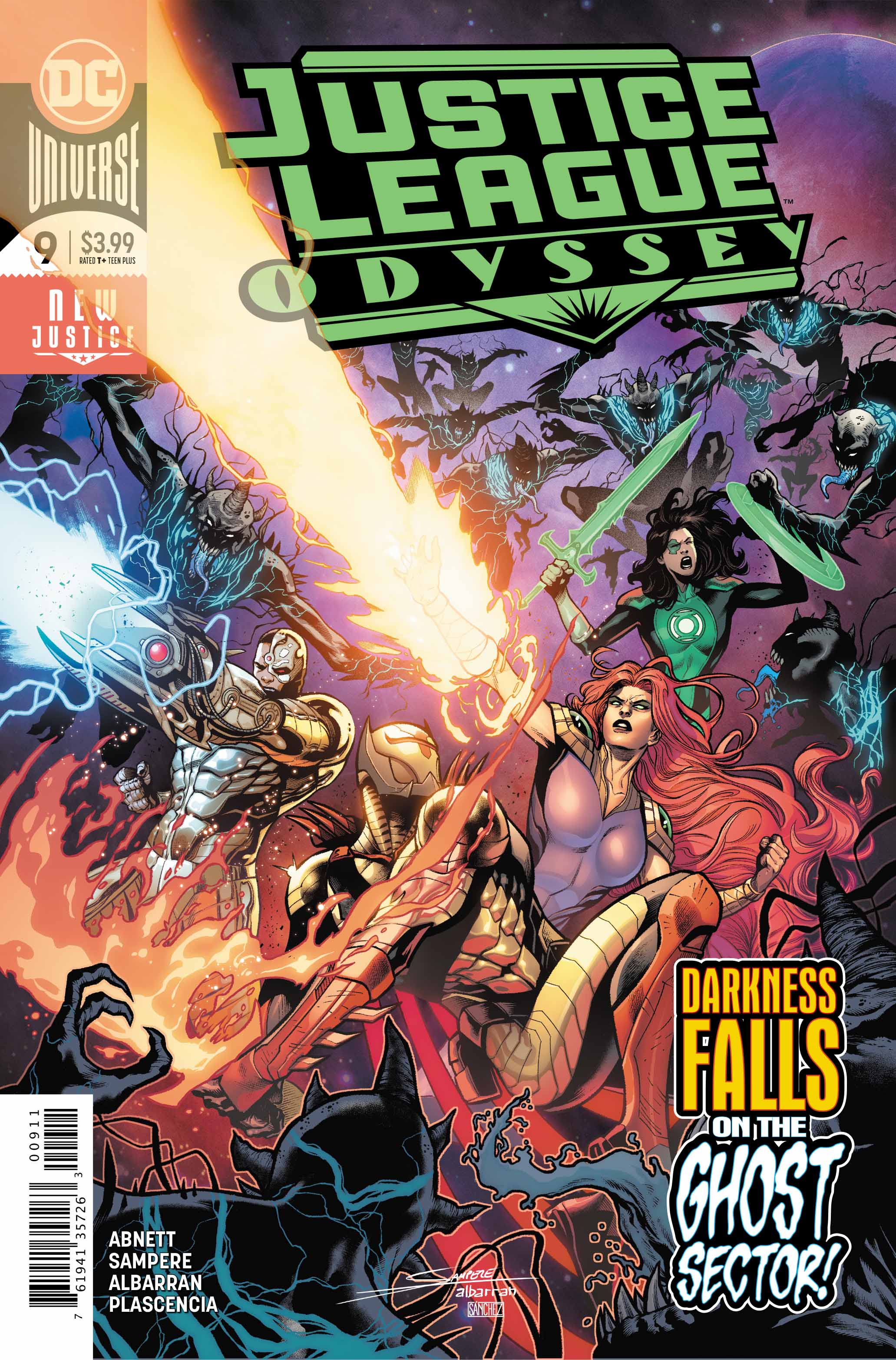 Writer: Dan Abnett
Artists: Daniel Sampere and Juan Albarran
Color Artist: Ivan Plascencia
Letterer: Andworld Design
Review by Adam Ray
Justice League Odyssey #9 starts with an easing of dramatic tension, which is very unusual. Instead, most issues begin with a point of high tension, left over from the previous issue. It can be so easy for writers to punch us with a big action sequence and then pull it out from under us. When the next issue starts, we’re then gripped with the thrilling action that a team like the Justice League has a legacy for. It’s a very unique thing to see this convention ignored and the tension ebb away over the first few pages, as the dramatic finale from issue 8 is played out.
I really have to congratulate Daniel Sampere and Juan Albarran on the characters in this issue. The quality of the expressions these artists give their subjects are amongst some of the strongest I’ve seen. We feel the real emotional rollercoaster Jessica goes through in this issue painted on anguished, unhappy, determined faces. The pain and uncertainty on Blackfire’s face at the beginning speaks volumes about how this situation is going. Not everything is as it seems, here in deep space. 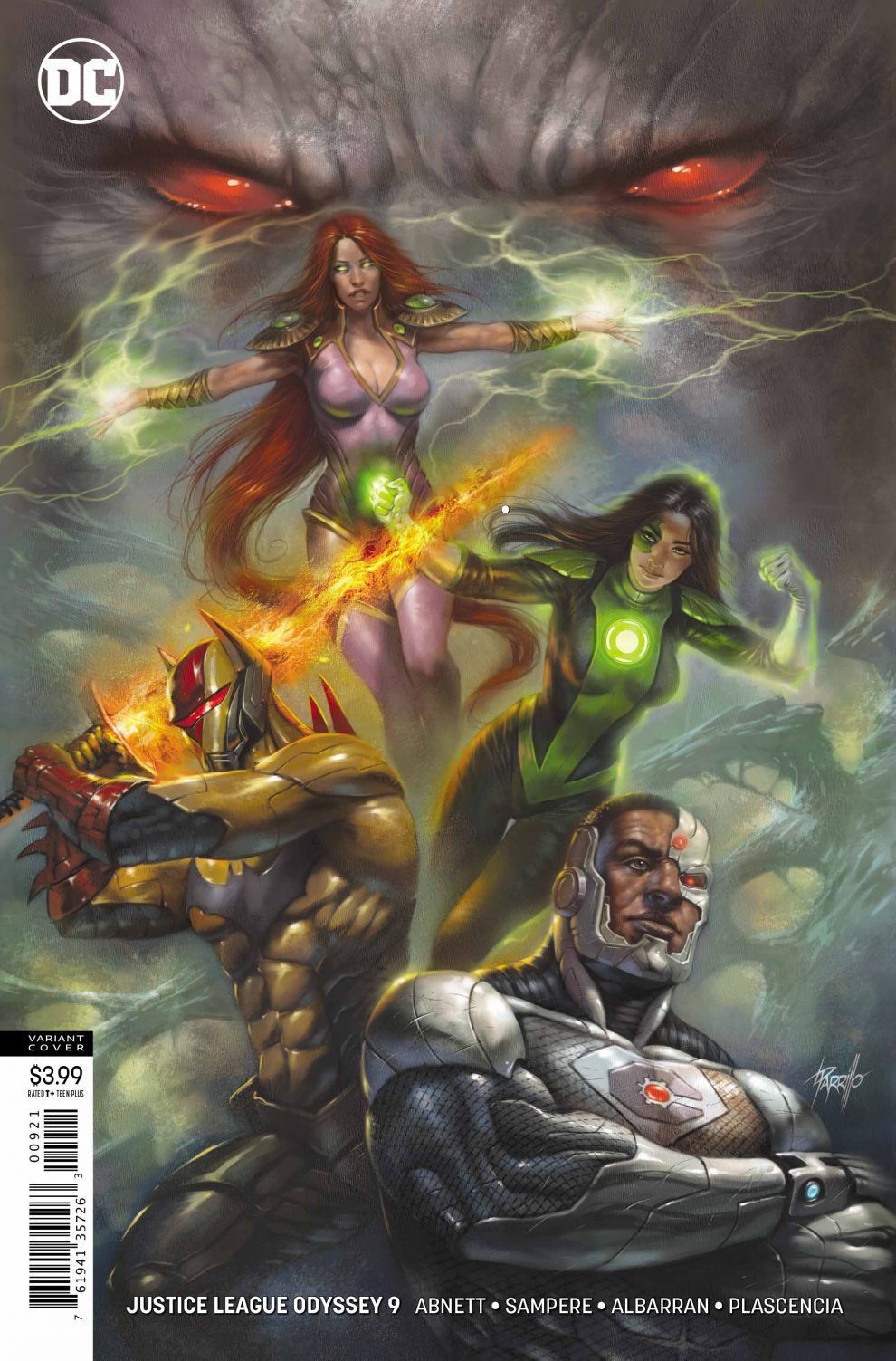 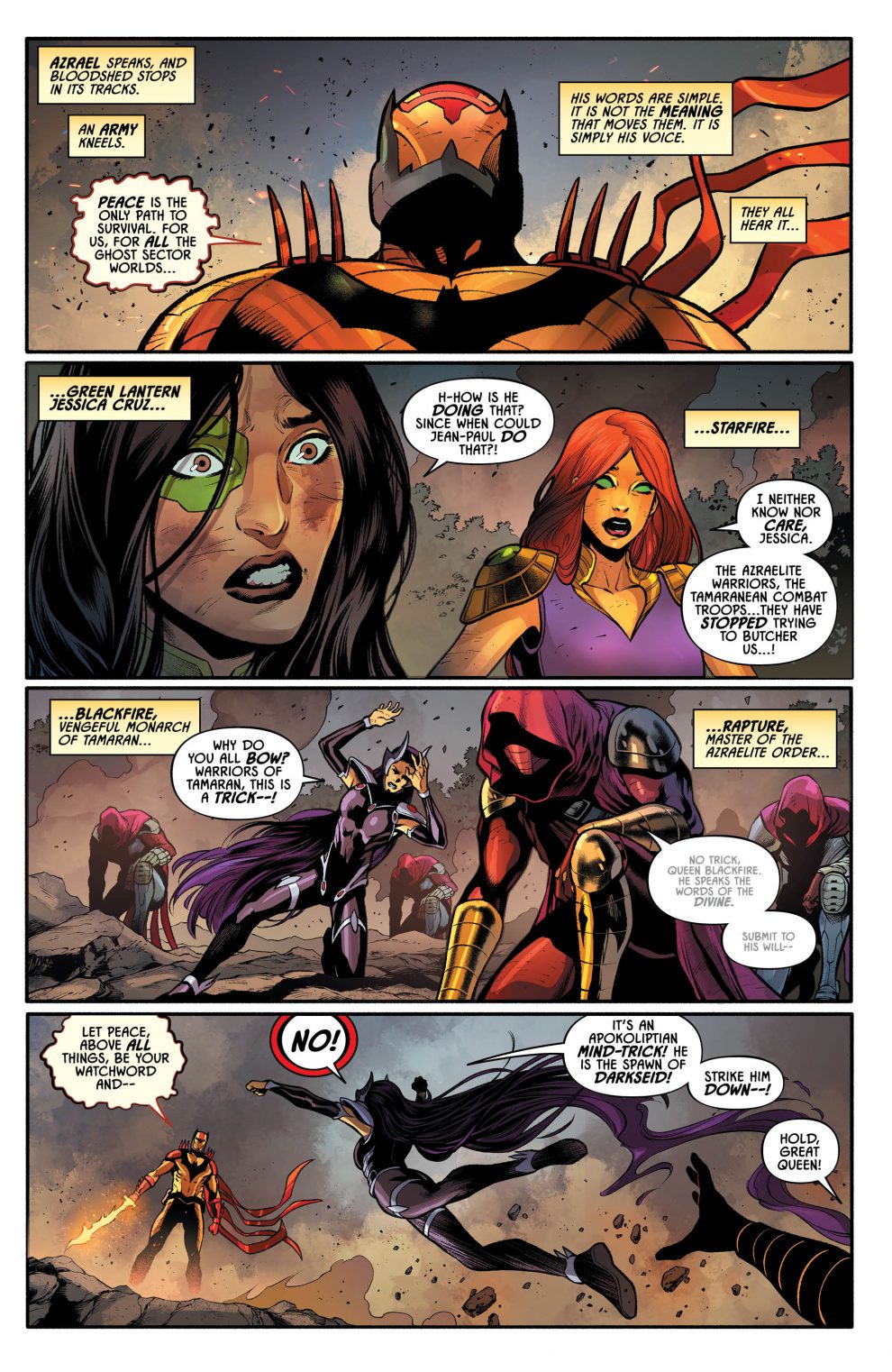 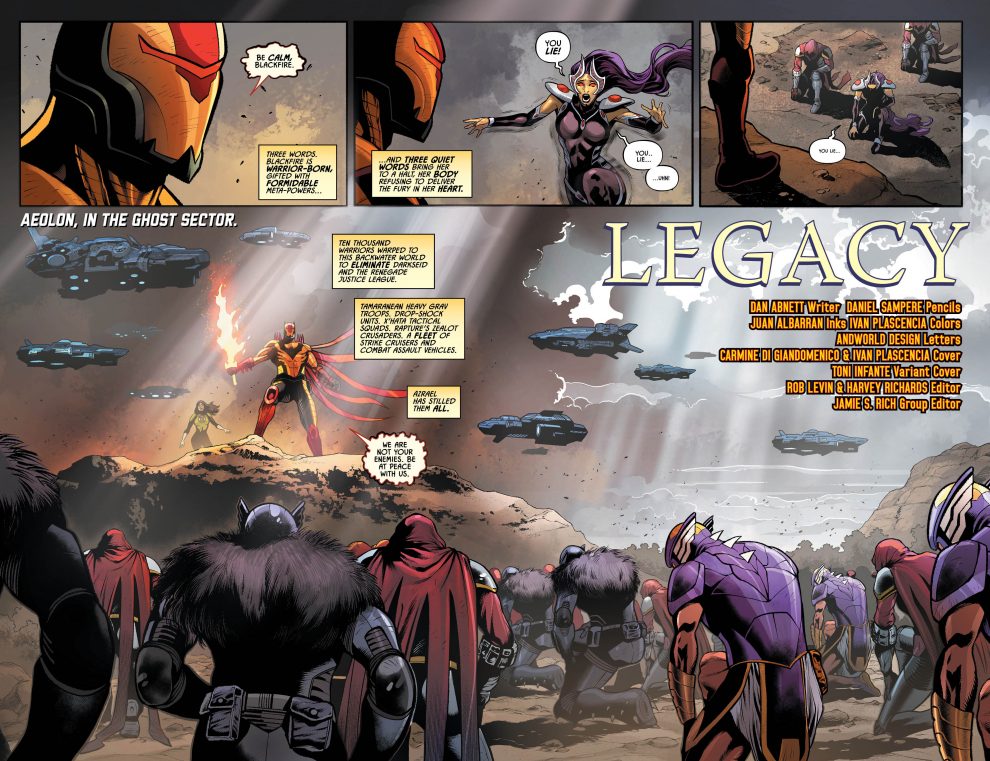 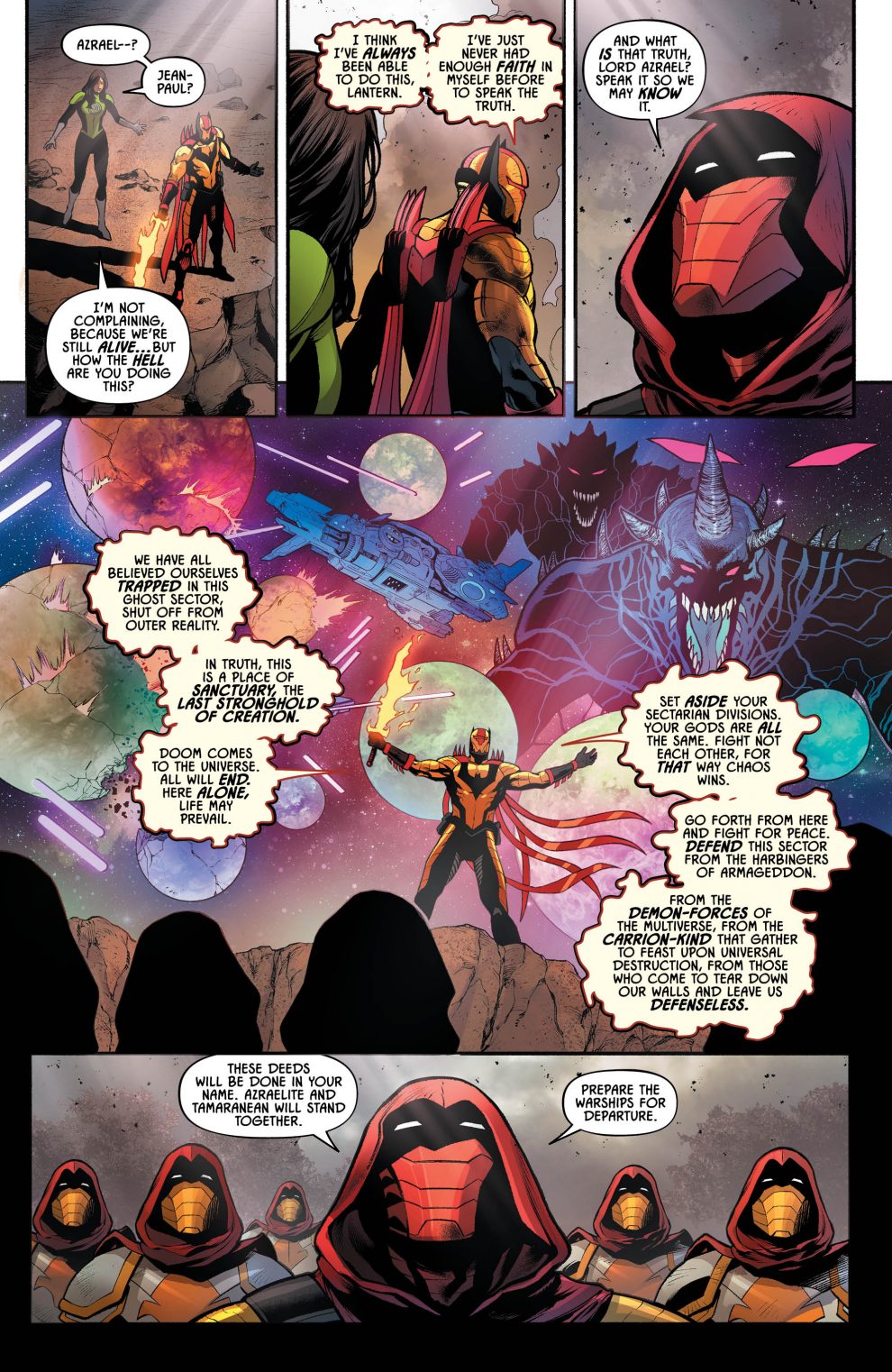 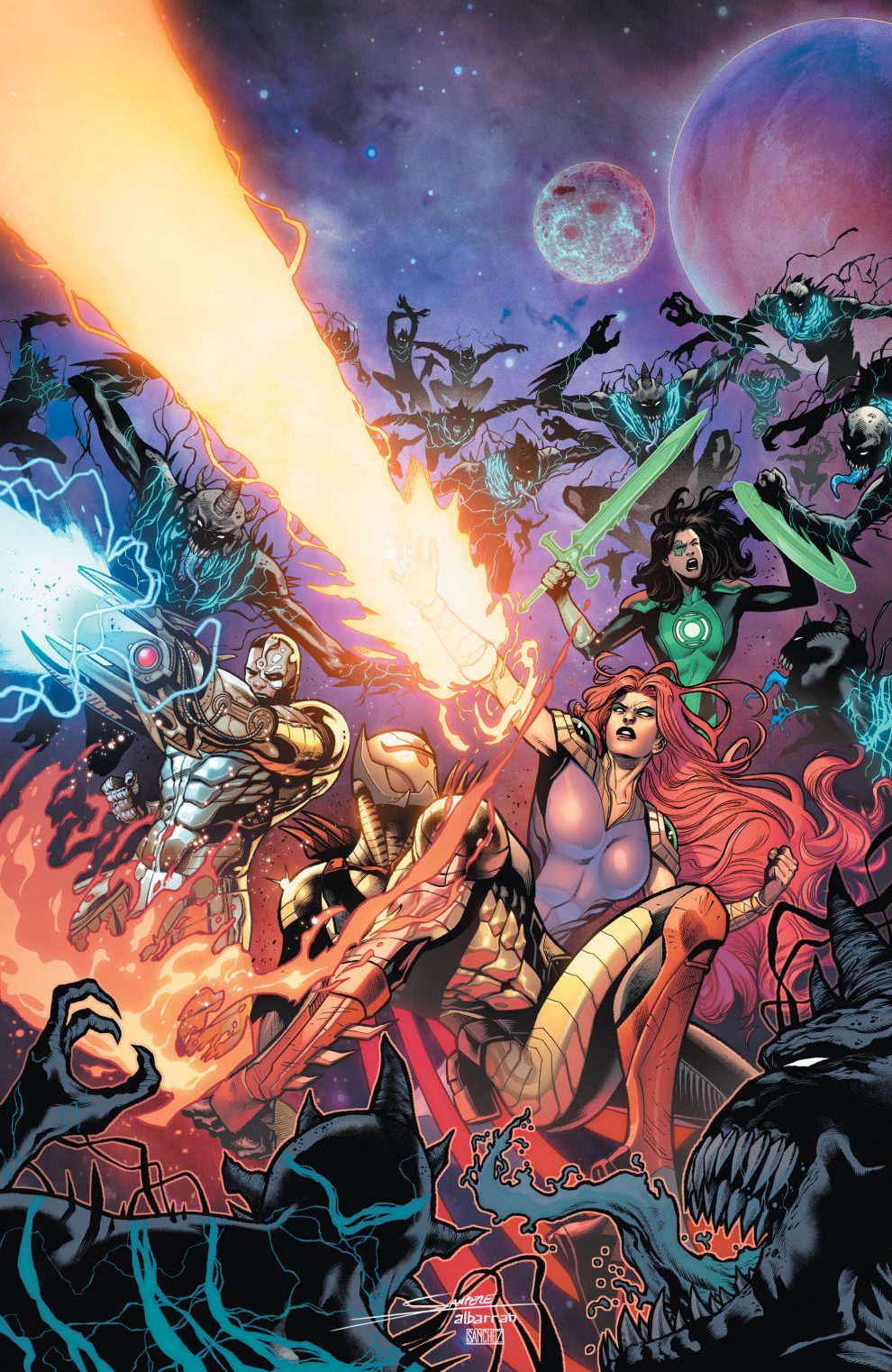 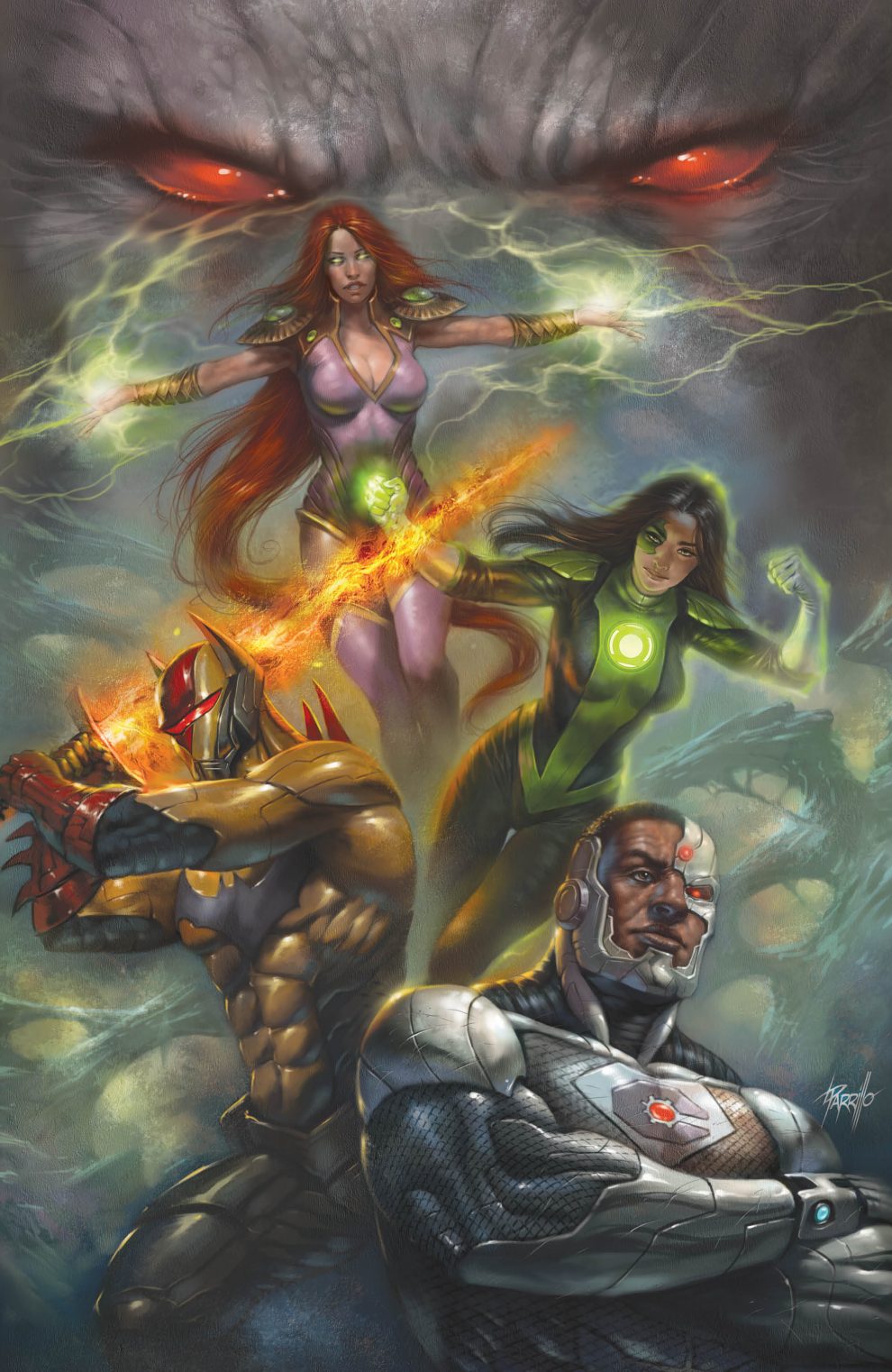 Cyborg’s powers are somewhat confused in this issue. It was always clear he could absorb technology, and that the Mother Box within him can shape and reform into many weapons, as well as defences against them. Must he really shout out each command for his arms to switch between sonic cannons and missile launchers? Can’t he just think these forms into existence? I understand that it makes the fight more dramatic, but it’s a little heavy.

This series is now in full swing. The biggest threat to the team has loomed its head in Justice League Odyssey #9, and not from a place any of the characters were expecting. This will make future issues all the more dramatic.