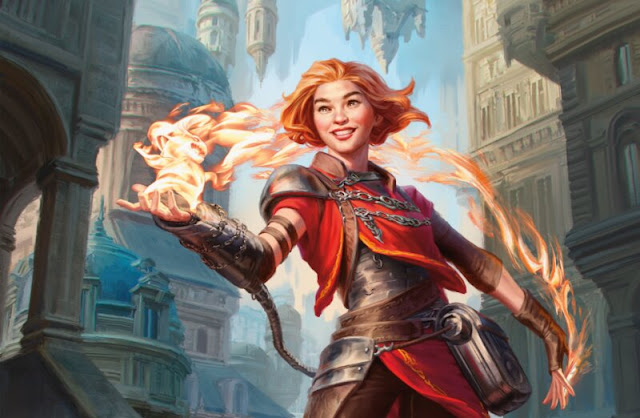 Chandra dot set is here. The core set is always a key release for Magic. An excuse for powerful – off flavour – reprints. Largly generic but strong cards. The chance for the tone of Standard and beyond to be determined. Though previewed last week, the Chandra's (yes, plural) needed the teeniest bit of context to be talked about properly. Here's that context. 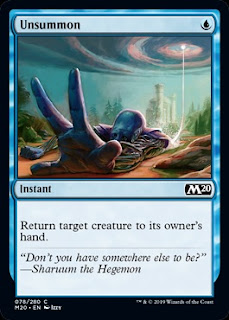 Strong reprints are strong. In a format that'll still have Arclight Phoenix in it – tempo is built around efficient bounce spells. 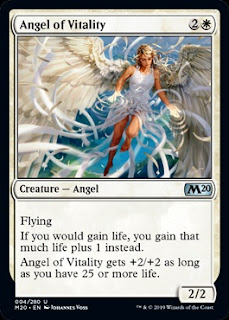 I've heard it said that there needs to be more low cost Angels for an Angel midrange deck – and this one may be just a little too late before big sisters Shalai, Voice of Plenty and LyraDawnbringer leave Standard. However, for an uncommon, this is pretty strong. At base, this is a Wind Drake which has always been a Limited All-star. Bumping incedental life gain will add up if its a consistent theme of the deck – especially as this will always be in Standard with Ajani's Pridemate. Topping it off, she does a decent impression of Divinity of Pride or Serra Ascendant, which is a nice return on a creature. Strong limited pick with a possible place in Standard. Great start to the Core Set. 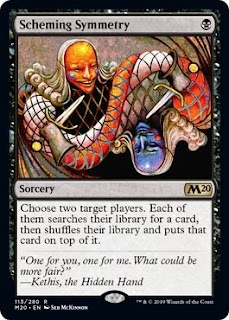 Well this has Commander painted all over it. Vampiric Tutor is one of the strongest cards in that format – taking away the life cost and adding politics is delicious. Playing a card like this in Oona or Phenax means you mill their payoff for free – or just get their big card on your side of the board with Etali in my Vaevictus Asmadi, the Dire deck. Expect to see TutorTutor for a long time. Even at least for the excellent Seb McKinnon artwork. 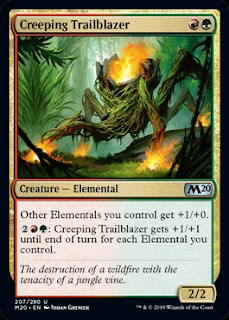 Ooh. Support for one of my favourite tribes! A bear that buffs power, that has a mana sink that insanely buffs itself is a very tempting thing in an emerging Red/Green Elementals deck. Pair it with Domri,Anarch of Bolas and Domri, Chaos Bringer and you have some real options on what to do for Gruul these days. Elemental cards like Tilonalli's Summoner might get one shot under the sun thanks to this creepy boy. 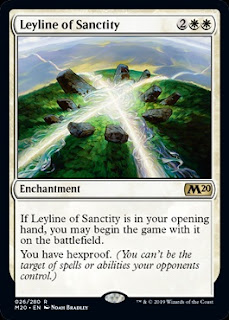 Holy reprint Batman! The modern staple, last seen in a core set is coming back with new artwork. This is the kind of money reprint to kick start the value of this core set. At rare, the availability of this important Modern card cannot be sniffed at. Let's only hope we see the rest of the pricy cycle to make sure the staples come back to the realm of affordable. 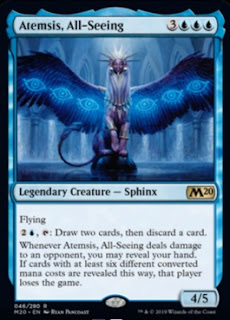 Now this is one funny Commander. I praise anyone who can make this alternate win condition work. At the very least it's another piece for Sphinx trribal and mono-blue decks across Commander tables.

The Friday Night Magic Promos span the five colours and make a mix of reprints and new cards. Negate needed to come back and it came back with the best artwork. Yes. The best artwork. Shut up. Thrashing Brontodon was the utility creature that stompy decks didn't know it deserved. Disfigure is getting a welcome reprint and will slot into Black decks right in the place that Moment of Craving left behind. 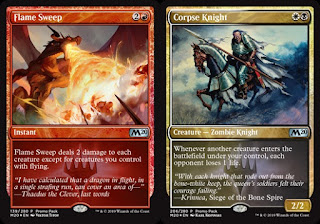 Flame Sweep is an interesting card, not taking away your flying creatures. In a similar space to Fiery Cannonade, this will be the mini sweeper that a deck like Drakes would like, not punishing small Pteramanders. Corpse Knight reads like a reverse Soul Sister, which is a welcome, interesting design space; and in the right colours to benefit from the Dominaria knight synergies before they go with rotation. 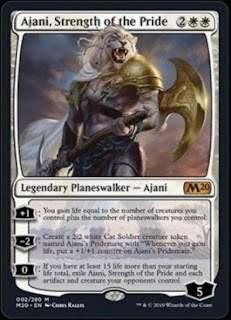 Spicy cat boi has returned for another outing in a core set. I'm very interested in the bold design space that Planeswalkers have been in since Dominaria. The narrowness doesn't mean they're being diluted. This Ajani is the engine for the Lifegain deck coming in the new format. Gaining a mass amount all in one hit is already a strong start. His -2 creates a known creature that protects him very efficiently. The wrath which costs life to activate, not Loyalty, is utterly back breaking against certain decks - which is why Ajani exiles himself (unless you hold priority on the activation and somehow bounce him).


Let's climb the rarities looking at the Chandra's. 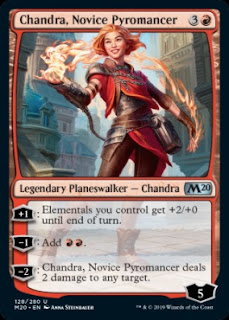 The first Uncommon Planeswalker with a Plus ability. Sure that ability is incredibly narrow, but that aforementioned Elementals deck would love an Oriflamme that also ramps and Shocks. There will be times when the +1 does nothing, especially after a wrath, but the possibilities of the ramp are quite strong. Interesting little gem. 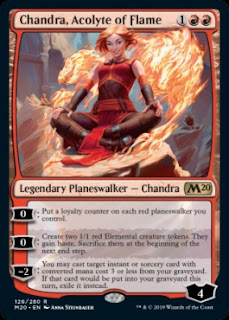 Now this is some spice right here. A true utility Planeswalker – opposed to a game winner (wait for it). There's interesting deck-building tension in this Chandra. Her first 0 really wants many other Planeswalkers, yet her -2 wants Instants and Sorceries. That's not too big a deal, as a Red/X superfriends deck would have low cost burn spells to flash back. In a Mono Red Planeswalkers deck, she powers up the team of new Chandra, Tybalt, Rakish Instigator, Chandra, Fire Artisan, and Sarkhan, the Masterless very effectively. Add Mizzium Tank as a beater and SkarrganHellkite as at top end, and that's one spicy deck. 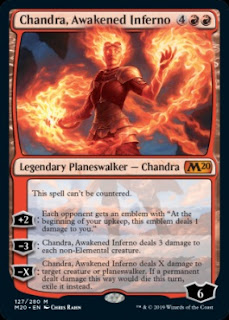 My god she is pushed. I cannot fault the power level of this new Chandra. They kept the templating for new Planeswalkers from War, by giving her one of the strongest static abilities out there. She might become the new Carnage Tyrant. That +2 puts control on such an inevitable clock. Next to no lifegain is consistent enough to race it after a while. Her -3 is the wrath that the Elementals deck never knew it needed, keeping other creature decks feeling incredibly bad about building a board state for it just to get swept. -X is an unbelievably flexible single target removal – reducing to ashes to be nice and clear. This Chandra is GOING to see play. Everyone knows it.

Hot start to Core Set 2020 spoilers. Stay tuned here on Fantastic Universes for all the cards all the time.