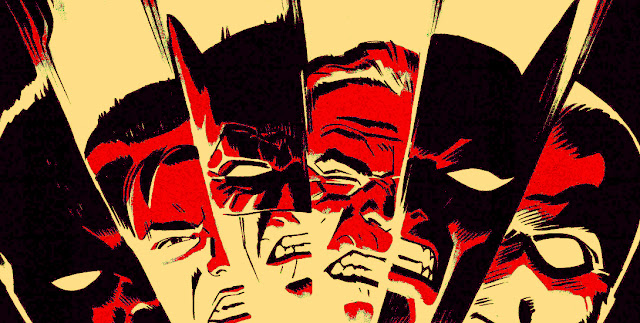 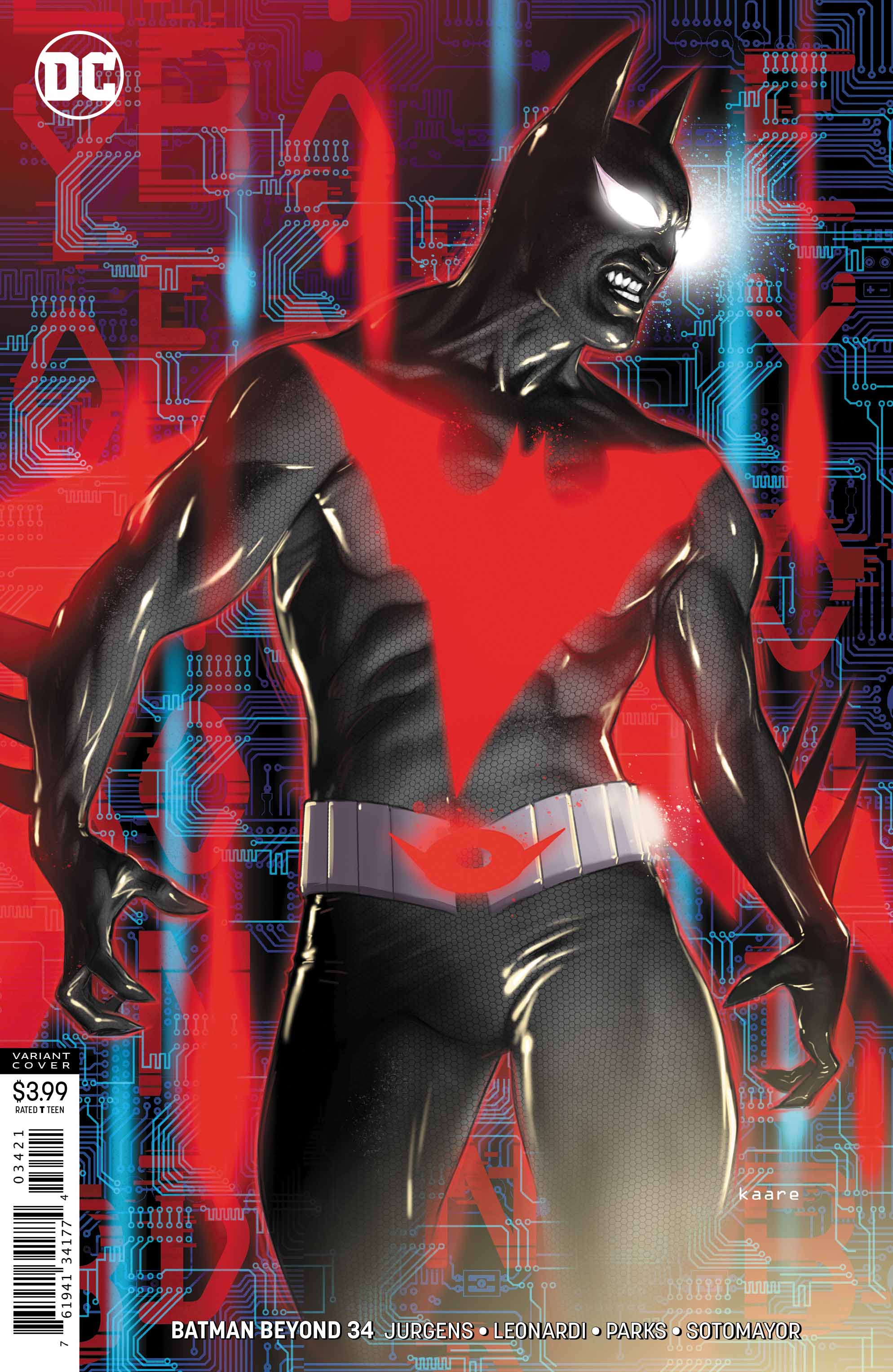 Things aren’t as they seem, and everything finally becomes clear in Batman Beyond #34. All the stories that have been over-lapping each other finally collide, making Terry’s current predicament all the more heavy. Things aren’t moving as slowly as the past few issues, though. We have Bruce Wayne to thank for that. The entire issue is spent with us shouting at the page, as we’re complicit with the shape-shifting villainy.
It’s an amazing way to bring us into the issue, as we have the dramatic irony of knowing more than the characters do. It’s a writing convention as old Greek tragedy, yet used as often as a pantomime for young children. By knowing what the characters need to know, we feel a special kind of frustration. We want them to know what we know, and it’s so satisfying when they figure it out for themselves. 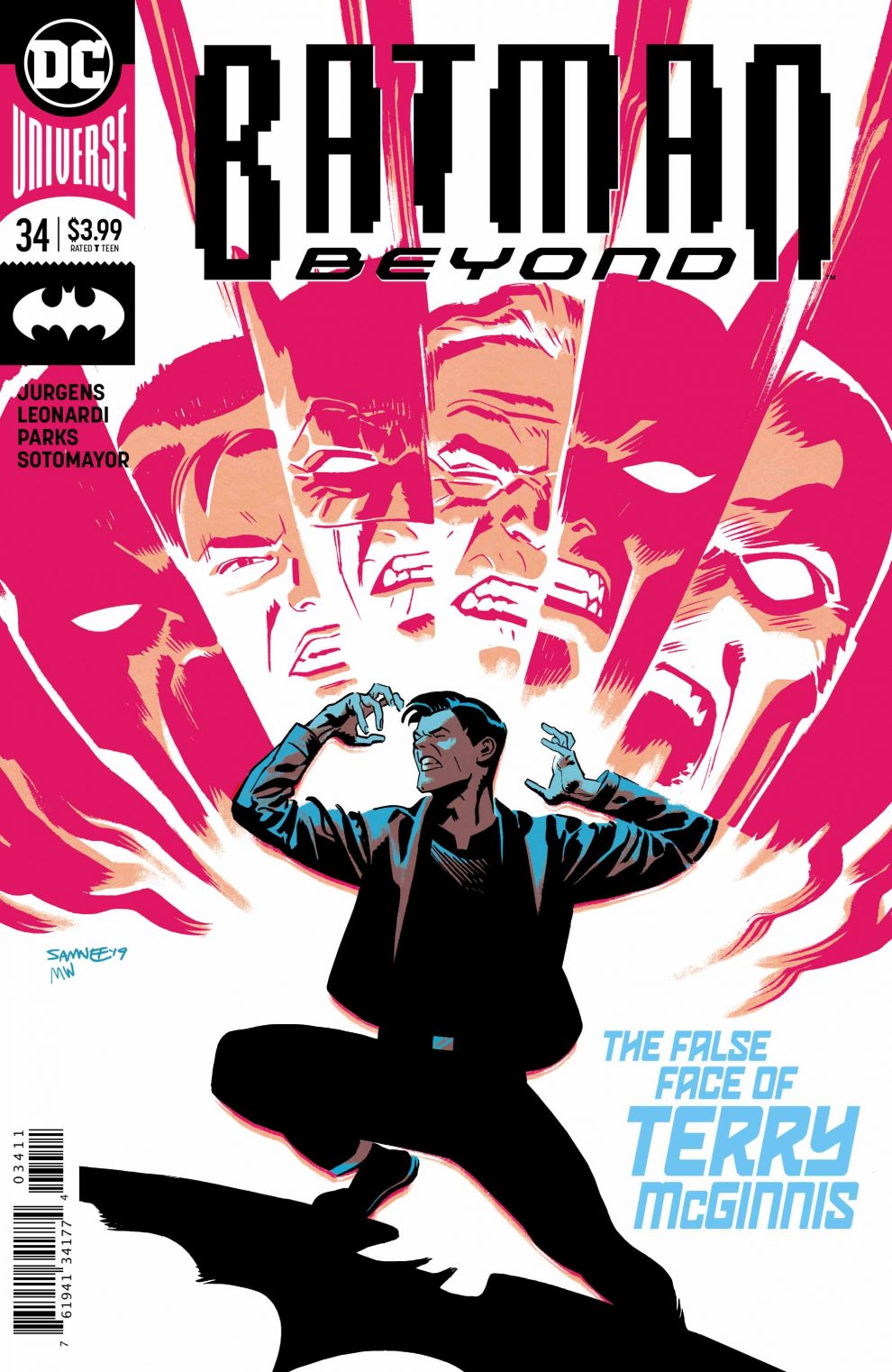 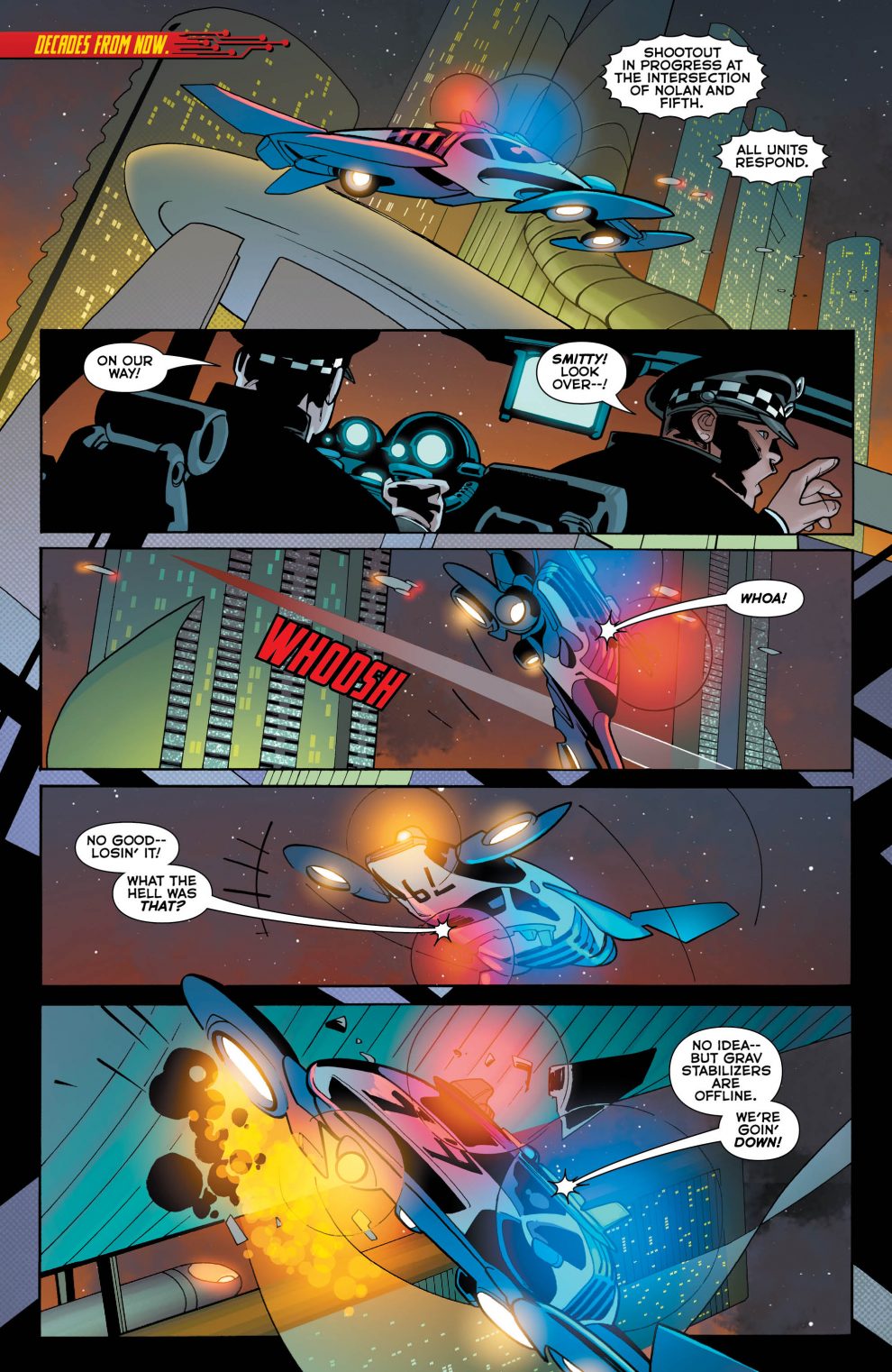 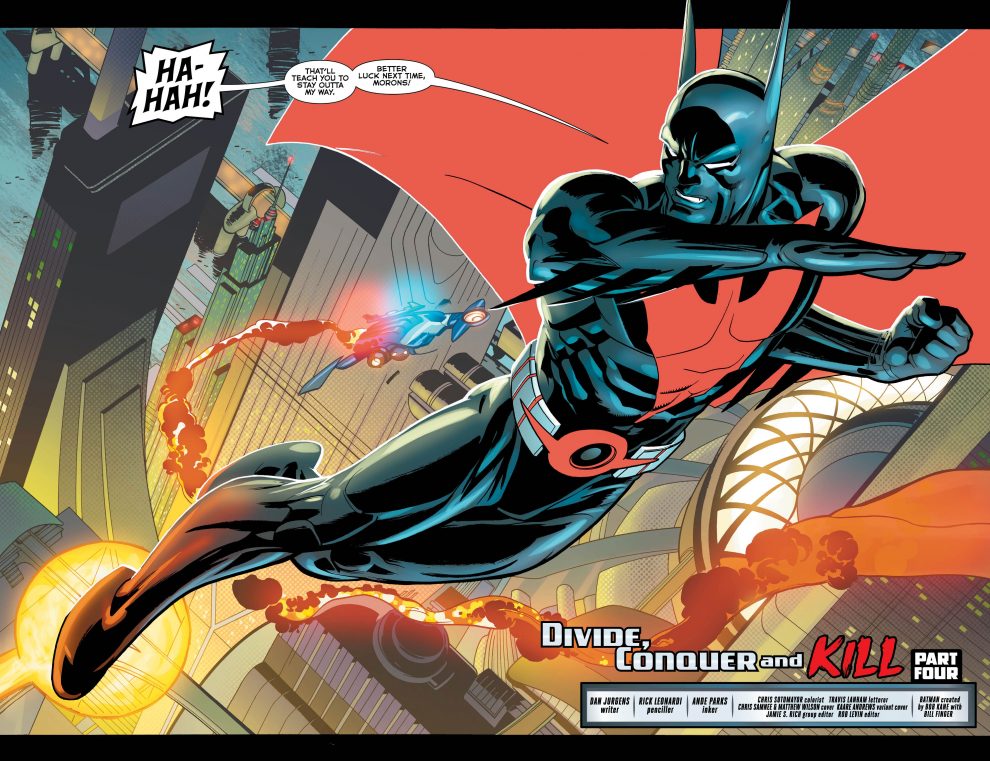 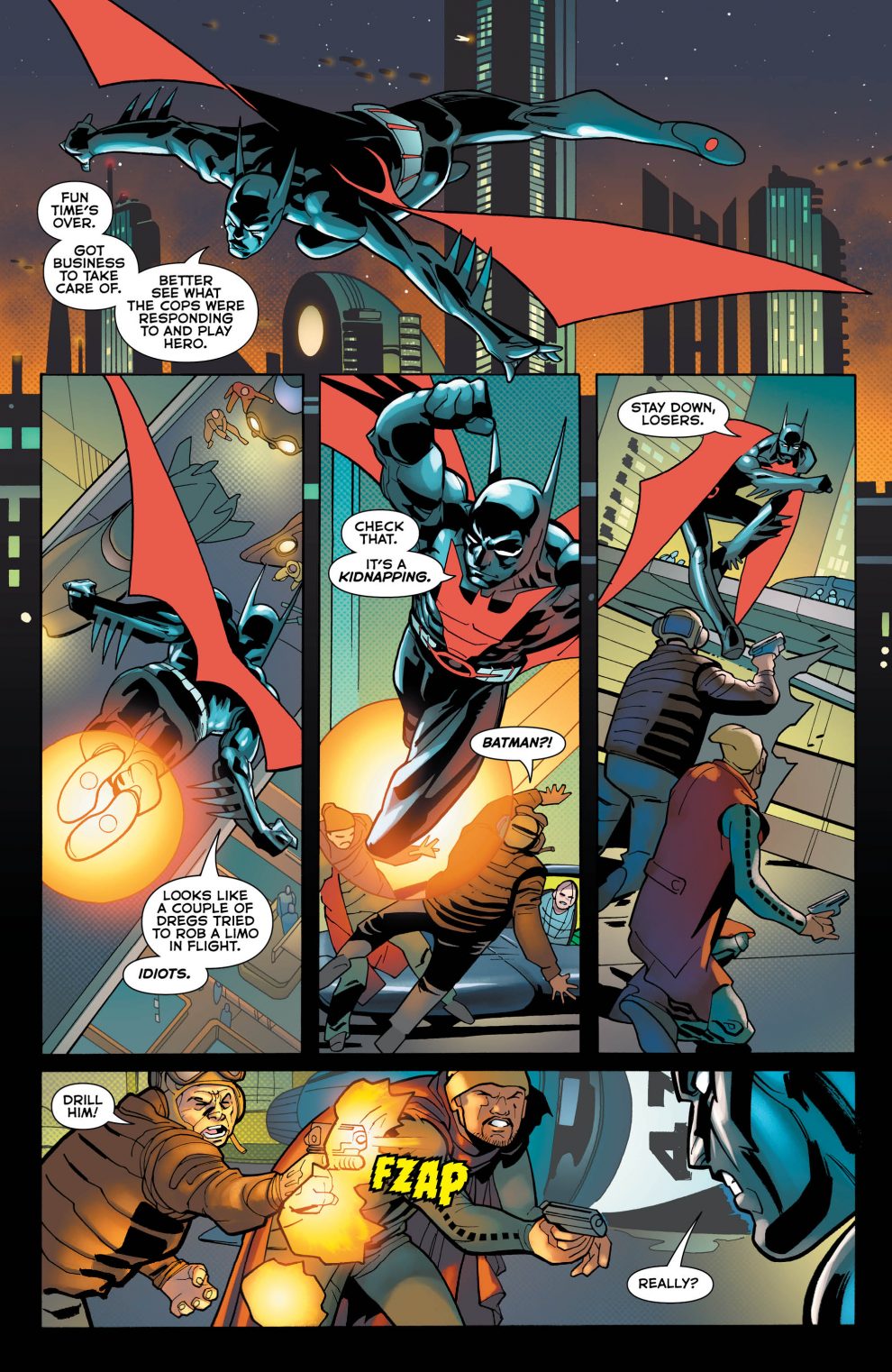 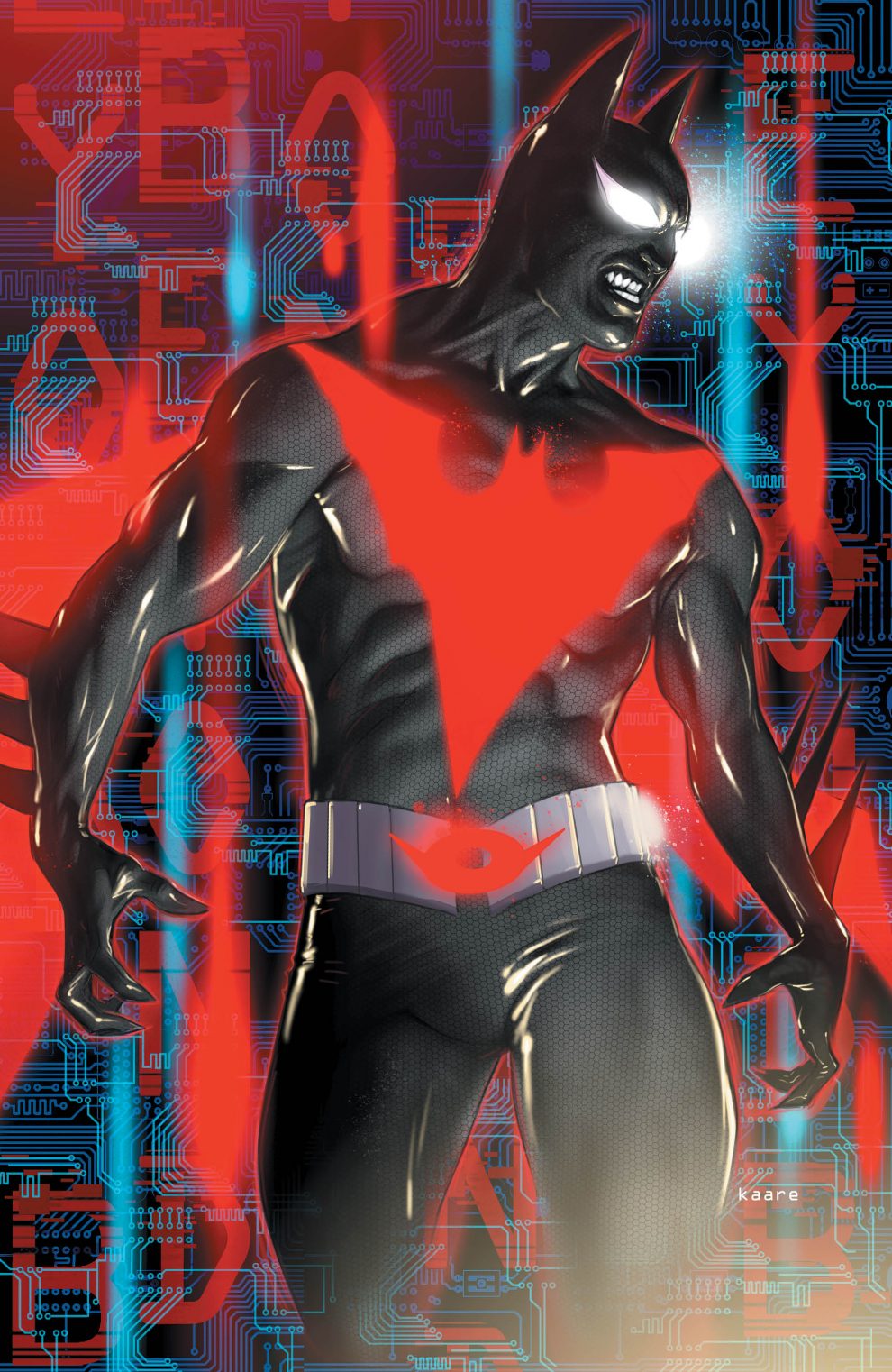 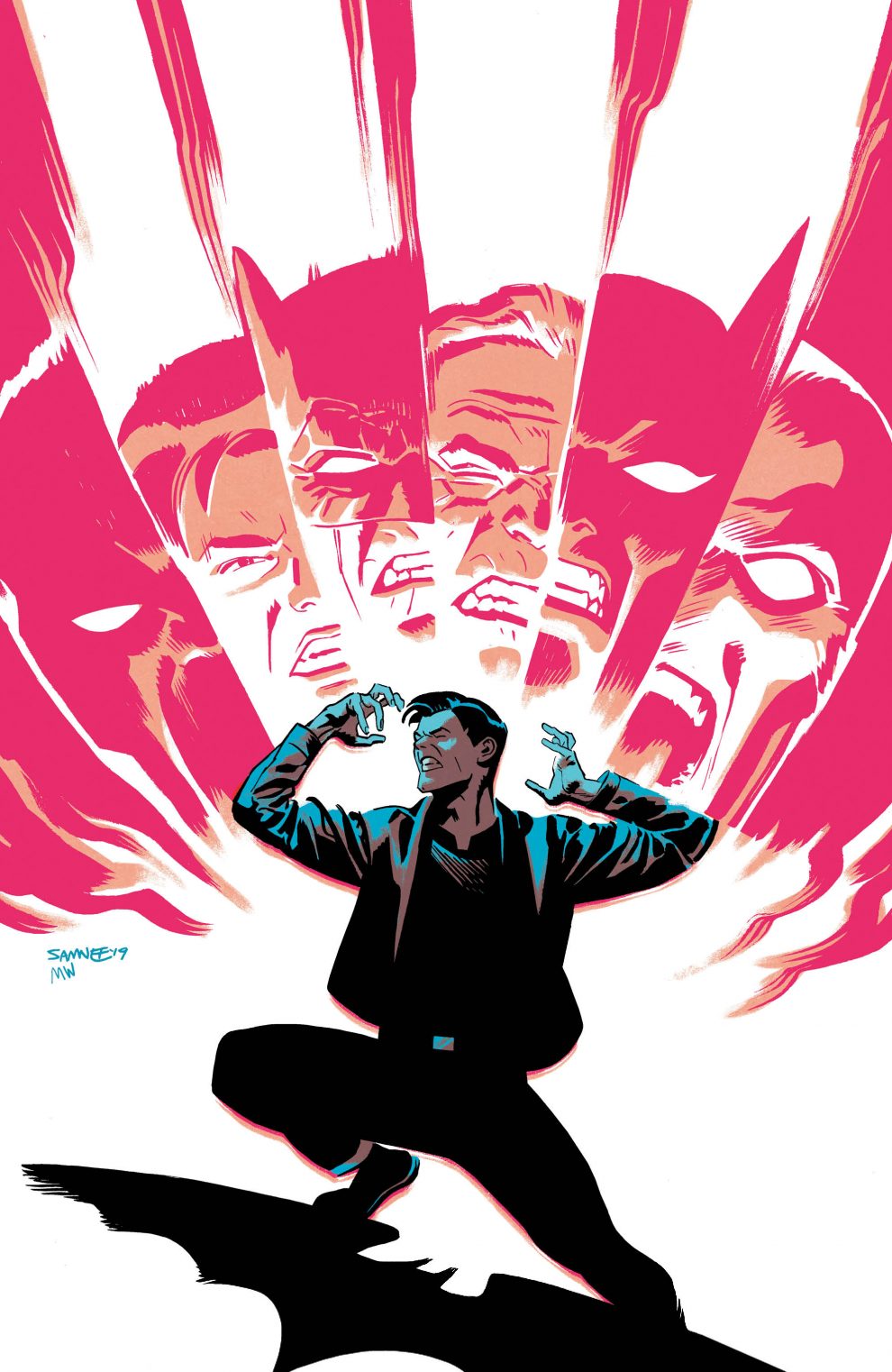 The artwork in this issue stays true to the dynamic, punchy images we always get in this title. The stern scowls of the aged Bruce Wayne match up perfectly with the swooping arcs of a flying Batman, whose conduct is more dubious than admirable.

The ending comes with a shock twist. I sort of expected something similar happening, but didn’t expect it to come around so quickly. Instead this turn of events spells out serious doom for our heroes. What’s more, with Terry otherwise M.I.A. we can only imagine what could still happen. Jurgens is usually polite enough to tell us when the end of an arc is coming, with a well placed “To be concluded”… but there’s no end in sight. Batman Beyond #34 continues a strong run. It’s a roaring success.