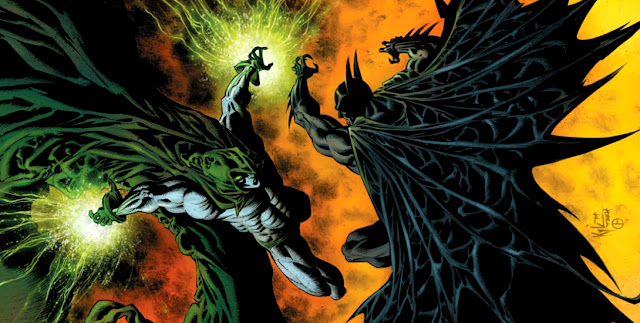 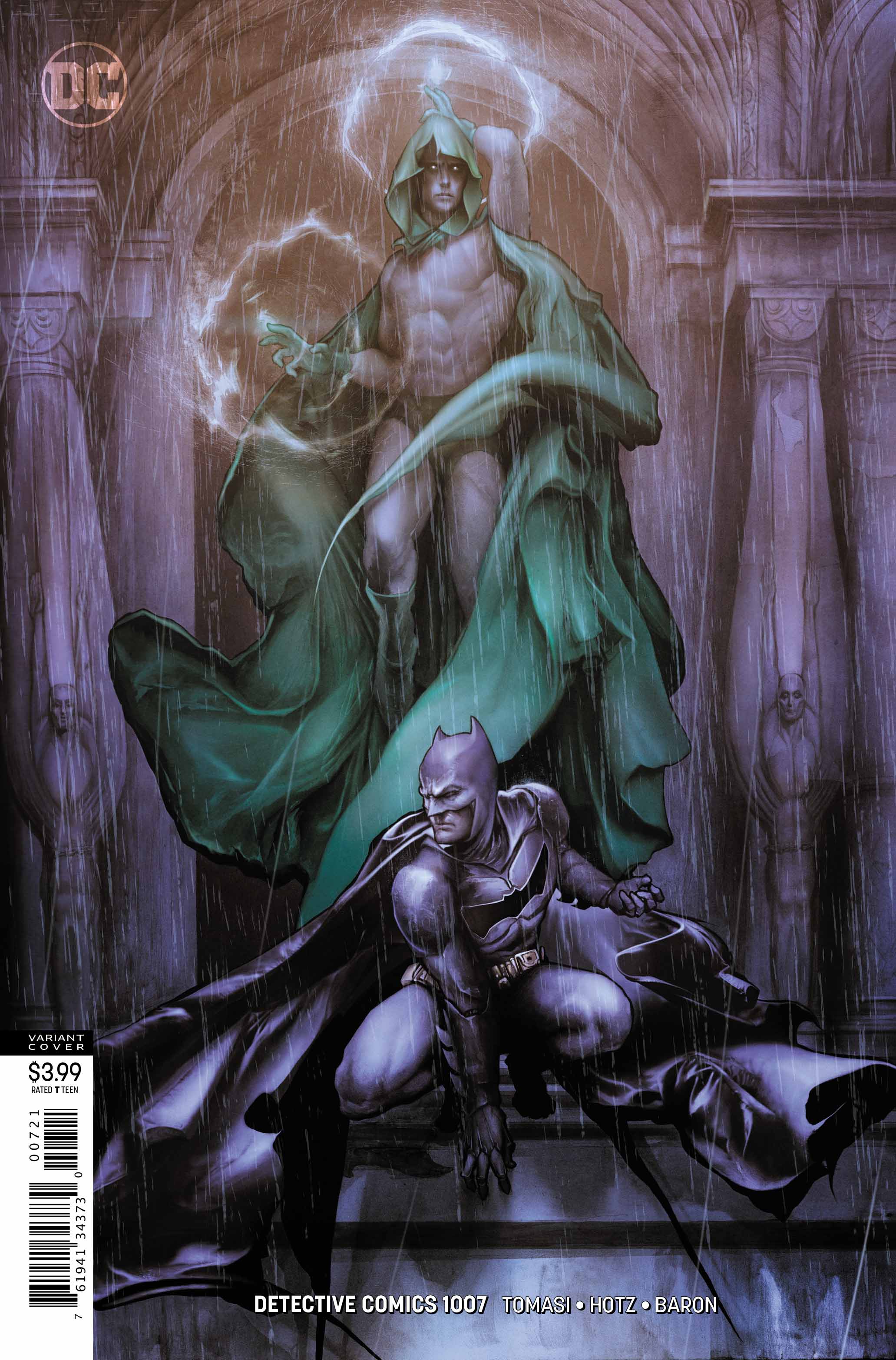 Detective Comics #1007 had a tough act to follow, as issue #1006 was truly phenomenal. I’m very happy to say that the issue delivered… and then some.

Last time we saw the Spectre separated from his human host, New York Detective Jim Corrigan. The Spirit of Vengeance then sought out Batman to help him rescue his kidnapped human half.
Batman’s introduction to Spectre last month was huge, but this issue’s manages to top it. I think the Dark Knight needs to get this dude out of the Batcave, before he Rex the place.
Sorry.
I’m almost disappointed that this tale was just a two-parter, because I really enjoyed it. I would’ve loved this arc to have run for five or six chapters. Unlike most interludes, however, this felt as integral to the series as the previous two storylines, particularly where the art of detection is involved.
I love seeing Batman as a detective, and feel that this aspect of his character is too often ignored. Peter J. Tomasi not only lets us witness our hero as a sleuth in this issue, but we see him doing so using state of the art technology and holographics, as well as his own, brilliant mind.
Look out for a terrific scene in the Gotham jailhouse; where Spectre almost out-bats the Batman, and giggle at the Dark Knight’s hilarious response. Awesome. 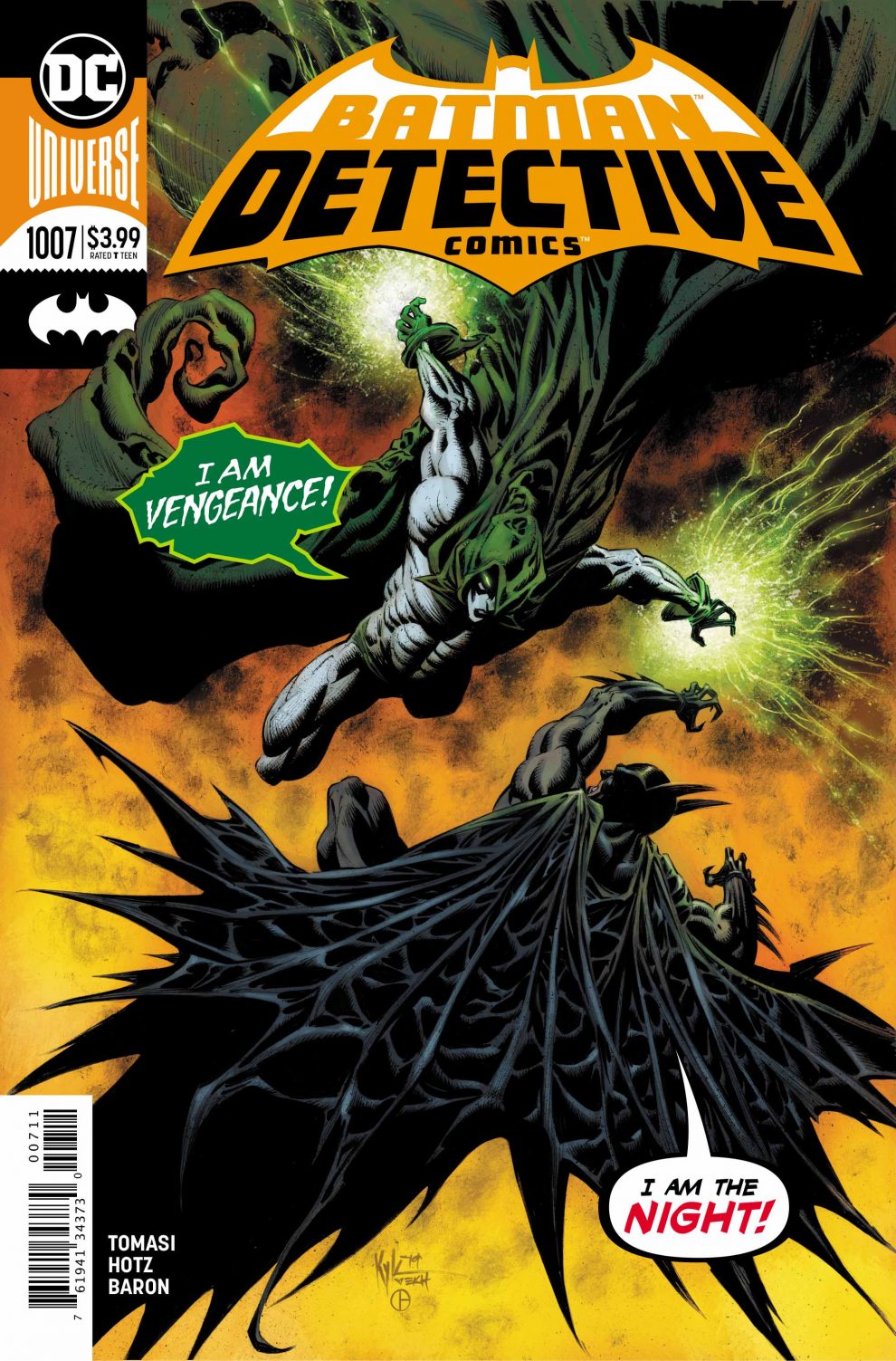 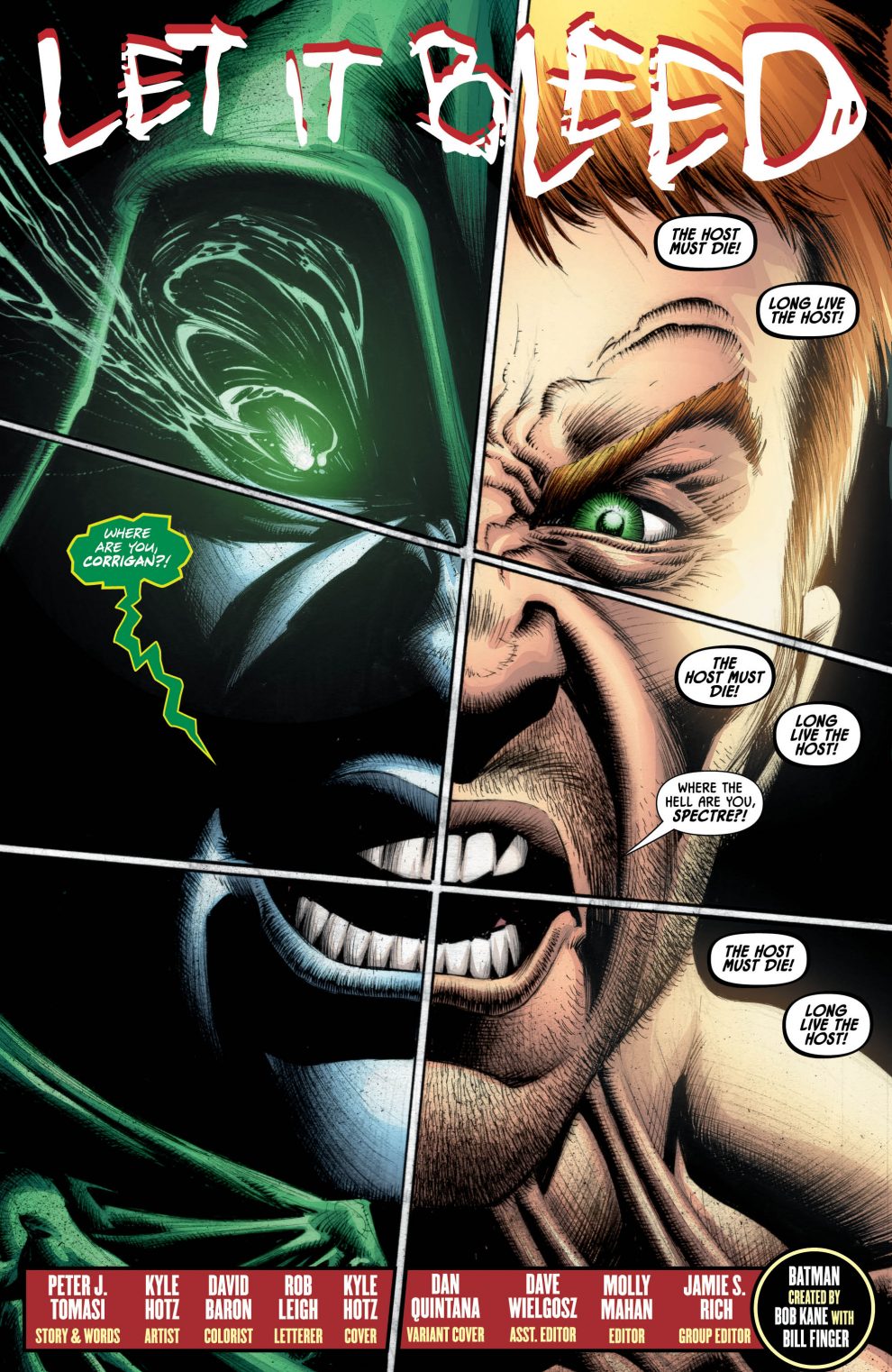 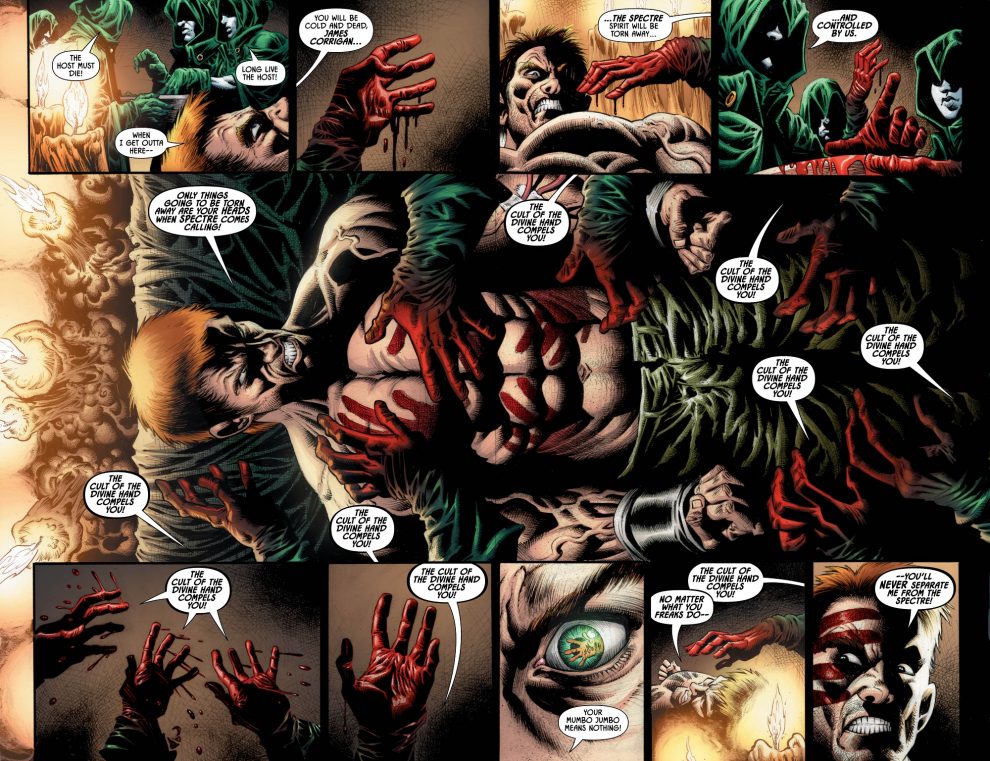 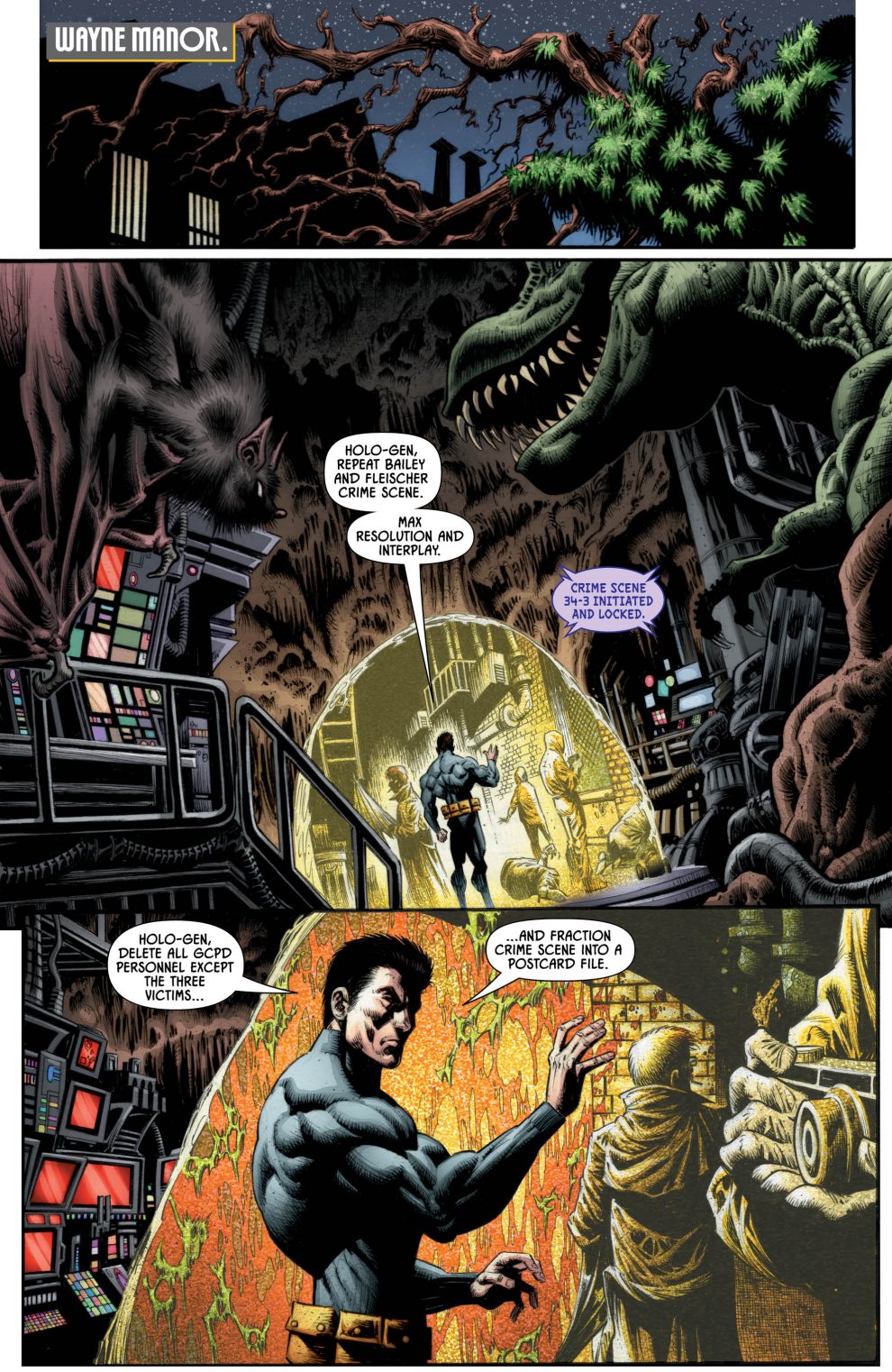 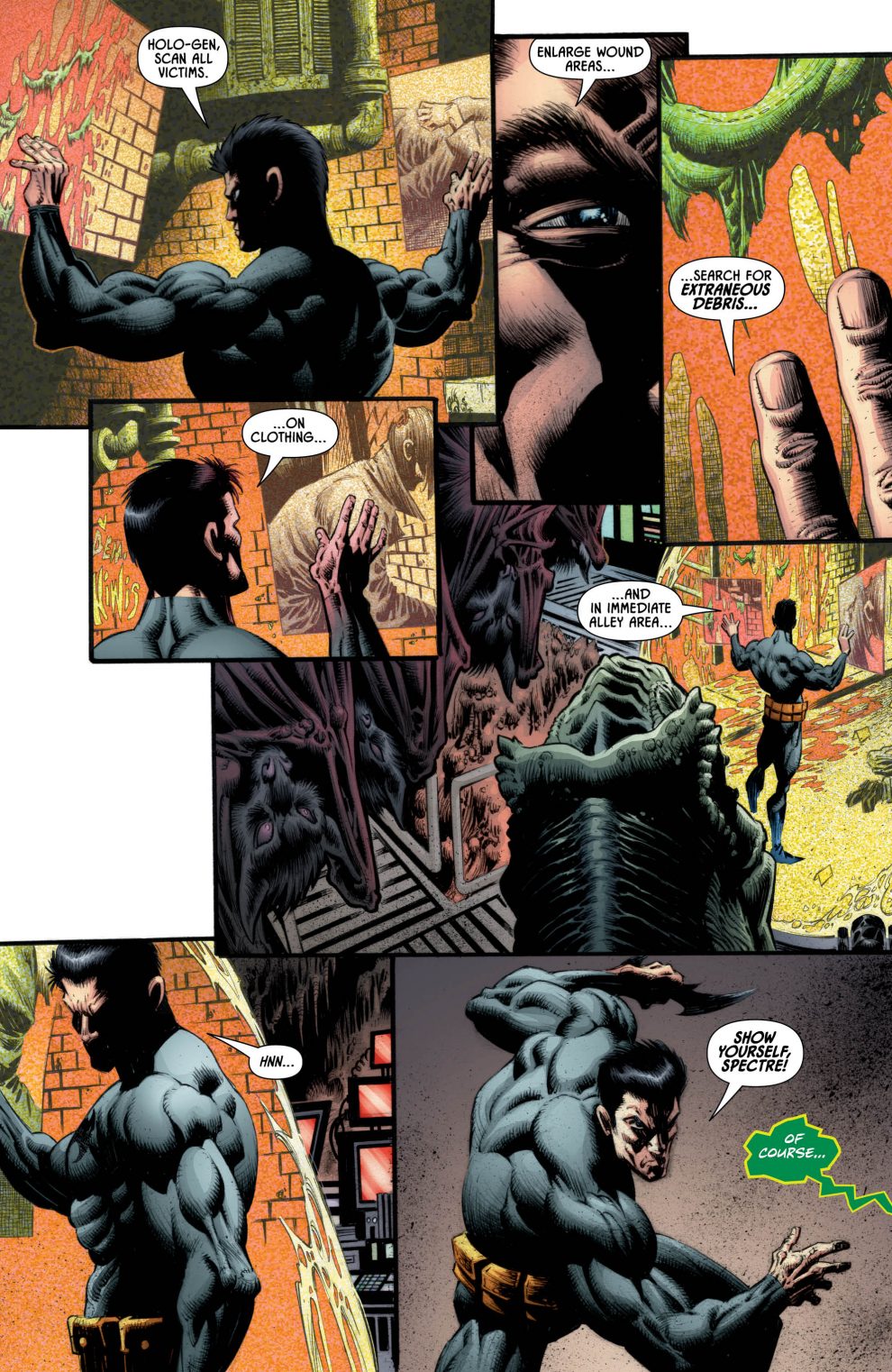 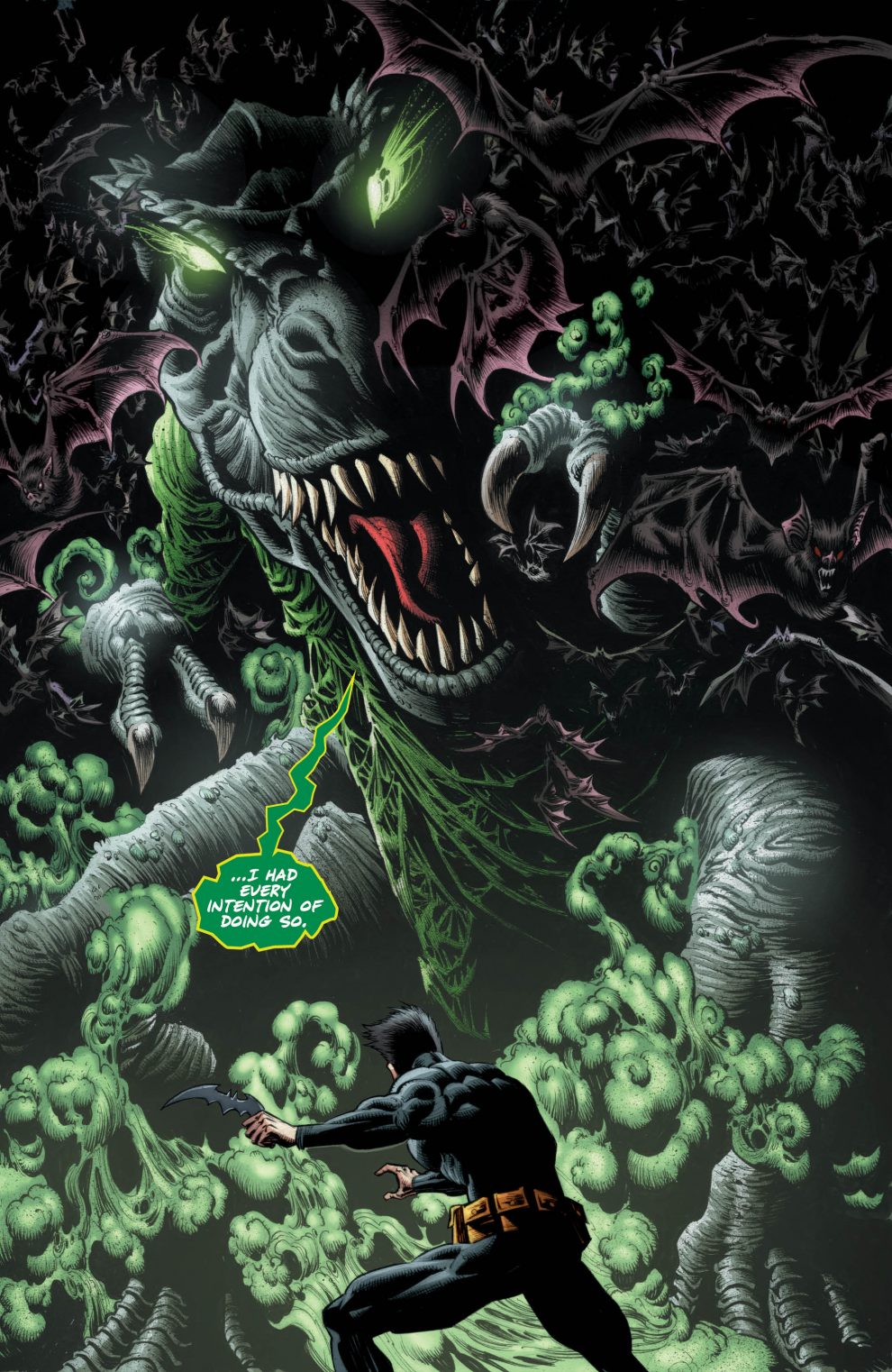 Another thing that’s awesome is the incredible art of Kyle Hotz and David Baron. Mr. Hotz’s work was a revelation last issue, so I’ve done some research. I’m now anxious to pick up anything I can find of his… just check out the pics attached! When work of this calibre is enhanced with color by a talented artist like David Baron, the results can only be described as spectacular… or in this case, Spooktacular?
Sorry. Again.
My hat’s off to Rob Leigh, too. “The host must die!” “Long live the host!” How many times has this lettering legend laid those words on the page over the last couple of issues? Ouch. Look at his titles and issue credits, his Spectre dialogue balloons, and the amount of sheer work he’s put into Hotz and Baron’s stunning double page spreads. Outstanding.

Tomasi and co. have crammed an amazing amount of awesomeness into two issues, but from the last page it’s clear that Detective Comics #1007 could actually be the calm before the storm. Guess who’s back next issue? Nope, it ain’t Slim Shady…
I need to stop apologising.