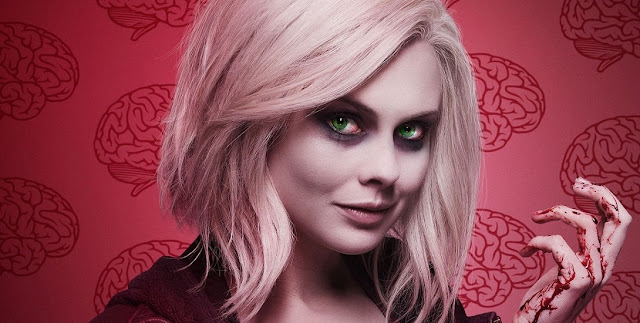 Ok, so before we start the review... am I the only person that thinks some of the brain dishes Liv makes look delicious? I mean obviously the meat could be less human… but do they have a special cook on the show that makes these things so damn appetising? LOL! On the menu this week: Brain Dumplings
After a couple of eps with zero Blaine we are now back on board the Blaine train with Ali still interviewing him for her story, and after last week's reveal of the mask the mayor was killed in she's not just interested in doing a puff piece. Things are beginning to unravel for the "Saviour of Seattle." 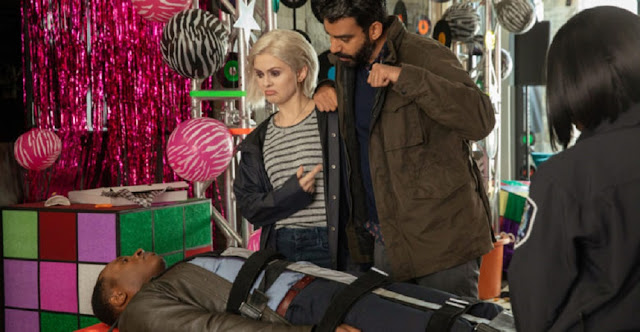 Our main story this week centres around the death of a wealthy young guy who lives to party and have fun, and there are plenty of Ferris Bueller nods, including this weeks episode title. Clive has taken himself out with a back injury so it's all on Liv and Ravi to get to the bottom of the murder, with Liv on "life of the party" brain, hi-jinx ensue.
There is a darker side to this episode, with brain tubes being infected with Alzheimer sufferers brains, which affect Major and others at Filmore Graves. This all leads to to Lambert taking full advantage and the story of how Freylich Syndrome can turn a zombie back to human being. When the news is released Ravi feels responsible for putting the children with this disease on a hit list.
But the last shot in the episode shows that something more is going on and something big may be coming...
Until next time!