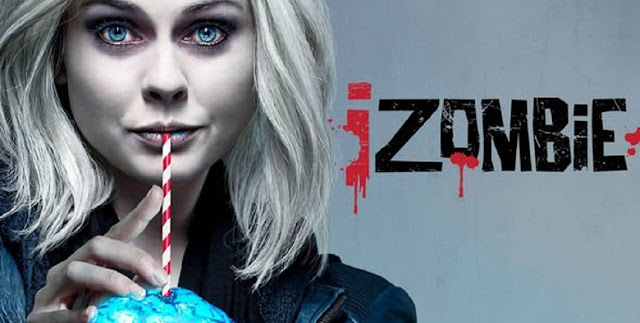 I do enjoy episodes like this when they mix things up. Liv, Ravi and Clive take the backseat this week, and forward step...

Blaine and Don E.
After the story is run about Blaine’s involvement in the murder of the mayor, as well as the murders of, let's be honest,countless people at this point, we start the episode with Blaine in jail. At first I was very happy about this, but the ramifications of having the man running the brain trade behind bars, make things scary in Seattle.

Without Blaine’s constant supply of brains the city only has 48 hrs worth of brains left, and what's gonna happen to all those humans when the zombies are out of food? 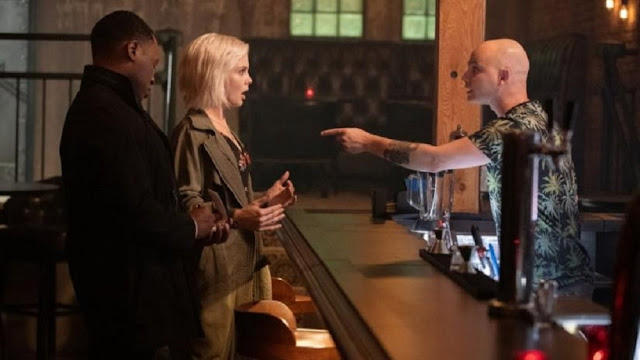 So, I figured this actually may be how the show ends; brain supply cut off so zombies revert to form (that of brain eating monsters) to try and stay somewhat ‘human’ for a little while and eat the rest of Seattle, until eventually those run out too and you have a walled off city of zombies? Not the most fun of endings for a show, but fear not! For a new supply chain appears to be on the horizon!
Can Major Lillywhite keep everything together enough so that the government don’t just see them as a drain on brain resources, and wipe out the city in its entirety? Where does the city go from here? Can they replicate the cure that’s only found in young people suffering from Freylich Syndrome? Or will the dead forever walk the earth, with some kind of synthetic brain food?
I actually don’t know, but I’m really intrigued to find out. Bring on Ep7!
Images May Be Subject To Copyright