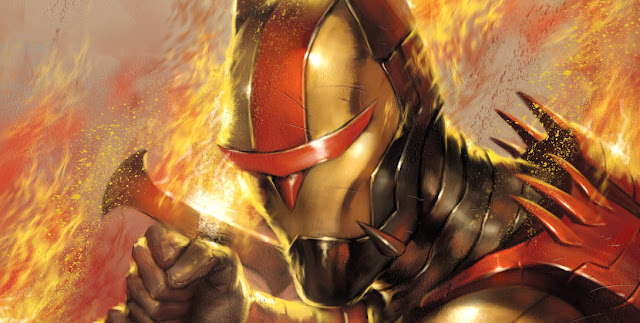 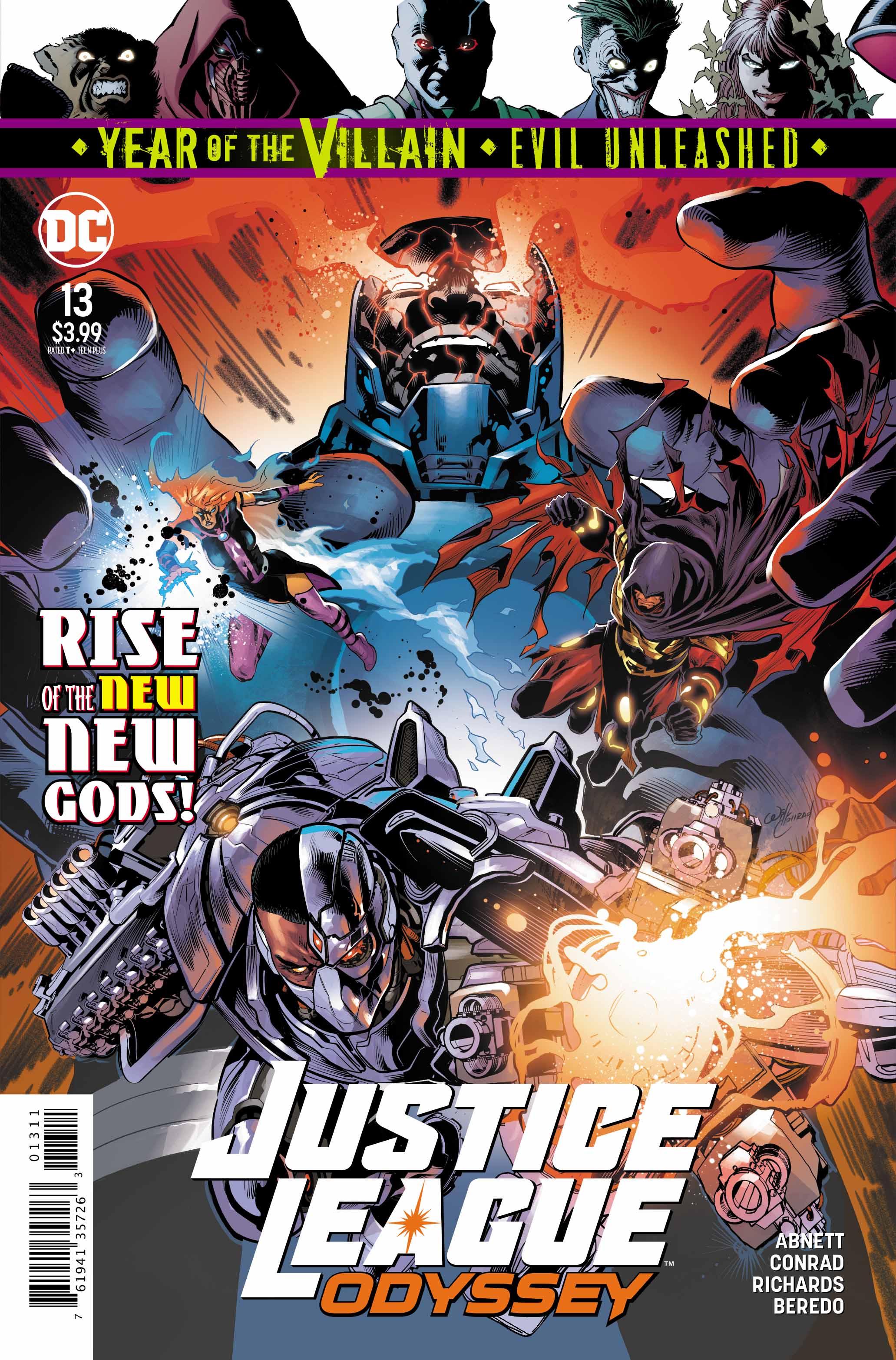 Many of us were left devastated following the events in issue #12 and have been counting down the days for Justice League Odyssey #13. I gave issue #12 my first 10/10 rating since I started reviewing this series, a decision I stand by, because it was the culmination of a fantastic journey with some beautifully impactful pages. Issue #13 was always going to have a hard job following but I was pleasantly surprised with how well Dan Abnett, Will Conrad, Cliff Richards, Rain Beredo and AndWorld Design have managed to continue the high tempo and mystery. 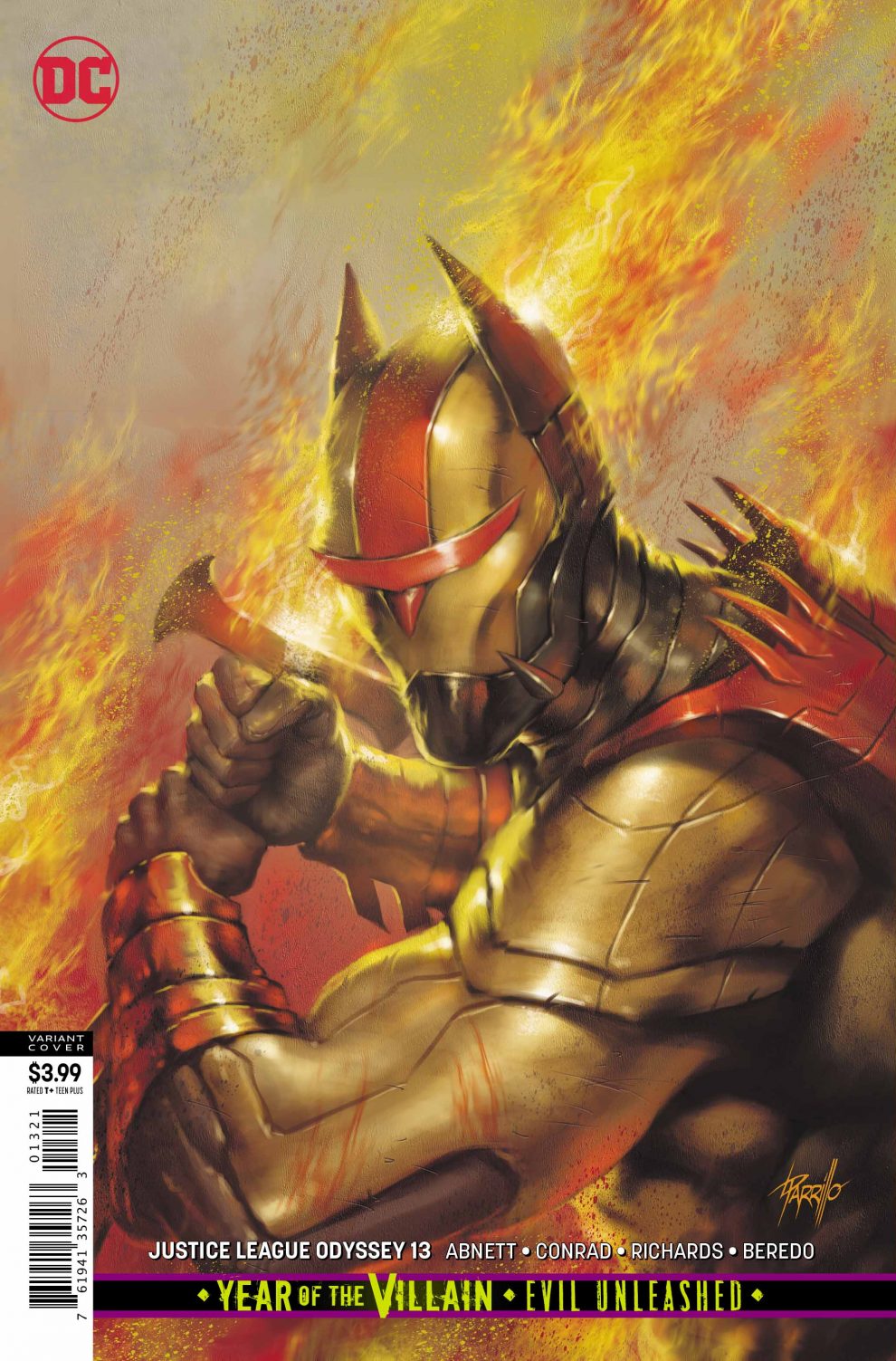 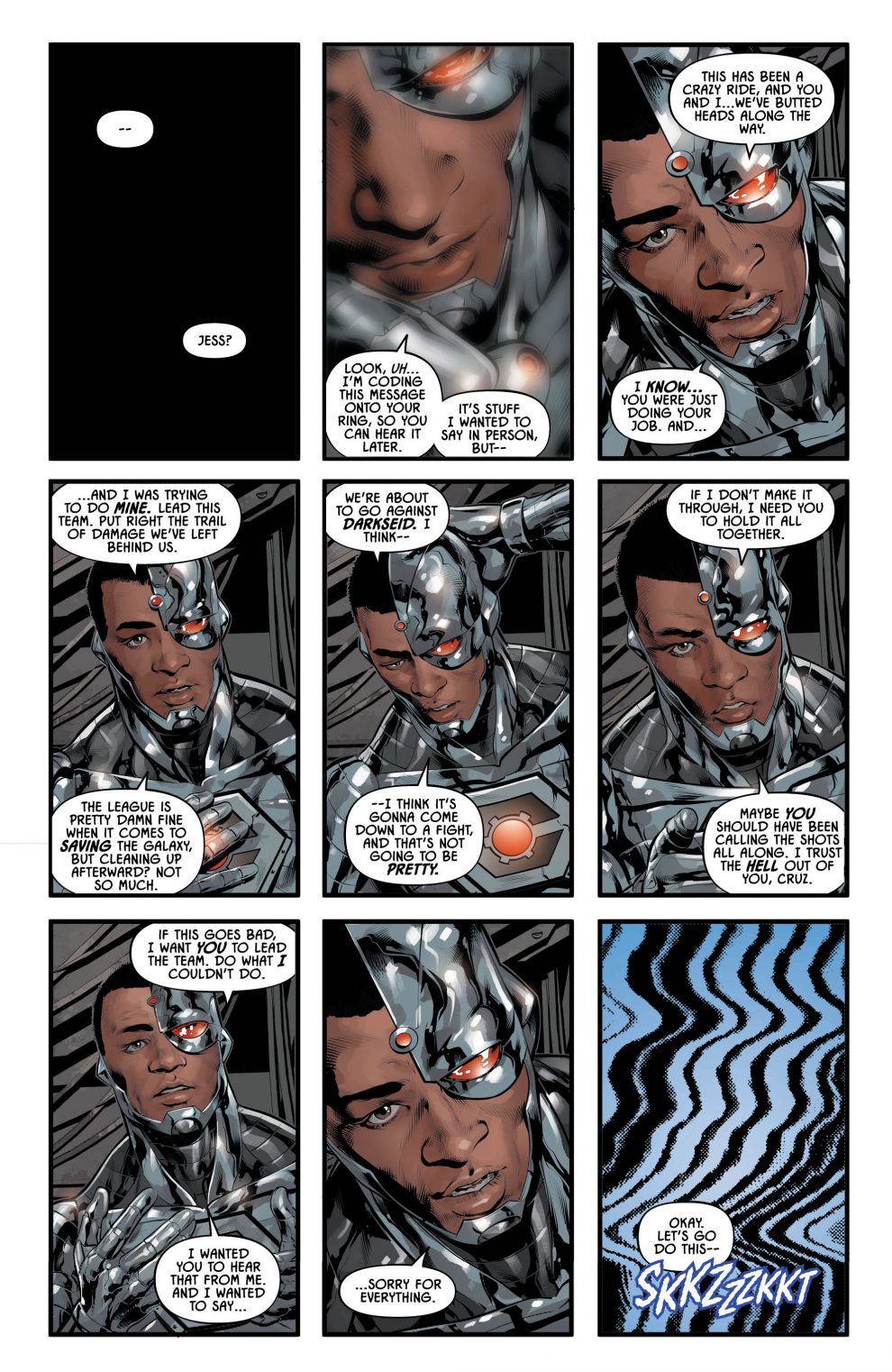 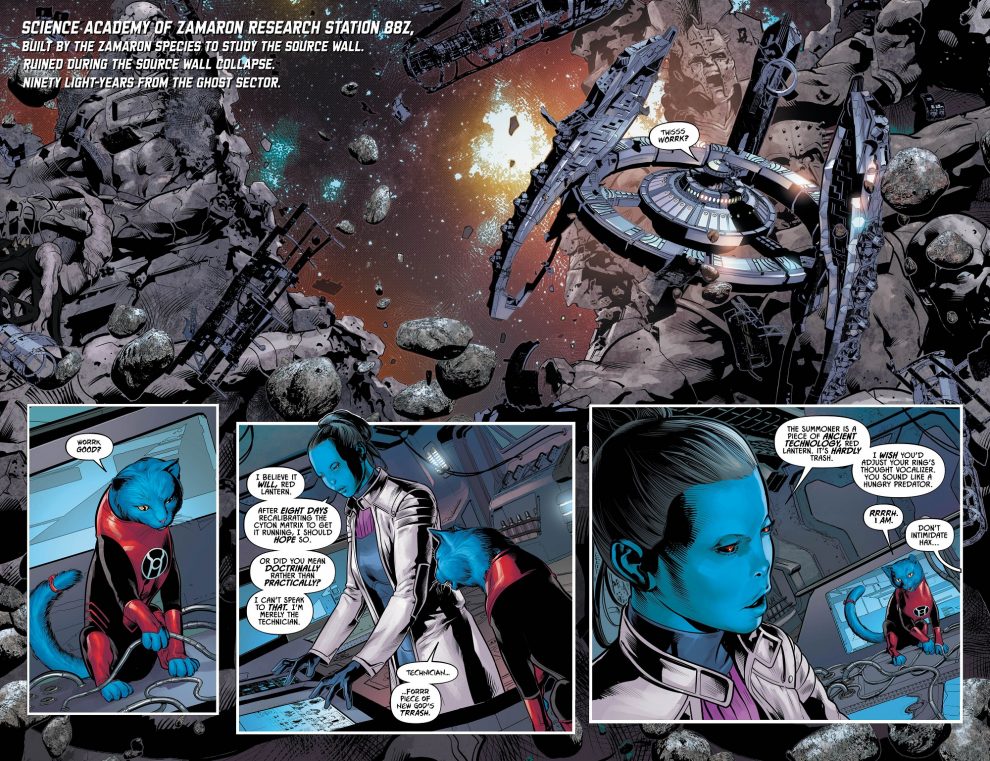 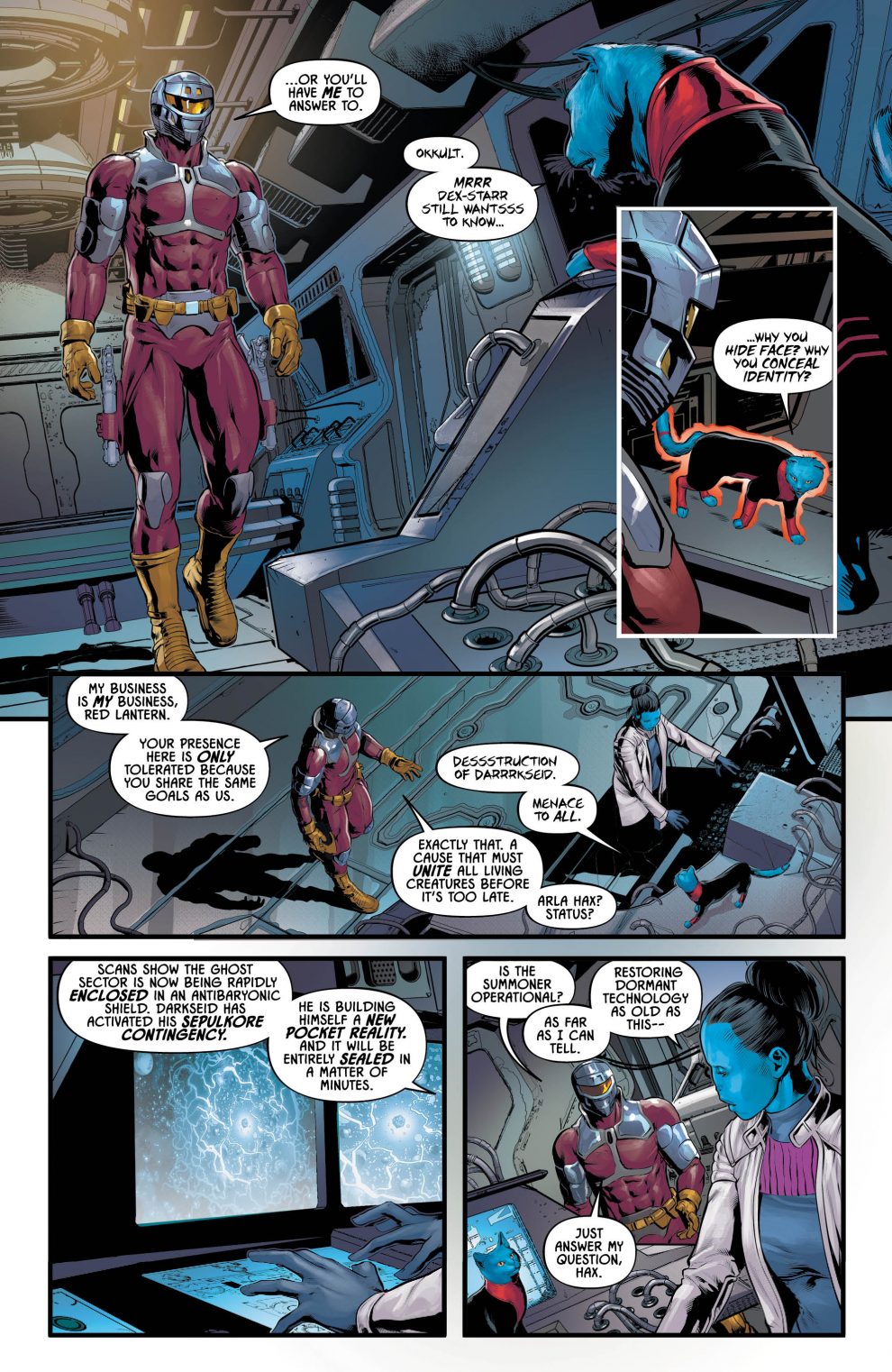 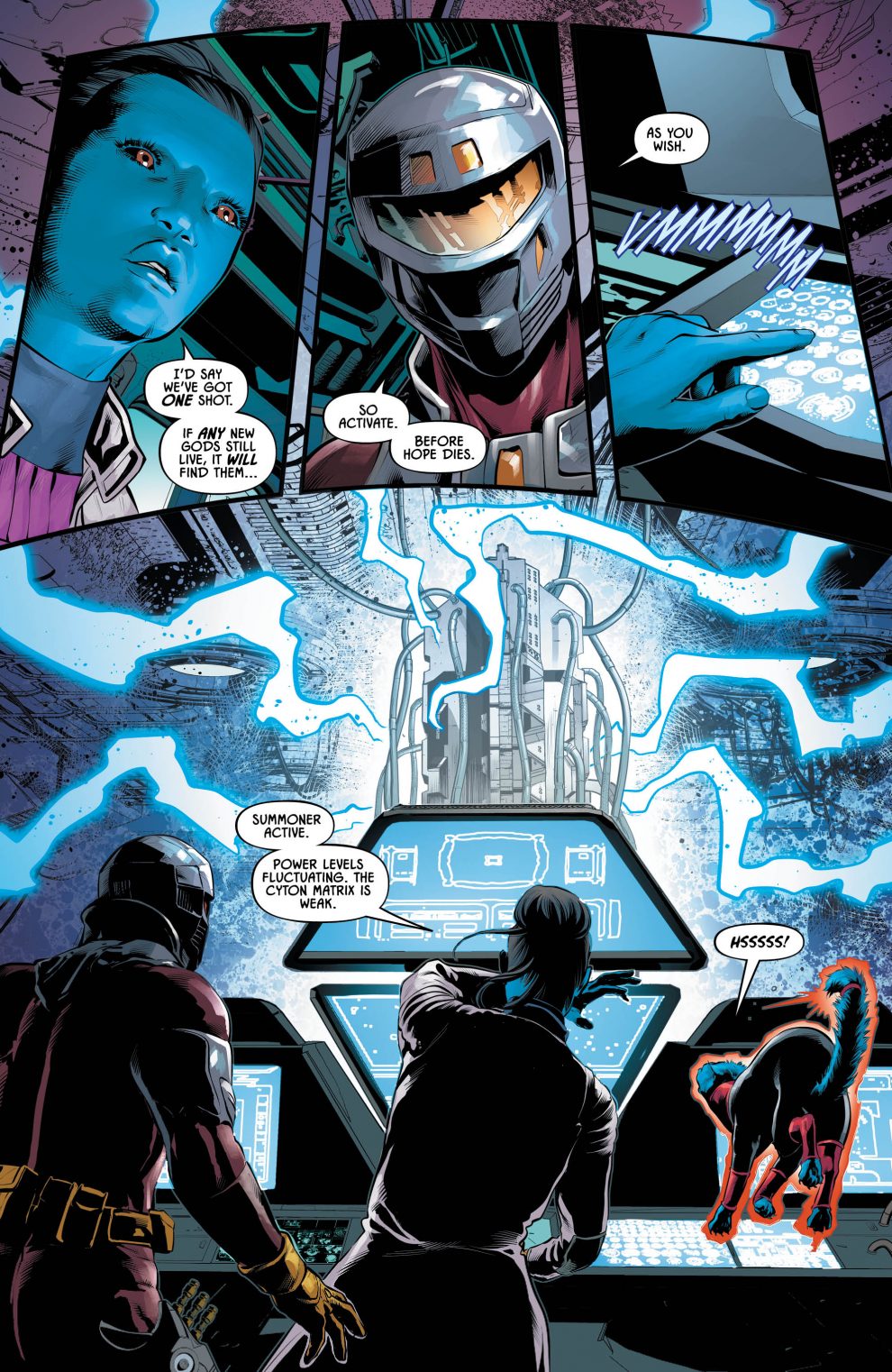 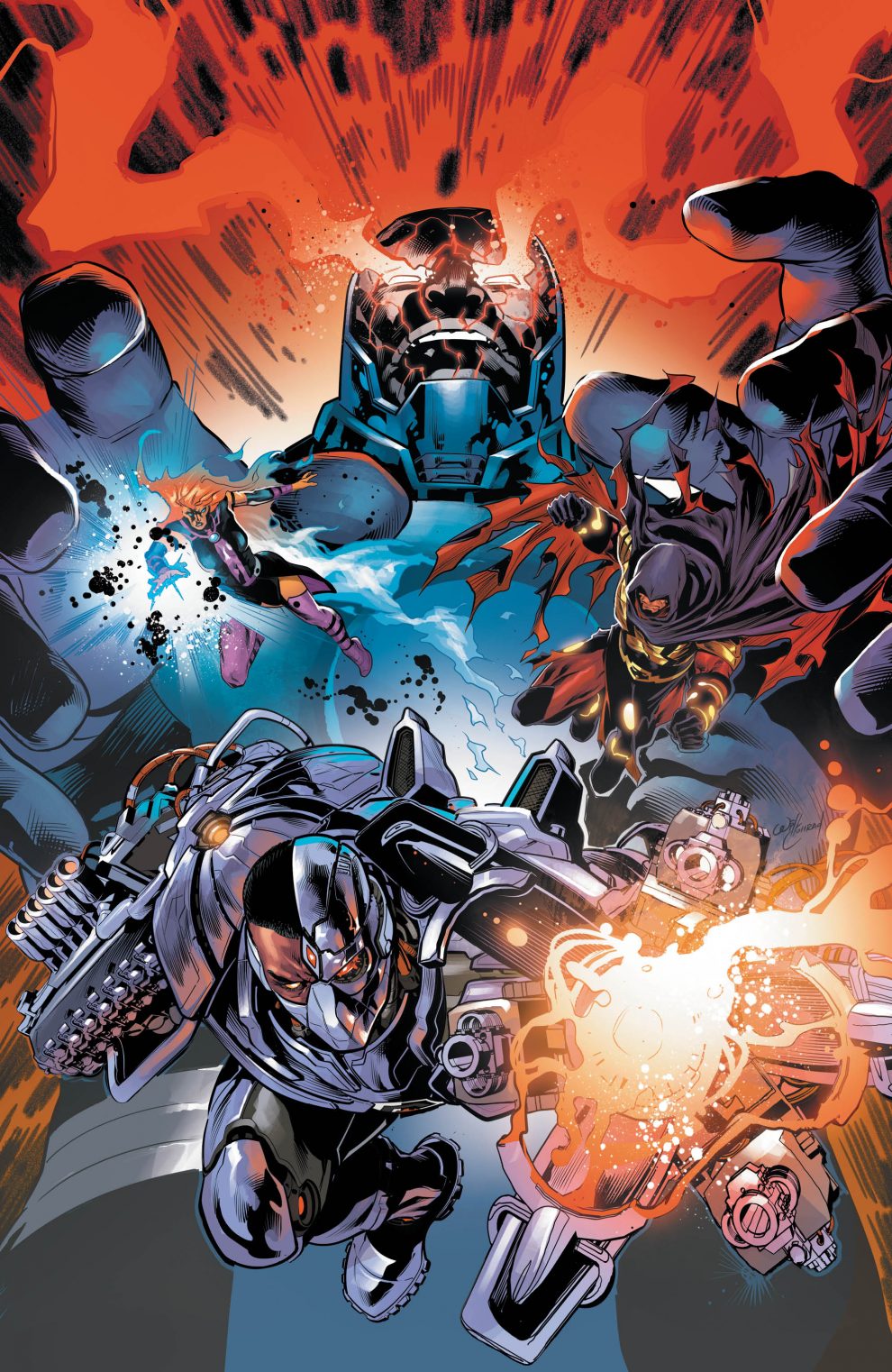 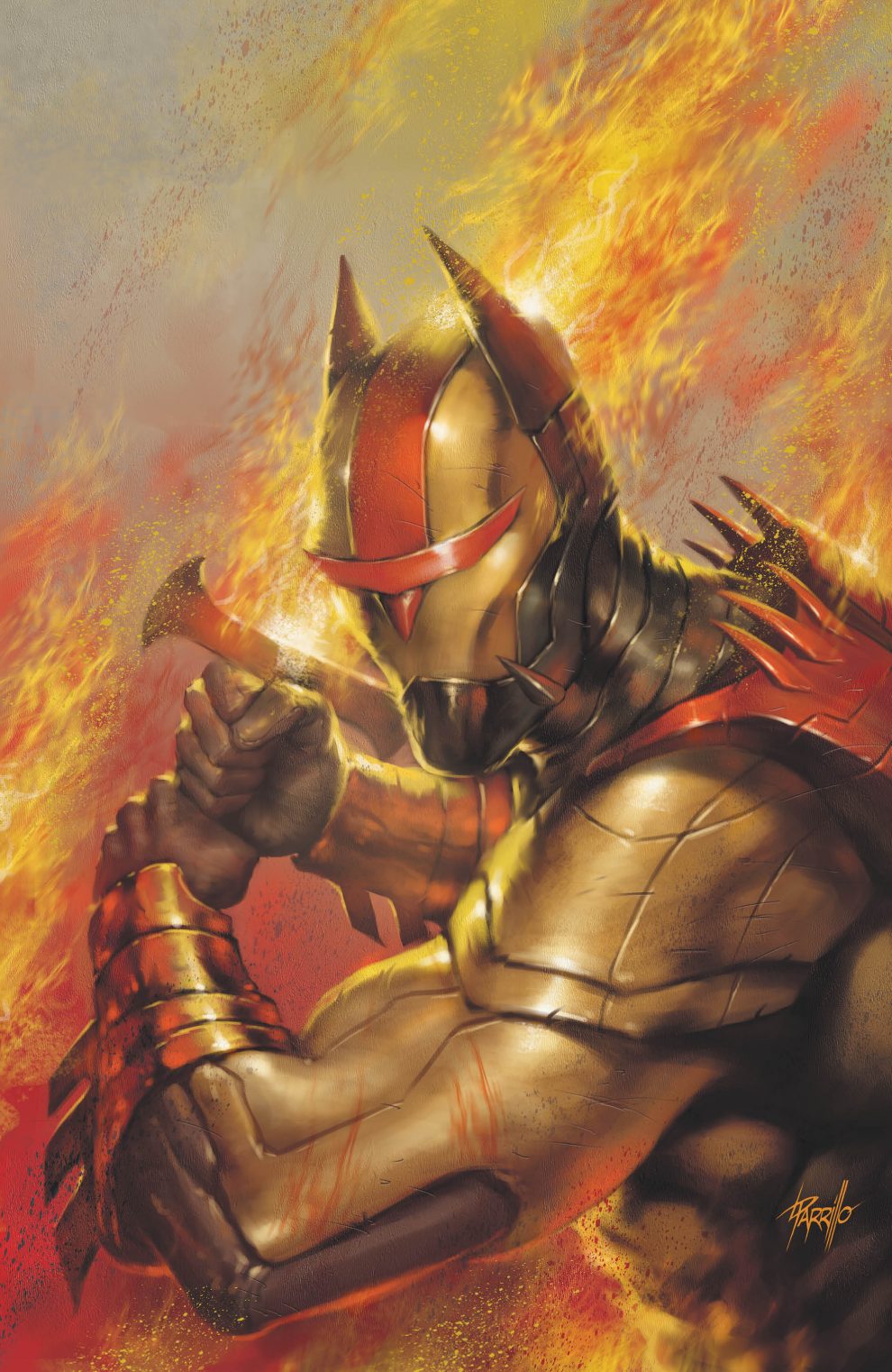 The introduction of new characters can run the risk of deviating the story and dis-engaging the audience. I’m pleased to say that is not what happens here. The bulk of Justice league Odyssey has focused on Cyborg, Jessica Cruz, Azrael, Starfire and Darkseid. This makes the introduction of new characters a refreshing element to the story, rather than a distraction. When one of those characters is Dex-Starr you are onto a winner in my eyes.

After a rocky start to this series, Justice League Odyssey has become my favorite ongoing series, bringing together four often ignored characters with a perfect fantasy blend. All elements are firing on all cylinders right now; the story, the characters, the artwork, the color is pitch perfect for the audience. The lettering in comics is often underappreciated but AnWworld Design curate the pages brilliantly, with an array of fonts and the varying boxes which ease the flow of the story. Justice League Odyssey #13 encapsulates all that is great about this series, while still managing to take some risks and even elevate the story to a new level.