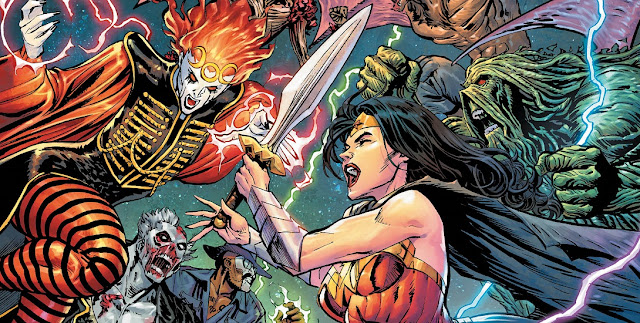 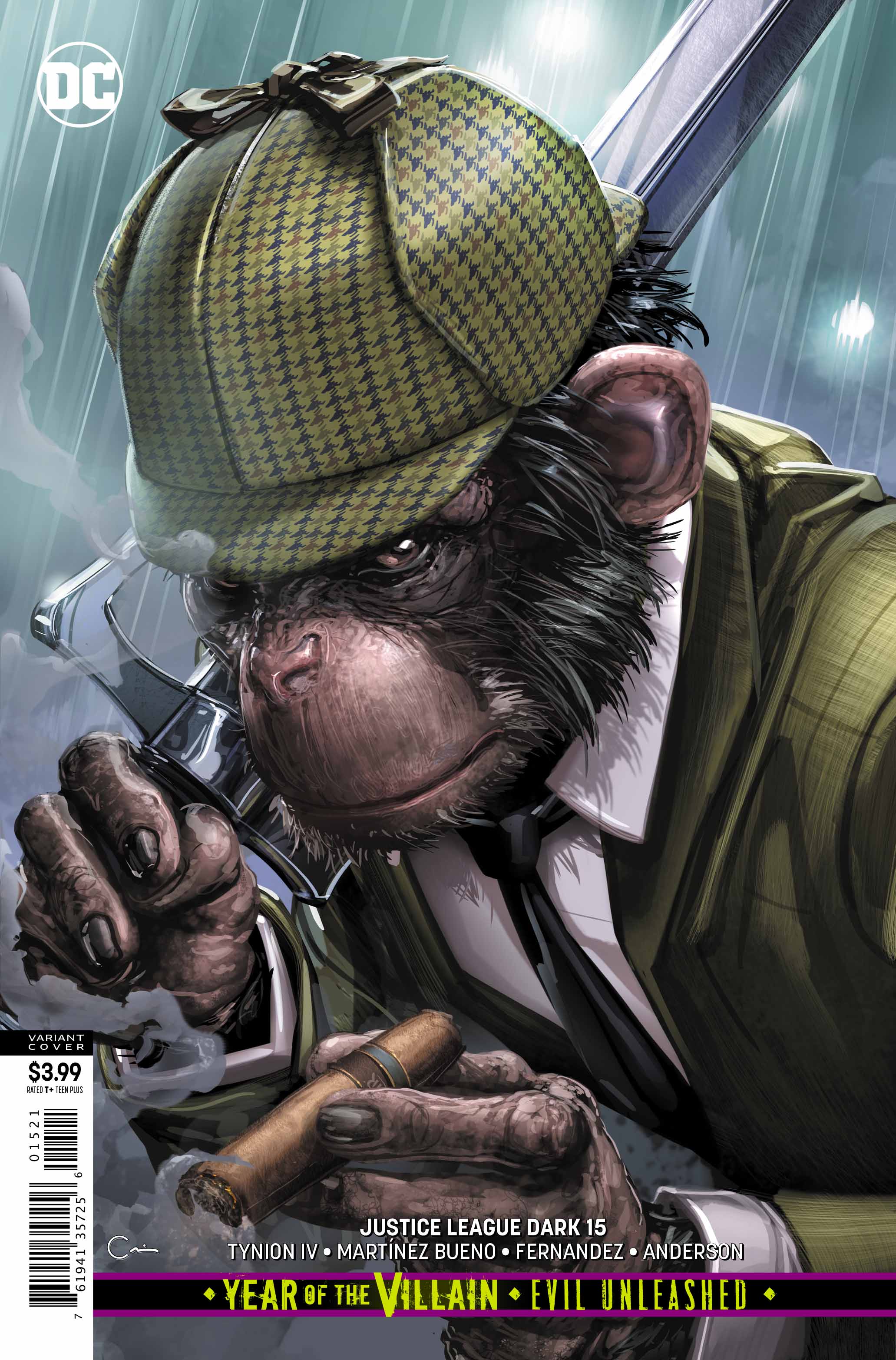 Review by Steve J. Ray
Justice League Dark #15 ups the ante, and the terror. Wonder Woman now knows that Circe has absorbed the power of Hecate and takes steps to thwart her nemesis. Meanwhile, Swamp Thing must face the new threat posed by the Floronic Man and Solomon Grundy, while a mystically brainwashed Man-Bat deals with his own personal changes.
Does anyone read my reviews, or listen to my colleagues and I when we harp on about the greatness that is Justice League Dark, virtually every week on the DC Comics News podcast? This series is great, and it just keeps getting better. In terms of both quality of writing and artistic excellence, this has to be the most consistent title on the shelves. James Tynion IV (congratulations on landing the Batman writing gig, Mr. T) is a writer’s writer. His dialogue is on point, his characters feel like real people and his imagination seems limitless. There’s a scene in this issue featuring Kirk Langstrom which would give a Xenomorph nightmares. 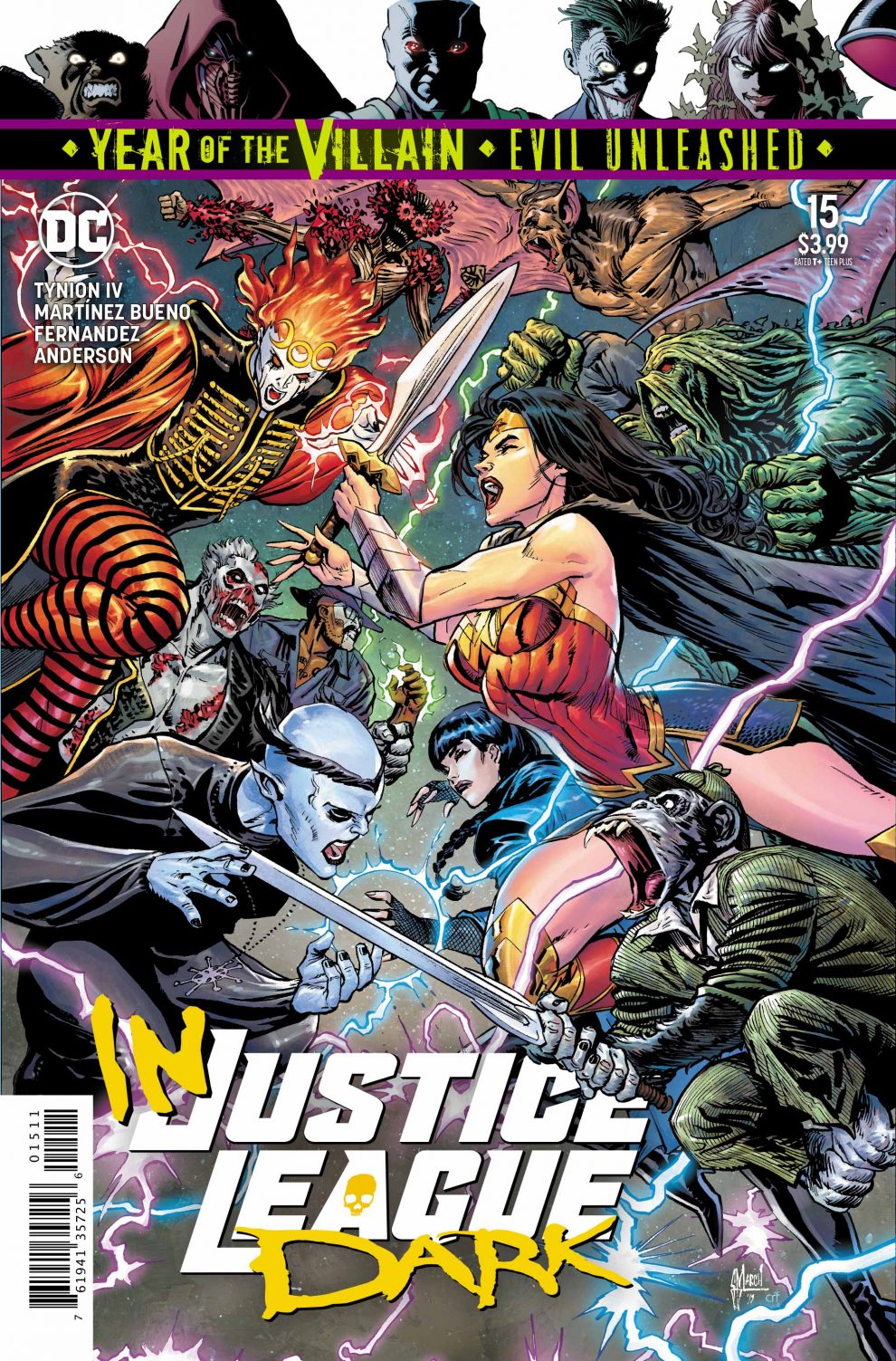 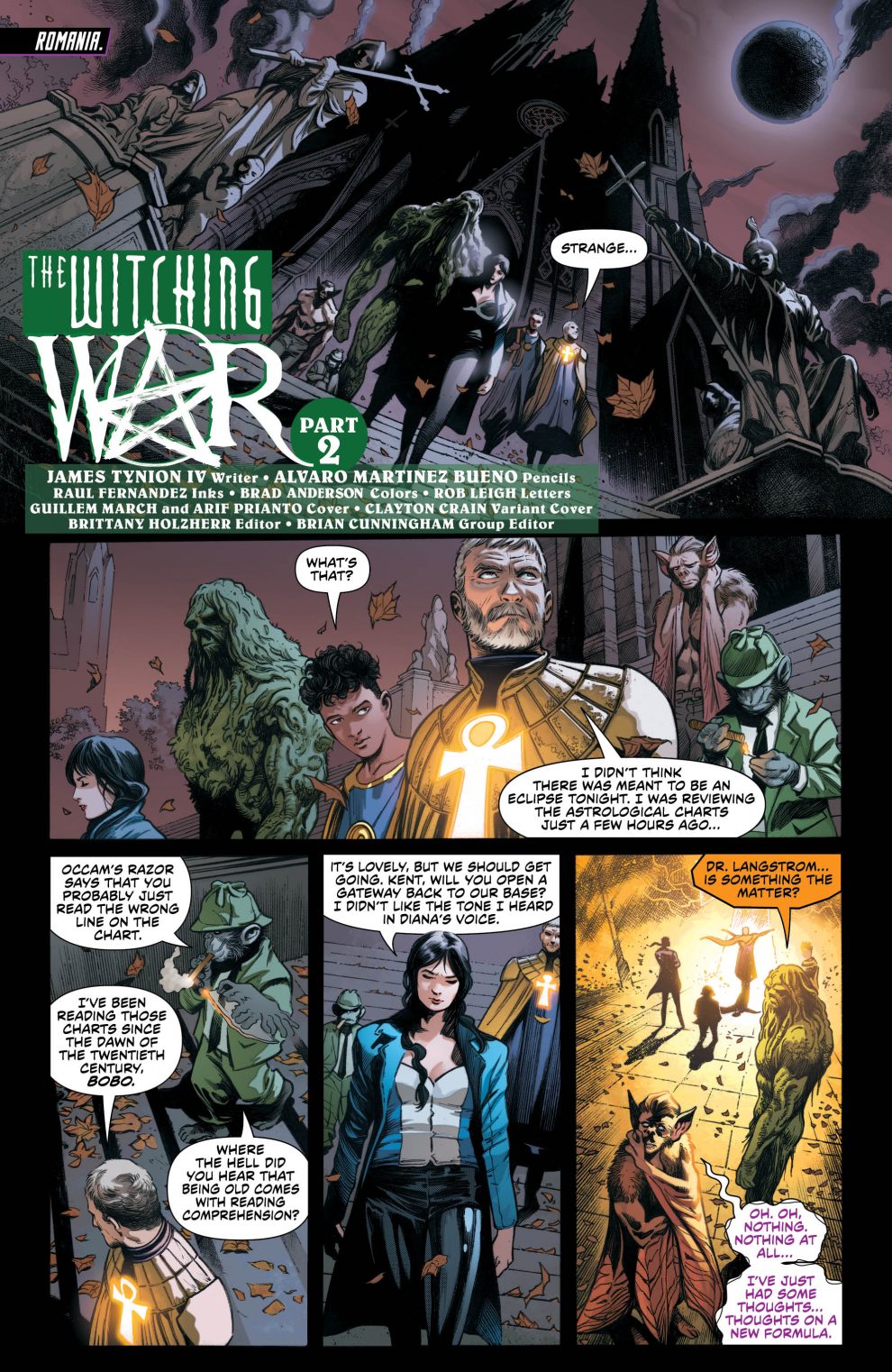 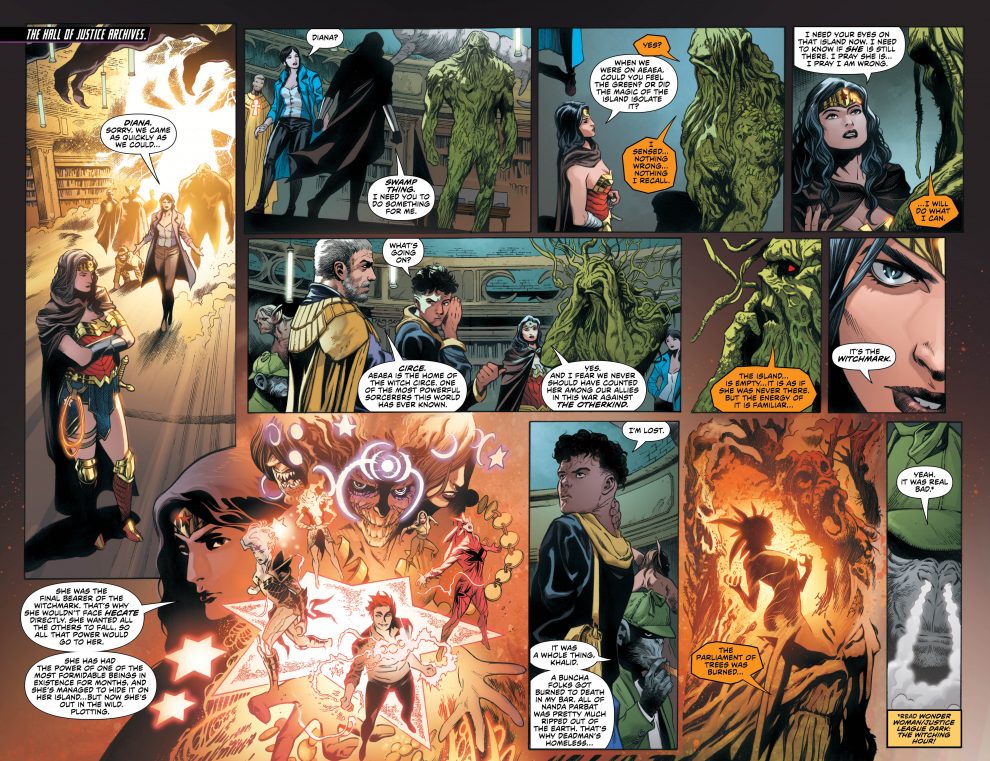 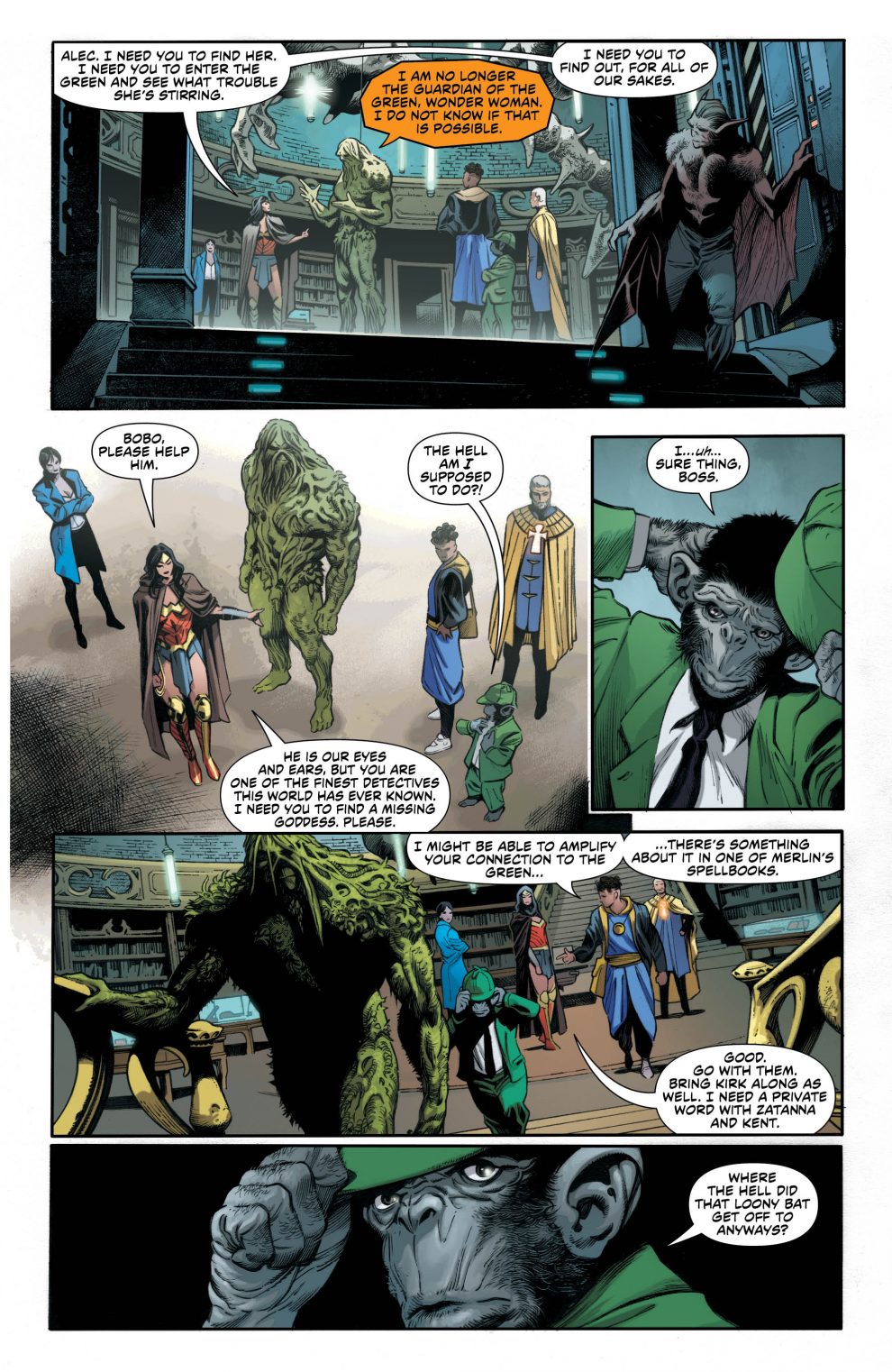 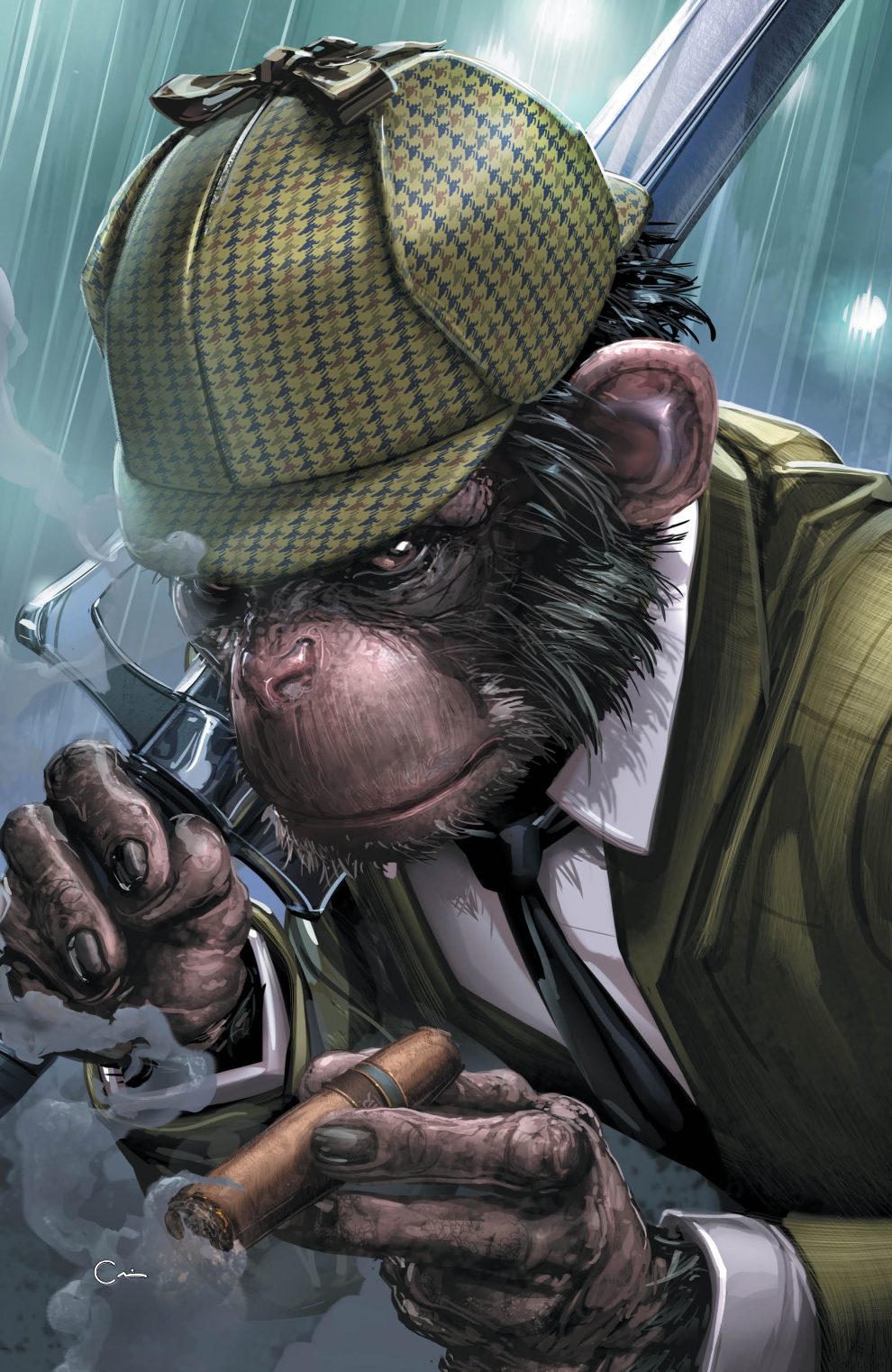 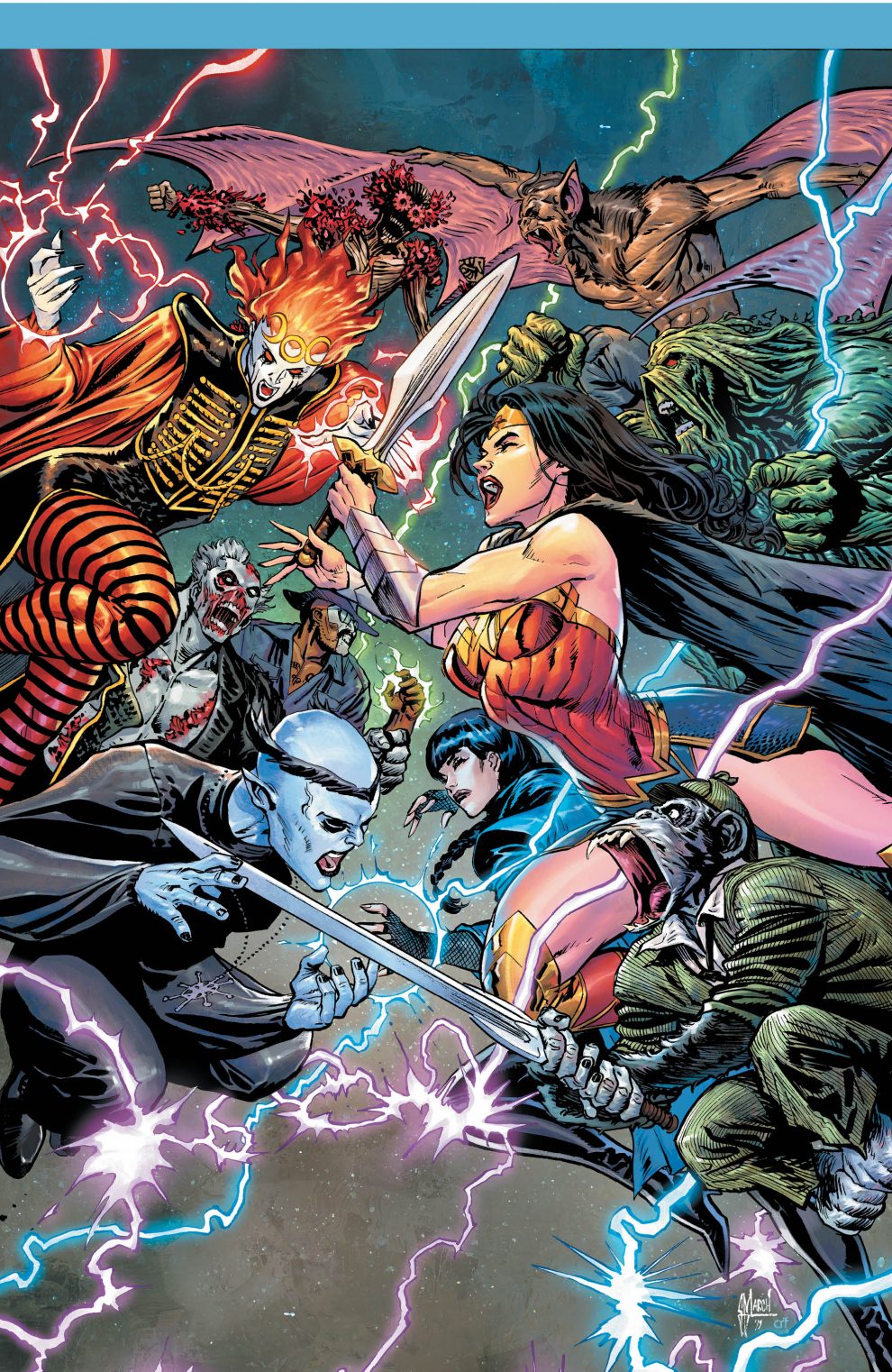 It’s one thing to write a scene, but the way that the triumphant trio of Álvaro Martínez Bueno, Raül Fernandez and Brad Anderson bring them to (terrifying) life on the page is a monthly joy and treat. These guys are the coolest, both as creative talents and with the way the engage with fans on social media. I missed Brad’s colors last month, but he’s back with a bang in Justice League Dark #15. If you’re one of the enlightened that buys this book every month, then check out the cold, scary backgrounds and atmosphere on pages 6 and 7 and then feel the contrast when moving to tropical climates on pages 8-11.
Alvaro’s pencils and craftsmanship continue to impress, add to that the way that Raül’s textured, detailed inks add yet more layers to already incredibly complex work, and my mind is consistently blown. Pages 10-12 are simply beautiful. These three artists are at the top of their game.
Rob Leigh deserves credit, not just for the quality of his work, but for the quantity; he has to be one of the most prolific letterers out there, and his work is wonderful.

I don’t know if anyone’s noticed, but I love this series. Do yourselves a favour, buy it, read it, love it.