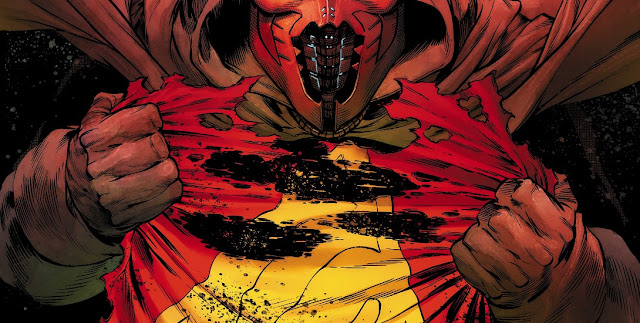 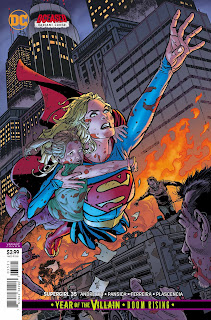 Writer: Marc Andreyko
Artists: Eduardo Pansica and Julio Ferreira
Color Artist: Fco Plascencia
Letterer: Tom Napolitano
Review by Adam Ray
Summary
Supergirl #35 has drawn everyone right back in, after the shocking climax of the previous issue. We hear everything about Supergirl’s reunion with Jeremiah as he gives us all the insight we need into Leviathan's strange and monstrous acts, while Supergirl was off world. We’re then met by two deeply insidious figures that give our heroes a hard time, when a third who swoops in, unsure if they’re a friend or foe. Meanwhile, Brainiac has gained a way into the Fortress of Solitude, and his fumbling attempts at growing Coluan life has produced horrific results. 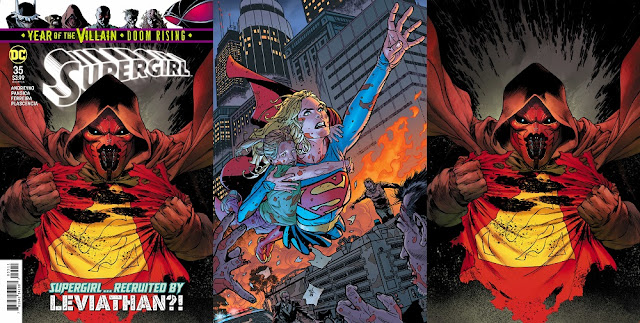 The burning questions hanging from last issue have been answered, without taking away any of the mystery. We also get a lot of satisfying father and daughter interaction between Supergirl and Jeremiah; they laugh together, and mourn together.
Leviathan's plans are very interesting too, as removing many of the international security agencies can let a shady organisation like theirs do just about anything. Therefore, they must be planning something major, to put it mildly, given the extent they’re removing rival and opposing organisations. The leaders are intensely mysterious and dangerous, which makes the story all the more exciting. 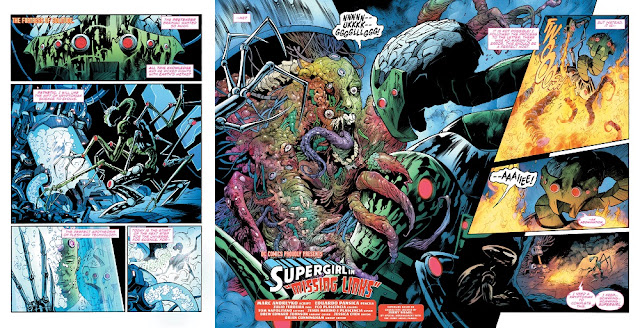 It’s very nice to receive all the information about who Leviathan are and what they’ve been up to; how mercilessly they've eliminated members of security agencies, but for anyone not reading the ongoing "Event Leviathan" or "Year Of The Villain" series, it could be a little confusing. We're simply told about Leviathan's acts, but aren’t given the chance to see or feel the weight of them. A simple montage with Jeremiah’s narration, instead of us seeing the characters walk and talk would have much better. 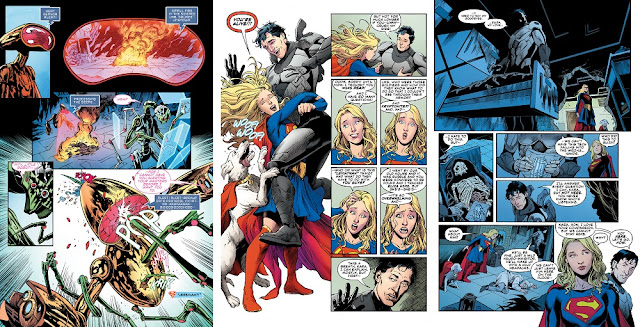 Verdict
Supergirl #36 delivers a lot of information, including multiple clues that Supergirl will soon have to handle multiple villains all at once. Her return to earth is causing her a ton of trouble, and future issues will bring us even more confrontation.