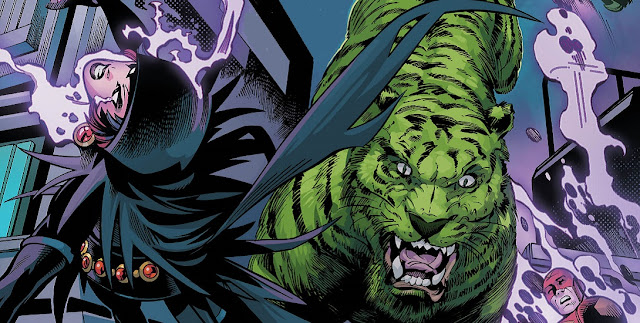 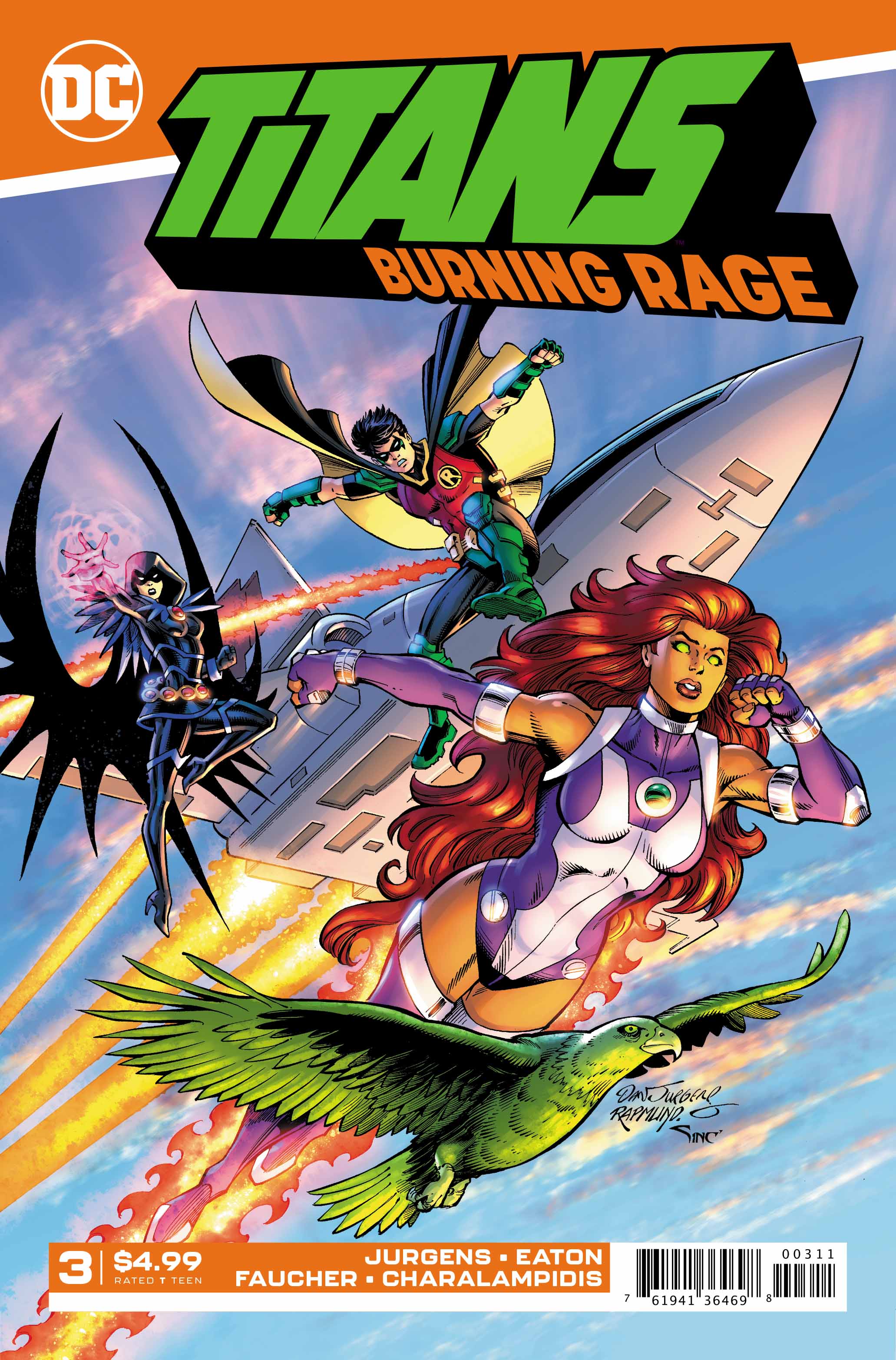 Titans – Burning Rage #3 seems to wrap up the Fearsome Five tale which started in issue #1, but the menace of H.I.V.E. remains, and Raven’s runaway powers also help make the issue a fascinating read.
Back in the halcyon days of the New Teen Titans, Raven was always one of my favorite characters. Though I’m gradually getting used to her 21st Century look (I still far prefer the long haired George Perez version) seeing her character remain consistent makes me happy. In theory Raven is one of the most powerful magic users in the DC Universe, so seeing those powers control her – as opposed to her controlling them – always raises the stakes, and the danger levels, in every issue she appears in.
Dan Jurgens really is a master of comics storytelling, as the way he handles both emotion and action is incredible. This is a writer that makes balance and control look easy. There are many nuances in the way he weaves a tale; leaving clues and answering only a few questions at a time… which is great fun to read. One truly feels rewarded for sticking with Jurgens’ stories, and that’s just as true of this mini-series as it is with his excellent ongoing books, Batman Beyond and Nightwing. 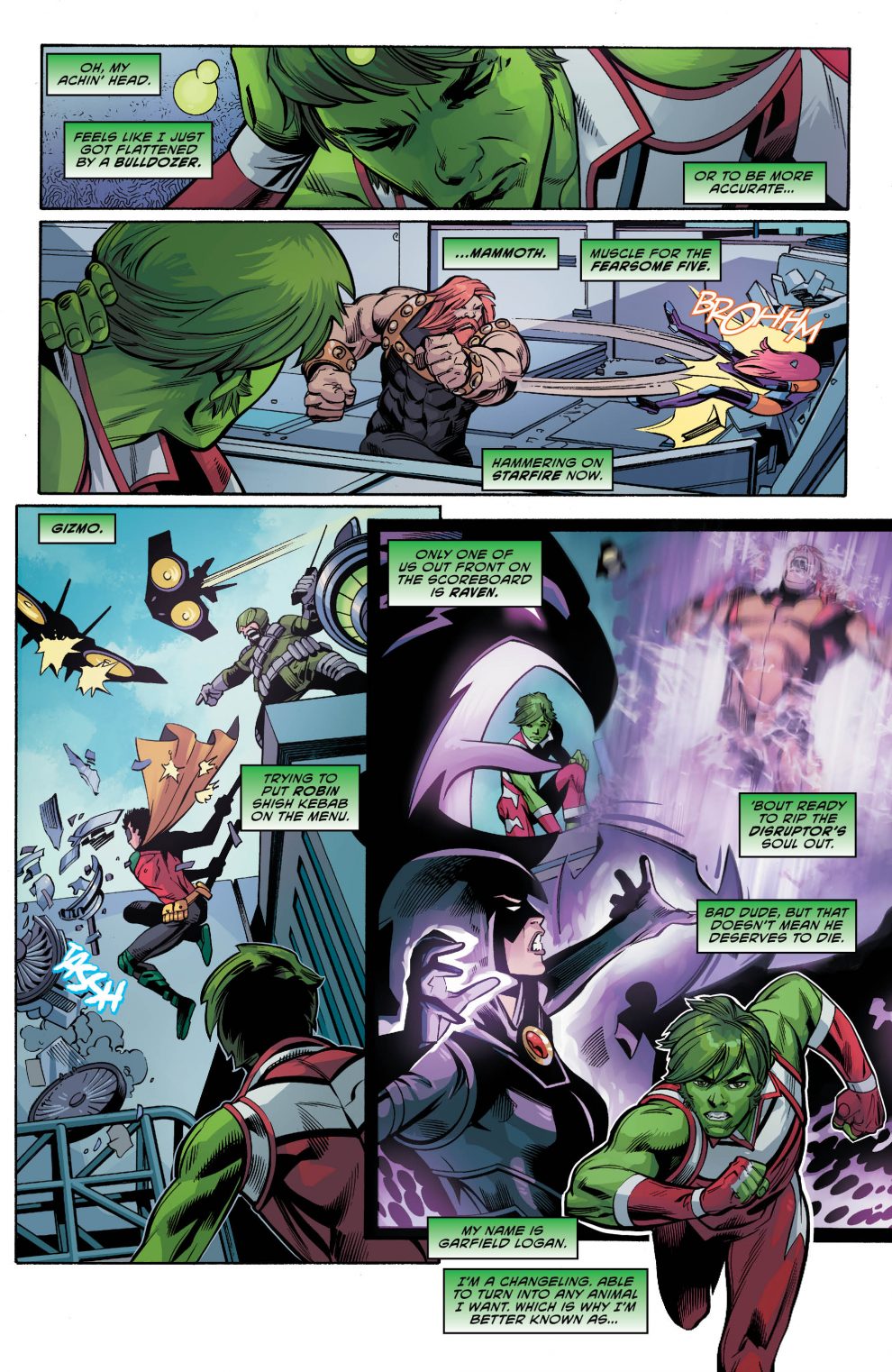 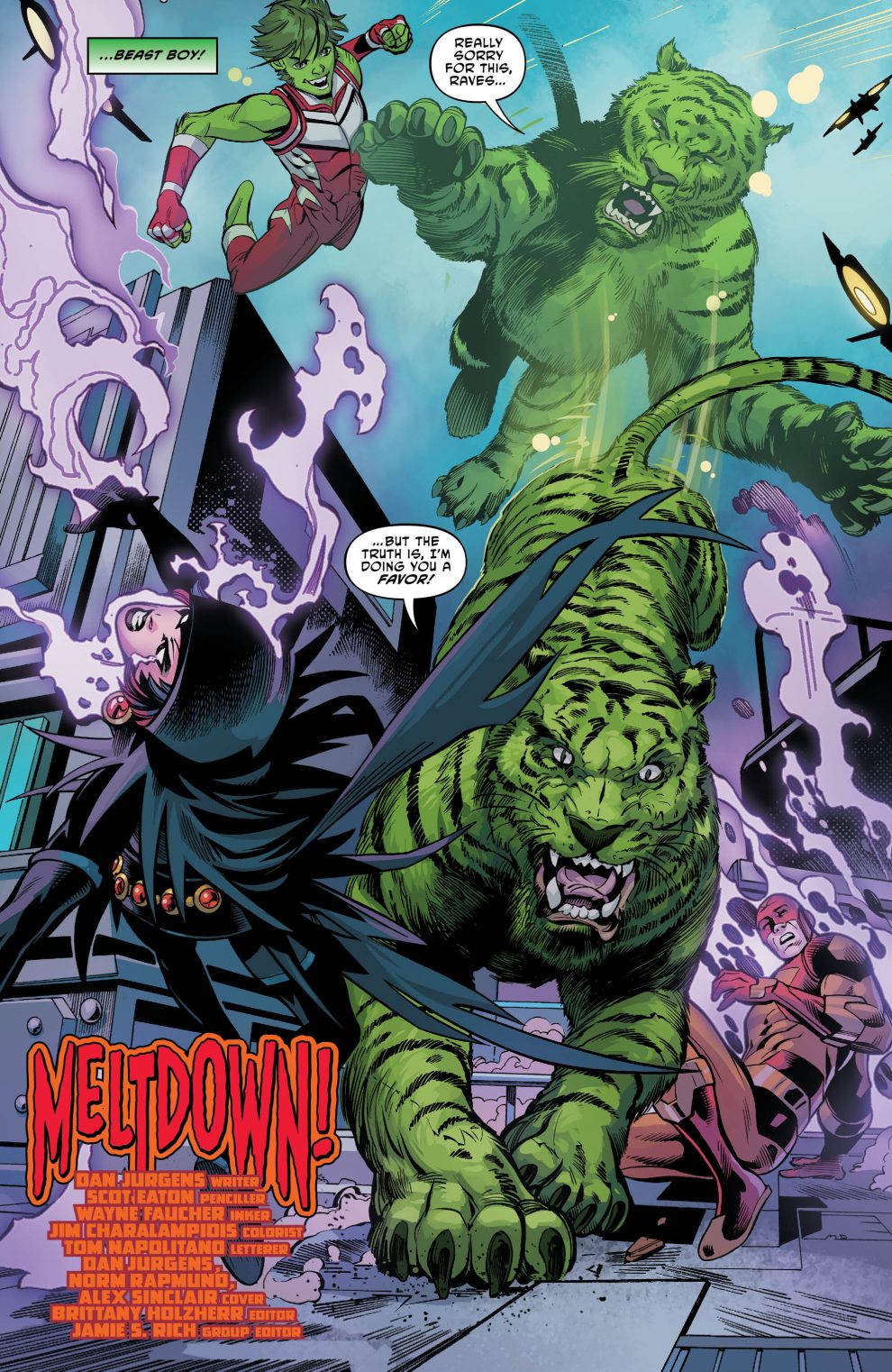 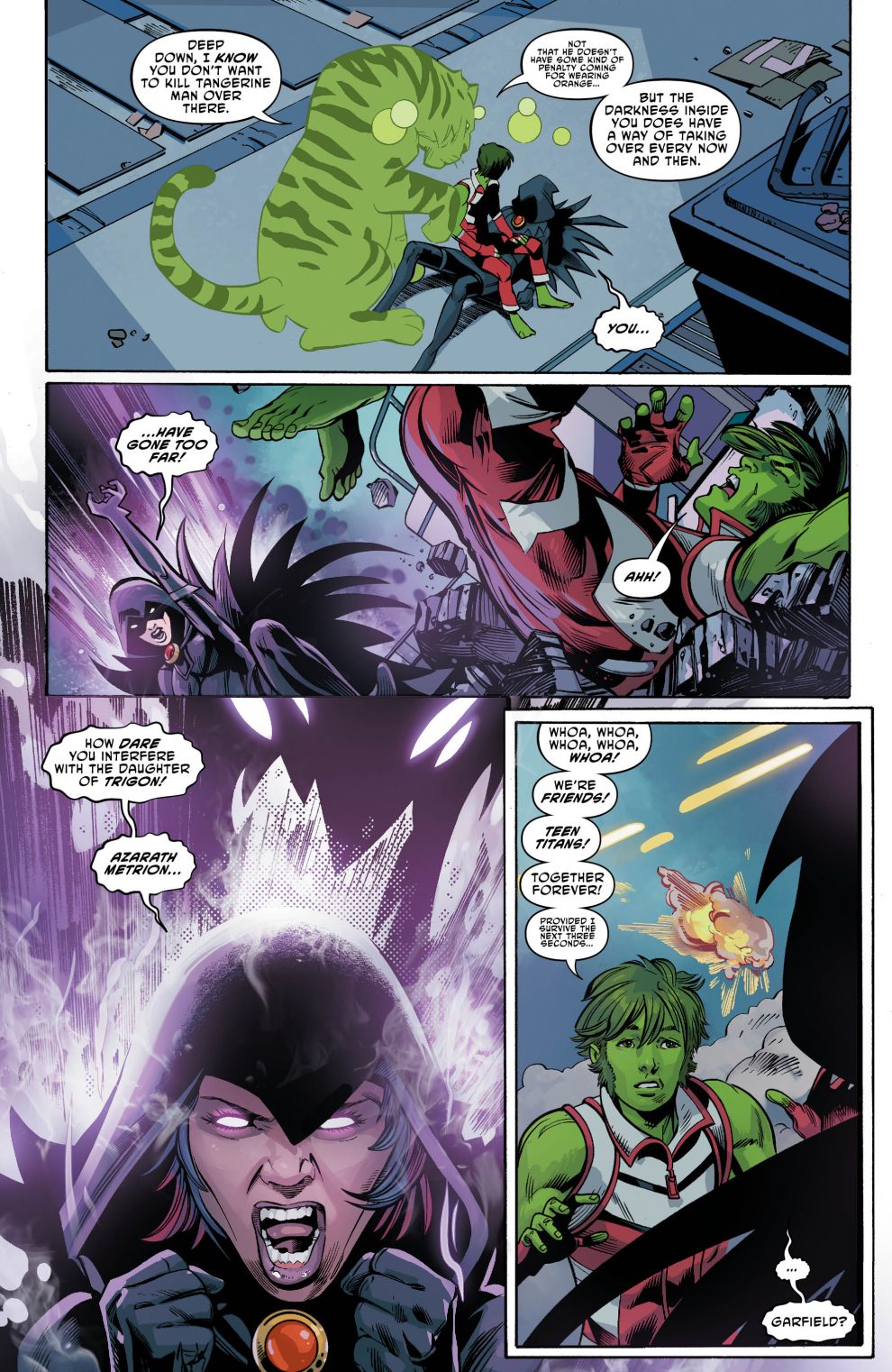 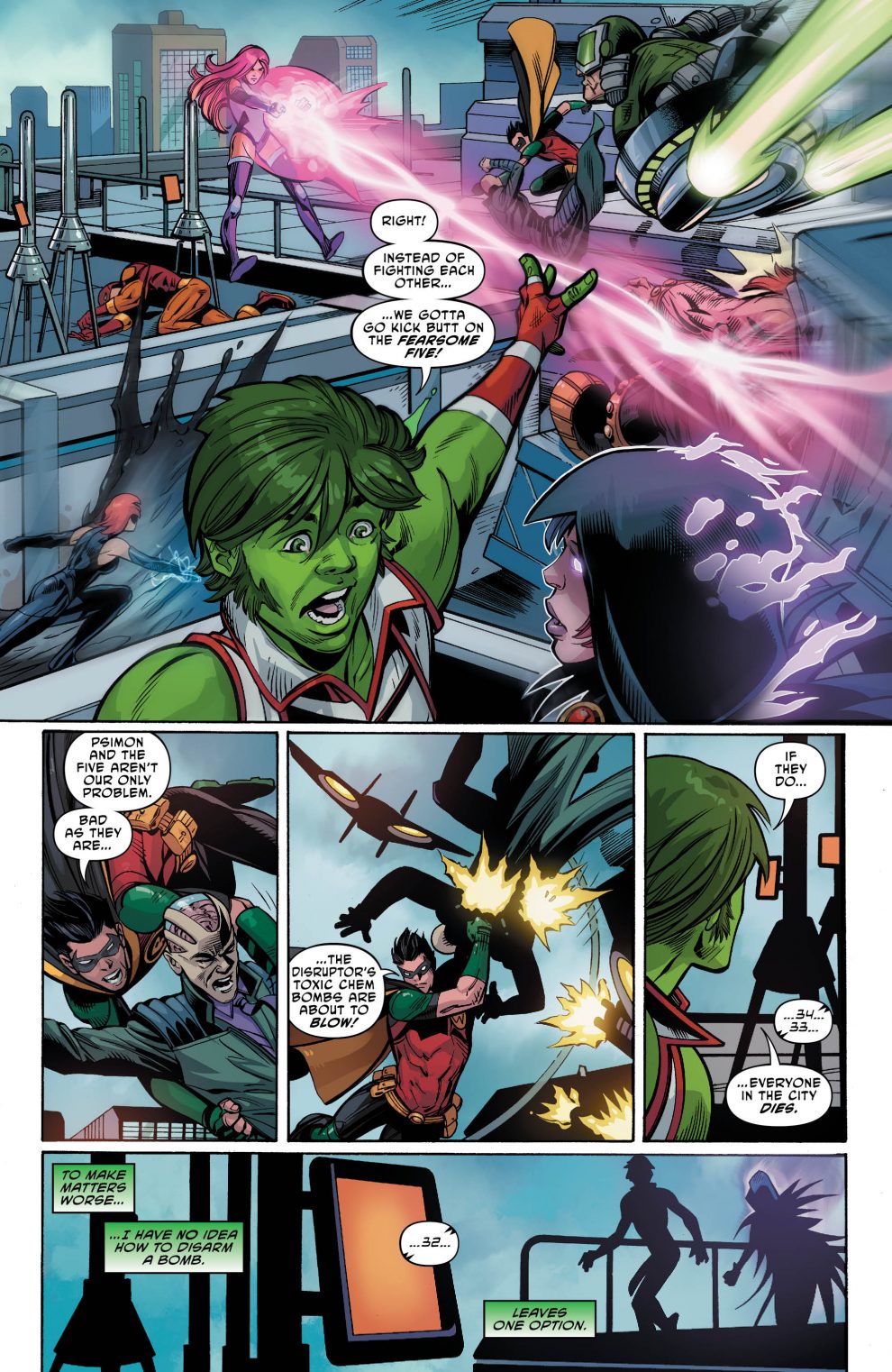 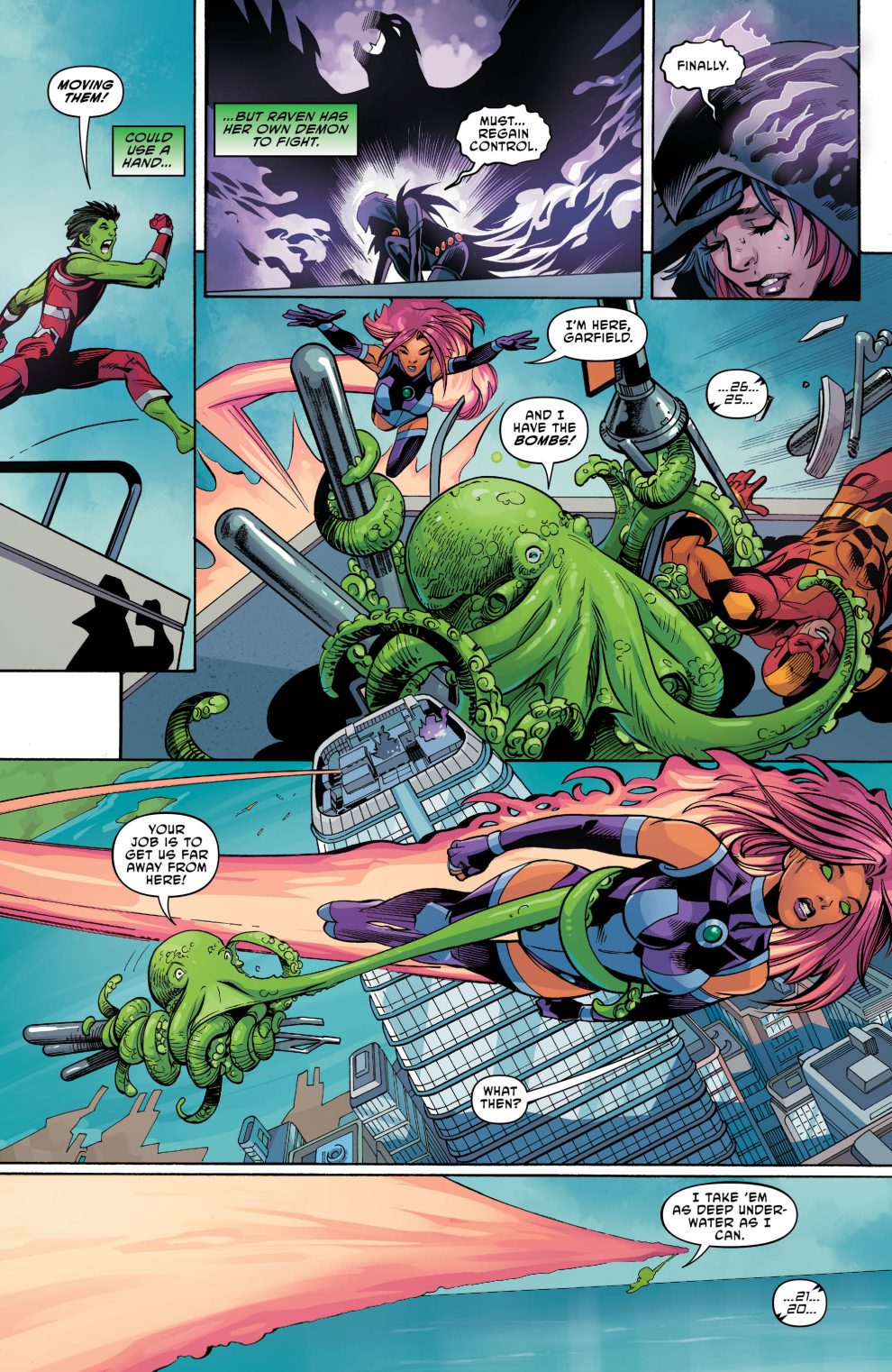 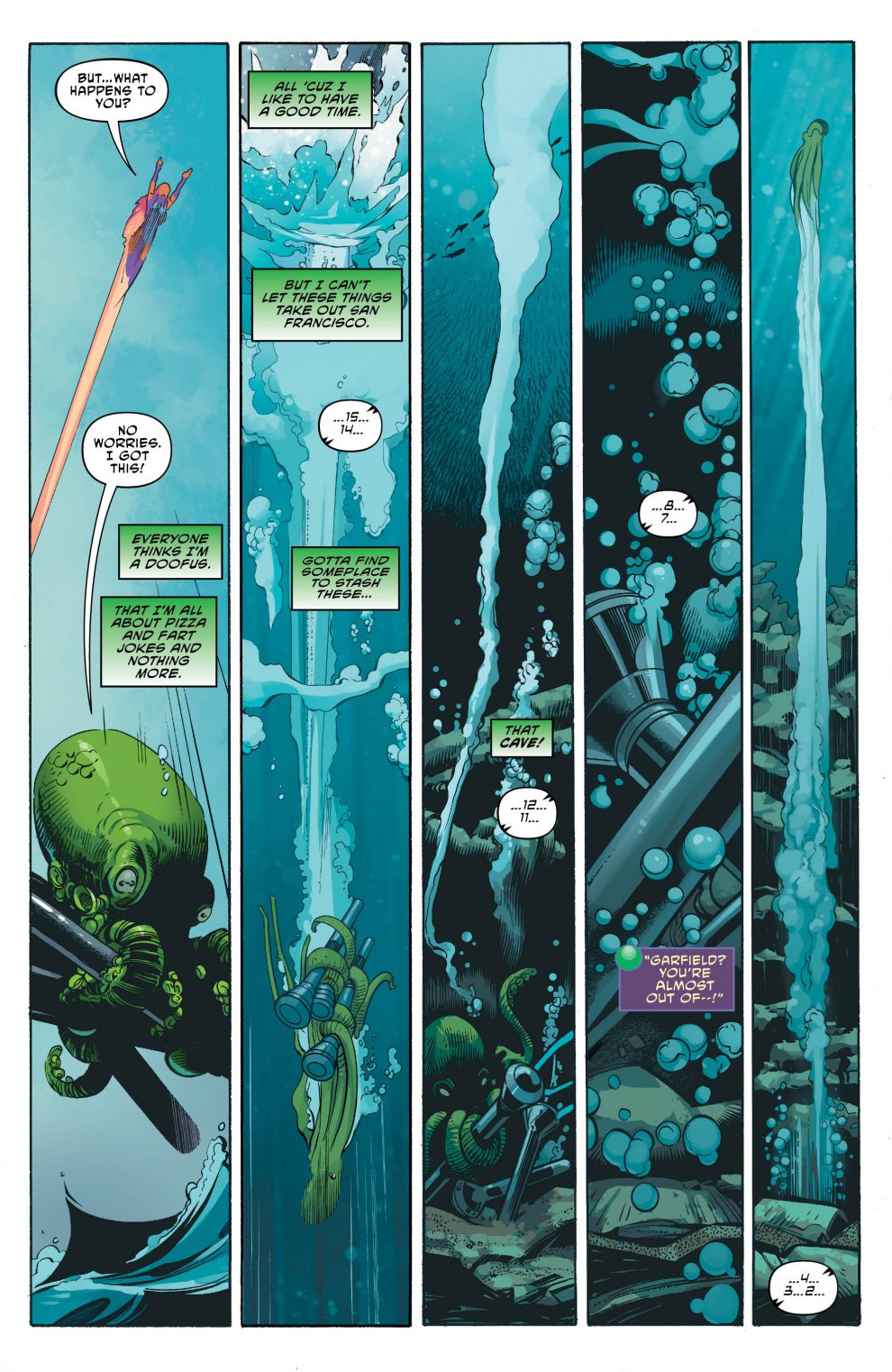 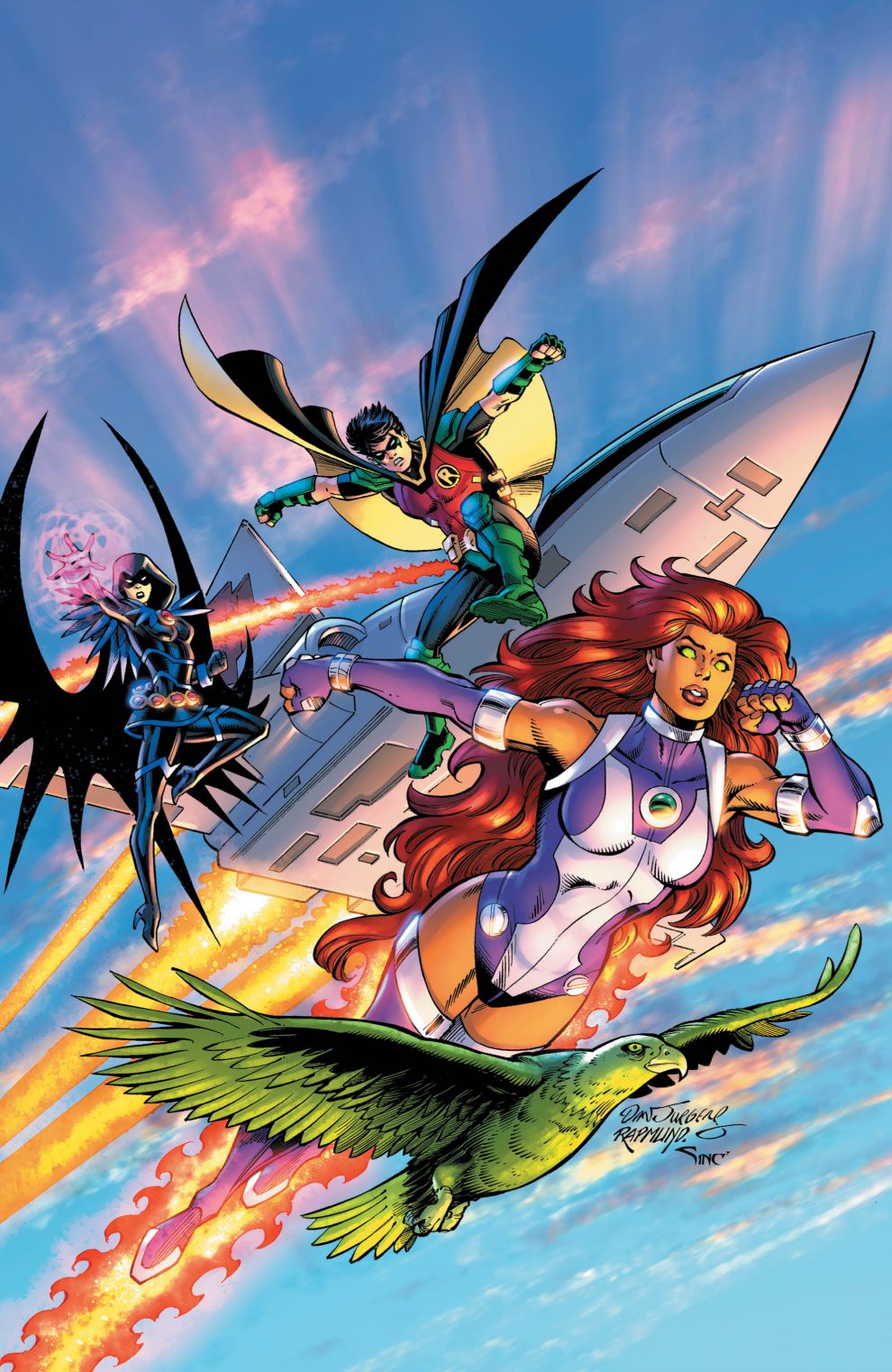 Of course, comics are something we read, but they’re an art-form that relies on both words and pictures in equal measure. This doesn’t just mean plot and line-art, it also depends on great colors and lettering. The team working on this series is one made up entirely of industry pros. Scot Eaton has always been one of the most consistent pencillers in the business, and Wayne Faucher is an inker’s inker; a man who has his own style, but doesn’t smother the penciller’s, making both talents look great in the process.
I’m still fairly new to Jim Charalampidis’ work, but his colors on this book marry perfectly with the line art. Once again, this is a tale of enhancement, where some color artists wash away any semblance of the original art style, the work in this series elevates and completes the work of the penciller and inker.
What can I say about Tom Napolitano’s work that I haven’t already said before, particularly after his stellar work on the recently concluded Batman/Teenage Mutant Ninja Turtles III? Letterers aren’t always appreciated, and that makes me sad. Like successful movie scores, it seems like the work of letterers isn’t meant to really be noticed, it’s there to help tell the story, and not take the audience’s attention away from it. If that’s the case, then Mr. Napolitano succeeds, and has done so for many years. I have to say though, that I do notice, I care and I appreciate. I love comics stories, and I adore comics art… but there wouldn’t be anything to actually read without a letterer.

One threat may be over, but the fact that this series is only a quarter done means that the action is just beginning. Titans – Burning Rage #3 delivered a rip-roaring feast for the senses. I also know though, that all of this is but a juicy entree, set to whet our appetites for the main course yet to come. There have been revelations, double crosses, violence and super-powers gone awry… but I know that’s just the tip of the iceberg.
I’ll be back next month. Join me, won’t you?