Push the Tempo - a Deck Tech on Simic Flash 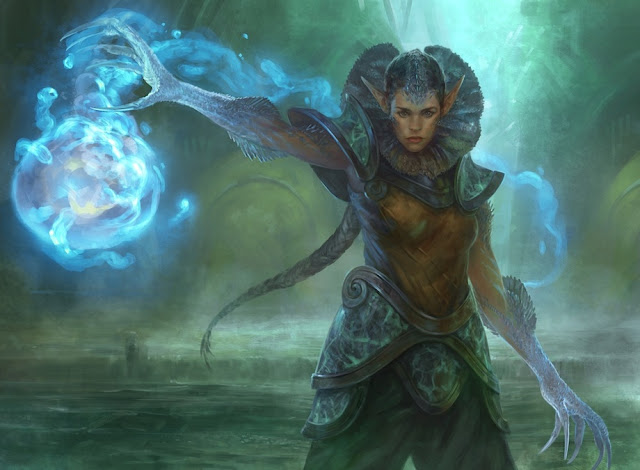 In a world where Oko is turning Food Tokens, legendary creatures, friends, and loved ones into Elk, it's a wonder what can stand up to the menace. Flashing out threats on your opponent's end step and using many Instants to defend them is a time honoured tradition for the Blue/Green colour combination.
Core 2020 gave Magic a suite of strong creatures with Flash. Combined into a deck with interactive spells leads to a strong combination. The suite of Brineborn Cutthroat and Spectral Sailor provide the early game damage that can be snuck in on an end step with no blockers and no summoning sickness. Sailor gives deck the late game card advantage the deck needs, but otherwise doesn't have, meanwhile the ever growing Cutthroats grow out of the range of most Red Removal and has been the source of many won games for me while piloting this deck. The Green splash is also validated with the welcome presence of Frilled Mystic, because who doesn't love counterspell on an aggressive creature? The heaviest hitter, and one of the main reasons to play Green, is Nightpack Ambusher. The boardstate in a box is among one of my favourite card types. If left unchecked, the wolf can fill the board with other wolf tokens. The board stabilises well when you can make seven power over a rotation of the table. 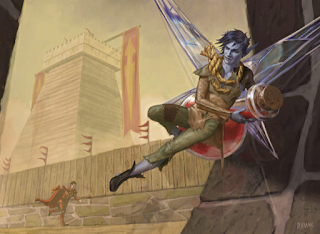 Throne of Eldraine gave the creature package two new friends. Wildborn Preserver is not quite the two-drop that Merfolk Trickster once was, but is still one that I truly love. A Flash creature with reach can block a great deal in the early game. All creatures in the entire 75 are nonhuman, meaning a deck can stay mana efficient and fill up this Elf Archer on a giant fox with many +1/+1 counters. The real allstar from Throne is Brazen Borrower. My favourite Blue, three mana mythic in the set. The moment I saw it spoiled, I knew it was for this deck. Is it annoying that it can only bounce Opponent's permanents? A little. Is it annoying that I can't block other creatures? Not really, it's a three power Flyer in Blue.
The deck has a plethora of interactive spells to consider in this deck, and current lists are playing some of the best. Sinister Sabotage is your bread-and-butter counterspell. The card selection from the Surveil is also very welcome. Since the Field of the Dead banning and Oko wearing the format like an Elk-shaped crown, Simic and Sultai midrange decks have began to reappear, putting Essence Capture at a lovely premium. Countering a Questing Beast and growing your Borrower or Sailor has been speeding up the clock since Mono Blue was the top dog in Tempo. Quench is the tempo counterspell of the early game, and while it's no Mana Leak, it serves the role very well. A healthy number of Unsummon can save a creature of yours or get rid of a pesky blocker. And this a Green Creature deck, so why not play Once Upon a Time? 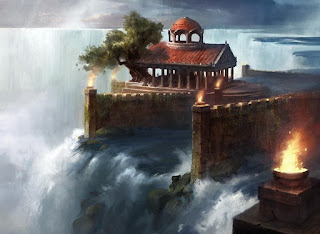 The mana base is sufficiently cut-and-dry with sets of Breeding Pool and Temple of Mystery for consistency. Some versions play copies of Fabled Passage for thinning - though I personally avoid it as it doesn't provide Blue in the early turns, behaving much more like Evolving Wilds, on the key turns when you need to have access to your mana. Many lists play a single Castle Vantress, giving you repeatable card selection as you shift into the late game.

The sideboard is a dealer's choice for right now. M20 and Eldraine gave Standard lots of generic but versatile sideboard options which I personally use to full effect. Negate never goes amiss, as the most played Counterspell in the history of Magic. Aether Gust can send away the pesky Red creatures and an Oko on the stack. Veil of Summer is accidentally one of the strongest sideboard cards in all Green and is considered in many more formats than Standard. Shifting Ceratops is a threat that can't be sent away by Teferi, nor Elk-ed, and is welcome in this deck indeed. I like to include some number of Sorcerous Spyglass, to stop the peskiest planeswalkers at their worst.

Simic Flash is a strong stride into the tempo archetype, and is one of my favourite decks in Standard past and present. 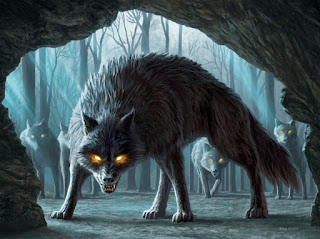