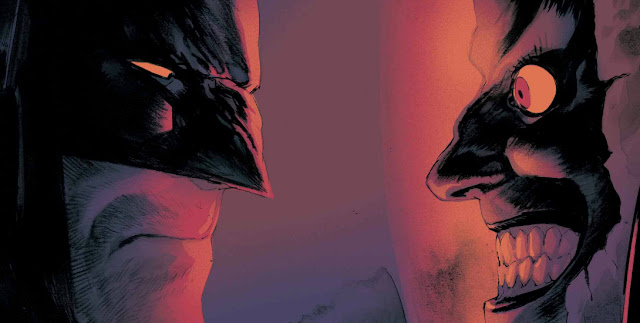 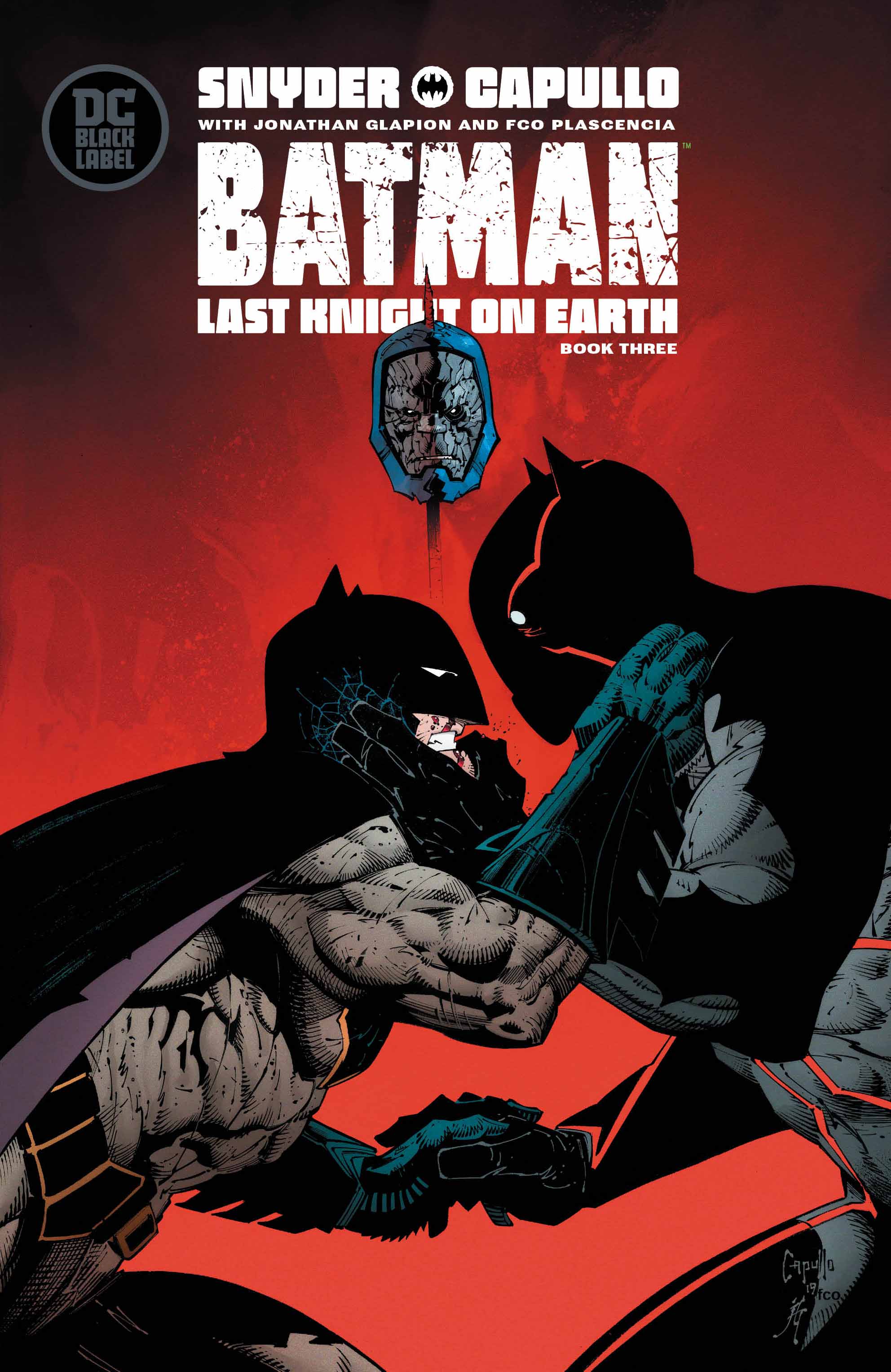 Batman: Last Knight On Earth #3 delivers a fitting end, not just to this saga, but to Scott Snyder’s entire epic bat-opus, which goes back to before the New 52 era.
There’s no doubt whatsoever that Scott Snyder and Greg Capullo will be forever remembered as one of the all-time great Batman creative teams. Their work on the main Batman title, on Dark Nights: Metal, and on the comic I’m here to review, can be spoken about with the same levels of reverence and respect as O’Neil and Adams, Englehart and Rogers and Grant and Breyfogle, in my honest and humble opinion. They have examined Batman’s past, present and future, redefining the character and also underlining the aspects that made him great in the first place.
The beautiful part for me, though, is the fact that this saga has run through various titles, both ongoing and mini-series, each one referencing and building on the other, yet each strong enough to stand alone. Fans can enjoy “The Court Of Owls” saga, “Metal” or “Last Knight On Earth” as their own stories, but will enjoy a far richer reading experience if they’ve followed the saga in its entirety. 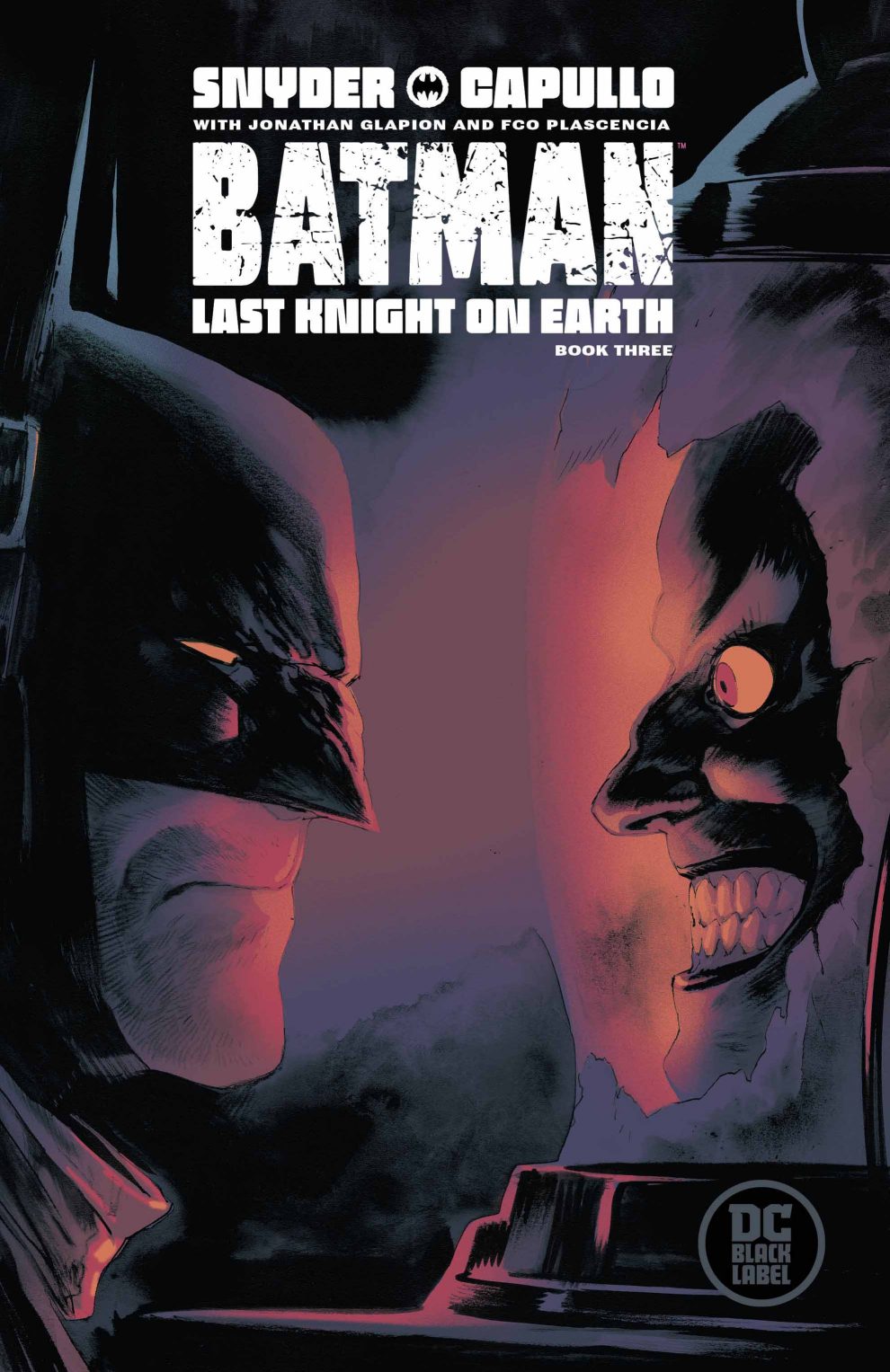 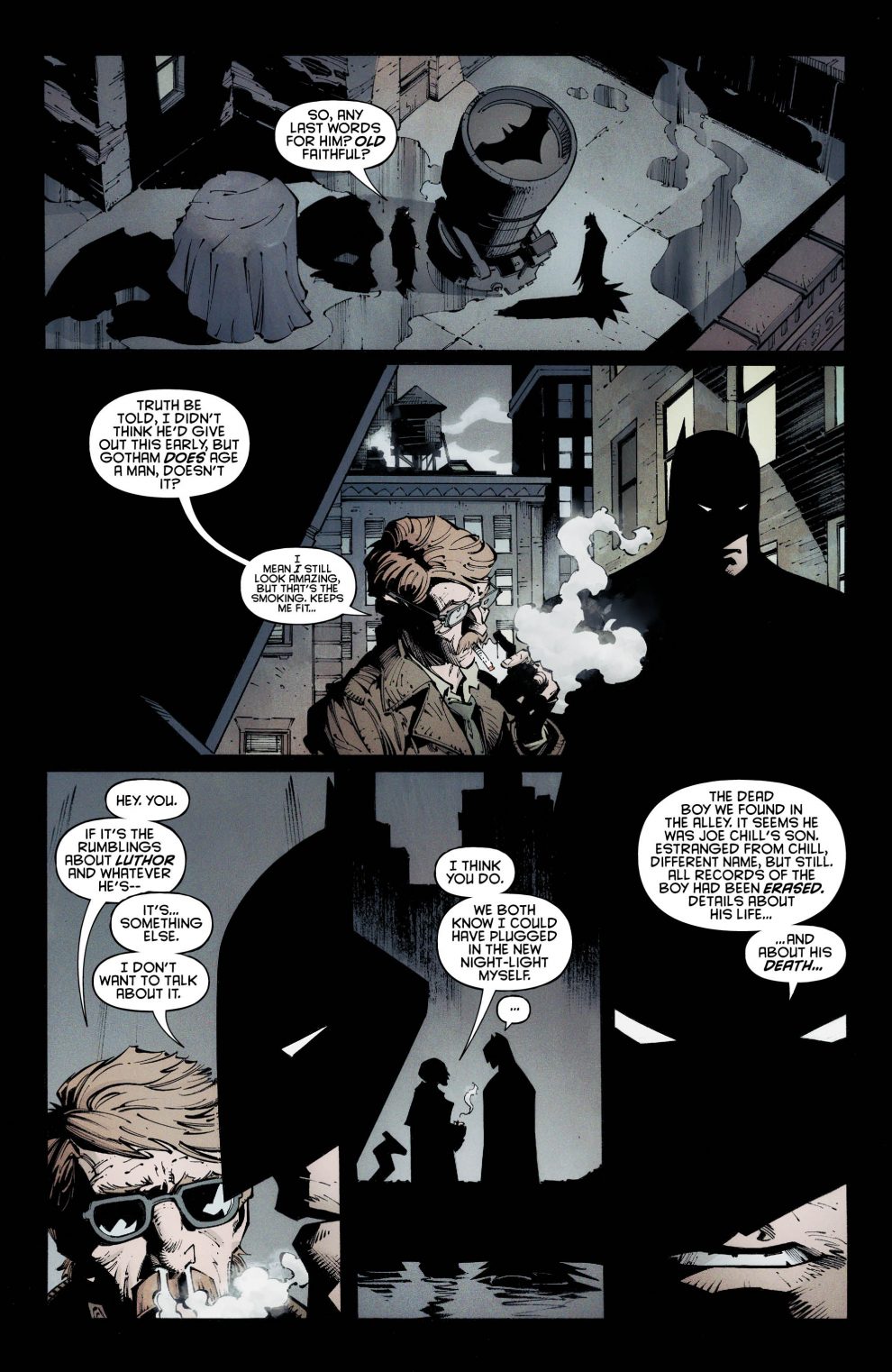 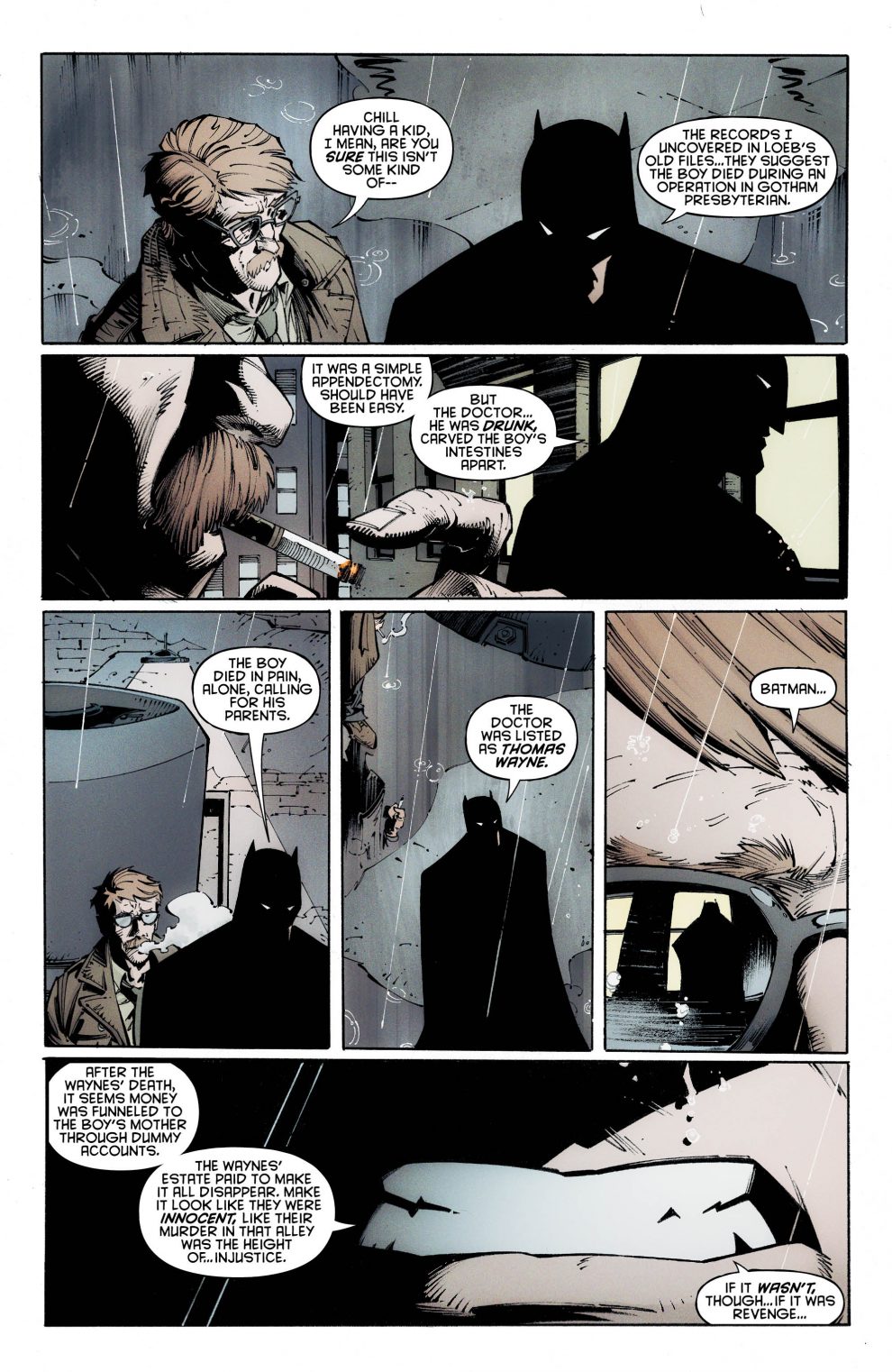 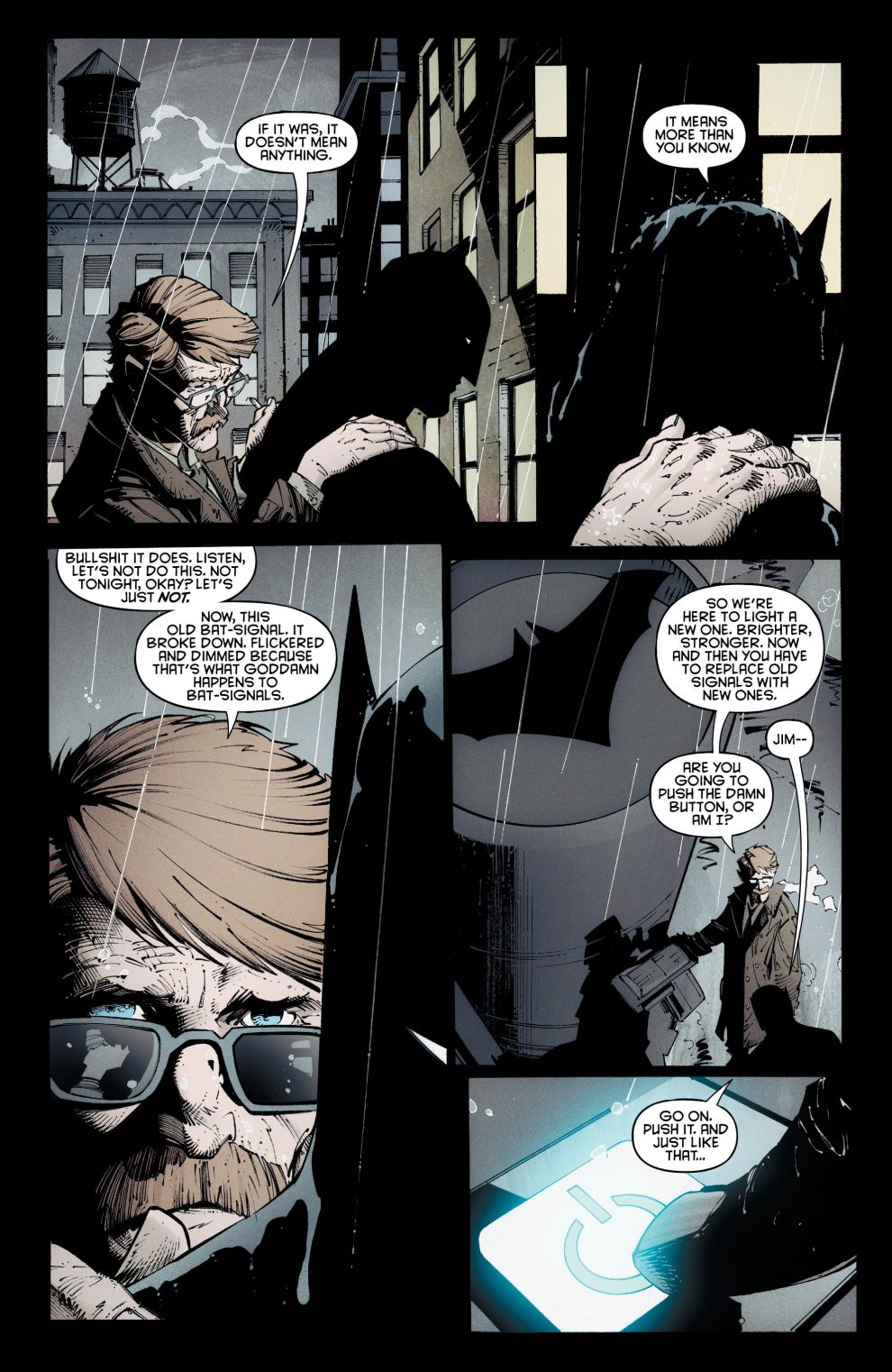 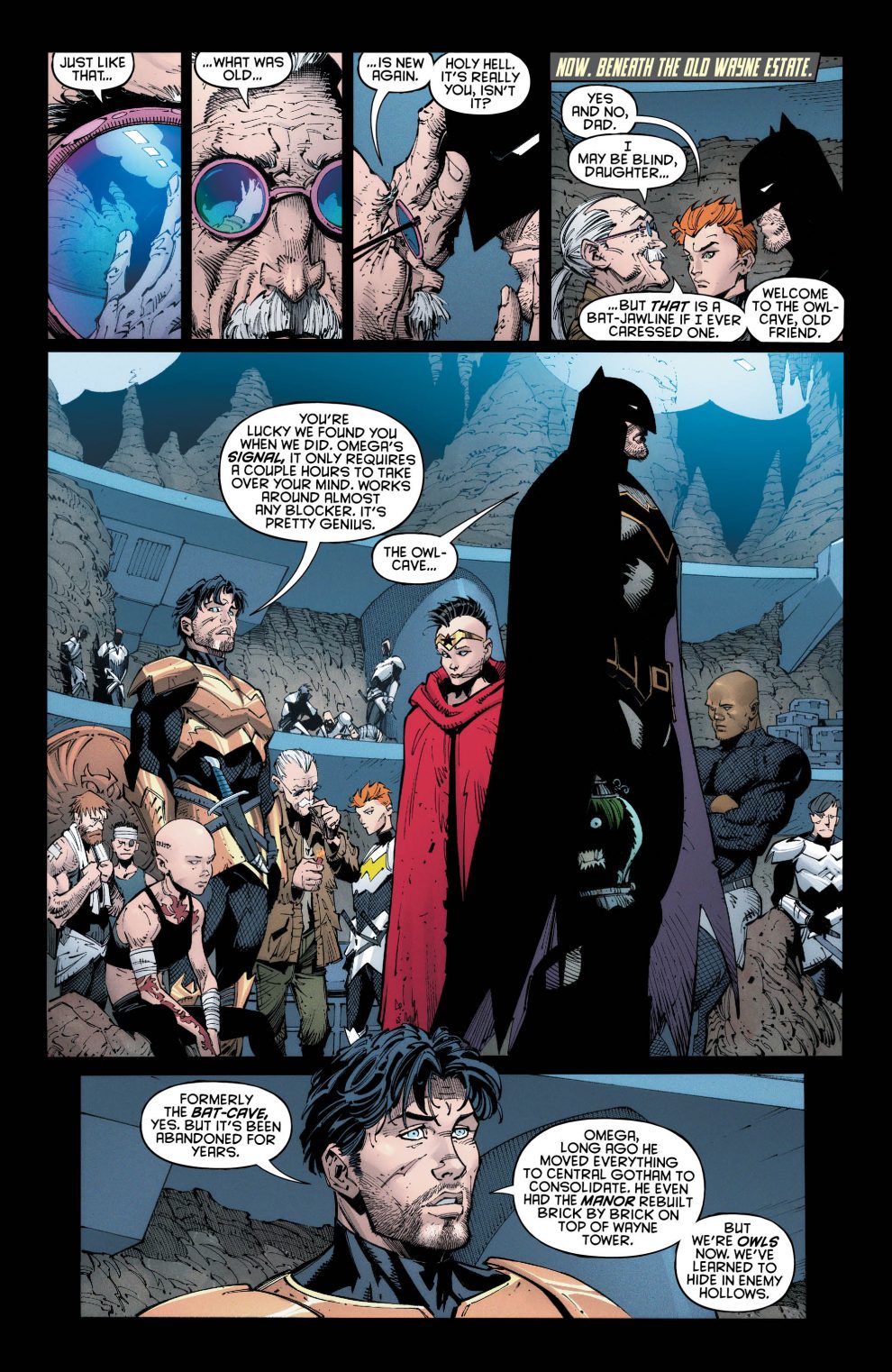 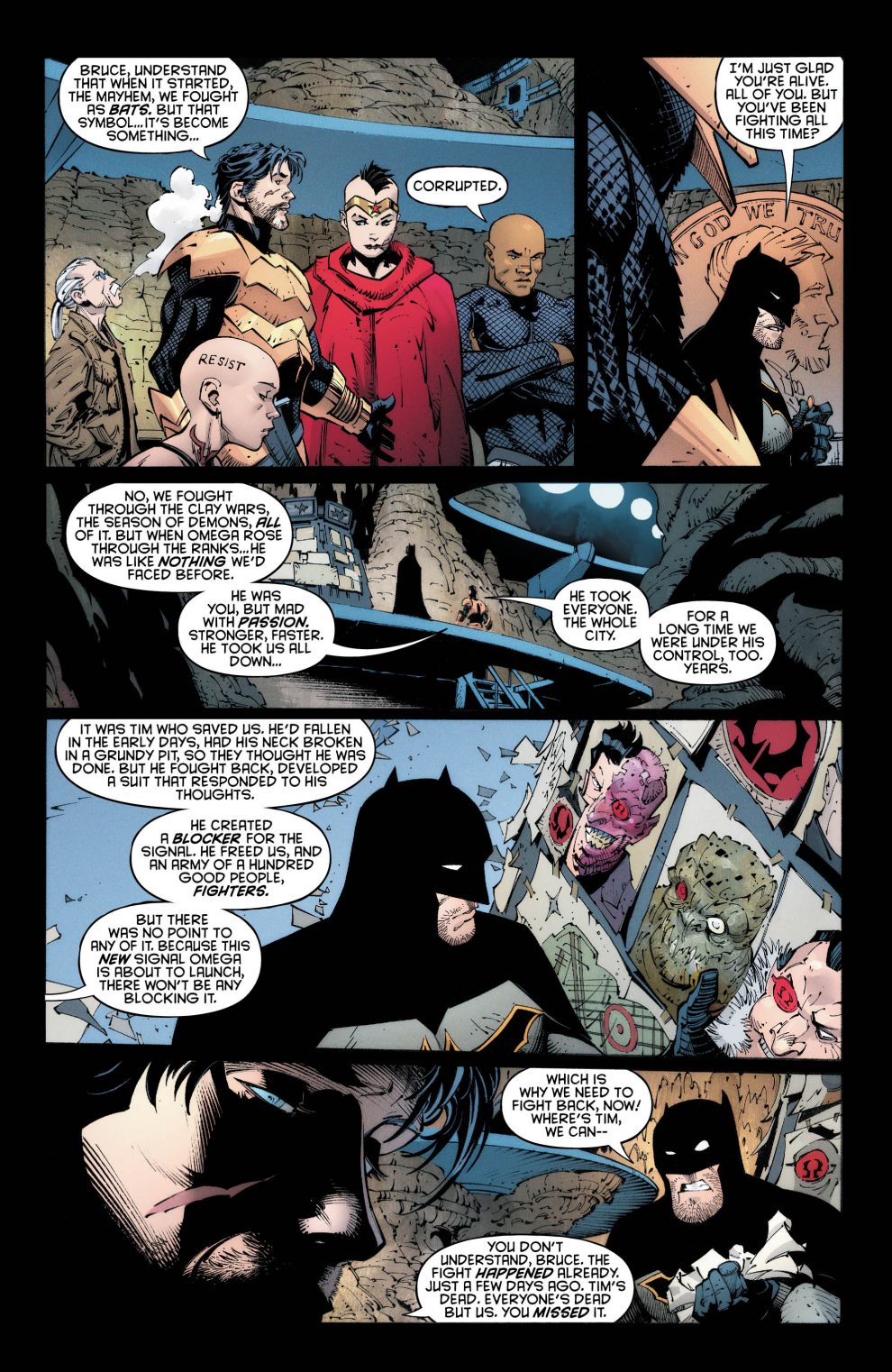 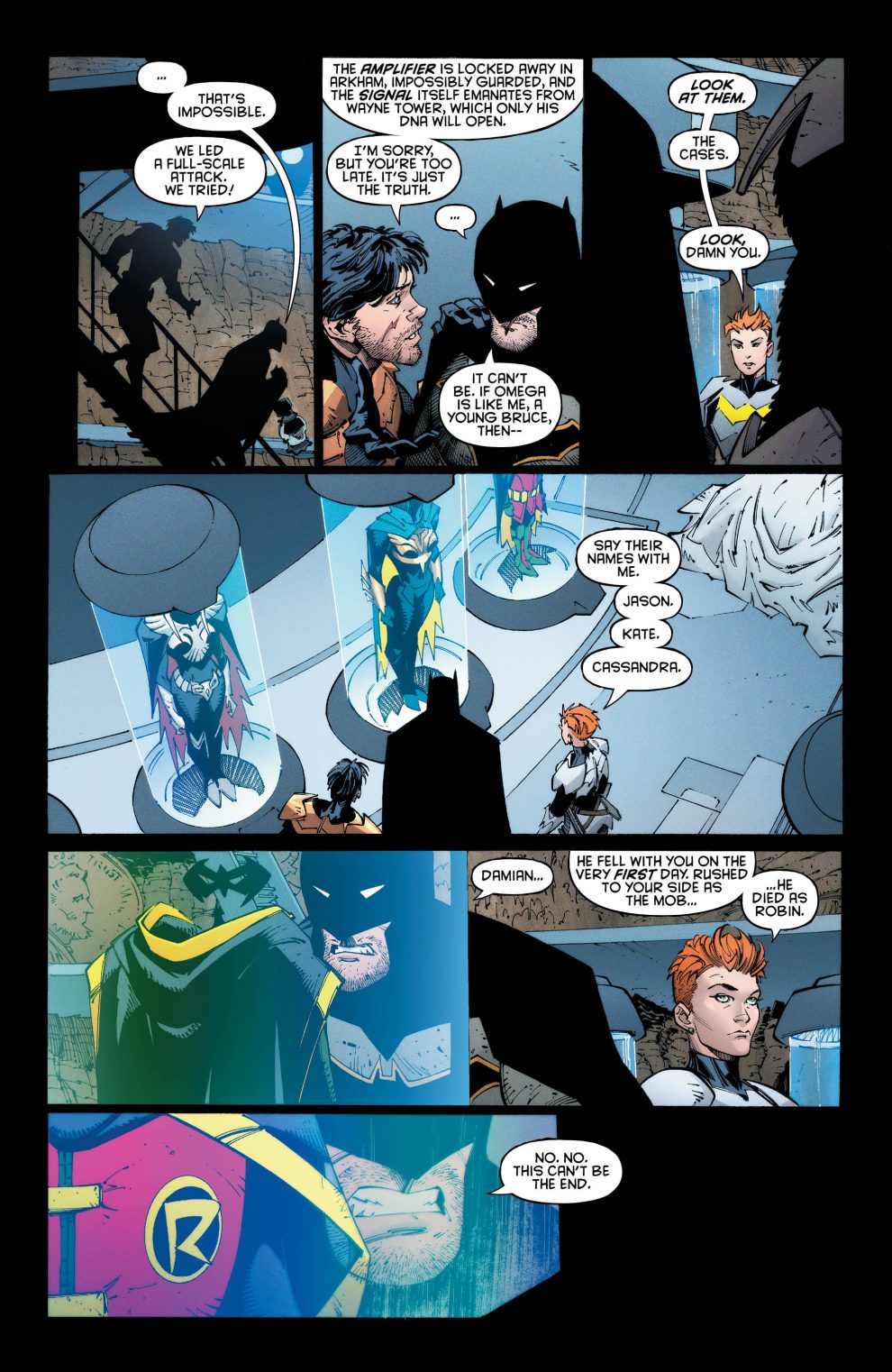 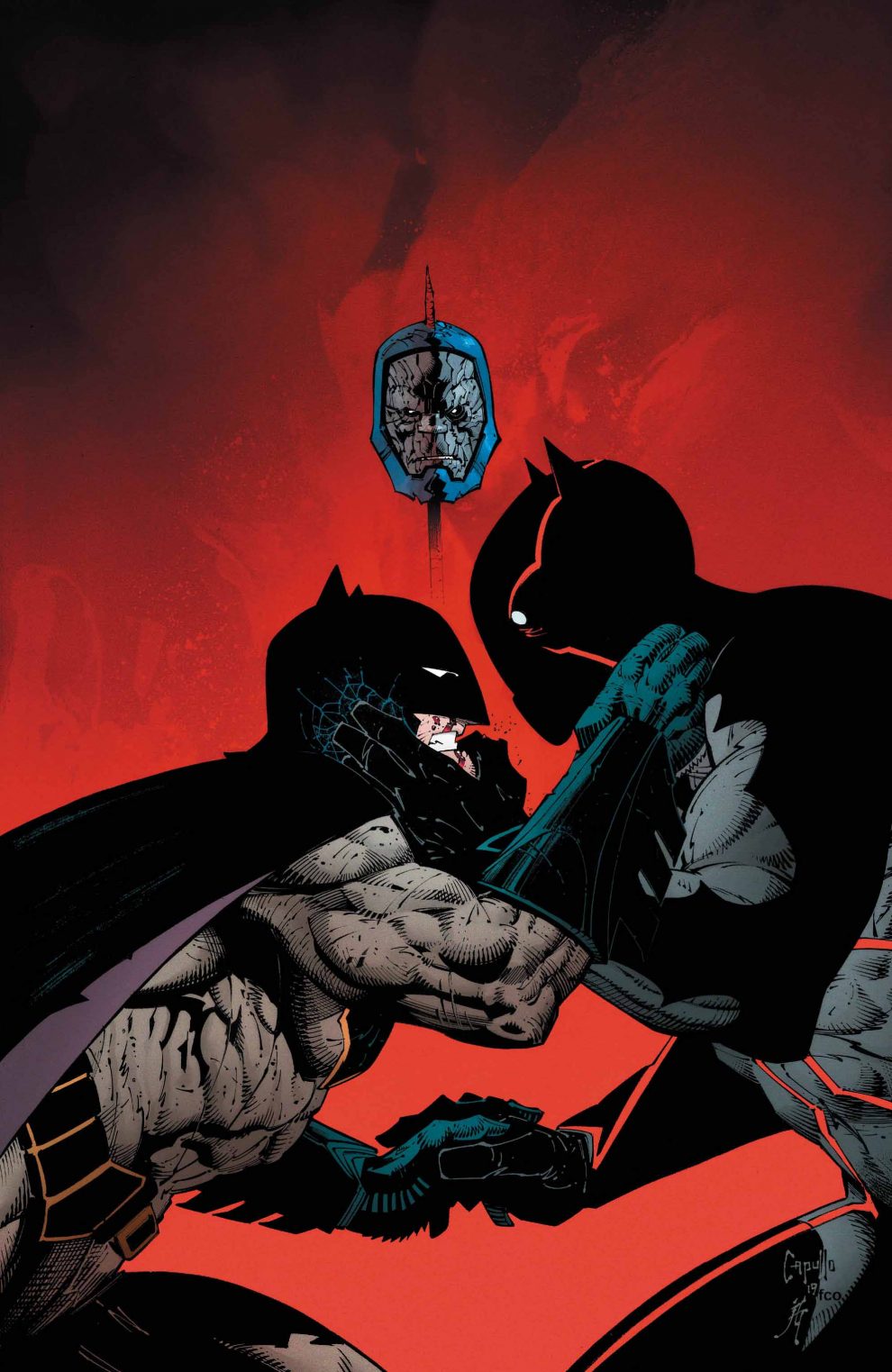 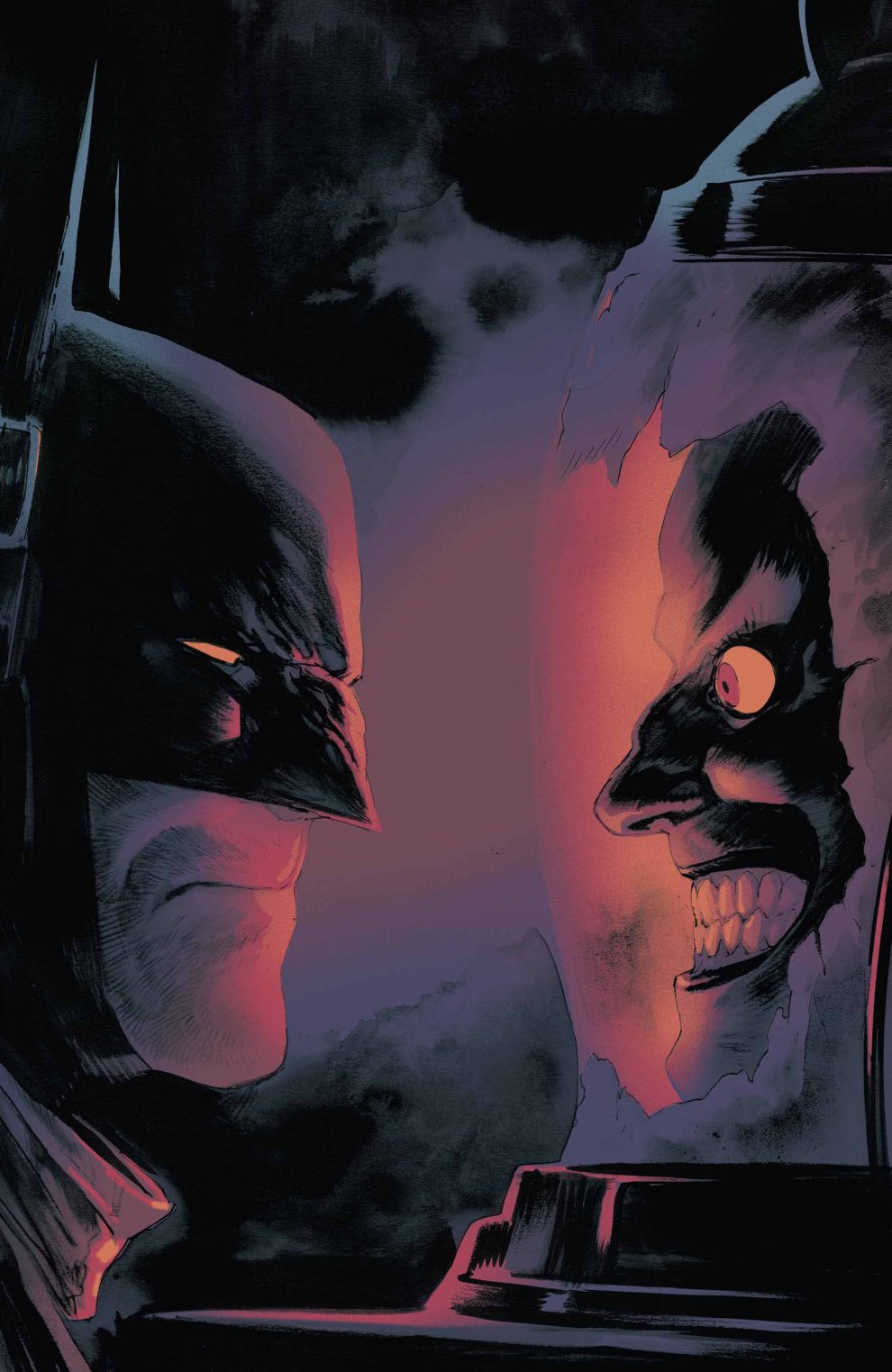 Greg Capullo and Jonathan Glapion’s Batman is legendary. Yes, I’ve used the “L” word and genuinely think that it’s deserved. Just think at how much material they’ve produced over the years, just focusing on the Dark Knight! They’ve even got two costume designs into the history books. Personally their New 52 uniform is one of the very few from that era that I like; I cannot stand the Superman with a collar, nor the silver tiara and blue boots Wonder Woman looks. The purple lining cape look is awesome.
I must applaud FCO Plascencia and Tom Napolitano’s beautiful work on this title. From subtle things like colors blurring when looking through glass, to the great speech bubble colors/fonts used for Omega and Joker. These talented creators have really helped give this series its own unique stamp and identity. I am a huge comics nerd, and proud of it, so couldn’t leave this saga without crediting two of comics’ unsung heroes.

Batman: Last Knight On Earth #3 is one of those “Possible Future” sagas that I believe will actually have a lasting effect on the character right now. This was a nightmarish vision of the future which contains many of Scott Snyder’s hallmarks. This is a writer who’s clearly a real fan; of Batman, Joker, Nightwing, Jim Gordon, Batgirl and the entire Bat-Family. This story has shed more light on the Batman/Joker dynamic (you will not believe Joker’s fate unless you see it with your own eyes) and Snyder’s own fascination with Batman’s mortality and eternal legacy. We’ve already seen a Batman Who Laughs, but a Batman that goes bad of his own volition could actually be scarier still.
I’ve loved this series, and have a feeling that I’m not alone.