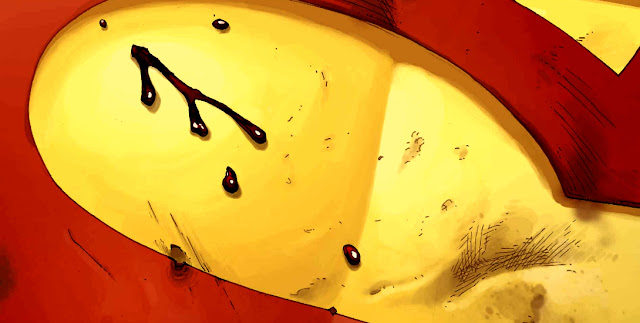 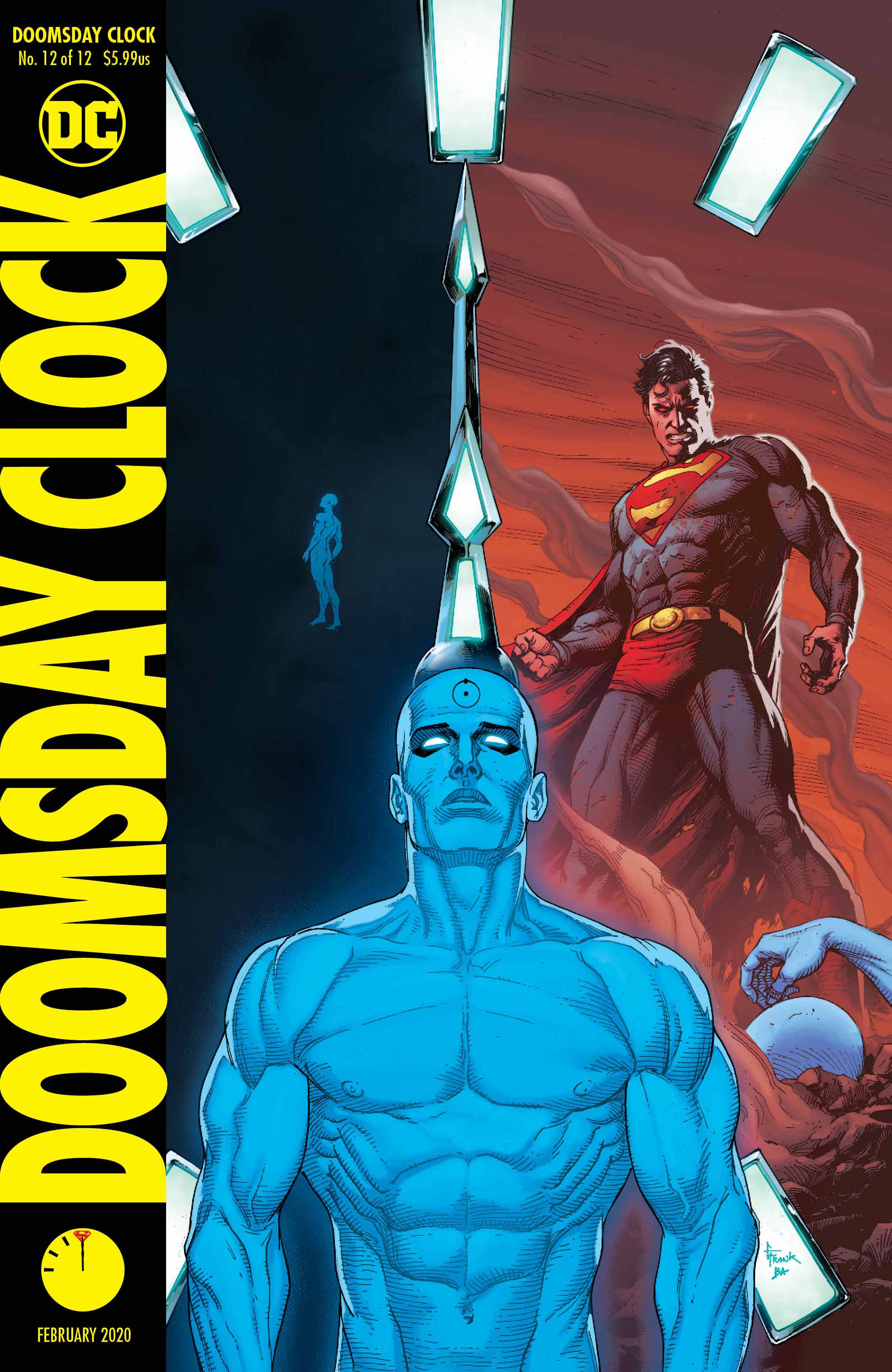 Doomsday Clock #12 is a comic two years in the making. Yes, it’s had a troubled publication run, but every single issue has proven to be well worth the wait. What about the finale, though? Has this chapter, one that fans of the series have been waiting on with bated breath, lived up to the hype and expectations?
Let’s just say that, in my opinion, 2019 has been a banner year for the Watchmen Universe, and its cast of deep, rich and fascinating characters.
The Watchmen TV show, and this series, were both things that I was vehemently opposed to when I first heard about them. The original source material is bordering on being sacred text to me, and after the hit and miss experience that was Before Watchmen, I really wanted this entire universe to be left alone.
Then, over the course of just under two years, Geoff Johns and Gary Frank, along with hue-master Brad Anderson and calligrapher supreme, Rob Leigh, managed to confound all my expectations and deliver incredible stories. This wasn’t just a loving, respectful tribute to Watchmen, it brought Alan Moore and Dave Gibbons’ pantheon of characters into direct contact, and conflict, with the mainstays of the DC Universe.
I was joyfully, and overwhelmingly, proved wrong. Doomsday Clock #12 is the perfect denouement, this book is fantastic! 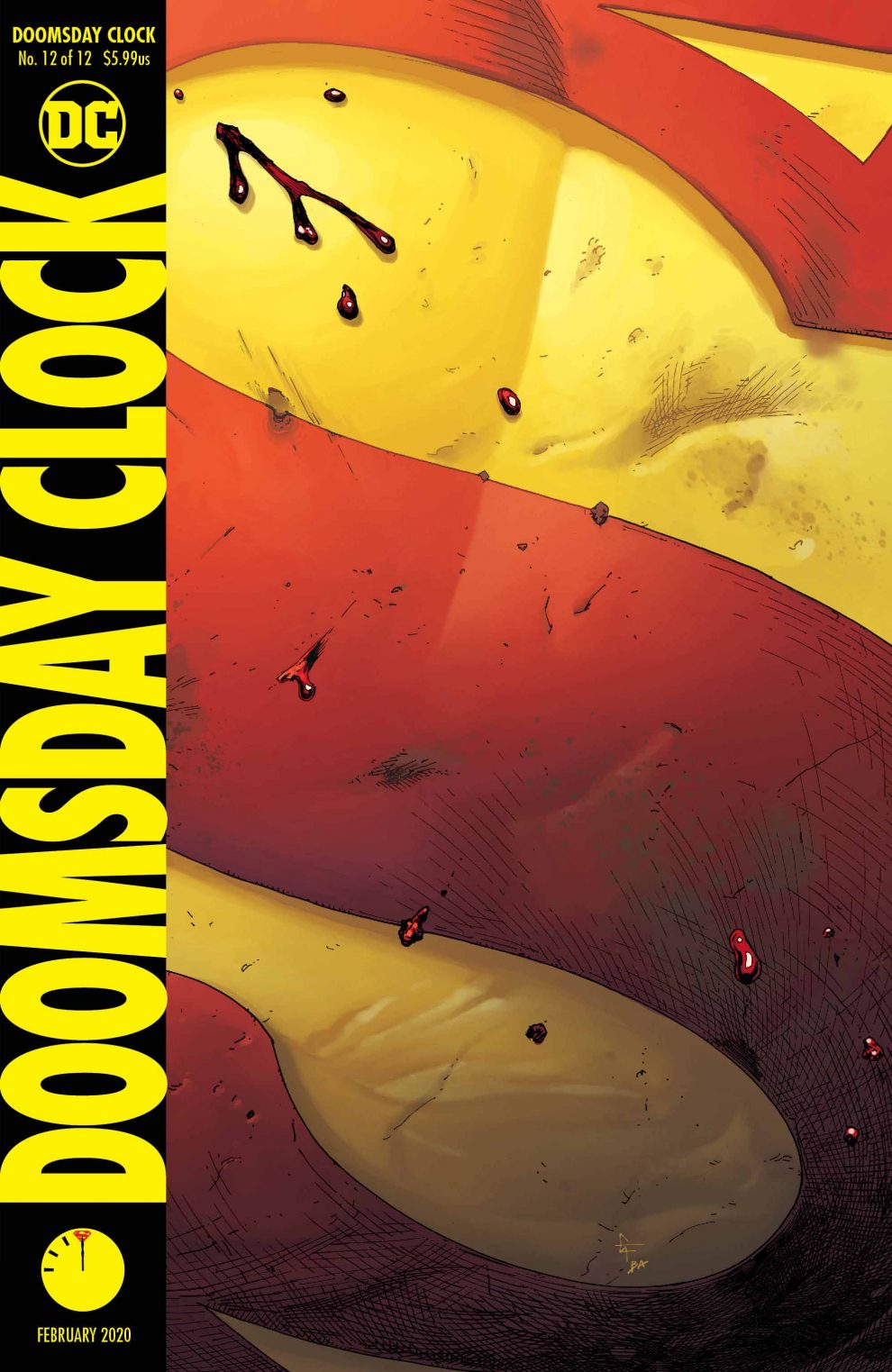 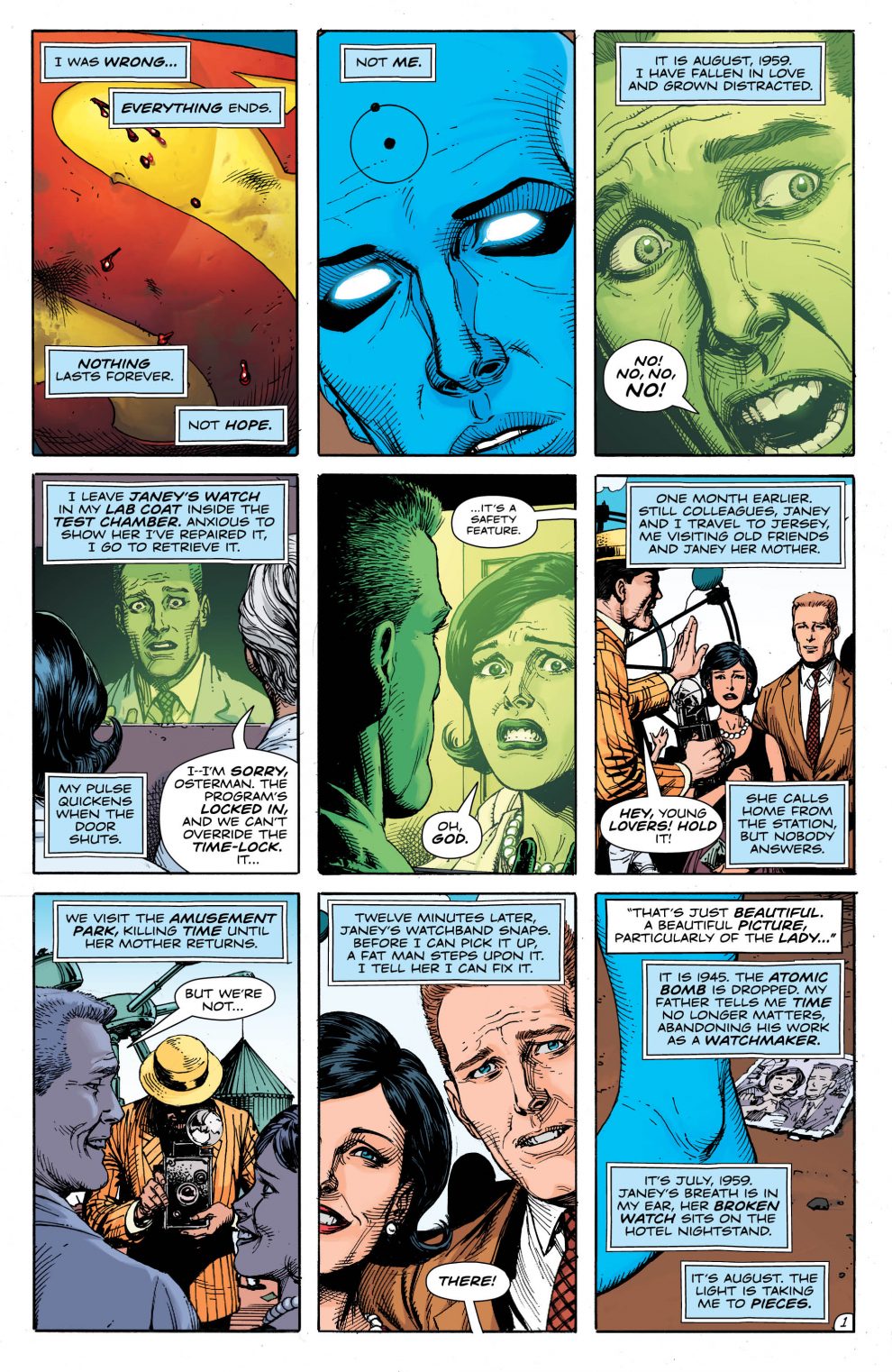 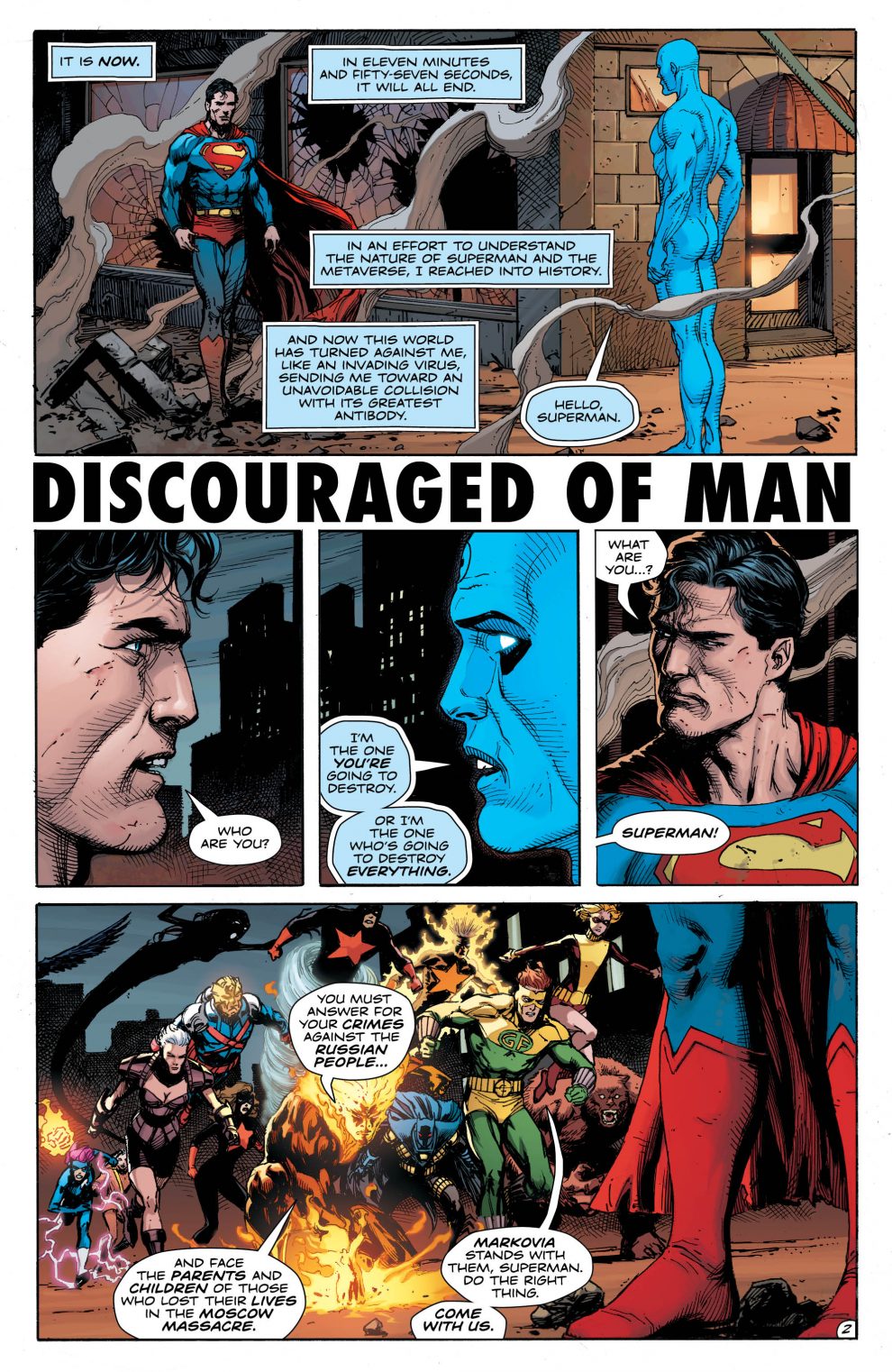 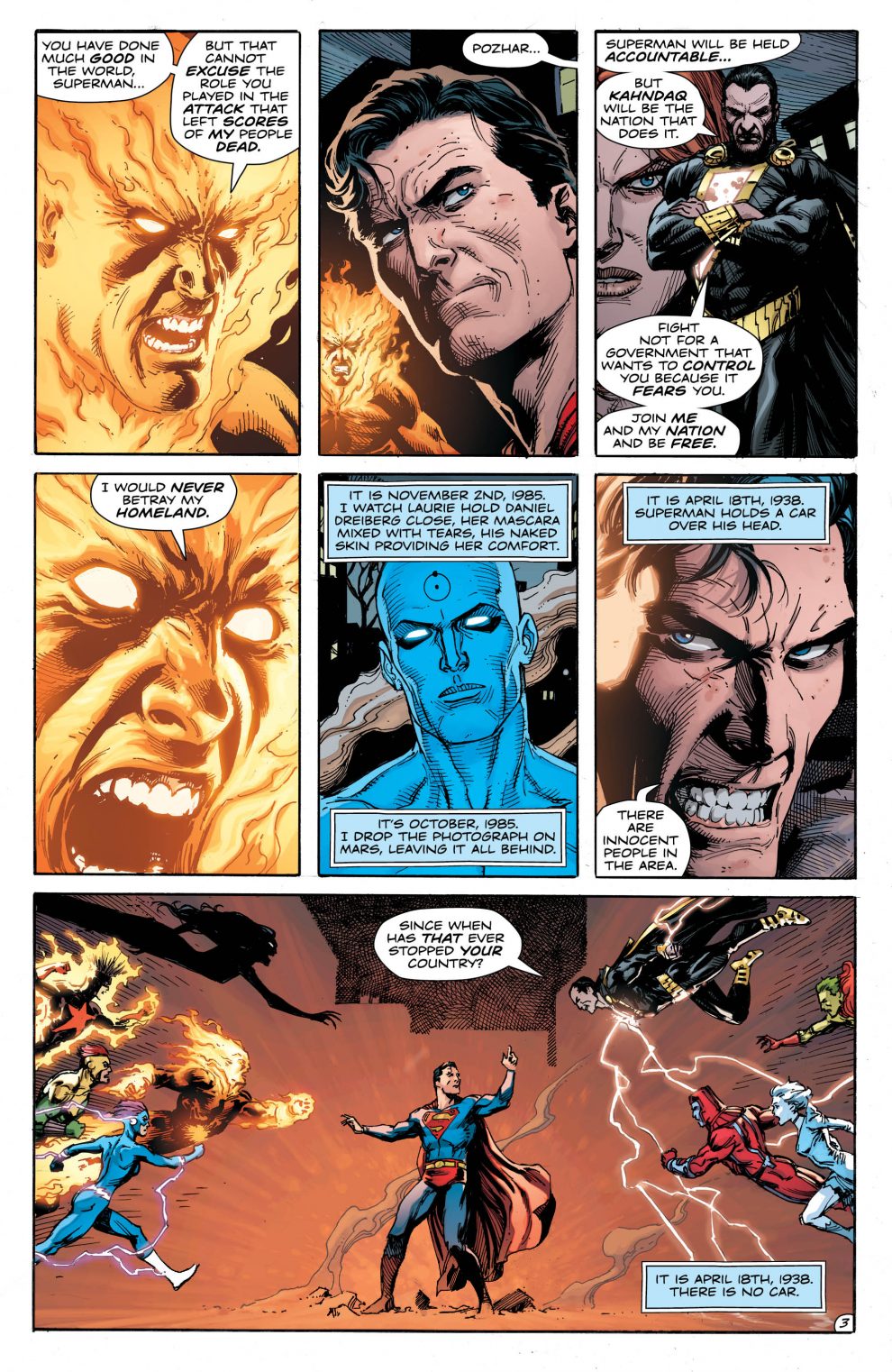 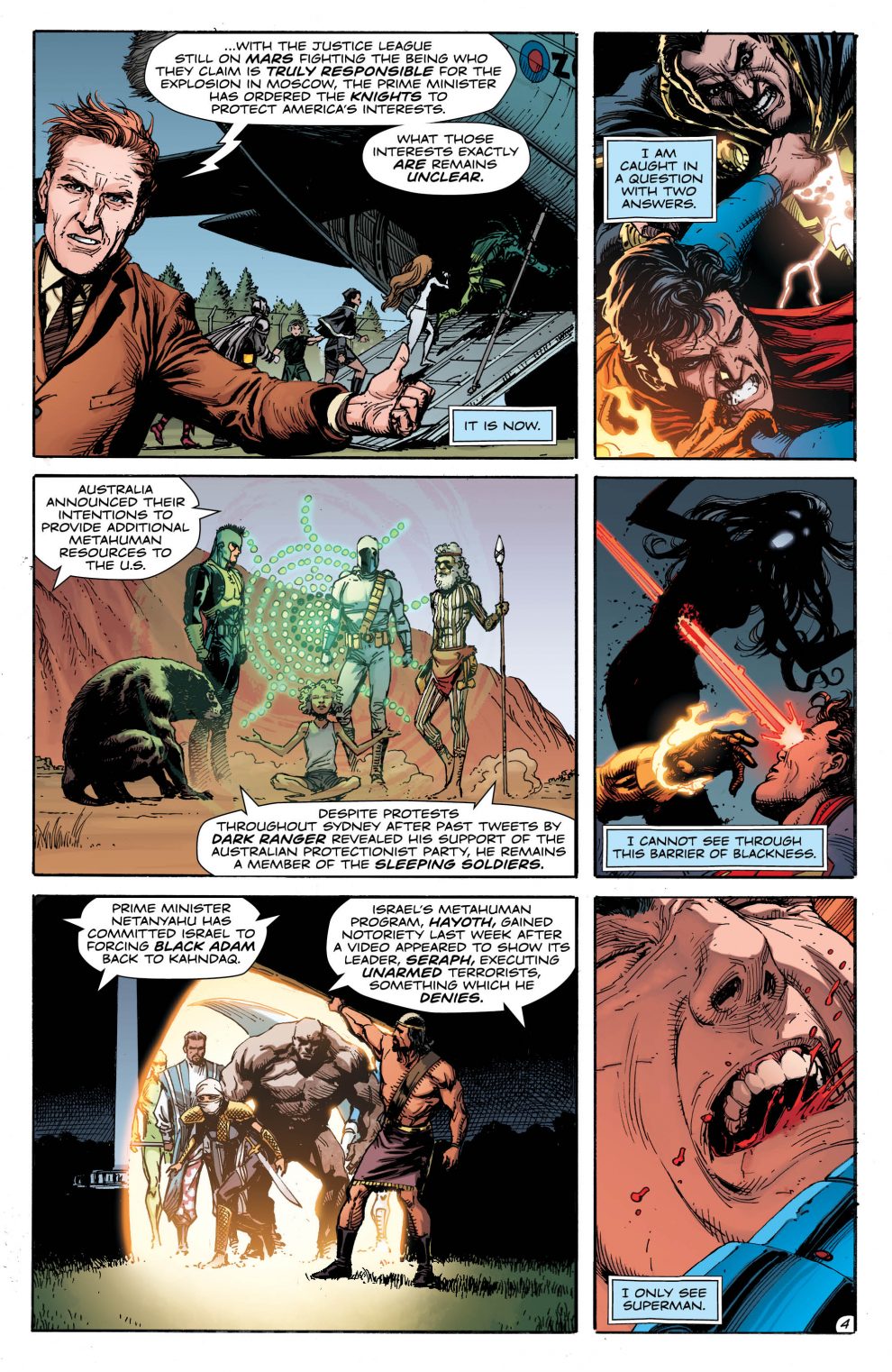 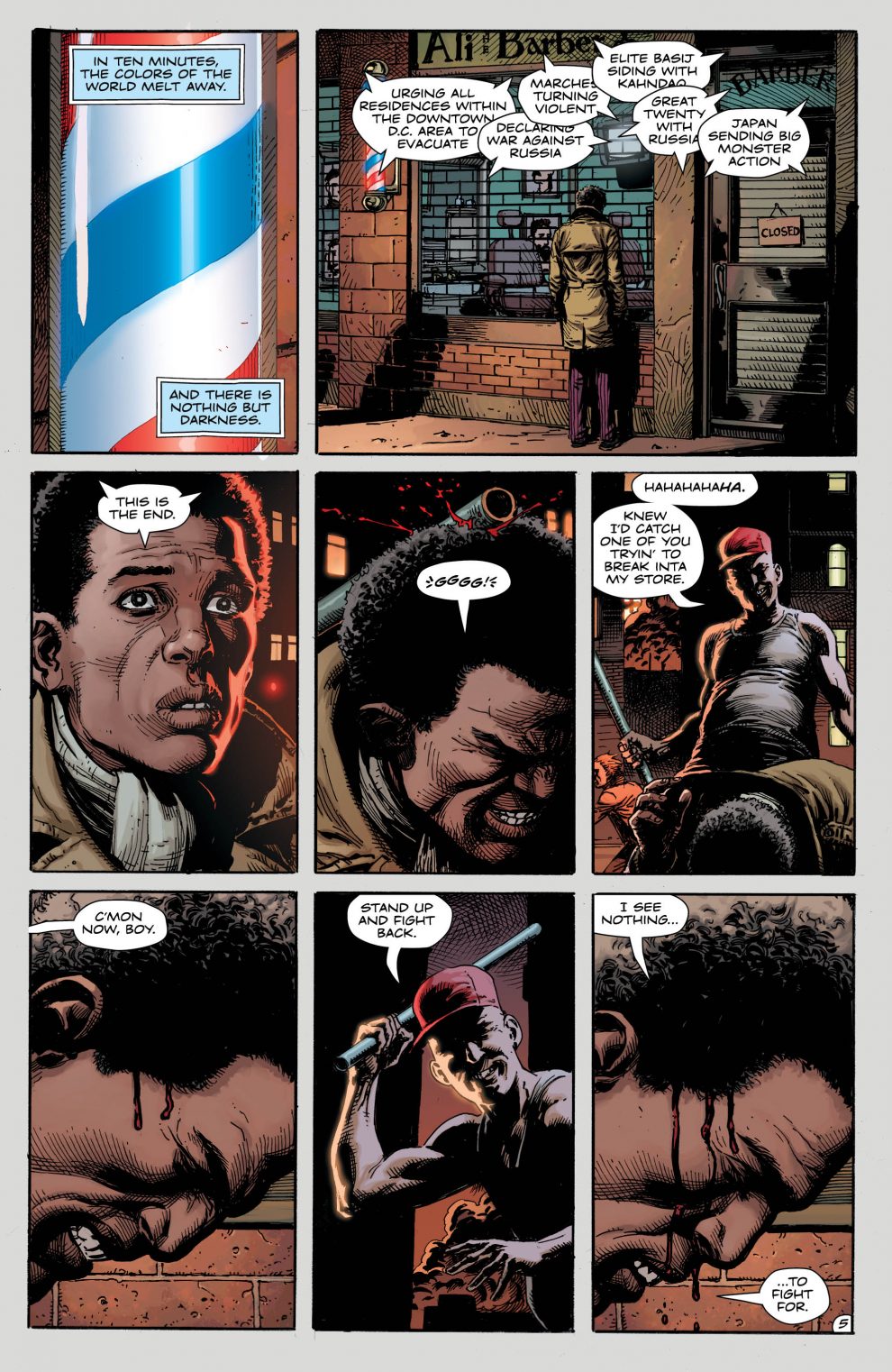 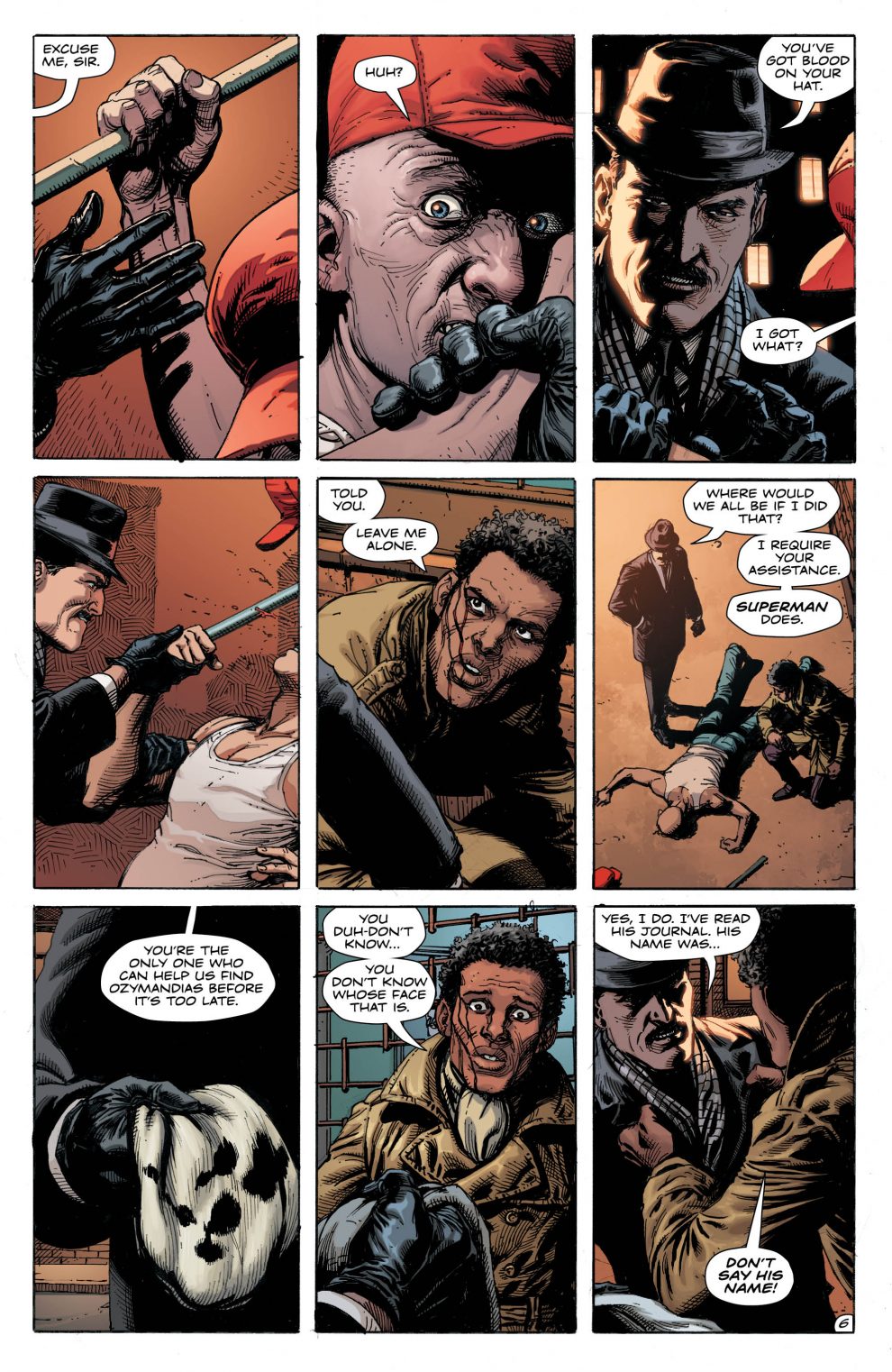 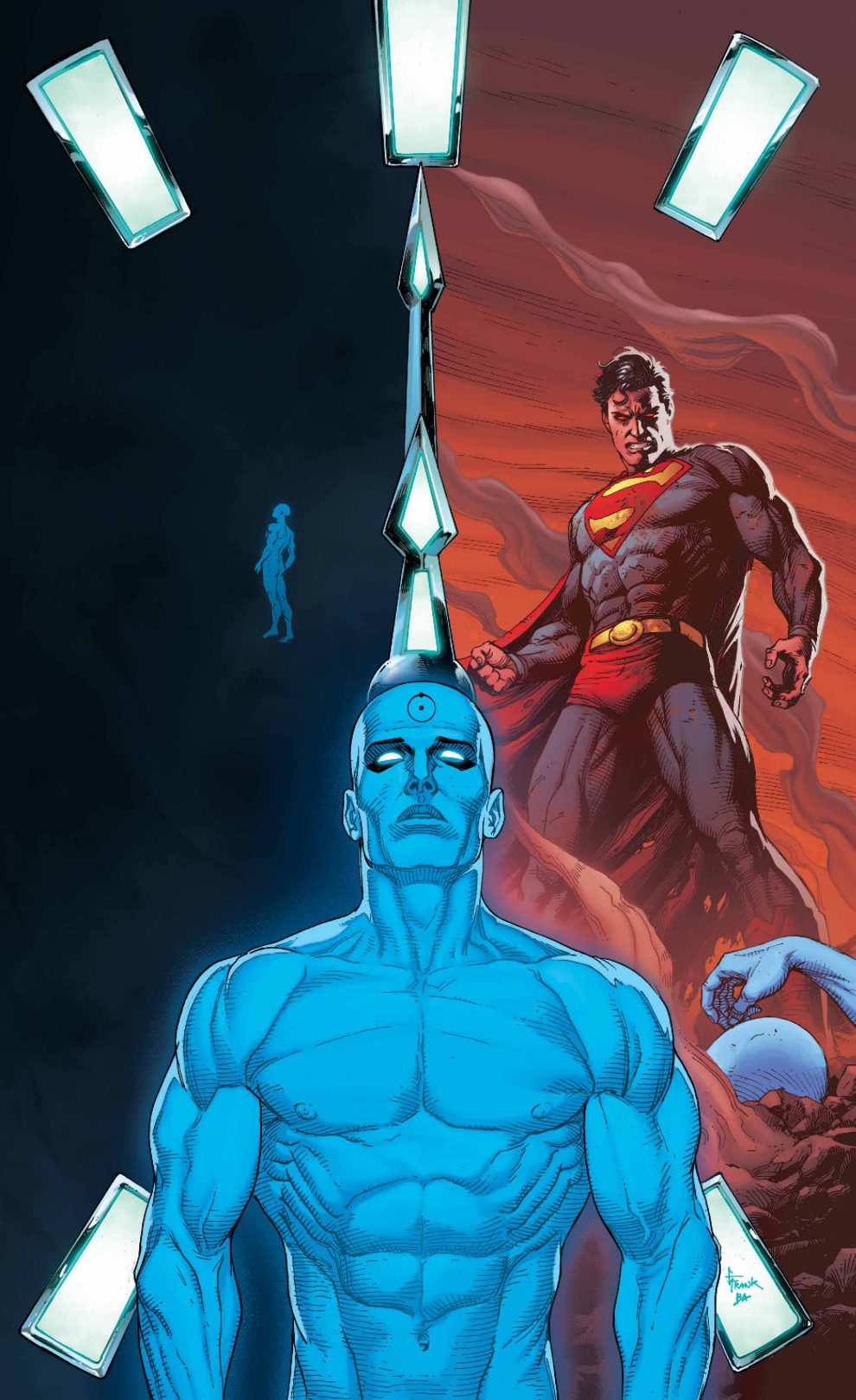 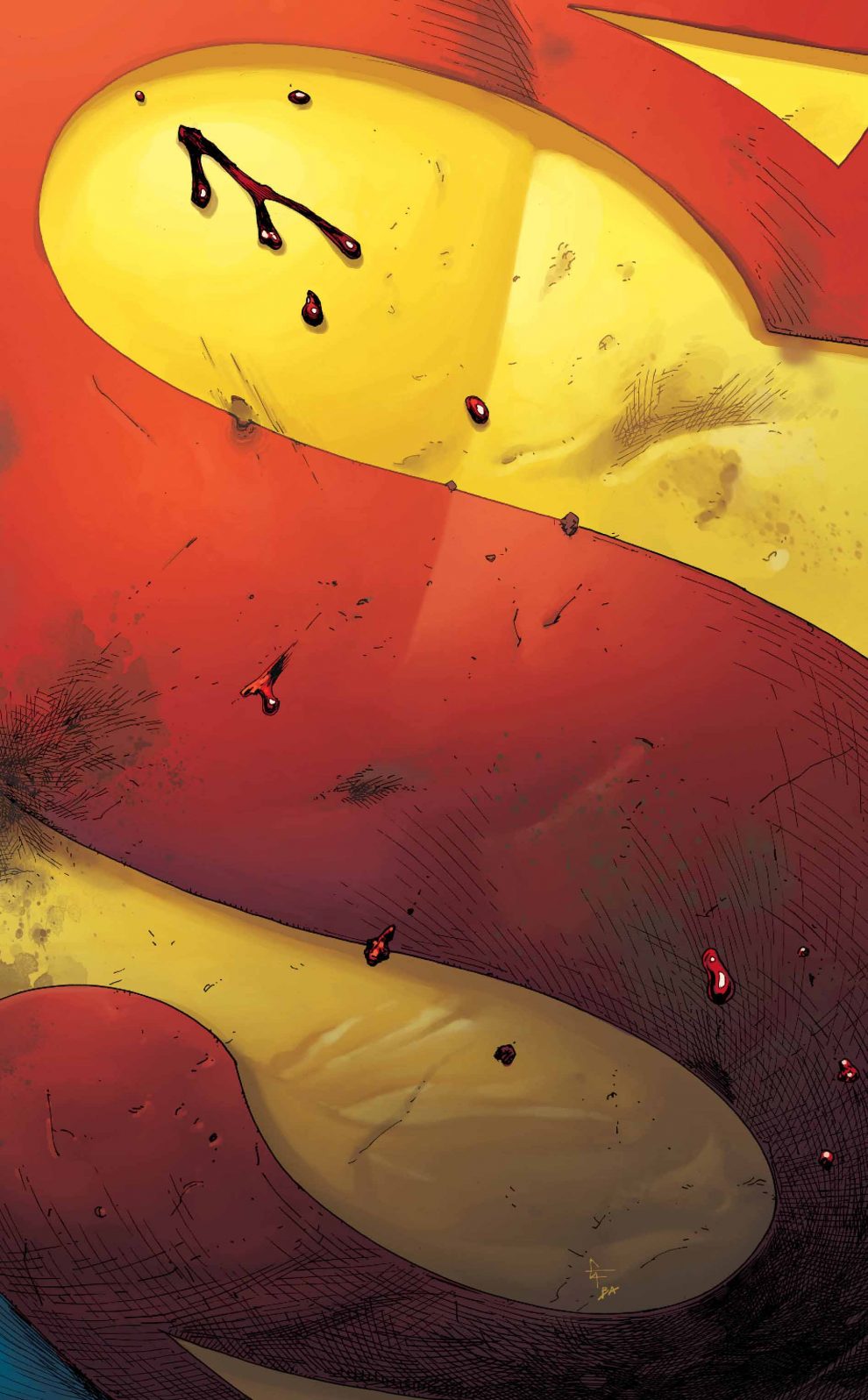 This stellar comic-book does so much more than end a 12 issue maxi-series. What we are given in these pages is a drama, a revelation and a pay-off, not just to what’s been happening in this title, but to over 80 years of DC Comics history. Superman is given the respect and honor he richly deserves, and characters, stories that have been missed, and missing, from continuity have been lovingly restored. As soon as the term “Metaverse” was introduced I was blown away. Doomsday Clock has cleverly made every single branch of the DC tree relevant and real. All old stories happened and can be enjoyed, whatever aspect or era of the company you prescribe to or love the most.
Wacky 1950s aliens, robots and giant apes. That happened. Cosmic tales or urban street drama of the 70s. They happened. Superman and Batman in the 40s, 50s, 90s and 2000s… all of it happened. Every aspect of all these characters, despite ret-cons, re-writes, re-imaginings, Crises and Flashpoints is real if you want them to be. They’re in the characters’ DNA, whether they know it or not.
Seeing the Clark Kent Superboy, and his love and admiration of the heroes of the 40s as the catalyst for the rebirth of the JSA made my heart sing. Having him back once again inspiring the birth of the Legion Of Super-Heroes made me punch the air, like an over-enthusiastic boy-band member. Have I died, and gone to geek heaven?
I’ve mentioned before that the 9 panel grid is a great storytelling tool, but that Watchmen #12 delivered some stunning splash pages. This had me excited to see whether the wonderful Gary Frank would do the same for the Doomsday Clock finale. Boy… did he ever?!? The visuals by Gary and color artist Brad Anderson are nothing short of spectacular. I’m actually glad that none of them appear in this review, because you need to go out and buy this book for yourself. It’s gorgeous.
Letterer Rob Leigh has really worked overtime on this series, the amount of conversation and dialogue is probably triple that of any other book on the shelves, but it’s lovingly rendered, riveting and well worth reading.

I love this series, and adore this finale. Seeing two characters, that I’ve been dying to see, finally appear in the last few pages was the veritable icing on the cake. Clark has come home, and I cannot think of a finer family to raise him. Seeing another couple of Kents show up almost brought a tear to my eye, and you already know what a JSA and Legion fan-boy I am.
What can I say, it feels like Geoff, Gary, Brad and Rob made this comic just for me, and I love them for it.