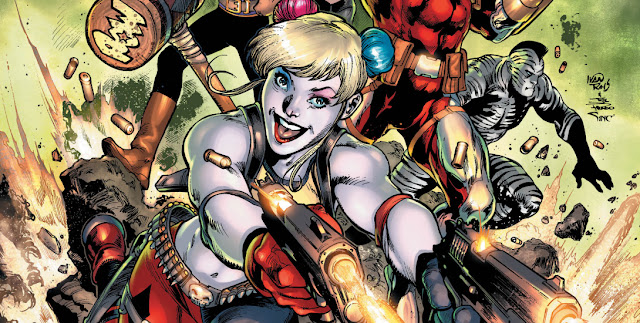 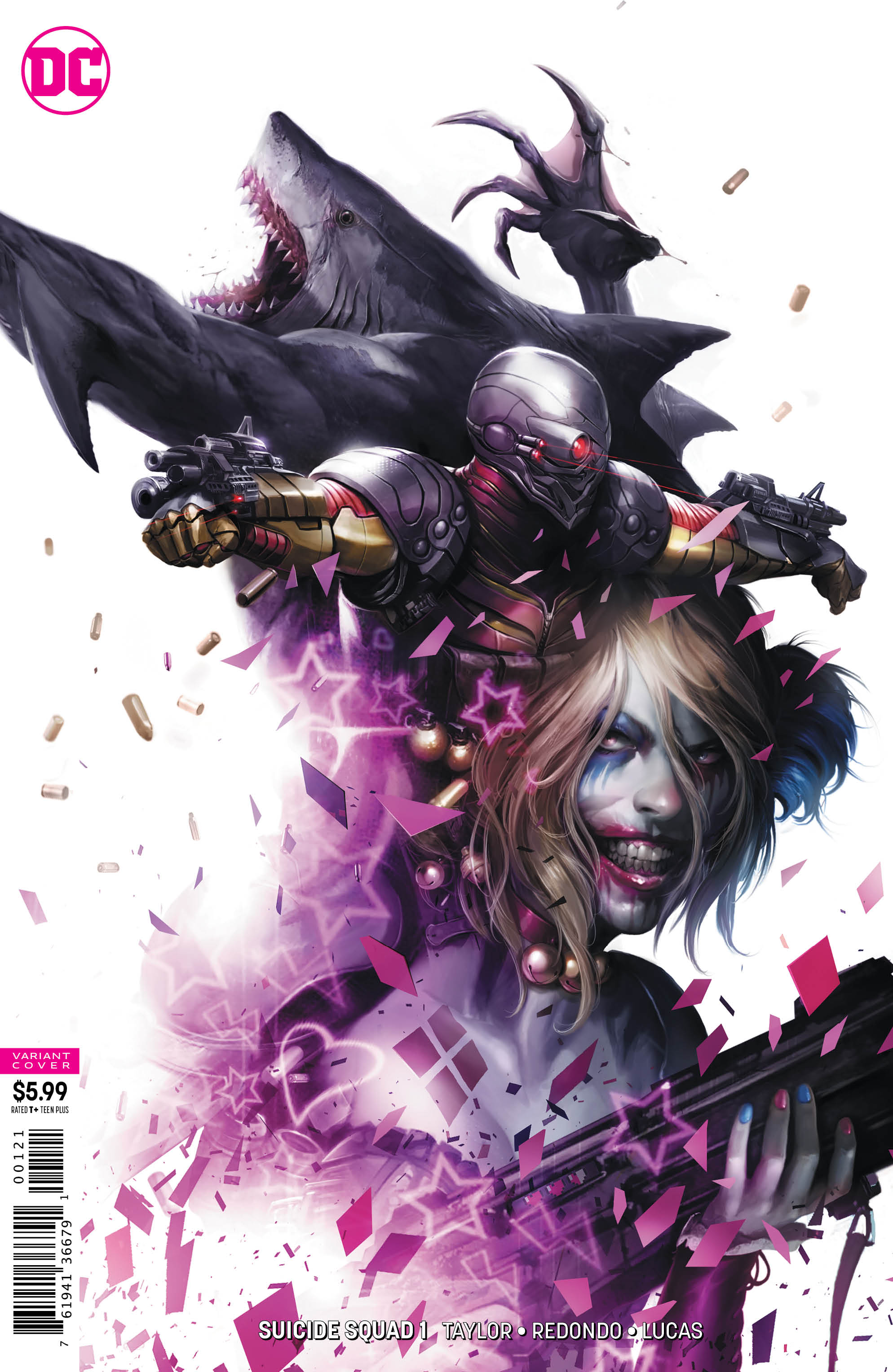 Suicide Squad #1 really sets the tone for what kind of title this is going to be moving forward. Following on from the white hot success of DCeased, a title that captured both the headlines and the imaginations of comic book fans the world over, it must surely have been the case that Tom Taylor could have had his pick of whatever DC property he wanted to write next. With his stock at an all time high, Taylor’s next move was guaranteed to be big news. In a move that’s mutually beneficial both for himself and DC, he has taken on Suicide Squad, a series that, whilst hugely well known and the subject of one feature film and another due to drop in 2021, had seen its most recent run sadly cancelled after a mere 50 issues.
That cancellation and subsequent resurrection has given Taylor carte blanche to take any direction he sees fit to, and this is darkly humorous, extremely gory, very knowing and self aware stuff. In other words, a perfectly pitched reboot of the title! From the wonderful cover art that literally spells out that “By the end of this issue… half of this team’ll be dead!” to the liberal helpings of sudden and graphic demises, this is highly deferential material that almost knowingly winks at its audience. 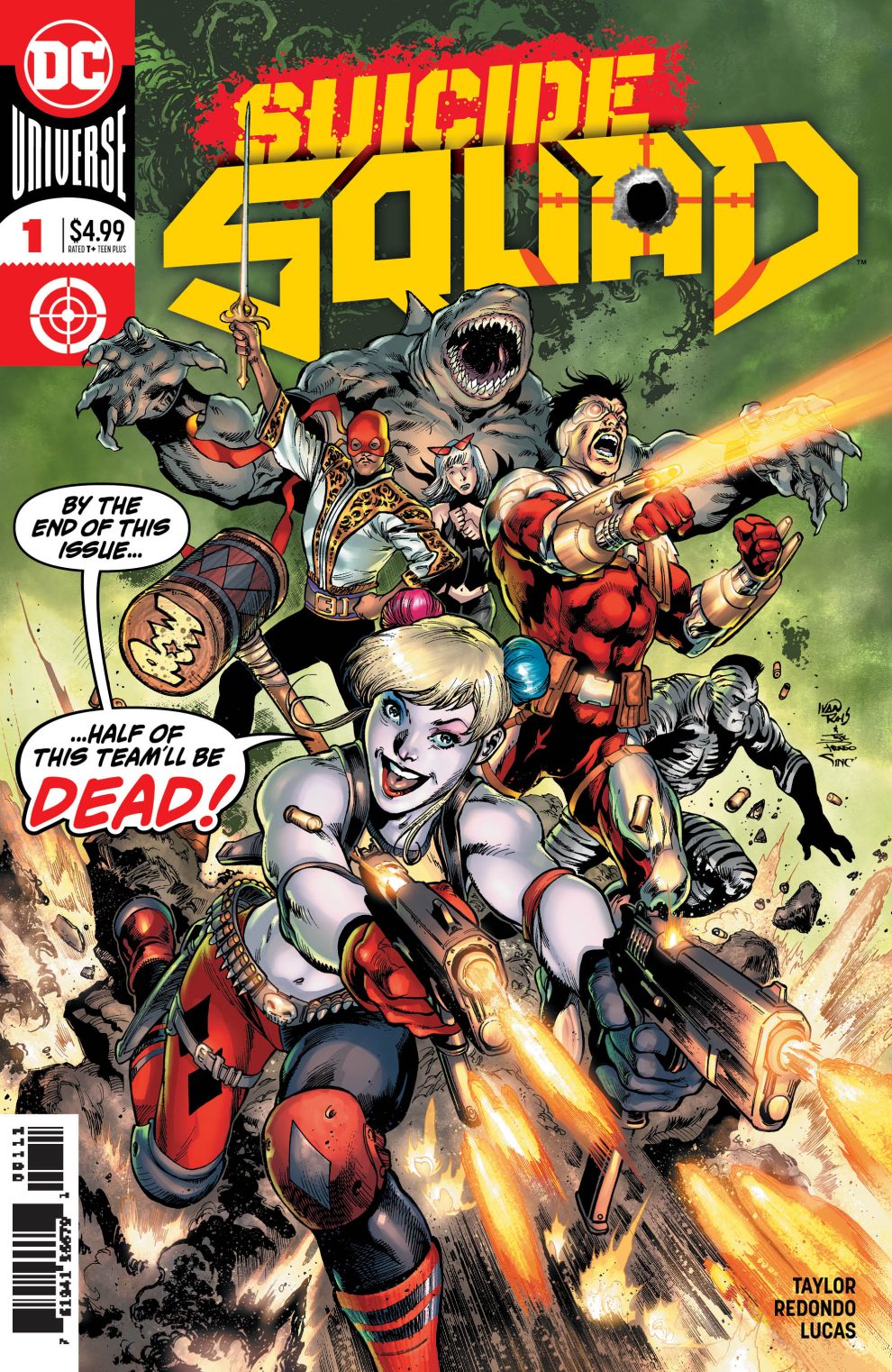 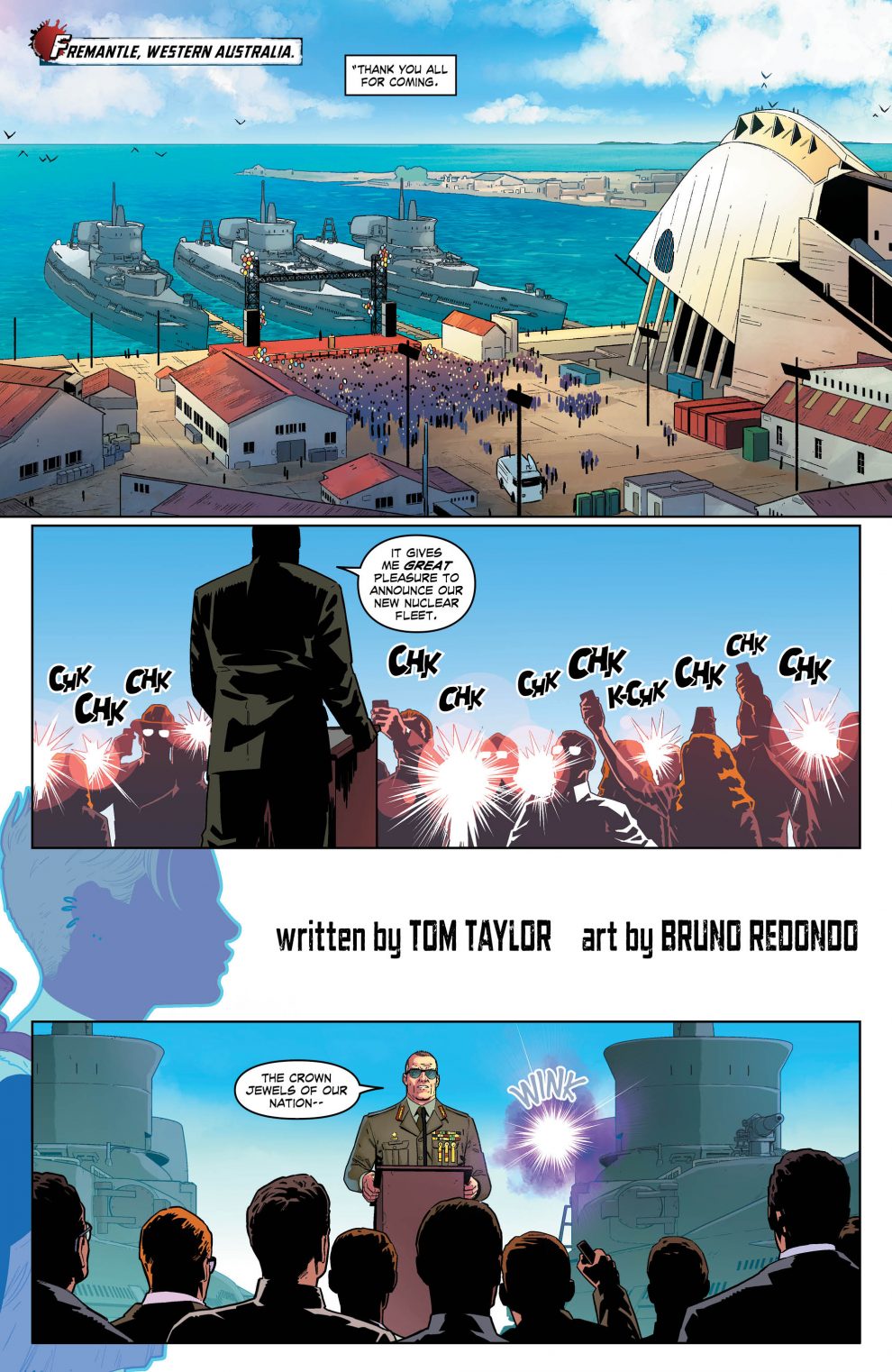 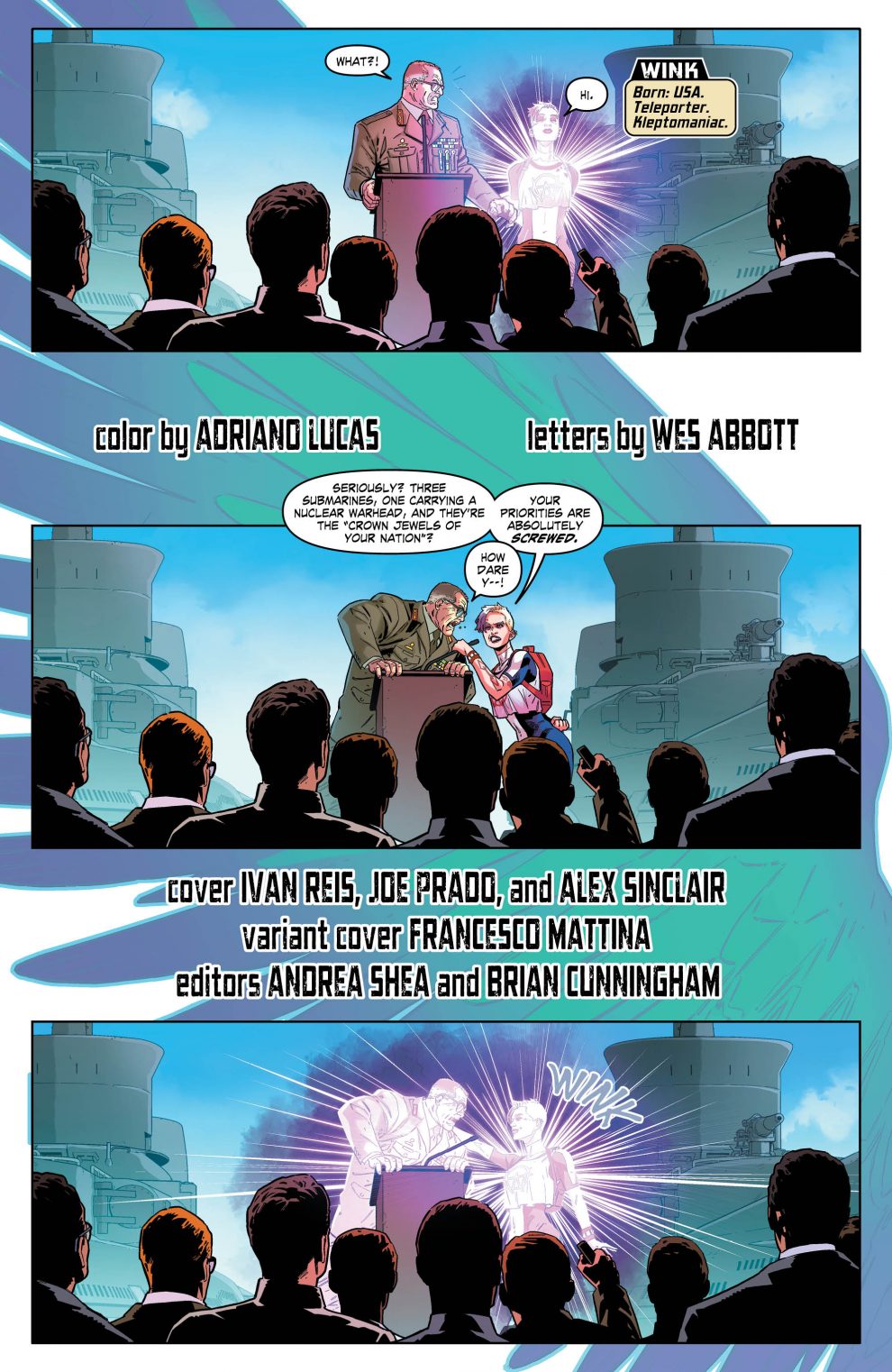 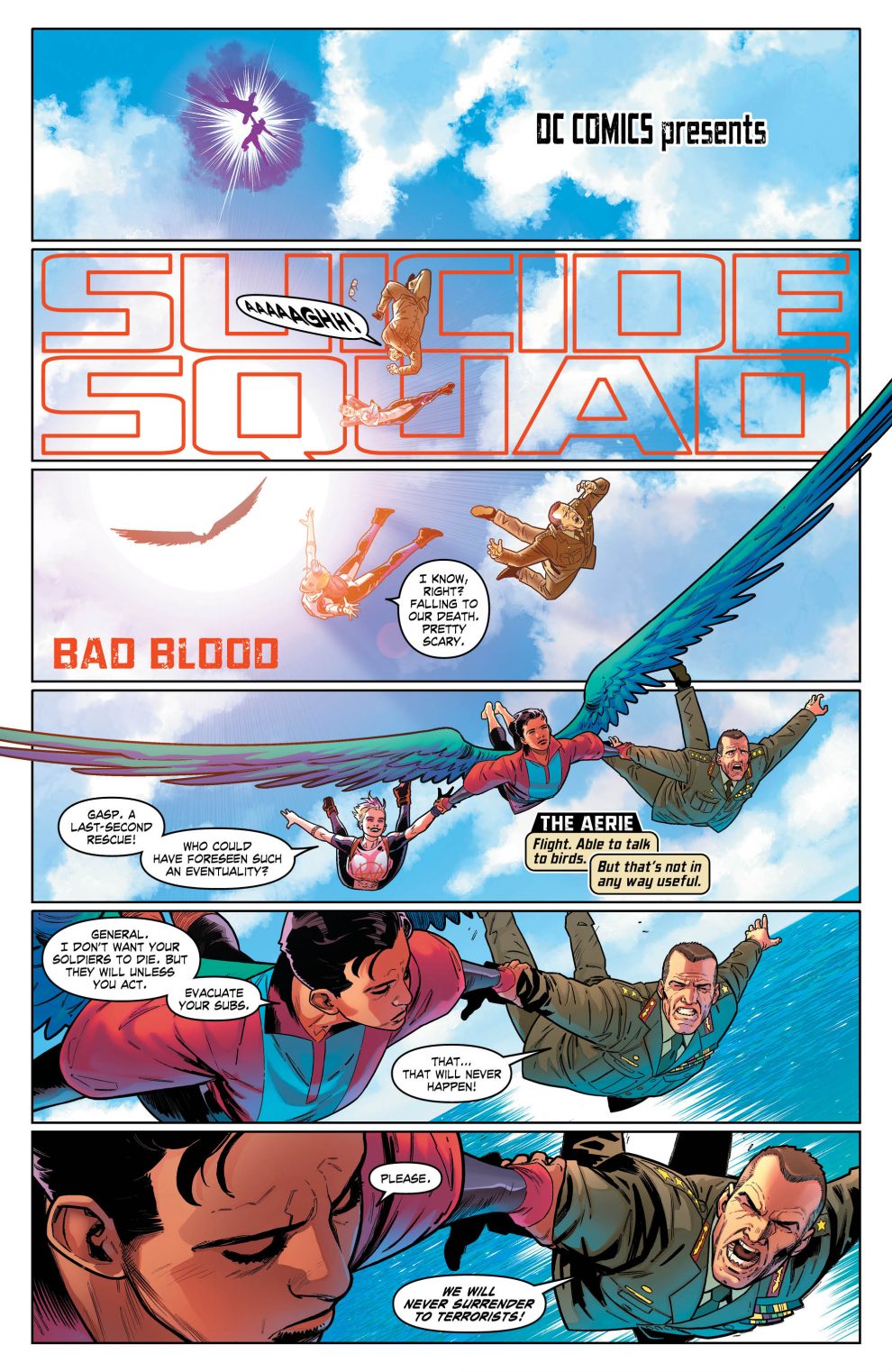 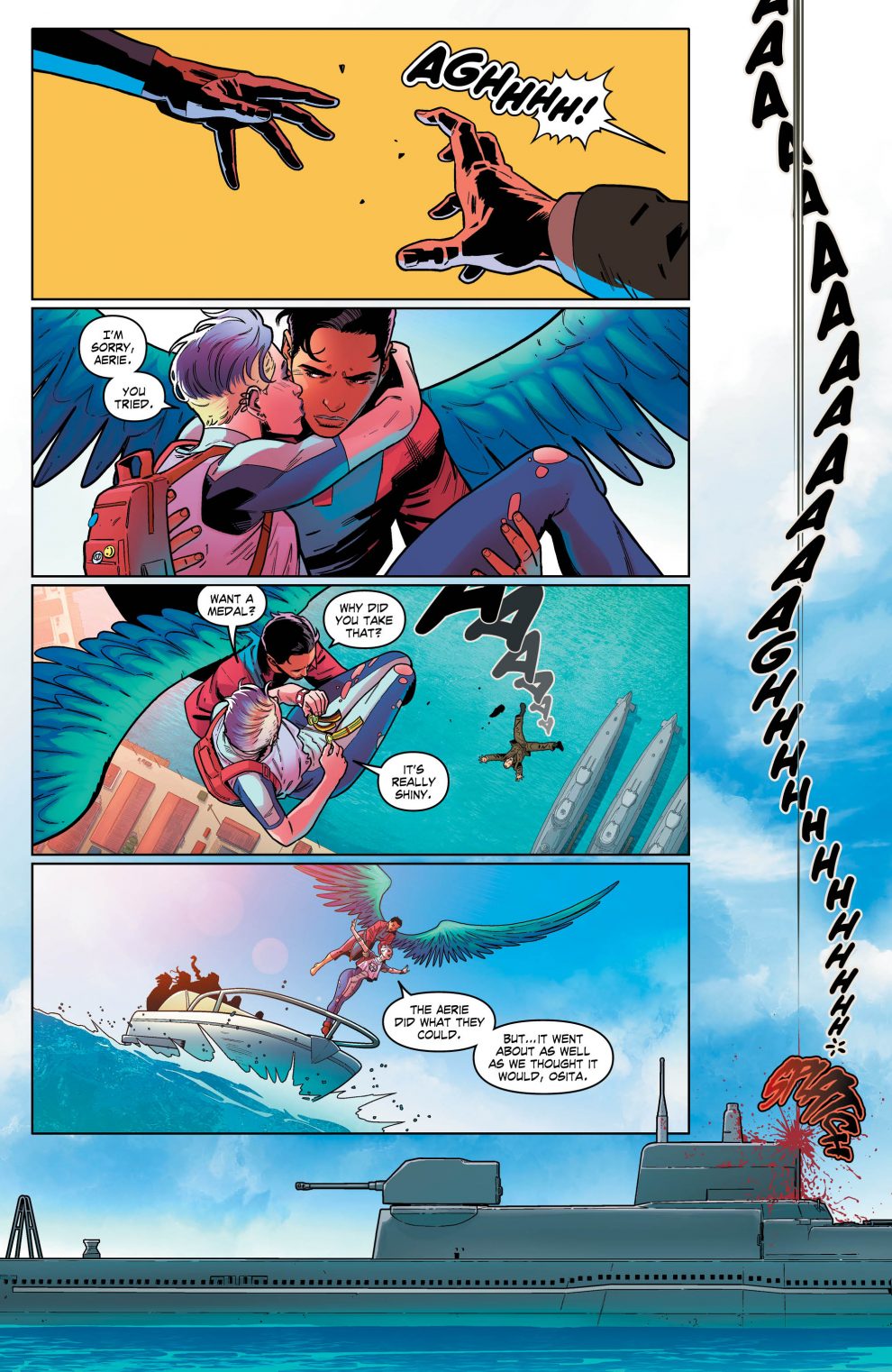 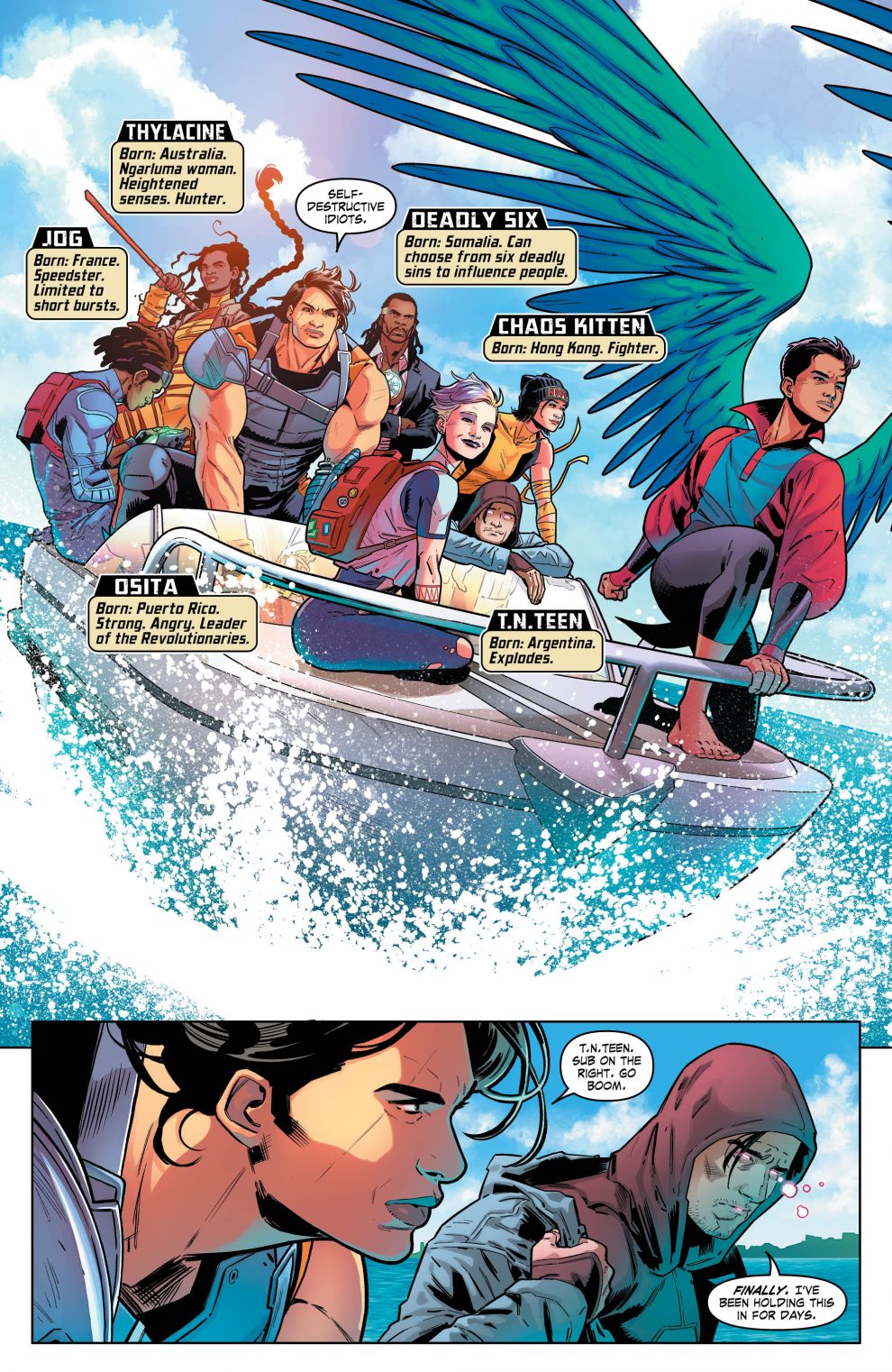 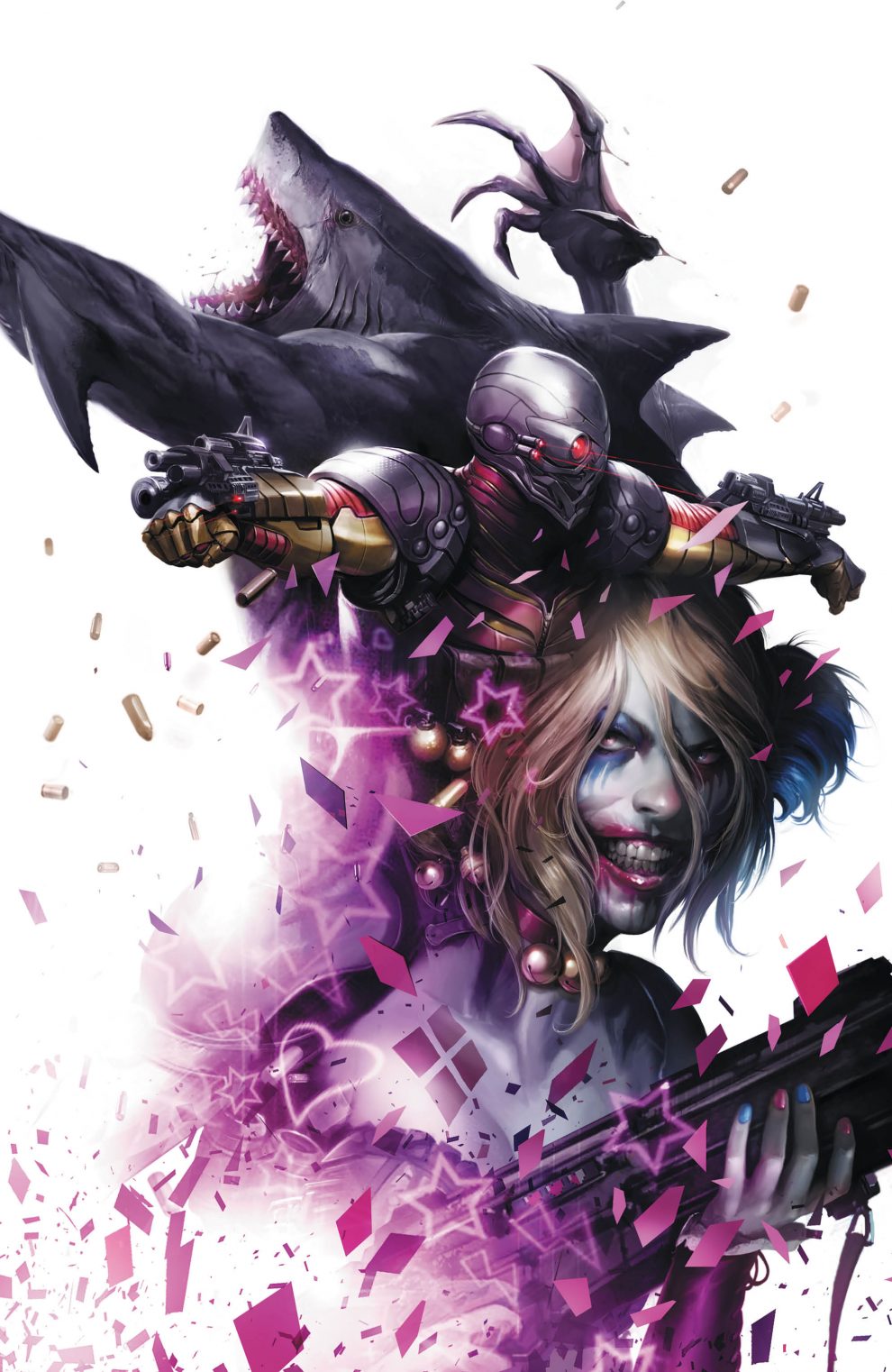 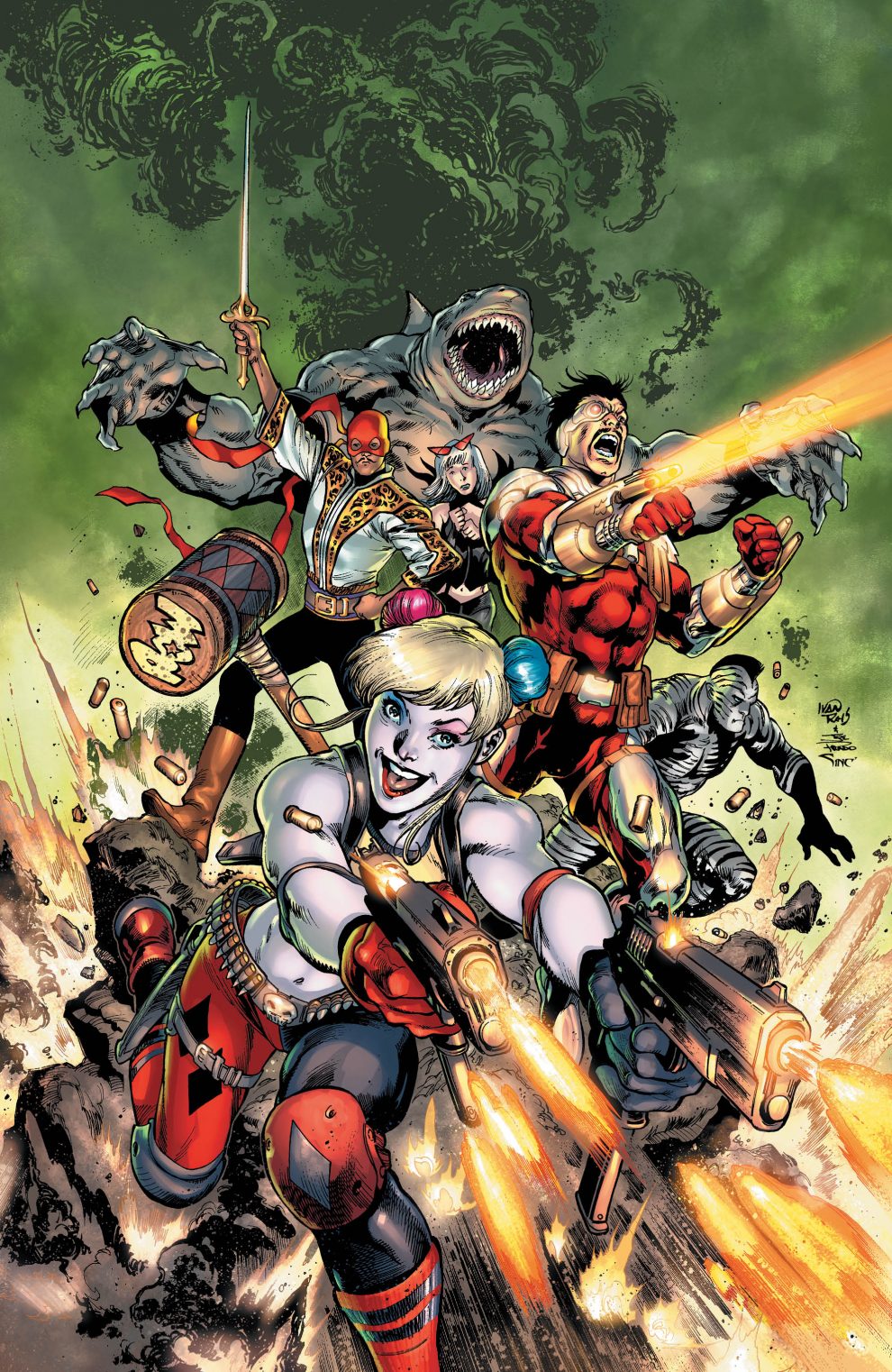 Very much a mixture of old and new, Taylor spends the first half of the issue introducing us all to a motley crew of ne’er do wells and rotters, allowing us to get familiar with them before the reaper’s axe starts to fall. Osita, Chaos Kitten, Scale & Fin, Jog and Wink all make their debuts, arriving as fully formed, distinctly individual characters. Part of a disparate band of terrorists named The Revolutionaries, they have cut a swathe across the planet; destroying Oil Fields, freeing illegals from detention centres and acquiring nuclear warheads. Always somebody with a keen eye for new talent, it isn’t long before Amanda Waller and Task Force X make it their mission of the day to capture them alive (or dead if needs be) and make them the newest Squad recruits.
It is this collision of teams that provides the catalyst for the onset of utter carnage, as old familiar favourites such as Deadshot and Harley Quinn collide with the new breed. The mixture of Taylor’s snappy dialogue and Bruno Redondo’s vibrant and graphically violent artwork make the perfect storm. Each character’s demise is accompanied by snarky exchanges of dialogue that caused this reader to laugh out loud on more than one occasion. The colour work of Adriano Lucas works beautifully too, every panel leaps off the page through the use of bright, bold colours. A dour, cerebral comic this is not, this is an explosion of fun.

Suicide Squad #1 is everything I expected it to be and more. No stranger to killing off characters in the most imaginative of ways, Taylor has laid down a marker here that bodes very well for the future of the book. Always managing to stay, just about, on the right side of going too far over the top, this is going to be a title that consistently entertains. The transient nature of the squad line-up means that there will be constant ins and outs, maybe even on a monthly basis.
So, whatever you do, don’t get too attached to anybody…