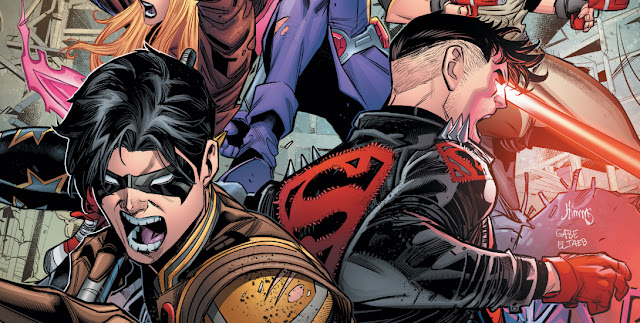 "Lost In The Multiverse" - Finale 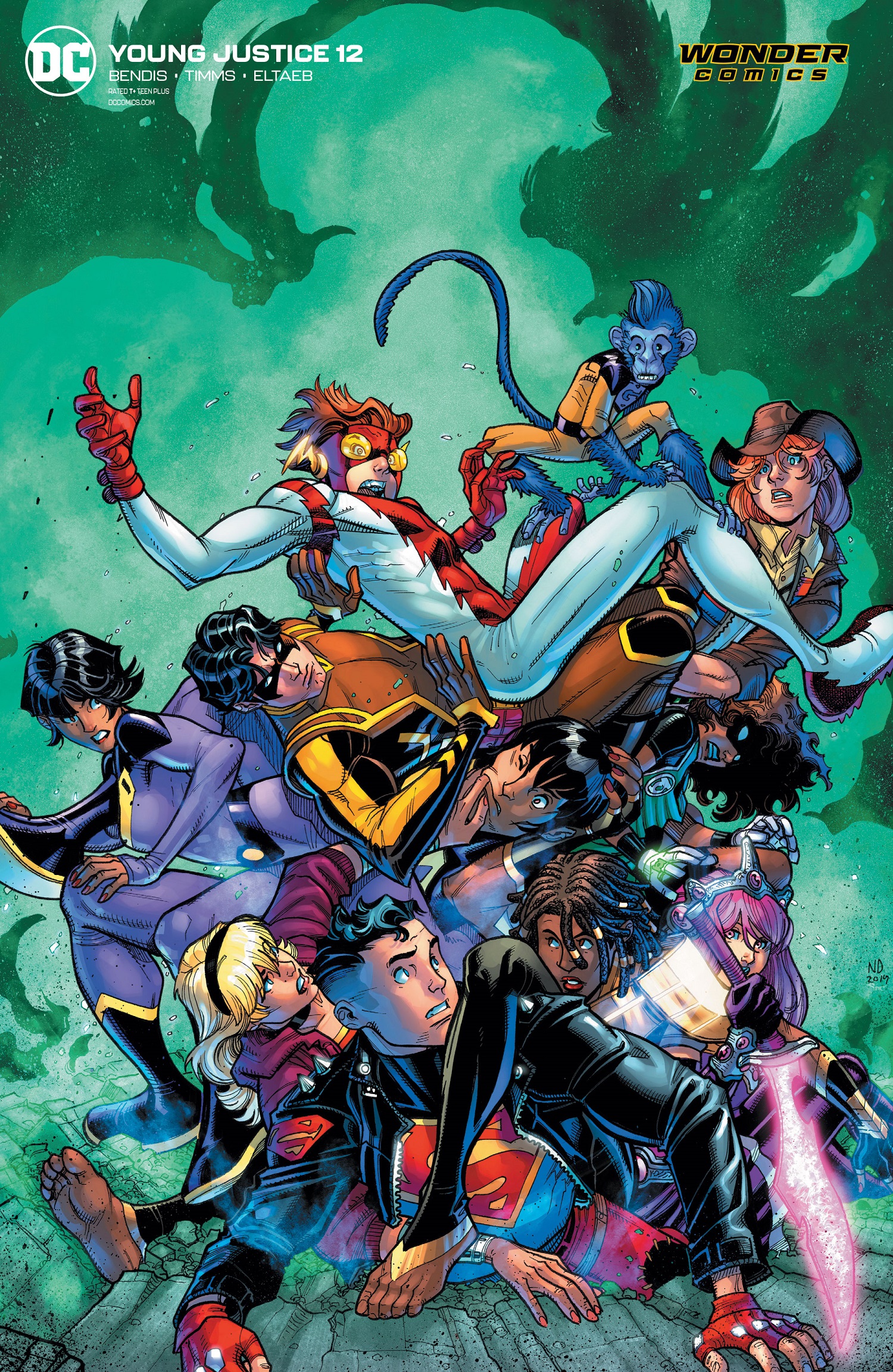 Review by Philip Clark
Young Justice #12 amps up the crazy and hectic activity from previous issues. Every page has so many things happening on it, heck… it feels like every panel has a multitude of things happening!
Last issue brought a new hero to the team in the form of Naomi, and gave us one hell of a cliff hanger. The team of young heroes had finally made it back home, after jumping from universe to universe. Things aren’t as easy as they may seem however, and Superboy was teleported to a different universe… again.
Also, it feels like we’re getting a roster to rival the Justice League itself!

What an absolutely surprising and inspired inclusion The Wonder Twins were. There’s not a single moment that they don’t feel out of place in the comic, which is always a worry. Having them as interns at the Hall of Justice is just brilliant! I love everything about the twins and their introduction into this comic. The way they interact with the members of Young Justice, especially Wonder Girl and Teen Lantern, and then the way they paraded their “official Justice League badges”. I honestly didn’t see their introduction coming, and I loved it!
All these additions do raise a few questions, however. Are they now a permanent fixture in this comic? Are they now members of the team too? I would love it if they were, at the very least, recurring characters throughout the run. Do you hear me Bendis?!? This story arc had better not be the last time we see them!

So many new characters grace the pages of Young Justice #12, and Dial H For Hero delivers two more!
While watching the multiverse portal with The Wonder Twins, the group were taken aback as a new duo popped out. The phone they hold is more recognised than they are, as Drake immediately trusts them because of it, Whoever Drake trusts, the rest trust too. 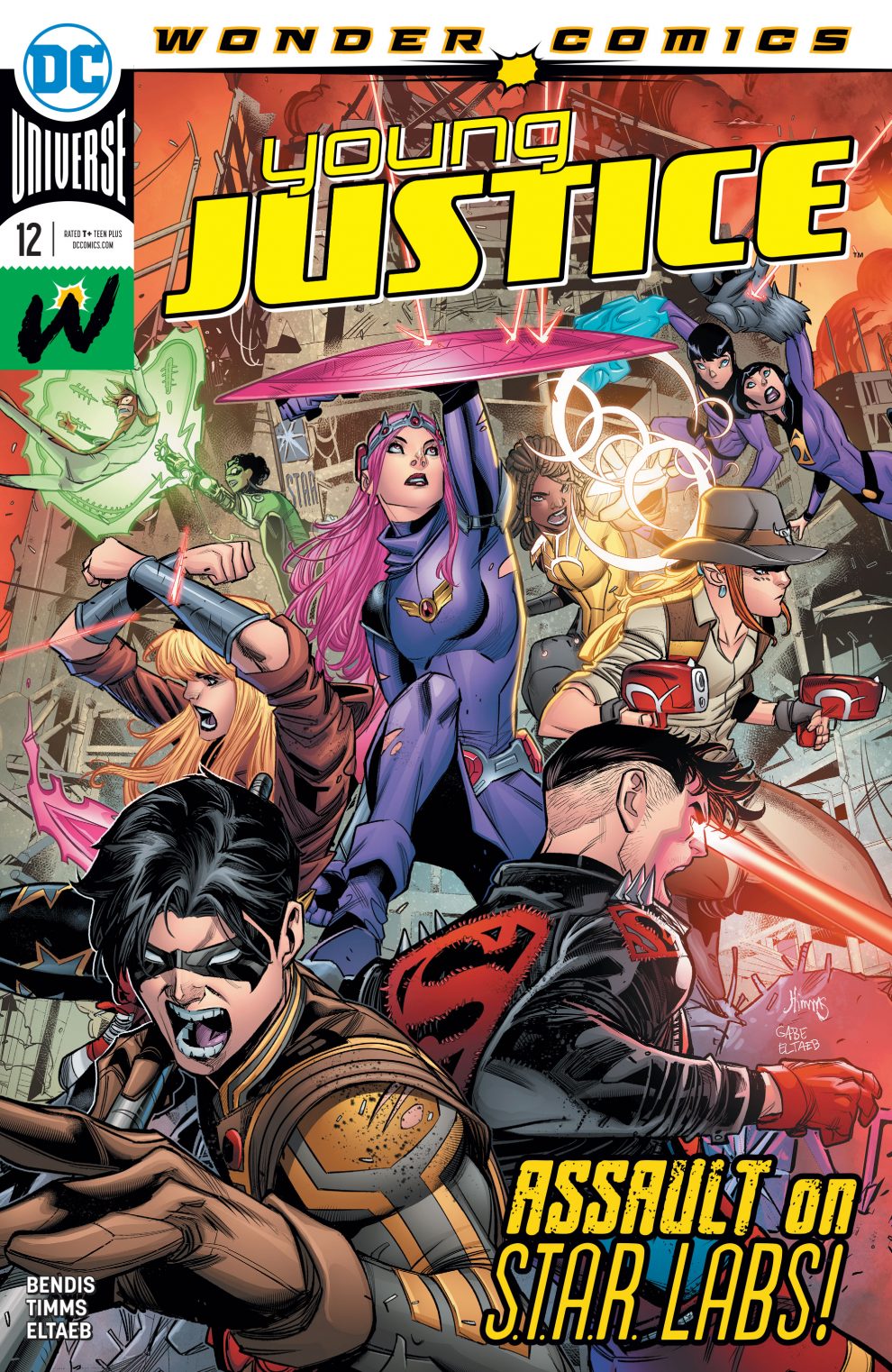 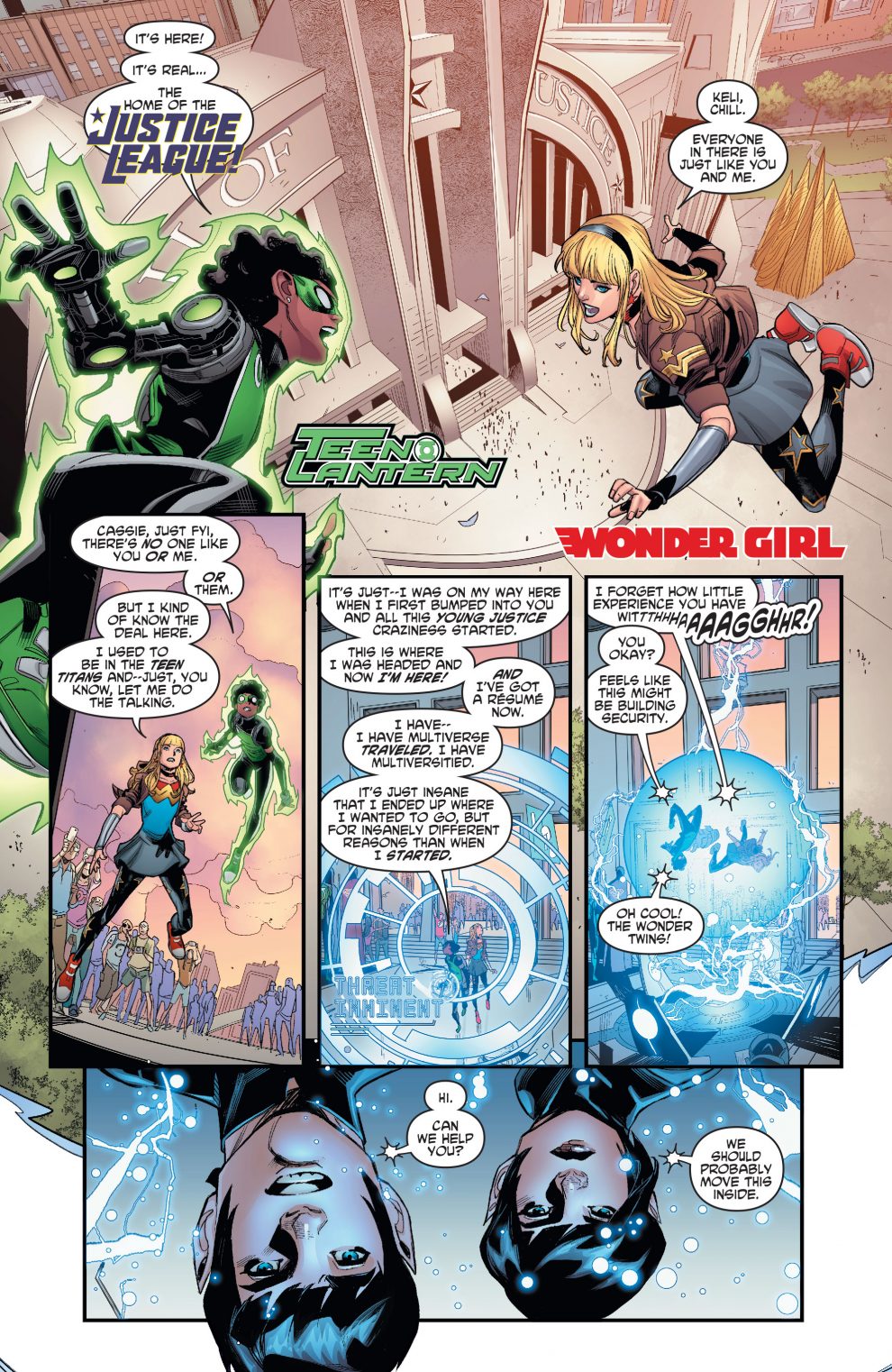 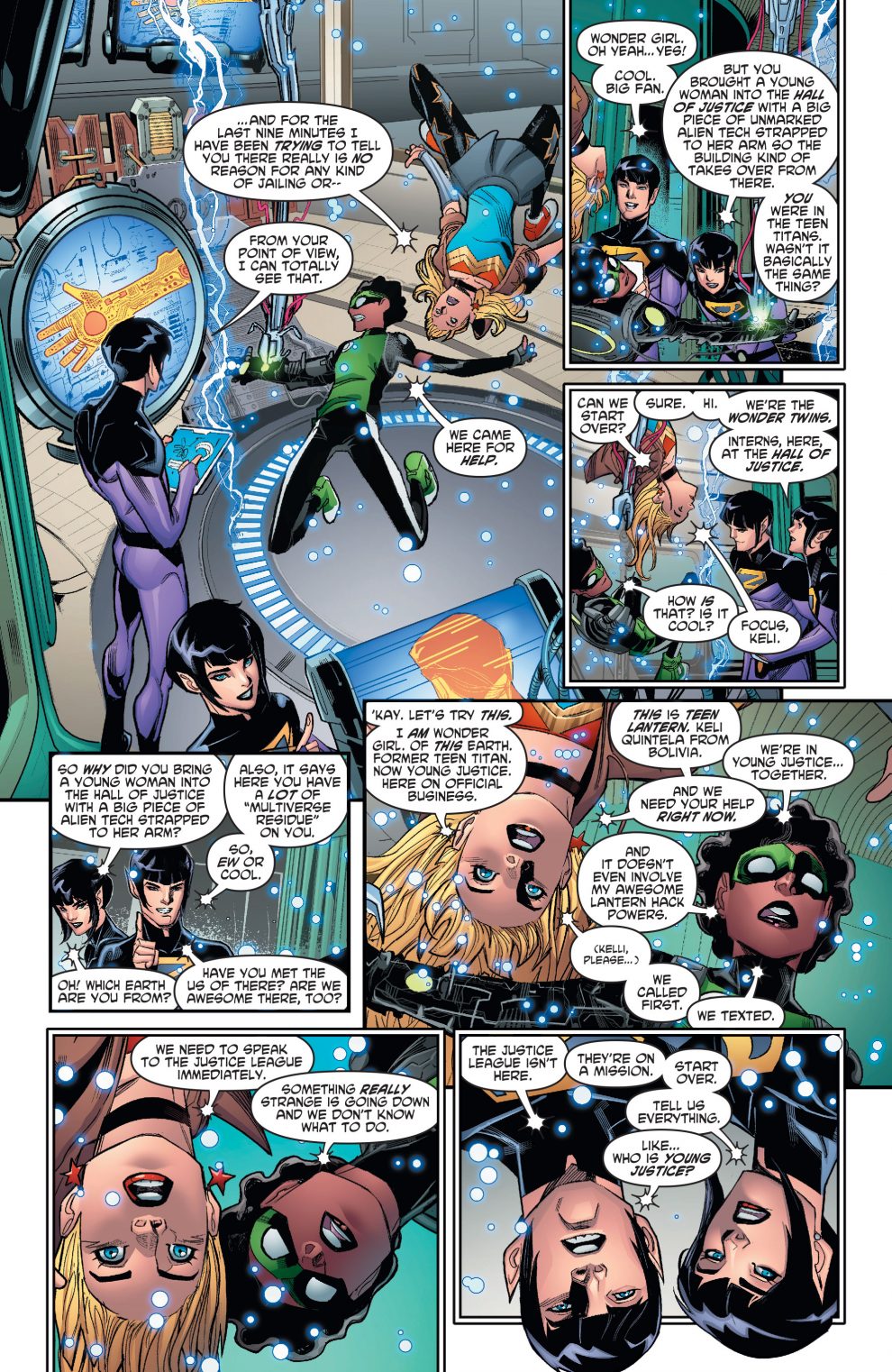 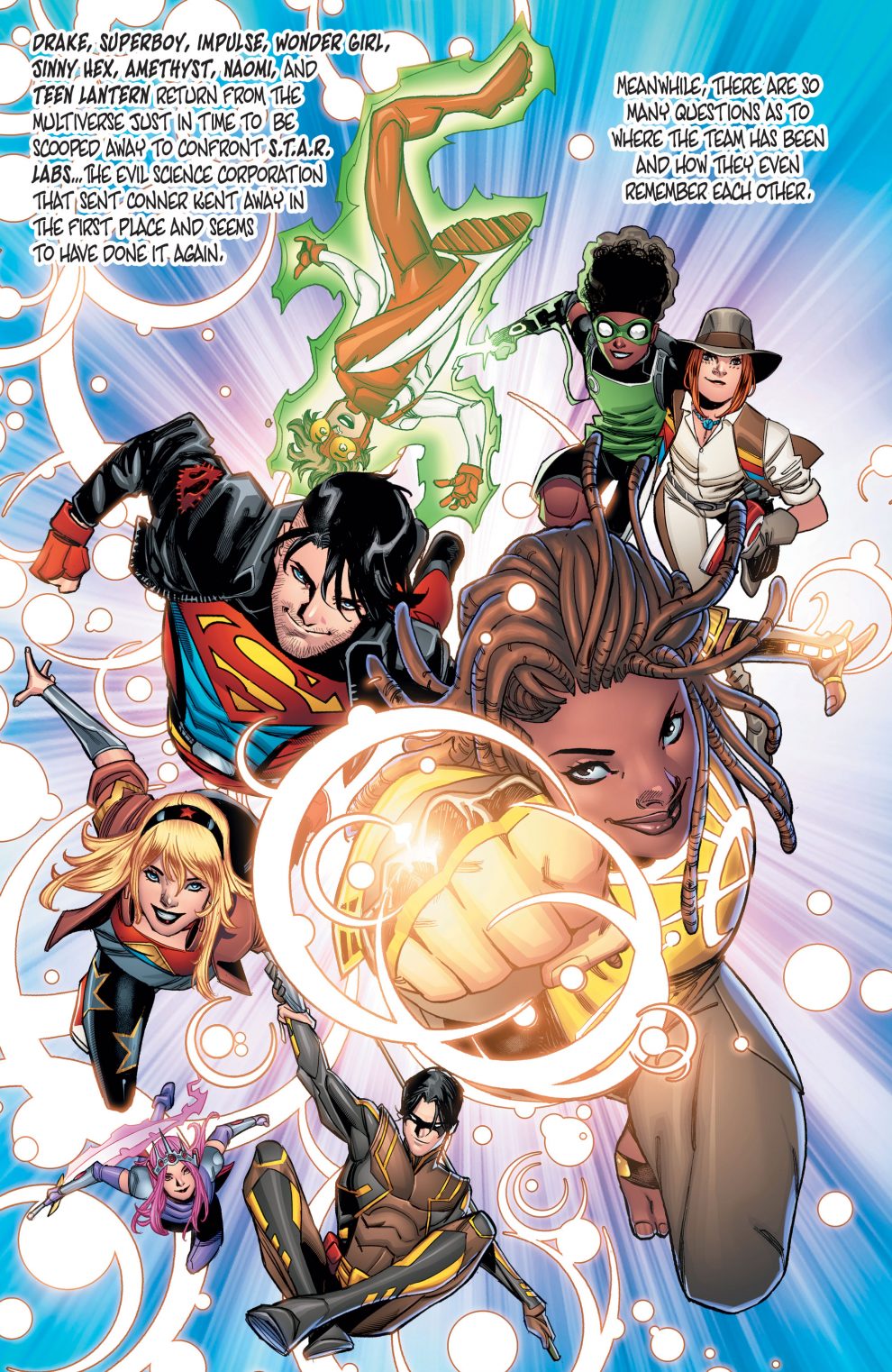 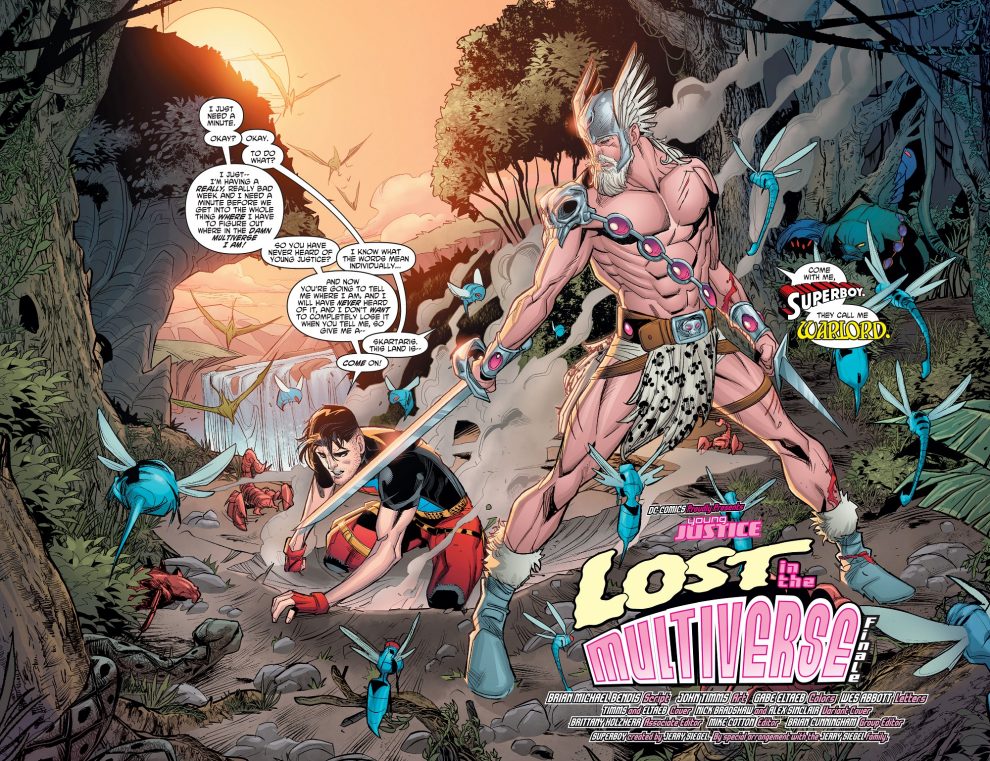 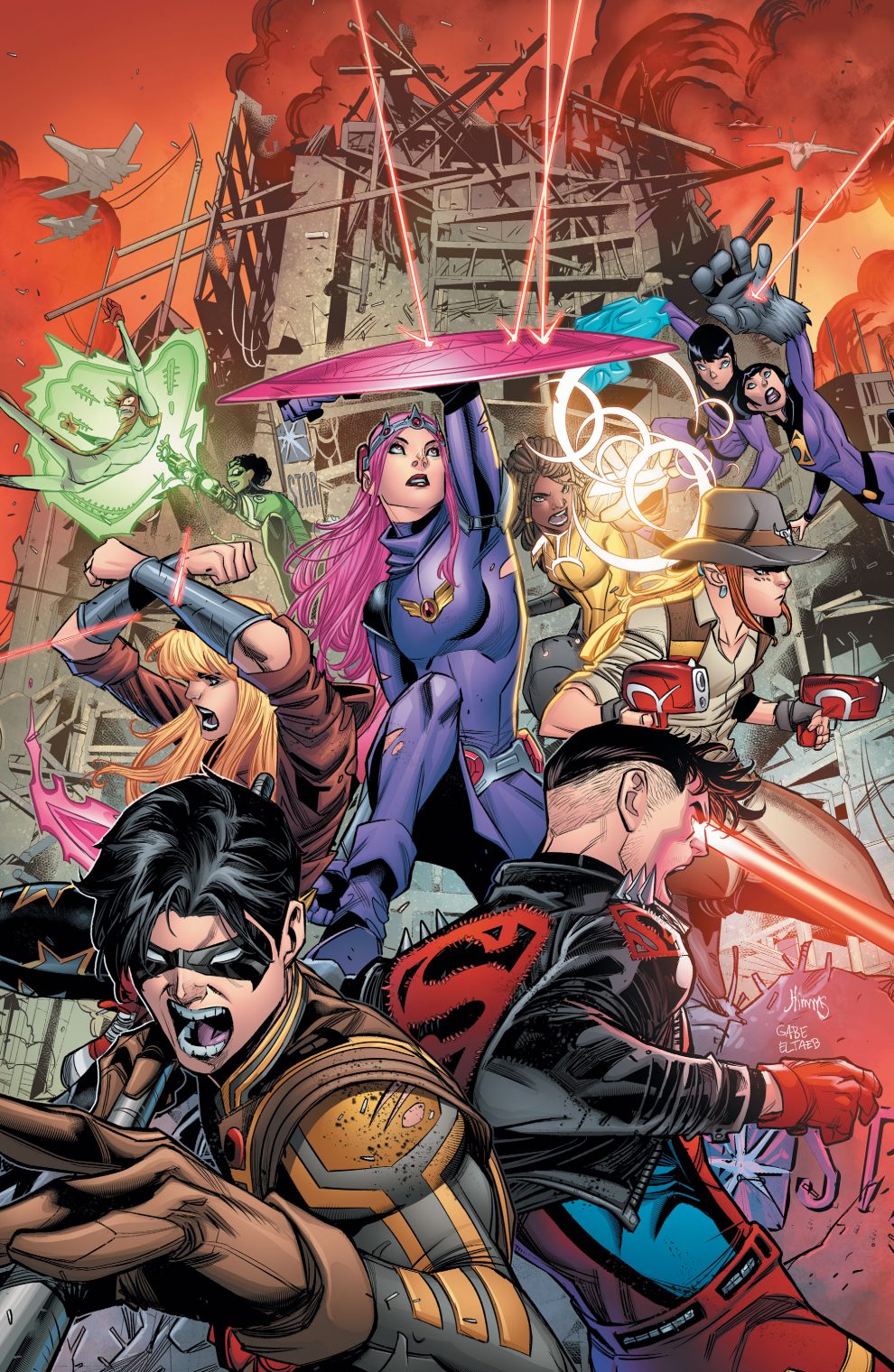 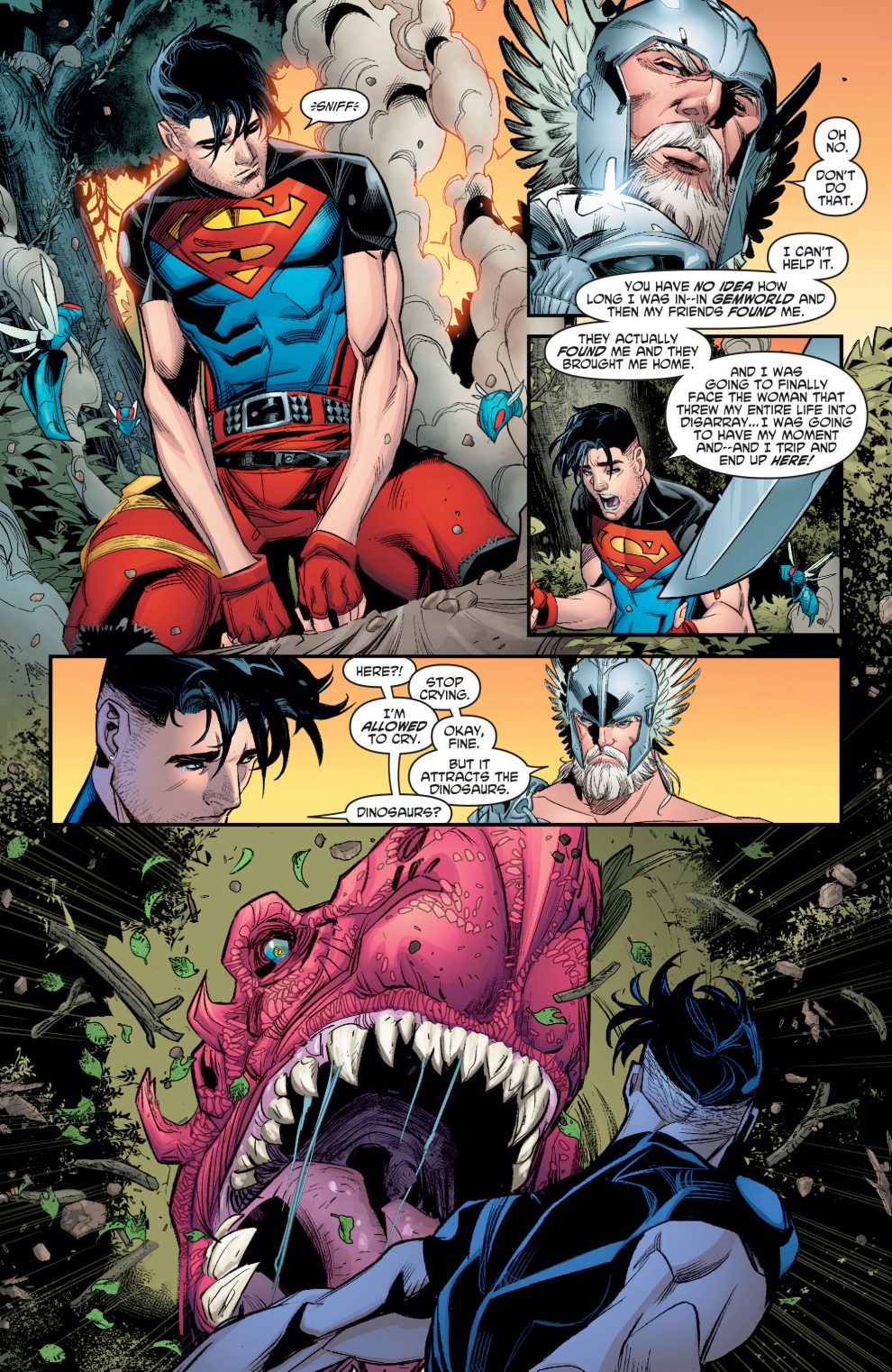 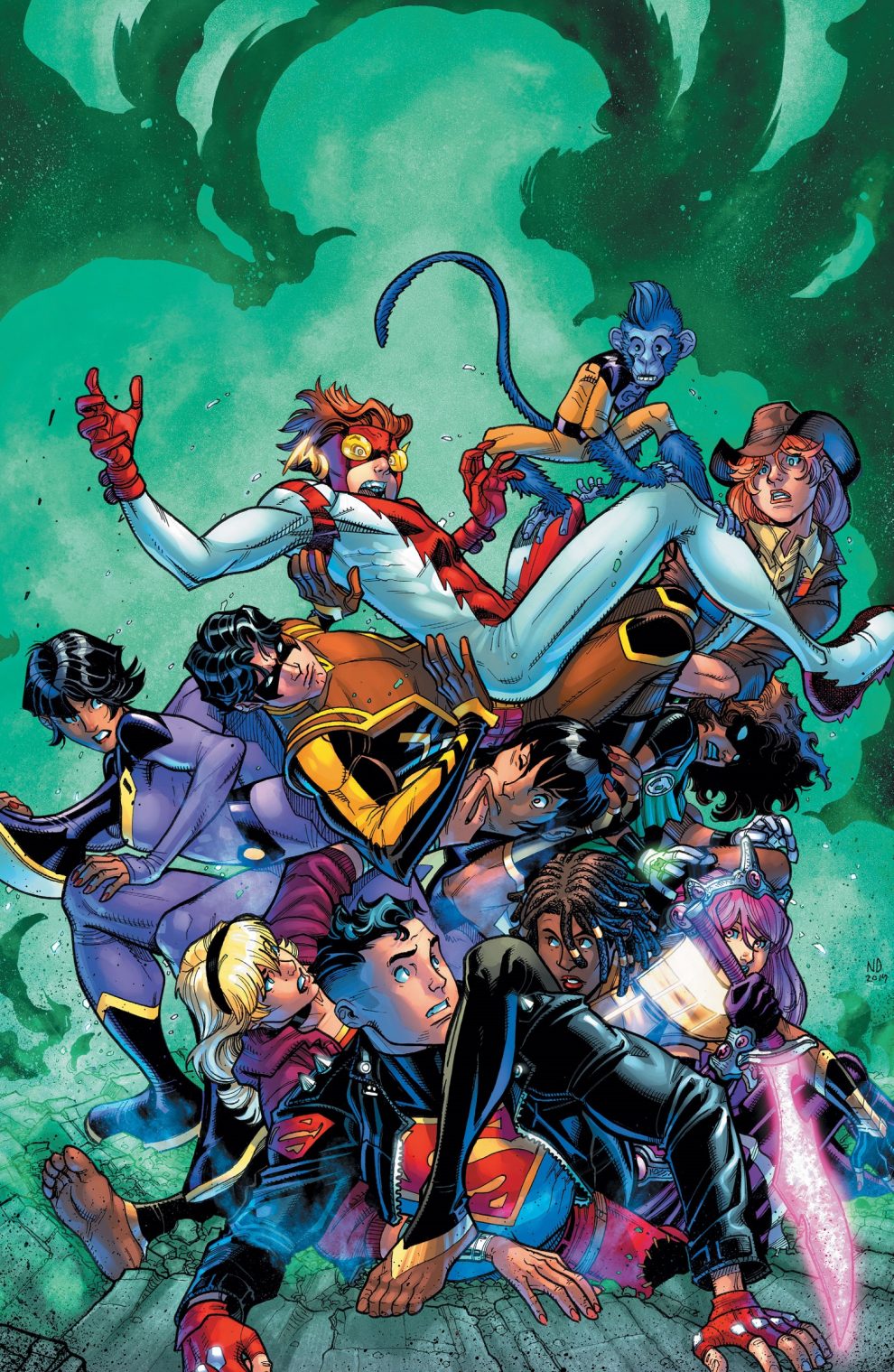 Introducing two new duos of heroes in the same comic could have been a little daunting for both the writer and the readers. This issue however, feels so jam packed with things already that it just flowed with the rest of the tale.
I’ll admit that Dial H For Hero is a new concept for me, I’ve never heard of it, or the characters before. Though I will say that they seem super cool, and the powers seem diverse and interesting too. I look forward to seeing what they bring to the team going forward!

My my my, what an issue Young Justice #12 was! It was all sorts of erratic and crazy. Everyone was doing their own thing, while still being an integral part of the group dynamic.
There really was a lot that happened in this issue. I mean, Superboy was ported to another universe and we didn’t even get to spend that much time with him! Who knows what’s happening with Stephanie, Batman, Dr. Glory and, of course, S.T.A.R Labs and what they’re after is also still a mystery.
There’s only one thing I know for certain, and that is I cannot wait for the next issue. Again.