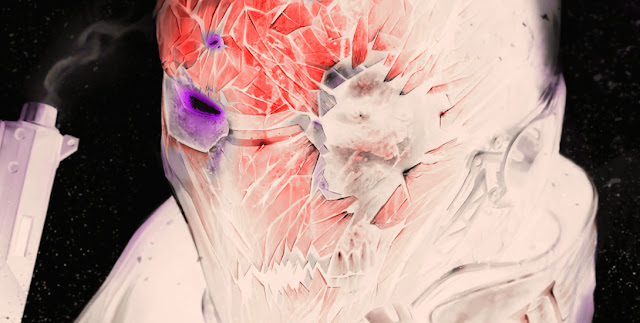 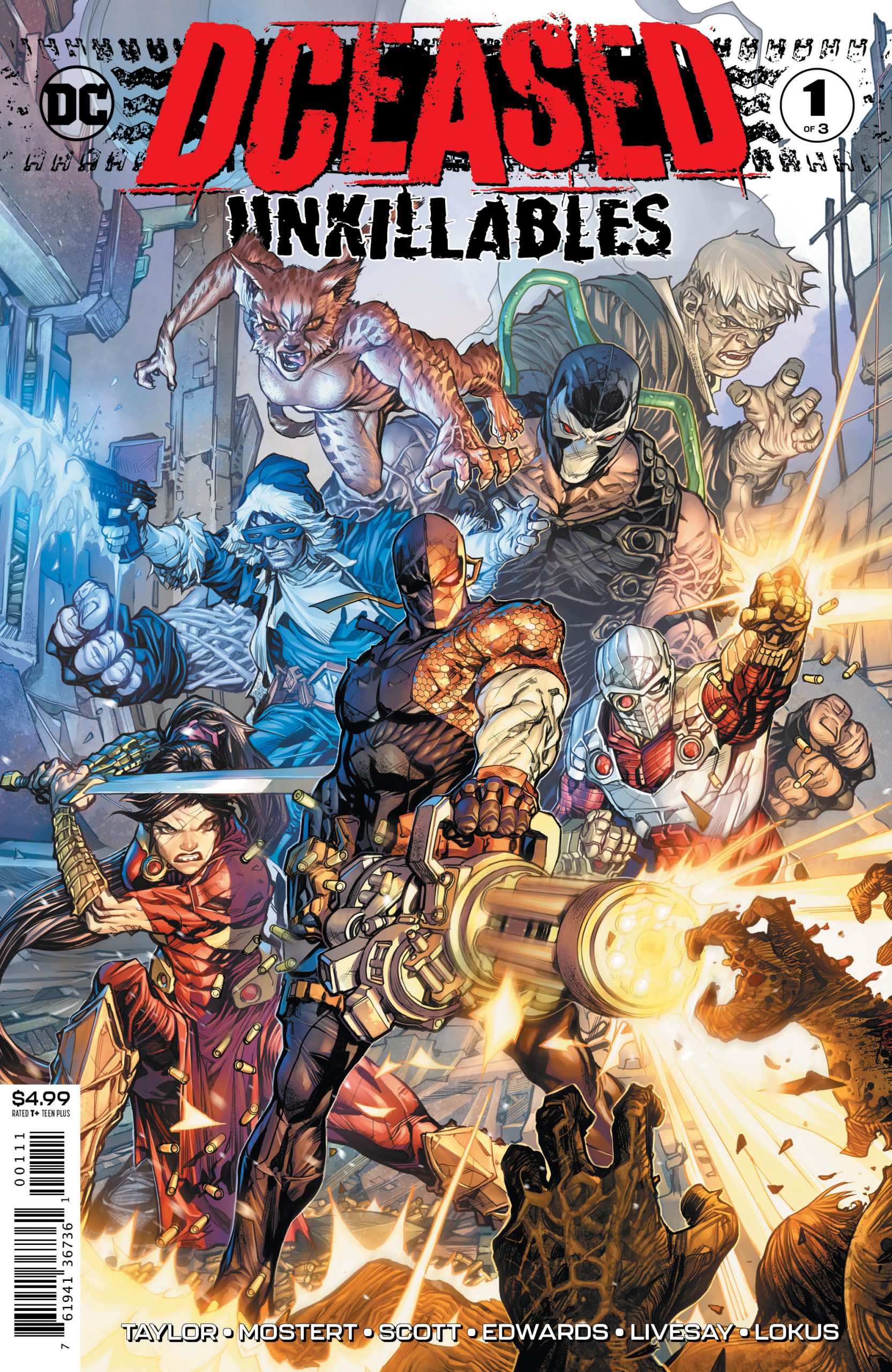 DCeased: Unkillables #1… now that’s entertainment. The follow up to last year’s smash hit mini-series has started with a bang. The original story was so stellar that this follow-up really had a lot to live up to… but, as with most Tom Taylor stories, it’s clear that this title isn’t an afterthought or a cash-in, but something that was sitting at the back of the writer’s (incredibly scary) mind from the start.


The original DCeased focused mainly on DC Comics’ heavy hitters, but many players were missing from the action. In this issue we catch up with the likes of Red Hood, Deathstroke, Ravager and Mirror Master. Not characters that make you sit up and take notice? The way they’re written and drawn in this issue may well change your mind about them! 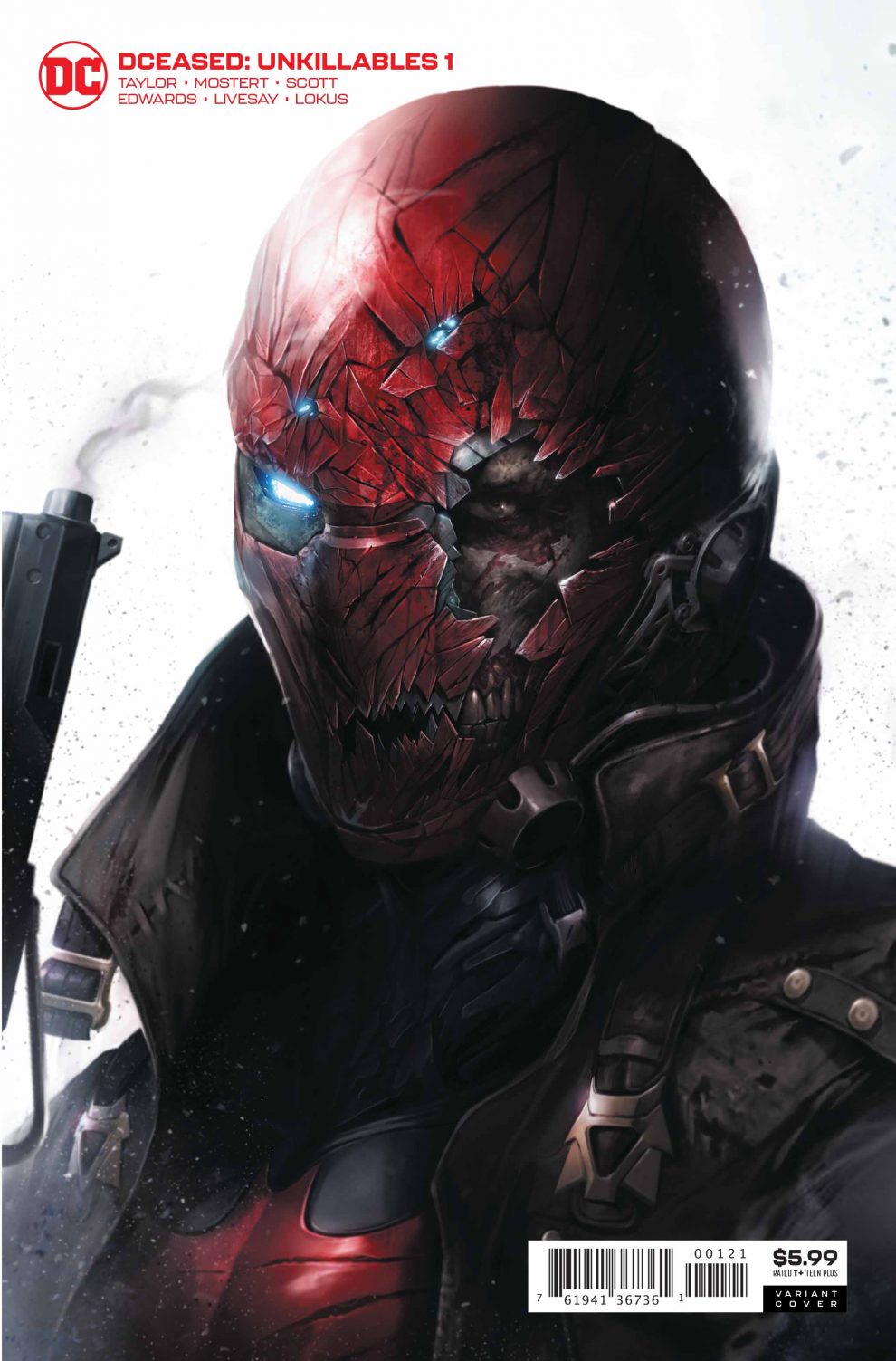 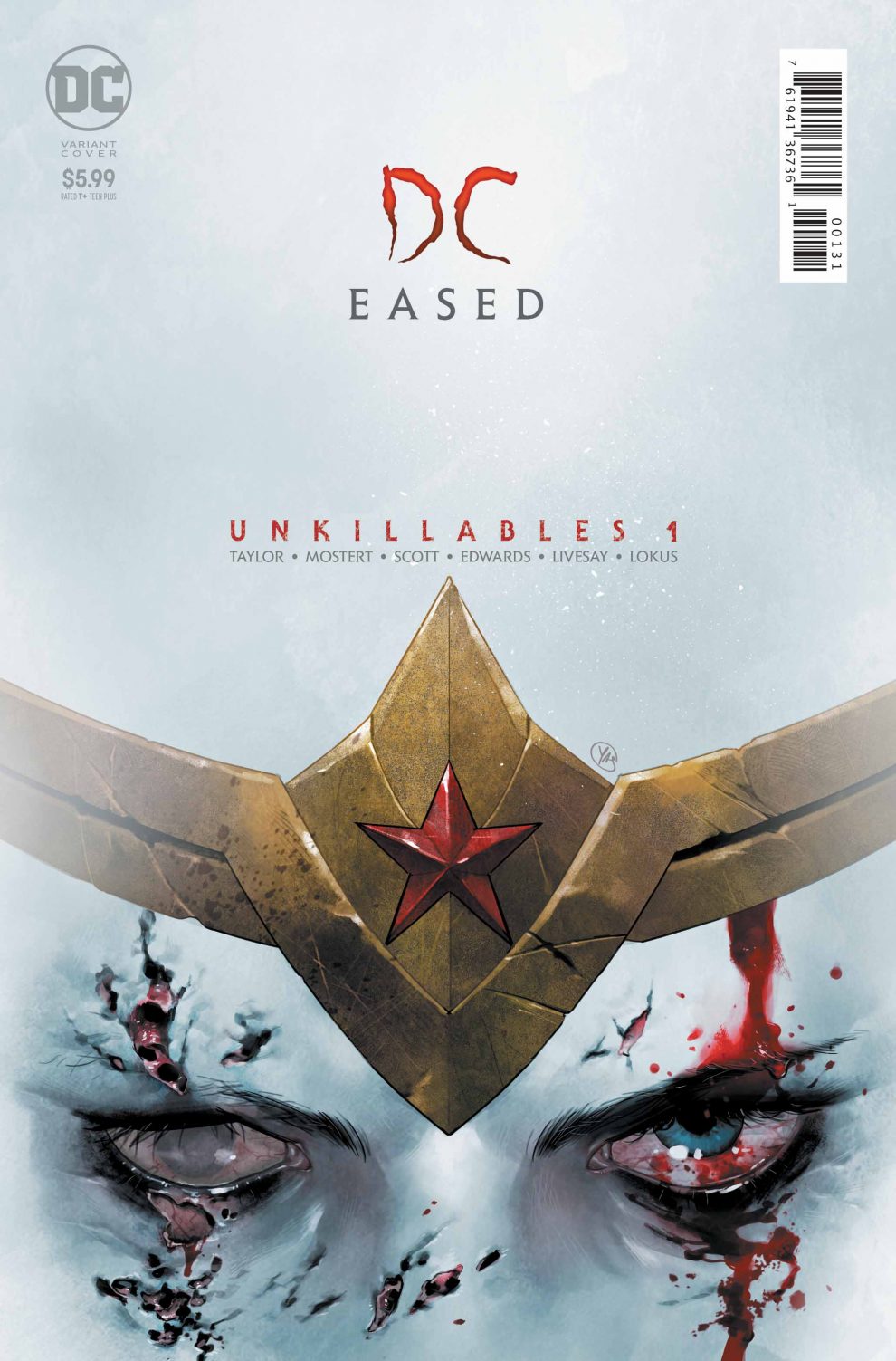 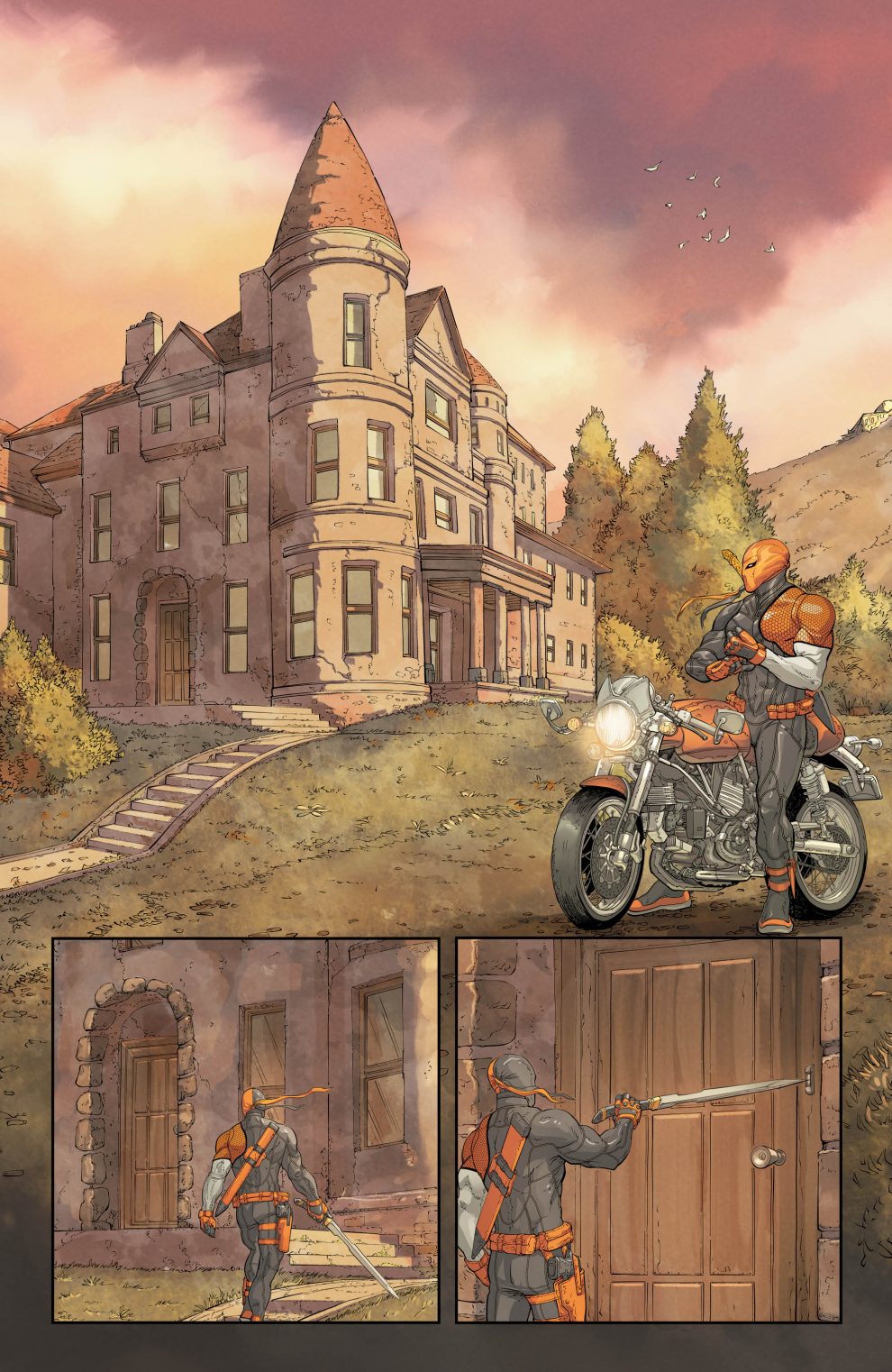 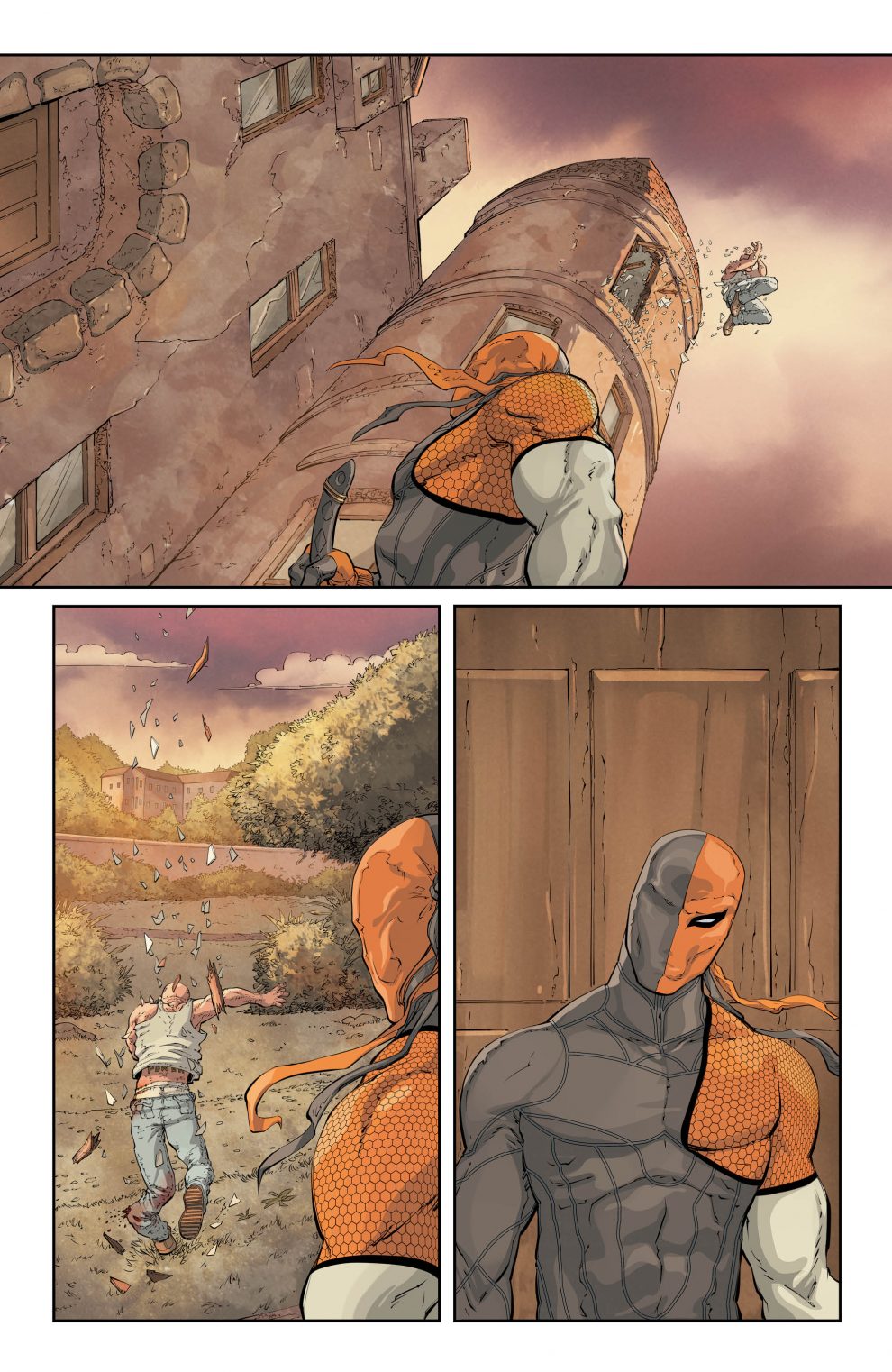 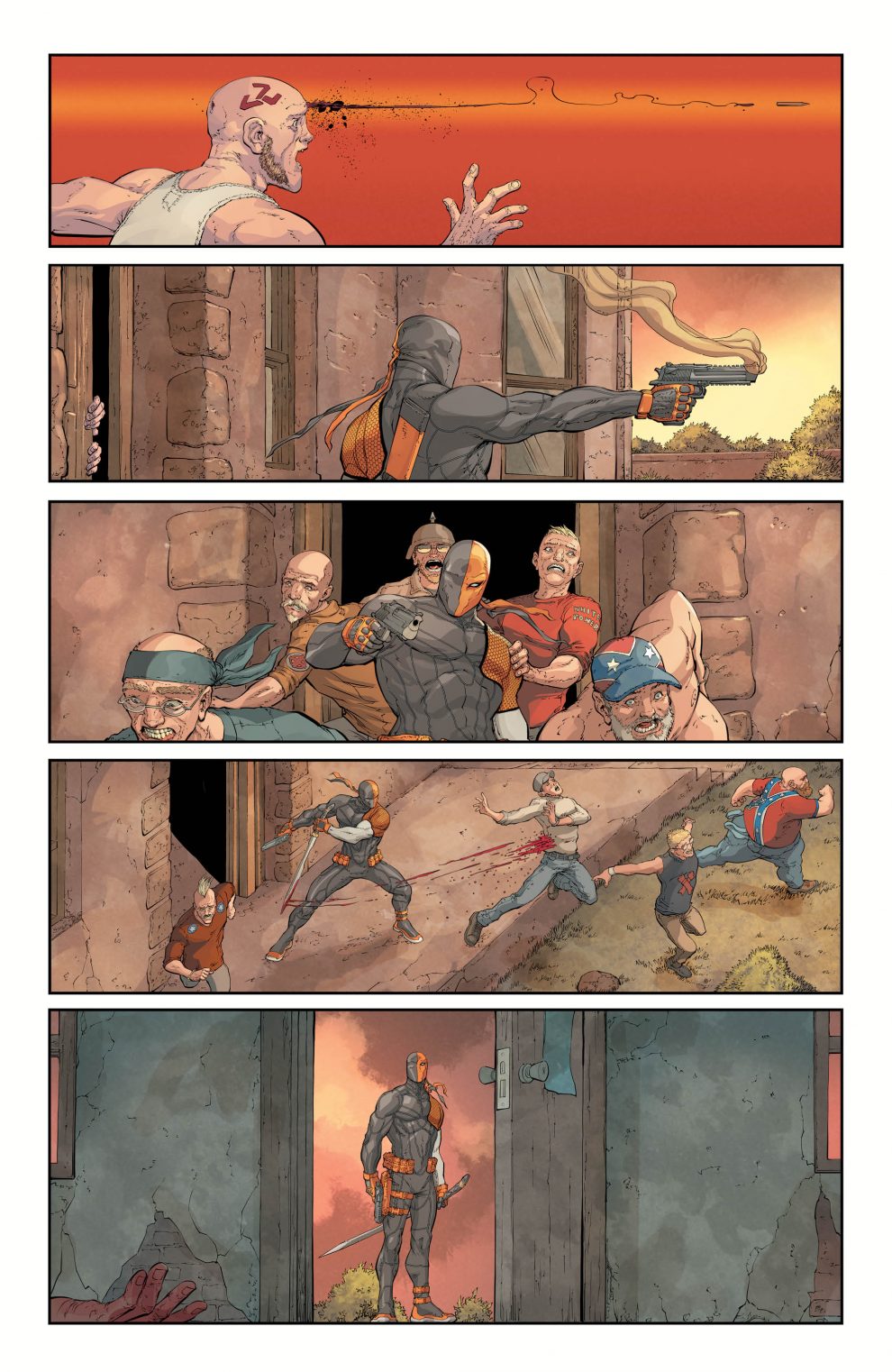 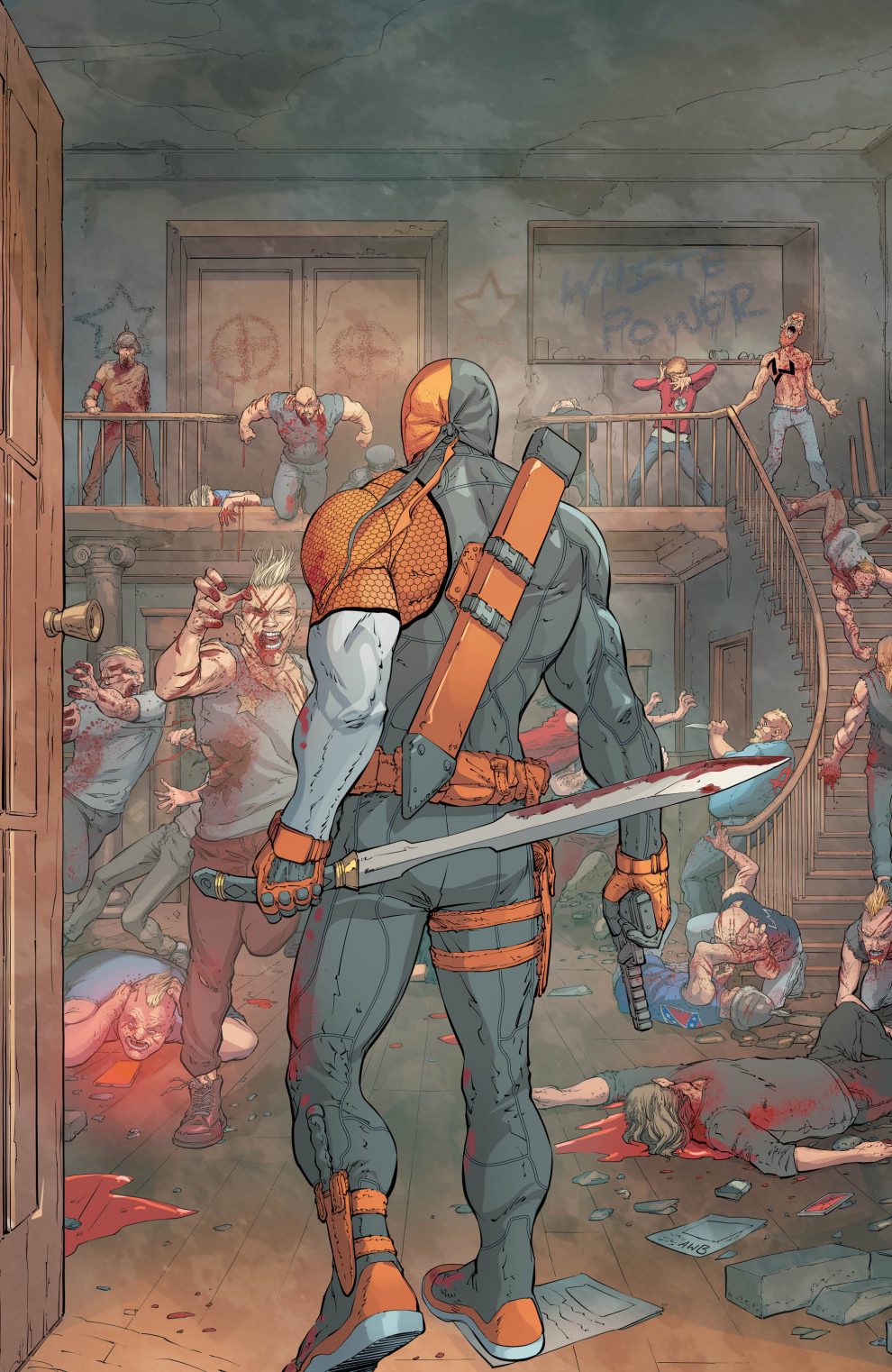 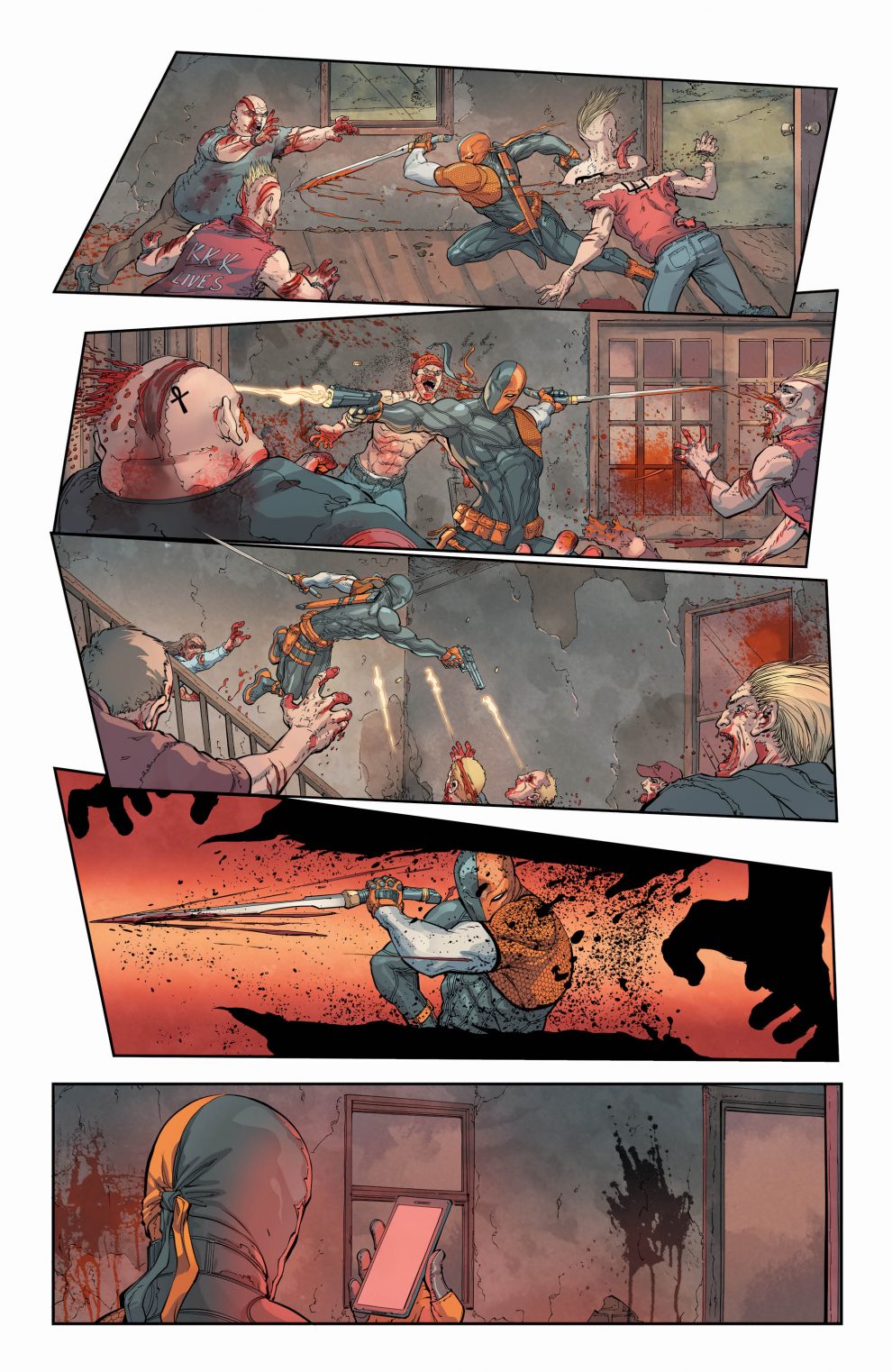 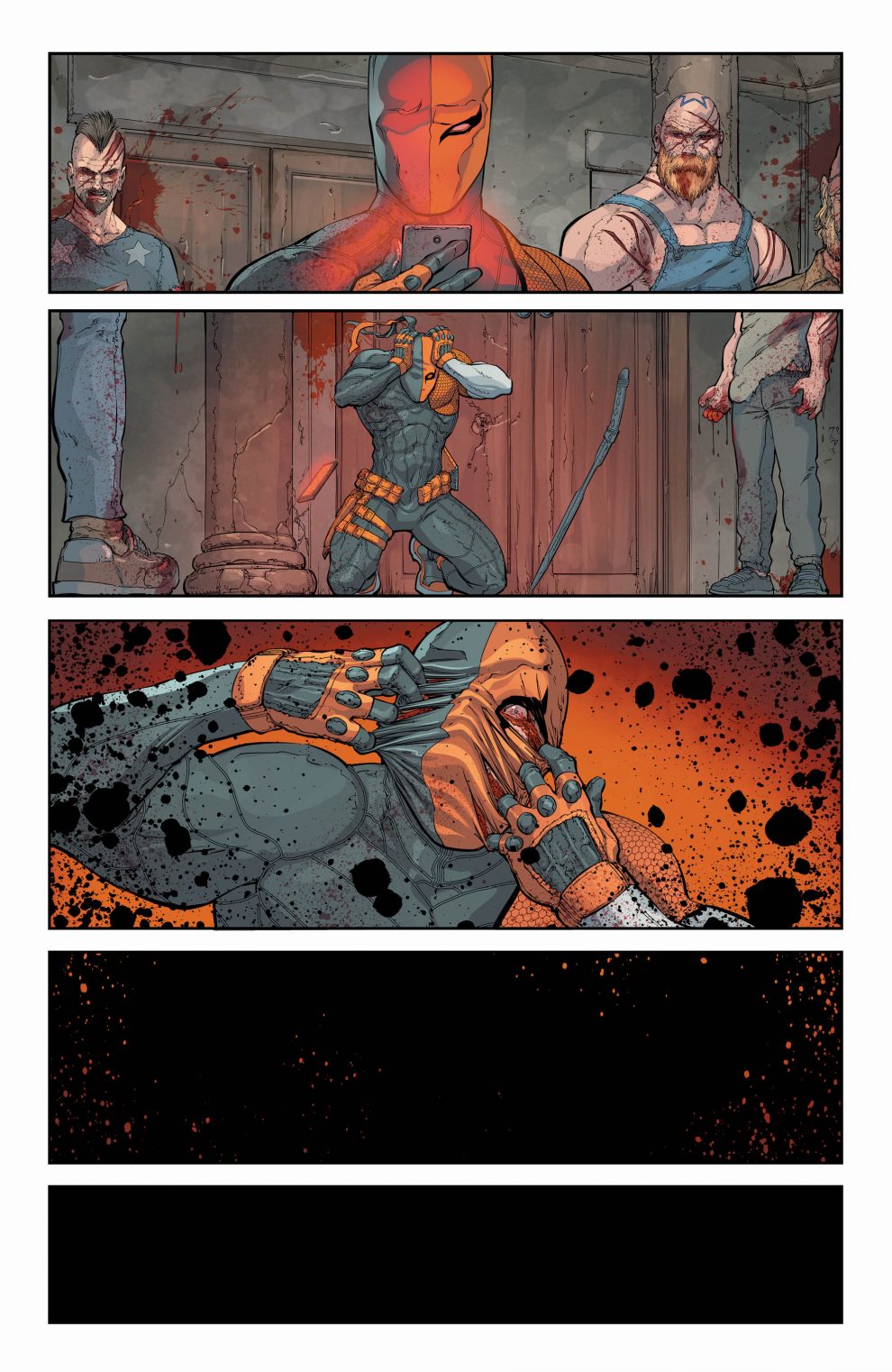 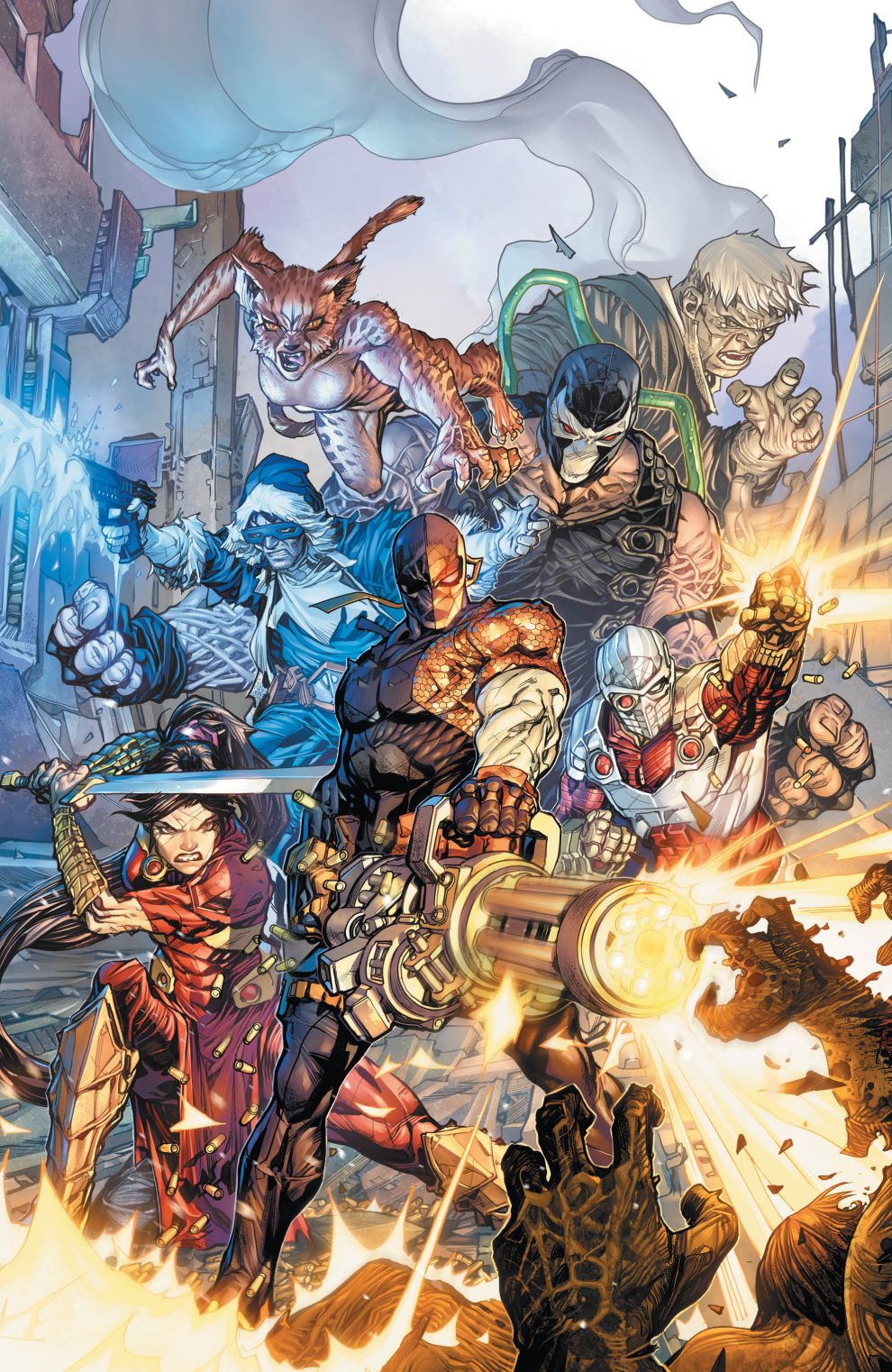 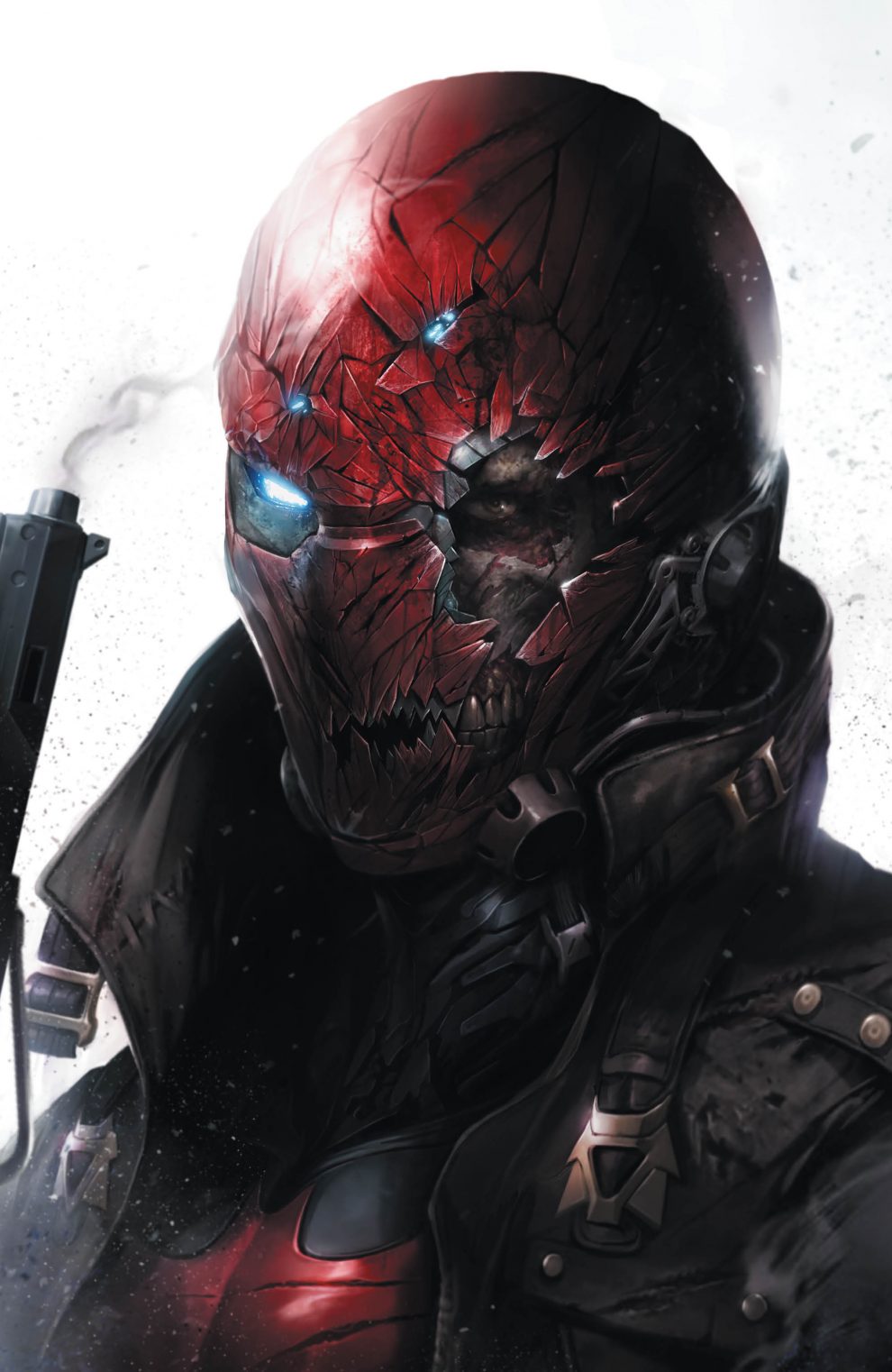 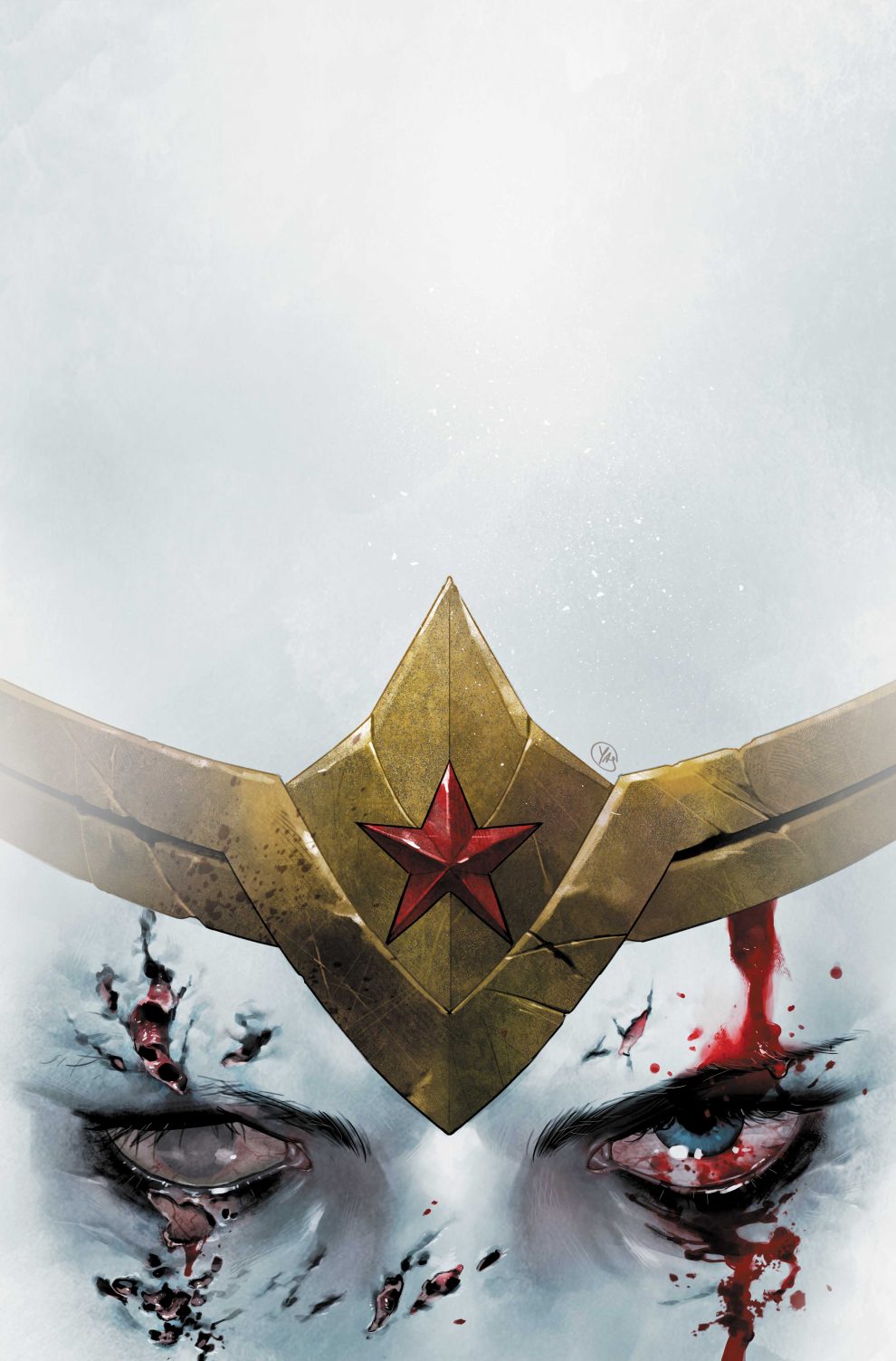 I’m new to the art of Karl Mostert, and this makes me sad. The art in this issue is simply gorgeous; horrific, gory, disturbing… but gorgeous nonetheless. Having multiple inkers didn’t hurt the look of the book either, as Trevor Scott, Neil Edwards and John Livesay don’t smother Mostert’s pencils, making the story flow in a way that it’s actually hard to spot which inker is responsible for which individual pages. This is unfortunate in some ways, as I’d love to single out highlights from each artist, but suffice it to say that the visuals in this book are first rate.
Much of this is down to the color art by the always impressive Rex Lokus. There’s almost a water-color feel to the hues Lokus applies to the line art in this issue. The various degrees of red he uses – there’s a ton of blood in this book – must make it pretty difficult. I have to say that DCeased: Unkillables #1 is a dream (nightmare?) to read, and to look at.
Saida Temofonte’s captions and blood spattered titles are also wonderful, and they add so much character and atmosphere to the finished book. For some reason DC gave us unlettered art for this review, which is a little disappointing. However, this means that you need to pick this series up, because Saida’s work is the blood red icing on this rich and delicious cake.

I’ve always wondered how a deadly virus, including one that transforms people into mindless flesh eating zombies, would affect characters with rapid healing abilities. Tom Taylor answers many of those questions in this issue, but raises so many more that I’m already hooked. When I first heard about this series I was initially disappointed that it would only be running for three issues, but they’re double sized! We’re actually going to be getting six books’ worth of comics in half the time!
After seeing Jason Todd’s reactions to the loss of most of the Bat-Family, and the way the rest of this story is moving forward, I’m already dead excited to read more.
… sorry.