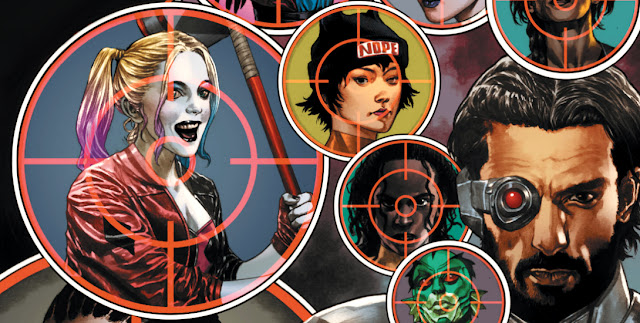 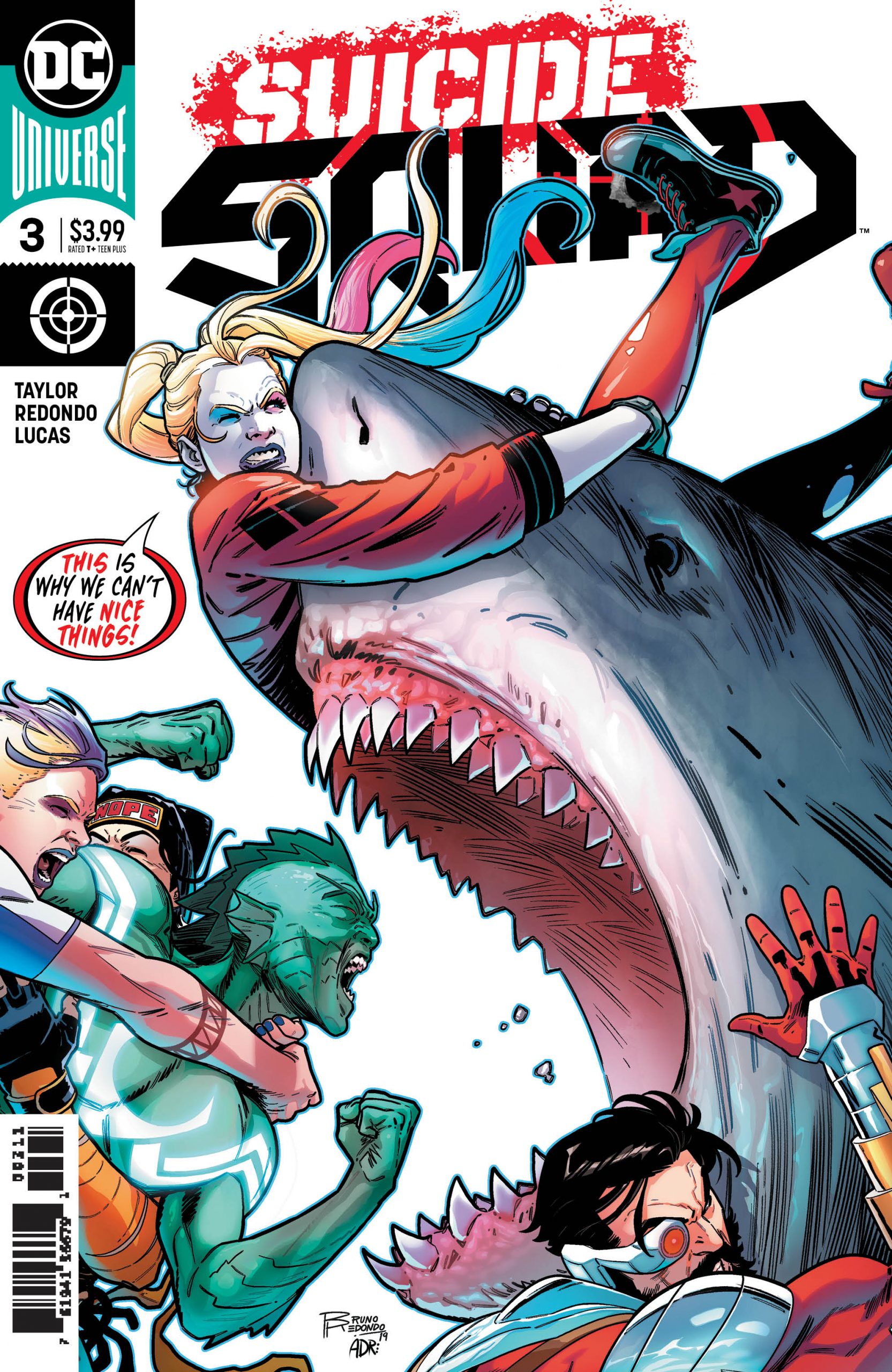 Crash, bang, wallop, what an issue! Suicide Squad #3 is a thoroughly entertaining read from start to finish, continuing the extremely high level set by Tom Taylor‘s preceding two issues. a perfect storm of wanton violence, character development and a great showcase for the skill sets of the new members of Task Force X.
Following on from the cliffhanger ending of issue #2, the mission is still very much in the balance, after the explosive actions of Osita put the team in jeopardy. I applaud Taylor’s choice regarding the decision made by Deadshot in this immediate aftermath, as it shows the nice handle the writer has on the character and his moral compass. Whilst a deeply flawed and at times ruthless killer, the arc that Lawton goes on here is very consistent with the rich history of the character, it feels authentic and right.
This issue is very much the territory of the new team members, with old stalwarts Harley and Deadshot pushed slightly out of the spotlight. Again, this is the correct choice. Long time readers of the Squad’s exploits will already be familiar with what their favourites bring to the table, so by giving the new breed a push, the process of getting to know them is made easier and quicker. Don’t get too attached though, as we all know that the Squad line up has always been somewhat… transient. 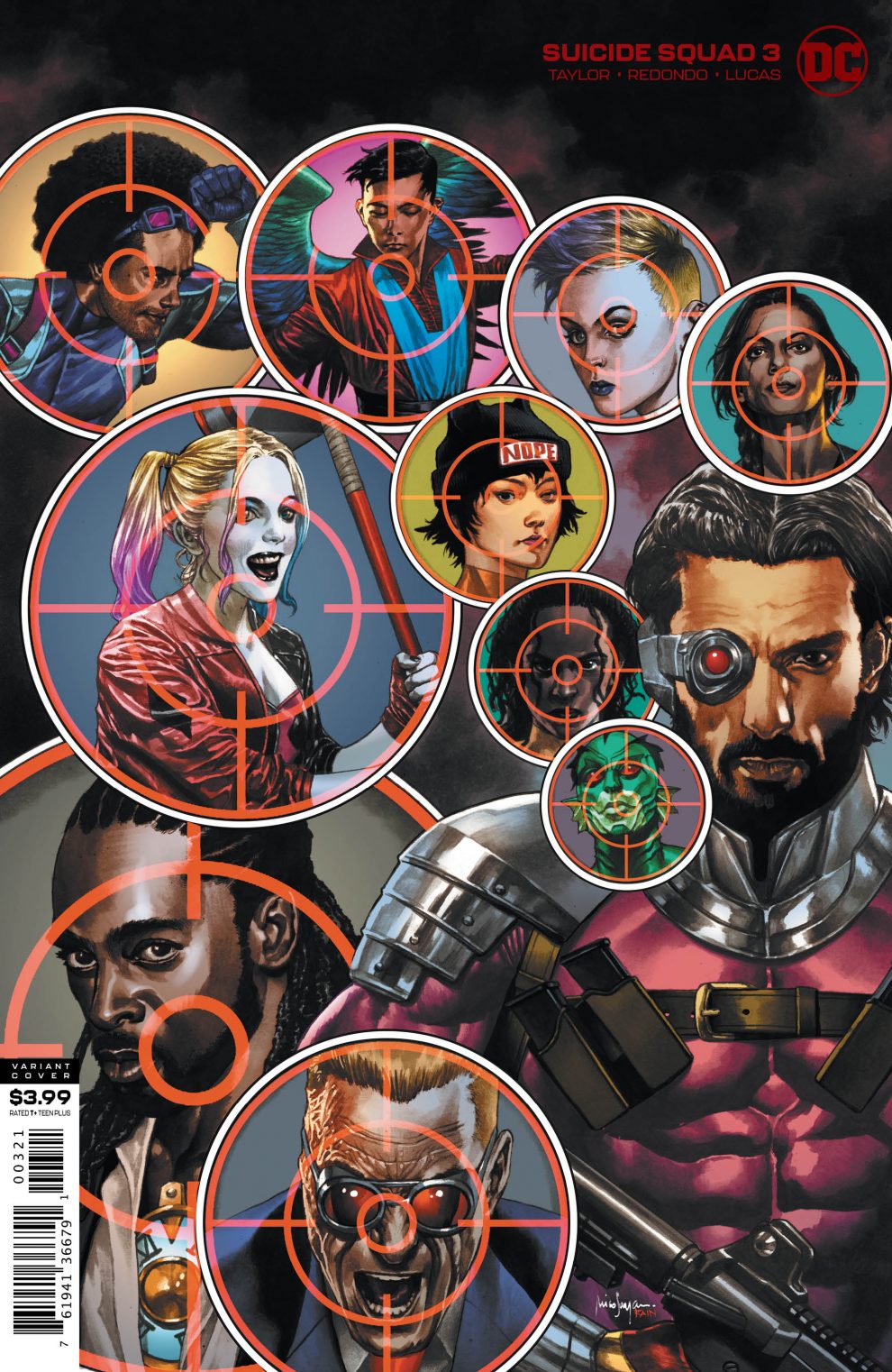 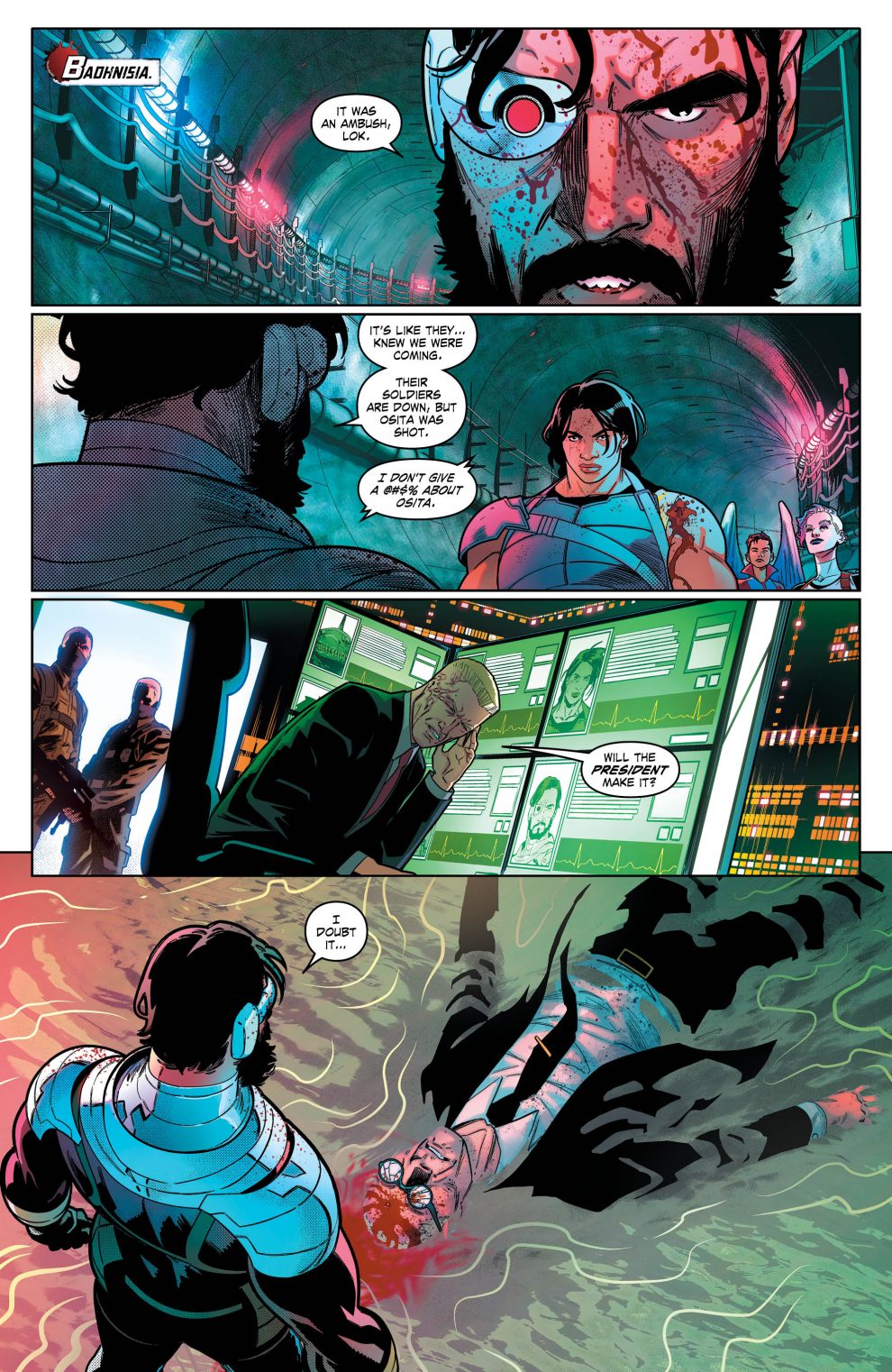 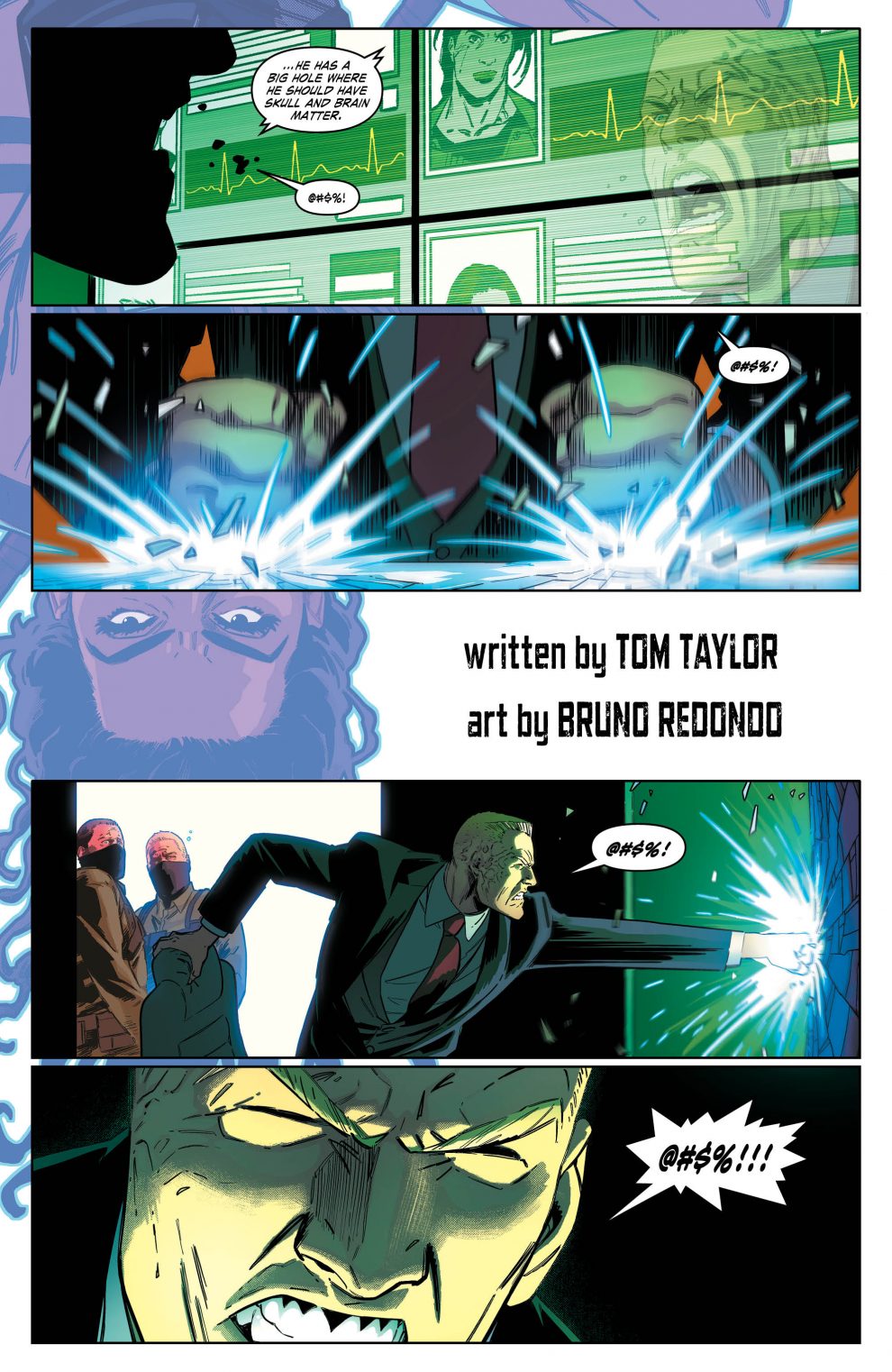 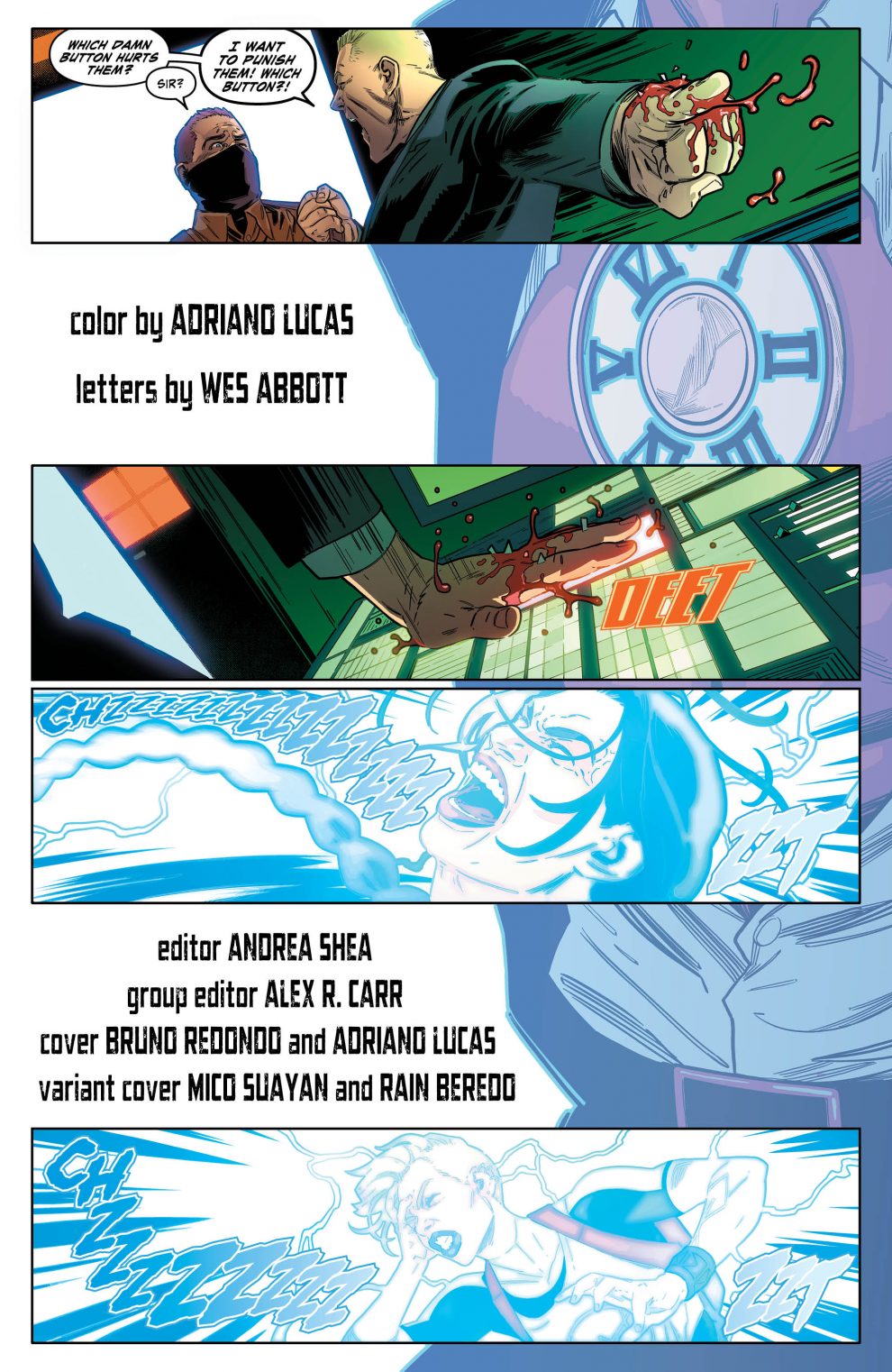 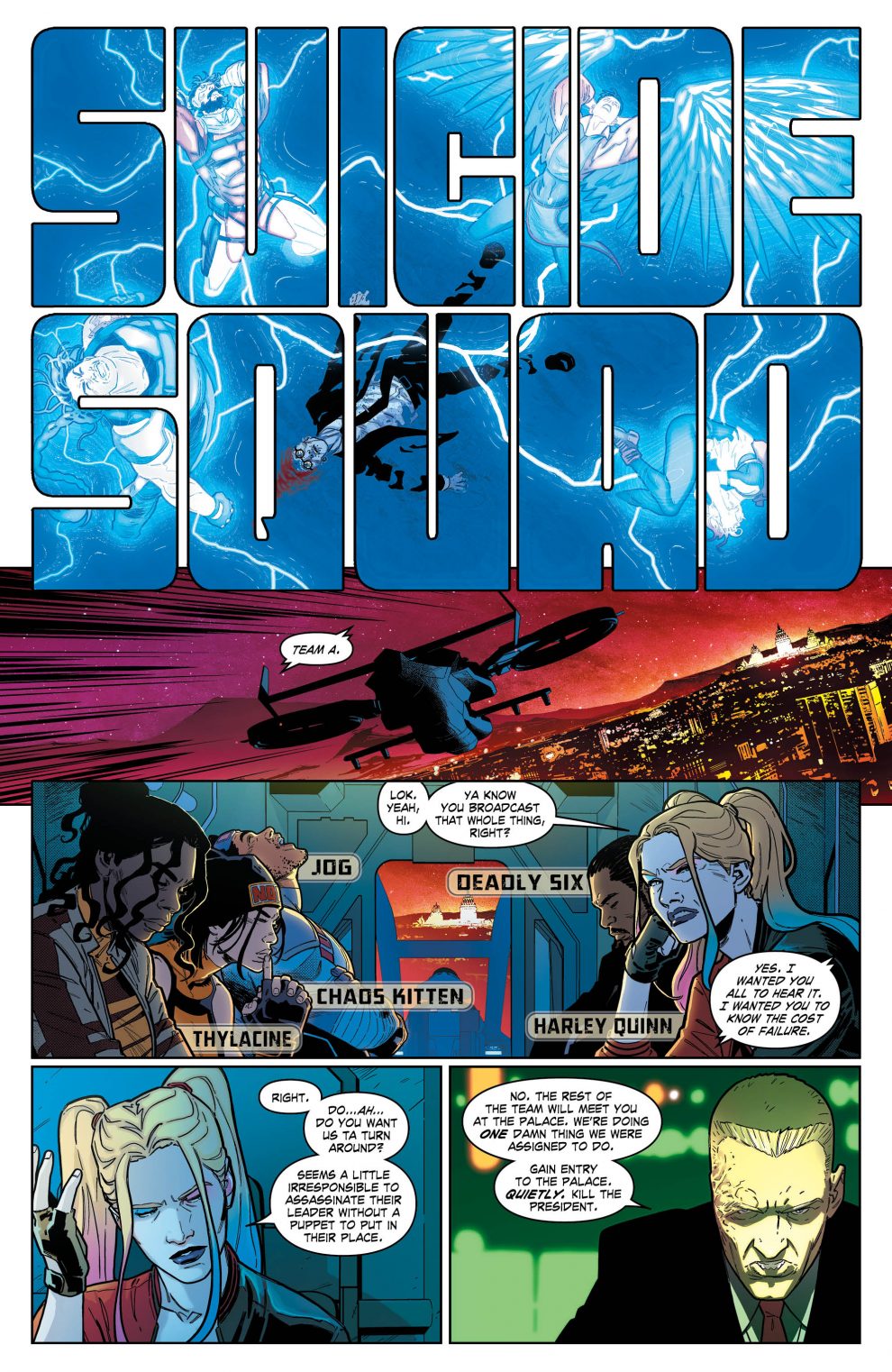 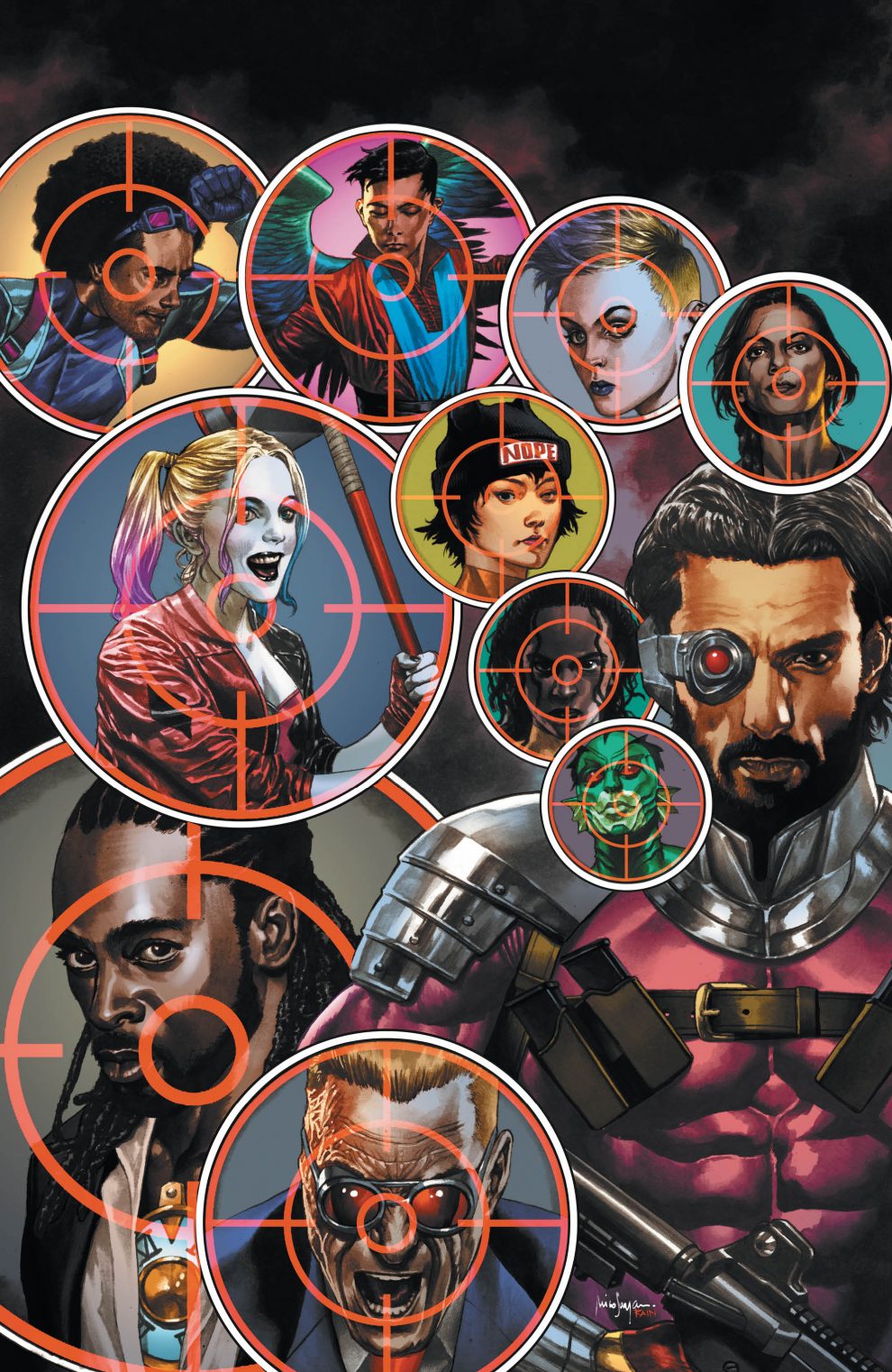 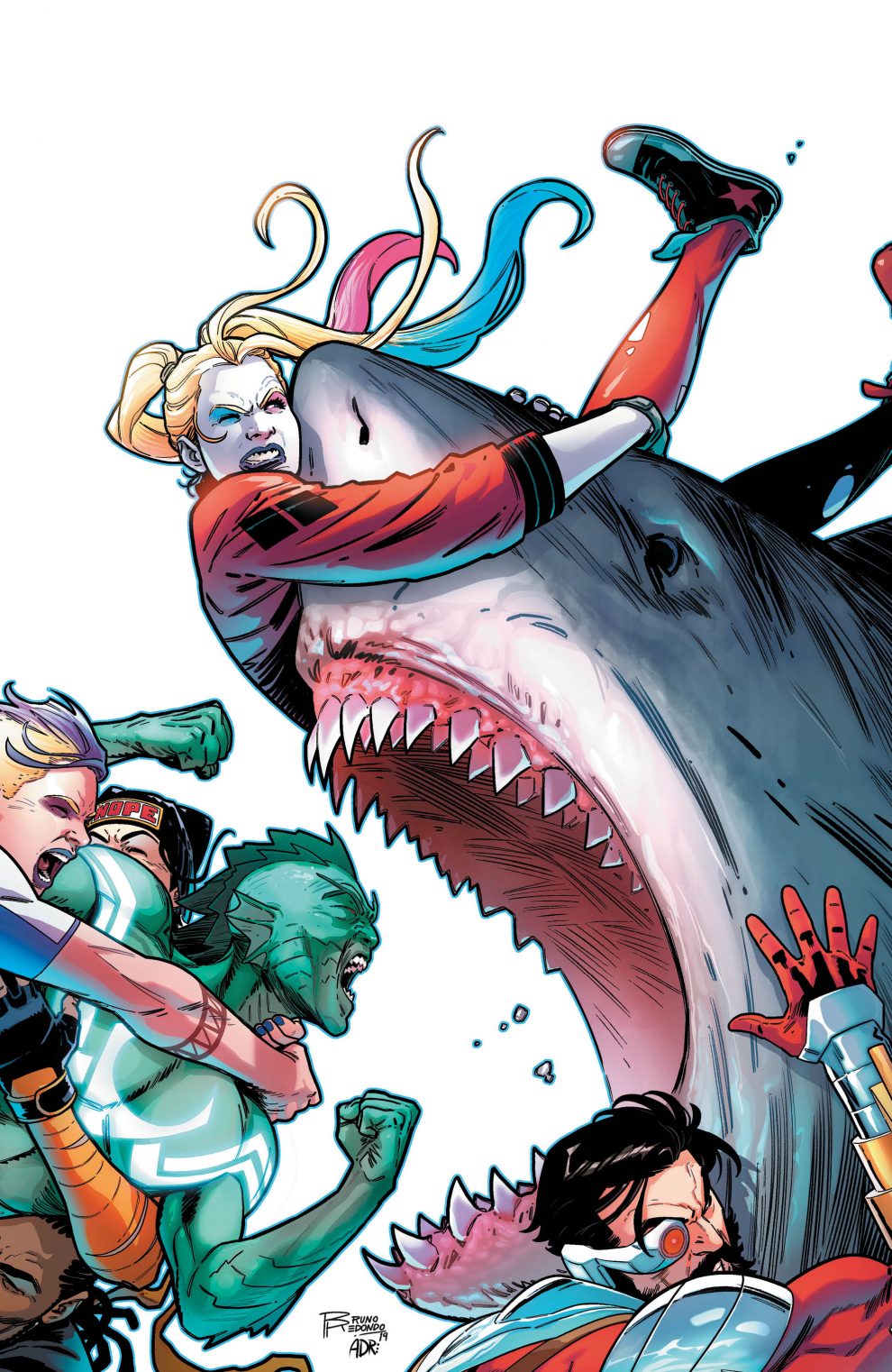 The aforementioned new team members are a real breath of fresh air, adding a shiny new coat of paint to the proceedings. Powered up newbies such as Jog, Deadly Six and Fin are classic characters in the making, with so much scope for future missions and adventures heavily featuring them. So new and exciting are they, that in the words of Harley Quinn, “I’m feelin’ a little redundant.” Deadly Six is a favourite of mine, as his ability to physically unleash the powers of six out of the seven deadly sins upon his enemies is really vivid, and very original. Whilst his refusal to channel lust due to it being “icky” is noble, one gets the feeling that it won’t be long before everybody is feeling the love!
The art on offer here is once again top notch. Bruno Redondo is doing a masterful job on this title, his work is so full of life and has a hugely kinetic quality to it. Action scenes really explode off the page and take on an almost 3D quality. Taylor certainly has a proven track record when it comes to writing blockbuster action, and he’s found the perfect collaborator here in Redondo. I’m a huge fan what they’re doing here, and hope that the two consistently work together as a Snyder/Capullo style package.

Another high quality issue, with plenty to sink your teeth into. A bigger picture is certainly being painted here, with the identity of Lok’s cruel superior destined to end up being a jaw dropping moment. As the issues roll on, it’s clear that along with the “mission of the week” style adventures, we’re going to be taken along a journey to bigger things.
With the promise of a certain Aussie character returning in issue 4, the team is shaping up very nicely indeed. For a veteran title, the re-invigoration here has been tangible and Suicide Squad is certainly worthy of a seat at the top table.