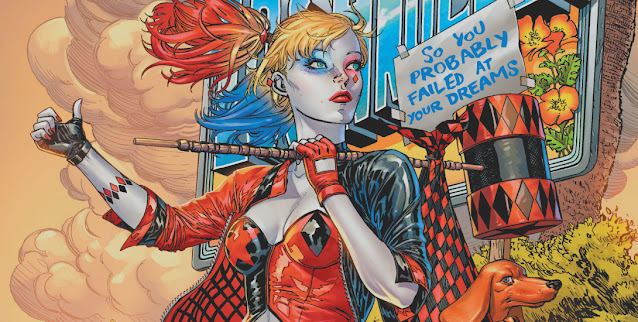 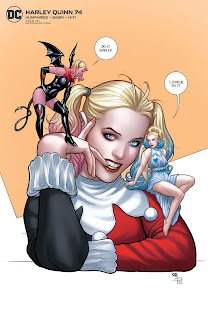 Hope Is A Dangerous Thing For A Woman Like Me

Harley Quinn #74 is here, and it sadly signals the beginning of the end that will come with issue #75. When we last saw Harley, she’d finally gotten the information she had been waiting for, by finding out who had killed Alicia, as we learned together that Granny Goodness was the culprit behind Harley’s friend’s death.

With Harley Quinn #74 ending the “California Or Death” arc, it remains to be seen how this series is going to end. That being said, there were a few things that I absolutely loved, and others that caught me by surprise. For an arc that took so long to build, the end results were a bit fleeting, and almost felt a little throw-away. The fight between Harley and Granny Goodness felt a little unsatisfying, in my opinion.

Now, don’t get me wrong, there’s so much in this issue that is absolutely wonderful! Harley and Becca saying goodbye to Alicia, the deep lessons that Harley learns, and the ending, all caused a definite fan girl reaction from me. The covers for this issue by Guillem March and Arif Prianto, for the main, and Frank Cho and Sabine Rich, for the variant, are stunning. Harley Quinn #74 ties up a lot of the loose ends of the arc, it just felt like the mastermind could’ve been any villain, and still would’ve made just as much sense. 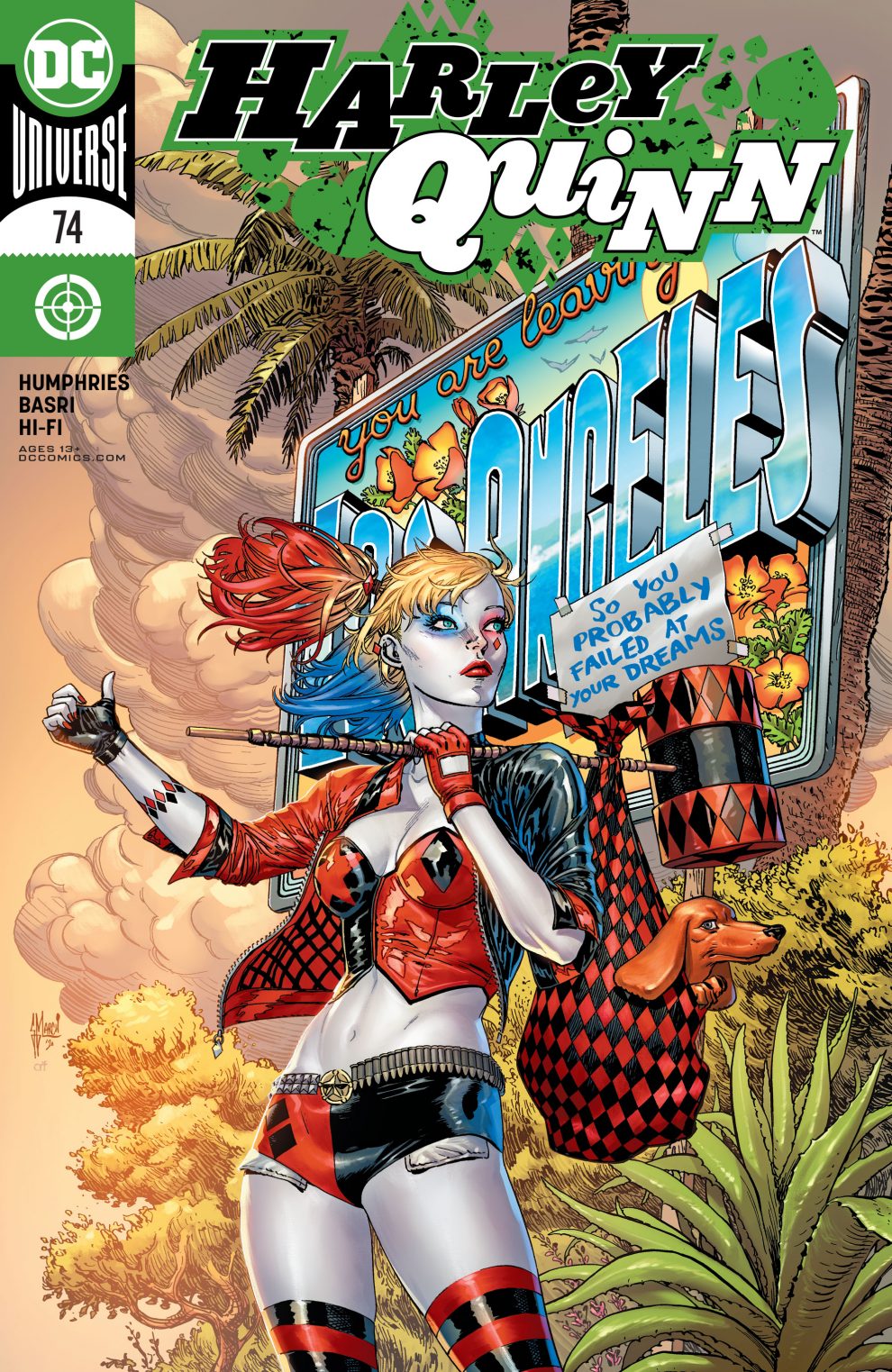 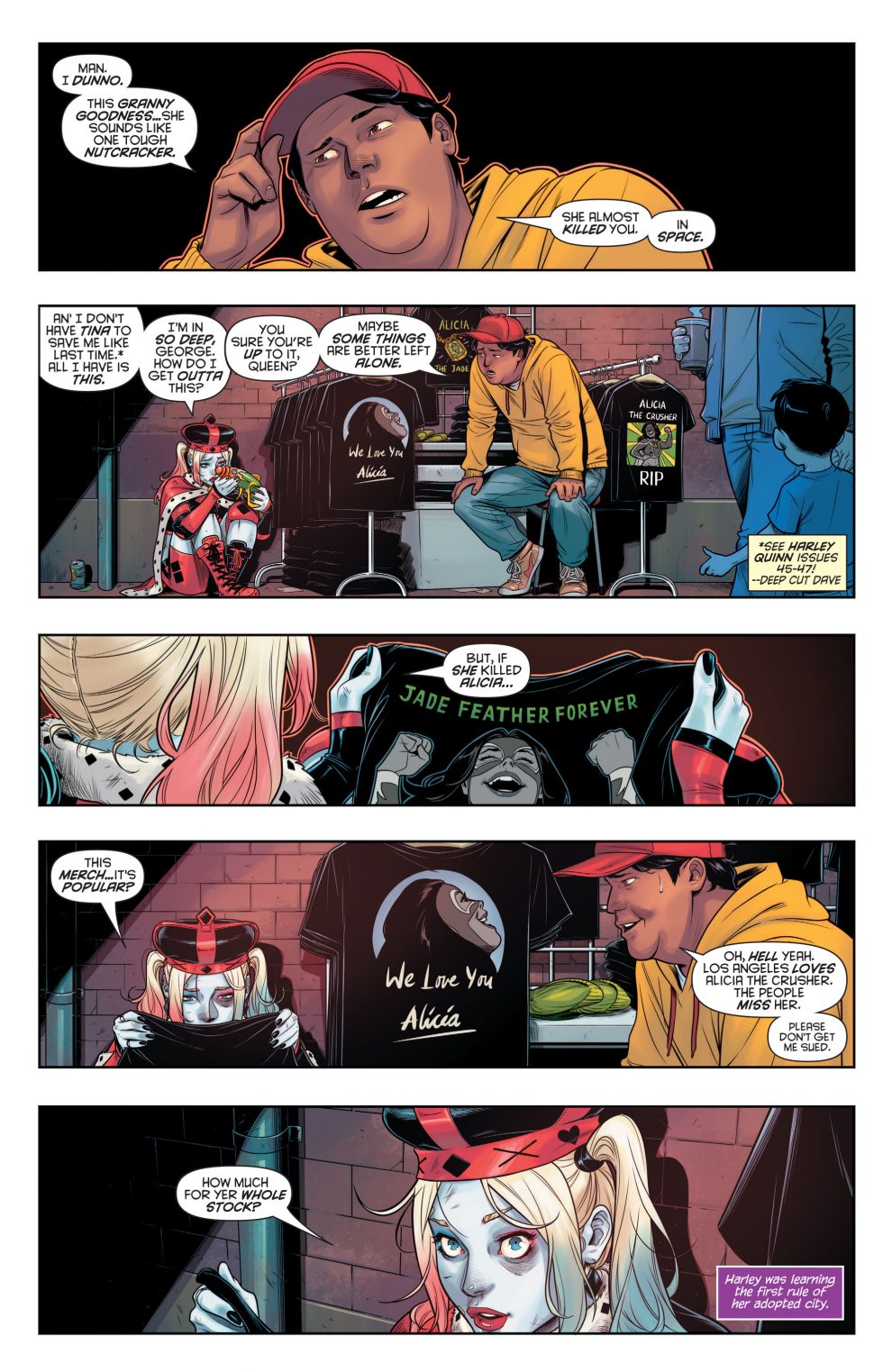 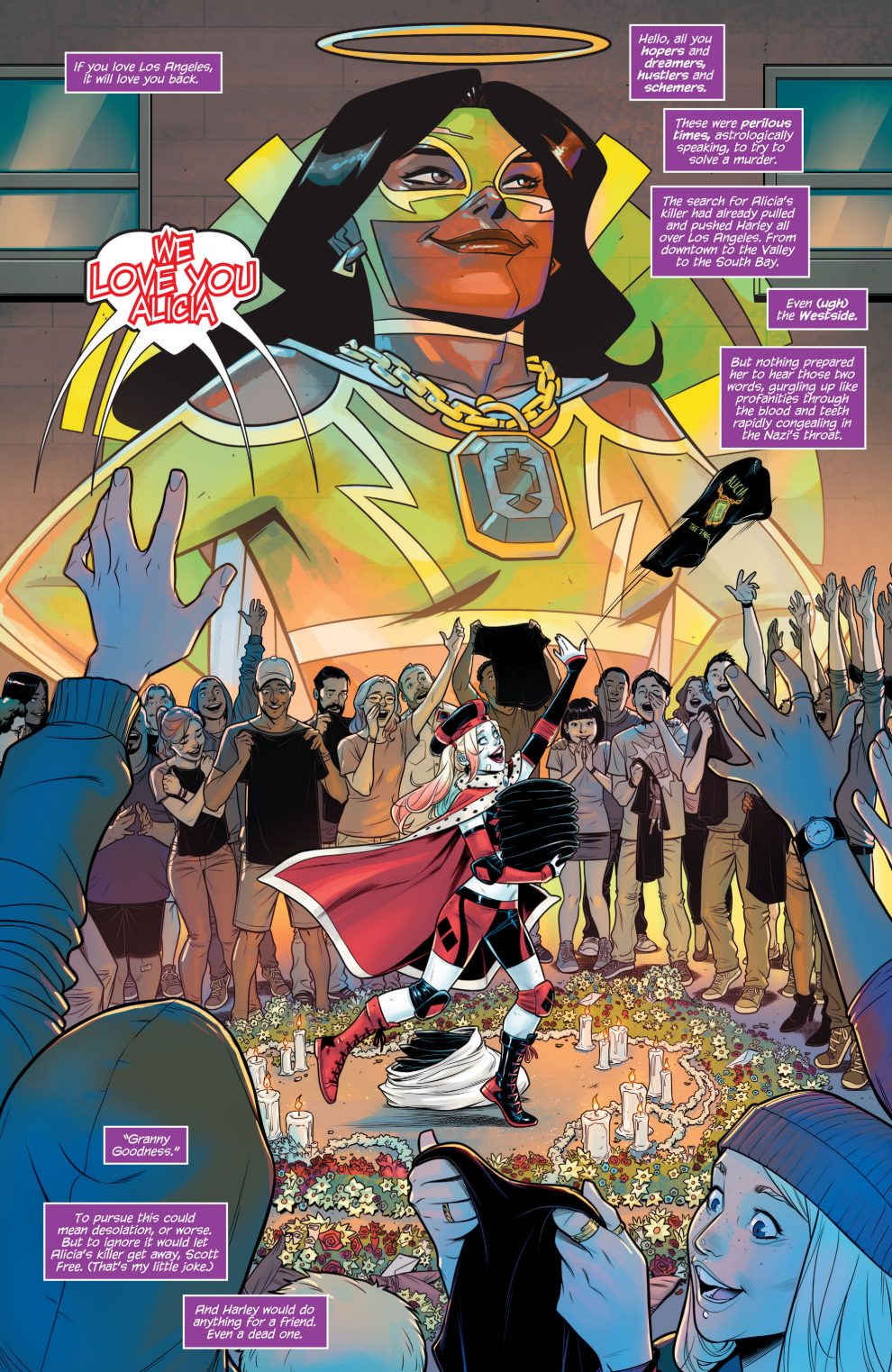 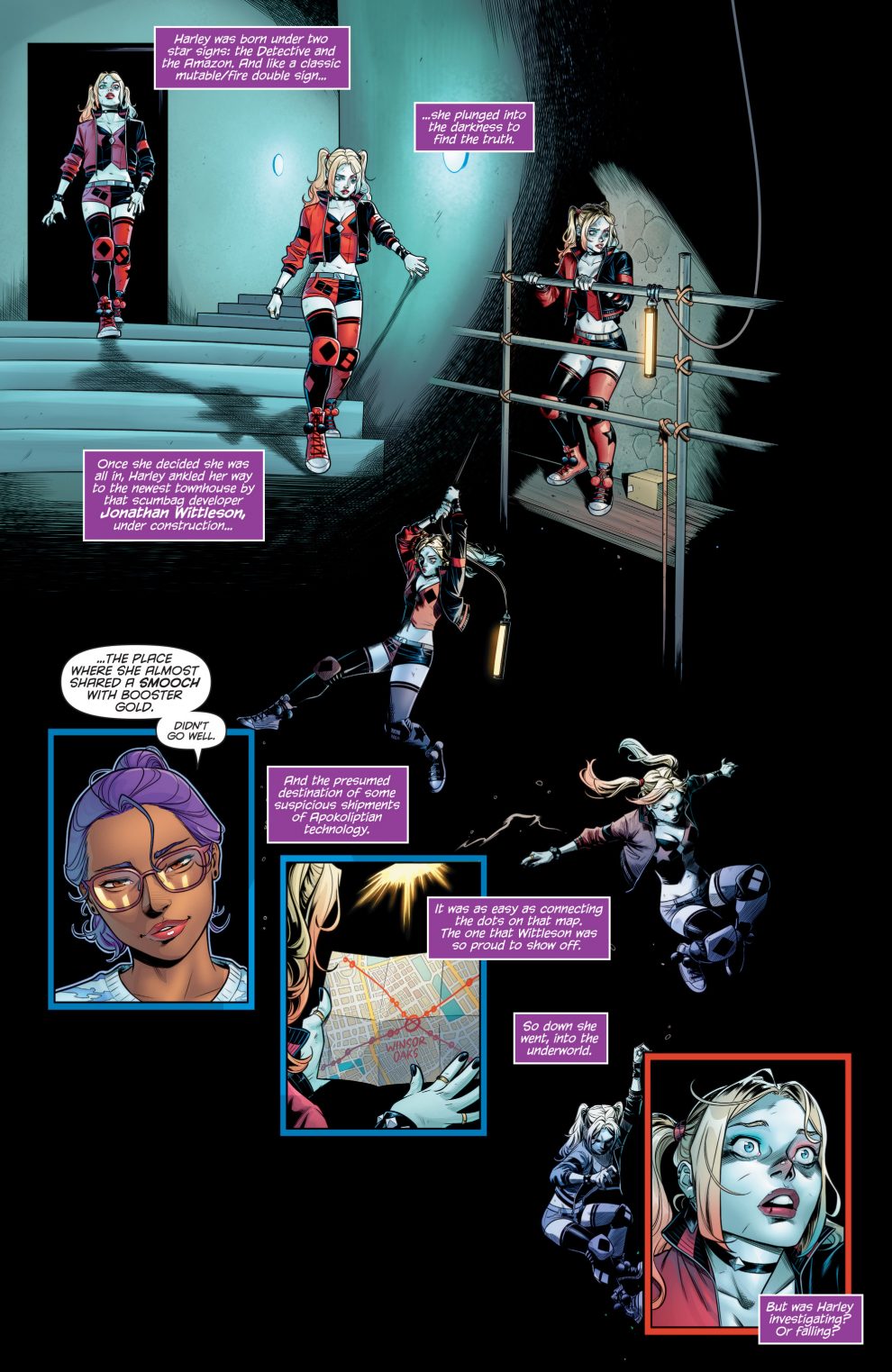 Harley Quinn #74 leaves us with just one more issue before the series, by this creative team, ends. It seems a hefty undertaking to complete the series in just one issue, but Sam Humphries has assured us that all has gone according to plan, so far.

I’m hesitant to see the end of a series that gave me my love of this amazing character back, and there have been many Harley projects since starting with this series, which have definitely expanded on my love for her. This main title was the spark and consistent burn that I needed to rekindle the love affair.

I look forward, with a box of tissues, to Harley Quinn #75. I’ve already pre-ordered my special variant, by wildly talented Shannon Maer! See you for the next issue!