Review: Batman And The Outsiders #15 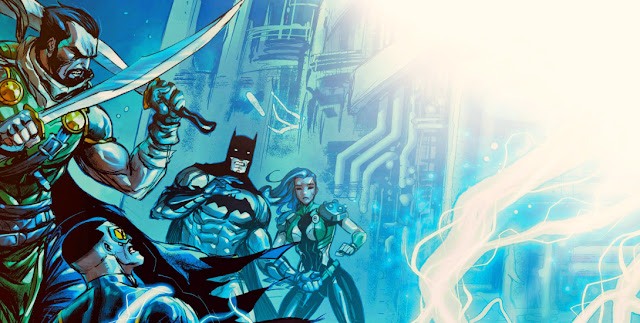 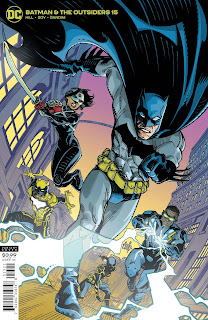 With only two issues left after this one, Bryan Hill, Dexter Soy, Veronica Gandini, and Clayton Cowles are turning up the heat, In Batman And The Outsiders #15.

This issue is a masterclass in how to build tension and suspense, and very page leads, inexorably, to a final splash that left me on edge, anxiously awaiting the final two issues of this excellent series. Bryan Hill writes a pitch perfect Batman, and his Ra’s Al Ghul would make Denny O’Neil himself proud. These two enemies are headed on a collision course, and I’m fully invested.

A Jungle Of Glass And Steel

I’m really going to miss this book, but the creative team aren’t taking their foot off the gas. If anything, this issue contains some of the best visuals that this art team has ever produced. The Tokyo skyline on page two is a Blade Runner-esque nightmare in neon, and an amazing collaboration between line artist and colorist. You can almost feel the hum and vibration of the traffic far below, thanks to the beautiful use of light and texture, by the incredibly talented art team. 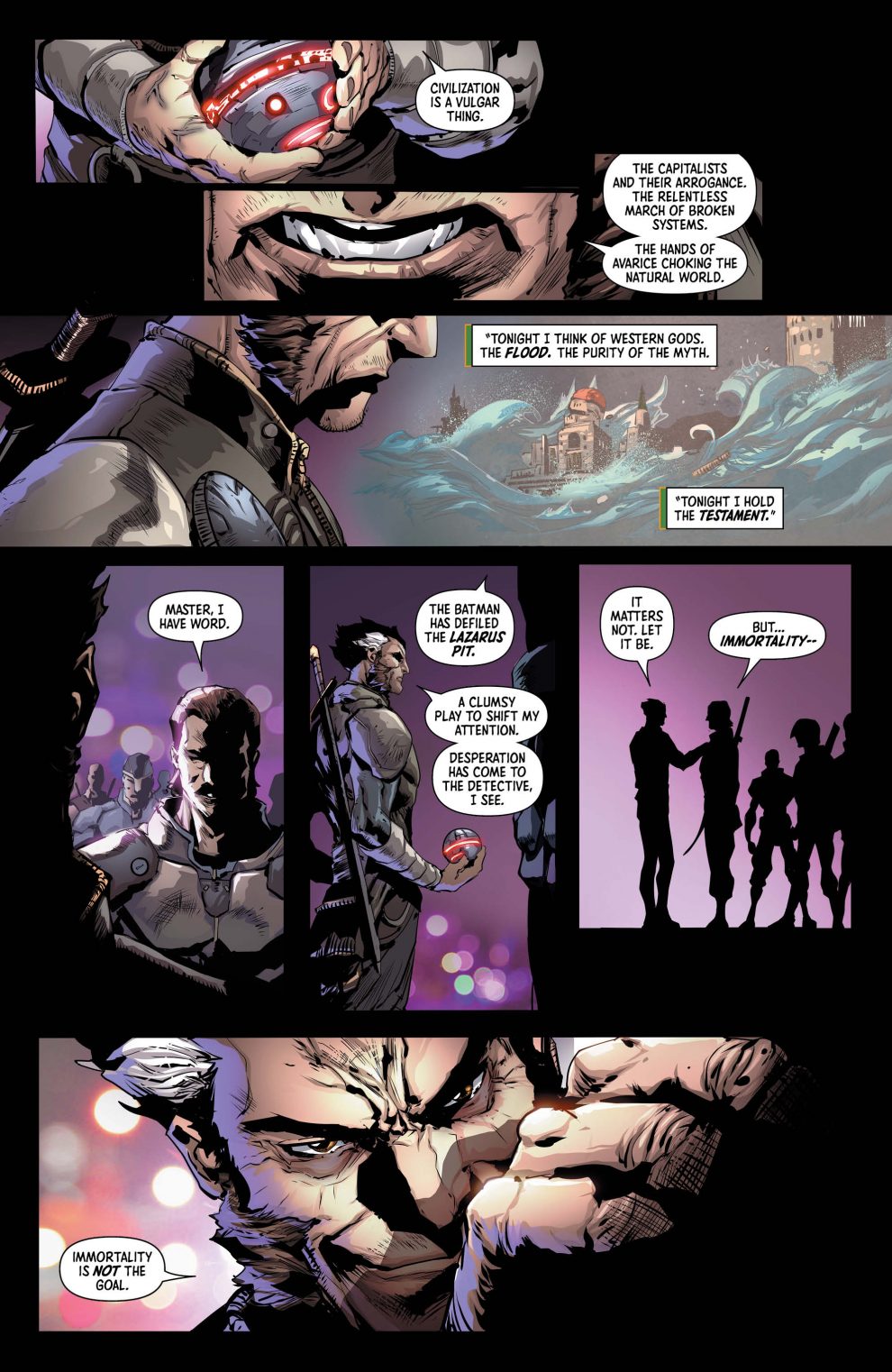 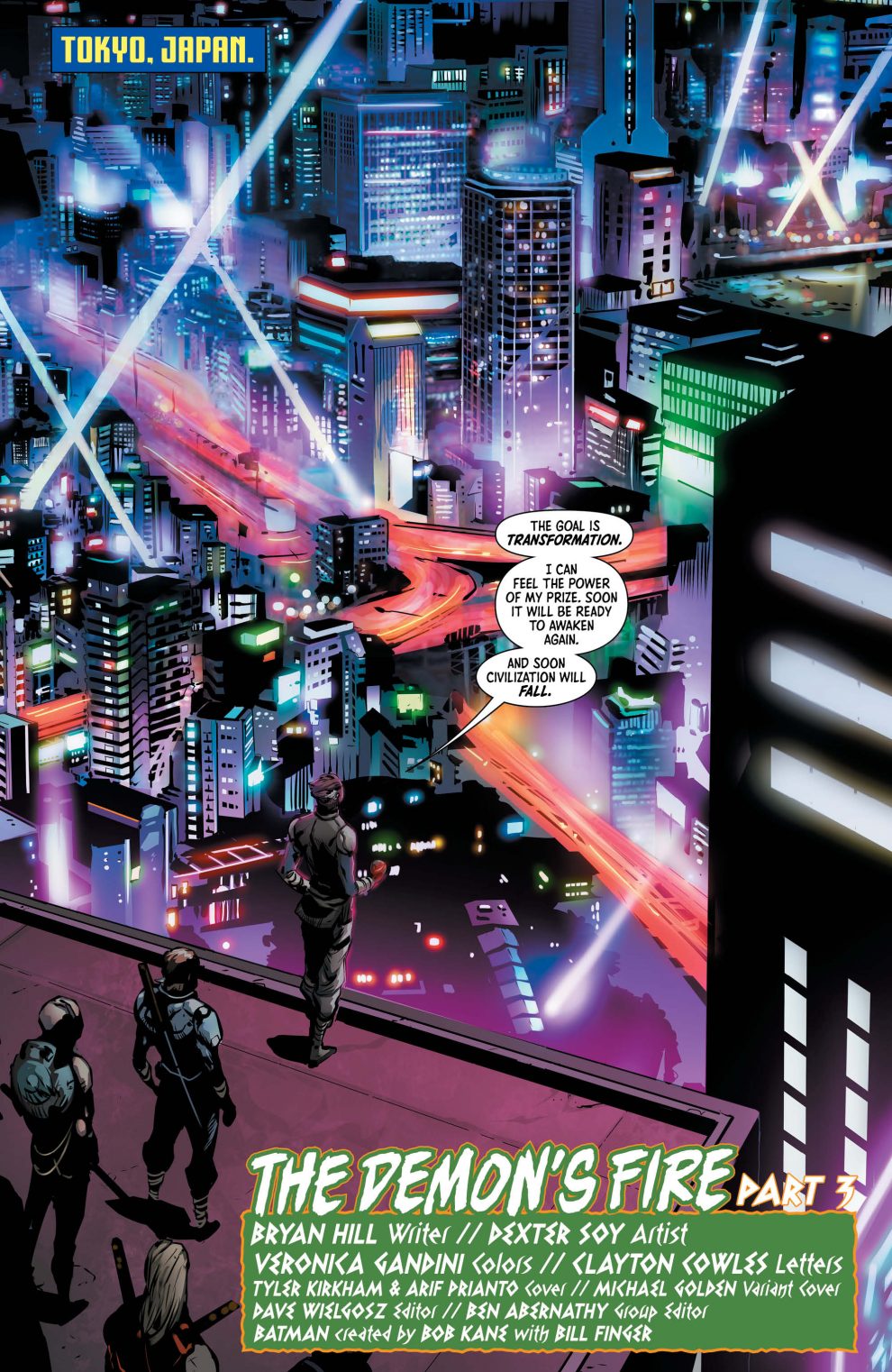 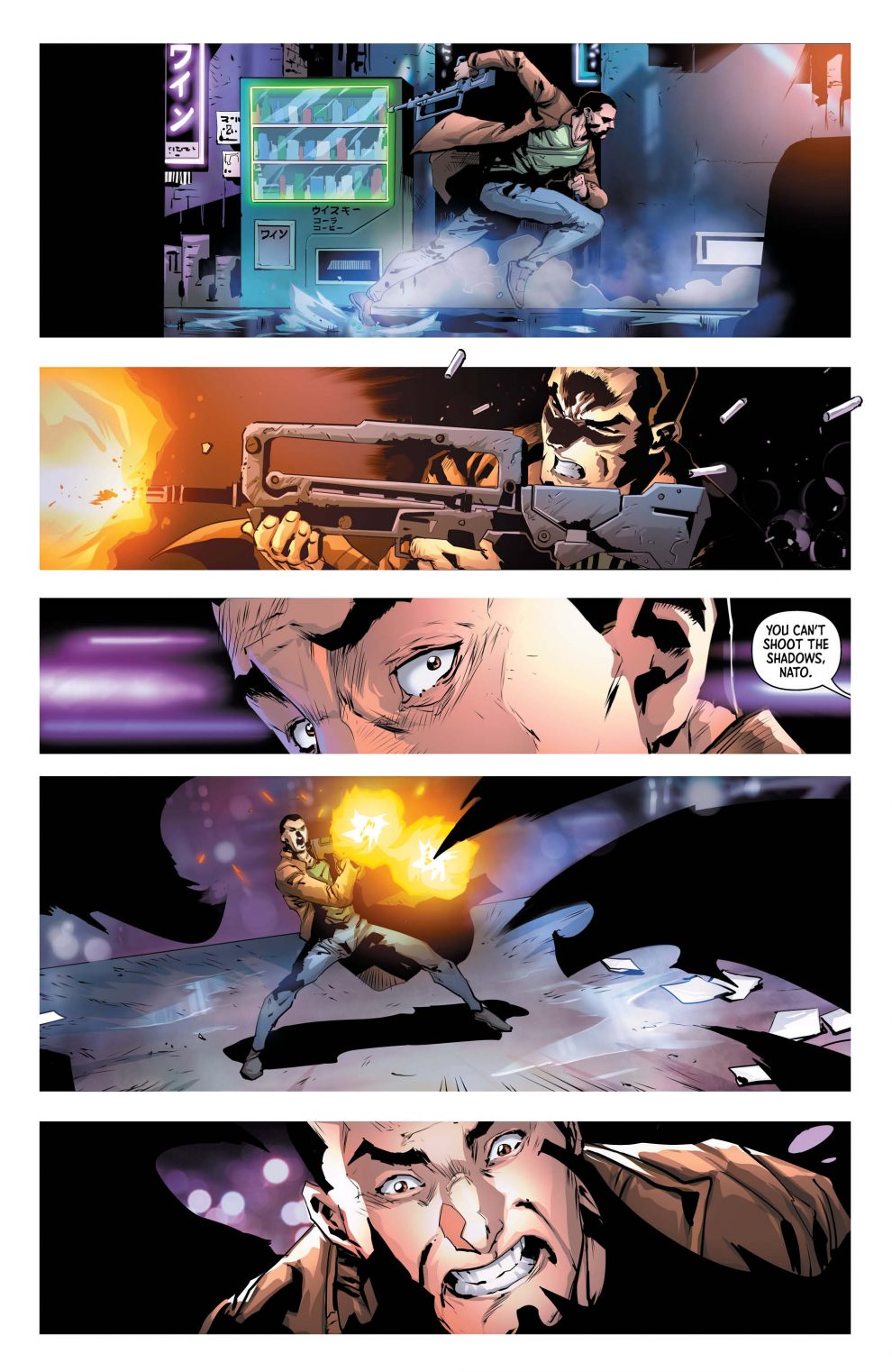 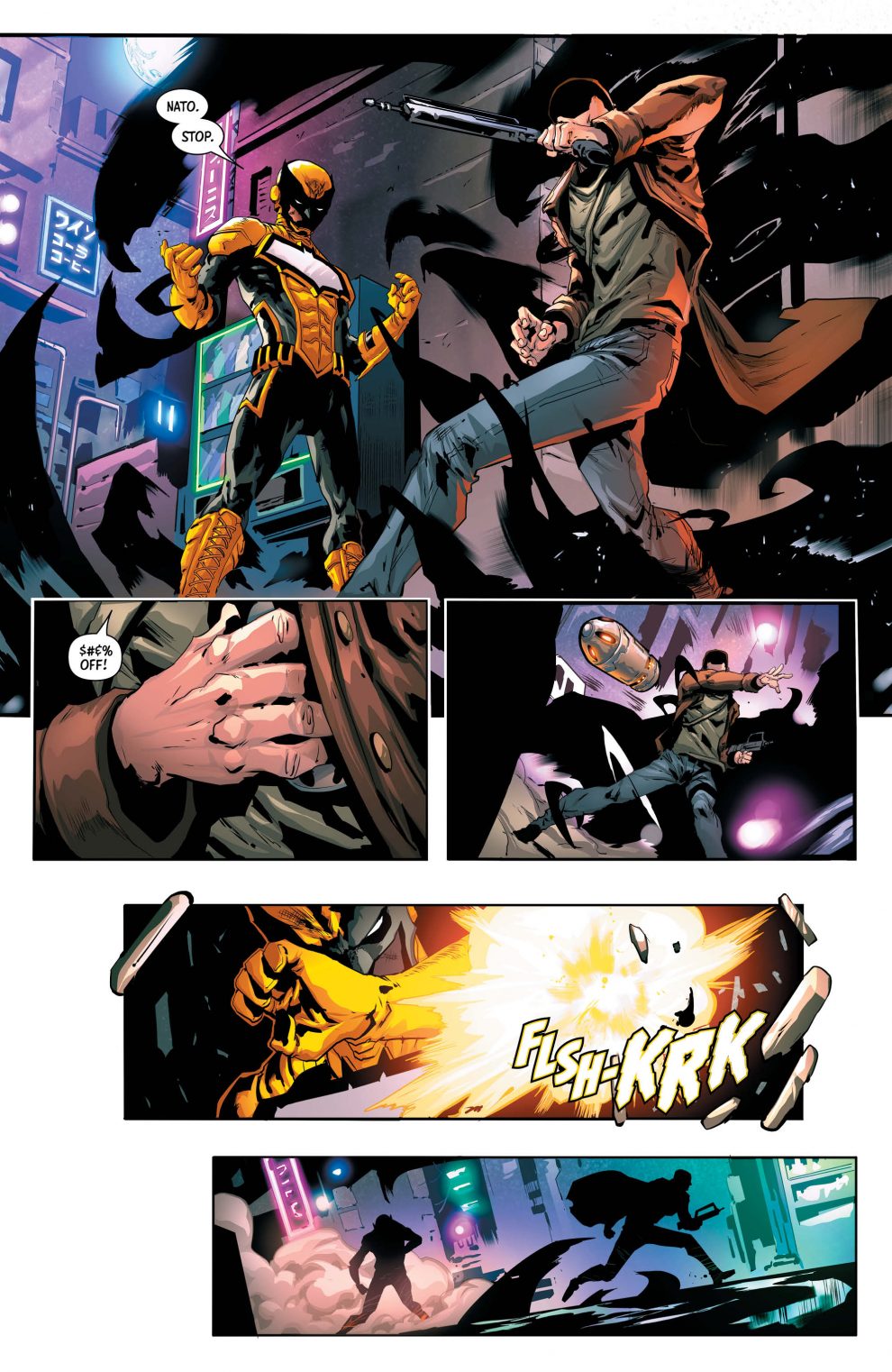 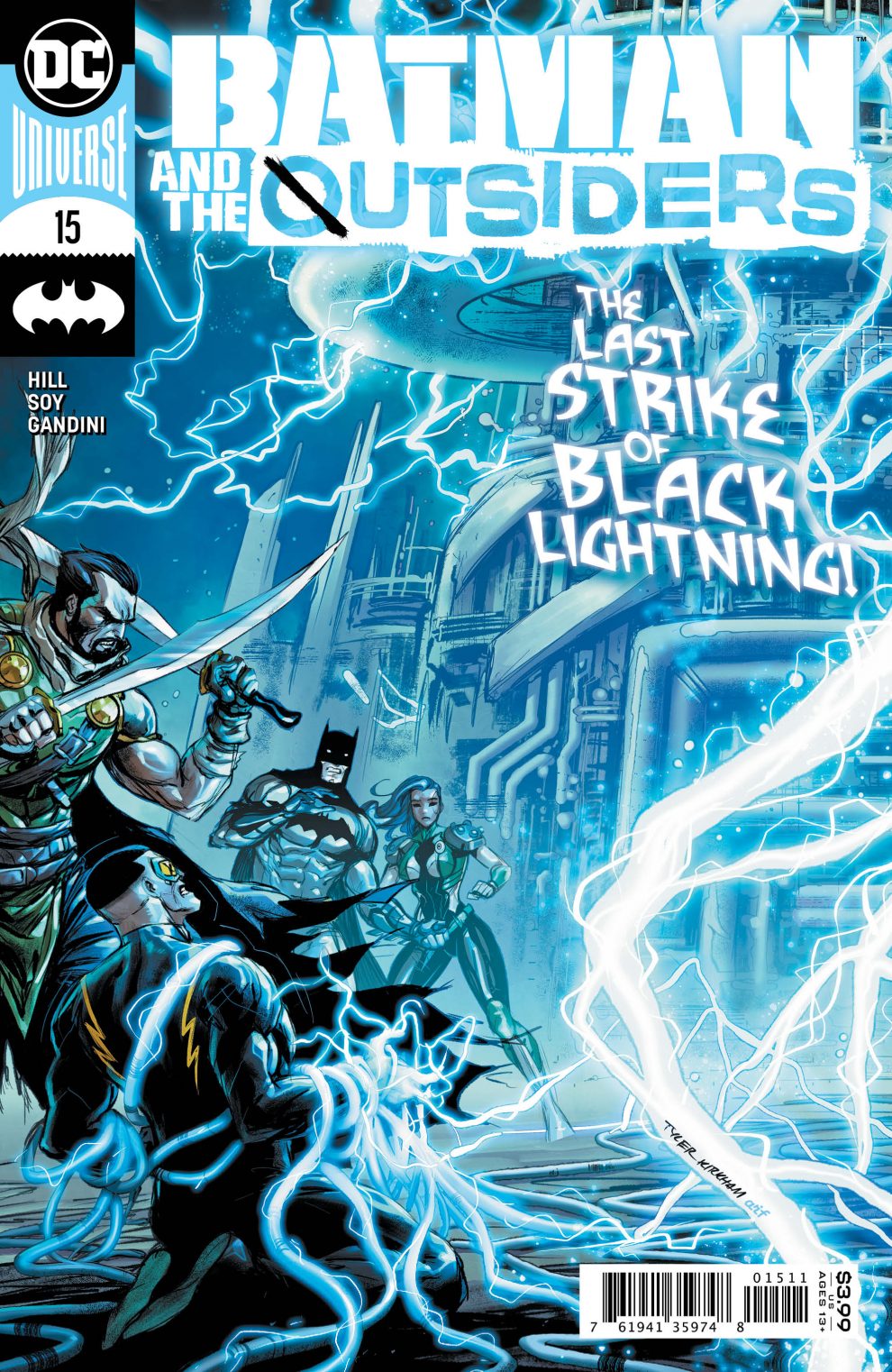 Page eight delivers a vintage Batman, cloak billowing in the wind as he leaps into the cold, night air. Jefferson Pierce is depicted as a force of nature on page 18, and the final splash on page 20 is a shadow and light masterpiece. Clayton Cowles must have had an absolute blast lettering these pages, because they’re gorgeous. His work adds a beautiful final flourish to the proceedings.

Batman And The Outsiders #15 is terrific. I get all the characterization I love (Duke, Shiva, Tatsu, Batman, Jefferson and Ra’s all shine) and action a go-go. I don’t know the reasons why this series is ending, but it looks to be going out on a high. Every single issue has been a joy to read, and I both anxiously await, and sadly dread, the final issues.