Fan Retrospectives: Spider-Man: The Clone Saga: Part 35: It Began With a Bang Not a Whimper 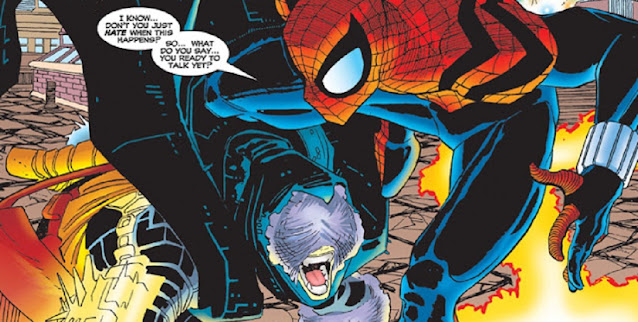 After the exhausting "Blood Brothers" crossover, it's nice to see a one-off issue. This comic picks up on dangling plot threads from  Hobgoblin and Cell-12.

I hope nobody was attached to Cell-12, because they're gone after page three. The Hobgoblin was so disappointed in their performance that he kills them all with a pumpkin bomb.

Meanwhile, Peter and Mary Jane are shopping while being stalked by yet another mysterious stranger.

Peter gets a call to come into the Daily Bugle and meet with J. Jonah Jameson. It turns out that the picture he took of Spider-Man holding the Spider-Skeleton was so successful, Jameson wants to hire Peter as a staff photographer. 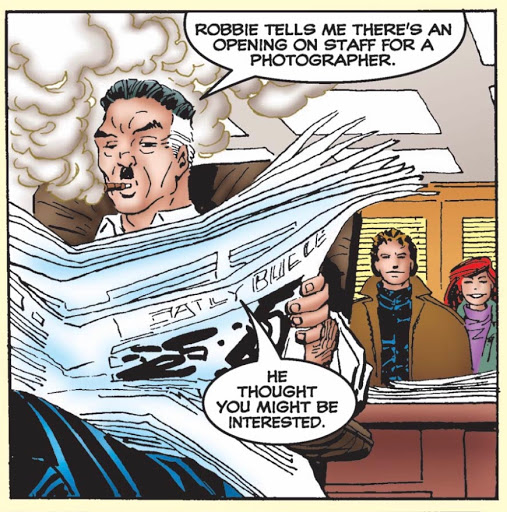 Peter accepts and him and MJ plan to move back to New York after living in Portland, Oregon for only two months.

Somewhere else, the Hobgoblin actually is feeling reflective and moody. He's realizing that all his life choices gotten him no where with nobody to love. This is probably the only time we've seen Macendale have thoughts and motivations beyond killing Spider-Man. He's alone with nobody to love him, only made worse now that he underwent surgery to graft cyborg parts to his body.

Gaunt comes in to tell Hobgoblin that  he's done and is paid off. Interestingly, Hobgoblin doesn't really care about the money, but just longs to be  a part of something bigger. I wished we saw this personality more in Jason Macendale Hobgoblin. If we did, there might be a chance he wouldn't have been killed off in Hobgoblin Lives. 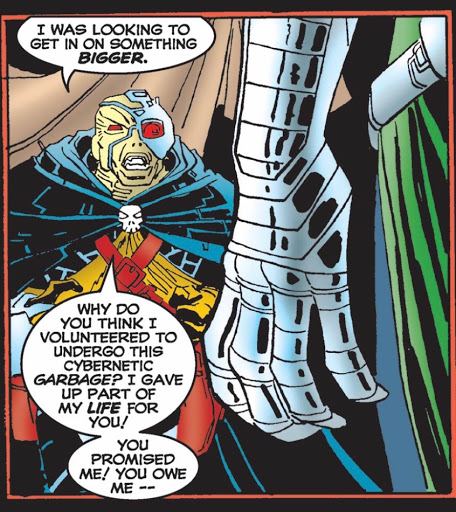 Unfortunately, the character moment is cut short with the appearance of Spider-Man. Hobgoblin and him duel it out, but Hobby is not at the top of his game. He just gotten man-handled and demoralized by Gaunt, so Spider-Man takes him down pretty easily.

Stupidly, the Hobgoblin confessed to being responsible for ruining Ben Reilly's life while Peter Parker and Ben Urich caught it on camera.

Thus, Ben is cleared. Surprisingly, the Daily Grind coffee house is completely rebuilt by issue's end. That was super fast turn around, because the caption clearly says, "The next day..." Even funnier, the Hobgoblin says that he burned down the coffee shop only last week. Shirley's insurance and contractors must tap into the Speed Force or something.

Ben, Peter, and MJ celebrate. But Peter accidentally breaks a glass with his bare hands. Peter claims the glass was defective, but I think we all know better than that. Don't we, intelligent readers? 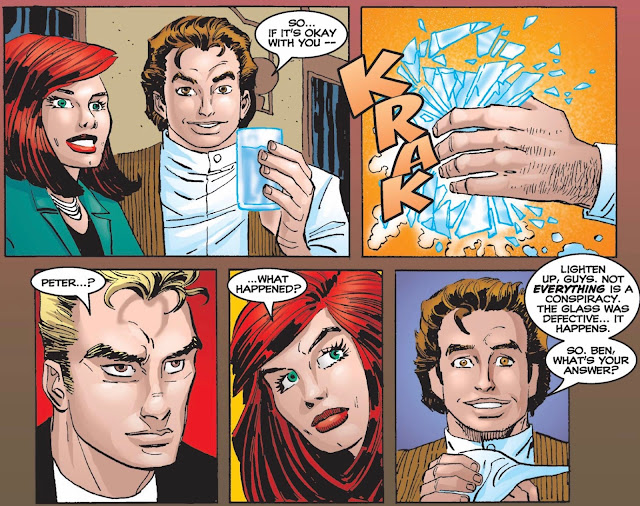 This one-shot comic is a great side-story. The Hobgoblin is actually the most interesting here than he has been in years. Peter's career actually progresses and he finally makes a staff position at the Daily Bugle. That's a cool evolution after being a freelance photographer for such a long time.
The other hanging threads are wrapped up with satisfaction too. It's nice to see Spider-Man win such a huge definitive victory.  Probably my favorite issue since Sensational Spider-Man #0. 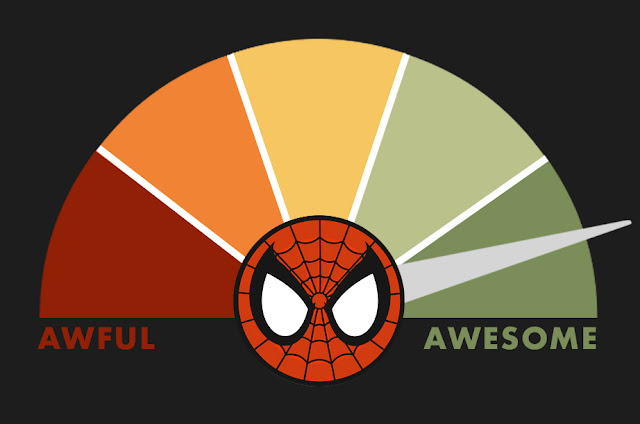